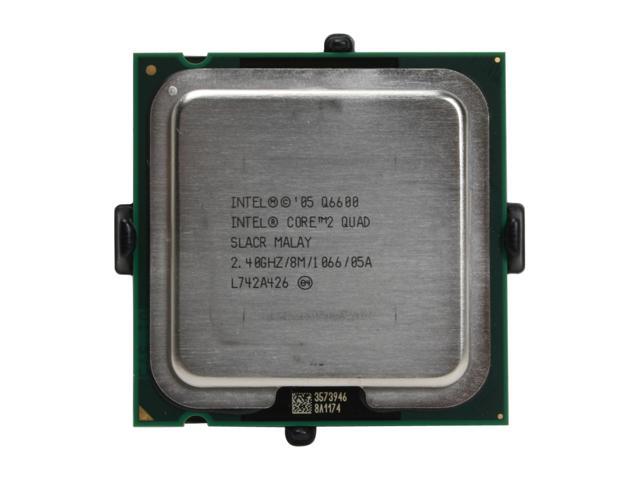 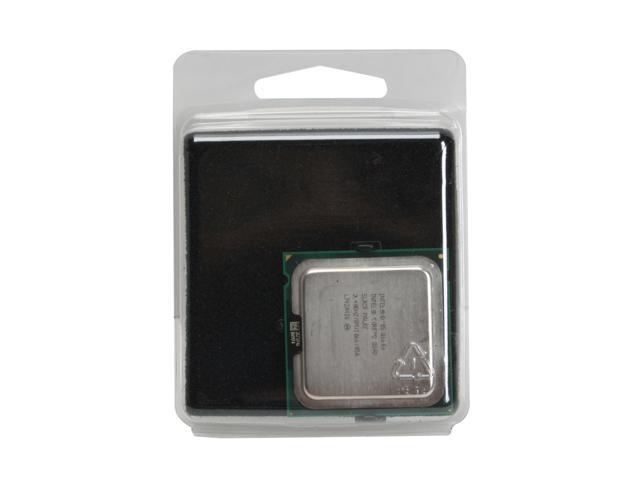 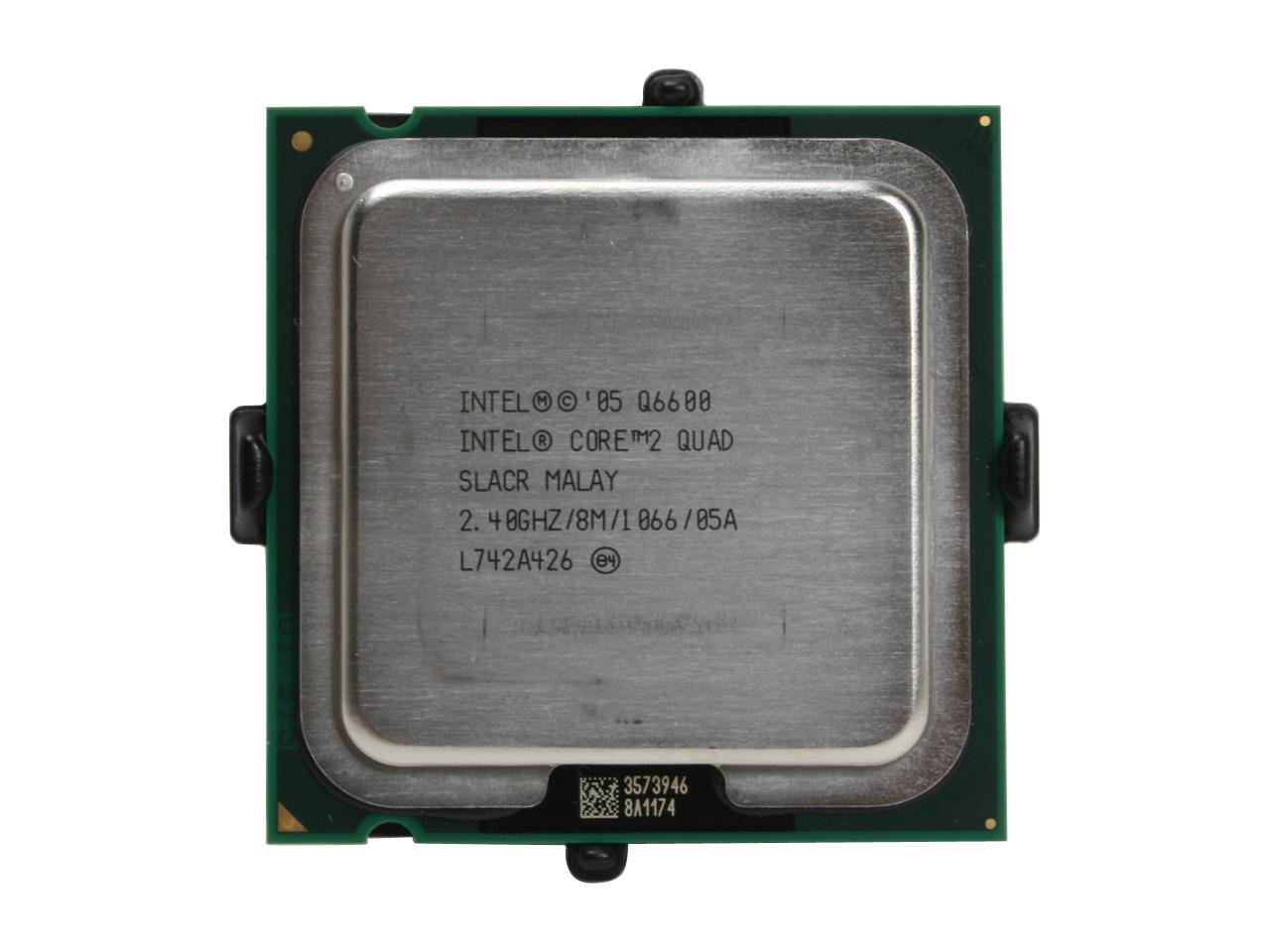 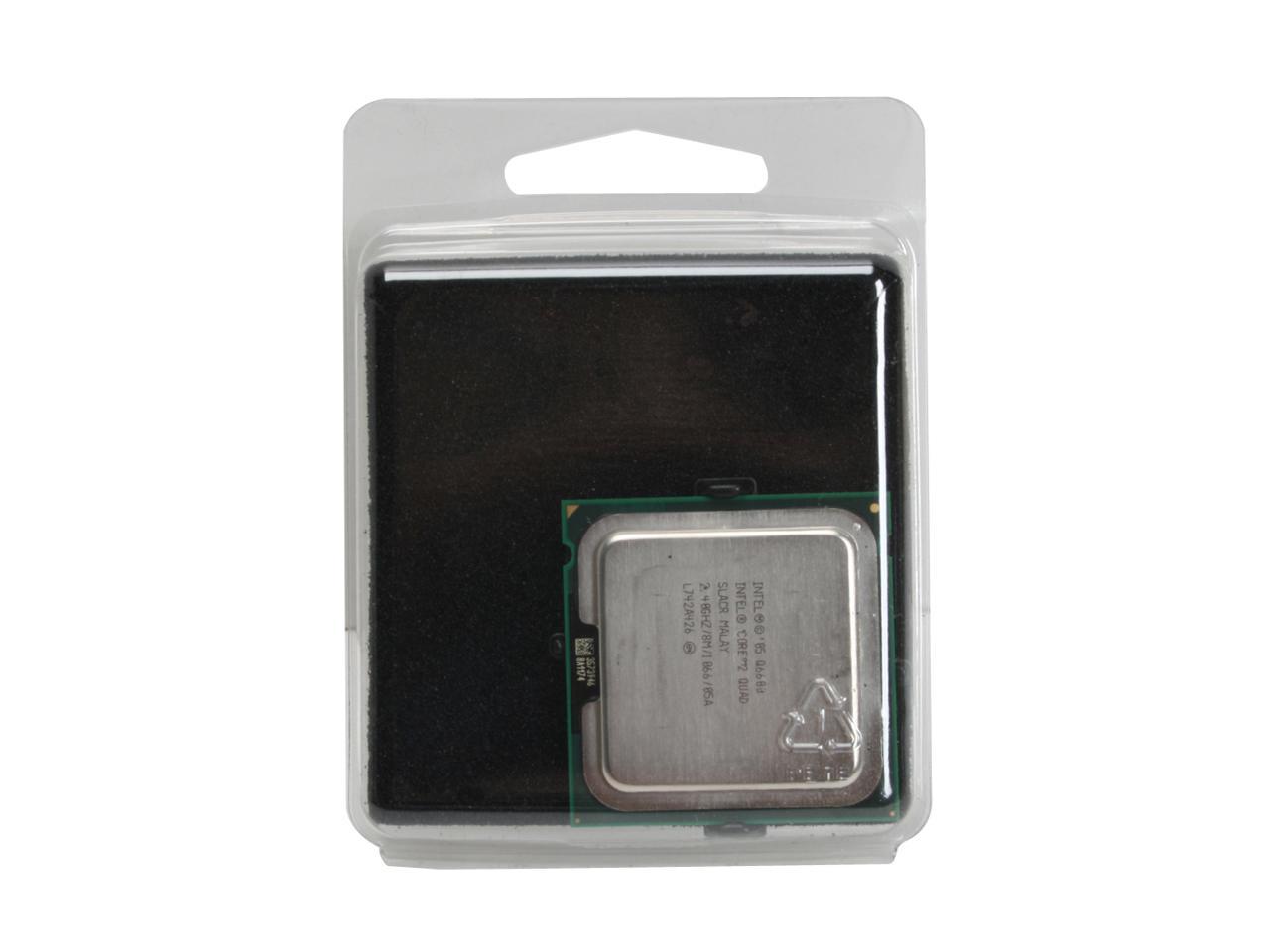 Overall Review: Nice CPU. Went from a E6750@3.5ghz to this and Vista is noticeably smoother and more responssive for every day tasks.

Pros: This is the perfect "sweet spot" processor in terms of price/performance/overclockability for a quad-core.

Overall Review: I got a board and ram rated to run at 1333 fsb, and was able to clock this processor to 3.0 GHz with no modifications to voltage or anything else. It runs rock-solid. I'm sure it could go much higher.

Pros: Overclocks very well even on air cooling, my maximum stable was 4.0 GHZ. I ran this CPU for 4 years straight @ 3.4 GHZ, only recently stepping back to 3.2 in the interest of lifespan. I have never seen a temp over 70C.

Cons: Uhh.. After a full 5 years and 3 months of ownership, I cannot possibly begin to point out any negative aspects of this processor.

Overall Review: Simply must be replaced... no way can this hold a candle to a new i7. Sad to see it go. Will likely put it to use inside a NAS one day. I realize this review is extremely late, as this is a discontinued CPU, however some people might like to know the potential these had to last.

Cons: An equally-priced dual core will still outperform it in games (but not in all things)

Pros: Recieved G0 Q6600 oem. OCs very easy to 3.0Ghz with 1333fsb. 35c idle and 47c load. On a Gigabyte P35 board thats rock solid. Quad increased my performance in games. Compressing files with RAR is alot faster. Converting AVI to DVD takes 20 minutes... I havent tried to OC any further so the cpu could go higher. I tested Prime95 for 12hrs and it didnt have any errors. No volt increase and doing 3.0ghz 1333fsb easy.

Cons: No Intel Core 2 Quad sticker to pop on the front of my case.

Overall Review: I was shocked to see no pins on the cpu. That makes it idiot proof for newbs. The Gigabyte P35 board installed automaticly. You need an aftermarket cooler that big and solid copper.

Pros: cheap, got a G0 stepping (i doubt theres any B3's left out there now), overclocks like a dream.

Overall Review: i put this into a Gigabyte EP45 UD3P motherboard and cooled it with a Thermaltake SpinQ, great combo.

Pros: This processor is amazing. I'm upgrading from an old 2.8Ghz P4 so the performance increase cannot be realistically compared, the Q6600 just blows the P4 out of the water with dynamite. I can't believe I waited so long before upgrading. I had no problem overclocking this processor to 3.6Ghz, before the Arctic Silver 5 broke in I was seeing 70C full load using Prime95, that dropped down to 65C for myself, ambient temps were about 25C. That is a little high for me personally, so I dropped it down to 3.2Ghz and I honestly don't see a difference in speed for the things I normally do (gaming, email, internet, VM's, etc.). However temps dropped down to about 55C at full load in Prime 95, same 25C ambient temps. Idle temps are also great, for me it idles at ambient temps no problem, this partially has to be because of the SpeedStep and the fact that I can run the stock motherboard vcore voltage (1.28V on my gigabyte board) even at 3.2Ghz. I'm using a 400Mhz FSB and 8x multiplier.

Cons: I wish it used the 45nm process, but since the Q9300 and Q9400 have a locked multiplier I decided to go with this so I could make use of speedstep and have greater flexibility for overclocking. Intel is going to be releasing a new, native quad core processor later this year/early '09. But I needed to get a new computer now.

Overall Review: If you run any kind of monitoring program to monitor core temperatures it is common to see cores 0 and 1 several degrees hotter than cores 2 and 3 since the Q6600 isn't a native quad core. It isn't anything to worry about, just the way the processor is made. System Specs: Vista Ultimate 64-bit, GigaByte GA-EX38-DQ6, 8Gb G.Skill DDR2 1066, Seasonic S12 650W PSU, Samsung SpinPoint F1 750Gb, Samsung 20x DVD +/- R burner, Antec 900 Case, Zalmann 9700 HSF, ATI X1600 (waiting for ATI to release their HD4000 series cards this summer :D). I honestly haven't used Vista on to many machines, so my opinion is a little biased. But this is hands down the fastest vista machine I've ever used. I was a little leary about moving to Vista, but since they finally released SP1 I decided to make the plunge. It's a lot faster than my P4 was on a fresh install of XP or even *nix :) It is also MUCH easier to find 64-bit drivers than it was in the past.