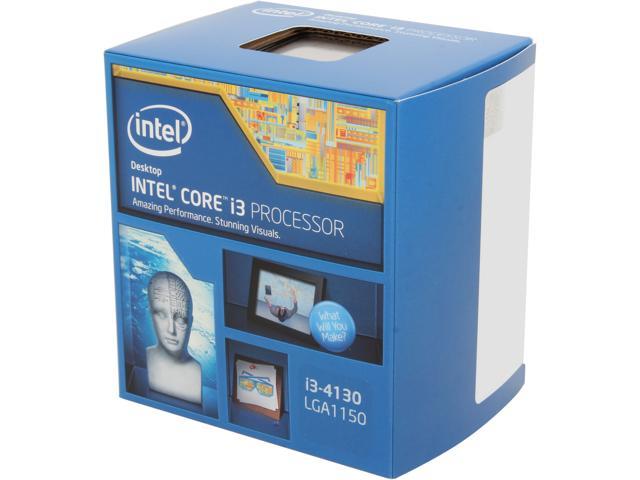 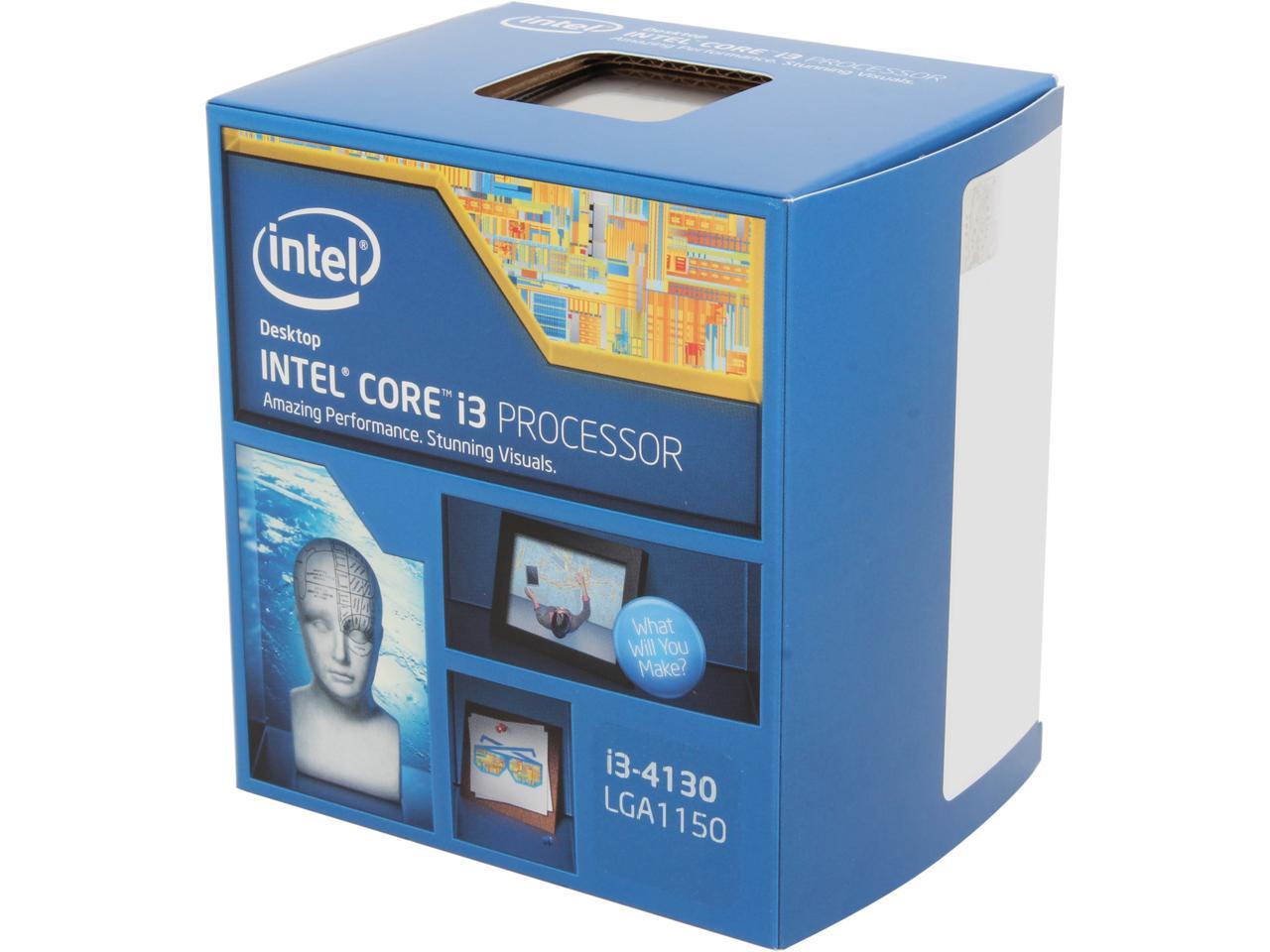 Pros: What can I say, this is a great cpu, fast supports pci express 3.0 which does give some performance boost. great hyper threaded dual core cpu just like having a quad core, works well for video encoding, editing, gaming, etc.

Overall Review: Very nice for the price if you want pcie 3.0 but don't want or cant buy an i5 or higher this will get the job done nicely works well with z87 and z97 motherboards.

gregory b.
Ownership: 1 day to 1 week

Pros: Cheap Fast (compared to the E6400 it replaces) Hyperthreaded

Overall Review: Not really much to say, I bought this for a new Haswell build for my father in law who uses his pc for a little surfing, web browsing and video watching. The new Z97 motherboards just came out and I wanted a cheap build for him that was futureproof. This cpu fitted the bill perfectly, runs at 3.4ghz, only dual core but with hyperthreading can handle 4 threads, more than enough for the father in law. The finished computer is speedy and responsive, actually impressing me greatly and my current rig is a 3770K at 4.6ghz on Z68 with 480gb SSD and 8gb pc 1600 ram. For just over $100 this is a no brainer. Love intel cpu's...

Pros: Haswell goodness on a budget.

Overall Review: I put this processor in a new build for a friend who just needed a stable, reliable computer for normal, day-to-day use. She's thrilled with it.

Cons: Considering the reason I bought it for, there are no cons.

Overall Review: This is not a K model, so it shouldn't be able to support any "automatic" overclocking. It must be done manually. Anyways, I didn't test this to the extent I would with an advanced gaming processor, as I bought it strictly for the purpose of testing other equipment. A necessary expense for testing LGA 2011 boards.

Pros: I put this in a client's computer and ran it through he gamut. It's remarkably snappy, given the price segment. About 12 sec. in wPrime 2.10, which for comparison is about 4 seconds slower than an i5 2500K clocked at 4.5Ghz and about on par with a Core 2 Quad Q9550 clocked at 3.77Ghz. Given the fact that it's dual core, that's pretty impressive, even if those are 2-4 gen old chips. Turbo boost is fast and seamless, making it possible for that dinky little stock cooler to manage quite nicely. Temps in IntelBurnTest on Very High were in the 75-80C range on the stock cooler, which pretty much means the thing can handle just about any task you give it without overheating, and without being overly loud either. With one 120mm fan installed in the NZXT Source 210 case, noise levels were nearly inaudible, which was nice. Moving about the OS was fast on a fresh install, can't really say how well it'll handle extended use and multiple installed programs.

Cons: Price, mainly. Like I said, I put this in a client's computer, and I would have preferred to have a cheaper option available without resorting to the low end Pentium currently on the market. Intel's staggered release schedule is a bit annoying. For the price, it's a bit too much processor for the low end and a bit too little for the midrange. I'm honestly not sure what specific applications this chip would have given its less powerful IGP compared to the next step up. The extra compute performance is a bit meaningless if all you're using this thing for is an HTPC as a result. If I had had the option, I would have waited for a cheaper i3 to come out, since I think $130 is a bit steep for a purely HTPC environment. And the stock cooler, while generally effective, is poorly designed. I actually had to remount it because it didn't receive the proper seal the first time. I haven't had to do that in a while. This isn't new information for most people, but Intel's cooler mounting design has been in need of a refresh for quite a while.

Overall Review: All in all I'm relatively satisfied with this processor. Yeah, I probably would have gone with a cheaper one for certain applications, but for others it is a pretty good deal. With a wPrime score of 12 seconds, this thing will handle most games you throw at it without flinching, with the exception of CPU-intensive games like RTSs and simulation games (such as Rome Total War or Civilization V). If it had a better IGP it would be reasonable regardless. It's not a BAD IGP by any means, it's just not good enough to justify the price. It manages a respectable 6.1 in Windows 7's Gaming Graphics experience index, which means it'll handle facebook games, HD content, and web browsing just fine. But those sorts of applications could easily make do with less CPU muscle, meaning a lower price.

Pros: Play WoW, and World of Tanks, this CPU, along with 8 gigs of DDR3 RAM and the Gigabyte GeForce GTX 750 Ti graphics card runs my system beautifully.

Overall Review: Forgot to include an SSD (120 gigs), talk about a powerfull budget build, approx $600 for everything and its future proof.

Pros: Great for certain uses such as a HTPC. Low power consumption. Inexpensive.

Cons: None for me.

Overall Review: Bought this for a dedicated HTPC that I leave on 24 hours a day running Plex. It plays everything just fine, even 1080p videos without hesitating. The integrated graphics saved me from purchasing a separate video card.

Pros: For a dual-core, this thing is a beast. I mostly play CPU-intensive games, and this tears through them like no tomorrow. The integrated video is also pretty good, and might be suitable for PCs used for light gaming. The chip runs a little hotter than my old Pentium D, but never goes above 55°C under full load.

Cons: None as far as I can see.