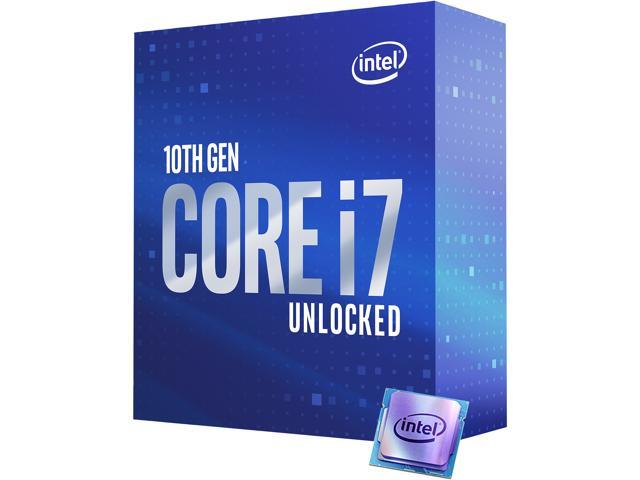 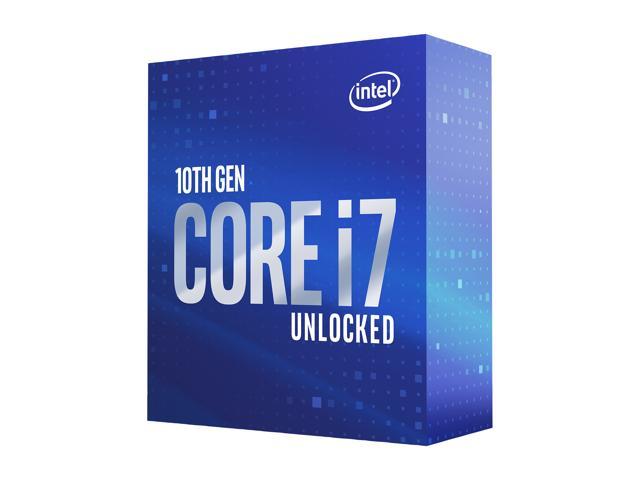 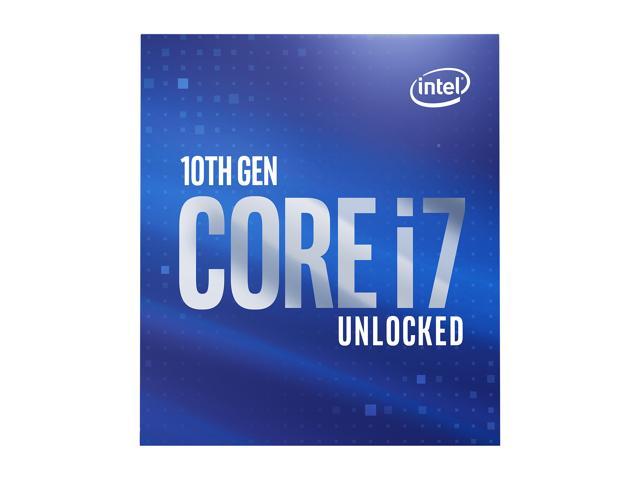 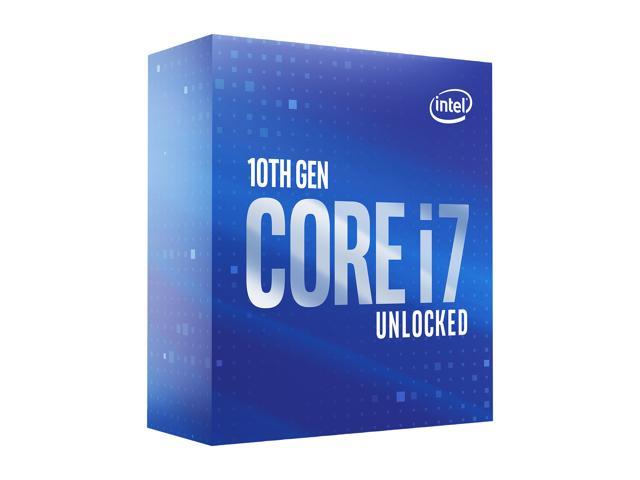 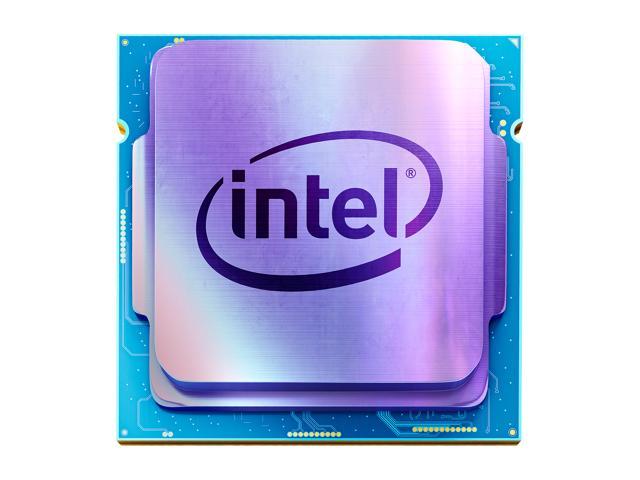 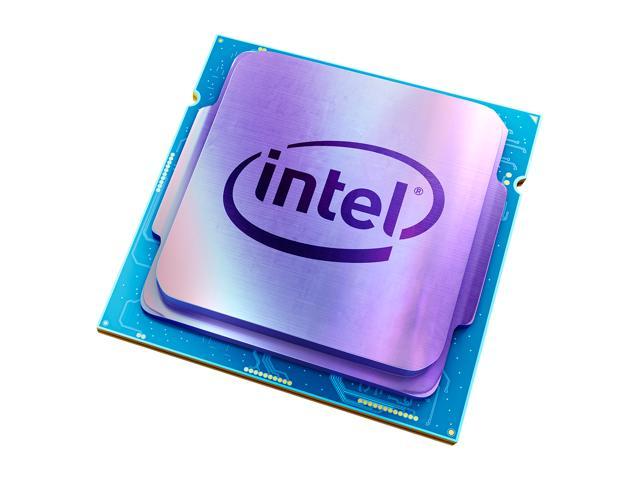 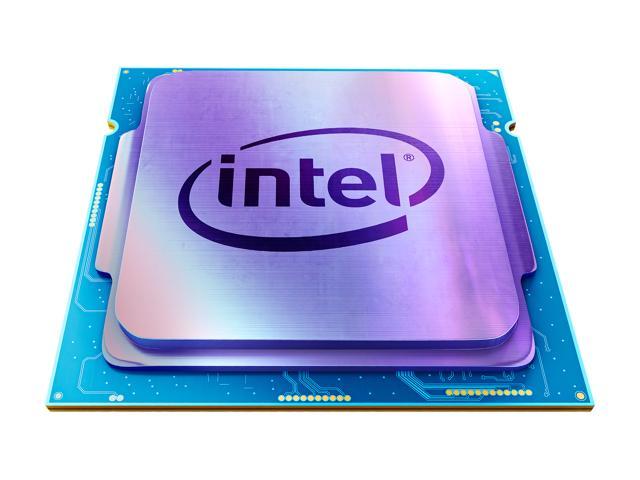 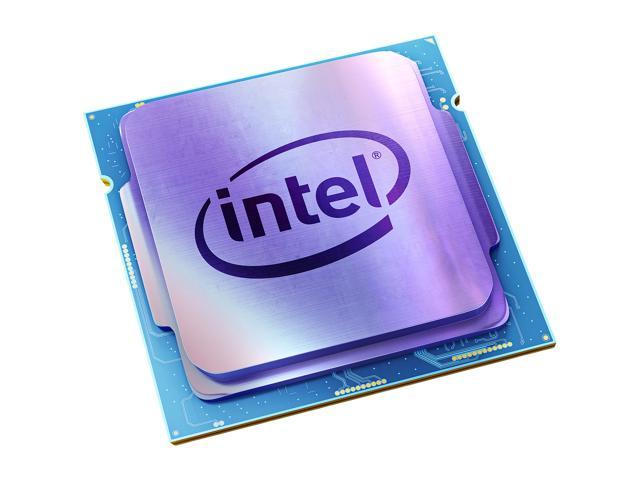 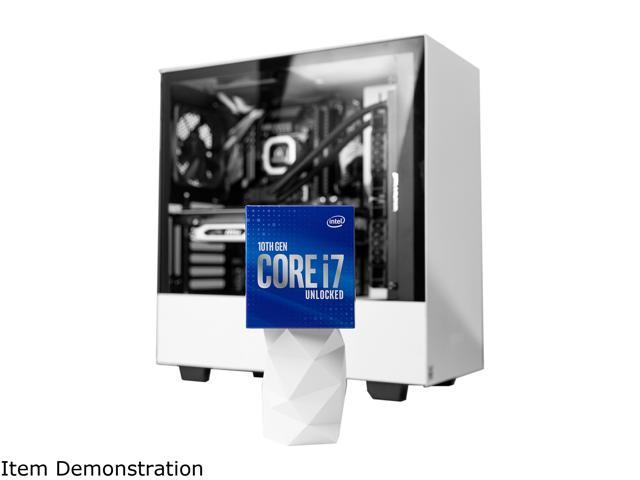 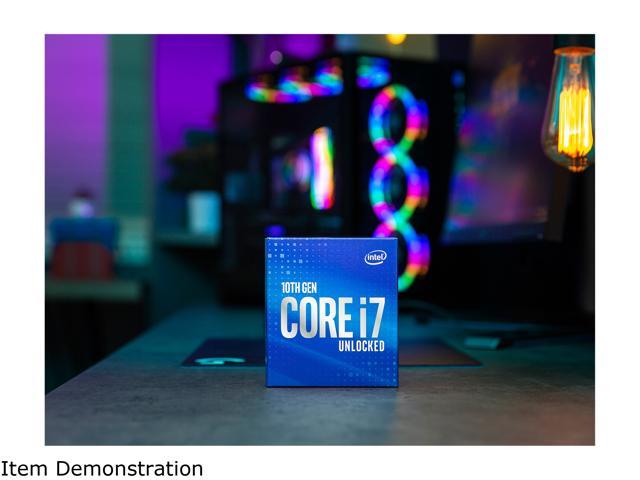 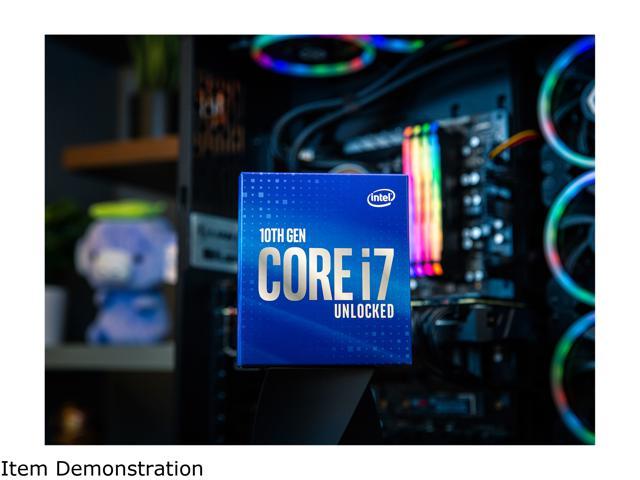 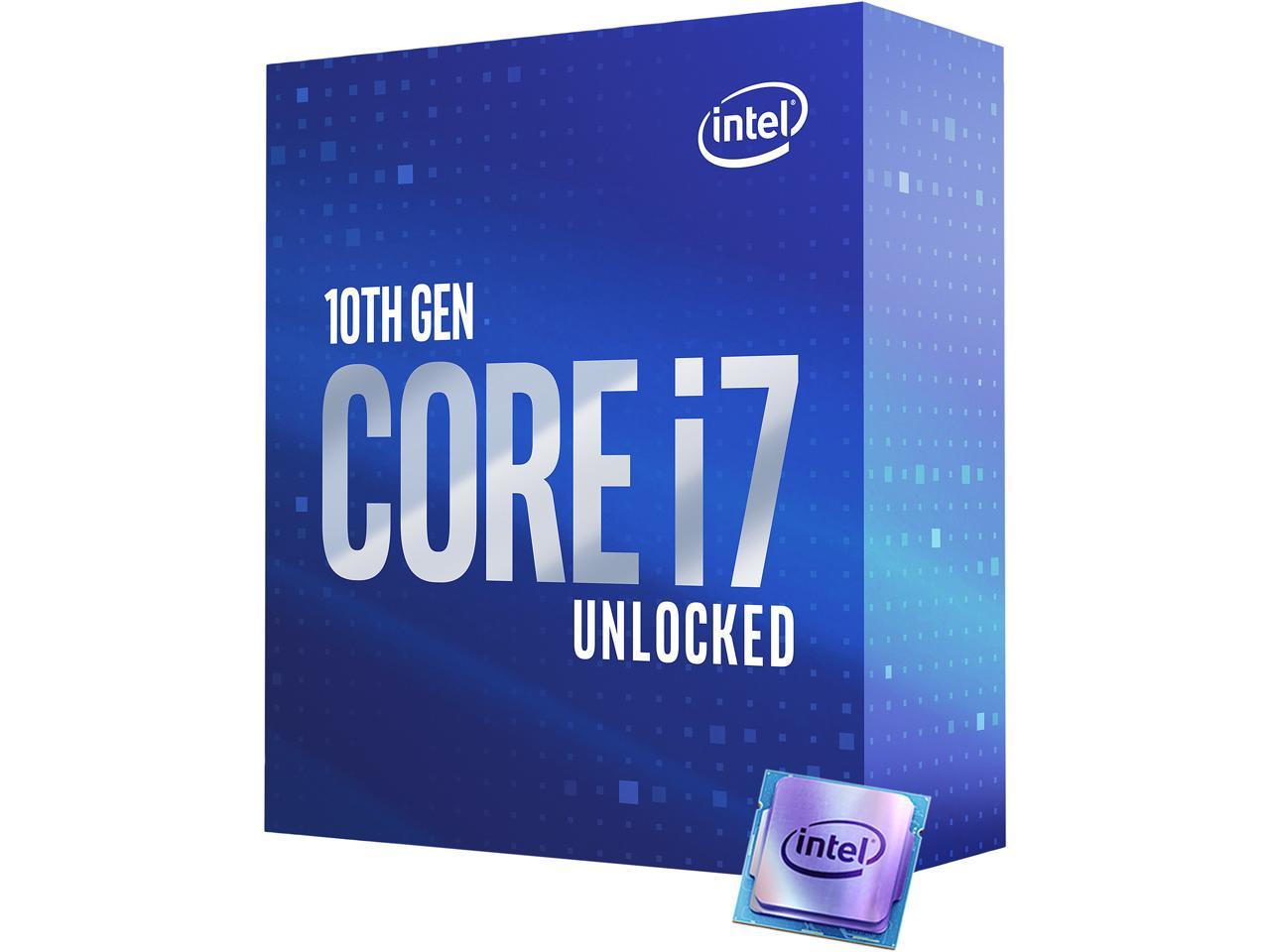 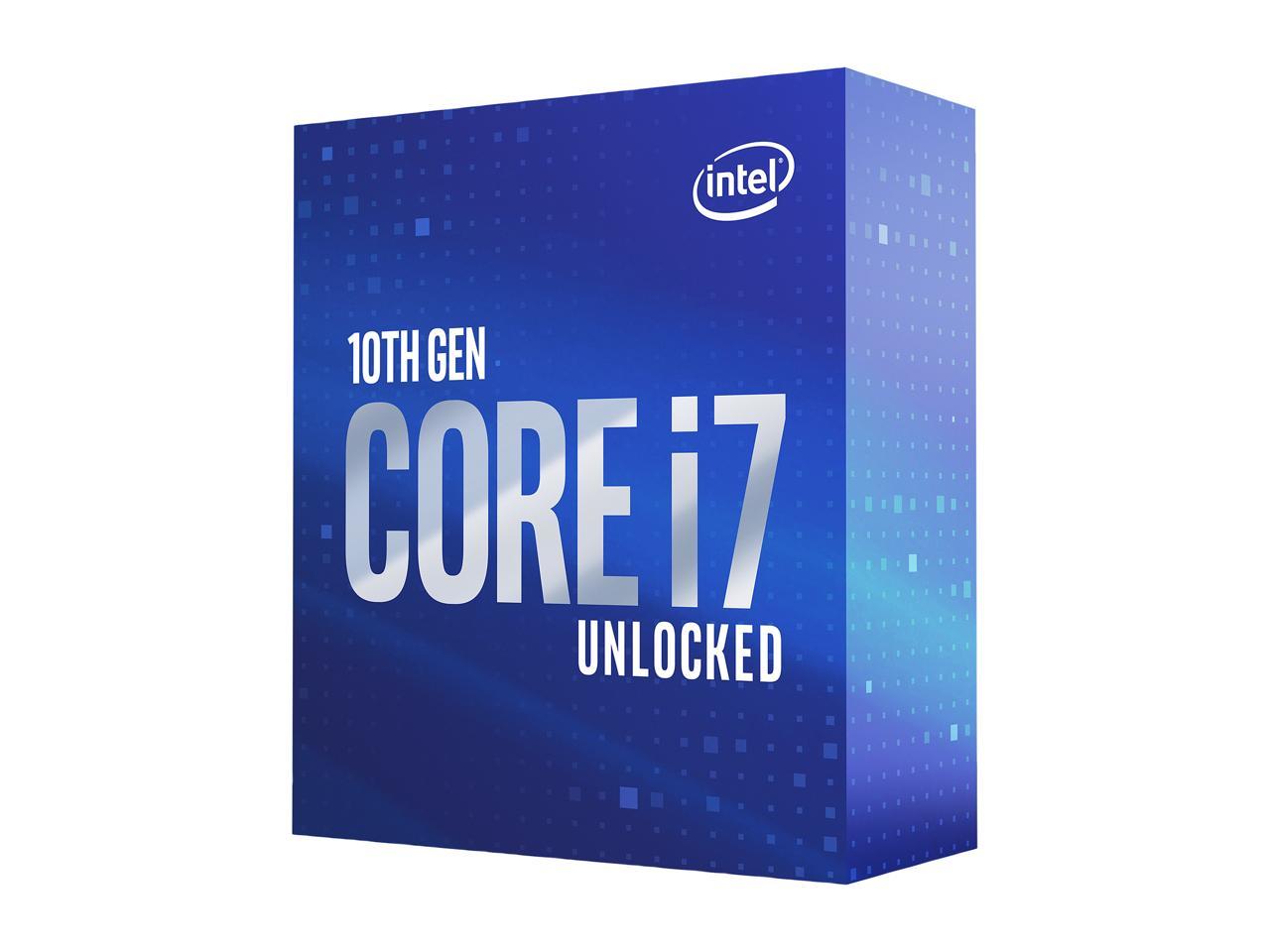 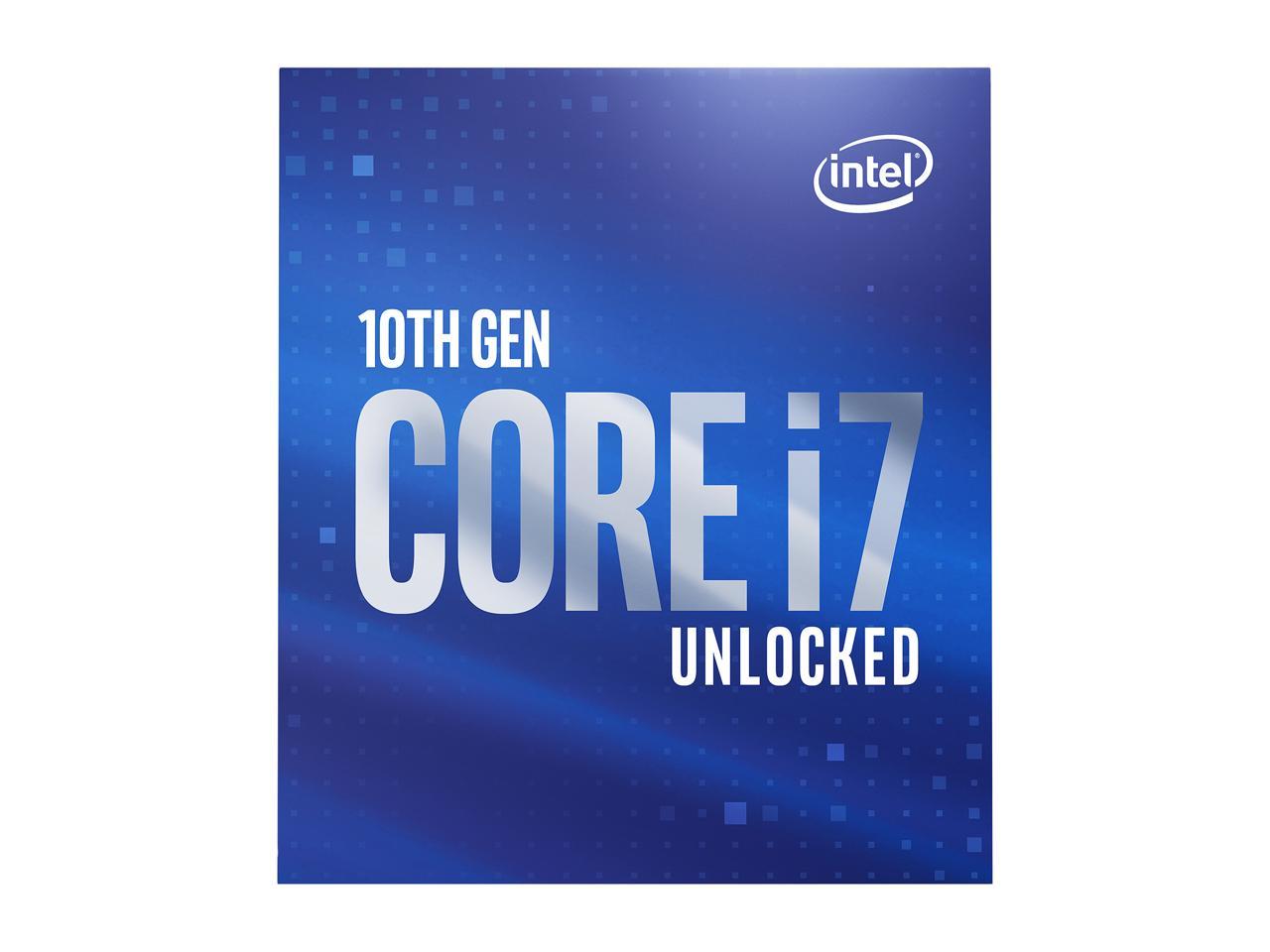 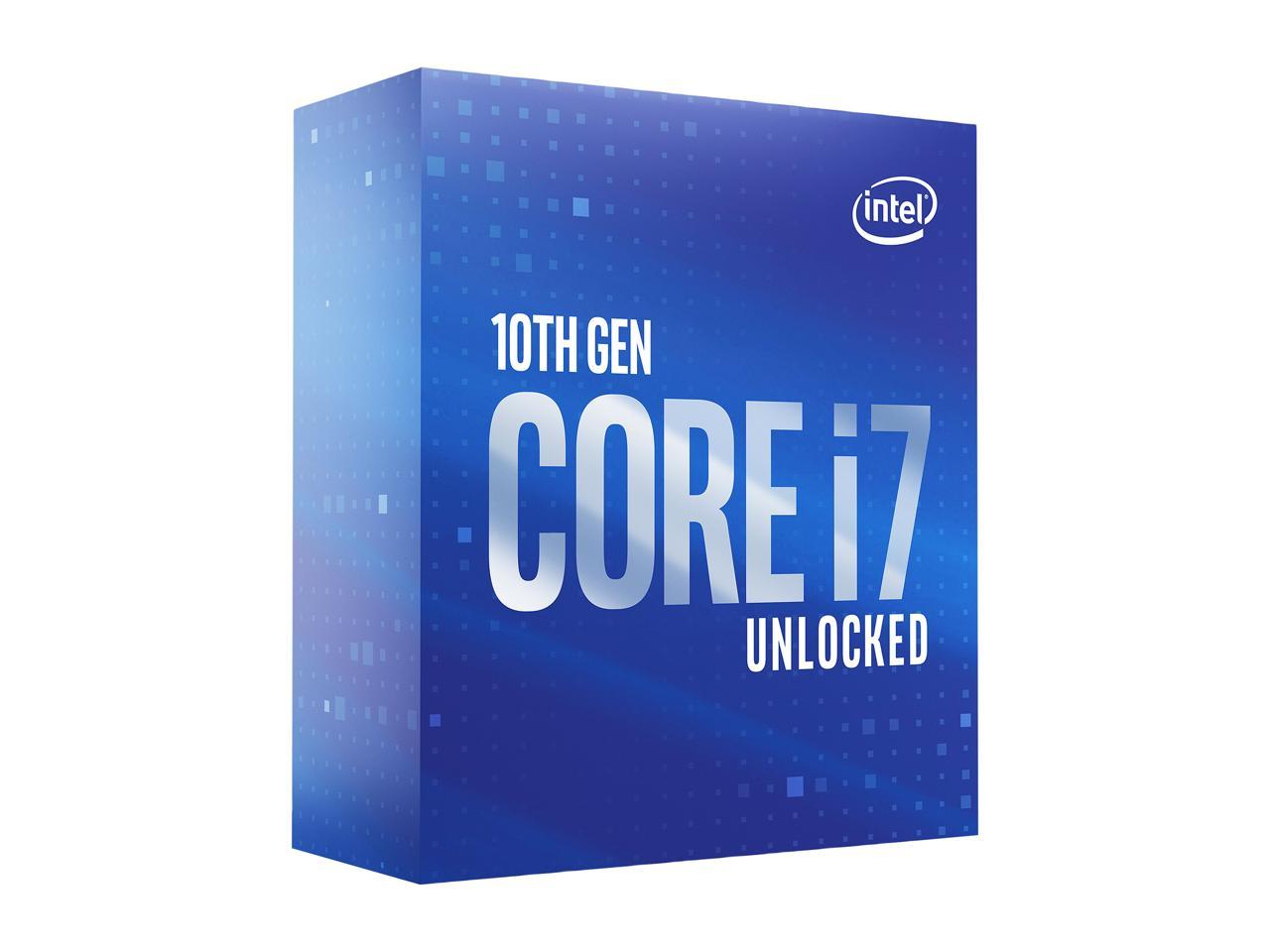 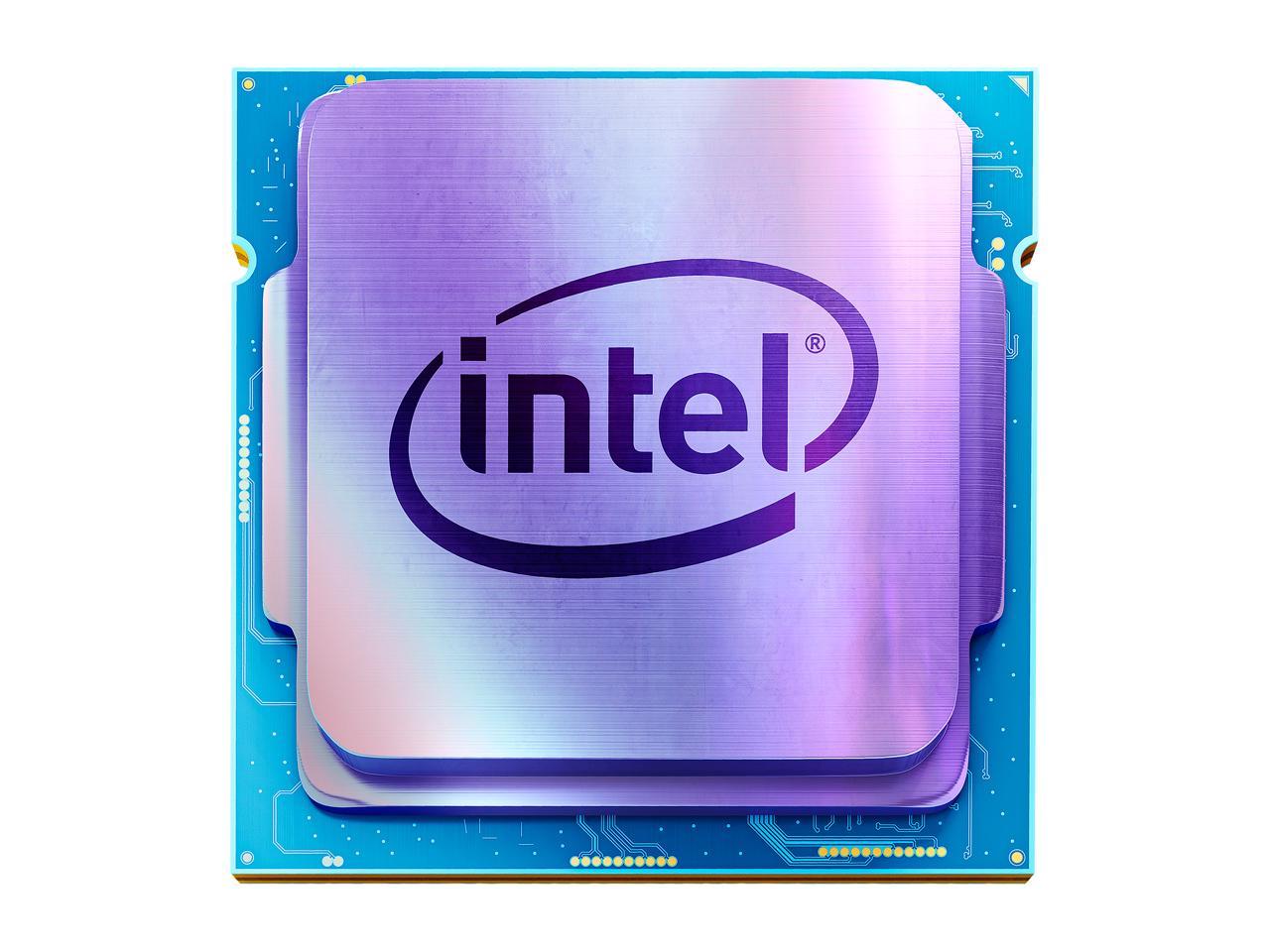 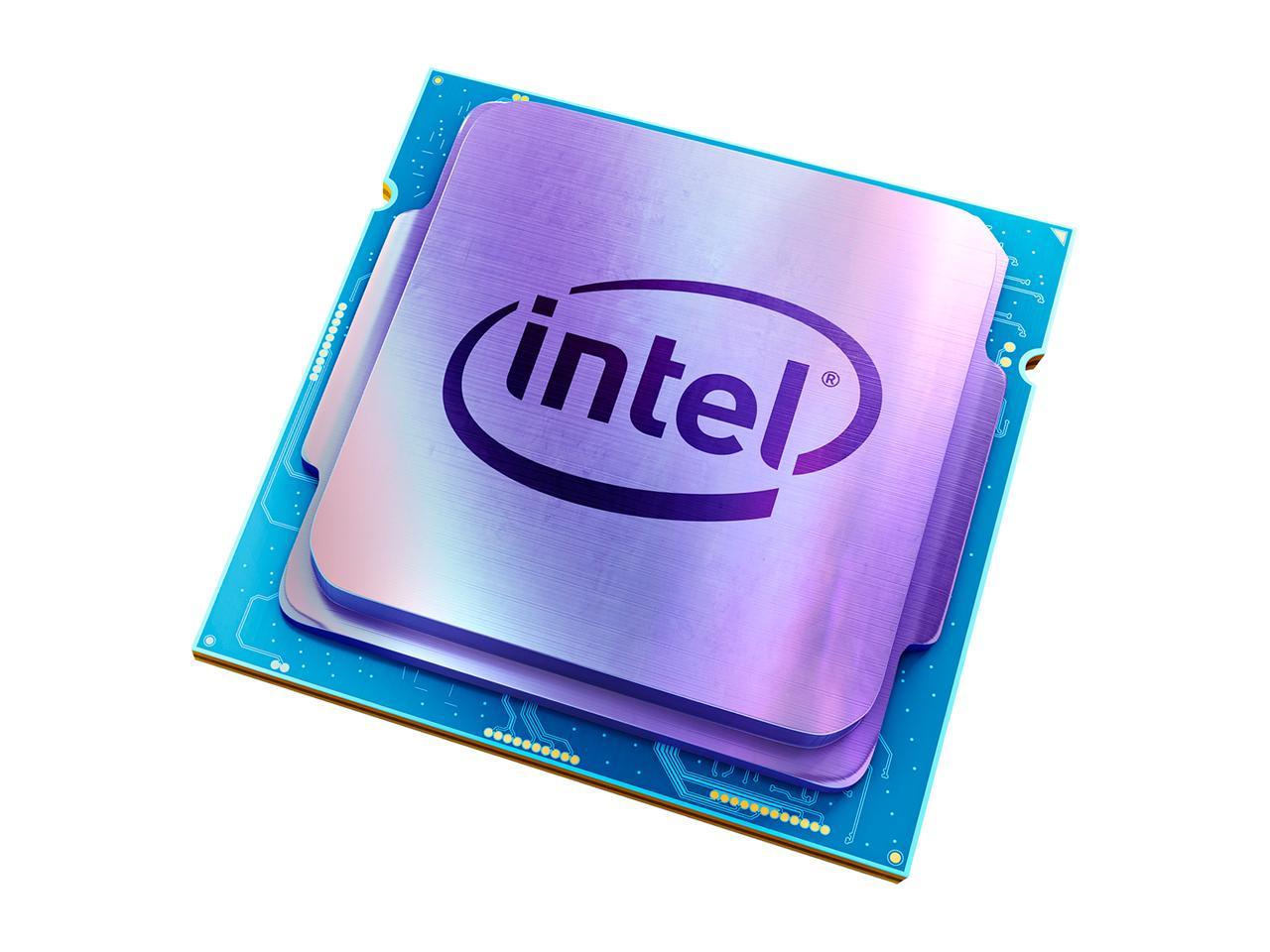 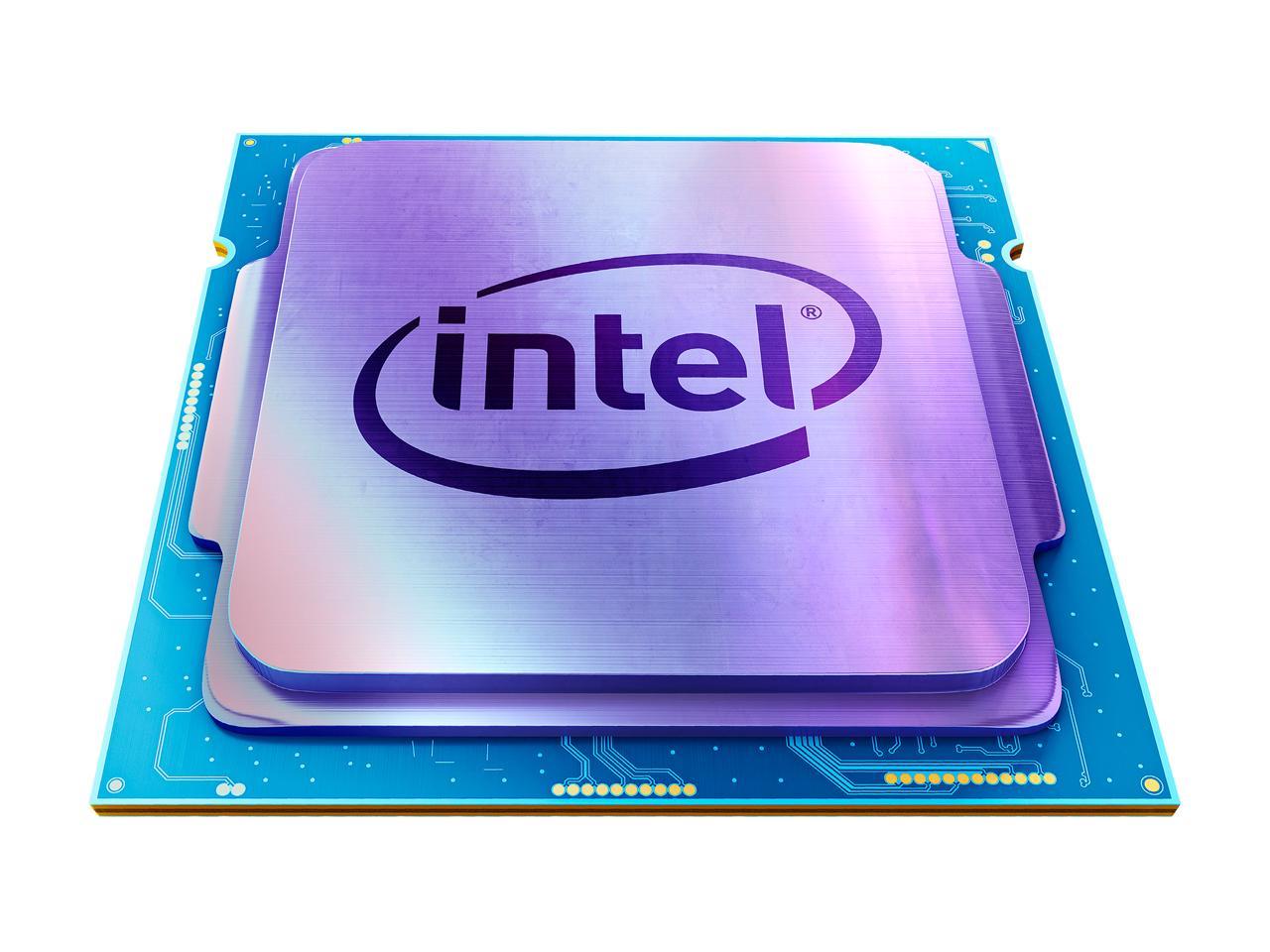 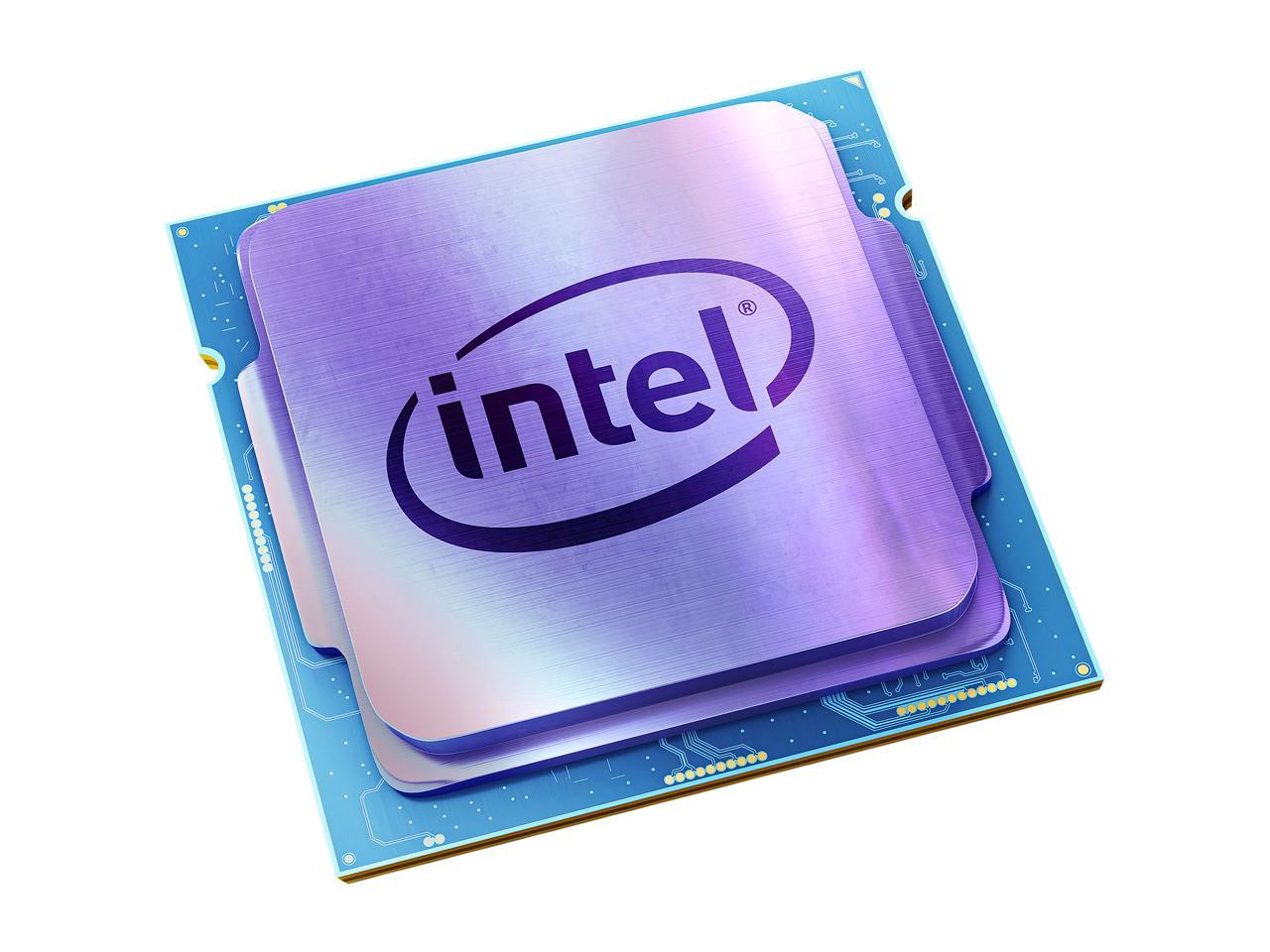 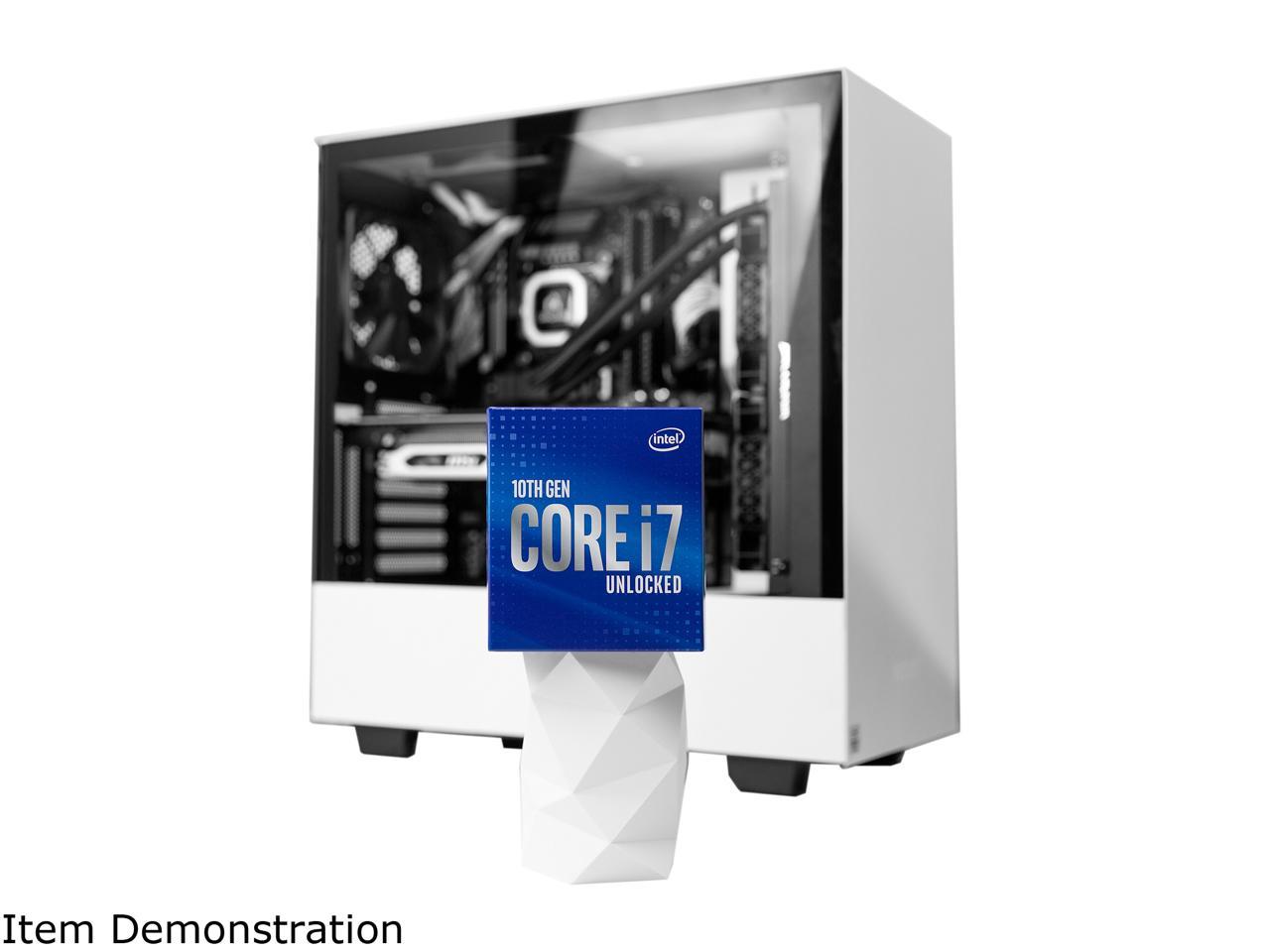 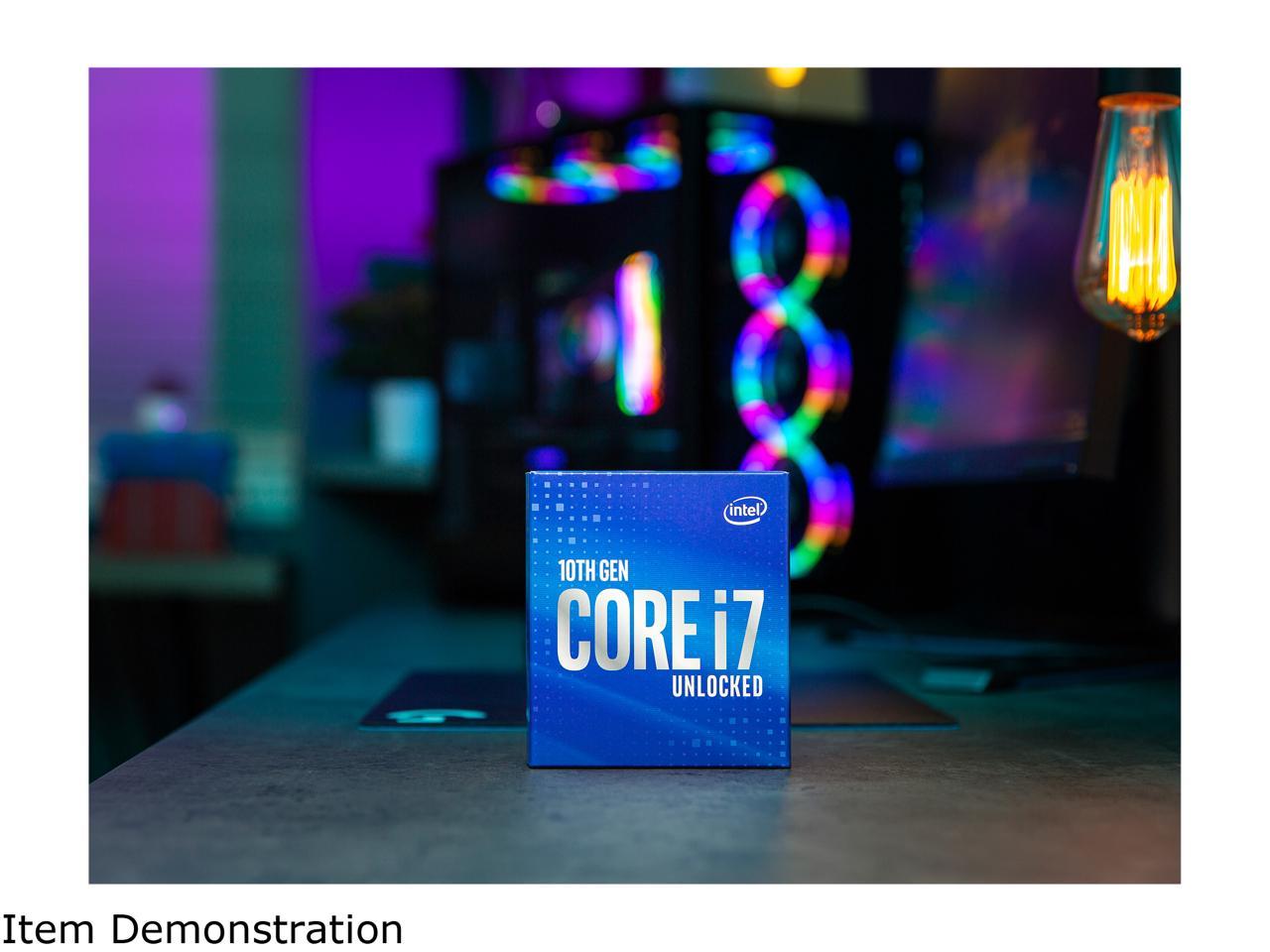 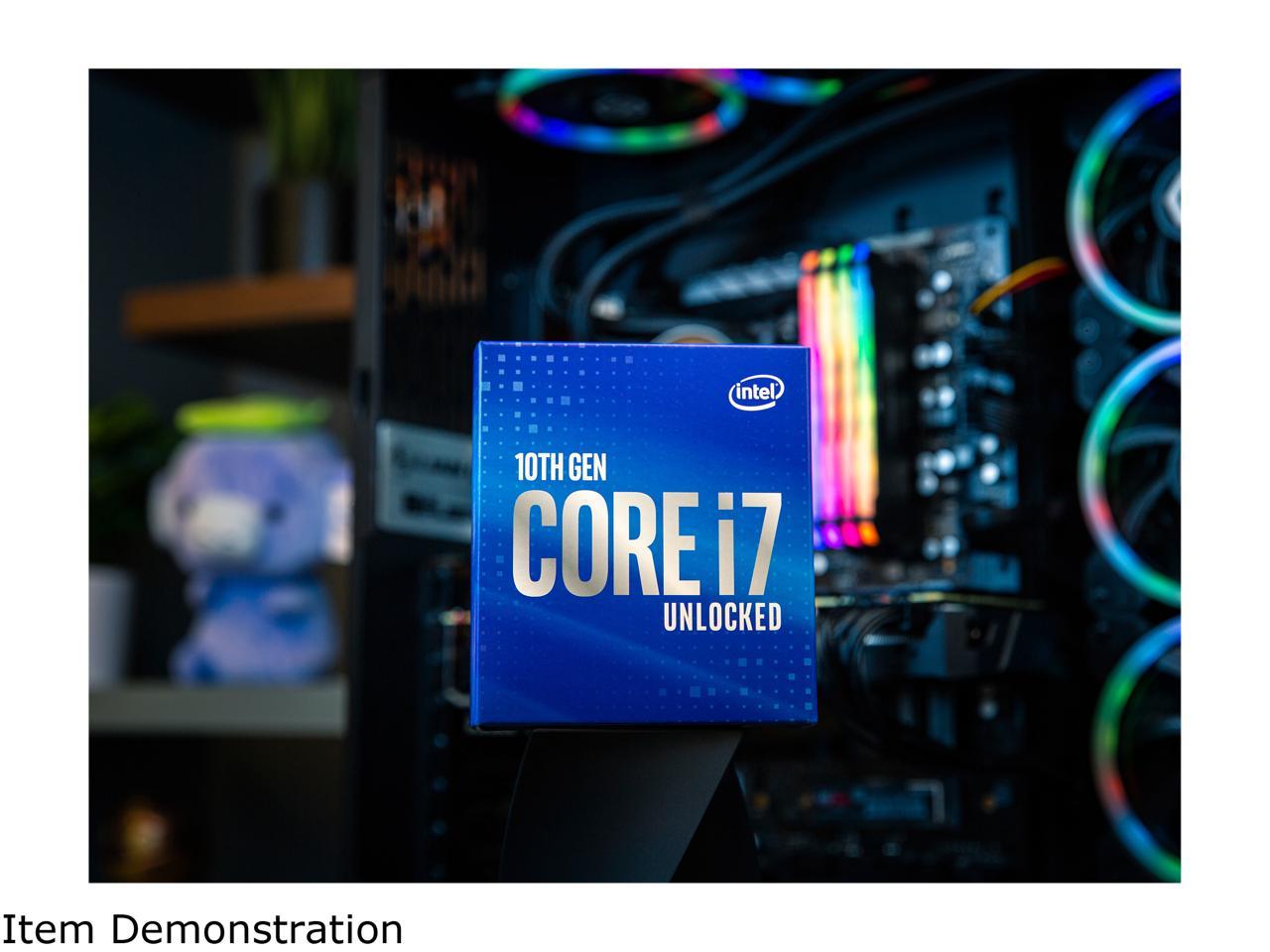 Pros: First off, I'm upgrading from a I7-4790K (4.7GHz OCed). The 4790K I have is 5 years old. That CPU is a true beast, but I felt like it was time to get a new MB/CPU/RAM due to age. So, that said, I see a huge difference in desktop work and games. I mainly game. I don't understand why everyone says these CPU's run hot. I'm running stable at 5.2 on an AIO and this CPU doesn't even break 40c-70c in some benchmarks or games. It runs way cooler than my 88w 4790K. I am using an Aorus Ultra MB. If you are coming from a way older generation Intel or AMD, this CPU will not disappoint!

Cons: Cons. I didn't want to wait for however long for the KF series, so I paid the extra for the K. That has nothing to due with how this CPU performs. So, not really a con. (I tried to find one)

Overall Review: Overall, this is a fantastic CPU. I've owned both AMD and Intel through out my 42 years. If you are coming from a much older Intel gen CPU, I recommend it fully. If you have 9th gen I7-I9, I wouldn't recommend.

Cons: - No PCIe 4.0 support, though that only matters for I/O intensive storage workloads

Overall Review: As others have said, this is a cheaper and more readily available alternative to the i9-10900K. Performance gains that the 10900K might have are likely to be imperceptible in the real world. Benchmarks show that this CPU can even outperform the 10900K due to how voltage/temperature throttling is handled. Thinking about the future, Rocket Lake S (11th Gen CPUs) will be the only upgrade for LGA 1200 platforms, and those are expected to ship with 8 instead of 10 cores. Higher IPC and PCIe 4.0 might be worth it for some workloads, but this is probably the "end of the line" for top-tier Intel CPUs until they can shrink their desktop die below 14 nm.

Cons: -Expensive (honestly if you're looking at the CPU you're not worried about pricing) -New Socket type

Overall Review: Experience is great so far. The new socket allowed for a RAM upgrade, further lifting performance. Happy to do this upgrade even with the 11th gen processors on the horizon. From what I've heard it looks like the next i9 is going to loose a couple cores, which could impact some people (although likely not gaming people). Amazing processor. No regerts.

Overall Review: Easily the best CPU I've ever owned. Coming from an i7-7700k, this thing is a monster. I was never able to overclock my 7700k to more than 4.8 GHz (most likely user error) and that was only running on 4 cores. Had absolutely no issue going directly to the 5.2 GHz with this 10850k. It's been running great for about a week now. Games are so smooth (paired with GTX 1080), I honestly didn't think I'd be able to see a difference but it's day and night.

Overall Review: Good value for money for those who cannot find a decently priced 5800x/5900x

Pros: Price compared to 10900k , which has been marked up thru the roof.

Pros: -Able to hit 5 Ghz on all cores at reasonable voltage, without a lot of tweaking. Can probably go faster if I take the time to tune it. -Much more readily available than 10900k, no need to hunt for something that is both in-stock and not price-gouged

Overall Review: For all practical purposes it's a 10900k (maybe slightly worse binning), but it can be had more easily and cheaply. No regrets.

Pros: Impressive performance under load. Bought on sale, and as I'm typing, it's on sale for less than what I paid for. I believe the price is expensive, but fair. So when the price goes down, it's a steal.

Cons: None so far, only owned for a few months as of this review.

Overall Review: I do freelance camera work and video editing. Adobe and Nvidia pairing up should be a game changer in post production since the majority of people working in post use Apple. Recently before the purchase, getting comfortable and careless after warranties expired on my prior build, I had forced myself to upgrade from an i7-7700K OCed and 1080 dual SLI build. As Forrest Gump would say, "Stupid is as stupid does." (Got a SLI setup AFTER learning SLI was practically useless, I'm that kind of stupid, but you already figured that) Most of the footage I work with is still 1080 and 4K 8-bit, but I am working with more and more 4K footage, and 10-bit and RAW footage. With Adobe CC now utilizing Nvidia GPUs for encoding and decoding, my prior build would have still handled the workload for at least a few more years. I am still using one of the 1080s. I fried the other. Stupid is as stupid does. I have all 10 cores locked at 5.1 ghz. I'm using a Corsair custom liquid cooling loop, three stage (900D case), and I intend to add a GPU to the loop as soon as I get my hands on a 30 series. Motherboard is MSI MEG z490 Ace. I don't play many games and haven't really checked its performance in that area. But between that, web browsing, data transfers, Office apps, etc., there's not a noticable difference in performance from the 7700K set at 4.8. You wouldn't and shouldn't notice a difference there, and the only reason I bother to mention it is that if that will be your use out of it, even demanding games, explore your options for budget's sake. The difference in performance shows in rendering and exporting high quality footage, and it is astounding. I know this has more to do with the cooling loop, but I've had a 20-30 degree difference even under load. I'm sure that may change when I add a GPU to the loop. As long as I don't do anything stupid, this CPU will be in use for a very long time. I almost titled this as "Idiot Approved," but I'd doubt Intel's marketing would appreciate it.