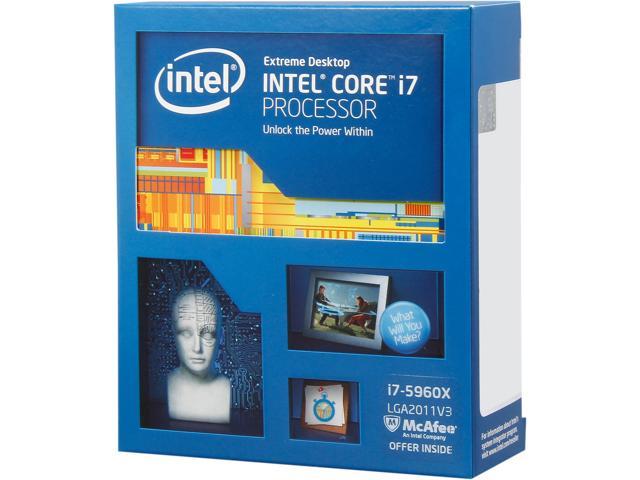 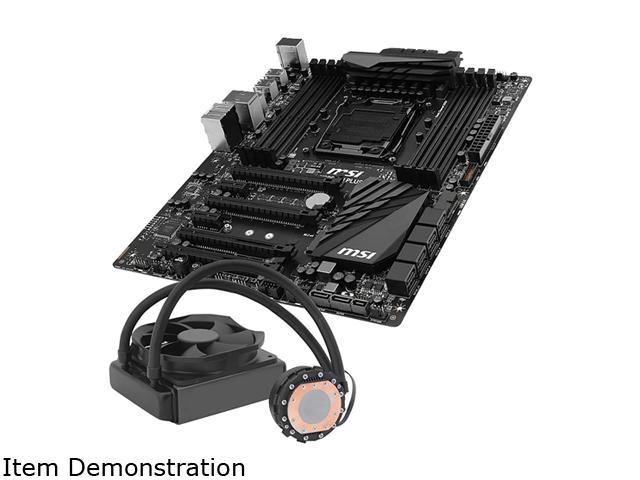 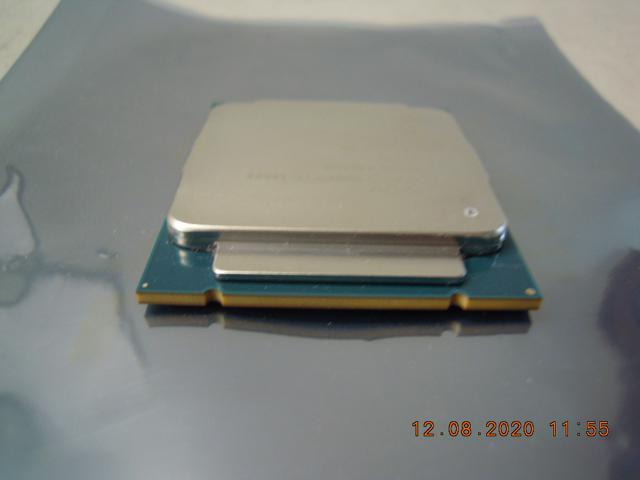 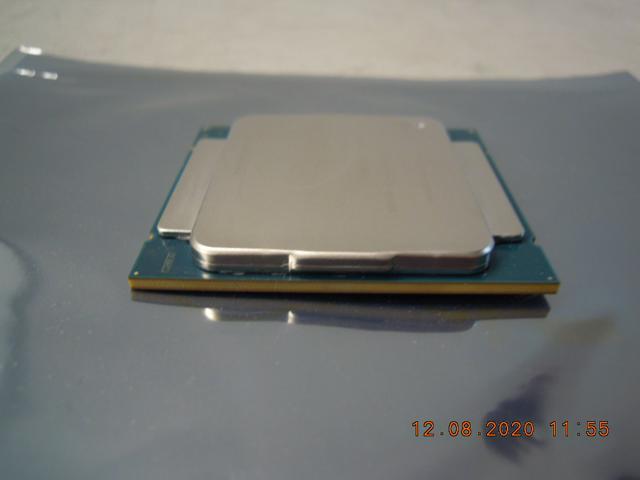 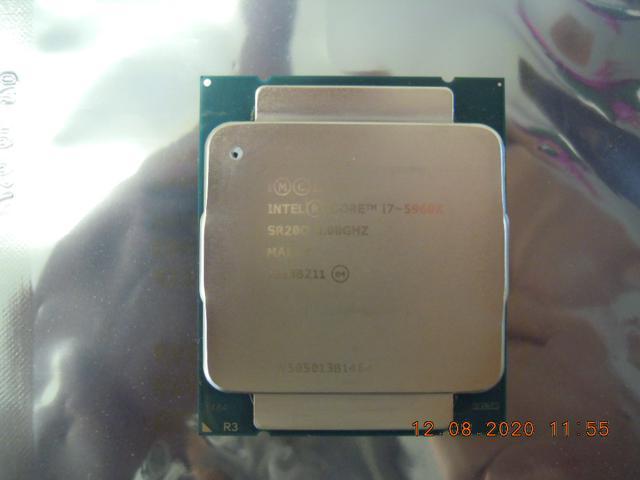 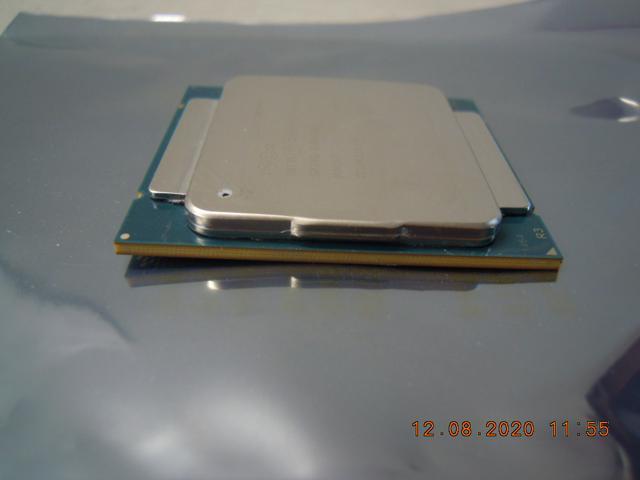 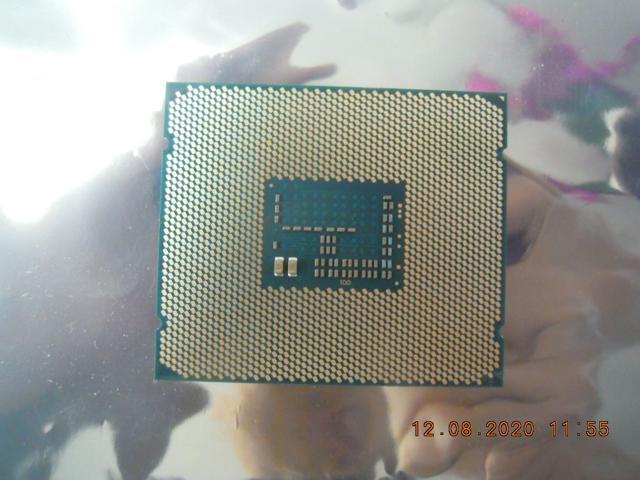 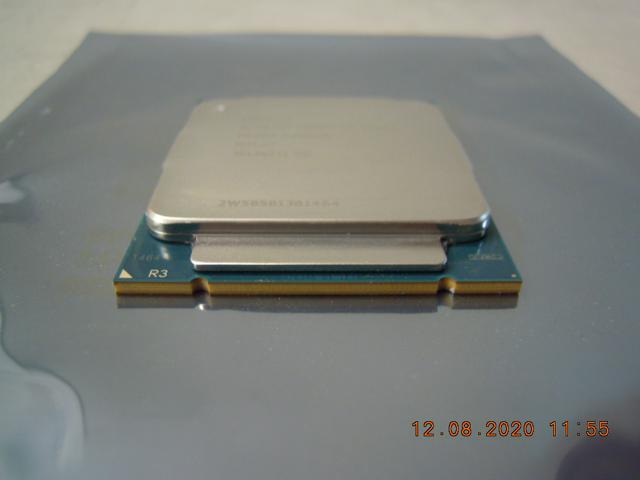 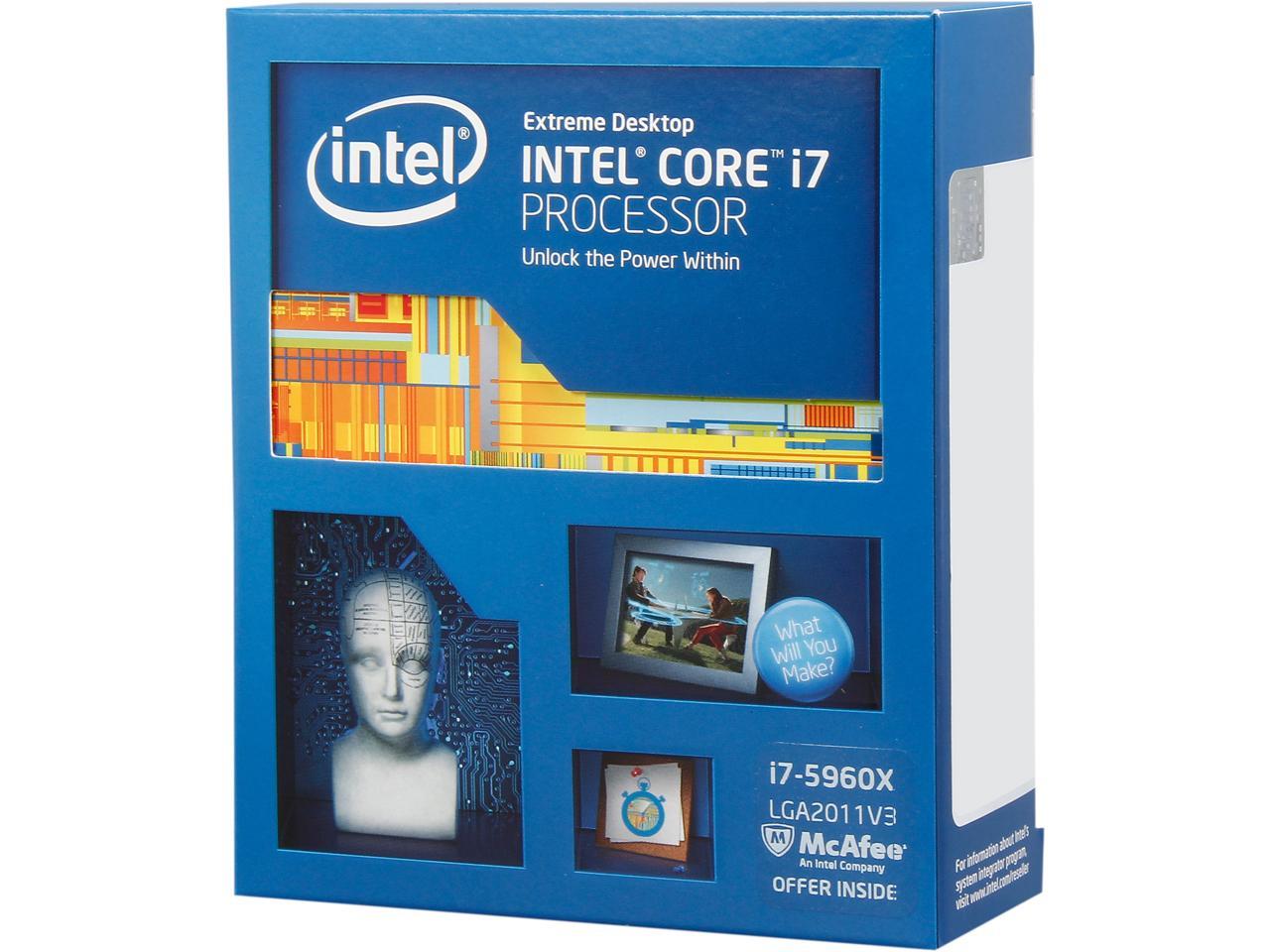 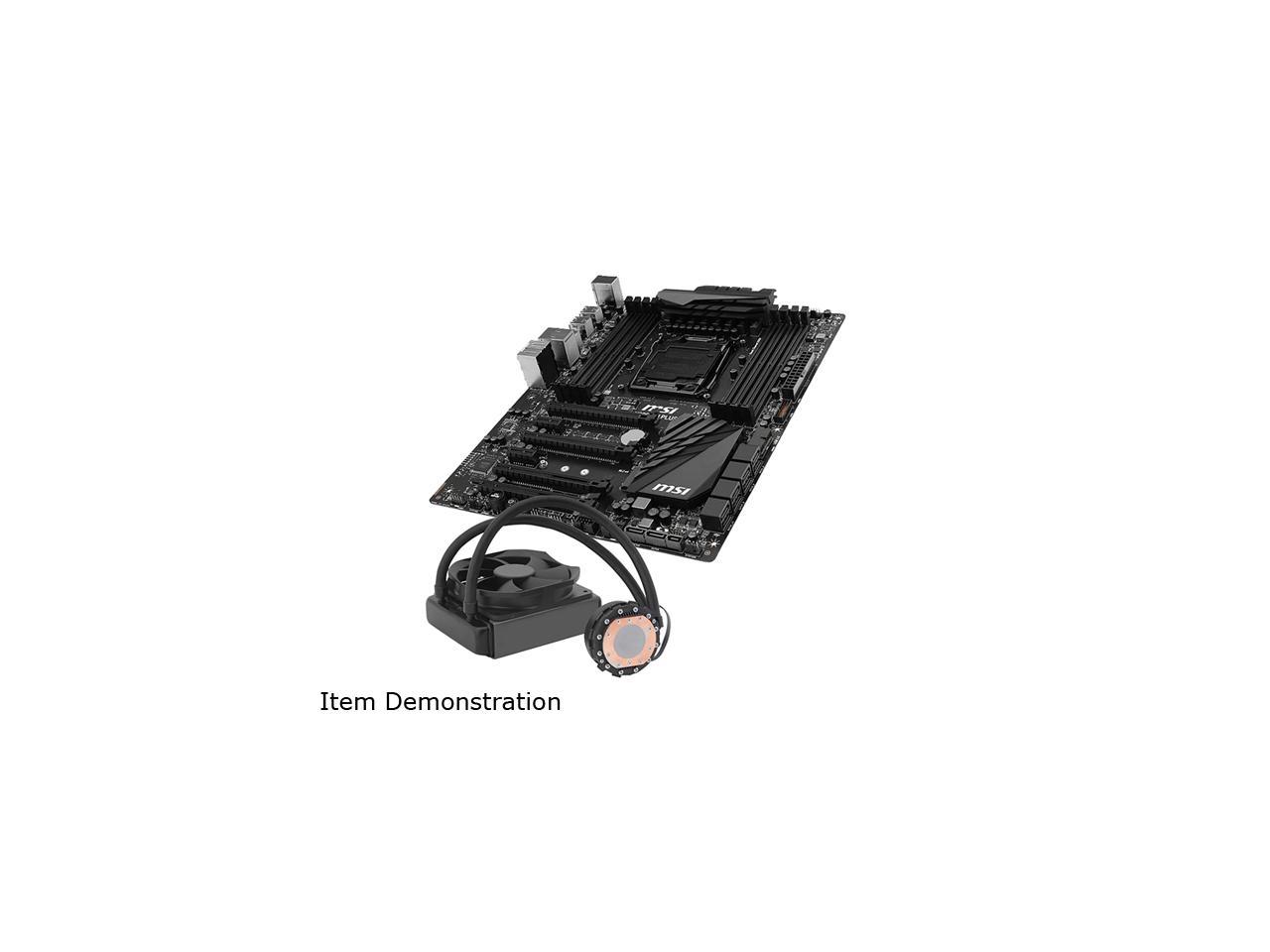 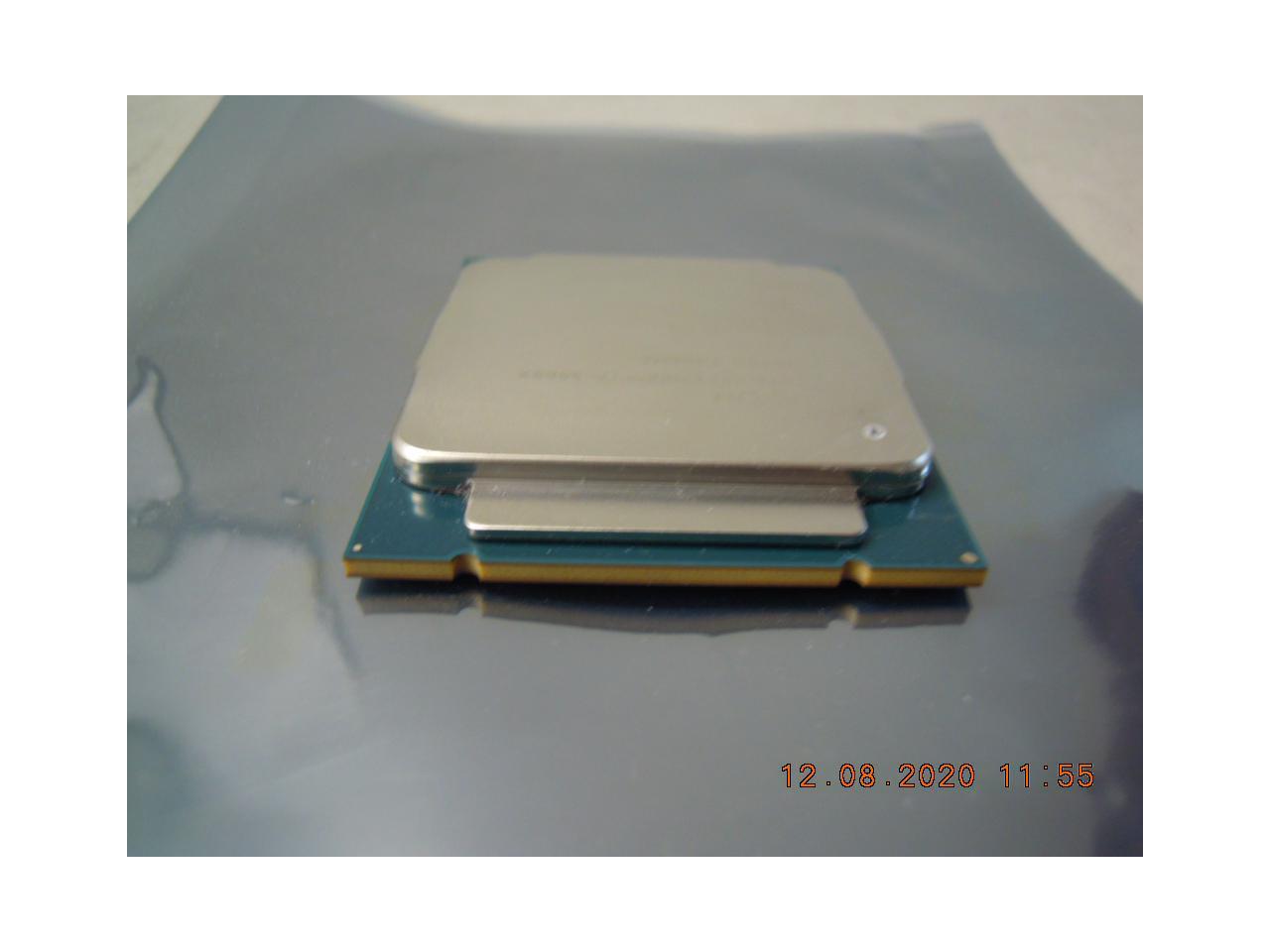 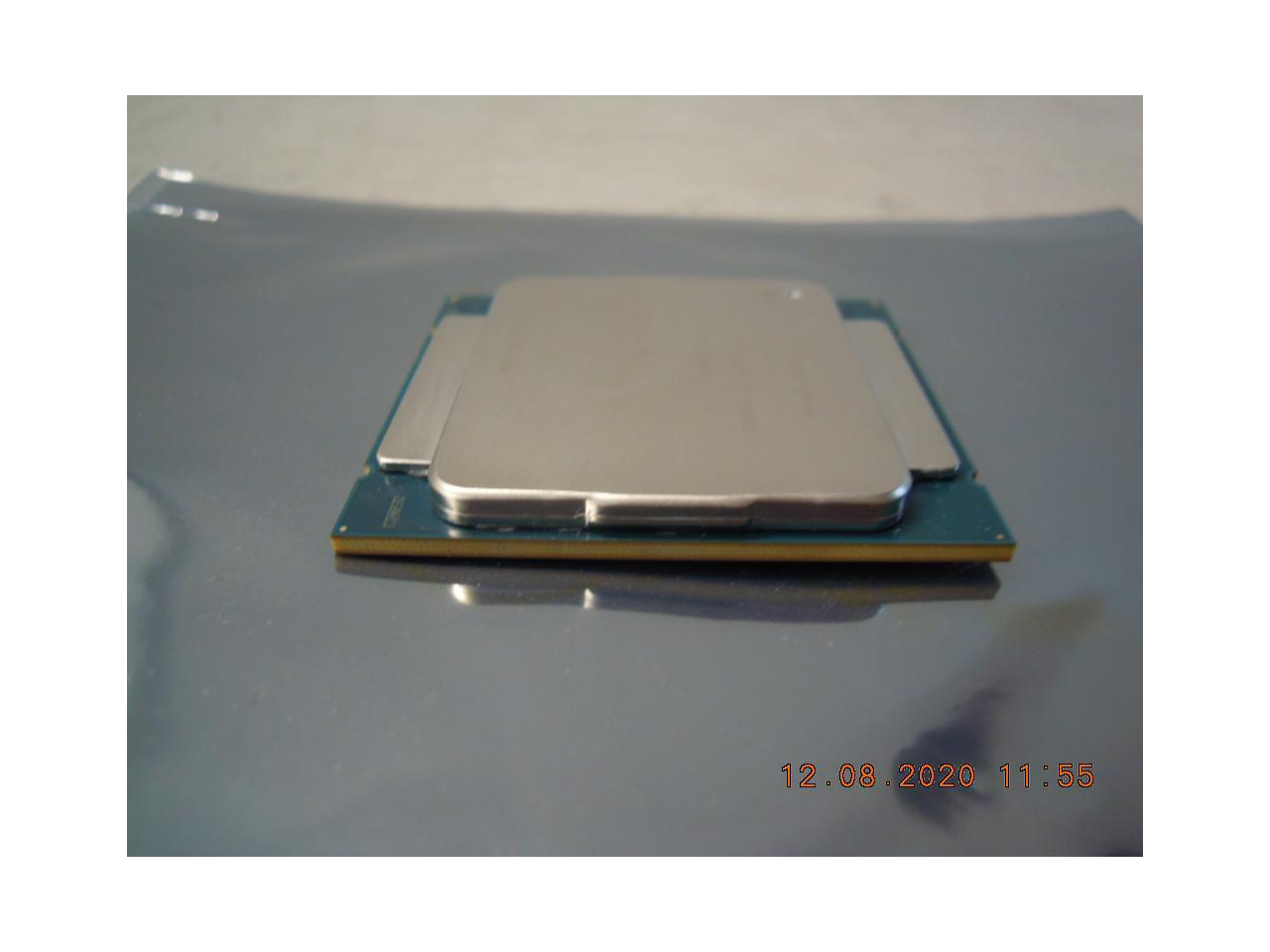 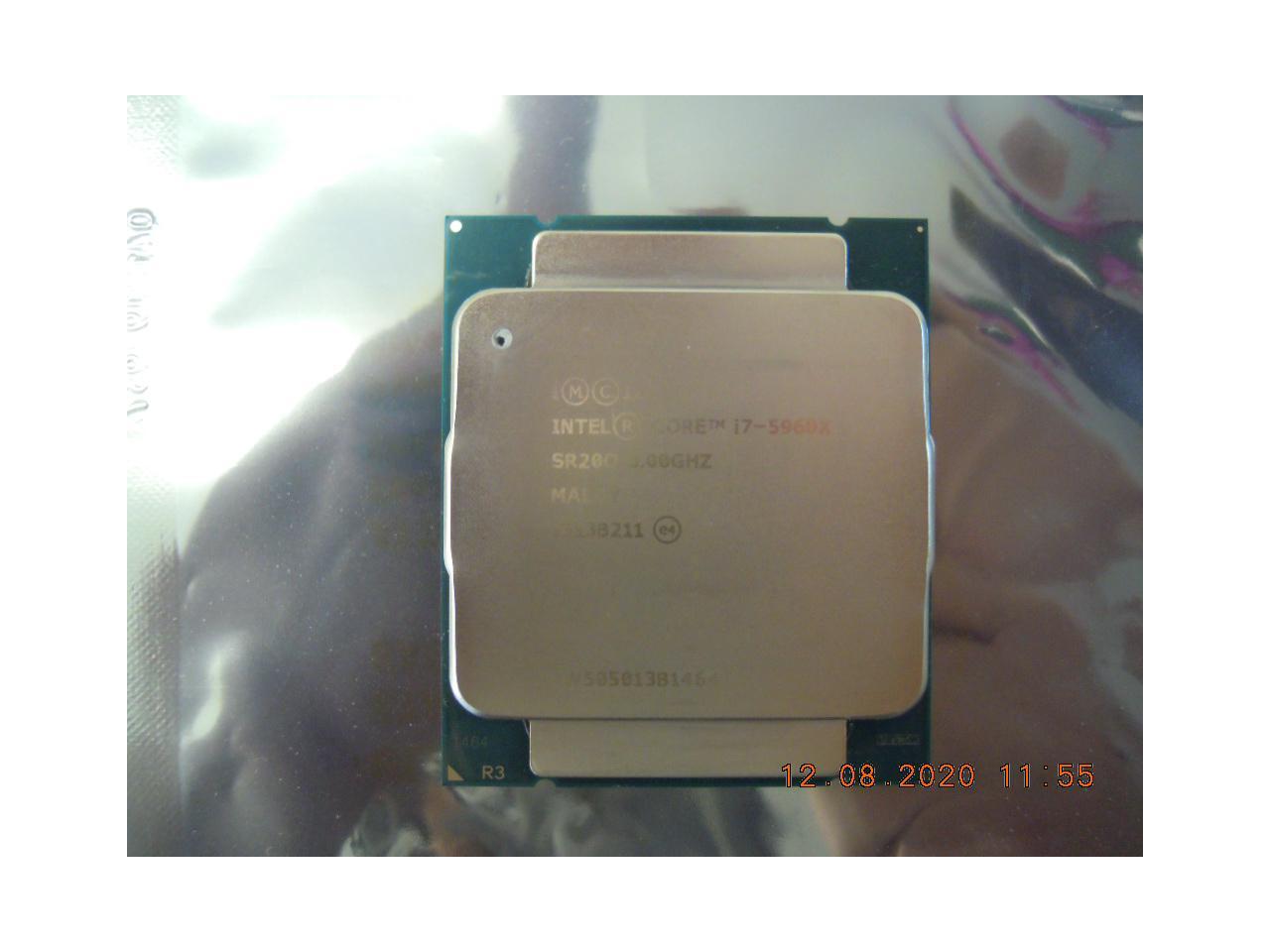 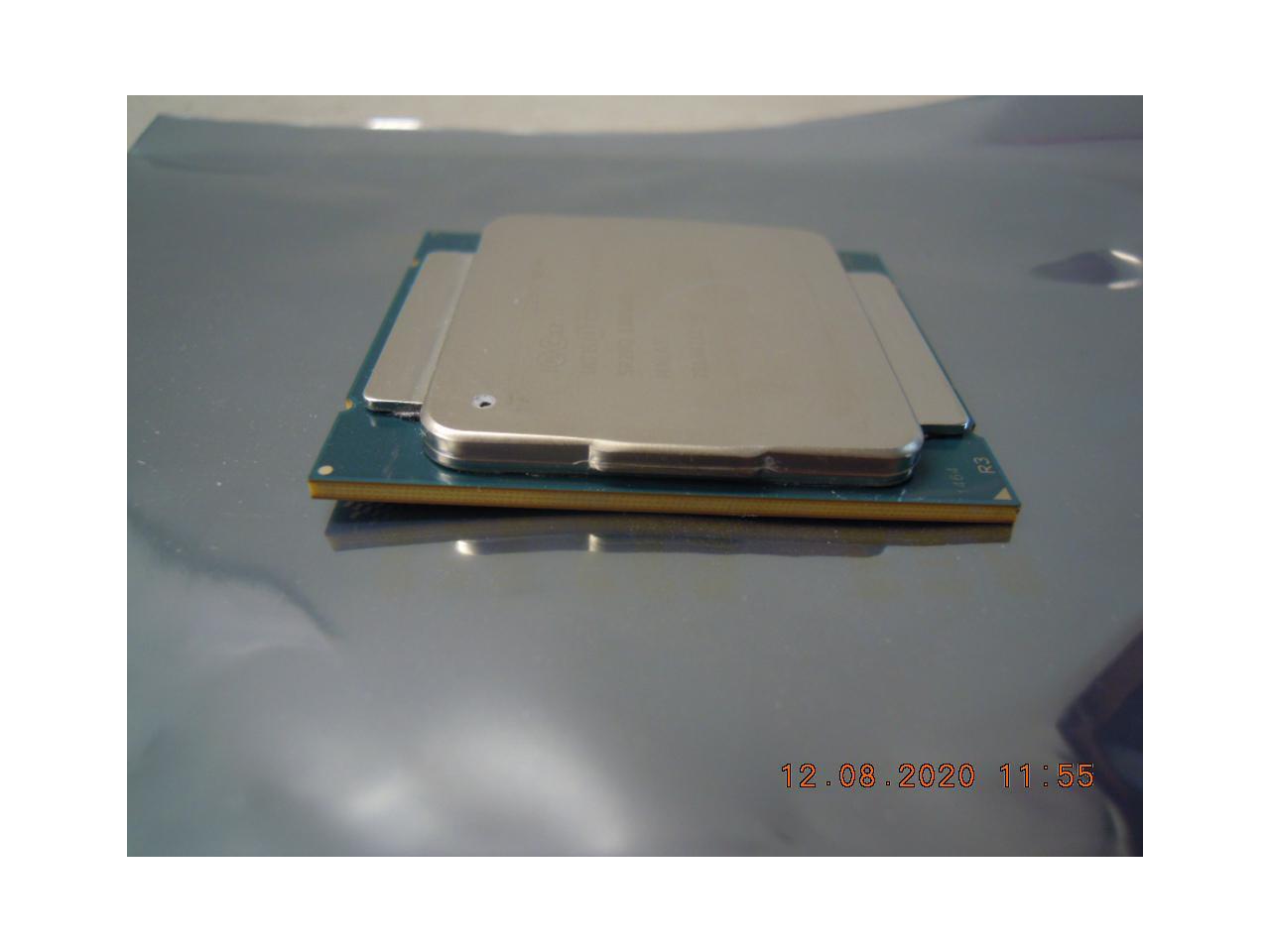 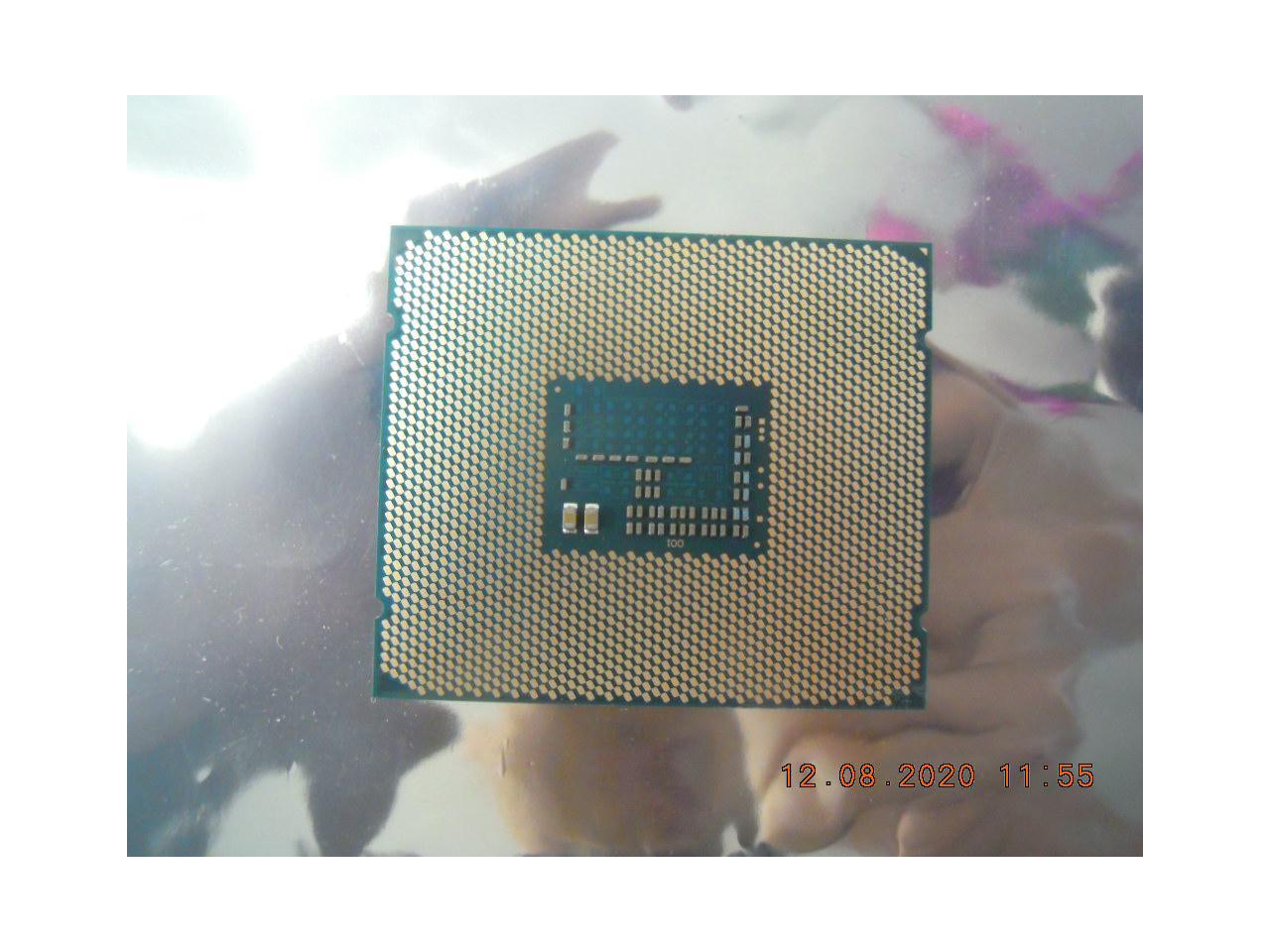 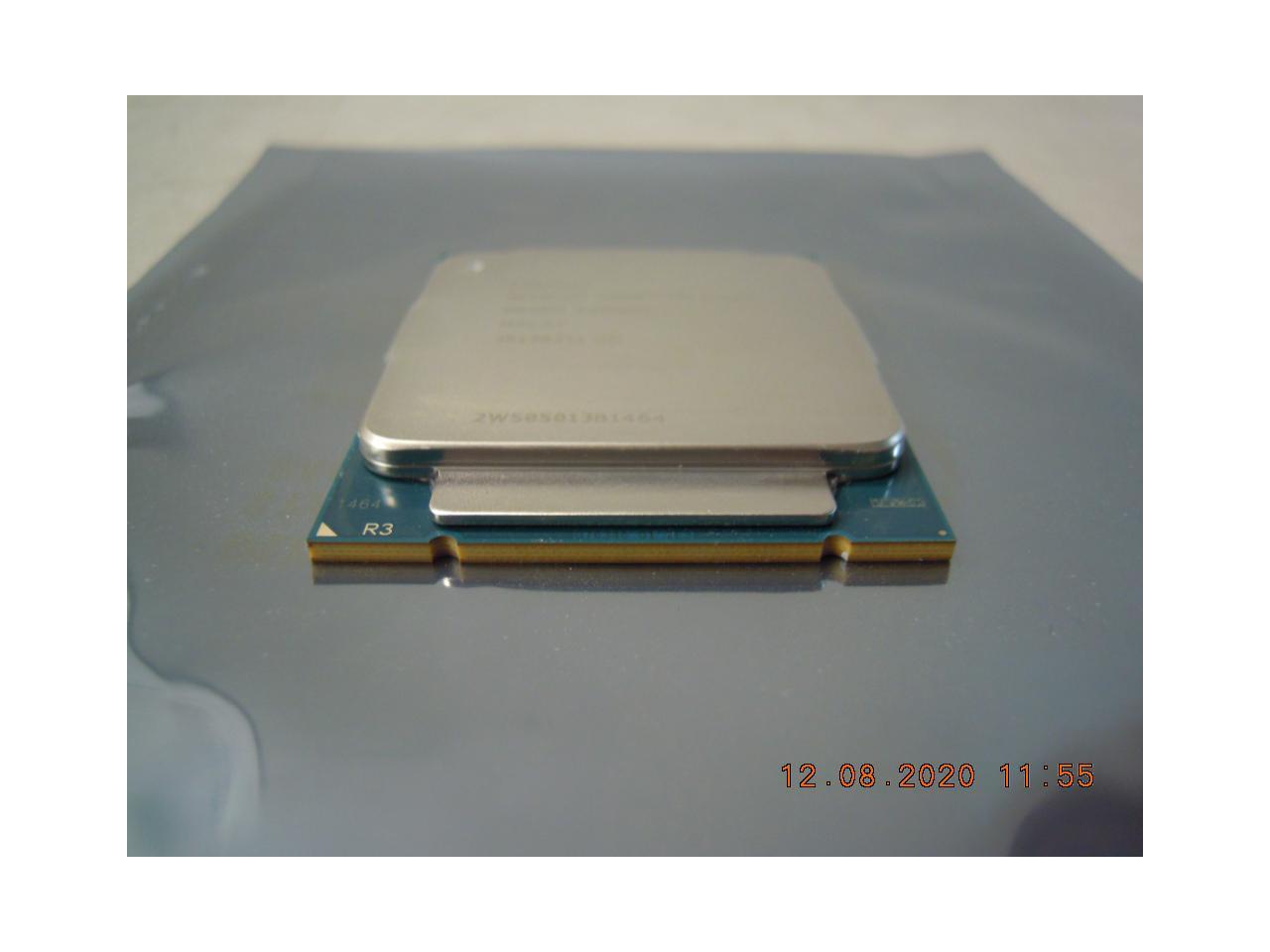 (105) Write a Review
See more "i7 cpu"
In stock.
Ships from China.
Most customers receive within 4-17 days.
Overview
Specs
Reviews

With previous generation Intel® Core™ i7 processors access multiple applications faster and unleash incredible digital media creation. Experience great performance for everything you do with the combination of Intel® Turbo Boost Technology and Intel® Hyper-Threading Technology (Intel® HT Technology), which maximizes performance to match your workload.

Pros: A great CPU for 3D rendering and any other task that will fully use all the cores. I use this in one of my Maya/Vray 3D rendering workstations with 64GB of RAM and the speed is amazing. I overclocked it to a soft 4.0Ghz and it runs at 100% for days on end and still stays cool! Chews through billions of polygons and other particle instanced geometry with ease.

Cons: Like other recent i7 processors, it only supports up to 64GB of RAM. In one of my extremely heavy scenes (thousands of detailed assets, including pine tree models where each needle was individually modeled and over 2 million polys each), the maya.exe process alone easily reached 52GB of RAM usage in the Task Manager. And this was with proxies and other memory-saving tricks already implemented.

Overall Review: If more RAM is needed, then one could get the Intel Xeon E5 1650 v3 3.5Ghz 6 core (comparable to the 5930k) and 128GB of Samsung ECC memory. This will all fit into a board like the ASRock x99x Fatality. That solves the RAM issue, but the only problem is that setup is around 30% slower than this processor. If you don't have memory issues and can deal with the 64GB RAM limitation, then the 5960x is the perfect 3D rendering processor!

Pros: -8 hyperthread cores that can be pushed to 4.5 GHz on decent water coolers.

Overall Review: Got this proc in an Asrock X99 Extreme11 with 3GHz Ram and four r9 280x's all overclocked. She absolutely devours physics processing and heavy work. 4.6GHz is the limit of usability. Sometimes it'll post sometimes it won't. She's stable at 4.5 and 1.28 Vcore however. Tears through games and video rendering like its a joke. Transcodes 2hr 1080p video in 10-15 min. My temps are 28c idle/69c max load with 18c ambient air temps and Suzuki sidekick radiator

Pros: Bought this for a VR gaming and content creation rig. Very powerful, and very easy to lightly overclock. I'm running a cheapy Corsair H100i GTX cooler, and I can easily put this at 4GHz with no fan noise. It's a no-brainer. - 8 cores make this processor a beast for multi-tasking and rendering/media/development work - Performs great for gaming as well, but not cost effective - Made me a ham sandwich ones with 1 core while the other 7 were rendering a 3D drawing

Pros: Rampage V extreme CoolerMaster Nepton 240m 32 gb G. skill ram 2400 mhz 2x r9 290 1600w EVGA P2 PSU I just got my 5960x and I don't know if I wont the silicon lottery or what but overclocking to 4.6 ghz was an absolute breeze. Its running at only 2.80vcore, and I might even be able to lower it further. It never crashed once when overclocking, and the temps got a bit high under full load while stress testing (75 C or so) at 4.6 but when gaming at 4.6, the temps never go past 37C, thats insanely low to me. With a 360mm rad Im sure you could get better temps, but I can't complain at all. the 240m is doing its job very well, its in push pull config with two more fans. I might try for 4.7 and see what happens, but honestly whats the point, 4.6ghz destroys my 4790k even when its overclocked during gaming, and for workstation stuff, well you already know its the x99 king. I'm blown away by the performance but also the cooling. I also HIGHLY recommend the Rampage V, it makes overclocking so easy. If you are buying a workstation, go with the 5960x if you can afford it. If you are gaming and can afford it, go for it anyways. Yes i said it. The minimum frame rates are considerably better on a 5960x as compared to a 4790k, and if you have multiple video cards, even just two, a x99 system will start to give you an edge over a z97 or z150.

Cons: Price obviously, but considering how awesome this cpu is, and how many years it will last you, i dont even care

Overall Review: I was worried the temps might be high, but my 4790k had seen higher. MAKE sure you use arctic silver or similar high grade thermal paste, the stuff they send you in cooler master or other coolers is GARBAGE. I saw a 8-10C cooler difference when using arctic silver over the cooler master stuff.

Pros: Brutally fast especially on parallel workloads -- content creation, video and photo work, etc. Surprisingly power efficient when properly set up. Overclocks easily. Just an all-around tour de force experience so far with zero complaints. I took mine to 4.6 automatically without even having to get into manual BIOS fiddling.

Cons: Price. Flagship pricing, what more can anyone say. Content creators who are hard at work will make the extra $500 back very quickly in saved time.

Overall Review: In just a few days this CPU has already saved me more time than I even expected because there is simply nothing I can do on this workstation now that leaves me waiting for the machine to catch up. Heavy heavy photoshop use and it barely breaks a sweat. I can't wait to start gaming on it when the recent GTX cards start shipping, even though that's not its strongest point.

Pros: Excellent piece of hardware especially for those that will utilize all the cores. Personally it's a godsend for 3d rendering and other 3d work.

Cons: The thermal output seems to be on the higher side, if you want to OC it you probably won't be able to get higher than 4GHz without exceeding 60C A bit on the pricey side

Overall Review: It doesn't come with a stock cooler for a reason, get some liquid for this!

Pros: - Amazing performance, for me that is, see other thoughts to see why. - Also, it's an 8-Core, I've seen newer games utilizing them through Afterburner. - Overclocked it to 4.5 GHz at 1.2V

Overall Review: This processor was a major step up for me, the reason being is I had a fairly old 3rd Gen Core i7. The 960 Bloomfield to be exact. So this was a very big upgrade for me, others have noted that this processor only has roughly a 7% performance increase, compared to like say, a 3960x, if that is the case, then save your money. But as for someone like me? I went for it, and I'm VERY happy.

Overall Review: * I would recommend an AIO or custom water loop for one of these, someone who buys an intel X CPU is going to overclock it. I mainly bought this for the 40 PCI lanes, but the extra threads have also come in useful. if the price of this chip is "too high" keep in mind that it is the top of the line Enthusiast chip, its price is for the most part earned. That being said I did in fact pick mine up at a B&M shop in my town for a lesser price than I see Online.