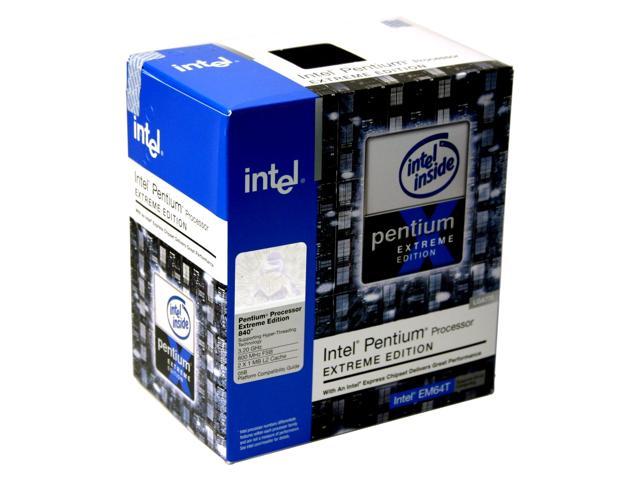 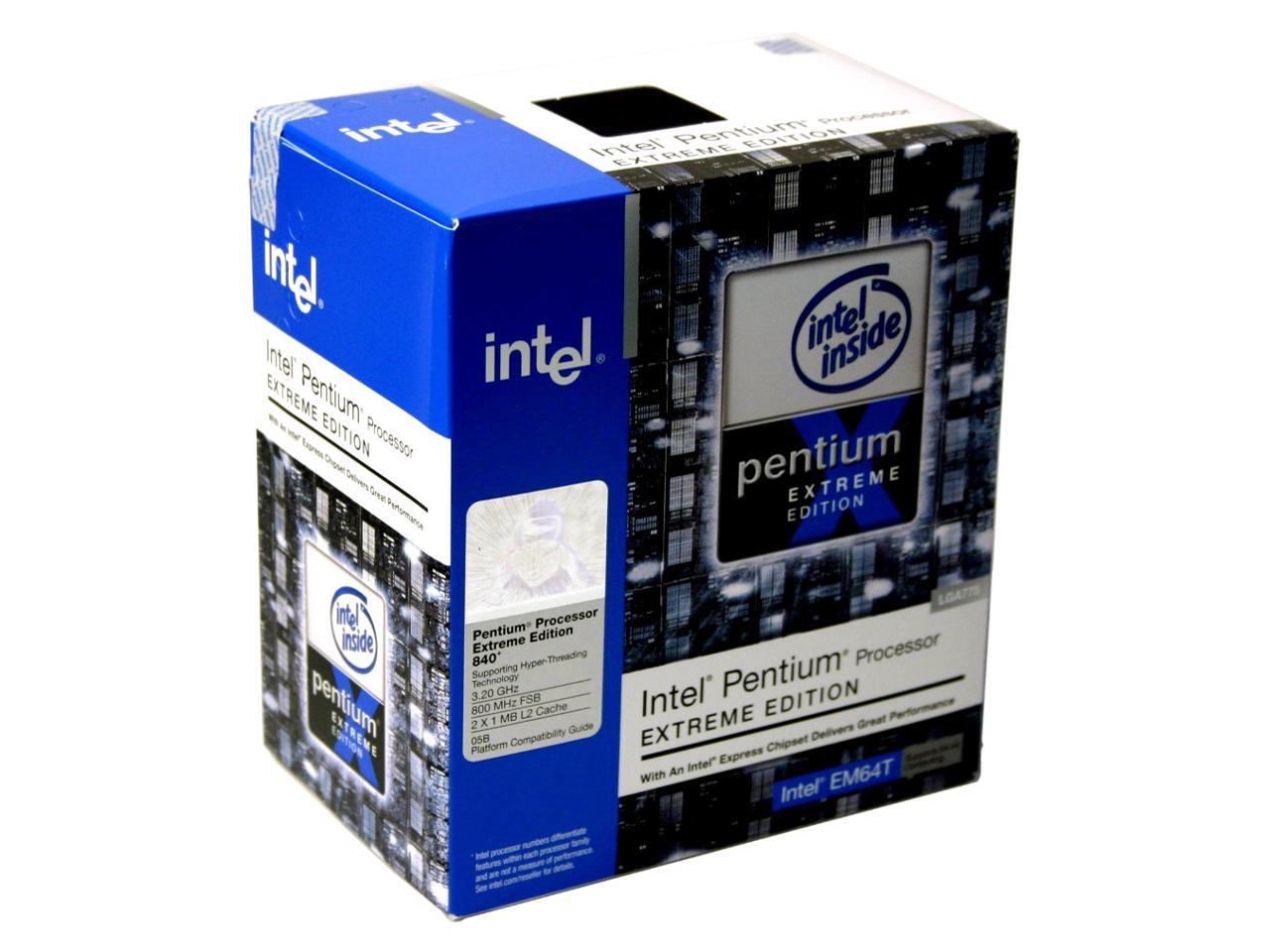 Comments: First of all I built a file server recently and bought 99% of all my hardware on NewEgg.com. All of my hardware are in tip top shape, including this proc. I got the Asus P5MT mobo and Asus's proc fan and this puppy is cool to the touch. I was hoping for +4.2Ghz but I guess it didn't want to go faster than 4Ghz, so she's stable at that speed. Another excellent proc from intel...

Comments: I got the CPU for a client that basically wanted the best CPU available. I tried to talk him into an Axxlon X2, but "Intel Inside" had gotten to him. Since the customer is always right I went ahead and ordered the parts for the build. I paired the CPU up with an Intel 955X board. While is performance is good, especially in multi-tasking, the processor runs VERY hot, it also causes the entire system as a whole to run extremely hot. Because of the CPU's massive power requirments, the VRM's, coils and caps on the motherboard got quite hot within just the first few minutes of the system being turned on. A few minutes after that, the PSU also starts to get quite warm, again, due to the massive power requirments of the chip (the system was running a 480watt Antec. For anyone considering this CPU, getting a good case with VERY good airflow is a MUST! Remember, its not just the CPU that runs hot, but everything else that is feeding the CPU its power. Getting merely a good heatsink is not enough if its in a poorly ventallated case as it will get heat soaked rather quickly and your fancy new HSF will prove to be quite inefficient since it will be unable to disappeate the heat. The good news is that Intel is moving to a 65nm manufacturing process, early reviews show them to produce less heat and consume less power so that may be something to keep in mind. Personally, I'd rather go with an X2

Comments: but not impresive its like a truck pull more but it isn't faster I up grade my rig from a 570j p4 3.8 oc to 4.2 realy nice fast wow the only place where this dual core its better is when you had to manie application runnig there it's wen you're going to see the diference .the main reason for the change was the 64emt bit but thats another thing (it's not what i thougth)we are'nt prepare for that yeat there is no driver for 64 bit os

Comments: http://download.intel.com/design/PentiumXE/specupdt/30683207.pdf If you really need this much juice for gaming I'd like to know what your playing, I am an avid Intel user, however all of you might want to read the data sheets for the PEE and PD these processors are encountering many errors to the original specs that there is "no fix" for. However if you just want bragging rights for 1k by all means this is your CPU, if your running a file server on your gaming system you would have been better off builing 2 Comps and getting a DVI KVM that supports 1600x1200. I can rip, burn and play Half Life 2 maxed out without worrying about gettin fragged for lack of performance on a P4 3.8, while my G/F is accessing the terabyte of of storage space on my Comp. In other words save your money this CPU will not last at this price long. Just check the updated support data for the new dual core intel chips on the provided link, All should be aware of errata before unloading a Gran. As far as Intel vs AXX, they may run hotter but I have yet to have an AXX(other than the FX) that can compare to the stability of Intel chipsets and CPU cores. Also the onboard power connector is not a requirement unless you didnt upgrade your PSU when spending 1K for this CPU. As always NewEgg rocks, and Intel spends way to much money on marketing. CPU loses a star for price but keeps 4 because of the catchy little jingle we all see on TV everywhere. :)

Comments: I built this chip with a AW8 MAX abit motherboard and 4 raptorsin aid 5 configuration. I have ben oble to over clock it up 4.4 ghz with perfect stability. (also using twin corsairs for 1 gb of 667 mhz). I was so pleased witht his one, that when the 3.73 ghz extreme edition came out, I just had to build another one, though I did improve the cooling system exoecting higher temps. But it seems that both run a bench mark test sat 4.4 ghz for hours on end with no instability, but when it comes ot actually running programs and games the 940 EE chip is slightly faster, and I am wondering if this is a quirk in AW8-MAX or the 4 celeron combo really does beat the two p4 hyper threaded p4. It just seems upside down to me, though both chips give remarkable performance, I just was wondering if sny o e else had noticed the same thing with different mther boards??