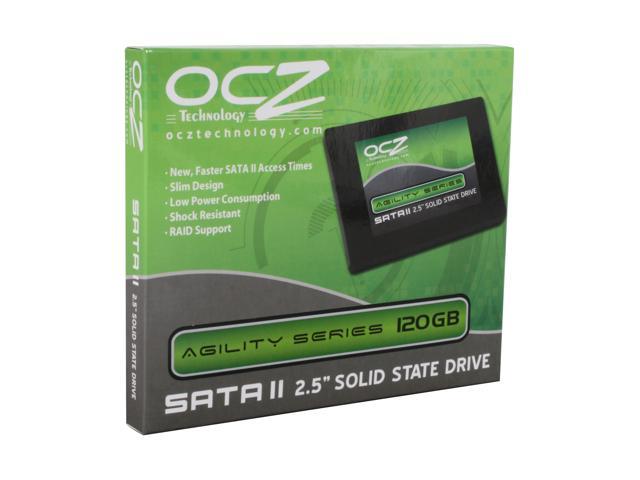 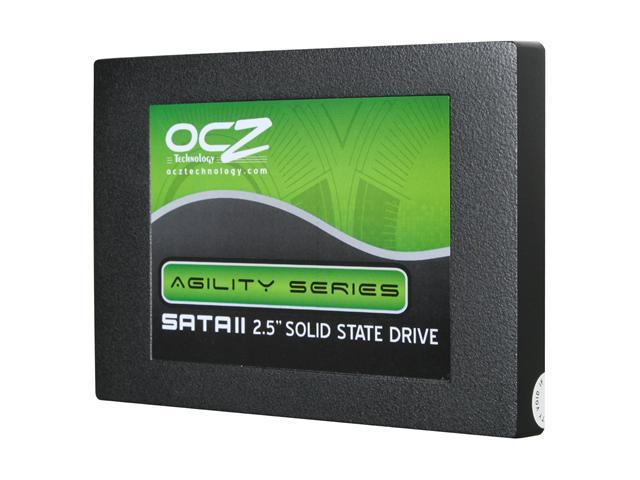 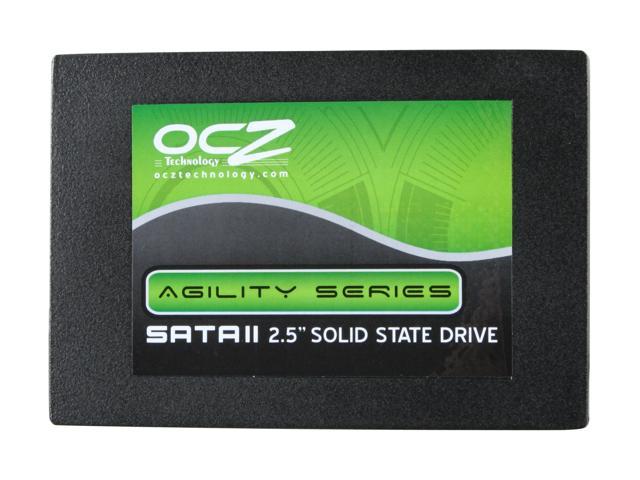 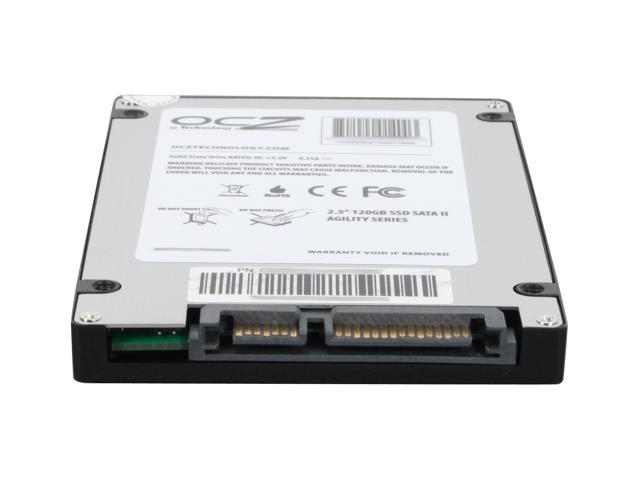 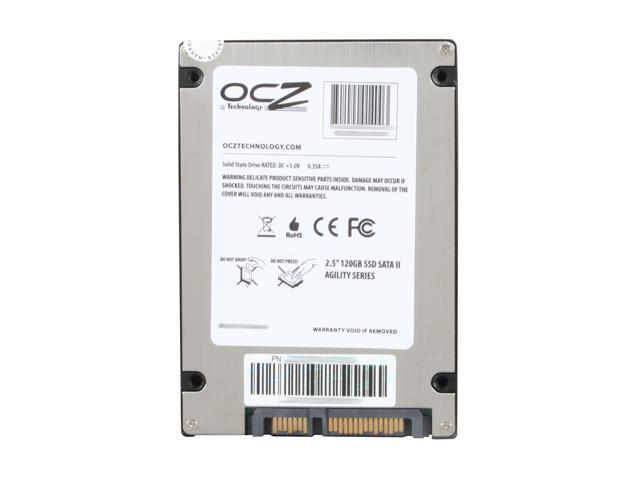 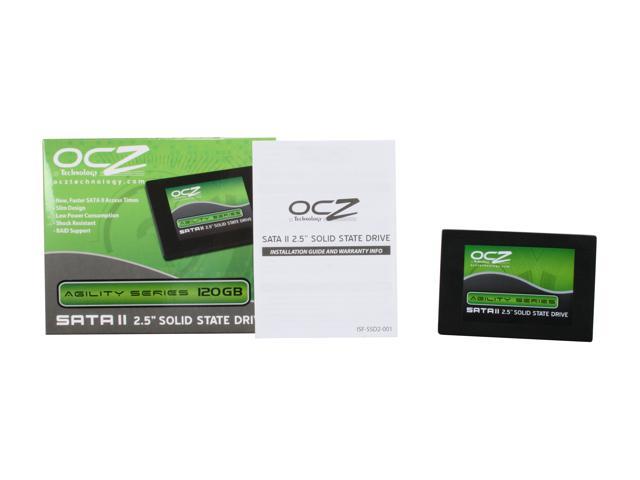 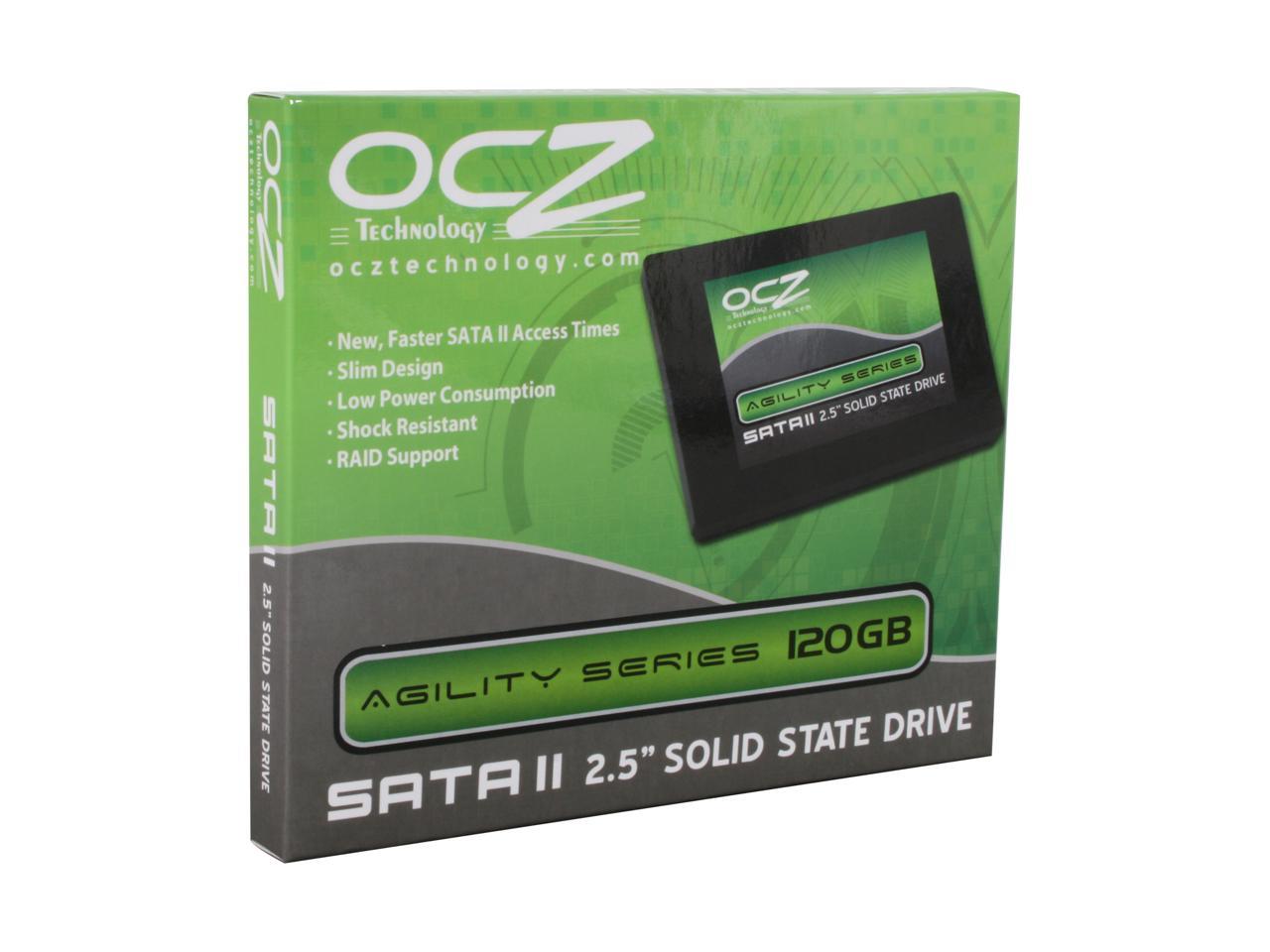 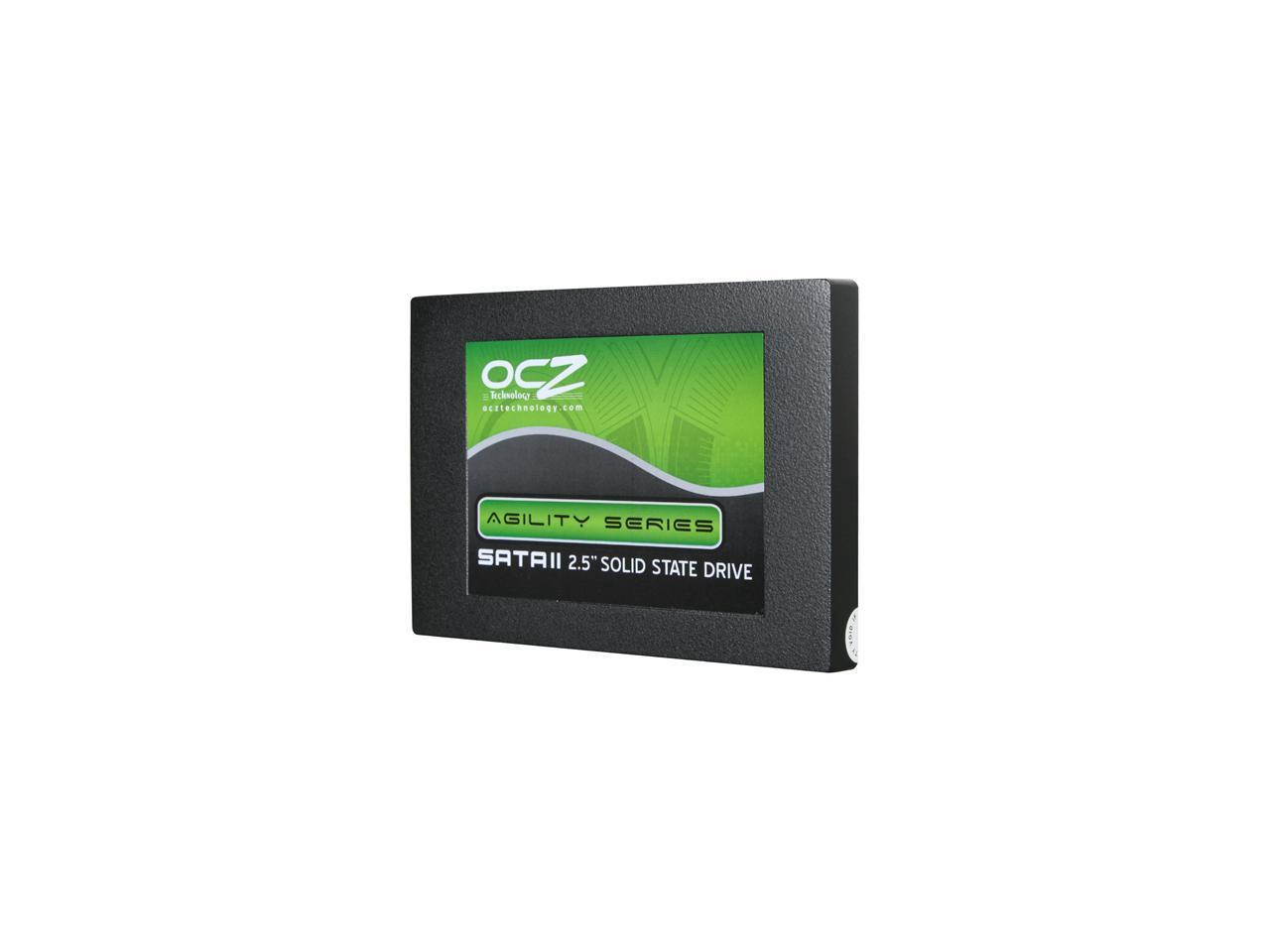 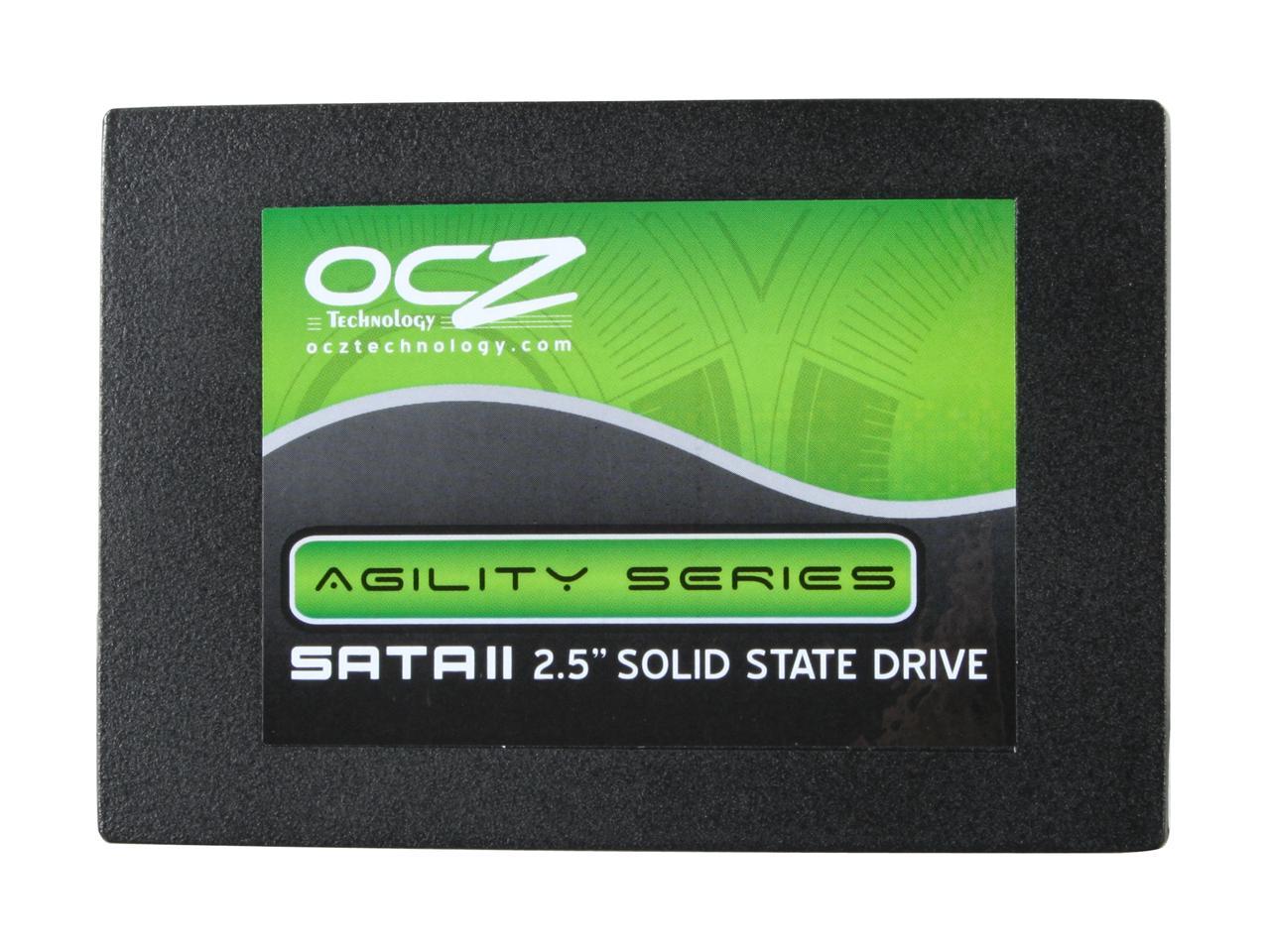 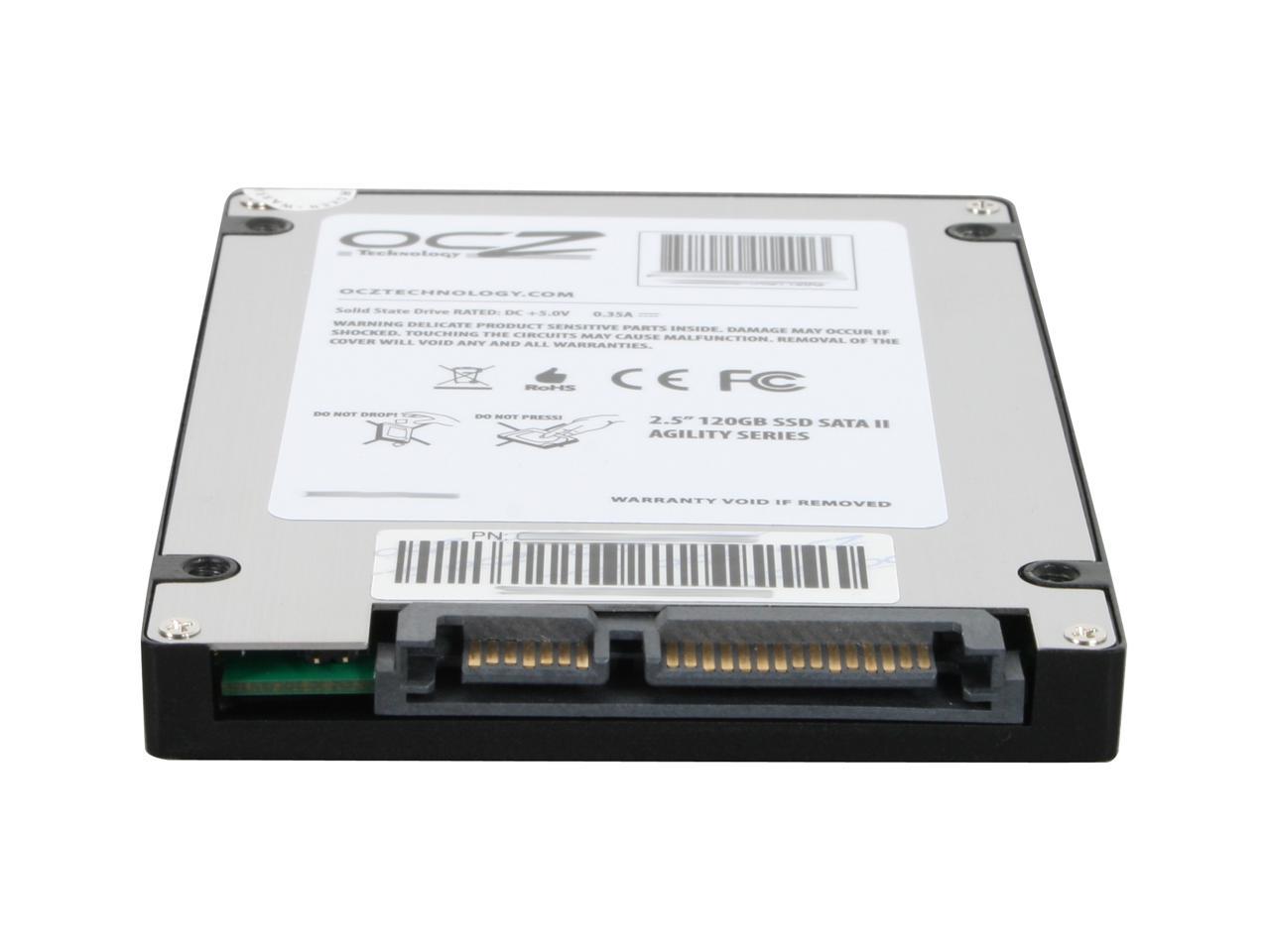 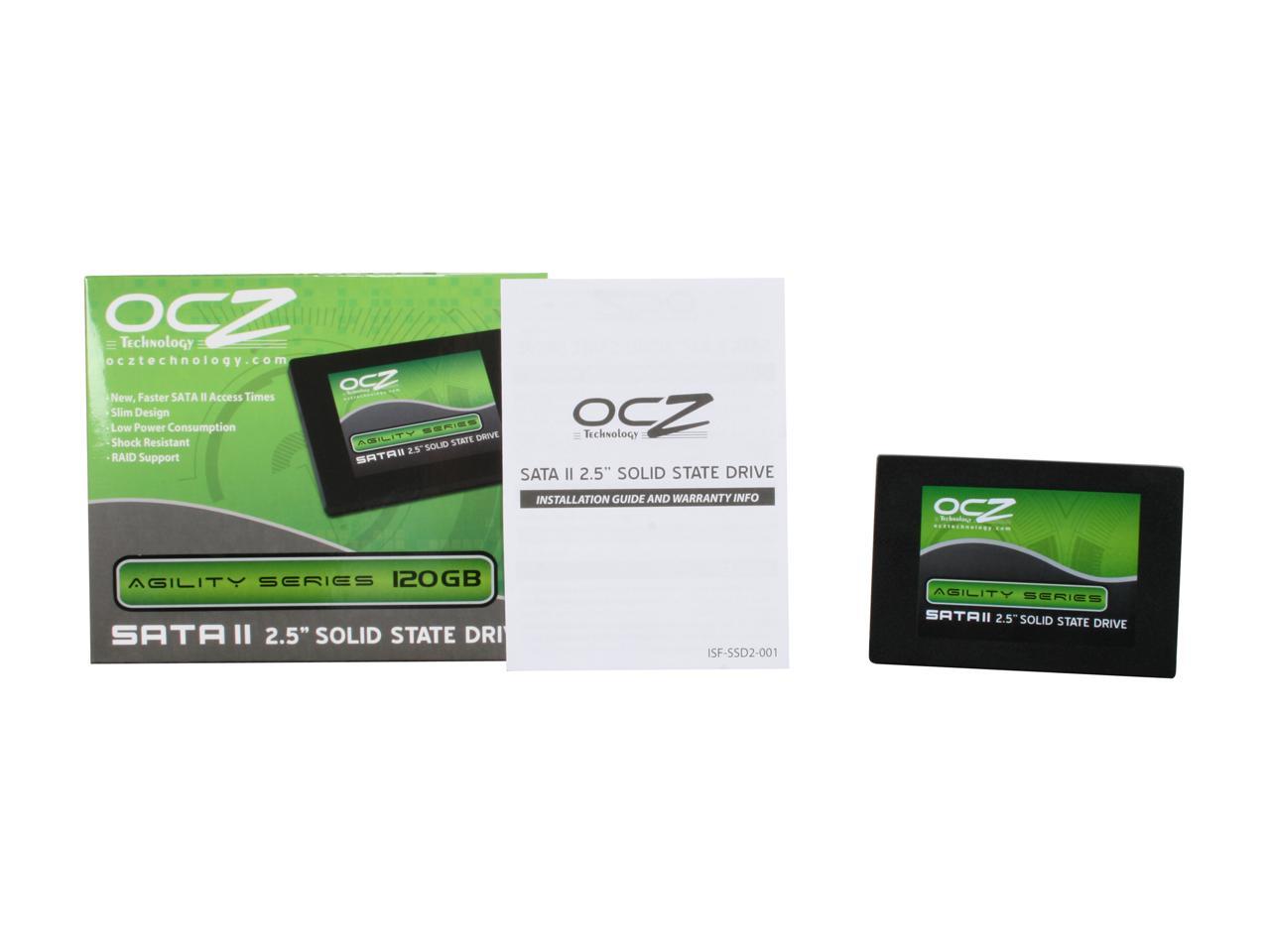 (70) Write a Review
OUT OF STOCK.
Overview
Specs
Reviews
If you're a computer enthusiast, then you have a need for speed! OCZ satisfies that need with a blazing fast solid state drive.
Now you can get more done with shorter load times thanks to this speedy peripheral. You'll experience read speeds up to 230MB/s and write speeds up to 135MB/s. Moving large files around won't be an issue any longer! You'll be amazed at how fast your programs load and how quick your computer boots up. Best of all, with no moving parts, you won't have to worry about mechanical failure or sound. A solid state drive by OCZ is one of the best upgrades you can make to your computer!

Pros: Loading Windows, shutting down and installing Windows is extremely fast. Everything is very snappy from loading application to gaming especially in WOW. Drive was much cheaper than the 120GB Vertex.

Cons: Price of SSD per GB but its worth it.

Overall Review: You need to do an alignment for these drives before you format and install Windows or reimage. You can get more info on alignment from the OCZ forums.

Cons: mounting brackets should really be included for the price price (but getting better - I got these from Newegg for $330CAD-$30USD mail-in rebate. Great deal!)

Overall Review: Bought two of these for a RAID0 configuration to replace a Seagate Barracuda 7200.12 RAID0 setup. As I had not yet seen an SSD in "real life" I was unsure of their actual, practical benefits. Reviews have a somewhat difficult time capturing "experience" beyond the strict numbers. SSD is here. And the everyday difference in your computing experience is quite astounding. Everything is that much more instantaneous. Program launches, application switching, returning from sleep mode...everything instant. The way computing should be. This is a more monumental upgrade than any CPU/mobo/RAM upgrade I have ever experienced. And my first home built was an AMD 386 DX40 to give you all some perspective.

Pros: Super fast - best single upgrade I've done in the last year, hands down. Windows 7 is available in 4 seconds once I log in (no spinning hard drive waiting for the anti-virus and other stuff to load).

Cons: None, although the rebate is with OCZ, and with their rebates going on-again-off-again, they sometimes get lost in the shuffle.

Overall Review: I have no regrets getting this drive over the Vertex drive.

Pros: I replaced the stock 120GB drive in my 2006 MacBook Pro with this Agility 120GB SSD and it makes a big difference... Huge. Especially in boot times, resume from sleep, application launch times, etc. Probably the biggest upgrade you could do to a laptop, and probably makes for a faster system overall than buying a new machine with a standard 2.5" hard drive. I bought this drive when the price was much lower than a Vertex... If they had been very close in price, I might have gone for the Vertex, but if there's a major difference, don't hesitate to grab one of these! They say the Vertex is a little faster, but if you didn't have them side by side I'm sure you wouldn't know the difference. These drives use the same controller as Vertex and just MAY have slightly slower flash memory chips in them.

Pros: I put 2 of these in raid-0 in 2 different computers. Vista and Windows 7 each take about 15 seconds to boot. All office programs open instantly, and Photoshop CS4 takes about 2 seconds to load.

Pros: Windows 7 and lots of hardware to support windows..8 GB of ECC Server RAM, this drive makes an awesome System or Boot drive. I also load programs on this drive. ... no storage,,, i have 7 other Seagates to handle that! I also have 2 AMD Opteron Quad Core Server Processors with a Shanghai Core and 2.4 Ghz. Currently, my processors mark the lowest score of 7.1 on the windows experience index. This drive brought it up from 5.5 to a 7.2 only for the Hard Drive. Boots Windows instead of a minute and half,,,, now 30 seconds,,, and that's because my Bios hangs it for 7 seconds!!!!

Cons: A little bit expensive. Ok, for now, in the future, I expect like regular harddrives,,, more space and faster drives for a more affordable price. I consider this price to be outrageous, but I have a need for speed! Not the Drug.

Overall Review: This is a very fast drive and my benchmarks show Read speeds at 239.8MB/s and Write speeds at 165.6MB/s which are both higher than stated on the box. No tweaking, just plug and play,,,, install windows and that's it. No overclocking ever in my machines. Items should perform straight out of the box or not at all.

Cons: I find it hard to to find a flaw, only thing I can think of was that the day after I bought it the Vertex was on sale for $10 less.

Overall Review: Capacity could always be higher but it's simple enough to set it up so that the "Users" and "ProgramData" directories get put on a separate magnetic drive, and even easier to install lesser used programs to that drive too. Windows 7 is also smart enough that you do NOT need to disable any services in order to extend it's lifetime

Pros: Simple to install. Ships with Trim ready Firmware (v.1.4) Activates Win7 Trim automatically. Used as an OS drive you FEEL the speed increase. Reasonable price for the performance improvement. OCZ forum is full of good information, and the support is there for you even though most won't need it.

Cons: No 50¢ 2.5" to 3.5" stamped drive bay adapter for standard PC installs. I double-stick taped mine to a drive tray. You need to manually disable Superfetch service and Auto Disk Defrag in Win7 after installation. Win XP and Vista users must do routine disk maintenance to keep performance from degrading.

Overall Review: With Win7 Trim disk maintenance, SSD use for a PC is no longer just for geeks. Most anyone can set one up, and the arcane digital gymnastics formerly required are now a thing of the past. The OCZ forum has guides (stickys) with simple setup requirements. Keep your traditional hard drive for backups and storage of large files, and you will be amazed at how zippy your "new" system has become with this drive. I am very happy with this purchase.