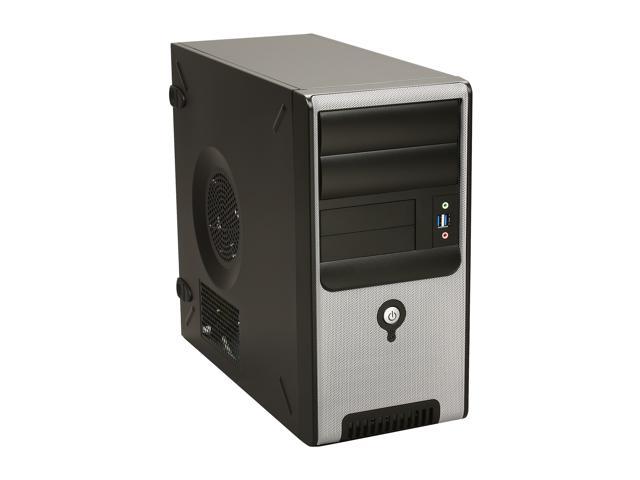 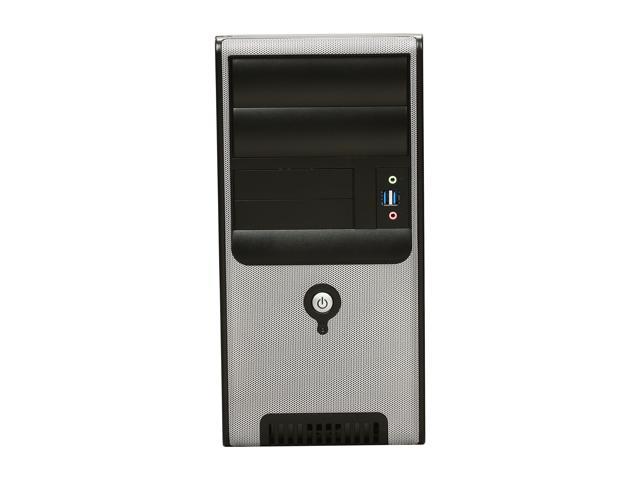 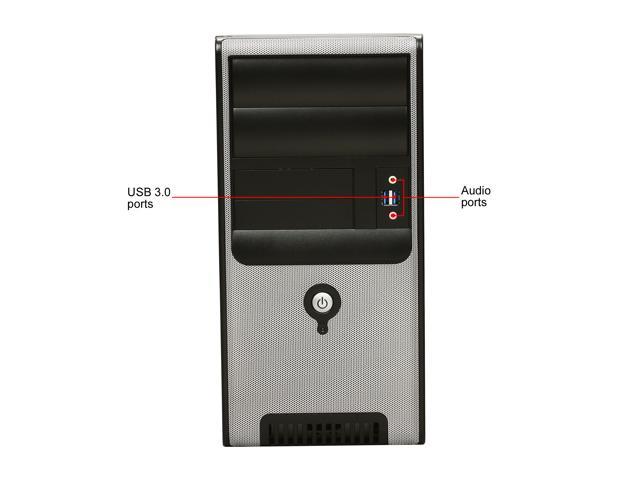 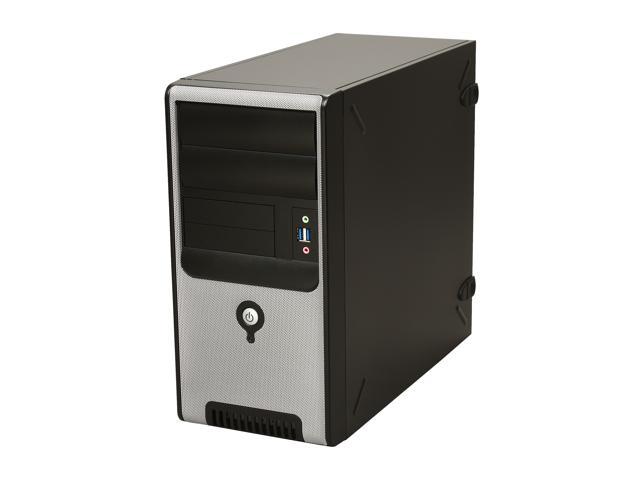 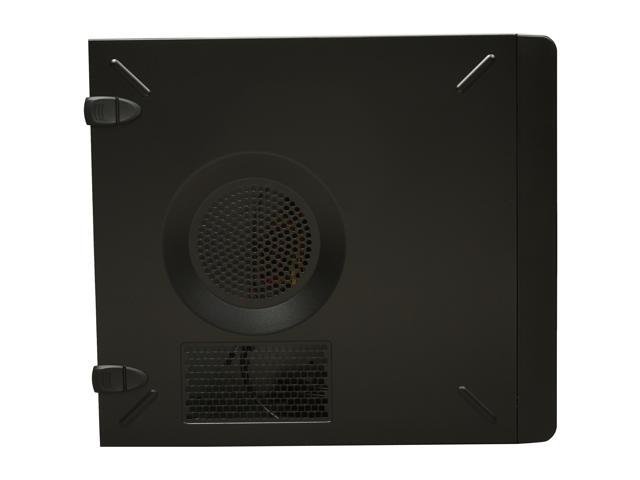 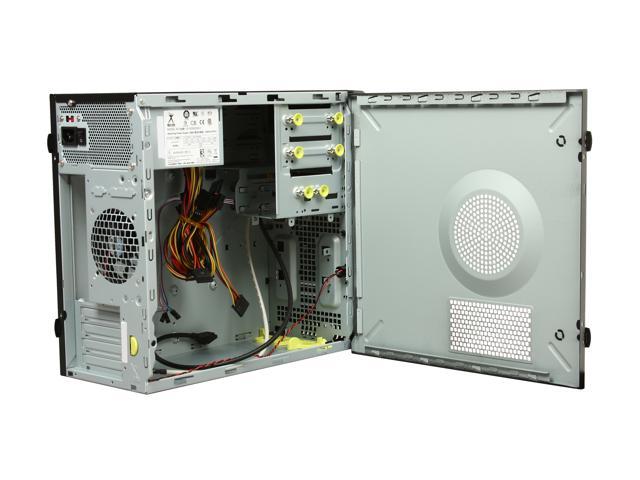 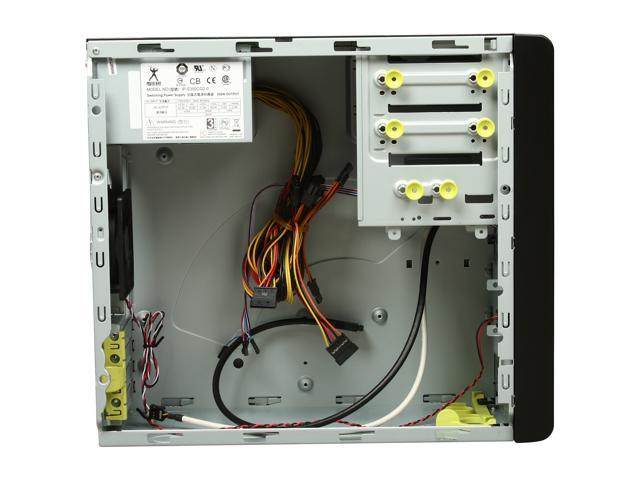 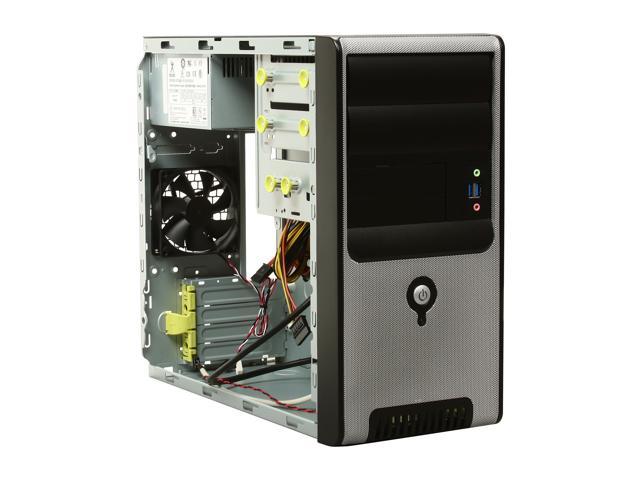 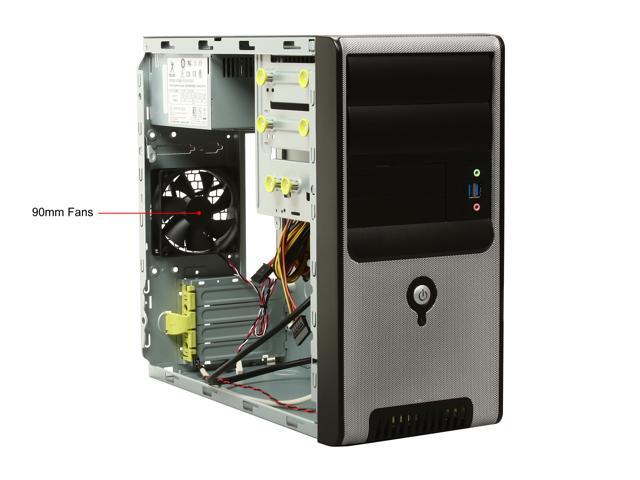 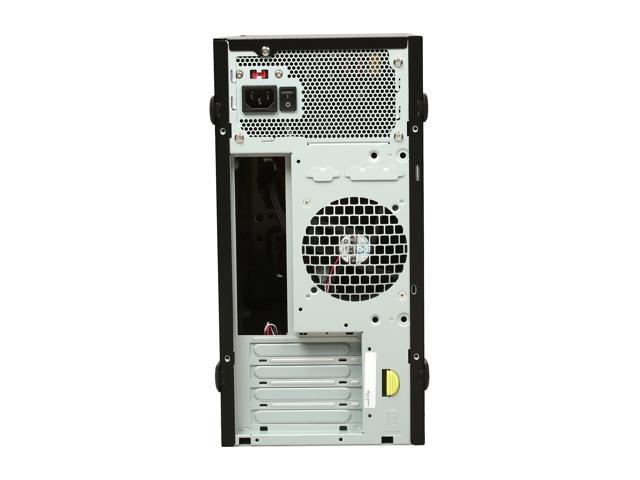 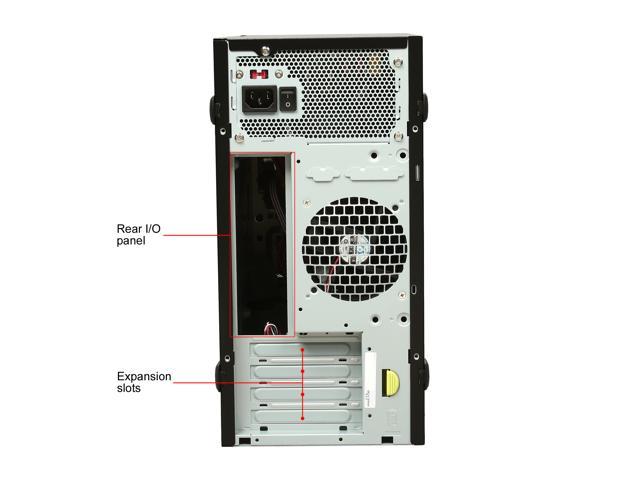 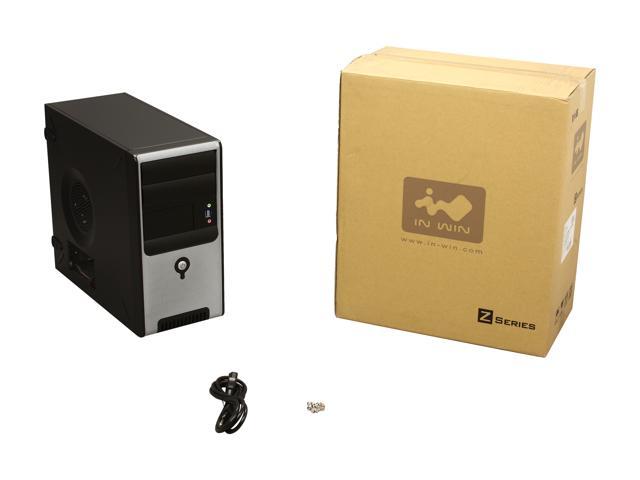 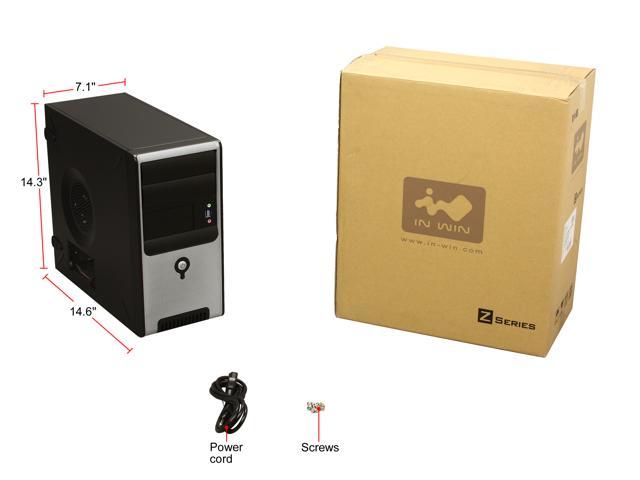 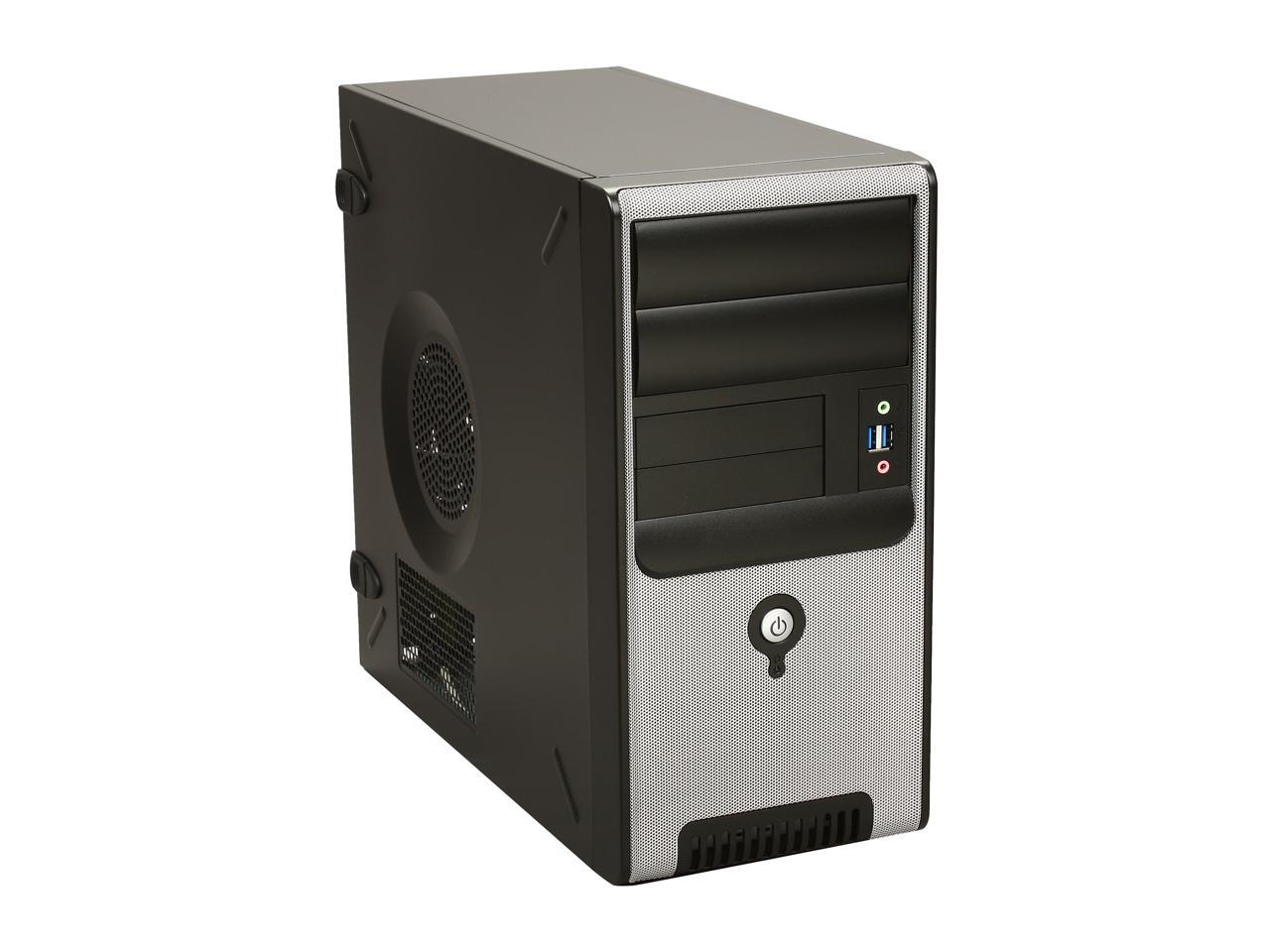 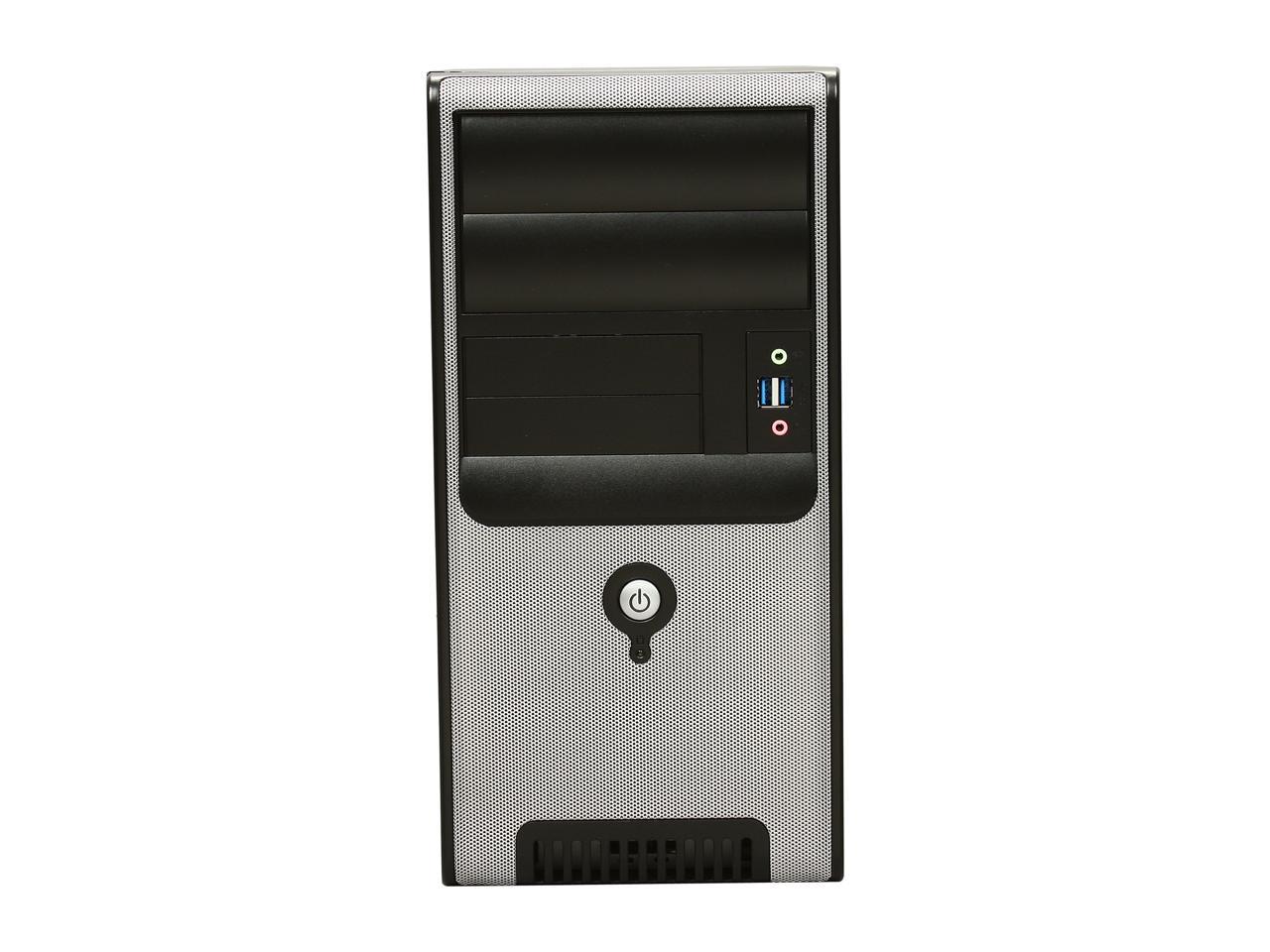 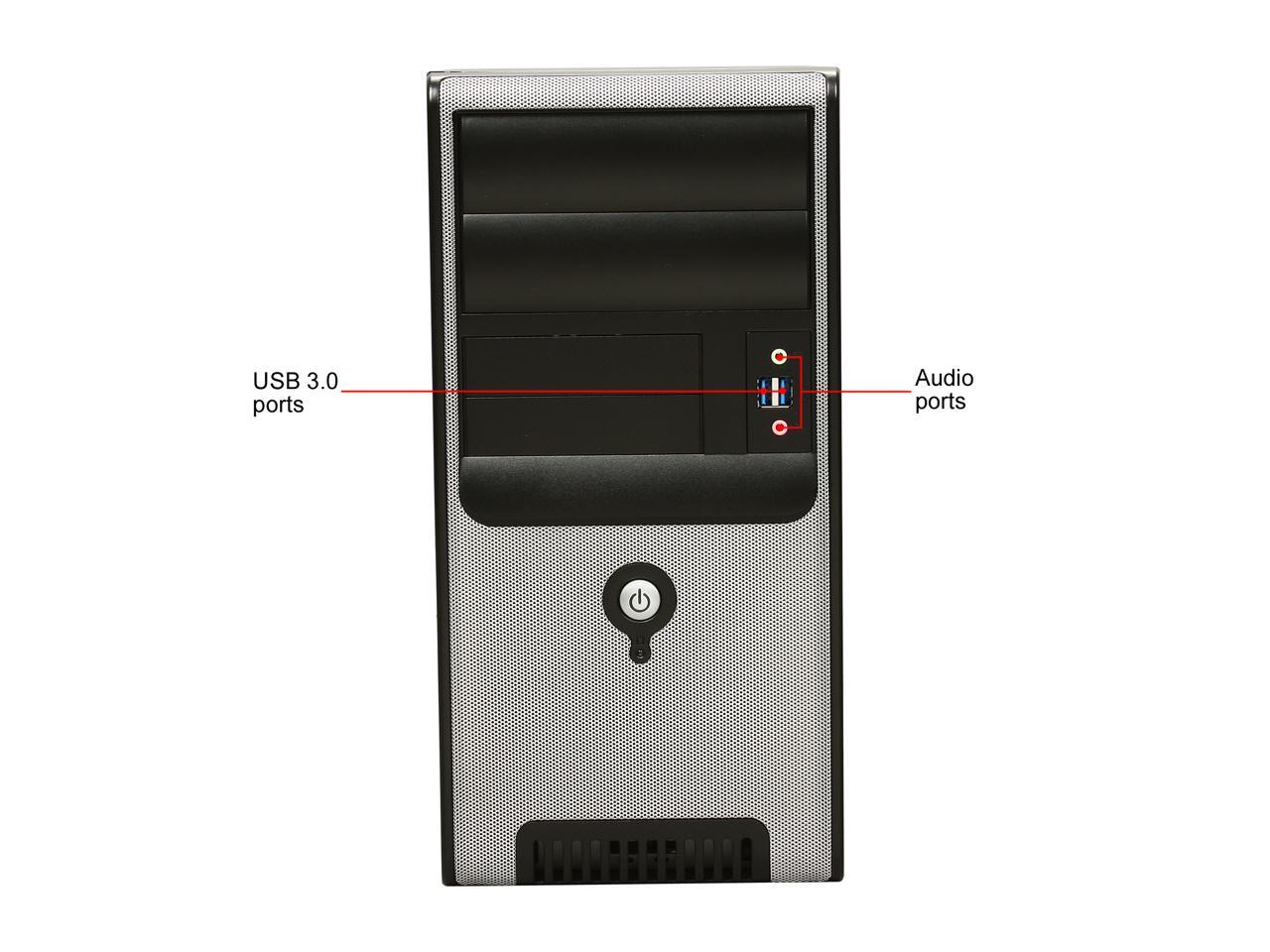 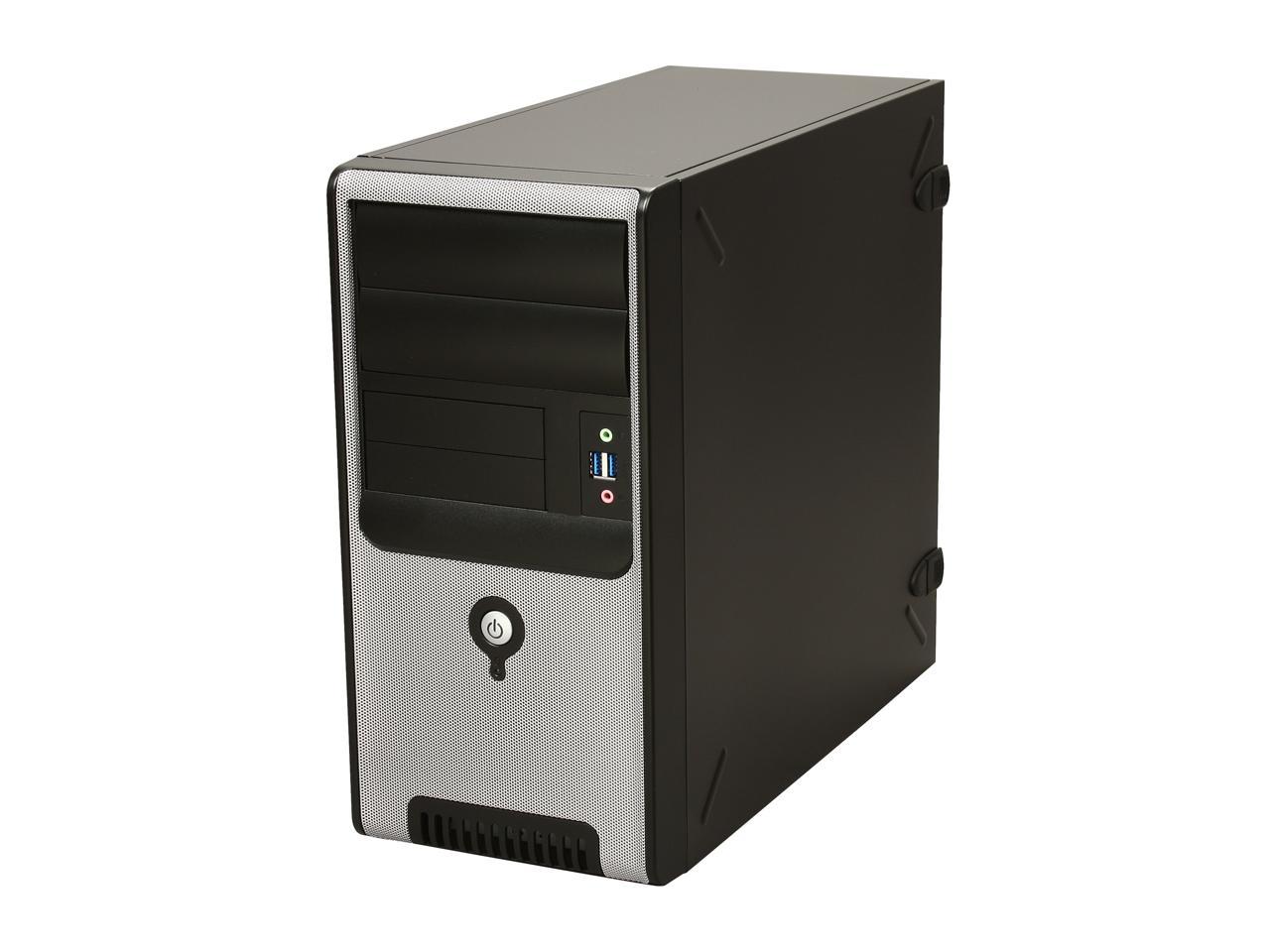 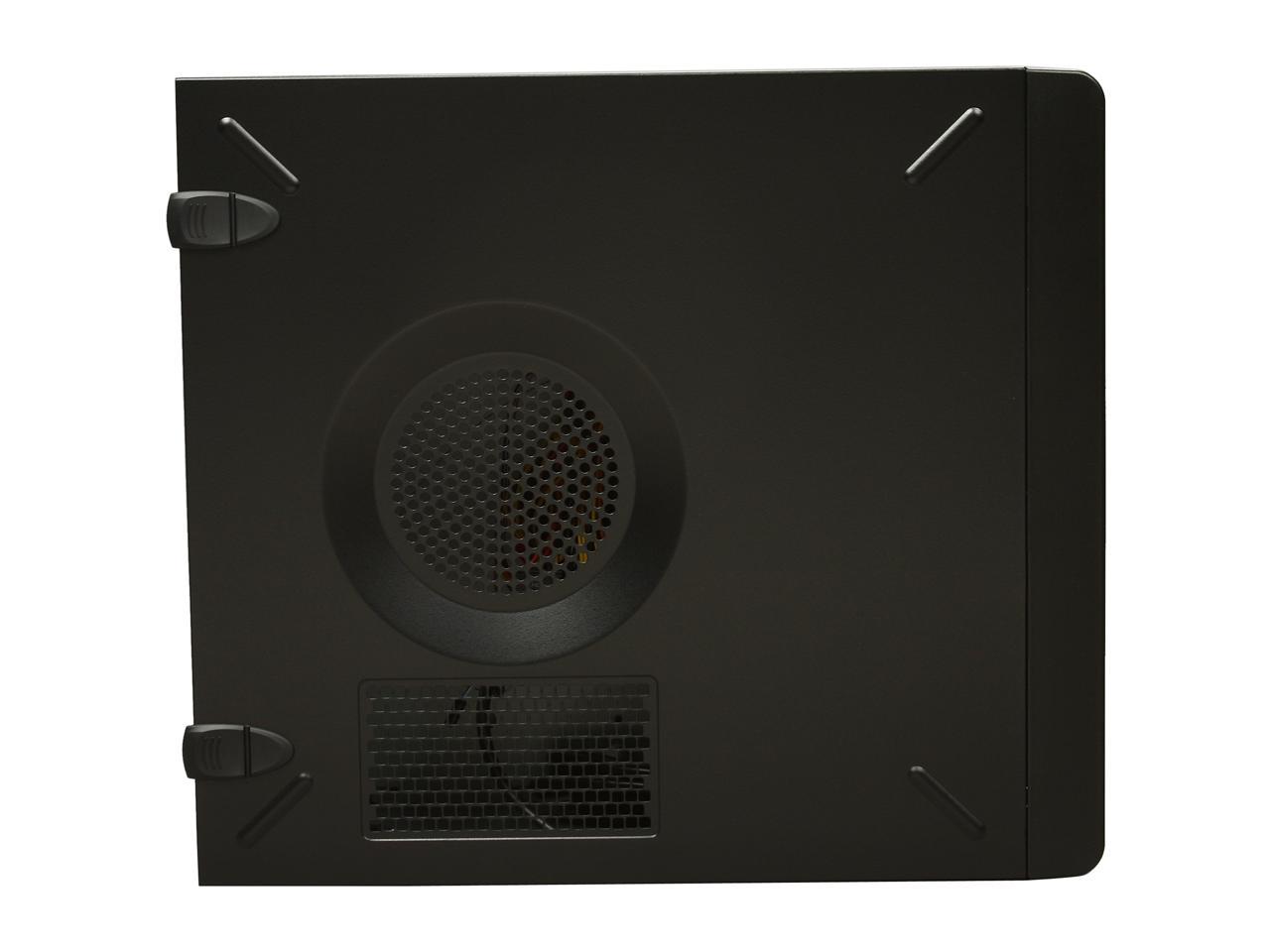 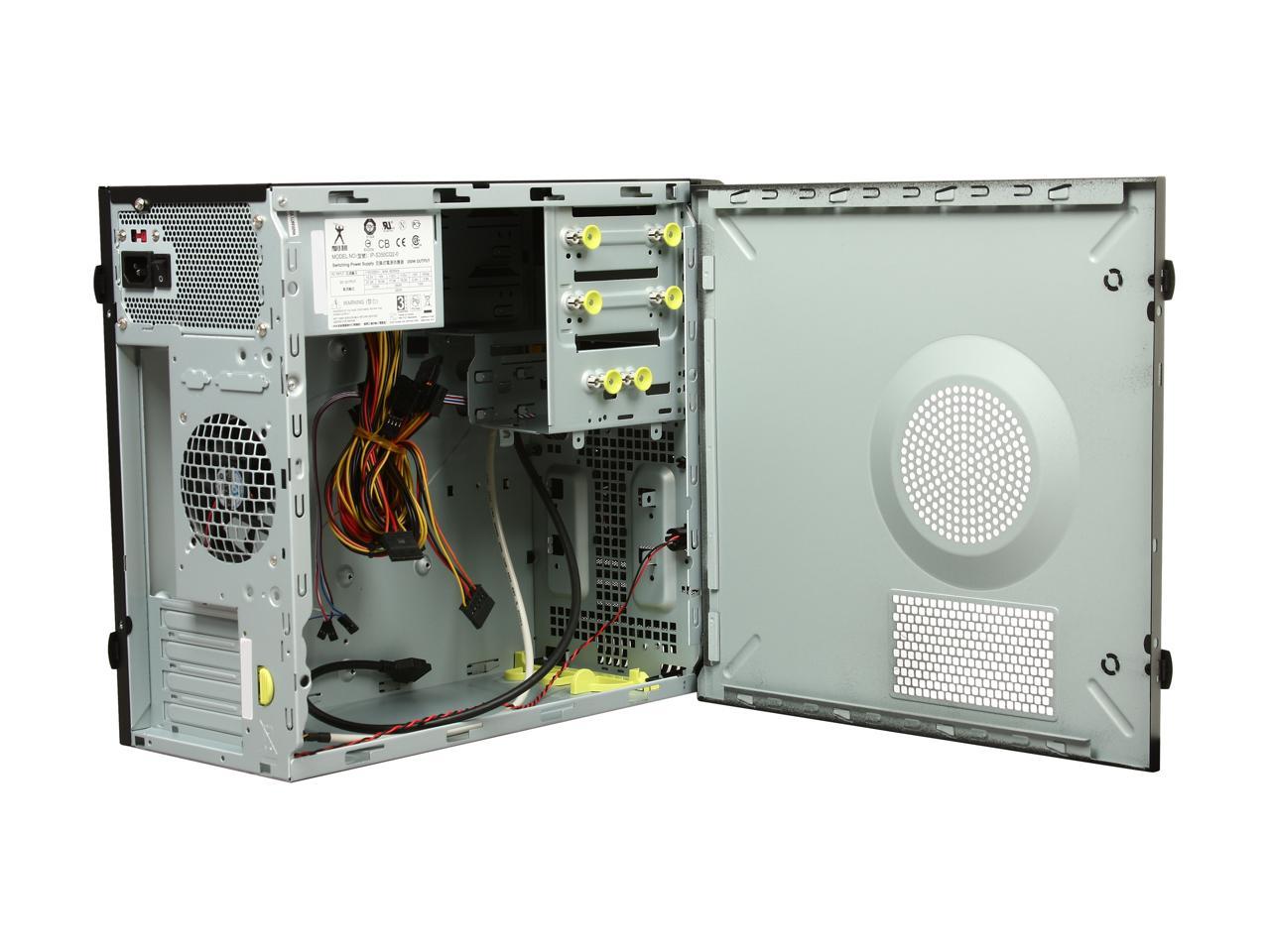 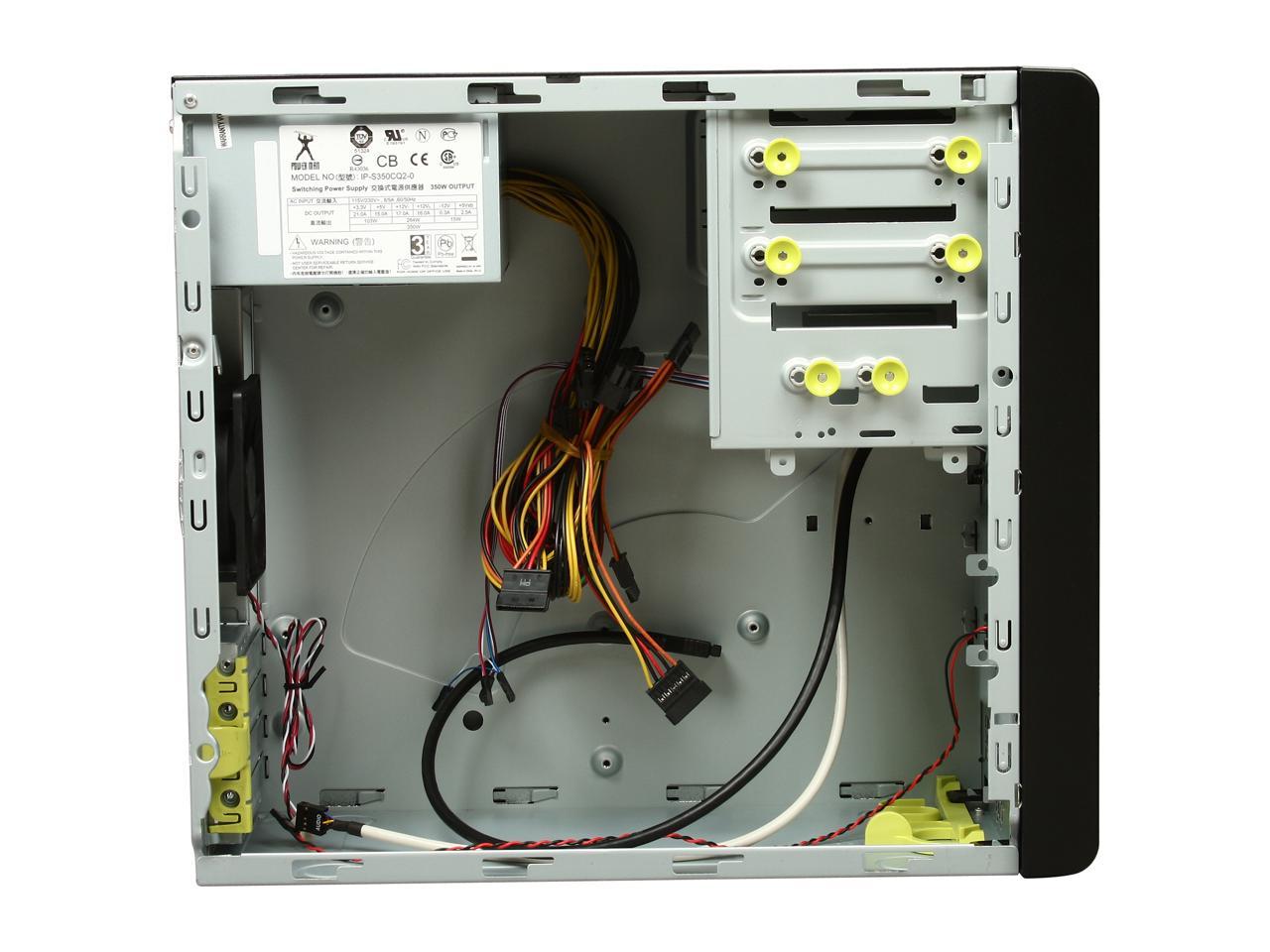 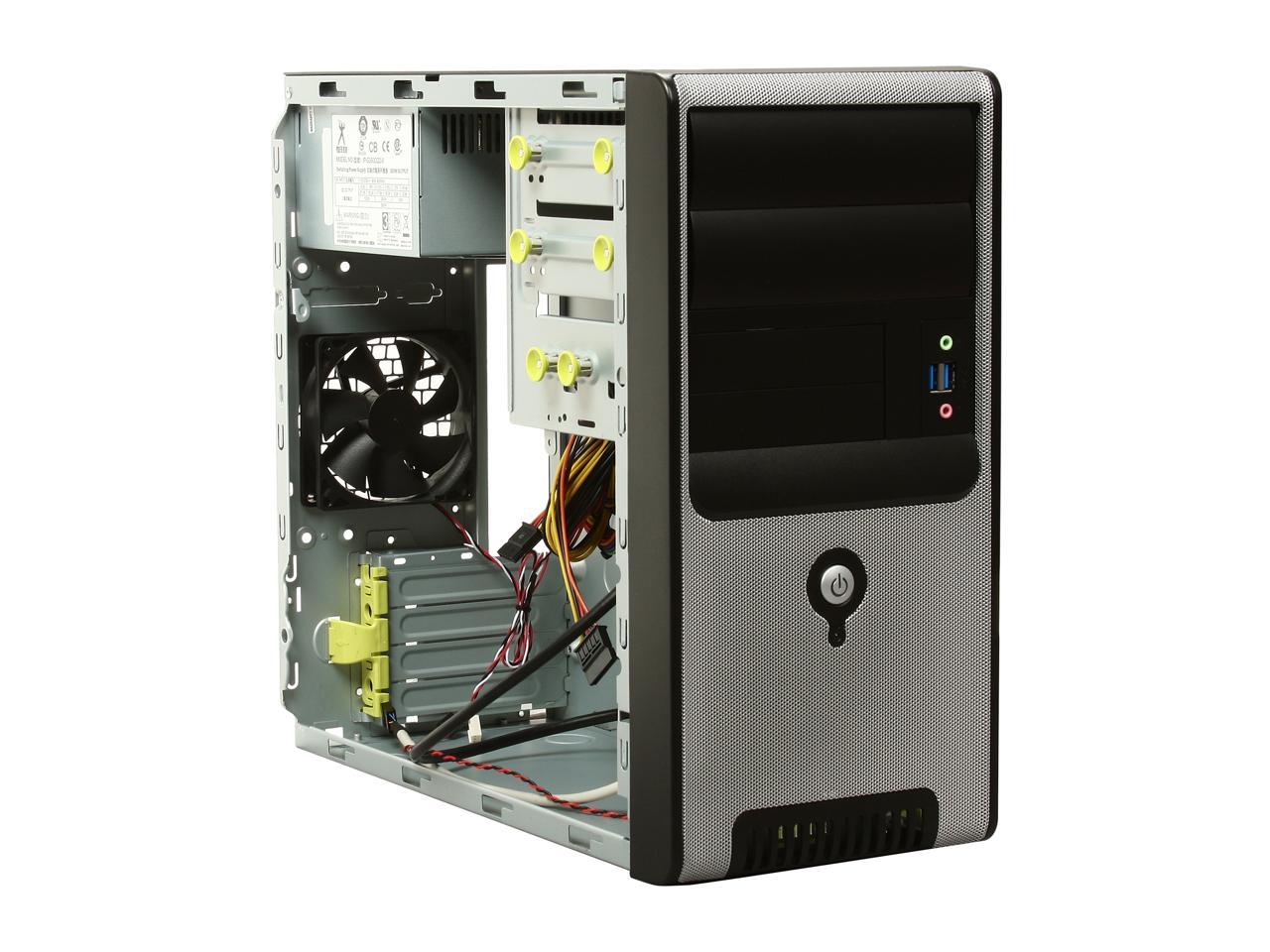 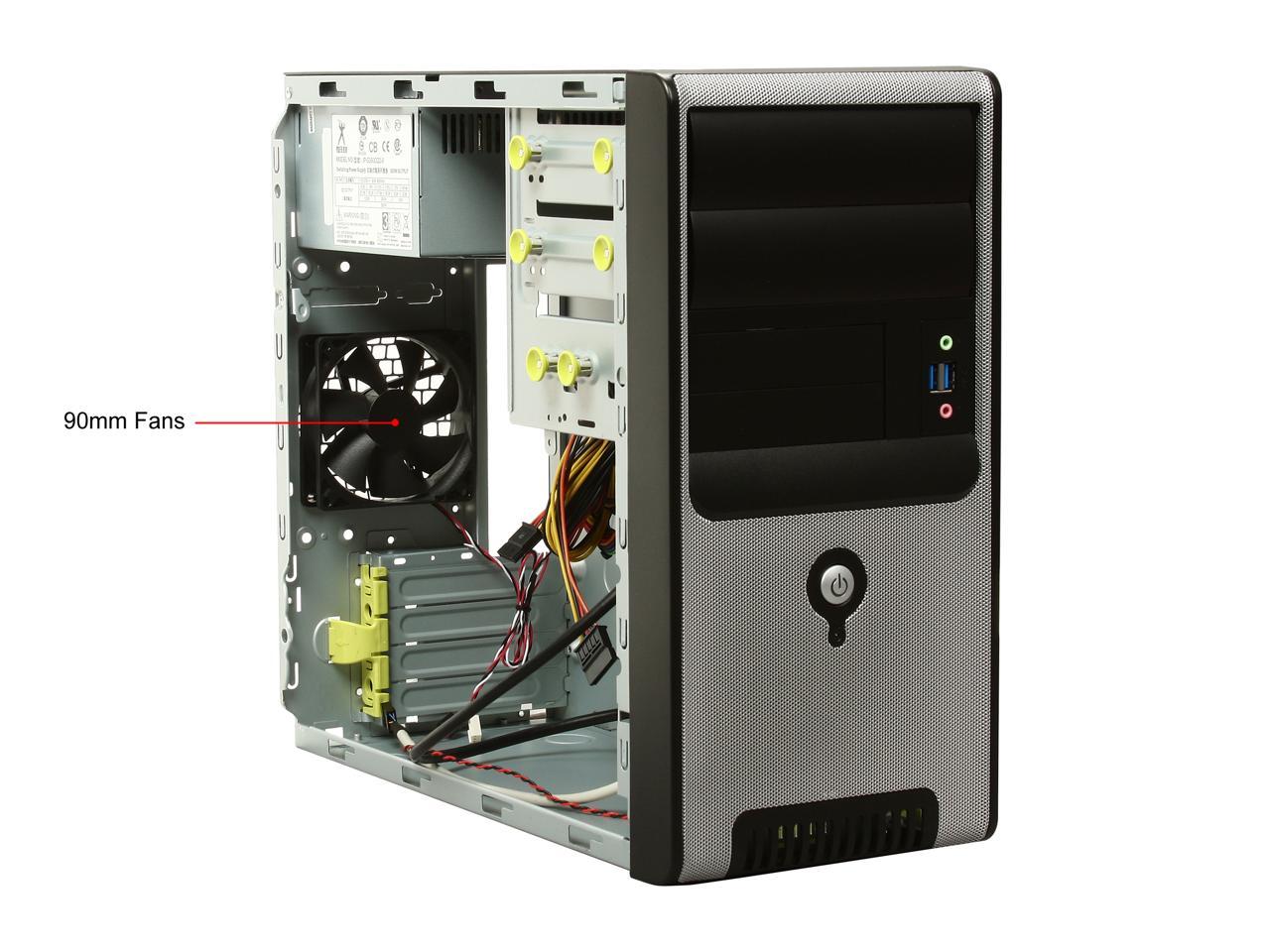 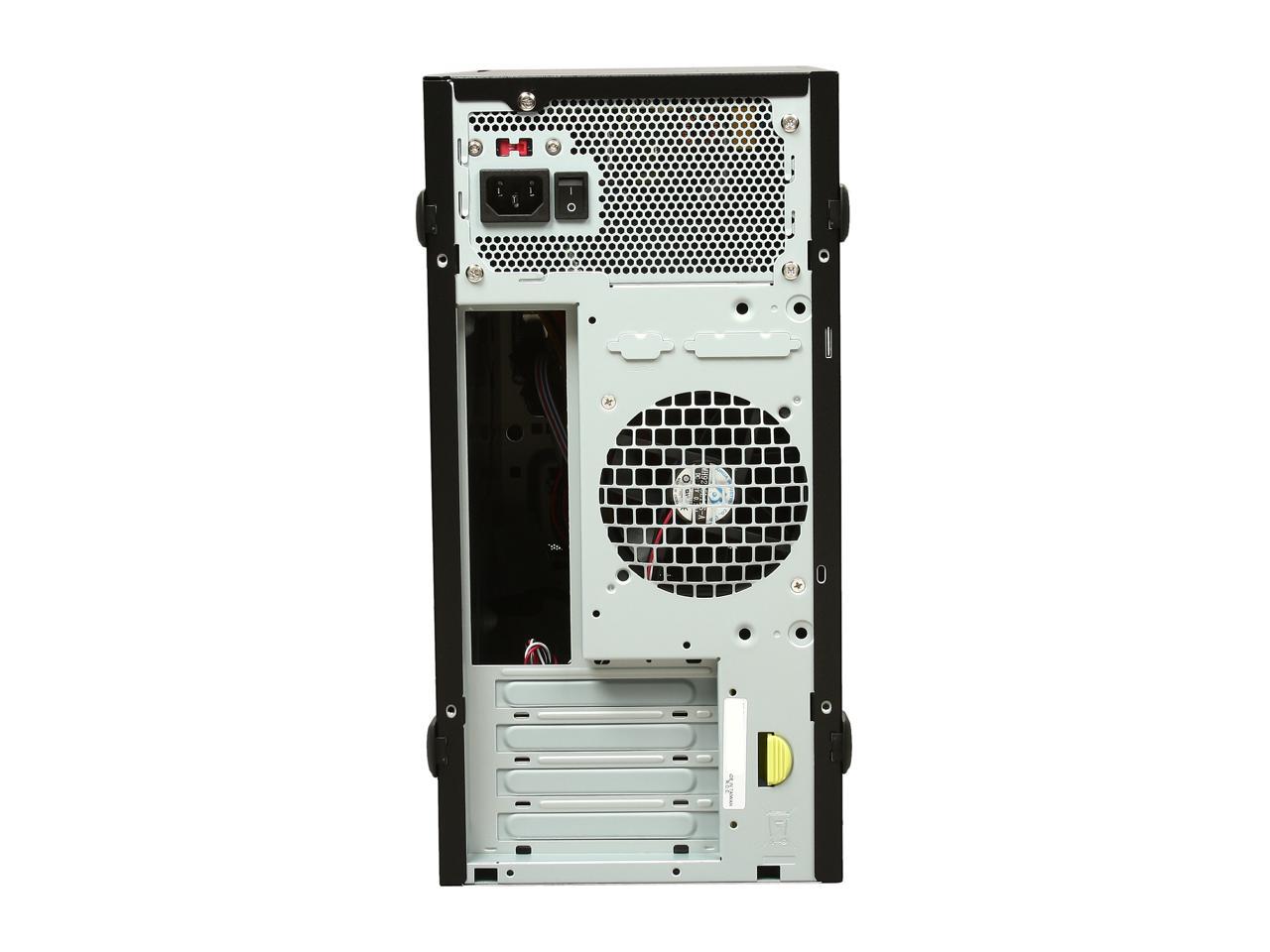 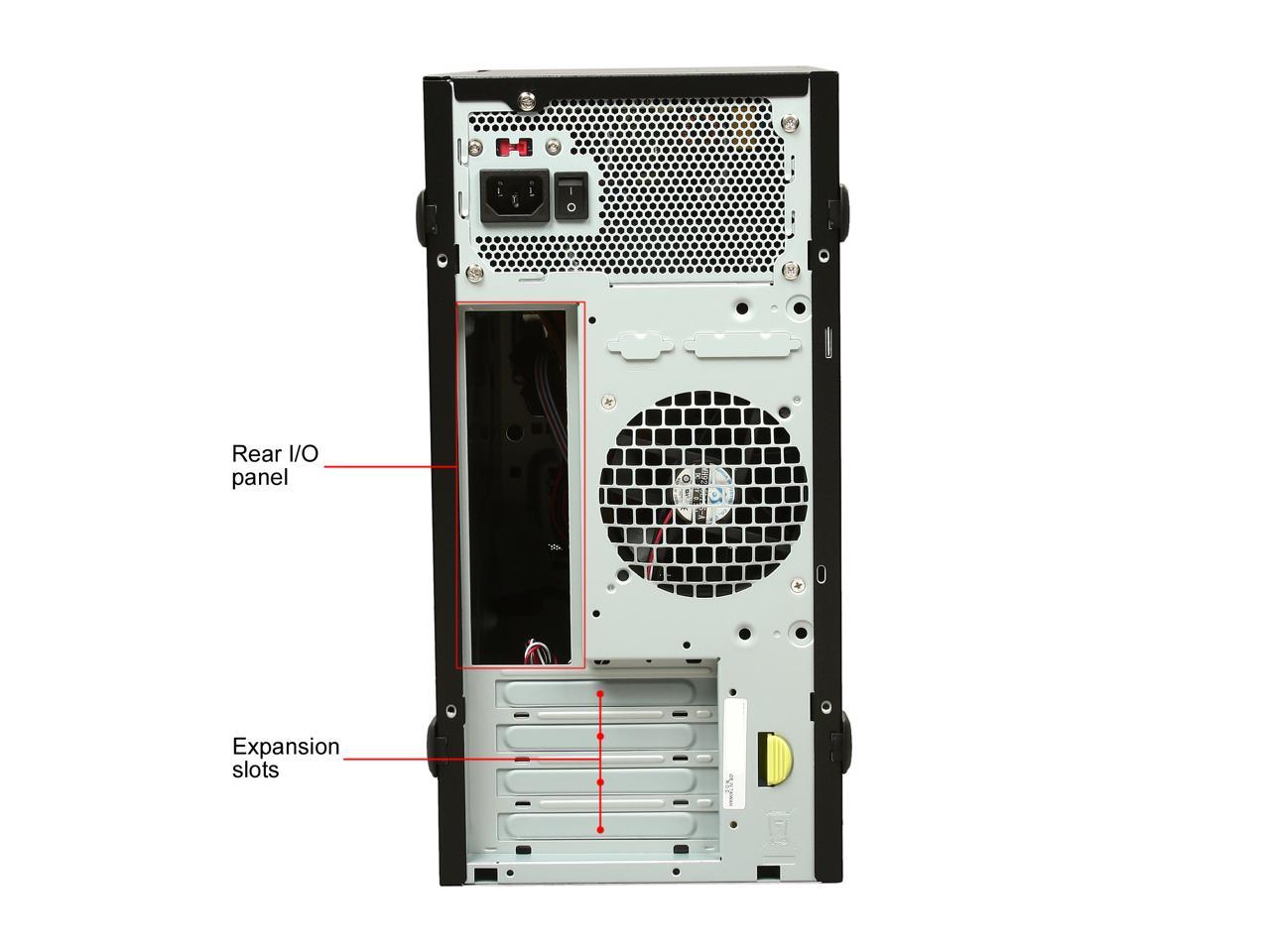 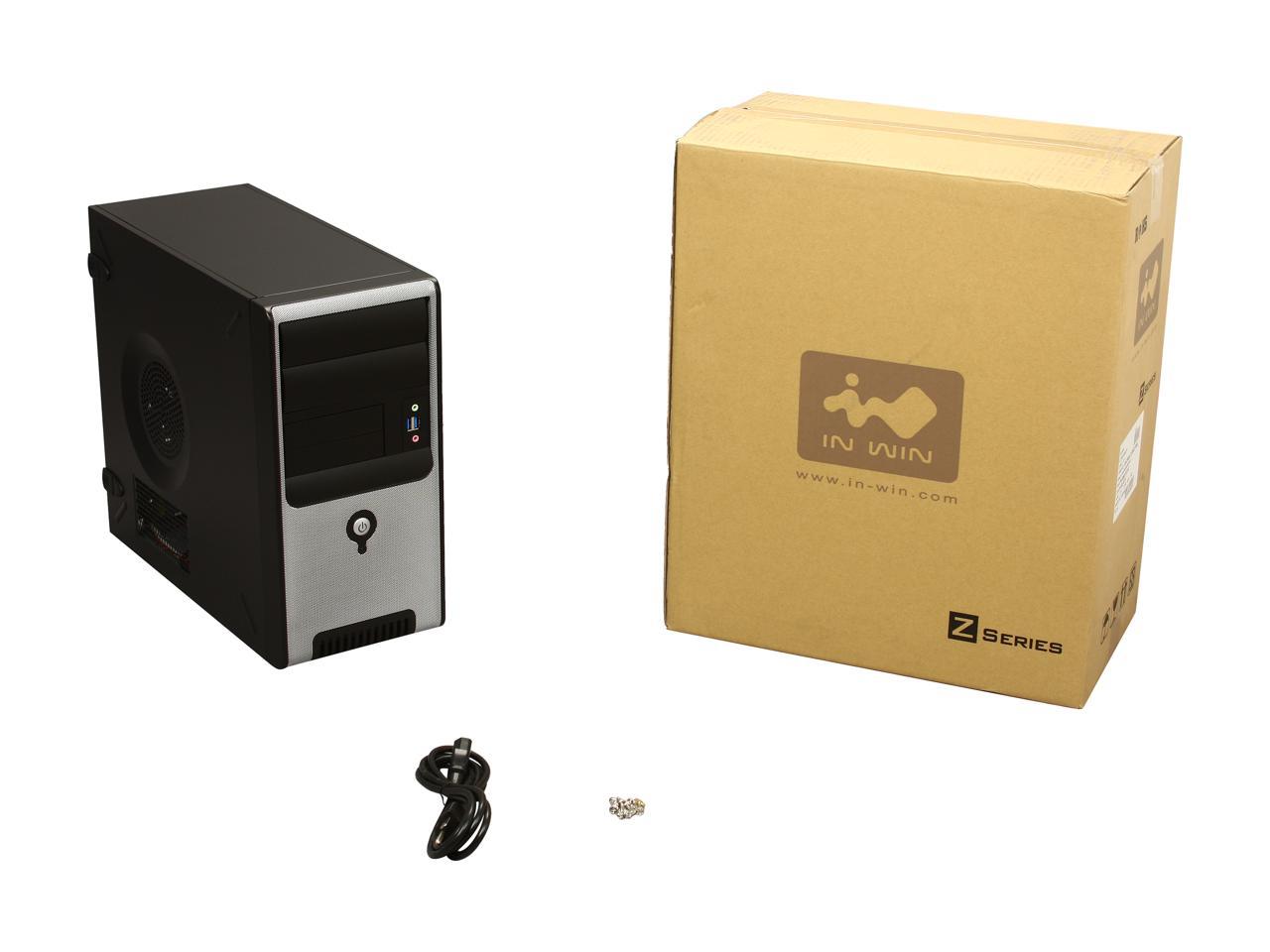 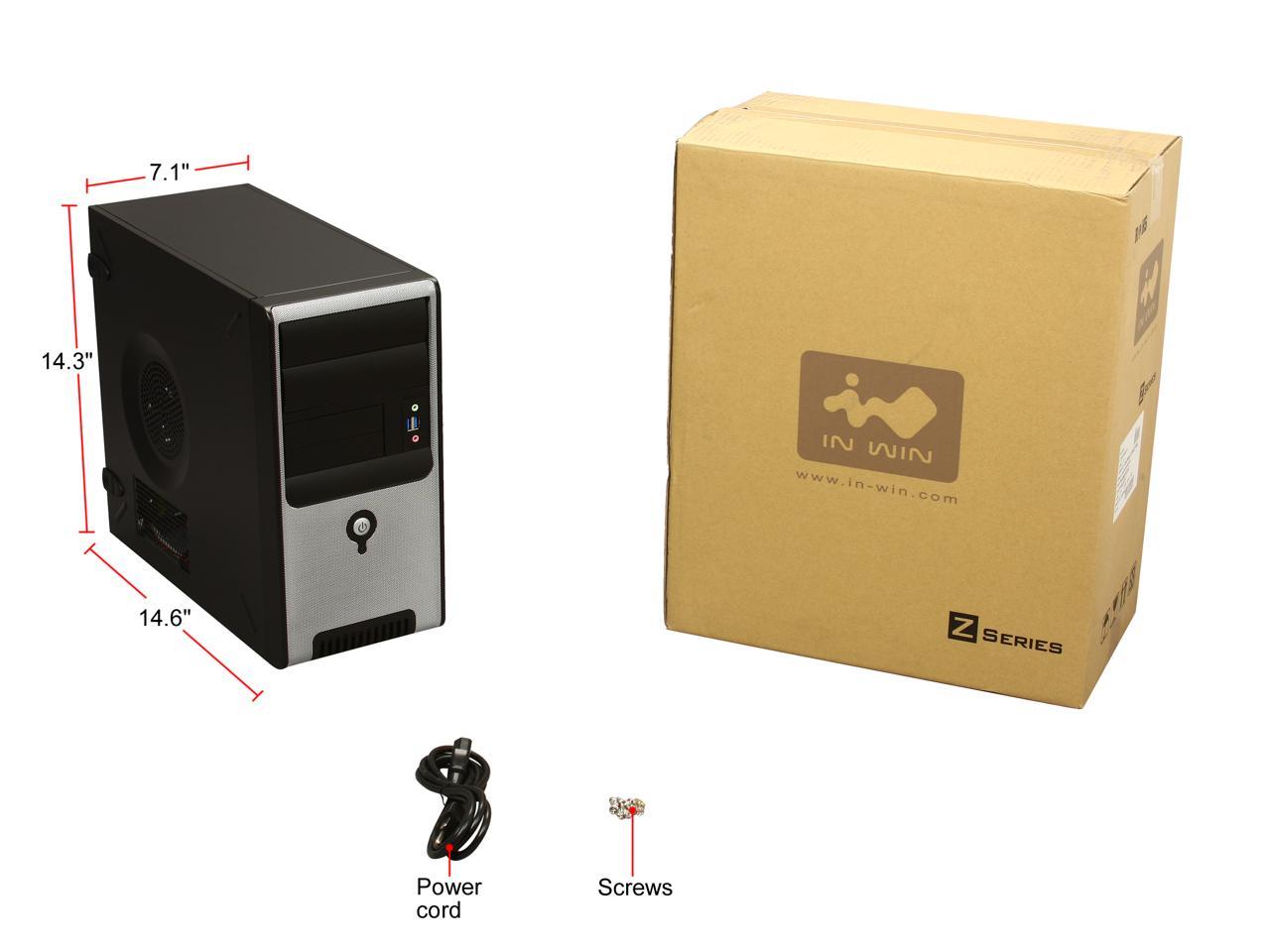 Qualified for TAC 2.0 with a mass ventilation hole side panel design to strengthen thermal efficiency and cool down the entire system.

The actual product is subject to change without prior notice.

Pros: *Side panel clips make getting into the case simple and easy *Front panel release mechanism inside makes cleaning dust out easy *Included PSU has appropriate length cabling *Power button feels very durable. As silly as this may sound I find it comforting *2.5" drive mount is extremely clean and elegant versus every other option I've seen (3.5"-2.5" brackets, YUCK!) *Extremely consistent build quality, I just built 7 machines, the most identical builds I've ever constructed. *Internal USB 3.0 plug for front USB. (wrapping a USB cable through the computer and plugging it in to the back is a joke... right?)

Cons: *I'm a little unsure of putting any sort of PCI-E graphics option in with only a 350W PSU, would feel more at ease with a ~430W. *Nearly impossible to find in the mATX form factor but I still prefer bottom mounted power supplies for lower center of gravity. That being said, this case is not in any way unstable, in fact it IS very stable so maybe this con is really just me being overly picky.

Overall Review: I will continue to buy this case for all my office builds until someone challenges it in the mATX market. Highly impressed with build quality, consistency, features, everything. It's a little more money than the one I had been getting but worth every penny. Also, it seems LOTS of people are building in mid-towers and full towers for absolutely no reason, I wish the mATX form factor would get more respect.

Pros: Come with a reasonable 350W PS which is fine for many applications, in my case an HTPC. With a microATX board there's plenty of internal space. The plastic fasteners generally work well, and the included fan seems solid. The front panel USB3 ports connect via a cabled connector into the board header -- clean and works great.

Cons: I found four cons, none critical. One is that it's not clear how to open the side panels. Turns out the plastic pieces at the rear need to be pulled outward to release the panel, and then they need to be rotated about 45 degrees to remain released. Don't remove them, just rotate them part way. Next is something's amiss with the fastener layout for the 3.5" drive bay. It uses two relocatable push pins that are intended to secure the drive, but I couldn't find any position that allowed me to align both pins with drive screw holes. I had to settle for just one pin and remove the other to avoid interference with the side panel. Nest is there's a clever plastic clamp at the rear that secures the extension slot I/O panels without requiring screws. Problem is that if your card extends to the top of the bracket, then there's no room for the edge of the clamp. You can still close the clamp as far as it will go, but the I/O panel covers are not secure and could conceivably fall into the body of the PC. I had to just go down them installing screws, the very thing the clamp is intended to render unnecessary. Last is simply than no hardware is included with the case, presumably because the plastic fasteners replace it? Well, that overlooks the need for screws to secure the motherboard.

Overall Review: Yes, I would buy the case again given a similar need, 350W is enough for most applications and the voltages are all good. I'm running an AMD A6 on an Asrock FM2+ mATX board and it's all good. I anticipate eventually upgrading to a Kaveri APU using the same setup. A good looking sturdy mATX case optimally used with mATX boards, with minor gotchas. A further note to the manufacturer: This is my first exposure to standoff-less mainboard trays and I'm not ecstatic. Problem is in areas there is too little clearance between the underside of the board and the metal of the tray for comfort. I'd much rather have to go through the "hassle" of installing standoffs where needed and avoid any risk of accidental shorts.

Pros: Most compact decently constructed mATX case I could find that would fit a standard ATX power supply. Great ventilation - I run a PC with only 1 fan and my temps are ideal. It has a handy 2.5 inch drive mount, perfect for my OS SSD - one of the primary reasons I bought it.

Cons: Comes with a power supply - I can't comment on the included unit, but it's a waste of money for me as I always buy a power supply. Case width will not fit tall CPU heat sinks. You'll need a low profile version.

Overall Review: I miss the sound damping goodness of my Lian-li case. Because a HDD mounts directly to the metal chassis, there is considerable noise with use.

Cons: Internal 3.5" bay is kind of awkward, especially if you are using a 2.5" drive as well. I put my 3.5" drive in the external bay, but had to add a mounting screw so that it would fit between the case front and the memory.

Overall Review: The fan isn't super loud or super quiet. Can't decide if I'll replace it or not. I think this is a nice case if you are looking for a smaller than standard form factor, but don't want to get really cramped.

Overall Review: This issue needs to be made more obvious in the product description. Many of us have been buying in-win cases for years without seeing changes so I got caught out. Adapters are available if you hunt around.

3 out of 10 people found this review helpful. Did you?