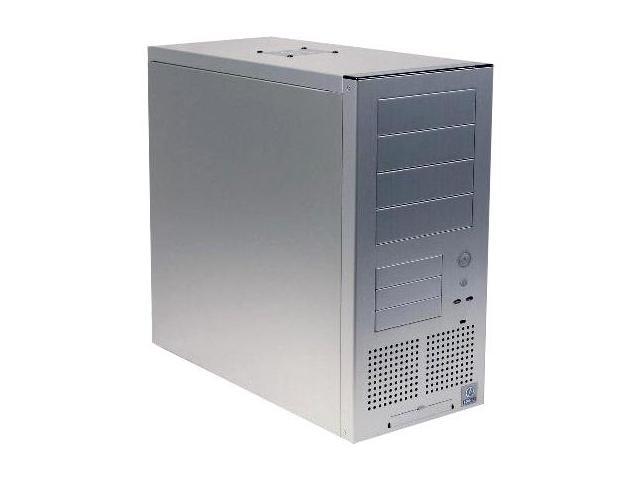 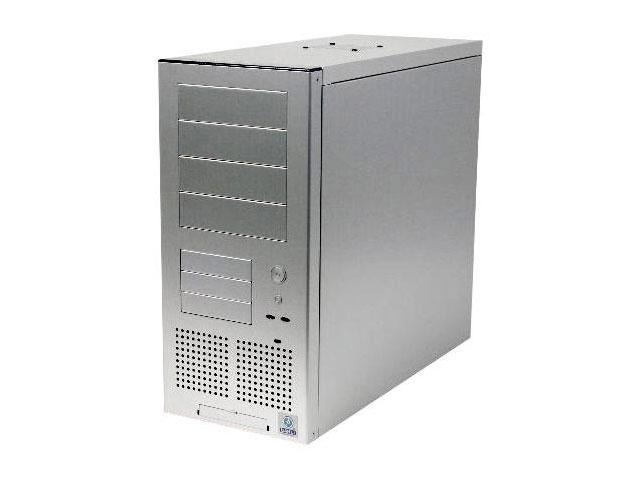 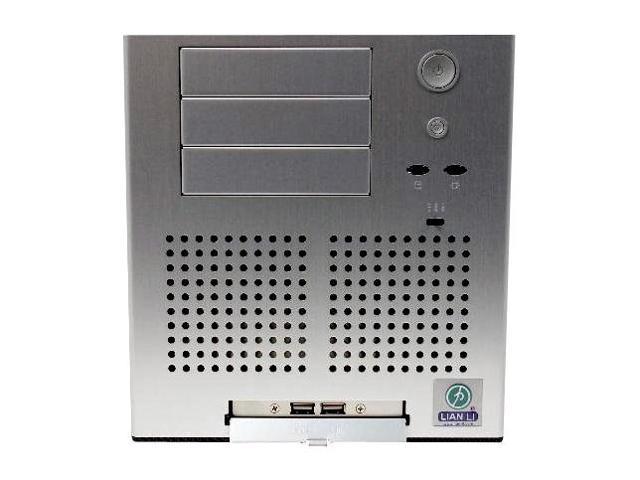 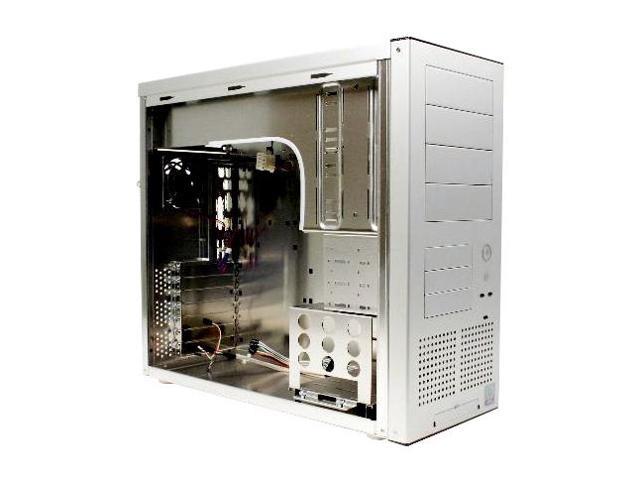 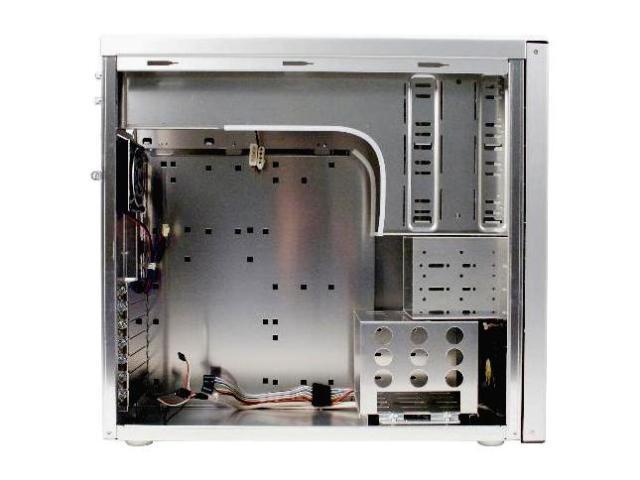 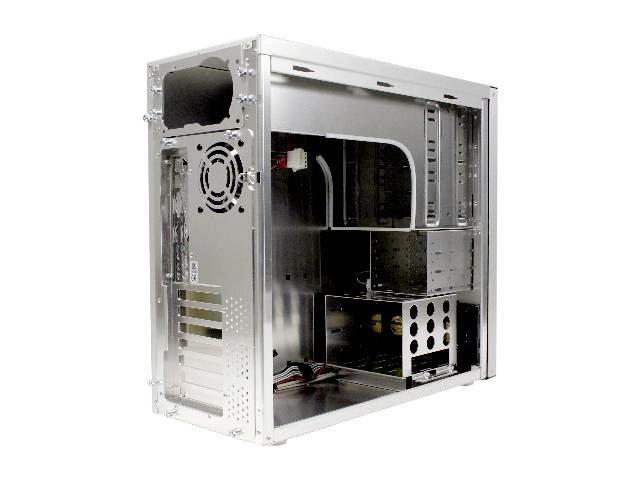 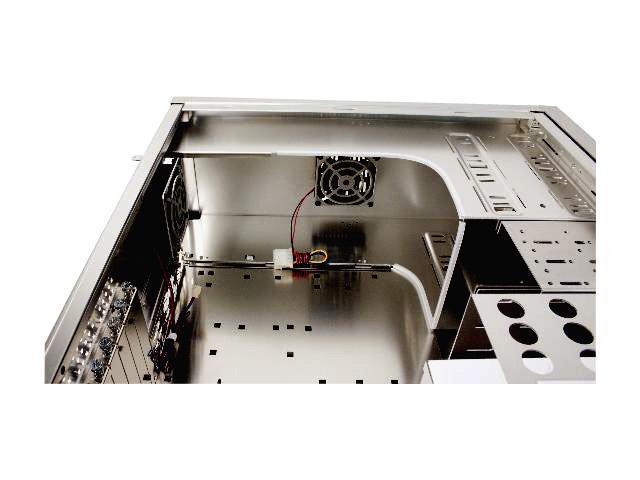 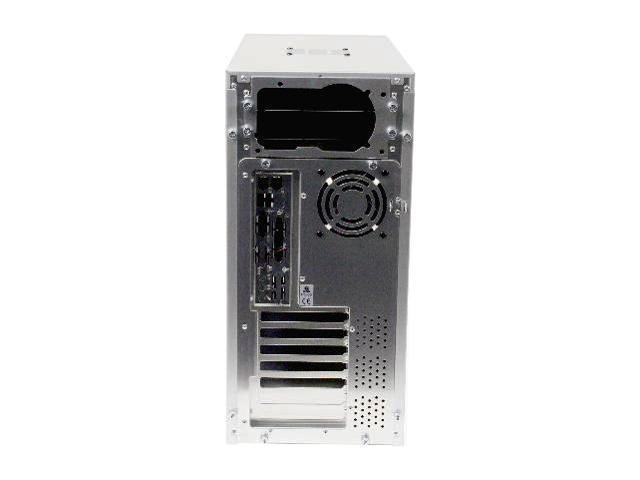 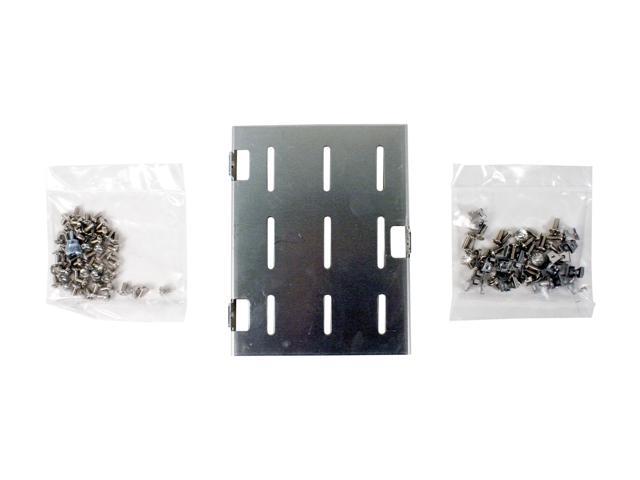 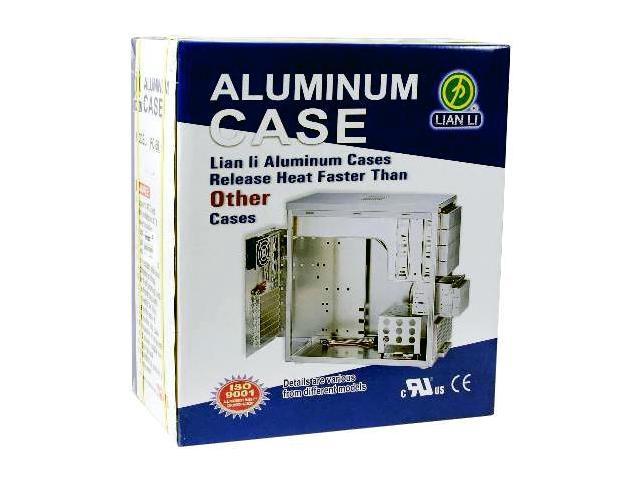 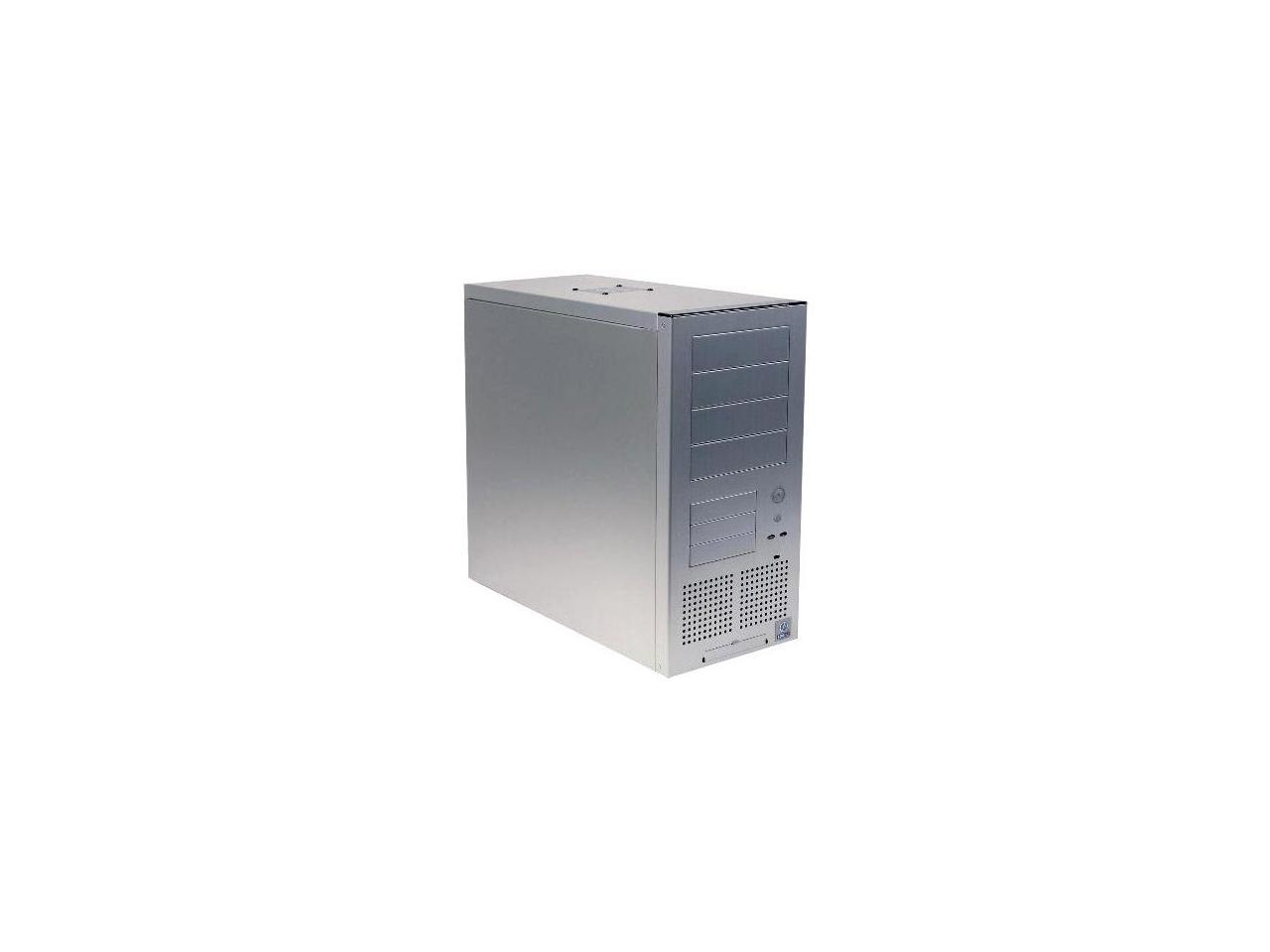 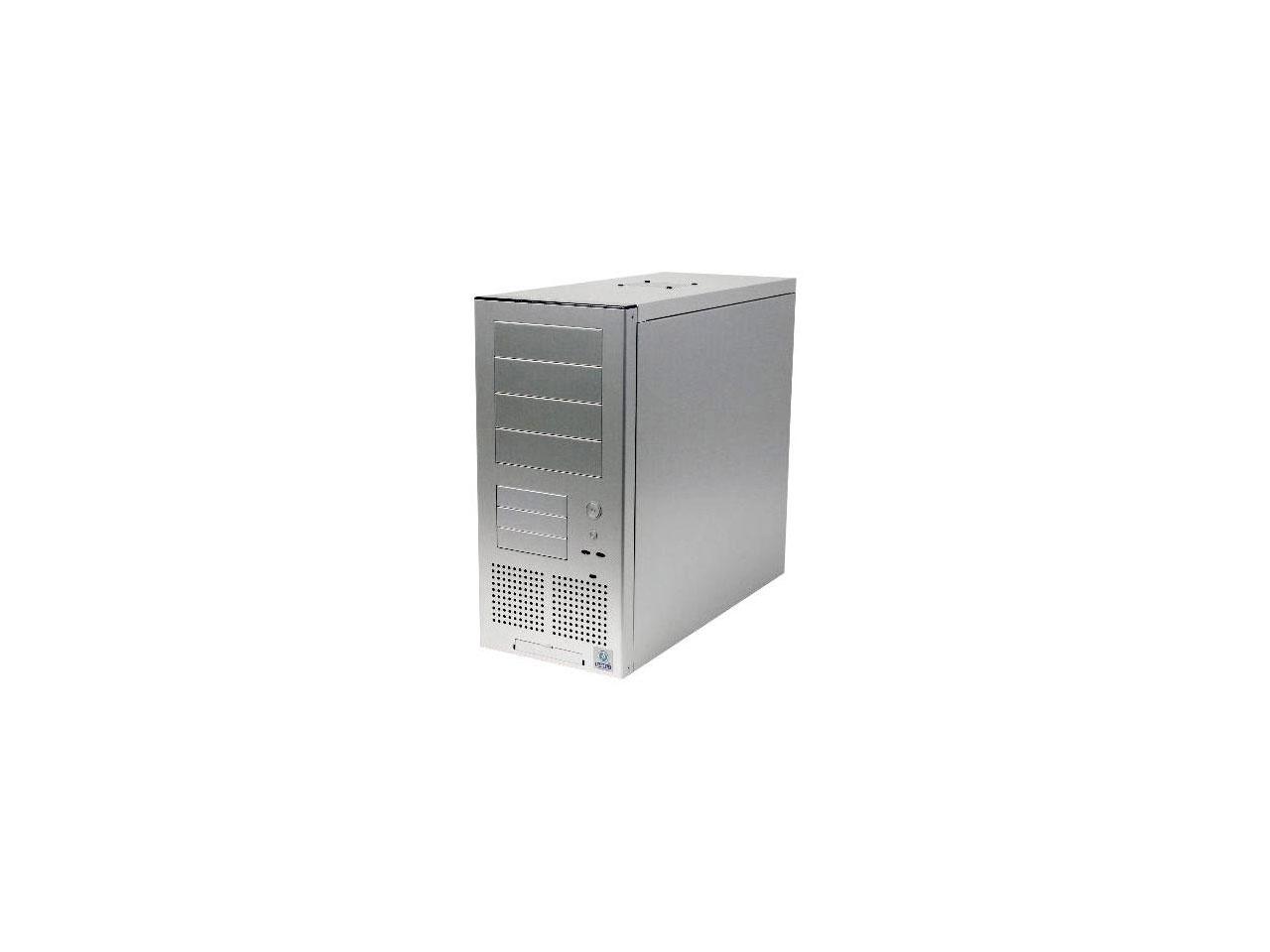 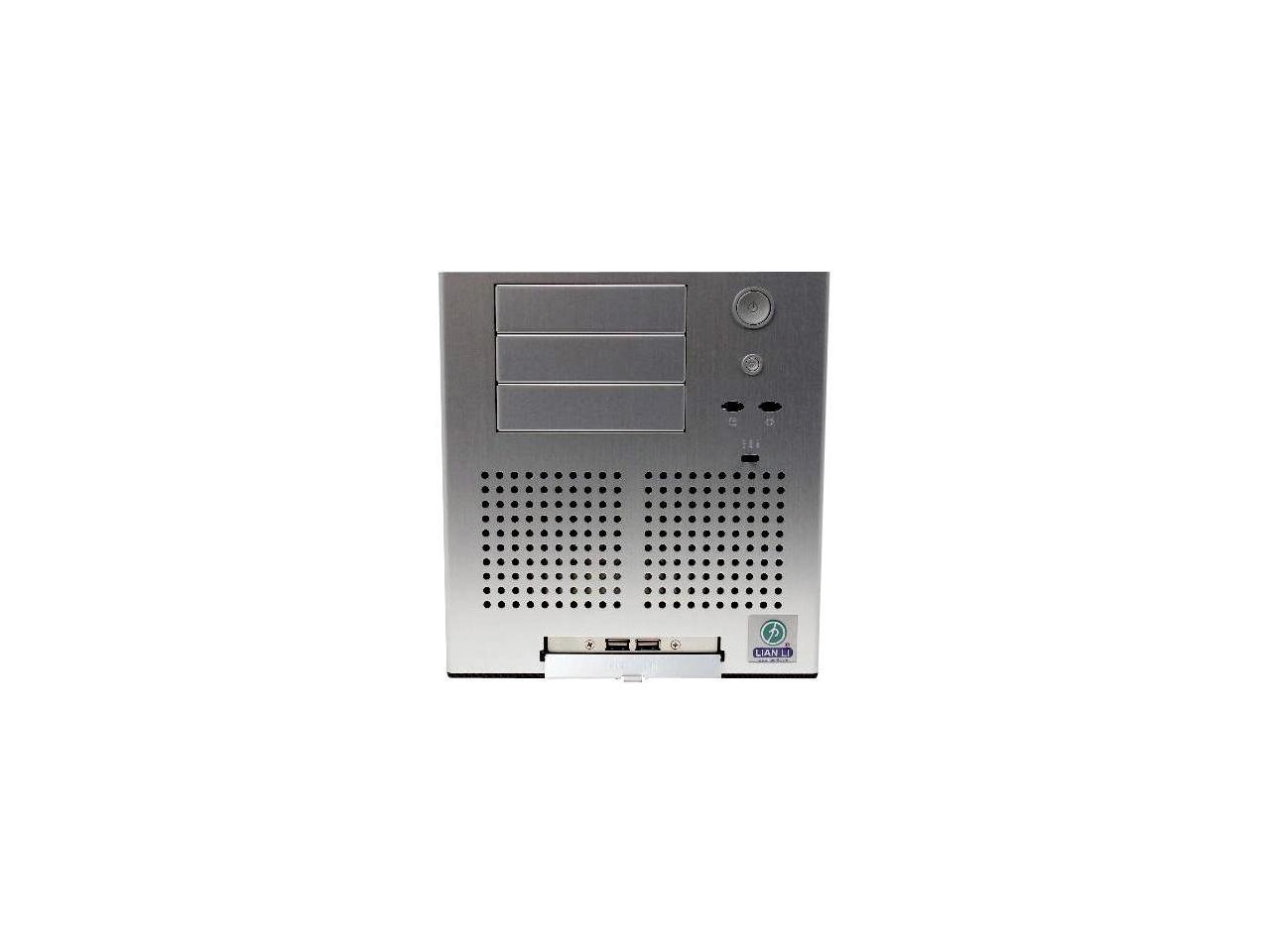 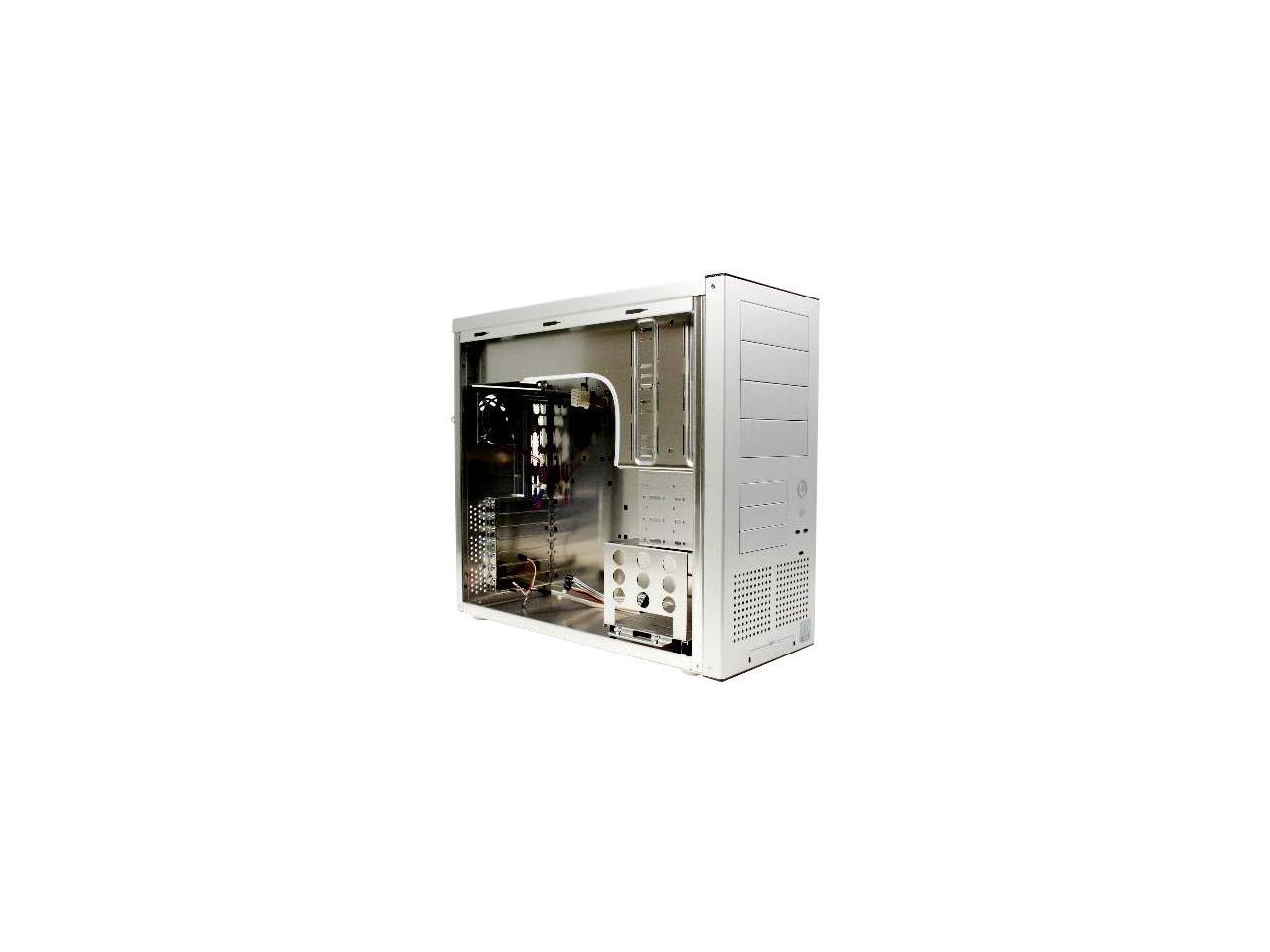 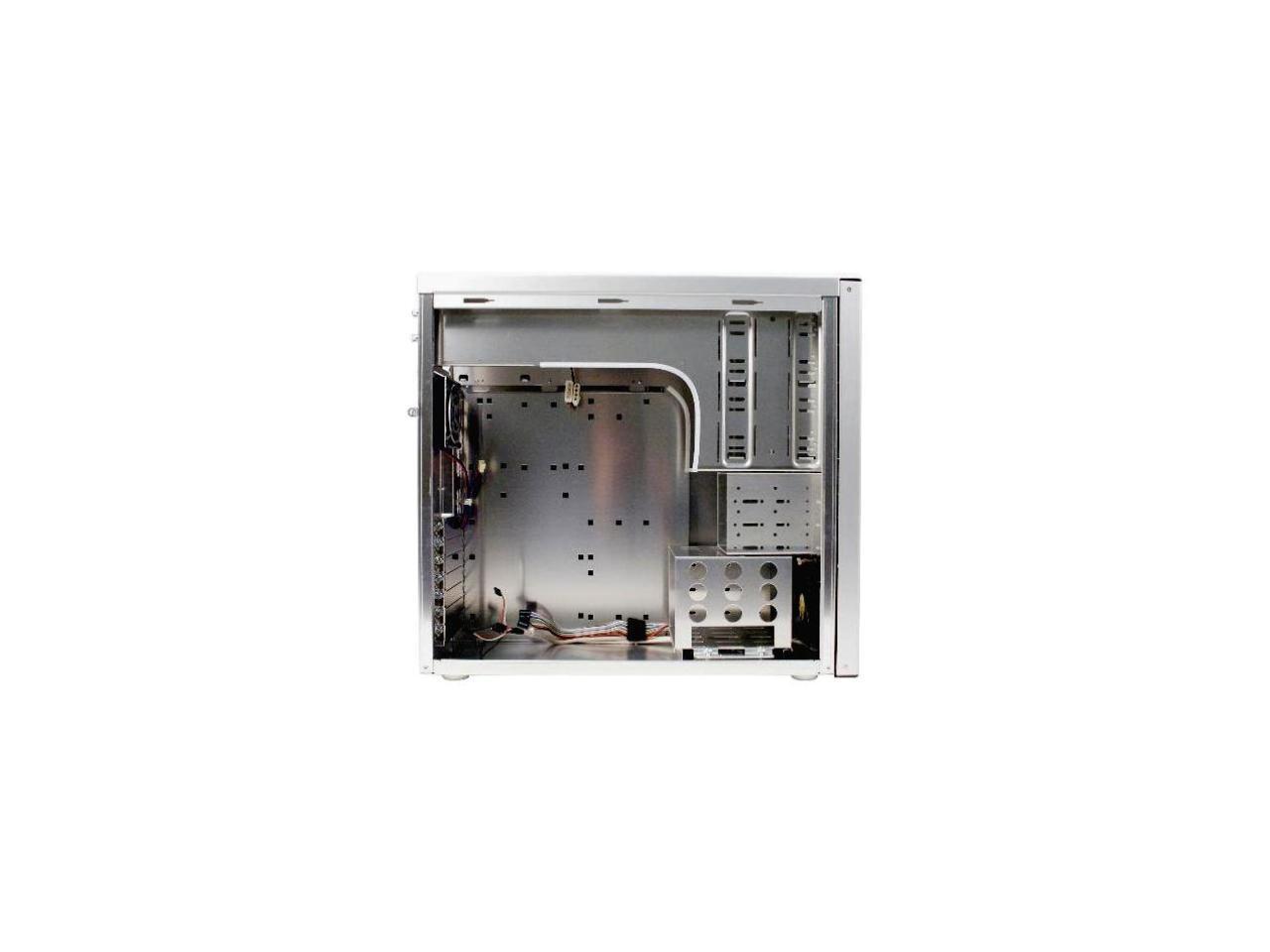 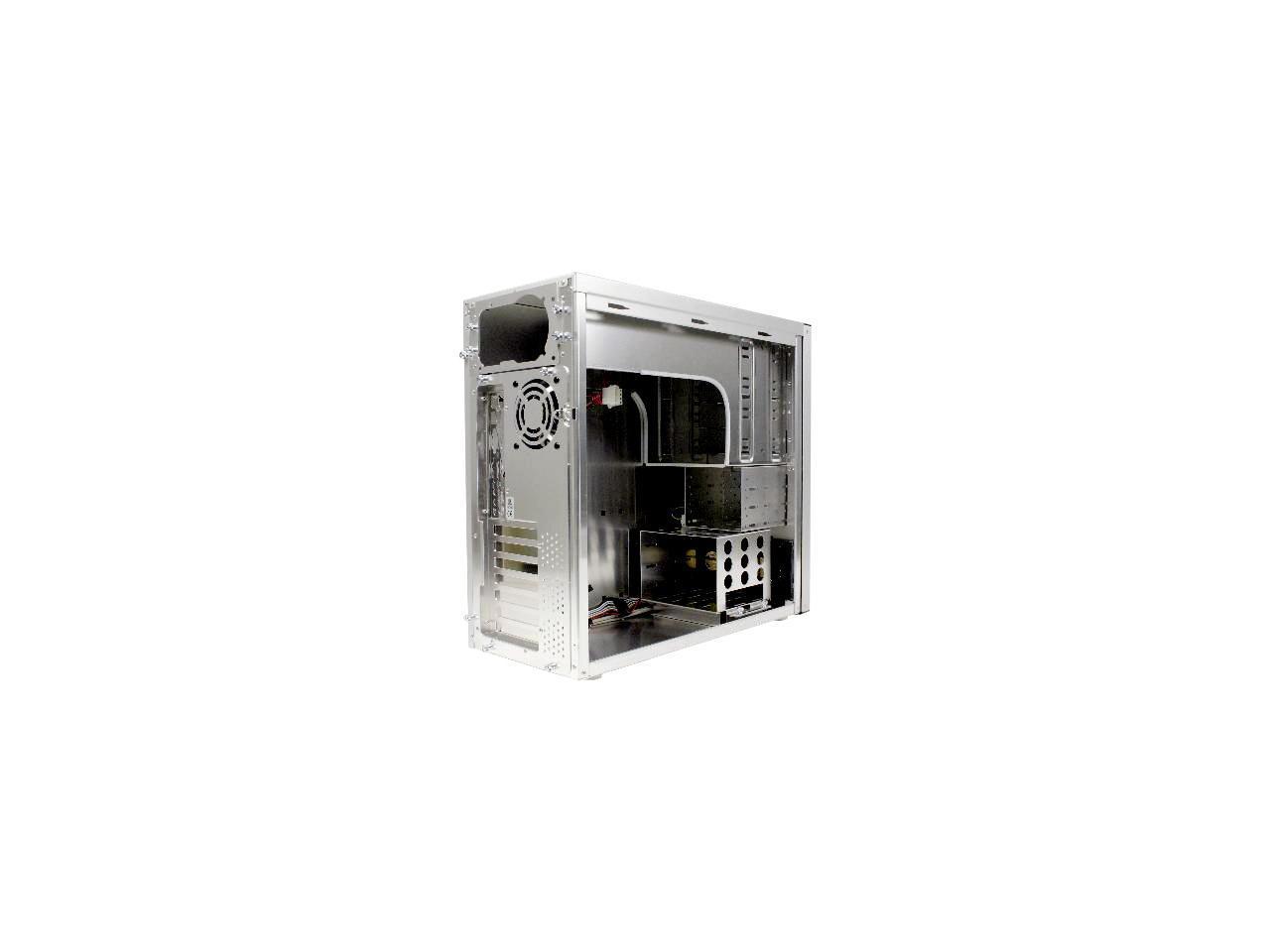 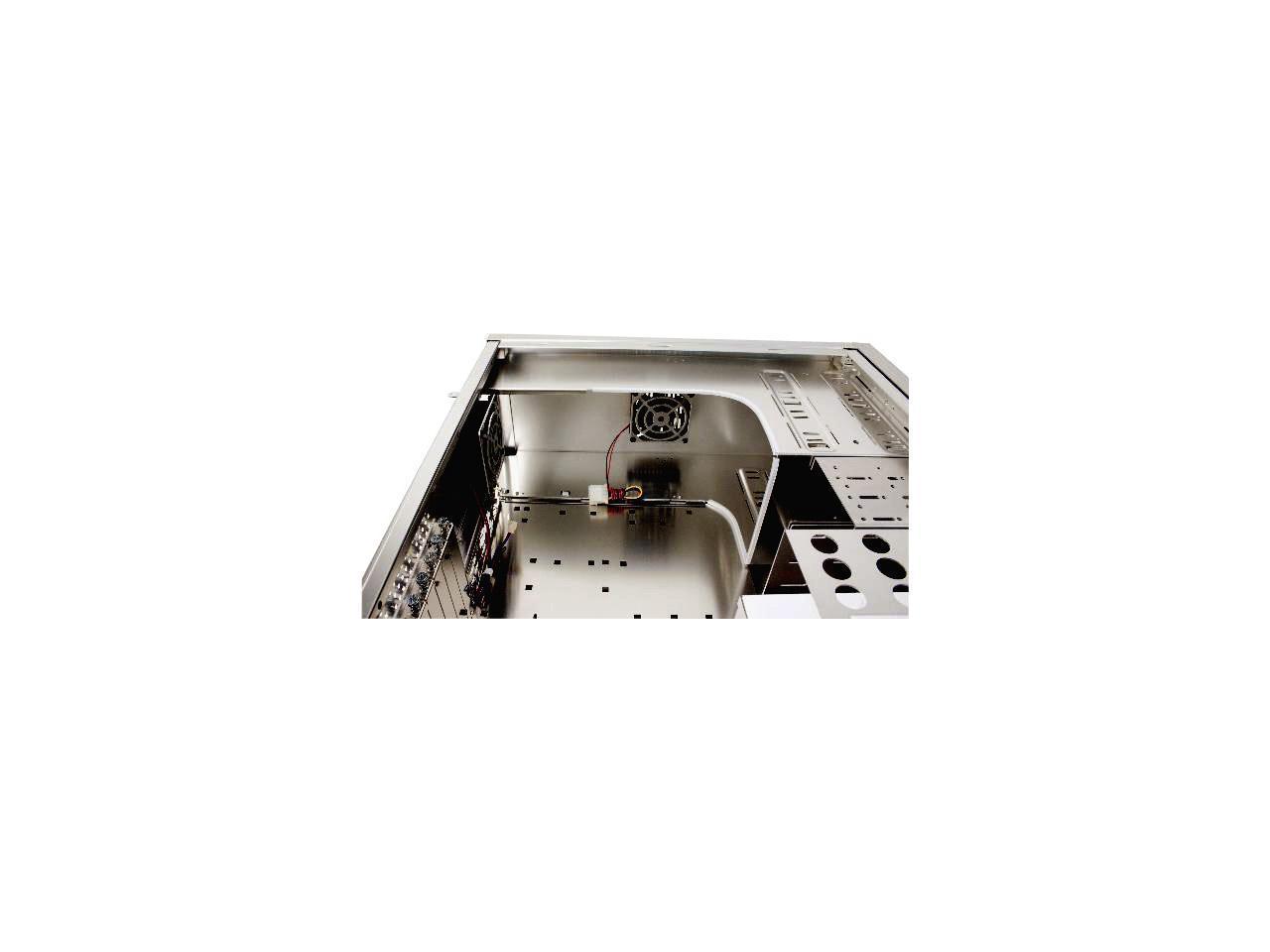 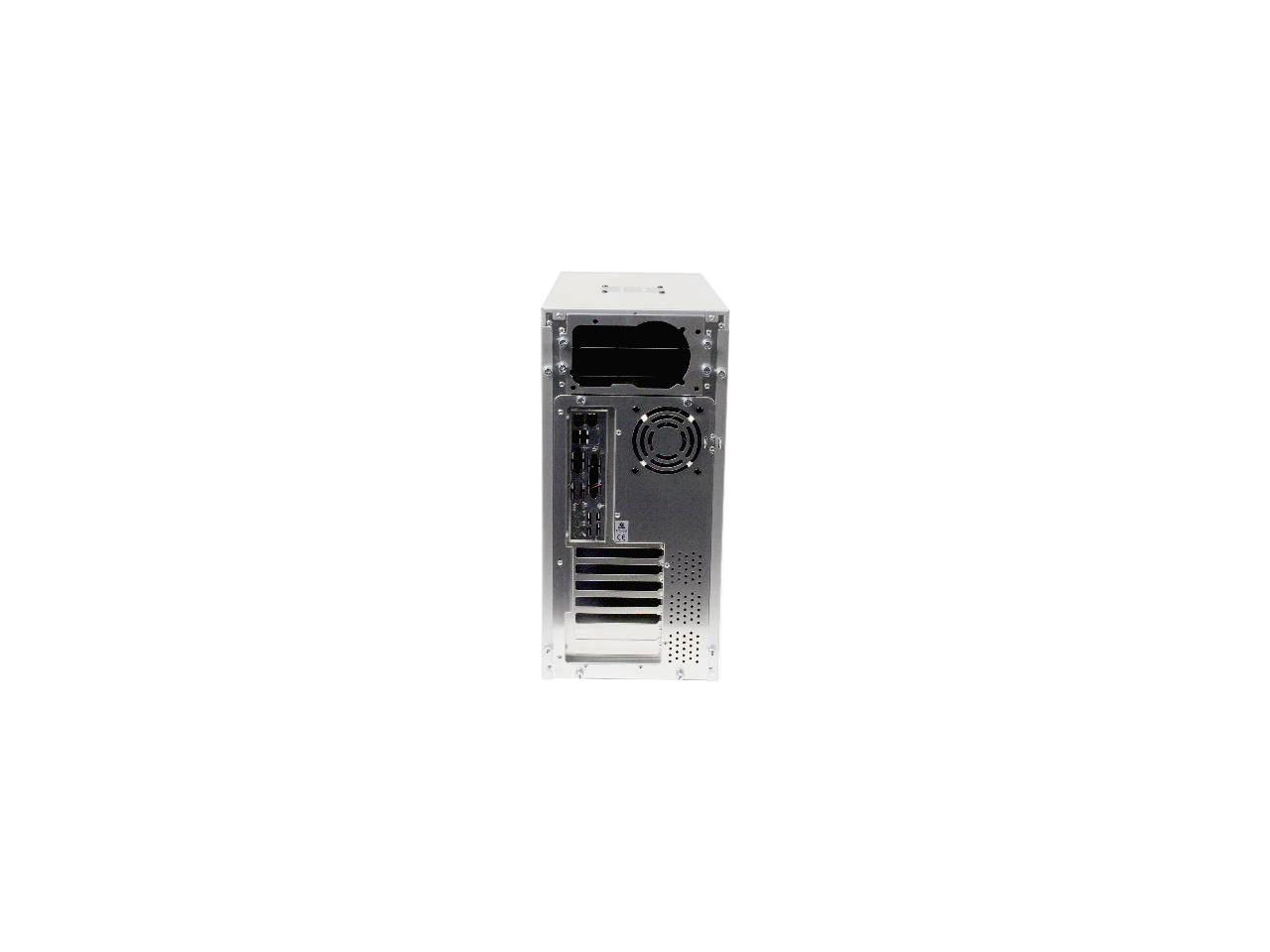 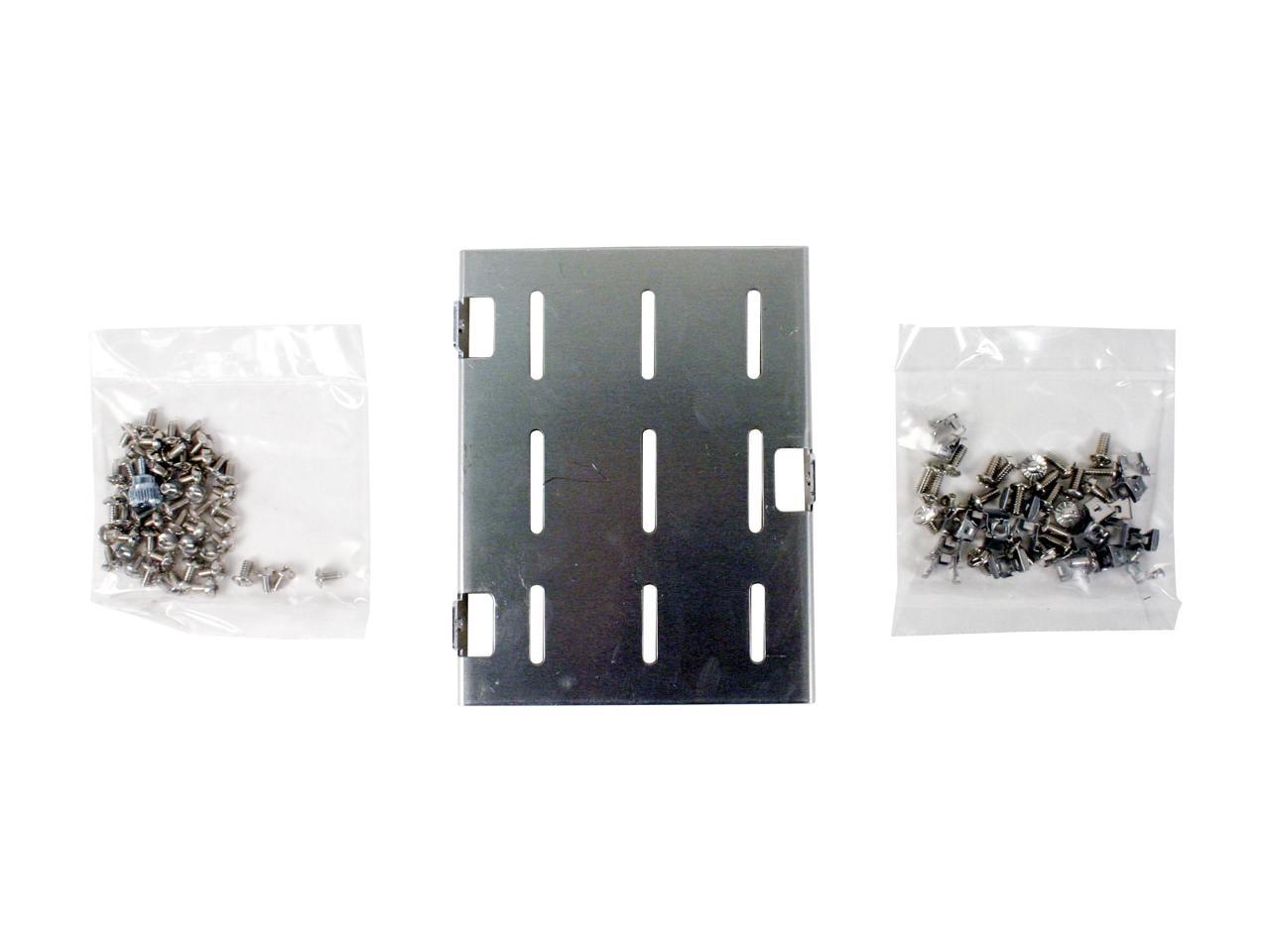 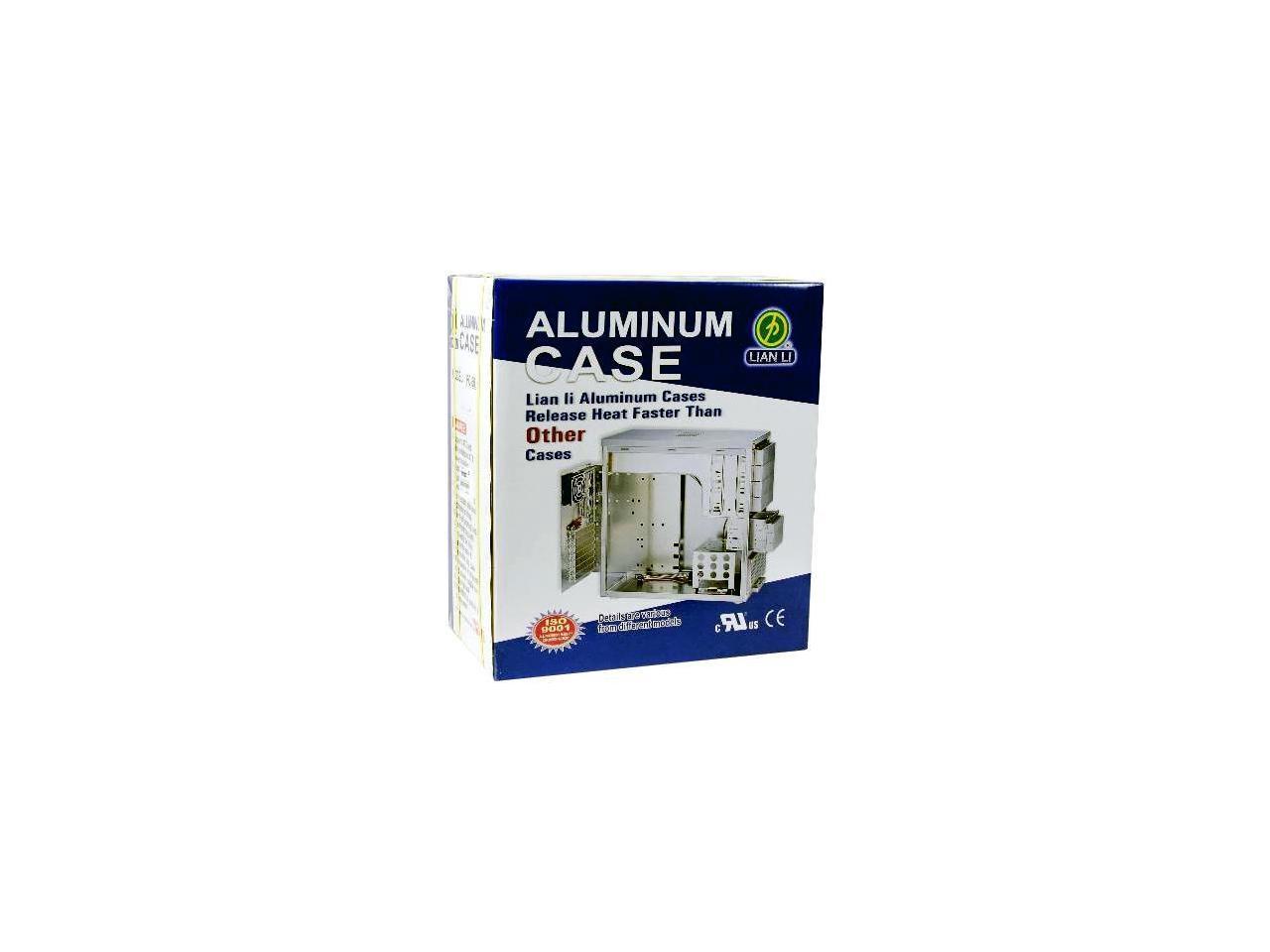 (160) Write a Review
OUT OF STOCK.
Specs
Reviews

Learn more about the Lian Li PC-60USB B2

Pros: * Smart design, you have access to all part groups in your case and don't have to worry about removing other components as in traditional cases. - PSU is out in/taken out from the back of the case rather than from the inside - HD rack slides out - MB Tray slides out - Front face panel easily comes off (uses advance system of snapping, so don't think it's going to just fall off) - After removing the fron face and main side, you can easily add optical/flppy devices (although there are no sliding guiders for them) * Beautiful aluminum case, you can tell the quality. It's not a flimsy case either, really sturdy * Good, quiet fans, the front two have a speed controller on the fron case (small black switch under LEDs). The two front ones also have an air filter and blow onto the hard drives, a smart design. Oh and the hard drives can be mounted vertically or horizontally. You could easily replace them with higher CFM fans if you really needed it or don't care about noise.

Cons: * As the last poster has said, the led lights up front are *extremely* bright. You may need to cover them up if those bother you or are sitting where you are directly in front of your case. * On motherboards that have the IDE connectors going out the side of the board, rather than facing you (take a look at the "AN8 Ultra" if you do not know what I mean), the hard drive bay that slides in and out will end up pressing against that connection quite hard. More of a MB issue really, but thought that should be brought up since I didn't see that in any of the reviews. * My last issue, which some of you might count as a blessing, is that it is actually hard to press the restart button! That means there will be no 'accidental' presses of it, by you or friends. It's rather small and you do need to push in more than the average one. It does not really bother me, since I'm not a heavy hard restarter, but I didn't see that in any of the reviews either (unless I missed it).

Overall Review: Overall this is the best case I have ever had in my life. It has a smart design that will leave you thinking what's wrong with all other case manufacturers. I'm telling you this case is worth every penny, if I ever build another computer, I will buy another one. If you want the version that has a side window, go for the PC-65 though, I didn't want that feature and saved a bit. There are no really bad things about this case, just a few technicalities that you can get easily around, it is a worth investment for your PC. ***You will not be disappointed!*** My System: - AMD 64 3700+ San Diego (Socket 939) - 2 x 1GB DDR400 Corsair Value Select - WD 74GB Raptor - MSI 128MB Radeon X800 PCI-E - ABIT AN8-ULTRA - Rosewill RP550 ATX 550W PSU - Optorite DD1205 - Thermaltake CL-P0200 Silent 938 K8 Cooler - Floppy Drive

Pros: Clean layout, clean design that stands out from OEM plastic cases without being gaudy. Slide out room for rails. Fans that came with the case have held up pretty well, although they are not super-high end (I have had the case for about 4 years, all original fans working well). The case has survived several moves with little or no wear.

Cons: A little expensive. For the price I would like to see removable bays to allow 3.5" drives easily in the 5" bays (case has 4 5" bays, I assume more people would use multiple 3.5" drives than that many 5" bays). Thats being said, the space in the pull-out drive rack is more than enough for most people.

Overall Review: The little filter thing in front of the two lower intake fans seems to work well. It looked a little cheap when I first got it, but I have a very fluffy cat who sheds everywhere. While the filter gets quite clogged with cat hair, this is pretty easy to clean once every couple of months, and the inside of the case itself stays pretty clean. Bottom line, this isn't the case for a super-low end computer. I would recommend it for a mid-higher end machine you intend to keep for a while (although it would be acceptable for lower machines if you intend to keep the case longer than the internals.) I would buy again.

Pros: As others have stated, this is an outstanding case. Thumbscrews everywhere, it will disassemble almost entirely. Very well thought out and is strong and durable.

Cons: The only thing I don't care for is the little door on the front to cover the only two front USB ports. I would have liked more ports up front and no doors.

Pros: If you look up 'computer case' in the dictionary, there should be a picture of a Lian Li. This case is no exception. It is fabulously built. Rounded, no-slice edges. Brushed aluminum. Thumbscrews everywhere. Solid fit. Plus, Lian Li is very thoughtful with their design: you can mount your 3.5" HD's in the bottom of the case RIGHT IN FRONT of the air-intake fans, which have a filter to keep things clean on the inside. And they even offer a bracket so you can switch from vertical to horizontal mounting if you prefer (I do). Basically, they thought of everything.

Cons: Read the manual! I know it sounds silly, I mean, it's just a computer case, right? But I had a heck of a time trying to install a giant power supply and could have saved myself so my trouble if I had only read the manual and realized that the entire back plate of the case where the P/S fits comes off so you can slide it in from the back. [SMACK!]

Overall Review: This is pretty-much the perfect case for the price.

Pros: Still the Best case going. The pc68 is sexier looking than the pc60. Newegg gives us newer case for same price.

Cons: Too much plastic on front bezel! should of left well enough alone. The holes on pc60 bezel are 1/8+ and never get clogged with dust/dirt. but on pc68 the holes are < 1/16 inch dia and get plugged with dirt and filth 3times faster. The Box is Still Marked PC60 but the chassis on back by fan says pc68. When Lian-Li changed mother board tray back fan vent to smaller holes, "that black round grill", that also clogs up with dirt. They also centered fan so I can not cut out a hole for a 2nd exhaust fan in main board tray.

Overall Review: Lian-Li traded sexier for what was industrial. The power button works a little better like on the very orginal bezel from 8+ years ago. I am looking for orginal bezels for all my pc68 cases to make back into pc60 cases. I want a good inexpense industrial case which the orginal pc60 has been, over last 8 years . Please only make changes to increase air flow not restrict it. If I can still get true pc60 cases let me know how.

Cons: Hard to come up with anything good. Thumbscrews were so tight I had to use a screwdriver to loosen them up for the first time? LEDs are really bright (but it doesn't live in my bedroom and the blue + red = pretty pink).

Pros: Great case like I knew it'd be. I built my last box almost 5 years ago in what evolved to this case. Everything fits, it has excellent air flow, and there's plenty of room to work.

Cons: I'd like to have more than two front usb ports, but that's not even close to enough to change my mind.

Overall Review: Price used to be an issue for buying a case like this, but these days, so many cases come with useless windows that put the price at/near the price of this sleek, classy, and conservative model. You won't be disappointed.

Pros: This is the greatest case I've ever used in a system build so far! Lots of room, good air flow,very sturdy.