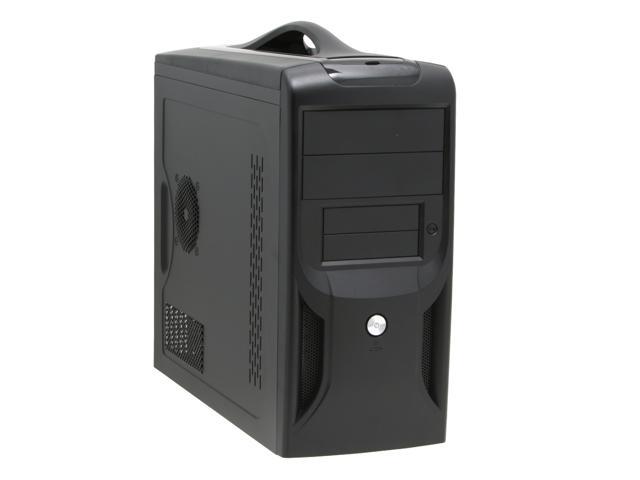 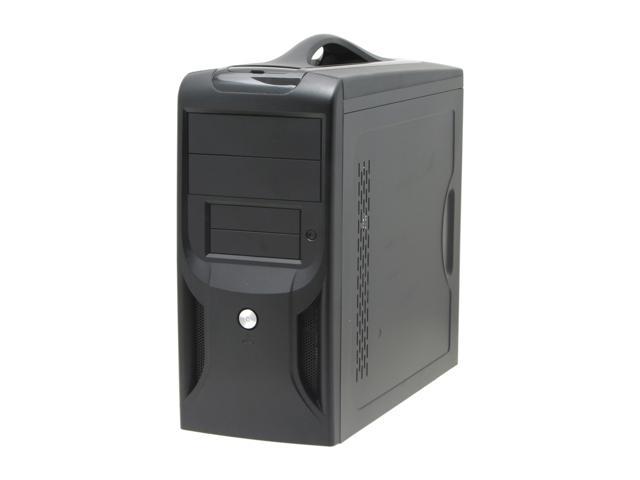 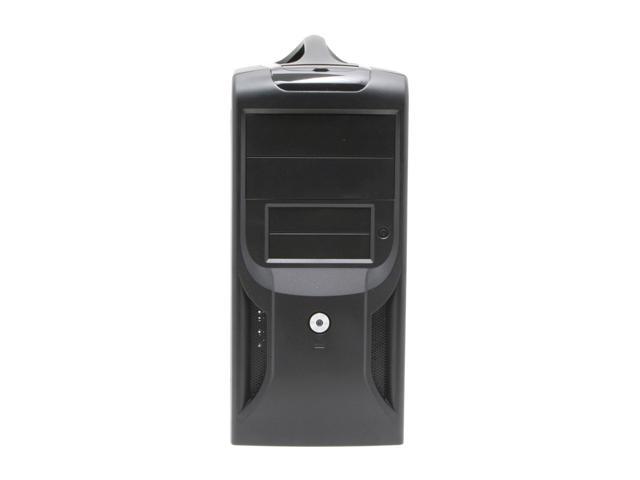 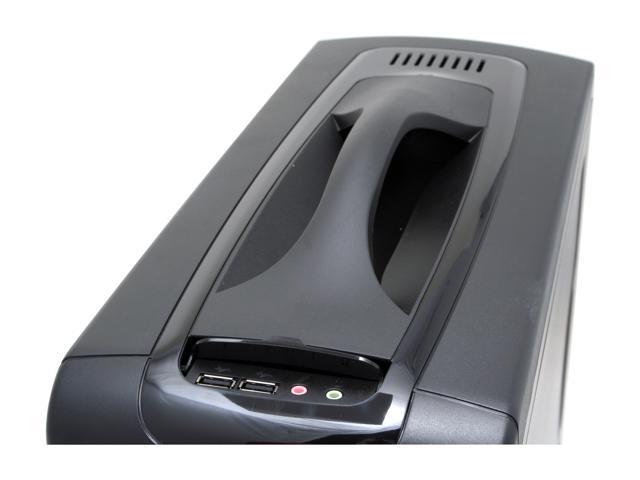 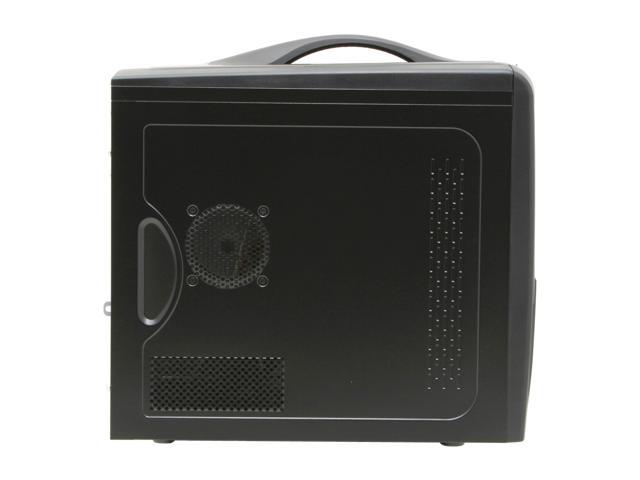 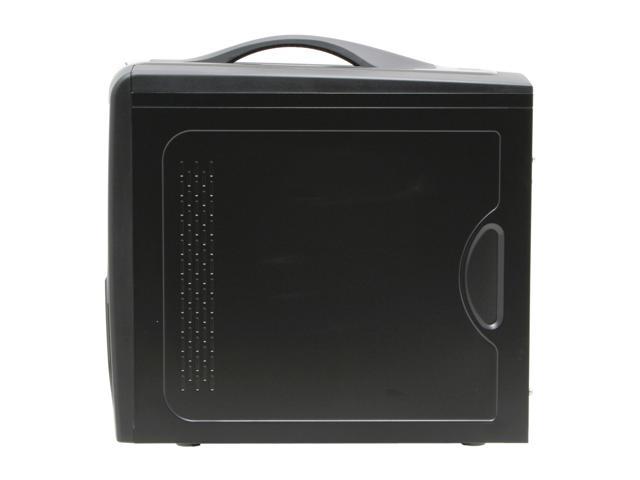 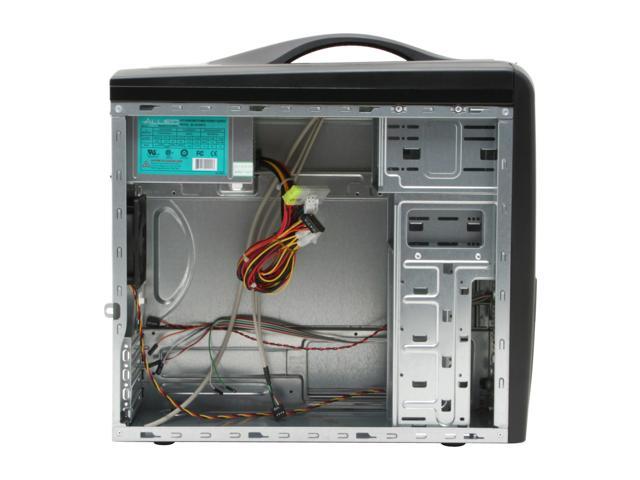 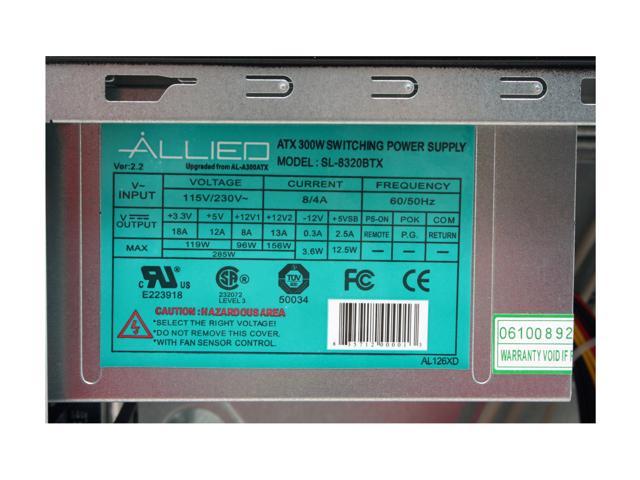 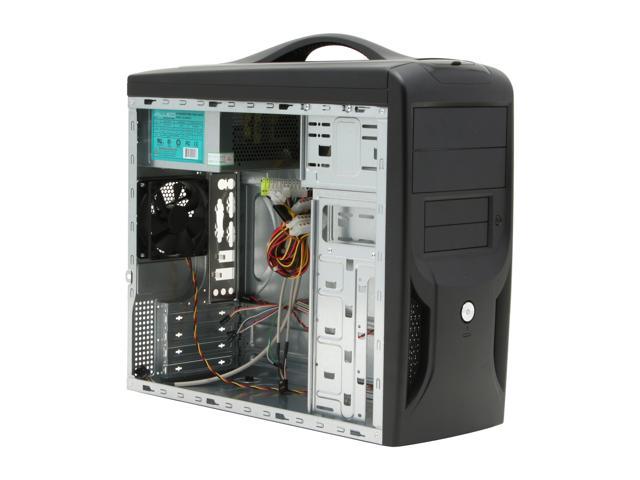 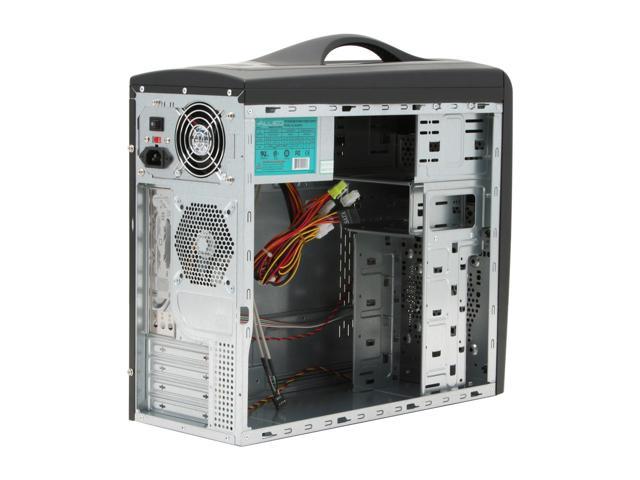 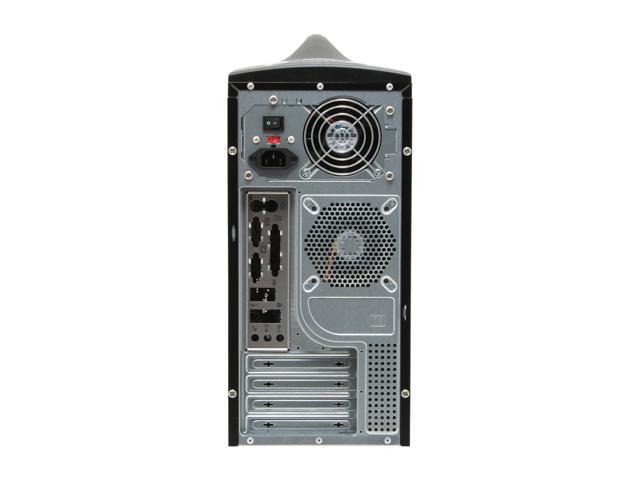 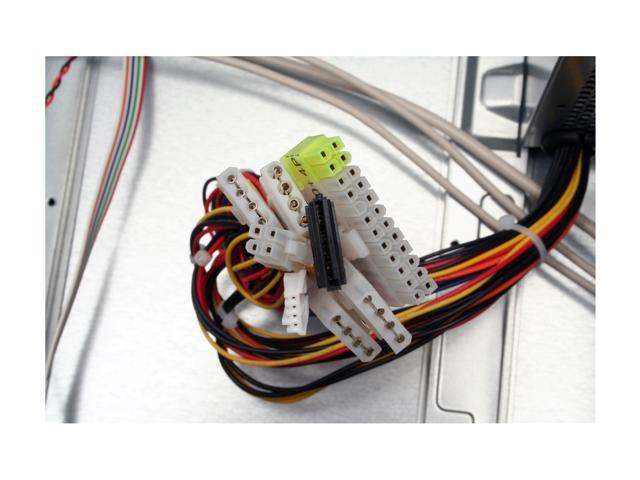 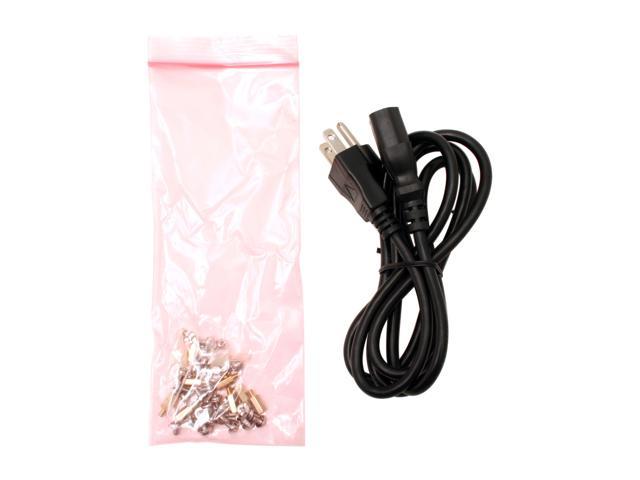 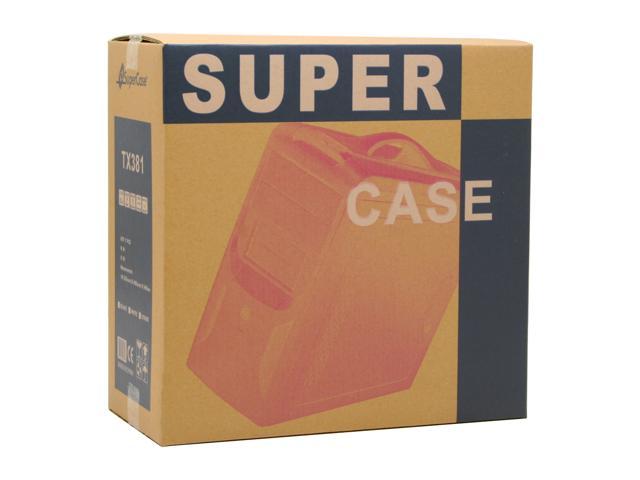 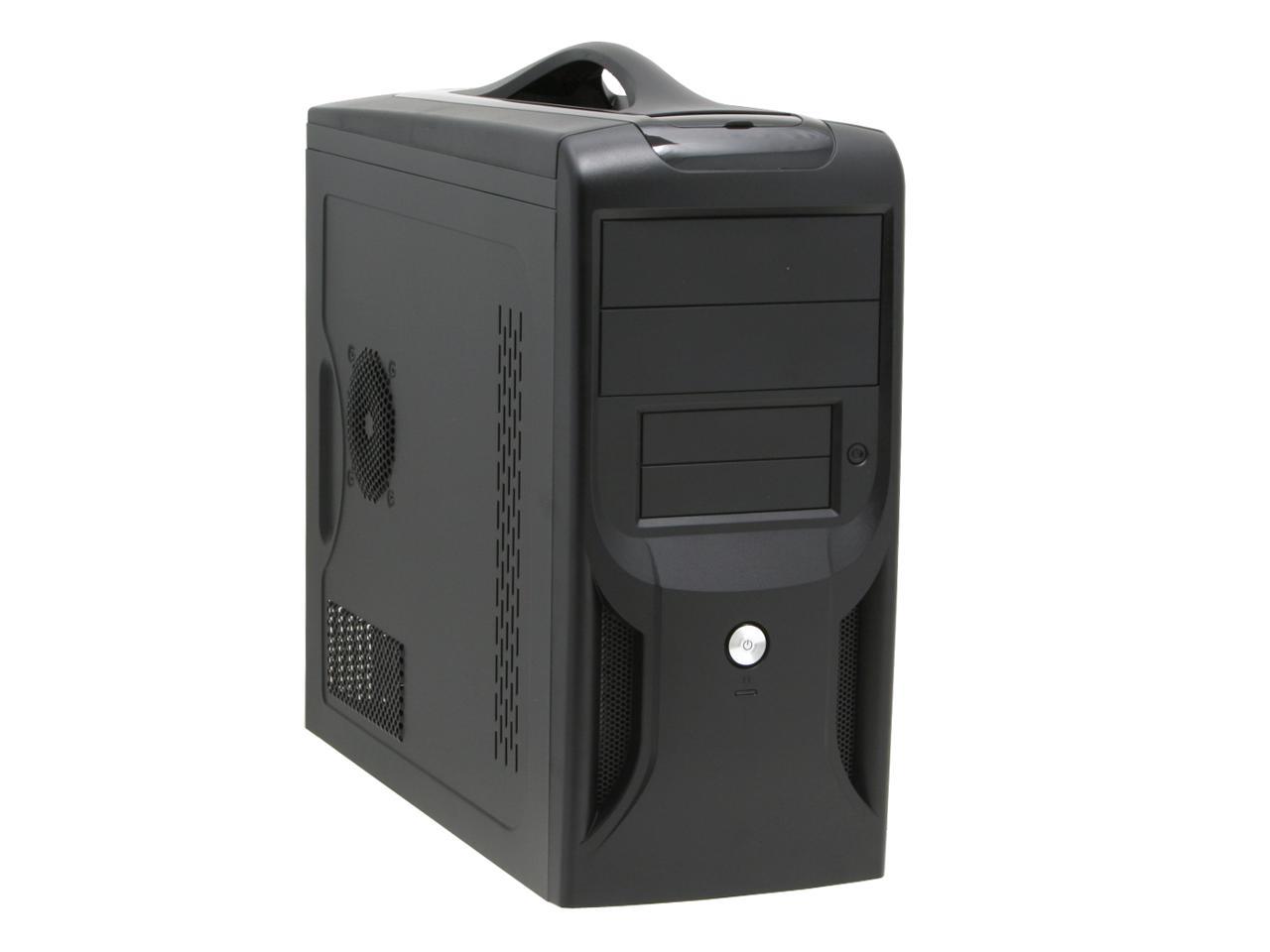 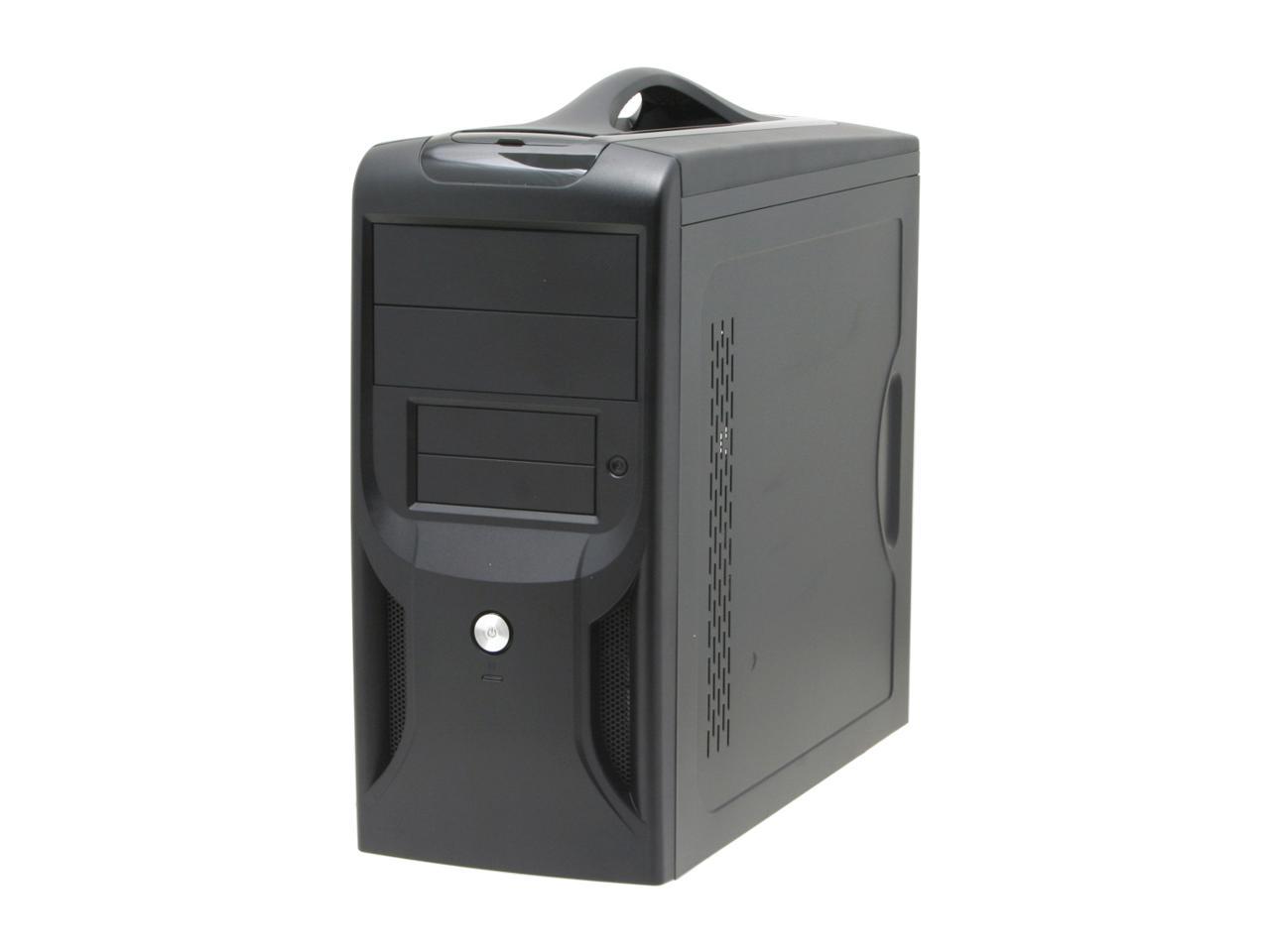 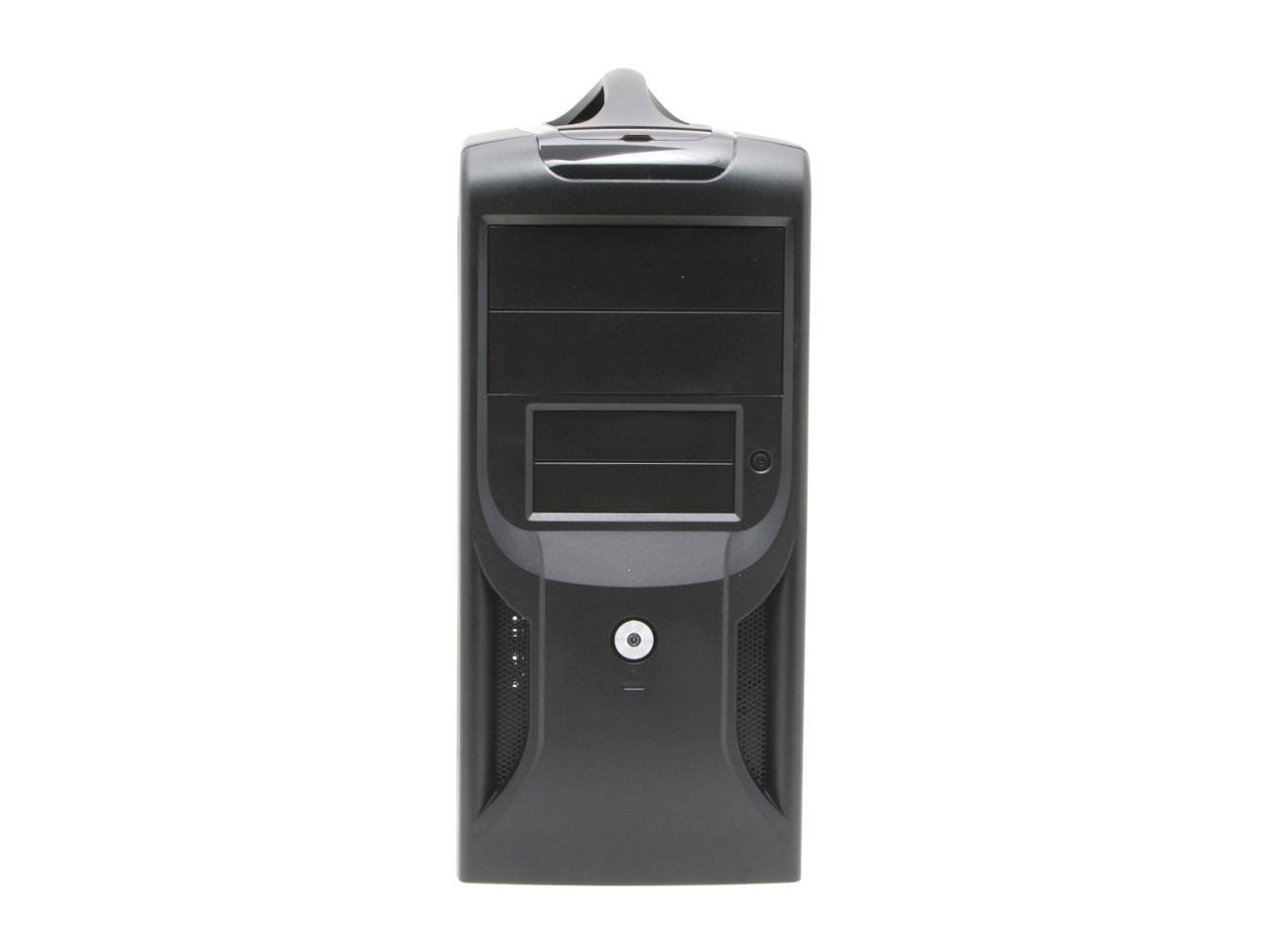 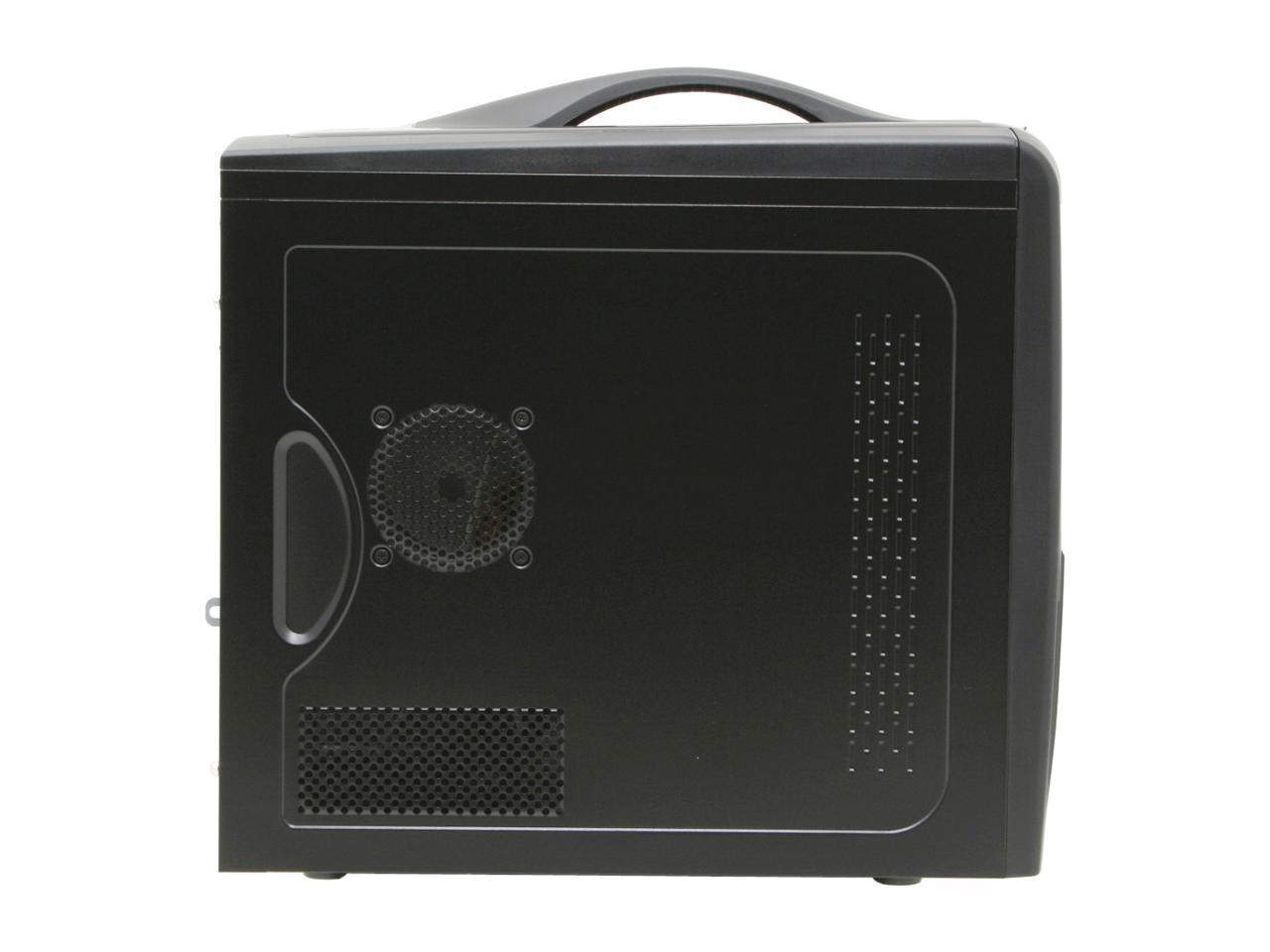 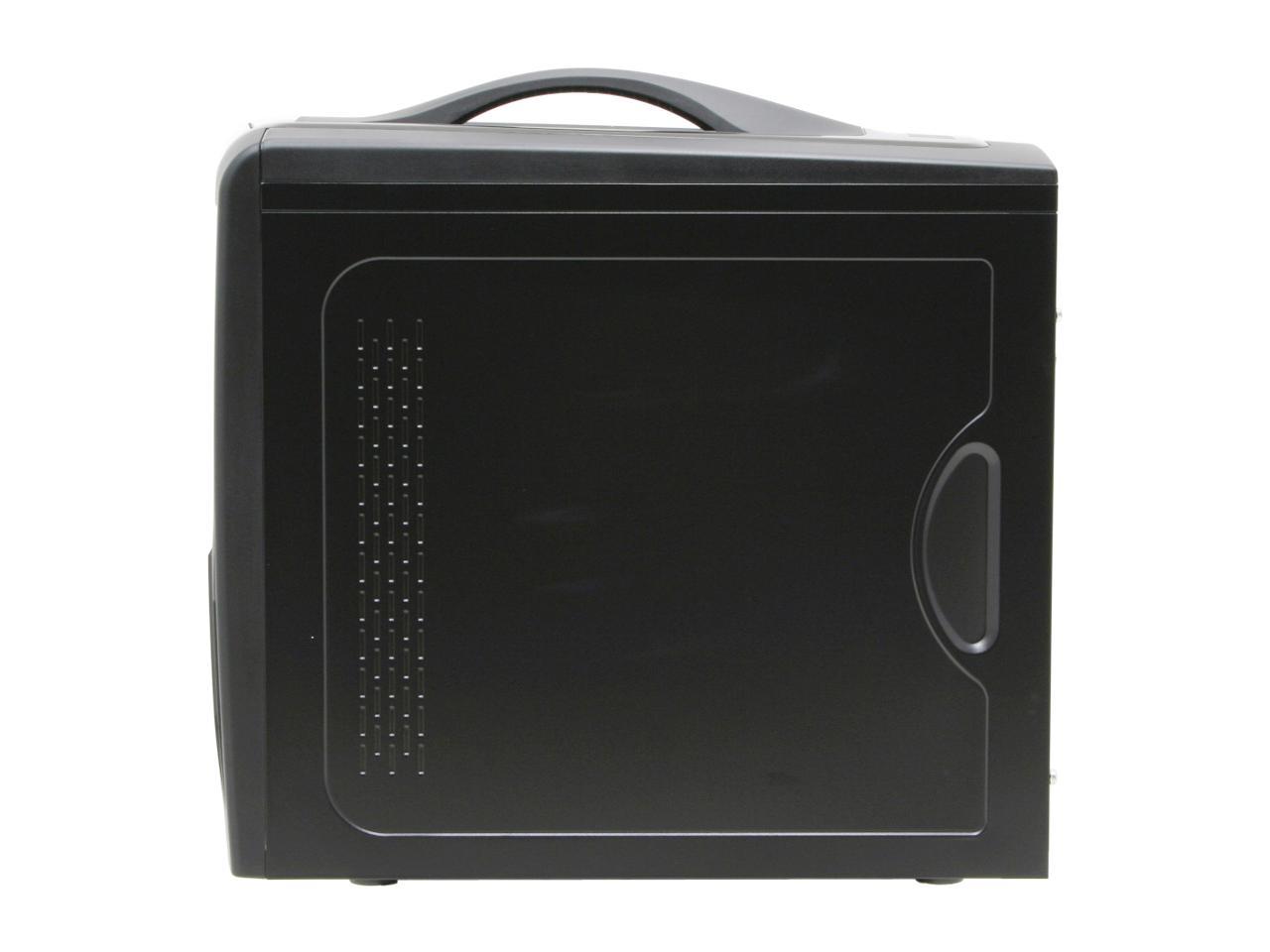 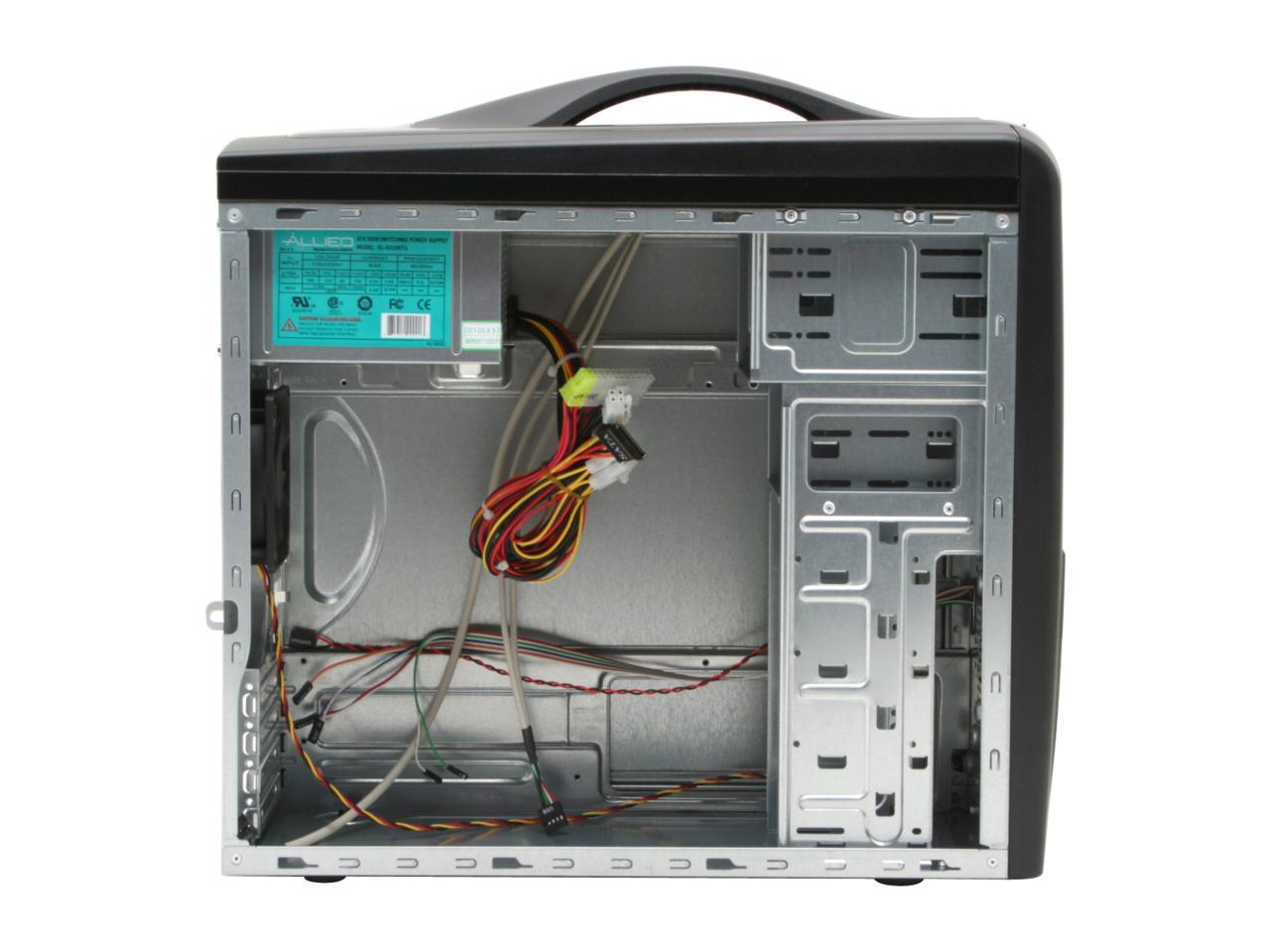 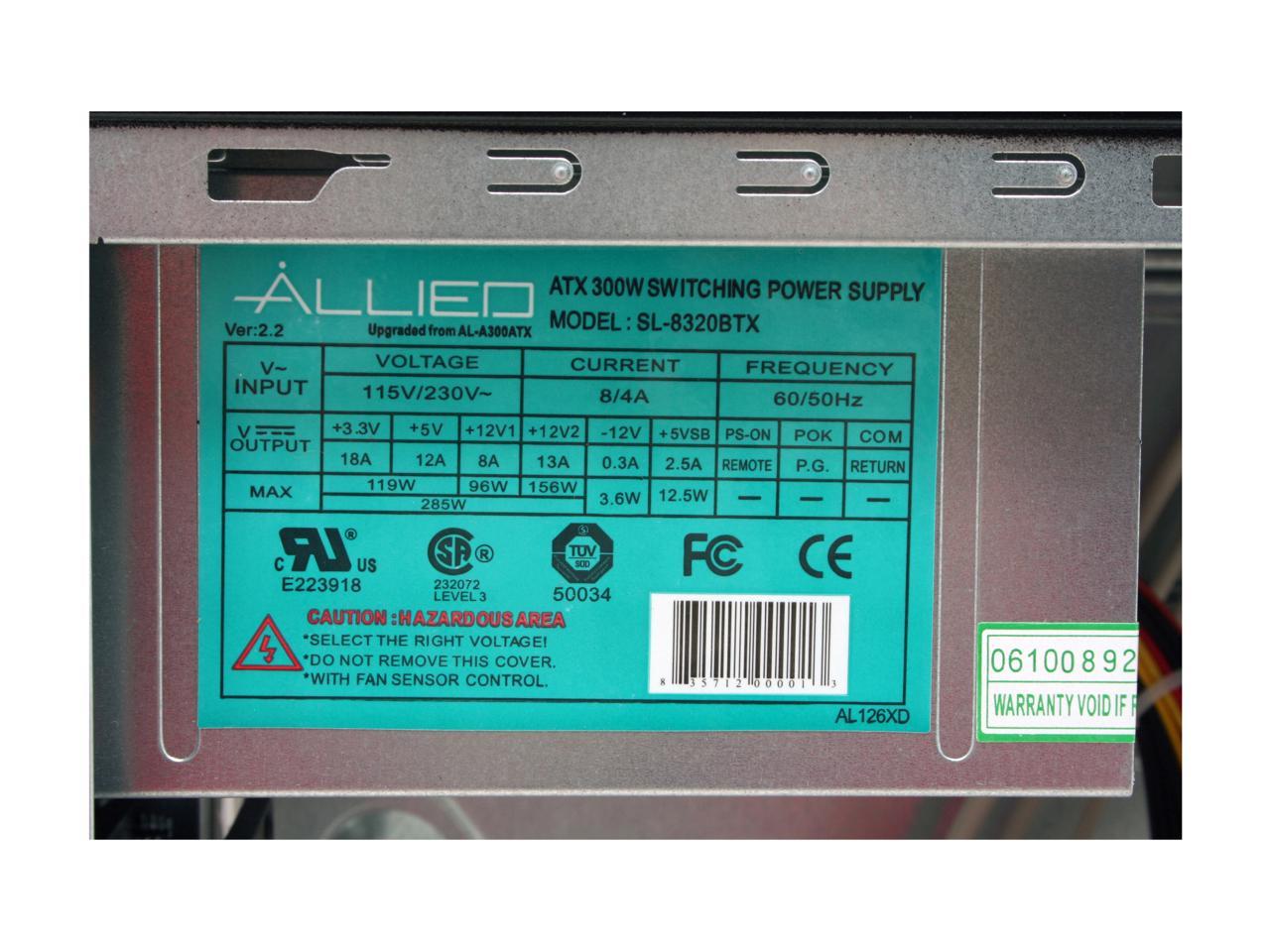 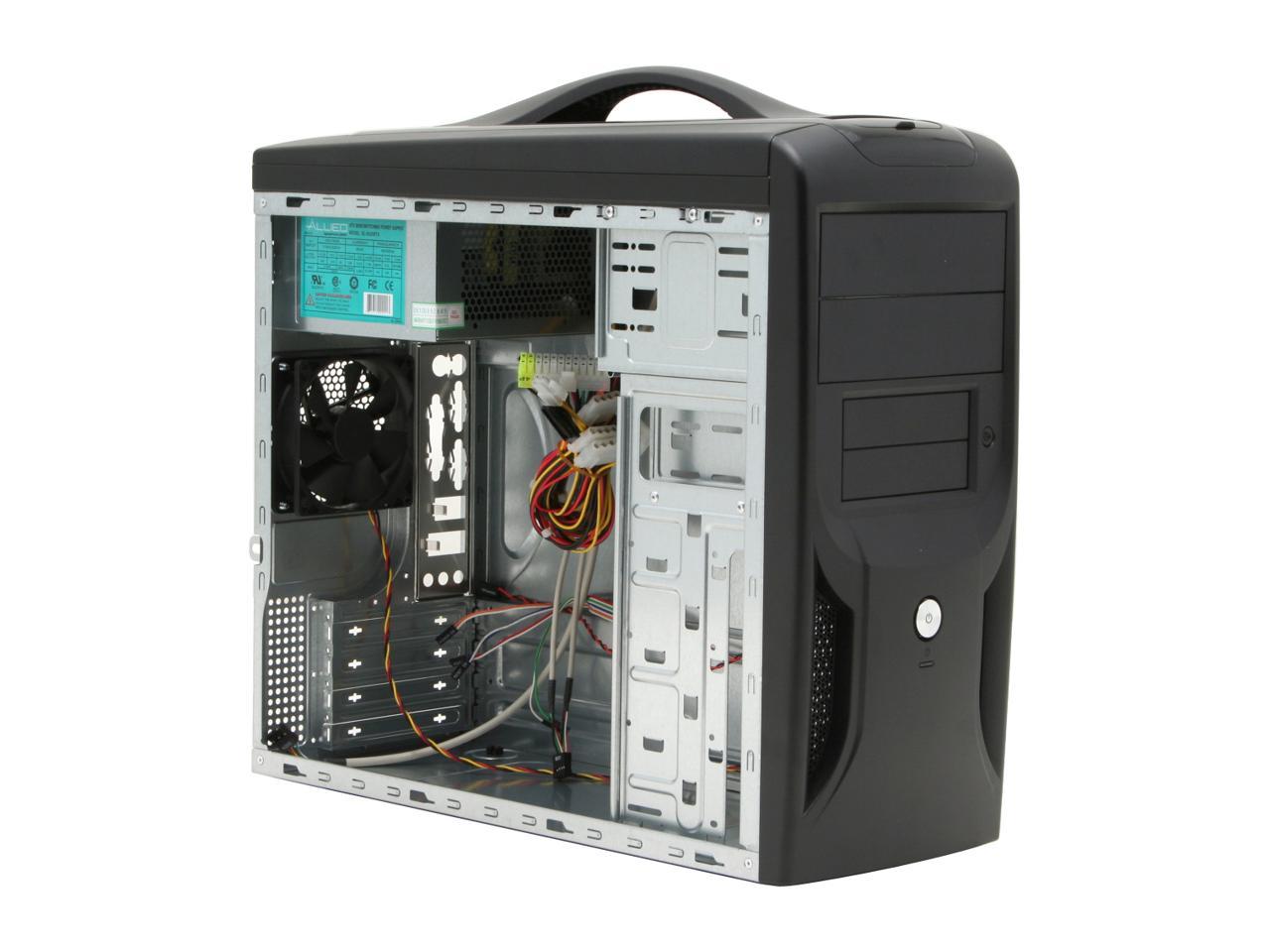 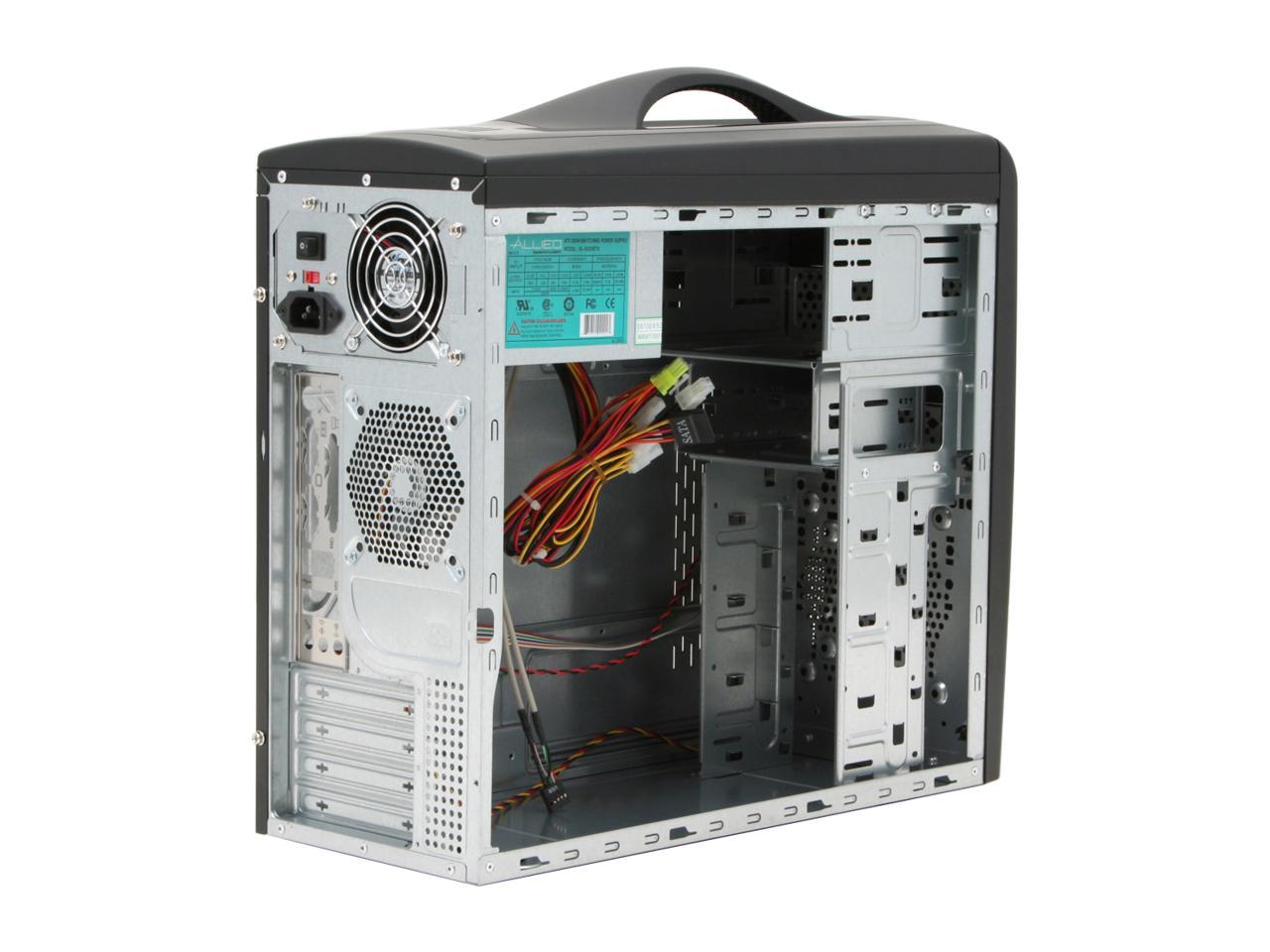 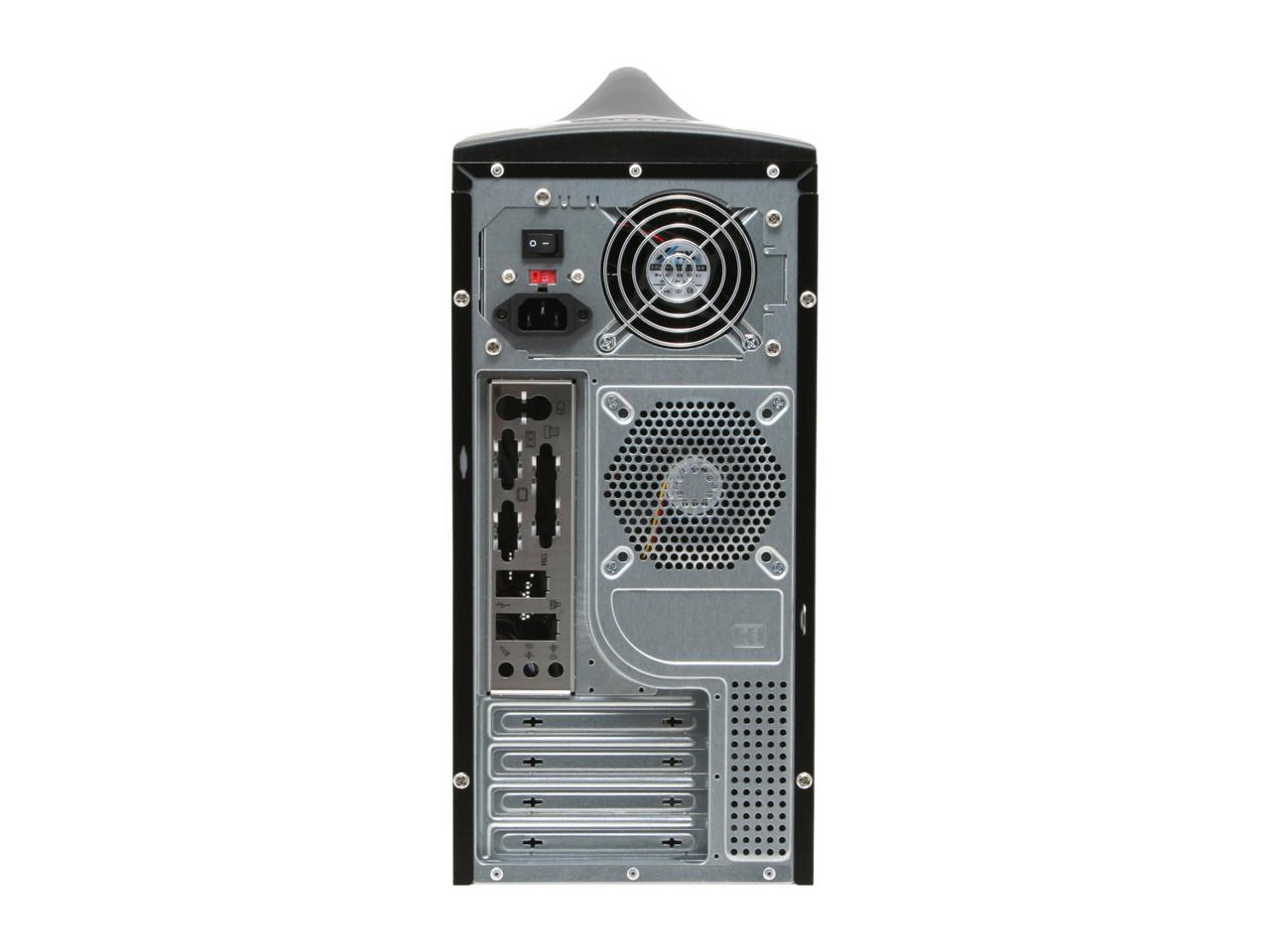 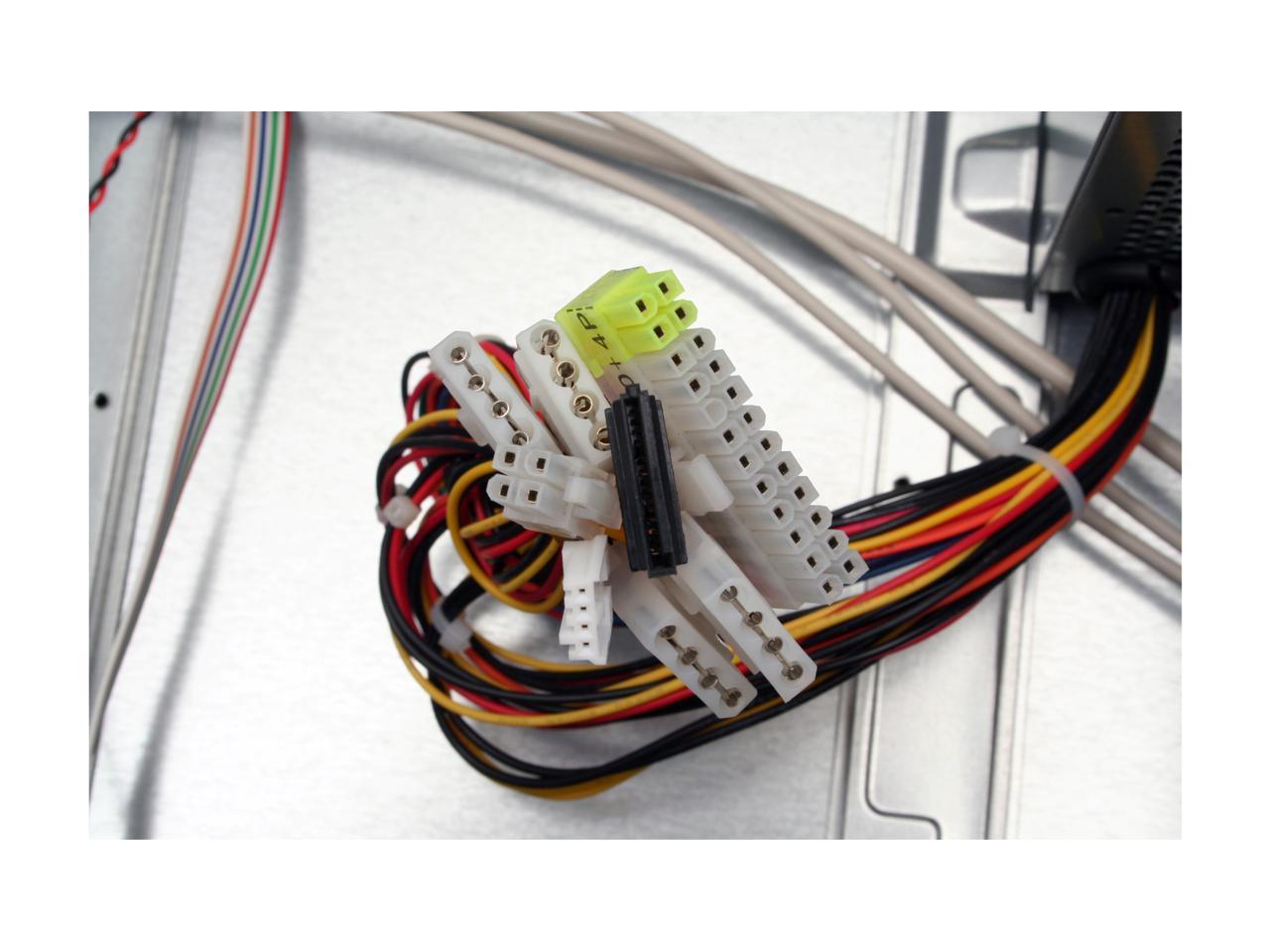 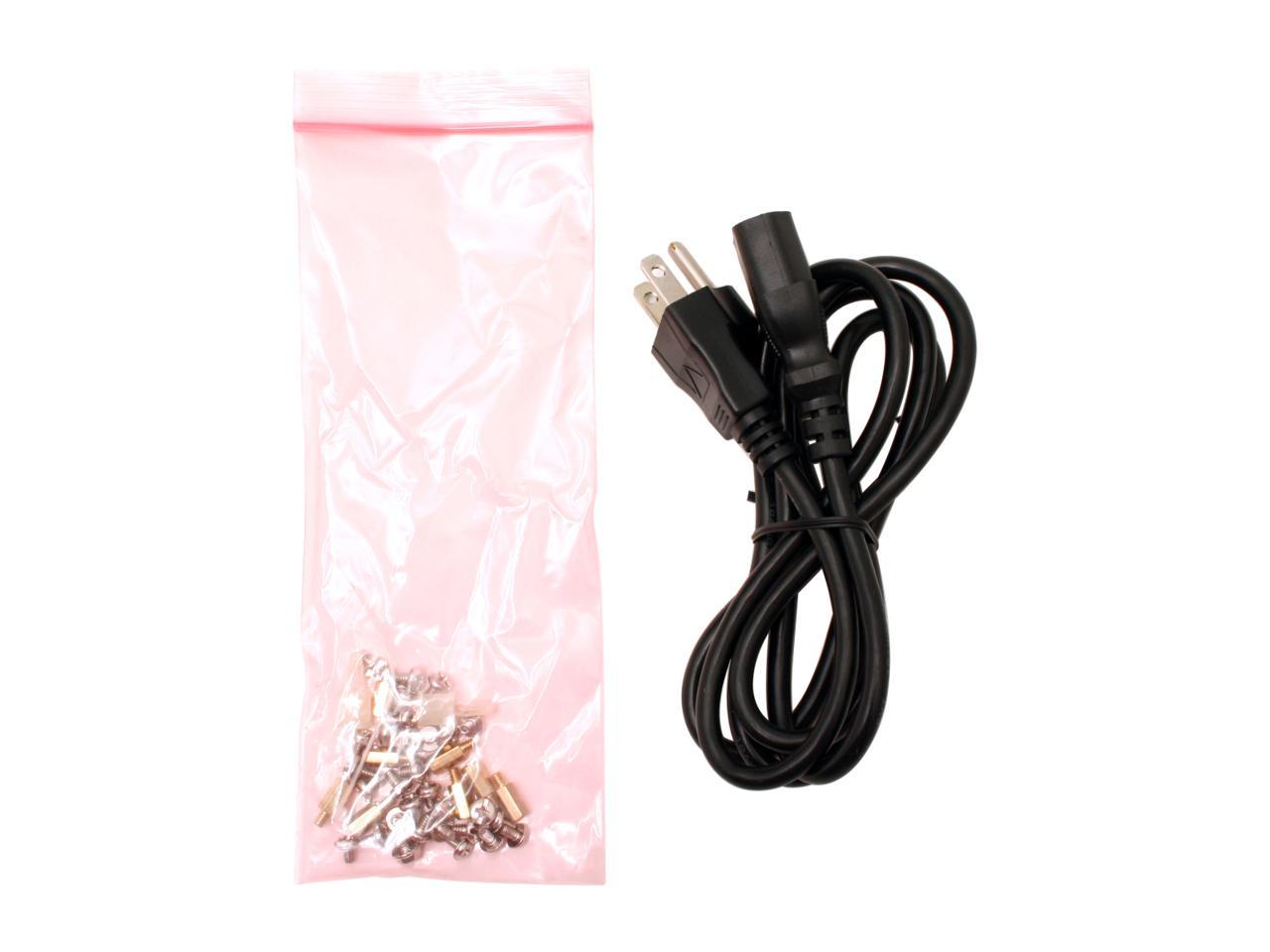 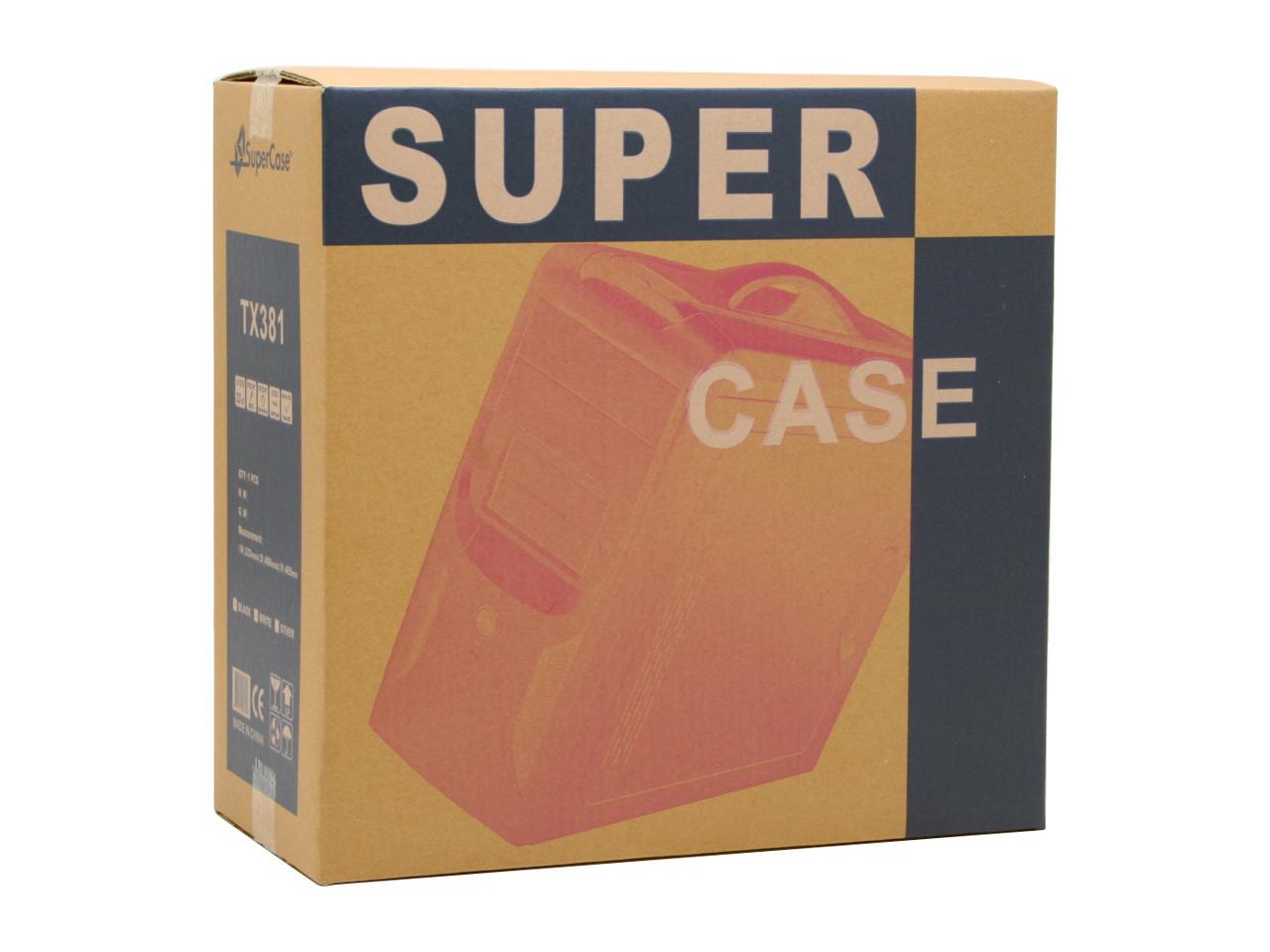 (120) Write a Review
OUT OF STOCK.
LOADING...
Overview
Specs
Reviews

A great combination of function and affordability, the solid built APEX TX-381 mid tower case offers all the essentials you need at an unbeatable price you want to build a budget-friendly PC system. All black external coating radiates a high grade feel, while top easy-carry handle makes transportation a cinch. And fully loaded with superior thermal solution, great expandability and user-friendly I/O panel, this APEX PC-375 shows all users emphasize for their chassis choice.

Cons: Every once in a long while, a power button will stick. Requires a tap to knock it loose.

Overall Review: I purchased 25 of these cases with the included 300w PSU about 2.5 years ago. I was building an entire office worth of computers for a new client (I'm an IT consultant). To date, every one of the original cases and PSUs are still working without issue. I put micro-ATX boards in them with AMD Athlon II 7850 processors and 4 GB of RAM. Each also had a WD 500GB HD. I used the included 90mm rear fans and basic Masscool CPU fans for the processors; no other fans, even on the ones that also had a dual head graphics cards installed to facilitate dual monitors. I've had no overheating issues, and even with a number of power surges and brown-outs, no PSU failures. I have had 4 of the rear fans fail, but I'm confident that was caused by some drywall dust that was floating around for a few weeks during an office remodel. Nothing will tear up the bearings in a fan faster than drywall dust. All-in-all, having to replace 4 $5.99 fans after 2.5 years is nothing, especially since it's not really the fault of the fans. These are really great cases! I love the handle when I need to drag them back to my office for cleaning, etc. The USB ports on the top front are SOOOO much better than feeling around for a front-mounted port. As a side benefit, the handle creates a curve on the top the prevents office workers from stacking books/files/drinks/etc. on top the computers. Unlike others, I haven't had any problems with the packaging or with receiving damaged cases. For a low-power budget build, this case with the included PSU will work very well. If you need more power, you can get this case without the PSU and supply your own. I have since purchased half a dozen more (31 total) of these cases for projects for other clients, and they all still work well. Great product!

Pros: Good case size. Not as flimsy as other people comment. Not heavy at all. Handle and usb/headset connectors on top are great and allow to keep machine on floor. 4 internal 3.5 HD was another selling point to me. Rear 92mm fan is very quiet. The Power supply is usable as long as you do not push it too hard. It works with my Foxcomm G45M-S motherboard, E8400 CPU, 2nd Ethernet card, 1 DVD RW Drive and 2 Sata Drives. The adjustable air intake funnel directs fresh air right to the CPU cooler The cables for the top connectors were long enough for this motherboard and reached the plugs fine. No problems there at all. I really like this case.

Cons: The little door that covers the connectors at the top arrived with one side broken. I can still close it but since I keep it open all the time, no eggs taken.

Overall Review: I will replace the power supply for more powerful one but I will keep this one as an emergency backup since it has proven to work with my setup. Using the stock power supply I have run prime95 for 12 hours with the CPU overclocked to 3.4 GHz with no errors.

Pros: Smallish MicroATX case with decent construction. Plenty of ventilation once you add a 120mm fan in the front, a 90mm fan in the back and an 80mm fan in the side panel. Fits 4x3.5in HDDs in the internal bays and you can cram two more in the external 3.5 bays if you wanted to (no cooling though). Nice sturdy handle and fits full-sized cards and a full-sized ATX power supply. This case is wonderfully layed out... Was not expecting that for the price.

Cons: Side panels are a bit flimsy and the top USB to motherboard cable is short. It barely fits on my ASUS P5K-VM board.

Overall Review: I tossed the power supply (planned on this when purchasing) and bought a decent 600W (with a 120mm fan to aid ventilation) as I overclock and plan on moving to a quad-core in this case later. I also tossed the included case fan as I'm very picky about sound. Cabling in always fun in a MicroATX case... Know what you are getting yourself into if you like "hiding" your cabling. Due to the tight space in a MicroATX environment, I'd advise using only SATA cabling to keep good airflow.

Pros: Received the case in great condition. Offers plenty of hard drive space for a micro atx case. Handle is Very handy to have and very sturdy!!!

Cons: Specifications on the fans was wrong. I went to there website and it provided the correct information. Rear supports 80mm or 90mm. The side can be used as an 80mm. The front supports 120mm or 80mm. Newegg says it doesn't but it does. Other that good cooling layout.

Pros: 1) Front panel is easy to remove and re-attach 2) All folded edges inside 3) Enough room for a standard build 4) USB ports on top 5) Not Bad looking (not great either) 6) Handle on Top is GREAT!

Cons: 1) USB Ports on top are USB2 only. 2) Clunky On-Off button (soft-touch electronic button would be nice) 3) Just a little light on the metal thickness - needs to be a little thicker - the side panels flex too easy - makes it seem a little cheap. 4) Power On LED is soft pale green - needs to be a just a touch brighter (but not like the retina burning blue LED's on some cases)

Cons: I bought 2 cases to put on a asrock motherboard but I have the same problem with them Power button gets stuck very often

Pros: This was my first build, and I chose this for the look, the space, the audio/USB ports on the top, the price and yes, the handle. Handle is solid and convenient, not cheap at all. Easy to get in, easy to move around, despite being a micro form factor. Another VERY KEY positive: it holds an ATX sized PSU!

Cons: Like so many others, the PSU. I knew it would be enough for my basic build for a time, but just barely, and unfortunately the fan kicked out after only a couple months. Rather than hassle with it I just found a great deal on a 500W Thermaltake from newegg, tossed in a couple fans, and now I don't have to worry about it. Just get a new PSU when you get the case and you're good to go. Other than that, I'm very happy.

Overall Review: A few things I found in other reviews that really helped me and I want to repeat here: It takes an ATX PSU, a major plus!; it takes an 80 or 120mm fan on the front, an 80mm on the side replacing the CUP exhaust; can't use the second HDD bay if you put a front fan in; need to push your HDD all the way in to hook up the mobo power, then pull the HDD back to install - this makes the cords a bit tight, but workable. Overall VERY PLEASED for my first build! Would highly recommend as a first timer.

Pros: I ordered this case primarily because of the handle, size, and decent looks (I wanted some portability), but I was truly stunned when I pulled this thing out of its box. This case is truly beautiful! And the quality appears to be superb. There is no reset button as there is with most other cases, but I actually consider that to be a plus. (No accidental resets and you can always reset the system by holding the power button in for at least 5 seconds.) By the way, the power button has a really nice green backlight that looks very classy when turned on. In fact, the entire case looks classy and, yes, the handle on the top looks real good and works real good too. One more thing - the front panel audio outputs / USB jacks are well hidden but extremely easy to get too and they couldn't be in a better position for convenience. It's also easy to remove the side panel if you want to do upgrades or make modifications. I can't imagine how anyone could be disappointed with this case.

Cons: This case is what it is. Within it's obvious limitations (it doesn't have enough bays to be much of a server case), I couldn't find any unpleasant surprises. I do wish it had a window on the side though, but it is otherwise near perfect.

Overall Review: I haven't really tested the power supply for voltages, but Allied is a trusted name and it seems to be doing the job for me. I have simultaneously run 2 harddrives and 2 DVD recorders for several weeks with no problems. I normally don't take the time to write reviews such as this. (In fact, this is my first time.) But I am so impressed with this product that I want to share it with anyone that might be in the marked for a case like this. But it seems that I have a history though of finding out that most of the products I find that I love are discontinued soon after I discover them. I hope APEX continues to make these long enough for me to buy it's bigger "PC" version (and at the same price too - what a deal) when I order the parts to build another computer.