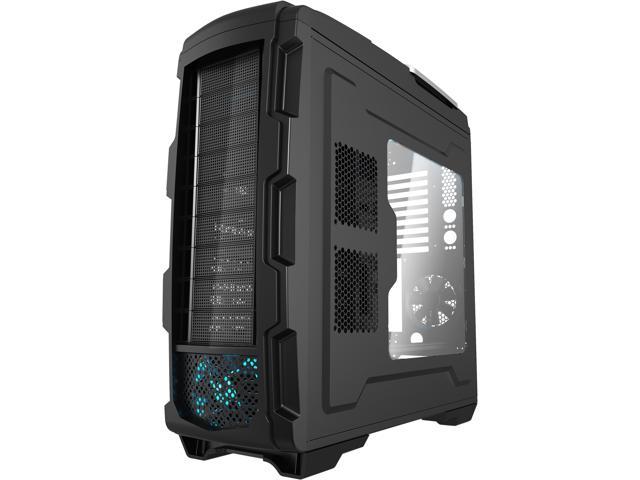 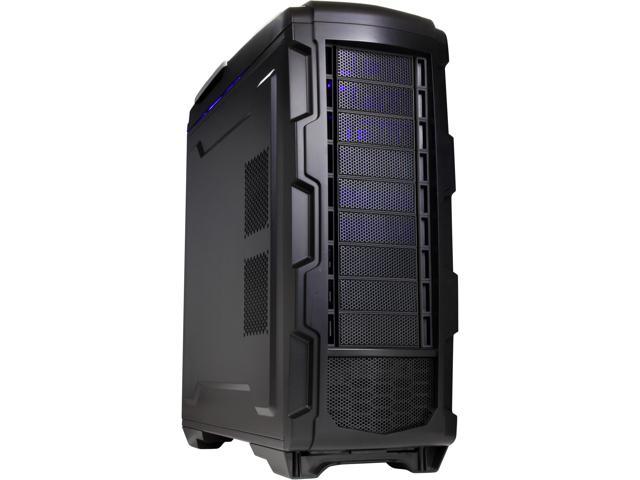 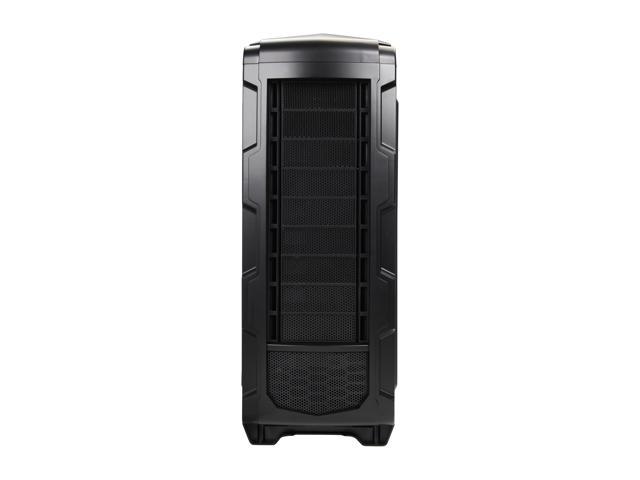 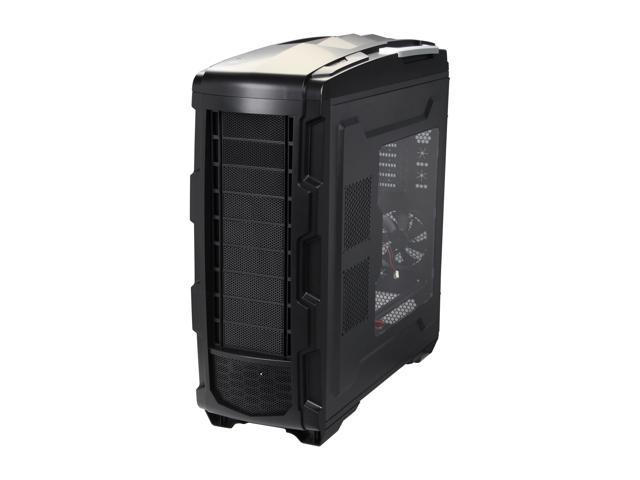 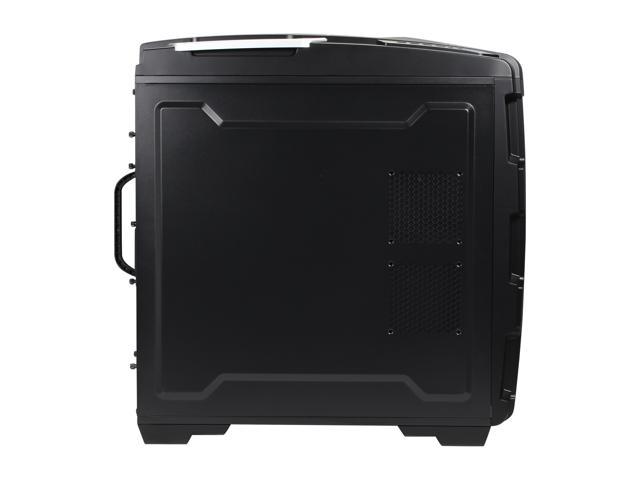 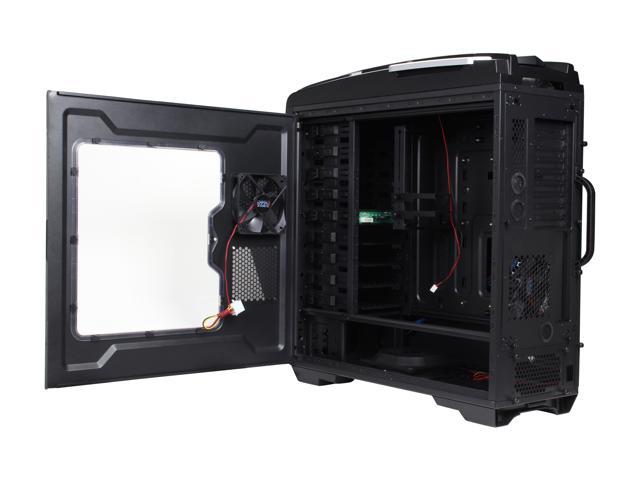 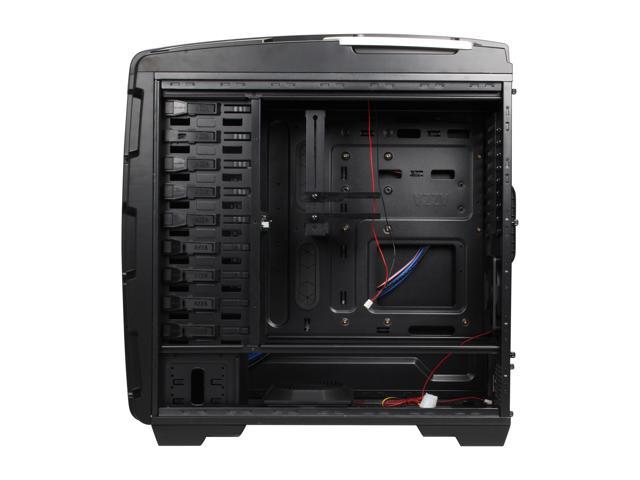 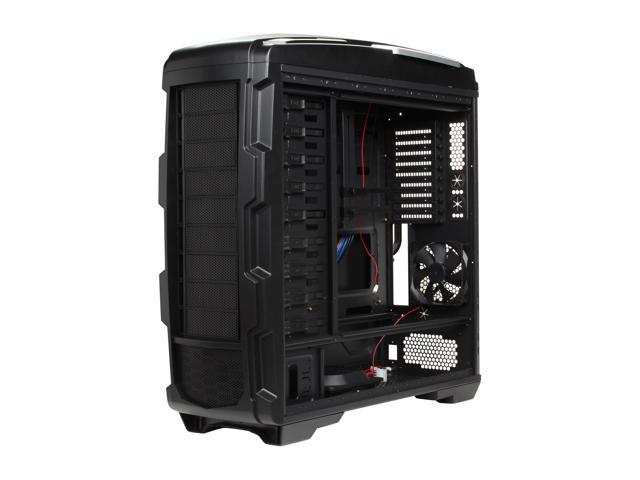 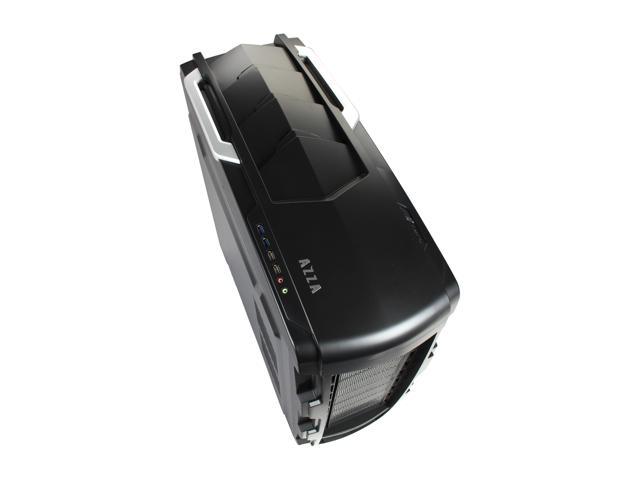 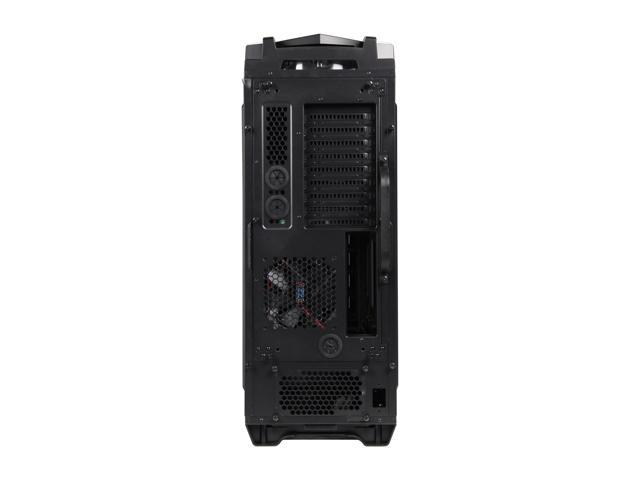 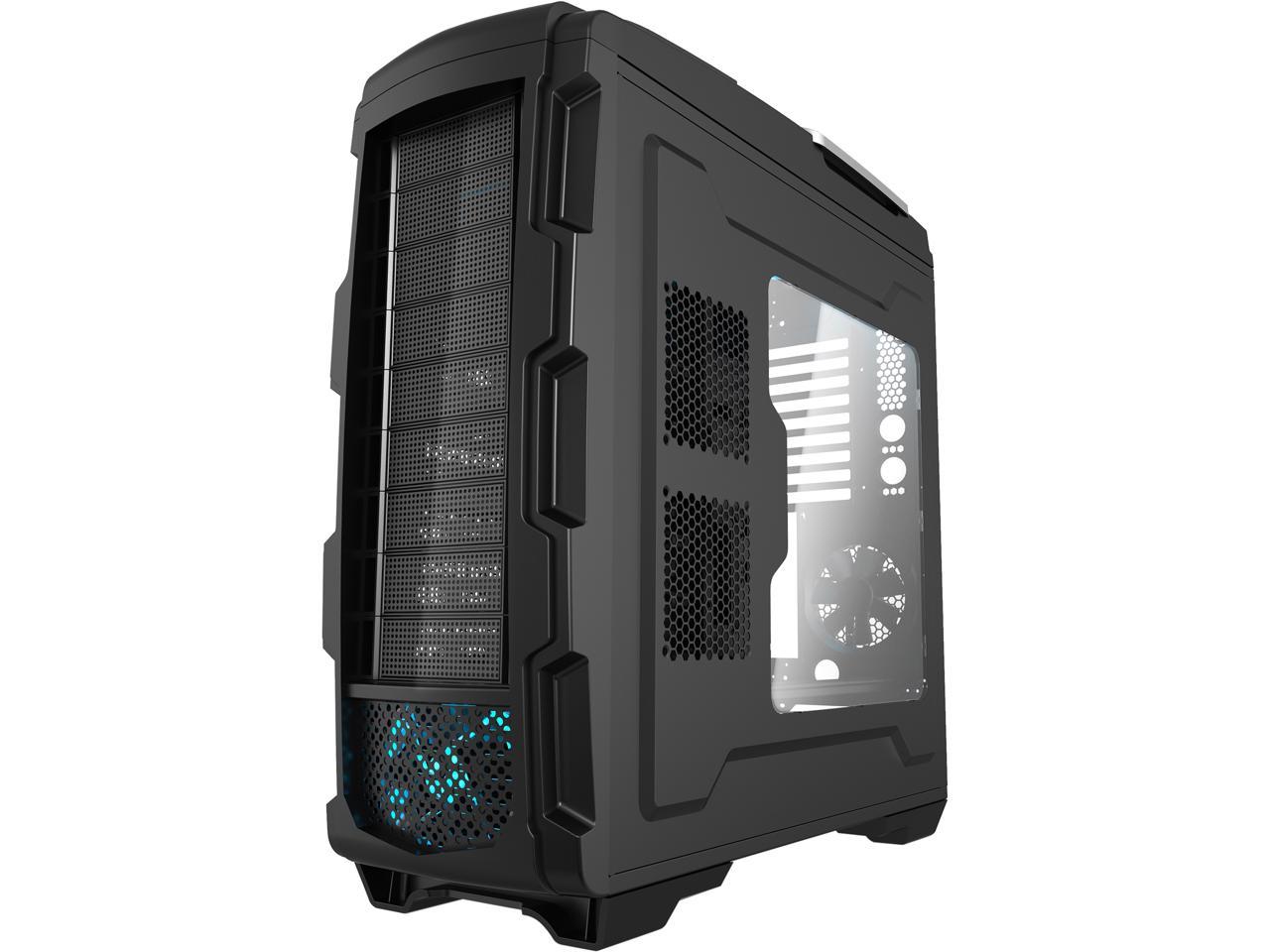 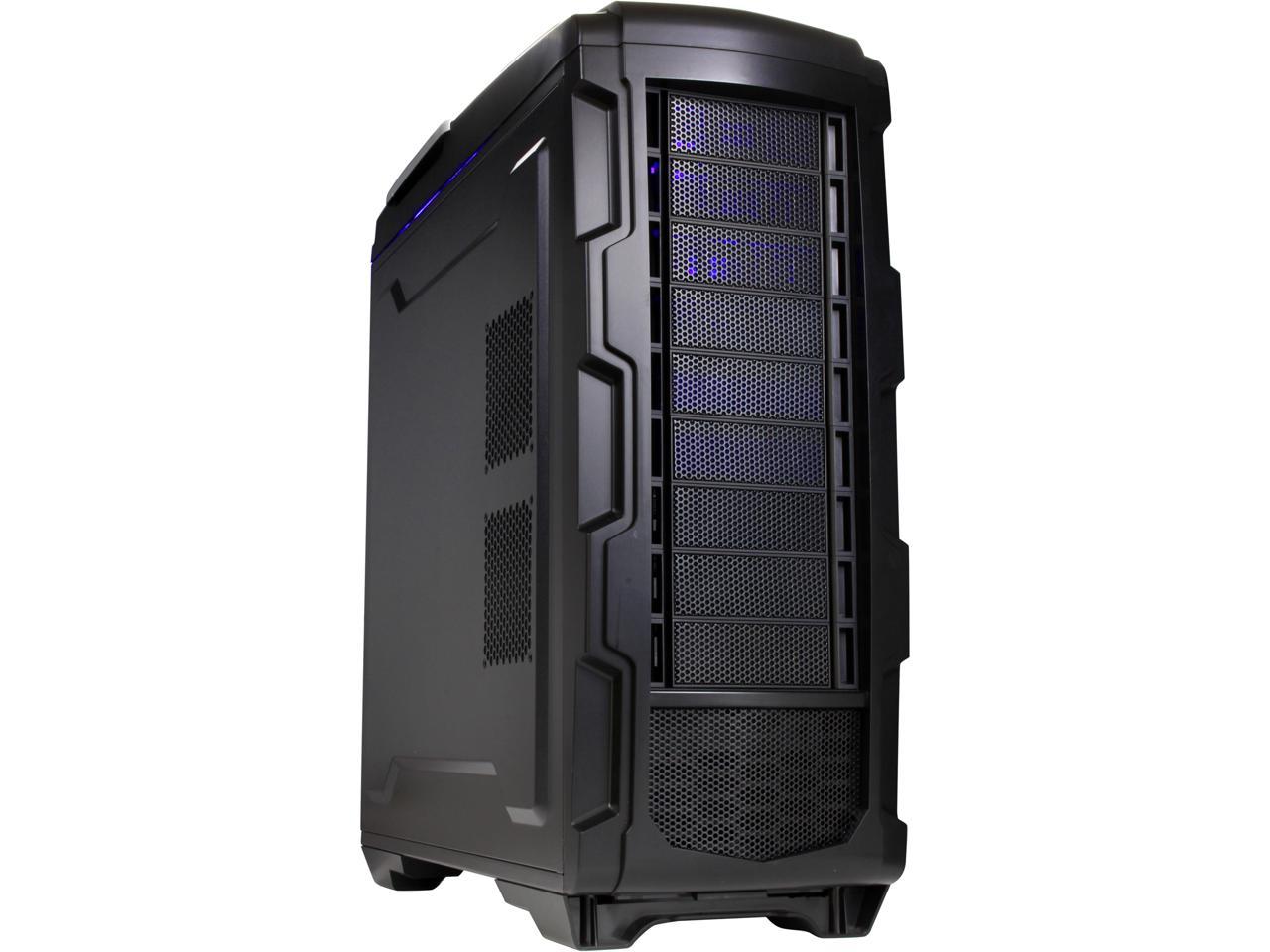 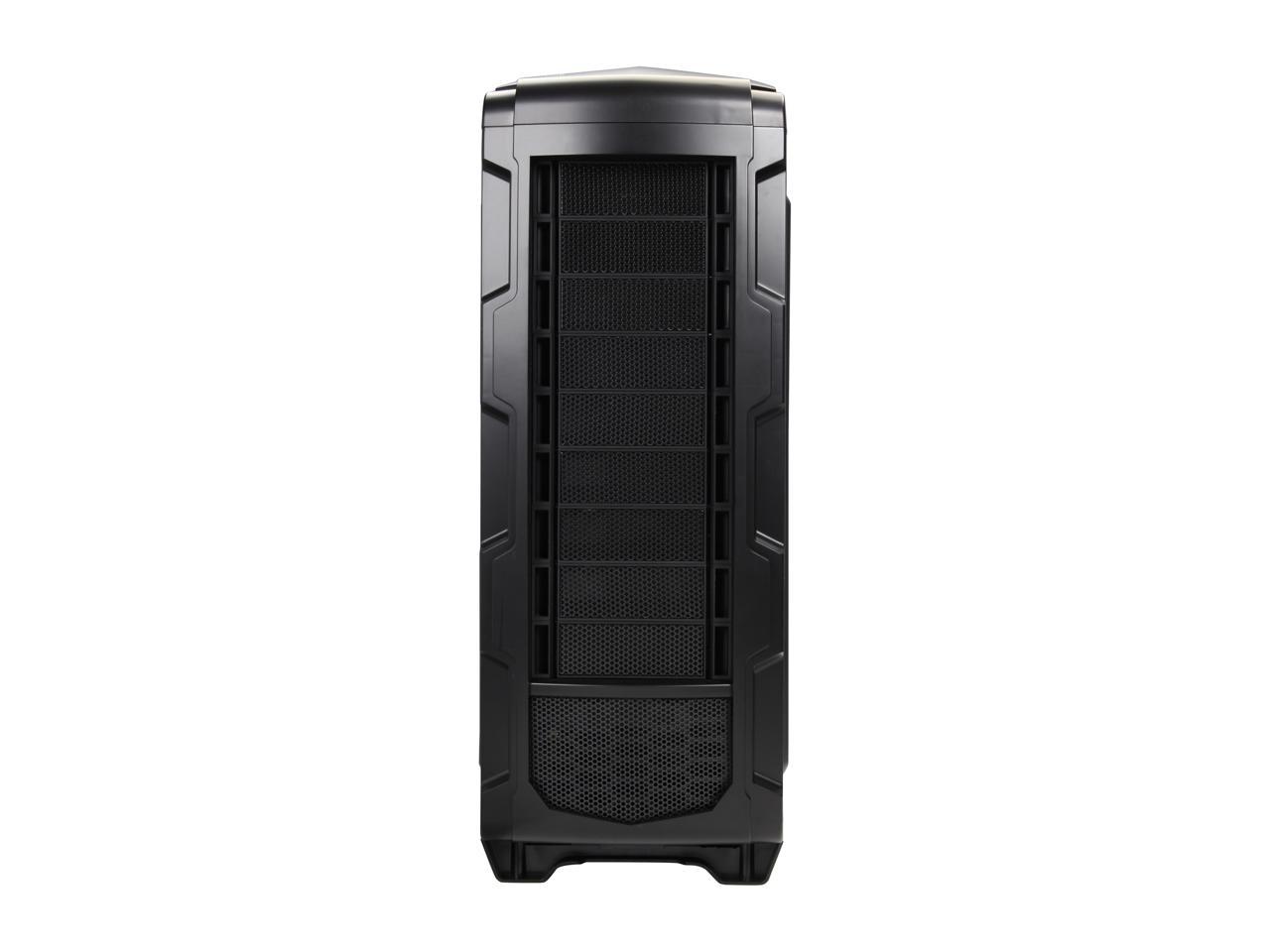 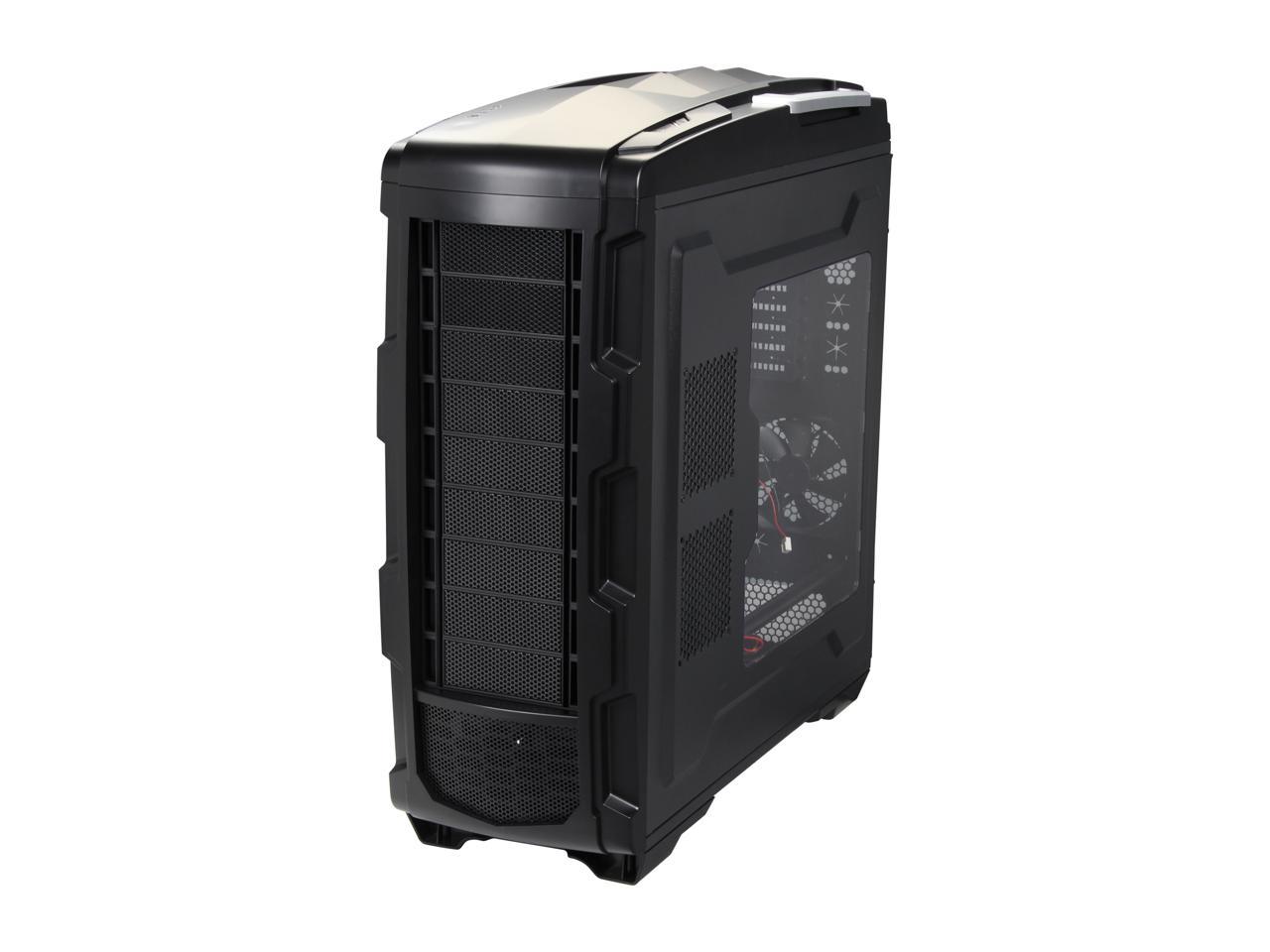 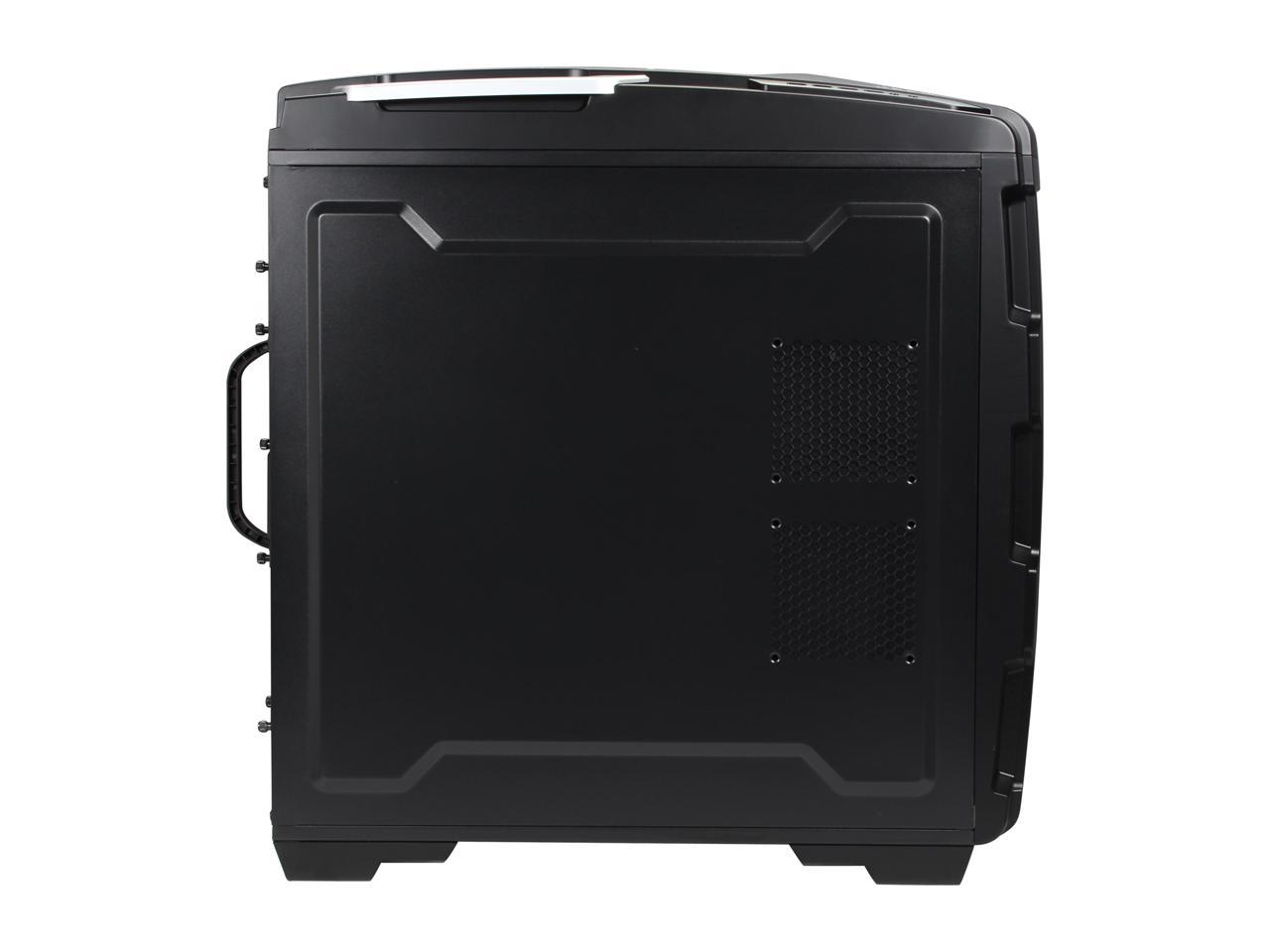 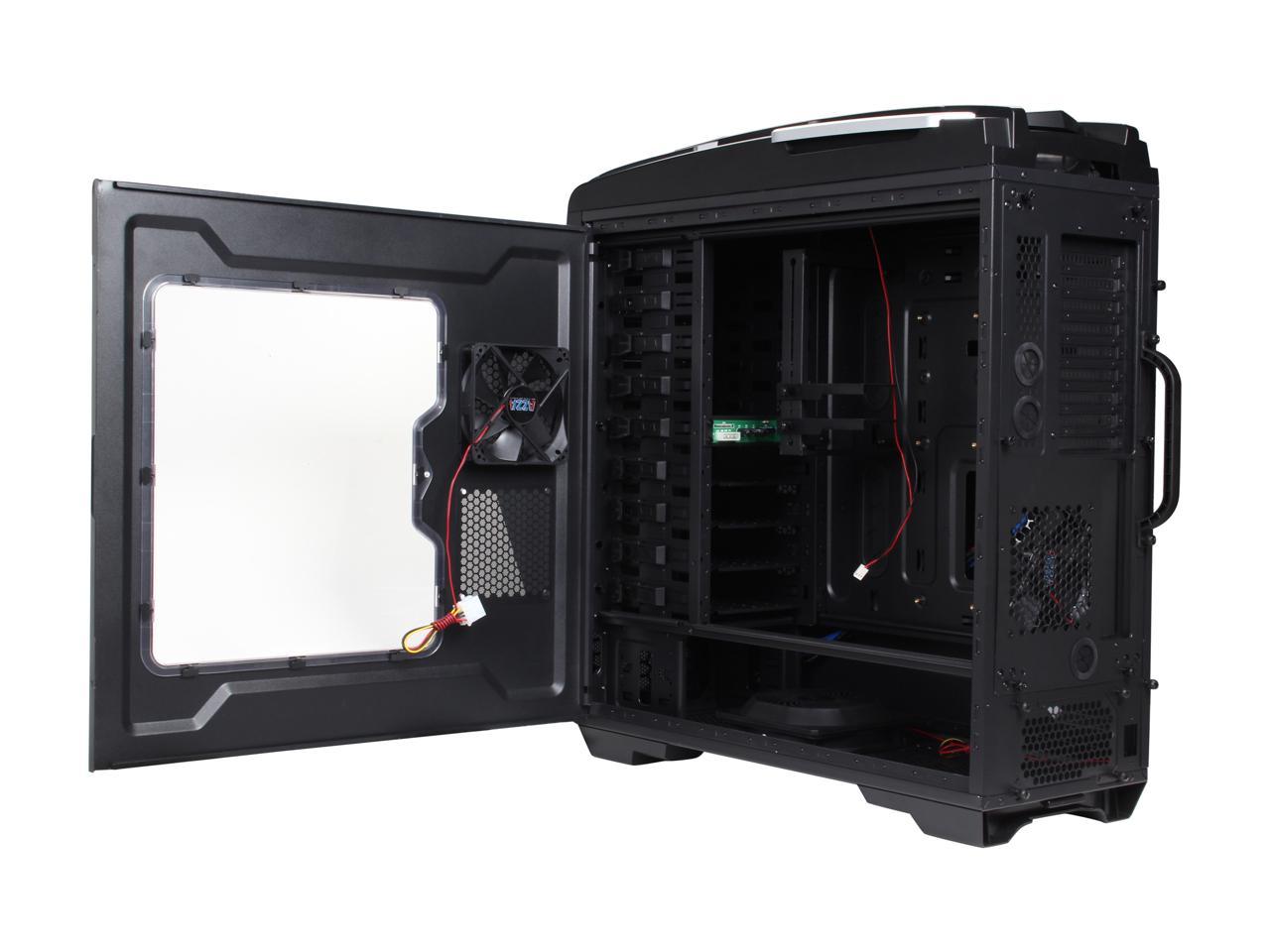 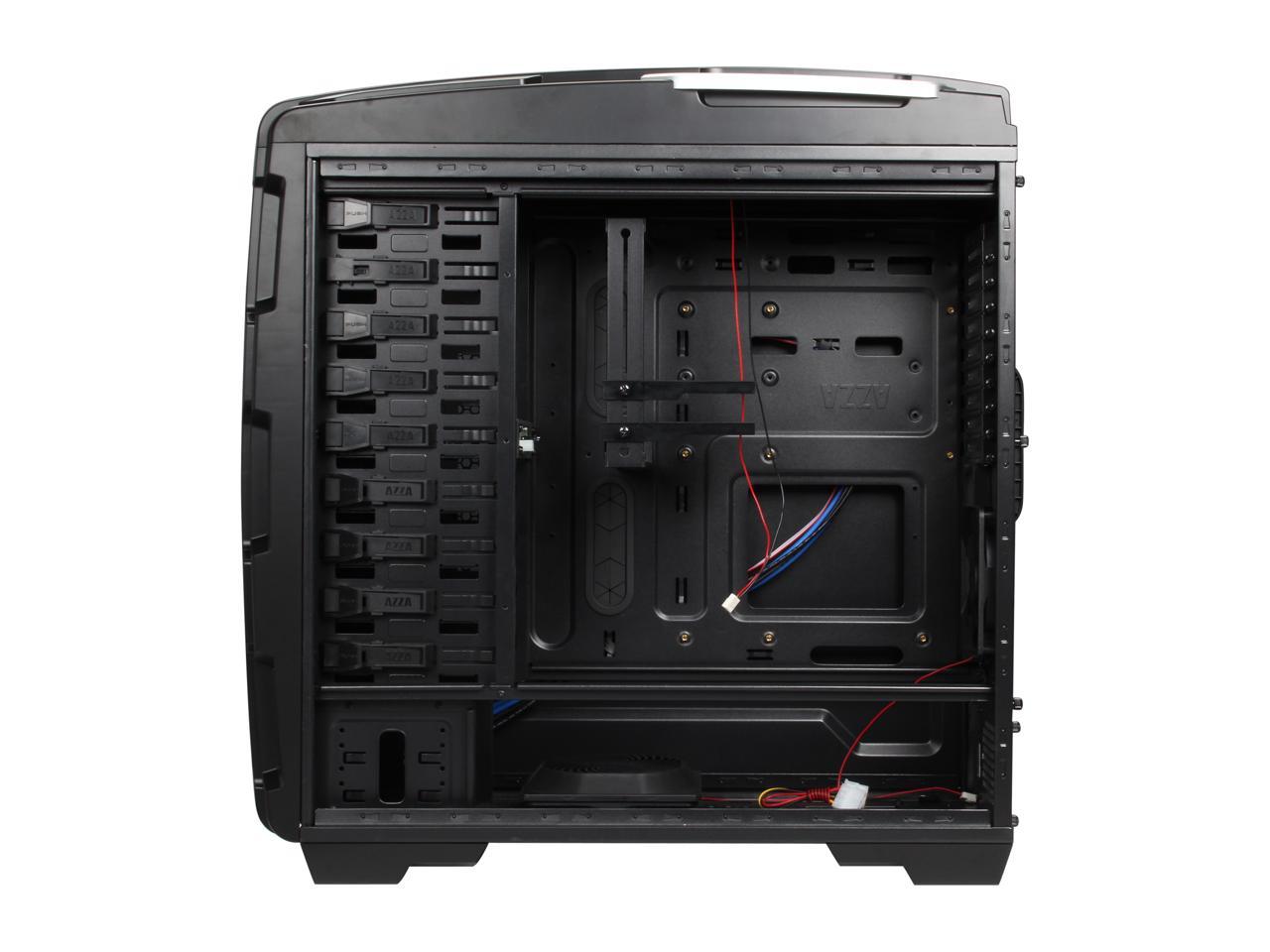 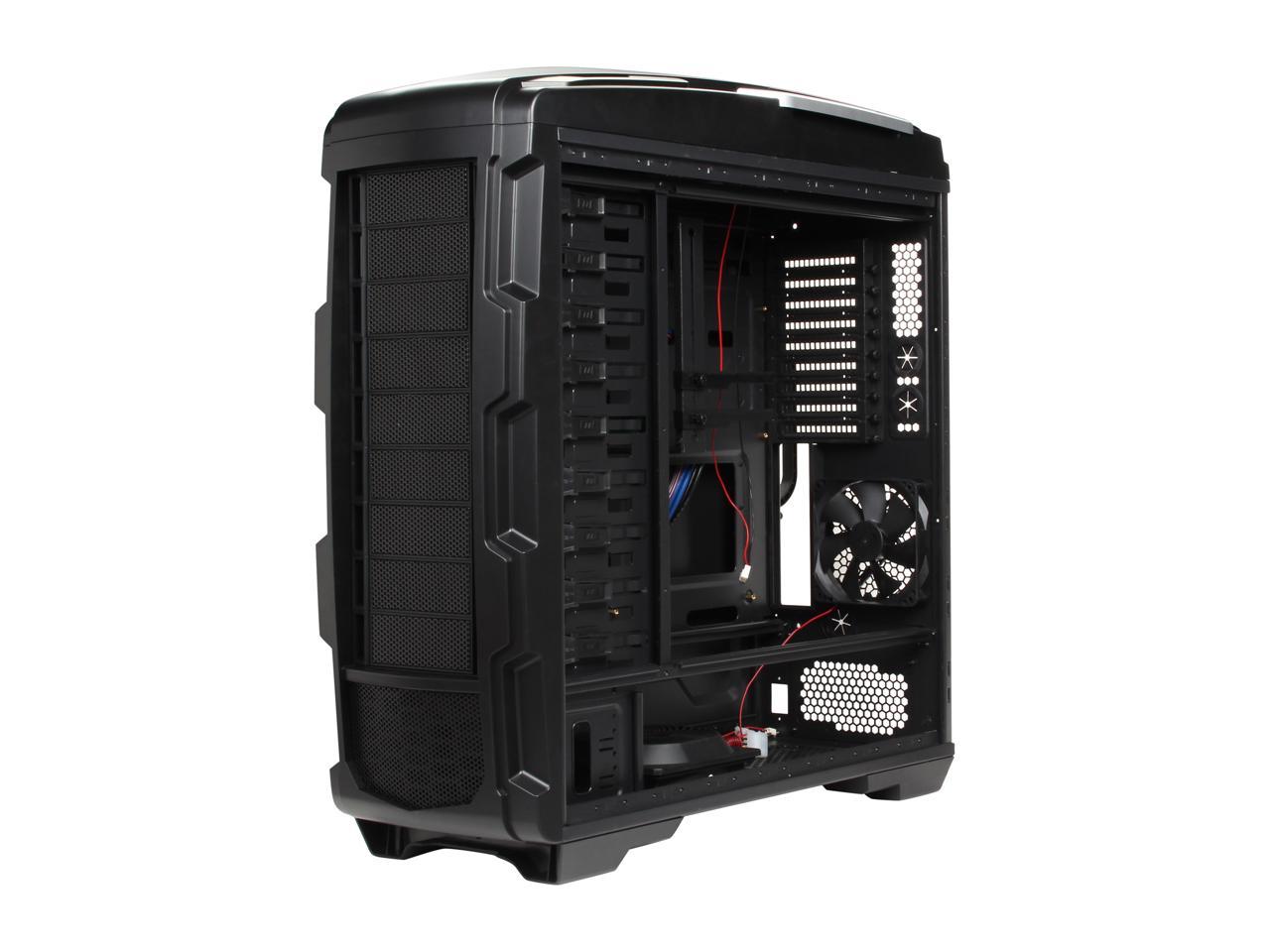 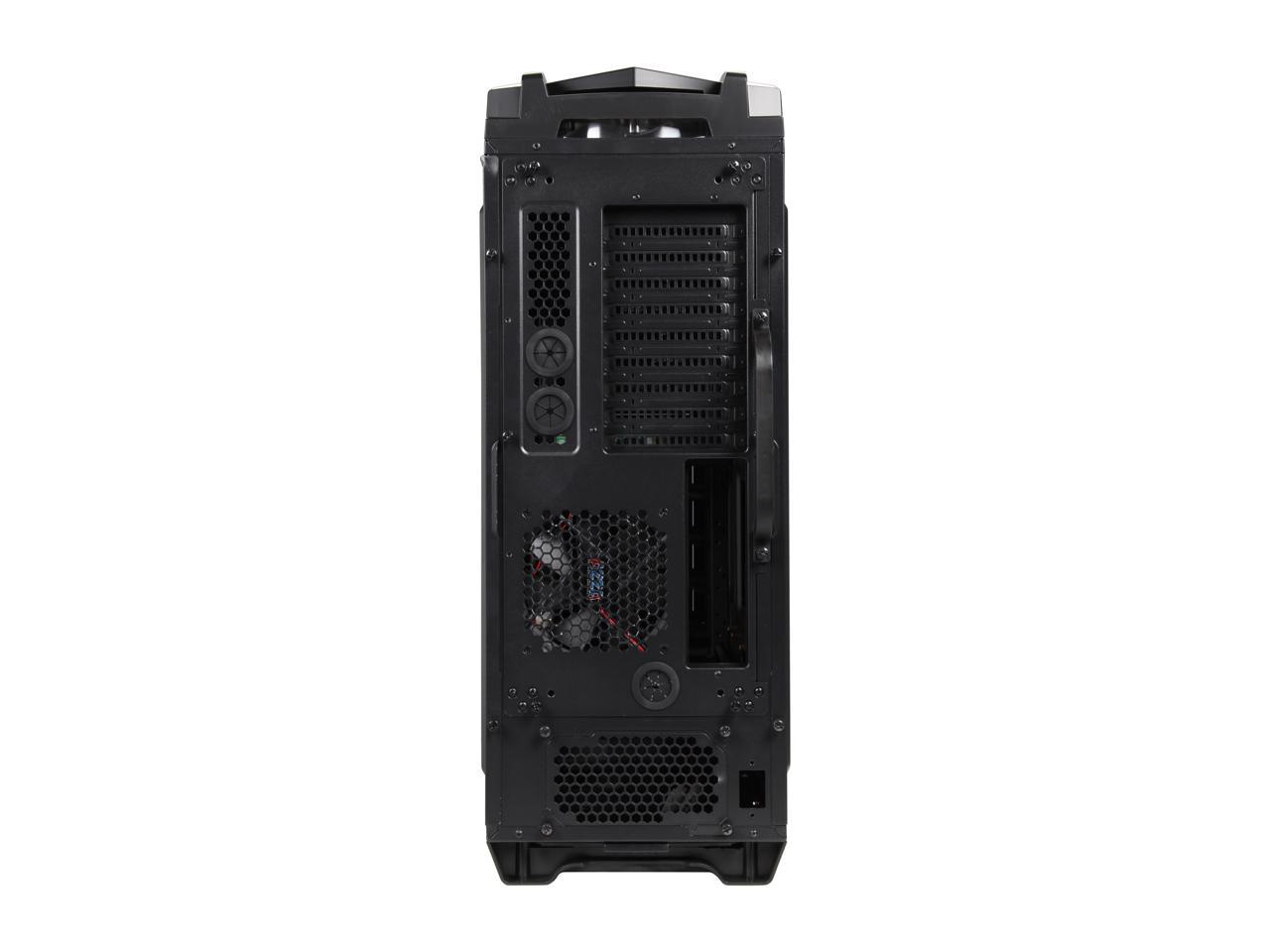 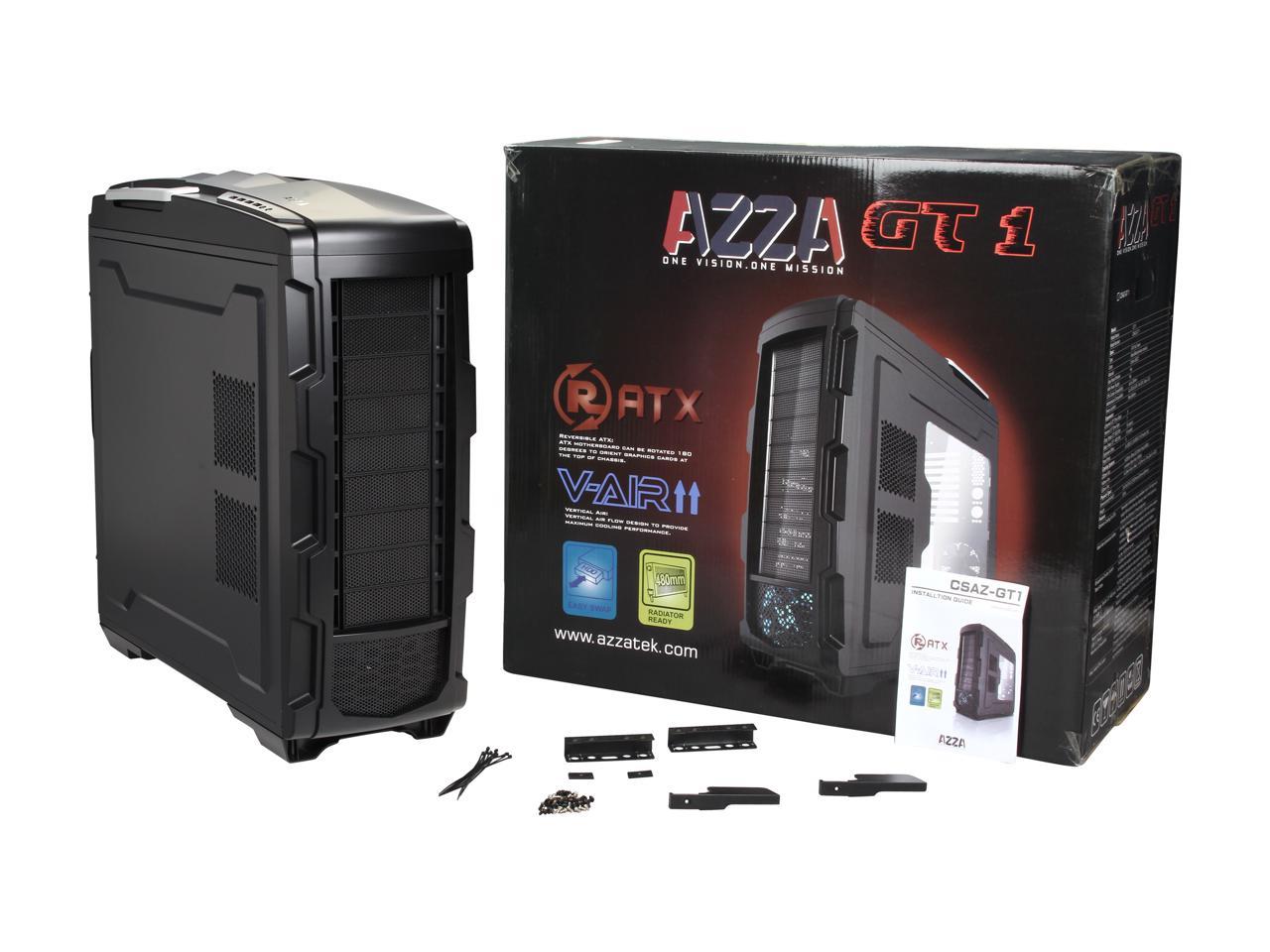 (44) Write a Review
OUT OF STOCK.
Overview
Specs
Reviews

Following the success of Genesis 9000, AZZA offers its value-oriented customers AZZA GT-1, which has most of the features Genesis 9000 provides but with a lower price tag. GT-1 has a removable motherboard tray that can be installed in two opposite directions of your choosing. Placed in the traditional way, the CPU is next to the top fan. Place the motherboard tray in reverse, the ventilator is now in close proximity to the VGA cards. A giant exhaust fan placed next to the hotspot is one feature that helps keep the computer cool locally.

The other attentive features of GT-1 include its capability to house a 480mm water cooling radiator, the longest available in the industry. In fact, this expansive case has enough room for up to three radiators including one 480mm plus another 240mm and a third 120mm. Also, it can hold VGA cards up to 400mm. Maximum compatibility with motherboard allows for installation of XL-ATX, E-ATX, Full ATX, and Micro ATX. It is equipped with five easy swap HDD slots, supporting up to nine 5.25" drive bays. With nine add-on card slots, it is fully capable to accommodate quad-SLI. Learn more about the AZZA CSAZ-GT 1

Pros: You will not believe how large this case is. It is a BEAST. It boggles the mind. This is less of a case and more of a piece of furniture (it rivals the size of some end tables and stands taller too), and provided that you have the space, you will be abel to put anything you want to in it. In addition, this has the most amazing characteristic: the motherboard tray can be mounted inverted, orienting the motherboard upside down and the graphics card at the top of the case instead of at the bottom. The material is plastic on the top, but vented. It sucks air in though the bottom and front (it stands slightly off the floor) and moves it through, expelling it out the rear and top. It can definitely move some air.

Cons: Don't make the mistake I did: this case will not support the width of the Corsair H110i water cooler. While the advertising claims it supports up to 480mm radiators, that's in length, not in width. The H110i will not match up with the mounting holes on the top. Save yourself my headache and get the H100i instead.

Overall Review: Try to get it when it's on sale with a rebate.

Pros: Nice case came with alot of room was easy to set up

Cons: The quality of the parts for the money was lacking , not to mention the tabs that attach the front panel were broken when i opened it ,some of the filters for the the fan covers were falling off where the glue was applied ,and the sticker with the AZZA logo were barely applied as well.

Pros: -Really big -Airflow is well enough to cool without a water cooling system -Cheapest Full Tower on the market -Space for a large amount of hard drives and optics if needed

Cons: -Gamer aesthetic can be a turn off as this can function as a good workstation -The fans are not the best quality and are 2pins, normally you expect 3pin even in low budget cases -Power supply mounting could've been implemented better

Overall Review: The cons aren't worth it to take off an egg for, the price was well worth the product I received,came in perfect condition but specks of dust inside the case tells me they've been sitting on them for awhile

Pros: capable of 6 fans and is exactly as advertised. I love it. Newegg came through for me and i'm grateful.

Cons: You ,ust be sure to request them to be extra careful with having UPS deliver the package or else it may come to you front panel prongs broken. Had to replace it twice.

Cons: - The sides don't lock in place, you always have to use the thumbscrews - Had to drill an extra hole into the motherboard tray to add a spacer necessary for an E-ATX server board - No fan control panel - The included fans are loud, you need to reduce the voltage or replace them - The plastic front and top panels are a little flimsy - Not a particularly elegant or beautiful looking case - The top of the case is not flat, and is not well suited to storing things on it

Overall Review: For $70 this case is a steal. Cases with a similar size and number of external bays are uncommon these days and tend to cost several times more.

Pros: - It's big. Really big. That's a big part of why I got it. - For a case this size, it's not that heavy. It replaced an old Thermaltake (also very large) case that was significantly heavier. - Plenty of room for water cooling. - Pretty decent cable management options - Lots of external 5 1/4" bays. - Roomy and very easy to work on.

Cons: - Overall, poorly implemented - Airflow over the motherboard is less than optimal, leading to hot chipsets and NVMe drives. Would be better served to have an intake on the side to blow cool air directly on the motherboard. - Included fans are two-wire only so forget about fan control. I replaced all of them. Certainly, full PWM fans at this price is asking a bit much but I don't think that 3-wire fans for speed control is unreasonable. The small front fan is absolutely worthless and the mounting is far from solid, which would likely make it prone to vibration and noise. The installed fan setup would also likely lead to negative (rather than positive) pressure, which would increase dust buildup. - Same chassis as the CSAZ-9000 but doesn't have the extra parts for the front-mounted power supply. However, there is still the hole in the rear for where the power would go for the front-mounted PSU. Will need to put a screen over it to prevent dust. Note: the front-mounted PSU may have allowed for a second fan to blow directly over the mobo, reducing the issue above. I currently have a spare fan rigged to blow over the NVMe drive and am considering drilling a proper mount for a side fan. - Bottom screens don't fully cover the fan area for the bottom intake fans. - Fit and finish leaves some to be desired. As another reviewer mentioned, the "AZZA" lettering on the top came off on mine as well. I'm left with a single "A" that doesn't seem to want to come off.

Overall Review: I had limited options for a new case for my home media/file/backup server. I like to use hot-swap cages and currently have 2 Icy Dock Black Vortex drive cages with almost 30 TB of storage and wanted room for additional cages. So ... 9 external 5 1/4" bays was a minimum, which limited my options as the going trend seems to have fewer drive bays. I selected this mainly for price and find myself wondering if I would have been better off with a different case. Overall, it seems like there were some potentially interesting ideas in the design of these case but they didn't quite make it to full implementation.

Pros: This case is huge like a piece of furniture and there is plenty of space for upgrades

Cons: The face of the case attaches via very cheap plastic knobs and ours arrived all broken.

Cons: You get what you pay for. Case is made very poorly (cheap). Materials are very thin. The aluminum was okay... but pretty much everything plastic on the case was cracked or broken. This was my first (and last) case from Azza. Even though this case is "cheap" considering it's size, etc. I would expect more quality from a case costing nearly $100.

Overall Review: Returned product for full refund. Newegg is taking it's sweet time to refund my account. Word of advice to Newegg, pull this item from inventory until the manufacturer can get their quality issues under control. Right now all this is doing is wasting people's time and money and causing more frustration than what it's worth.