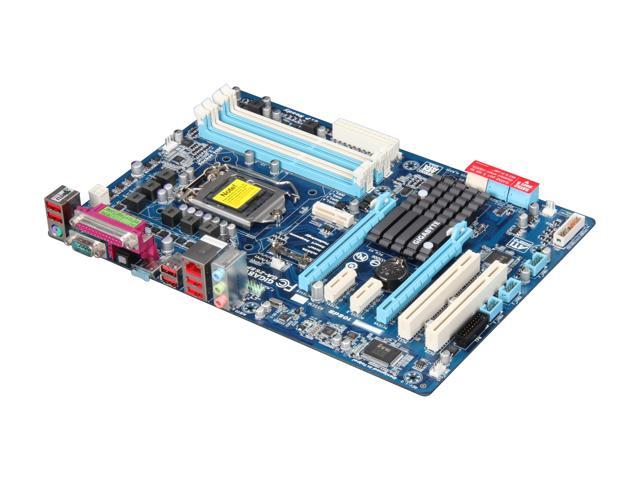 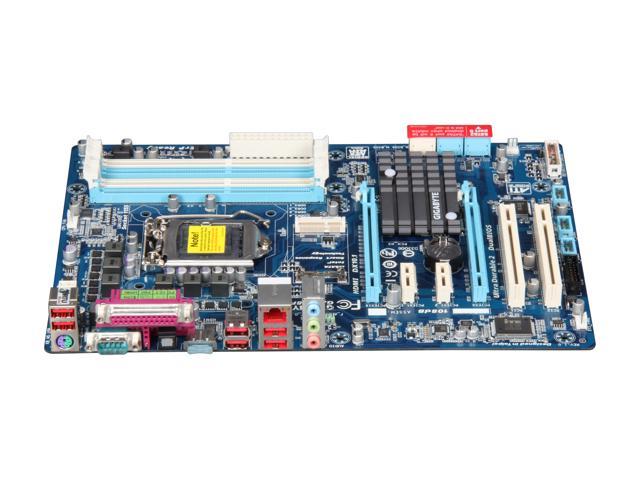 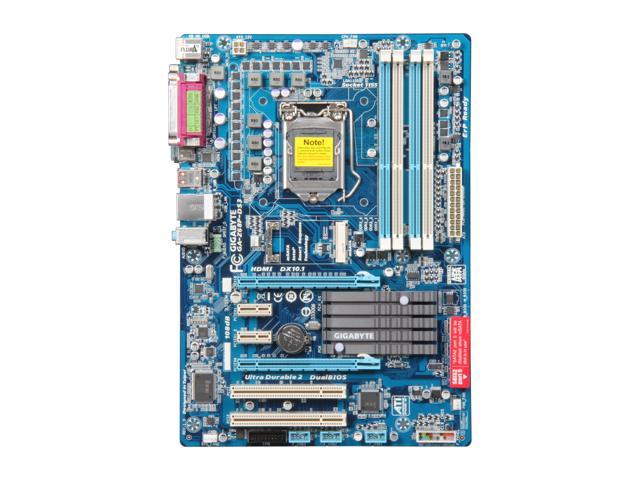 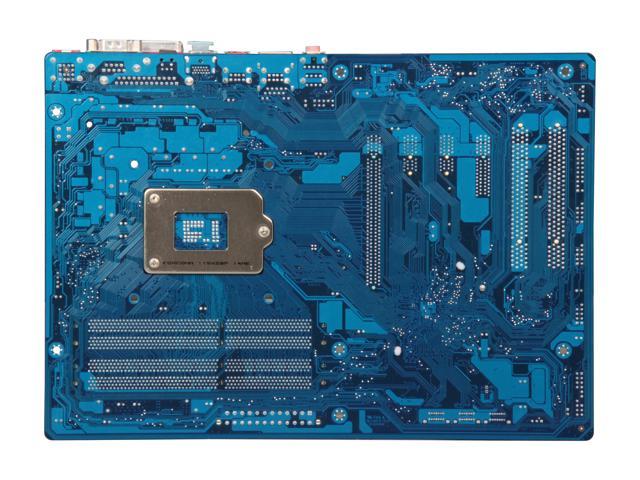 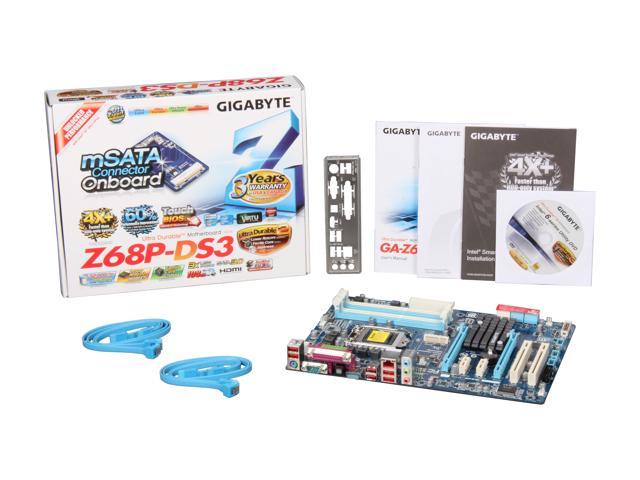 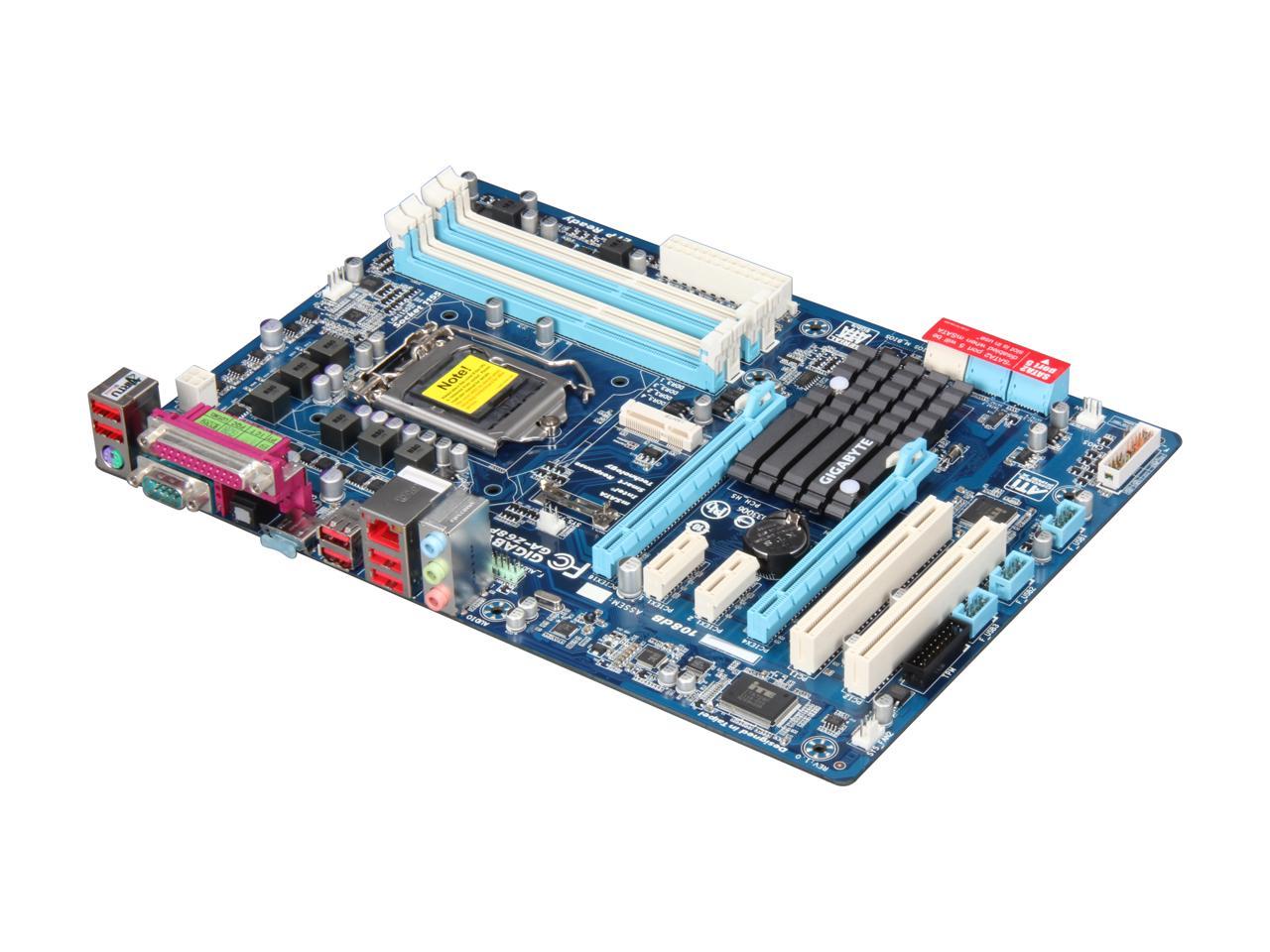 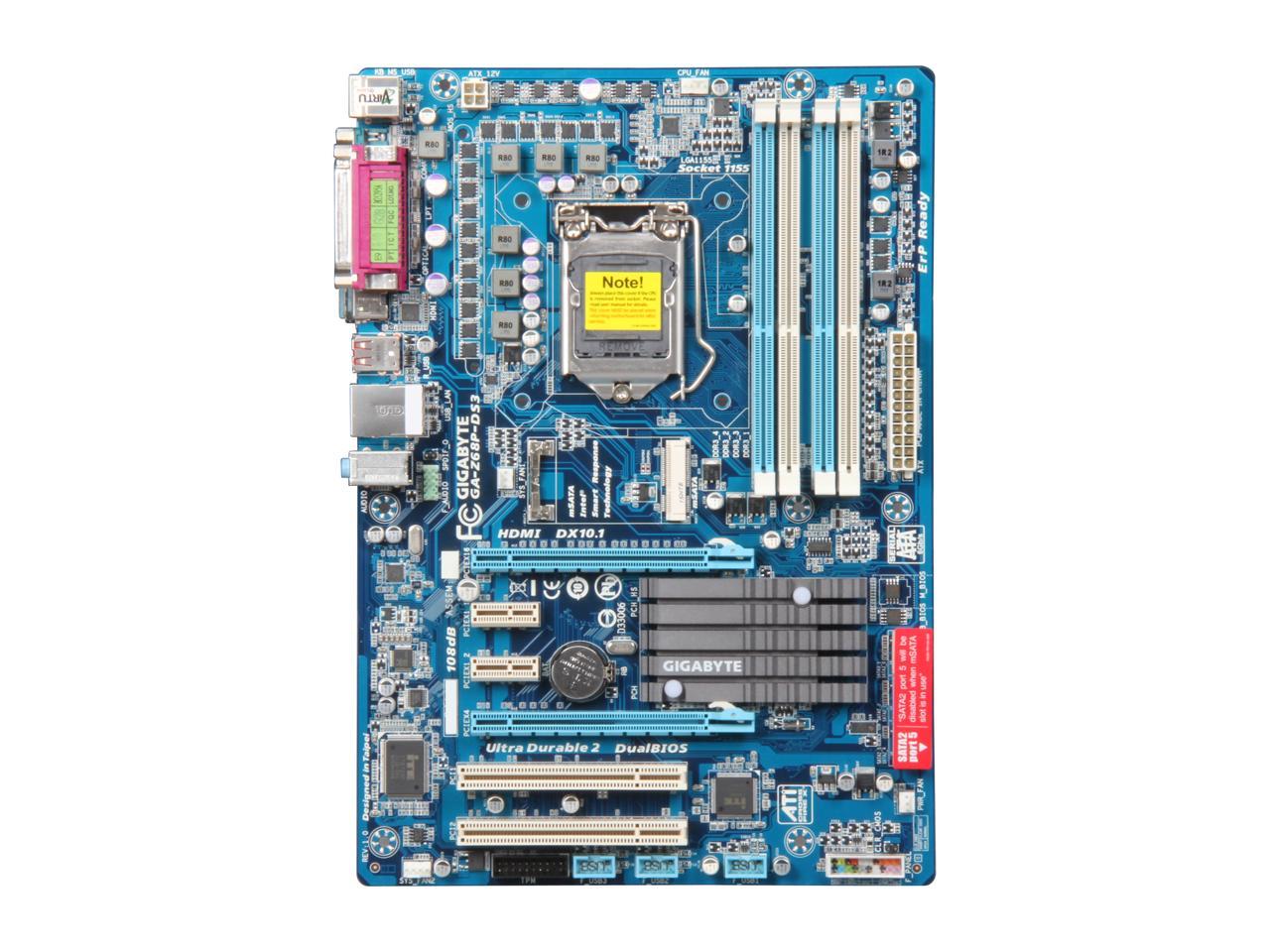 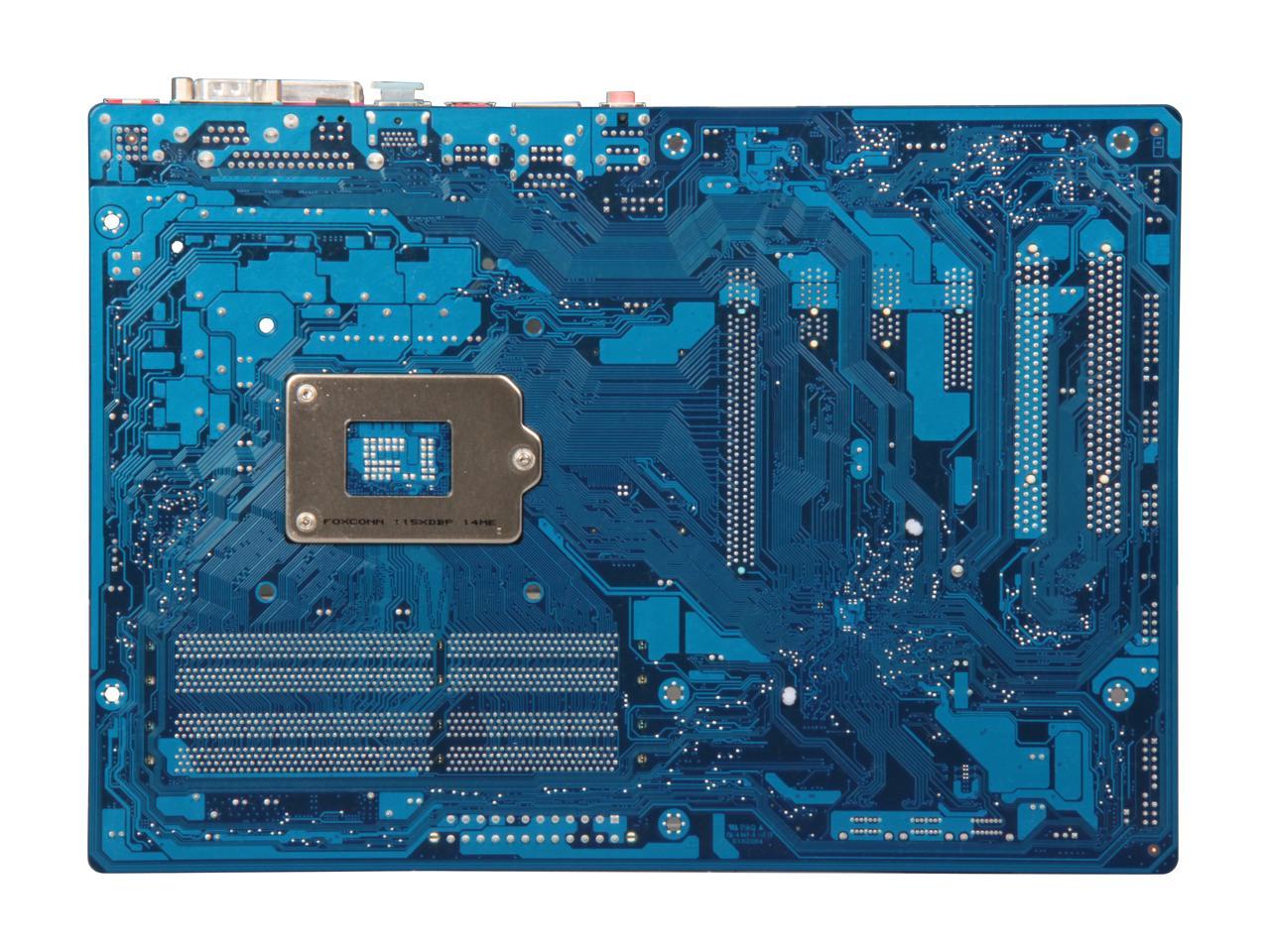 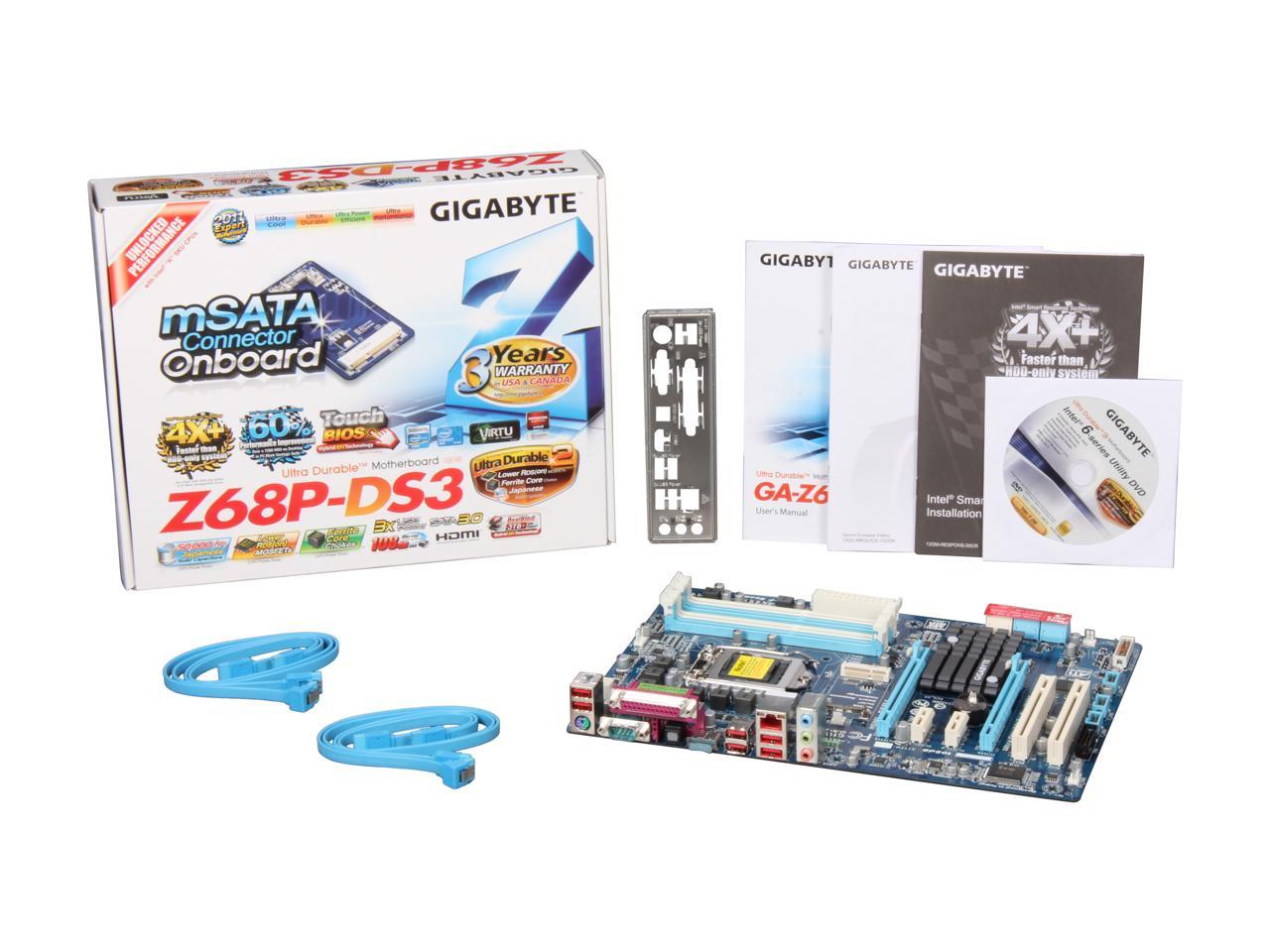 (33) Write a Review
See more "1155 motherboard"
In stock.
Ships from China.
Most customers receive within 4-31 days.
Overview
Specs
Reviews
The GA-Z68P-DS3 motherboard is based on the Intel Z68 Express Chipset and supports the new 2nd generation Intel Core processors. Delivering the very best that Intel 6 series chipsets have to offer, including a significant performance boost with Intel Smart Response Technology, the first ever mSATA drive connectors on a standard desktop PC motherboard, and GIGABYTE's proprietary Touch BIOS technology, GIGABYTE Z68 series motherboards put users in the driver seat, allowing them to take total control over how their system operates and performs to best match their individual computing needs.

Learn more about the GIGABYTE GA-Z68P-DS3

Pros: PERFECT for the i52500k overclocks with a click of a few buttons. Great overclocking XMP for ram. Smaller design which gives you a lot more room in your mother board after mounting this thing HDMI for built in video is preferred. I can't believe this thing is Z68 and so cost efficient!

Cons: Cannot truly control fan speed from bios. My AMD build with an MSI mobo allows me to get the fan speed by percentage which is really handy for my Scythe Ultra Kaze fan, since that thing sounds like a jet engine on high.

Overall Review: I was very skeptical to purchase this motherboard since I typically rock MSI boards, but I am very satisfied thus far with my choice in this board.

Pros: Great board, has everything I need which is why I chose it. It was a breeze for installation and installing drivers. Haven't overclocked yet but it's in the BIOS and ready to go if I ever decide to. I am using it as a hackintosh (Mac on PC) and have Mac OS X Lion and Windows 7 installed perfectly.

Cons: No USB 3.0, but that's because I wanted a board without it.

Pros: Haven't had any problems with it. I feel much better knowing I have a quality mobo instead of the cheap ones I used to buy. Overclocked my i5-2500k easily and I have plenty of room for upgrades in the future.

Pros: Case: Three Hundred This particular case caused me shorting issues, and it was only after reading another review on here for the fix. Fix: Use 3 screws instead of the 6.

Cons: Sata2 placement and space for crossfire limited. If you have the Graphics card installed on the lower PCI you will need to hook up the Sata cables first.

Pros: Very good price for a feature packed board. The mSATA port is really nice for an internal 311 series SSD. Intel RST works very well - runs your most used applications nearly instantly. BIOS (like all Gigabyte models) is simple, yet offers plenty of options. Includes 4 SATA cables in the box.

Cons: Could not get this board to work with XP - I think it may have to do with the Z68 chipset and no XP drivers for it. Had to break down and buy a full retail copy of Windows 7, but I was happy I did. Also, it did not recognize my older first-gen SATA drive.

Overall Review: Would like to have seen them include a DVI port and eSATA ports - this board has neither.

Pros: Low cost, decent quality, has all I wanted, except USB 3.0. Overclockable? Yes.. i5-2500K currently running at 4.7 Ghz, stable, so far. (water cooled) There is no direct VCore voltage adjustment, but you can "adjust" it by bumping up the "Dynamic Vcore" as added voltage over the stock voltage for the CPU. Has some nice features I plan on using that mSata slot for SSD caching.

Overall Review: Board did exactly what I expected, and overclocked a little better than I planned. After a few weeks of running stable at 4.7 Ghz I expect to bump it faster, 5 Ghz?

Pros: - Z68 board meaning overclocking and integrated graphics HD 2000-3000 support. - Great built in features with the CD - QuickBoot, QuickBoost, etc. - Overclock your memory, CPU, GPU, with ease. - Great design, tons of free space for your GPU, no hassle installation of all components

Cons: - No USB 3.0 - locking lever for CPU was a bit off, caused the metal shield to come down at the wrong angle, had to mess with the orientation of the guard or risk damaging CPU.

Overall Review: Bought this with the i5-2400 and yes, I am able to overclock the 2400. Great board, great look. Everything component wise is well placed and for my first build, it could not have been any easier. POST'ed on my first time flipping on the power and the thing is great.