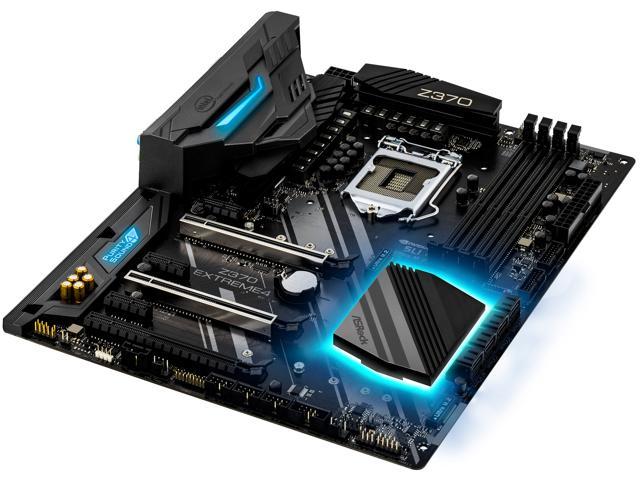 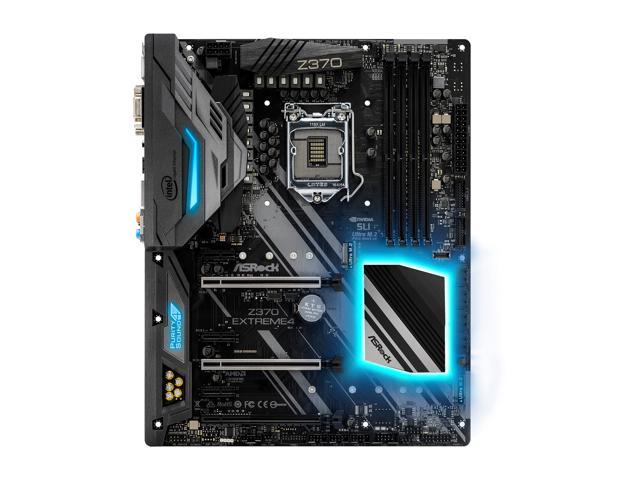 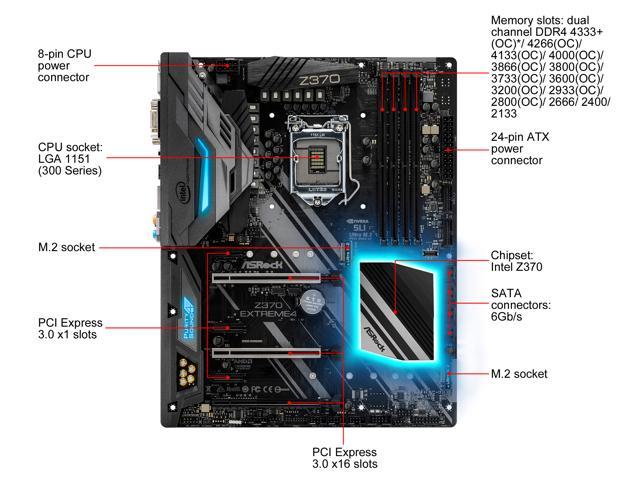 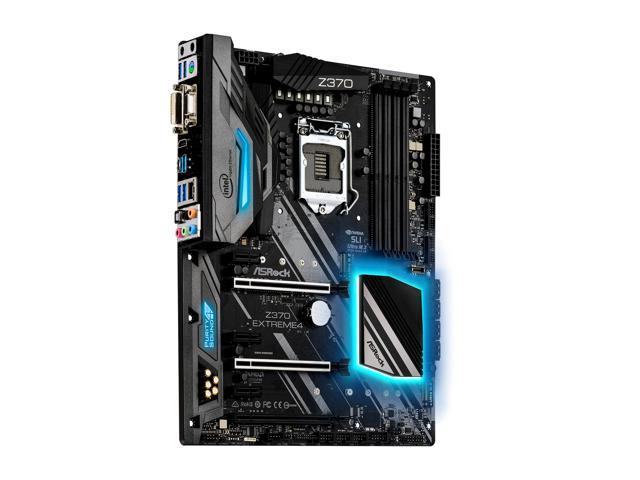 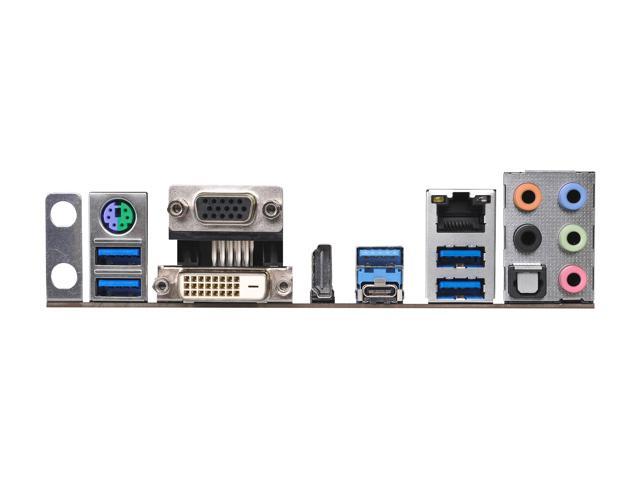 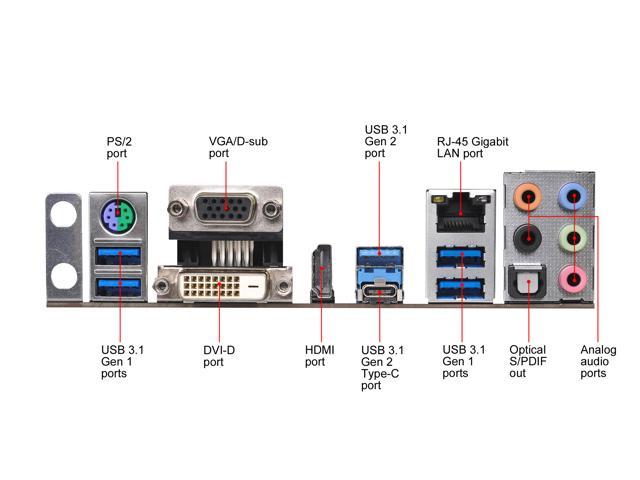 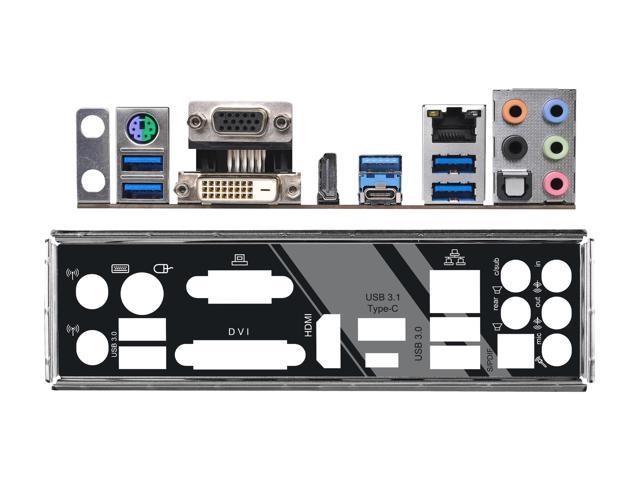 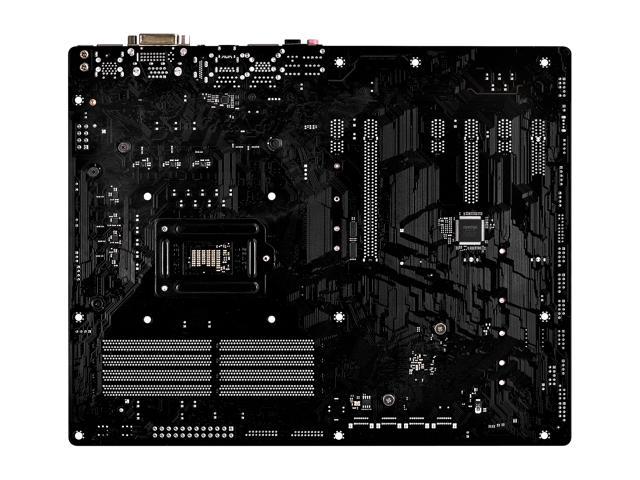 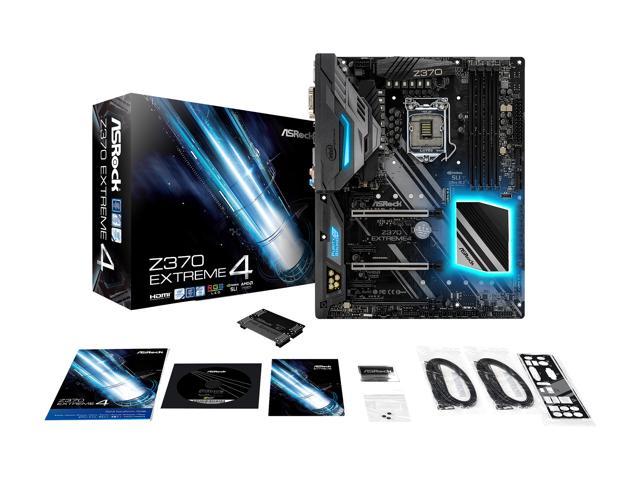 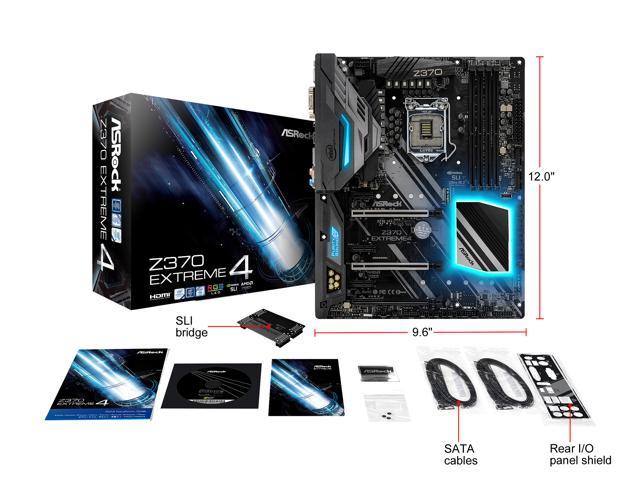 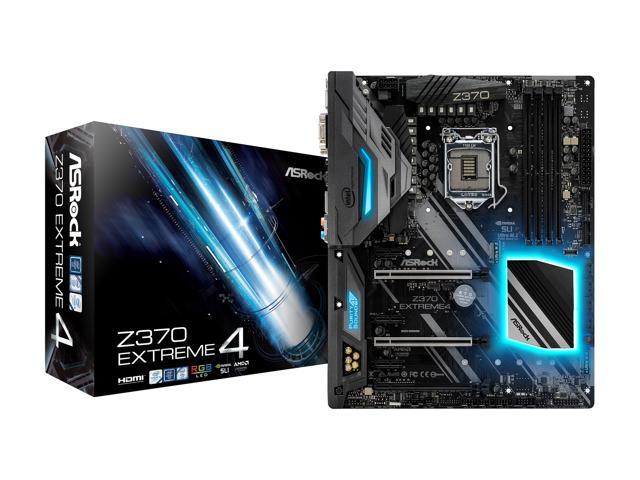 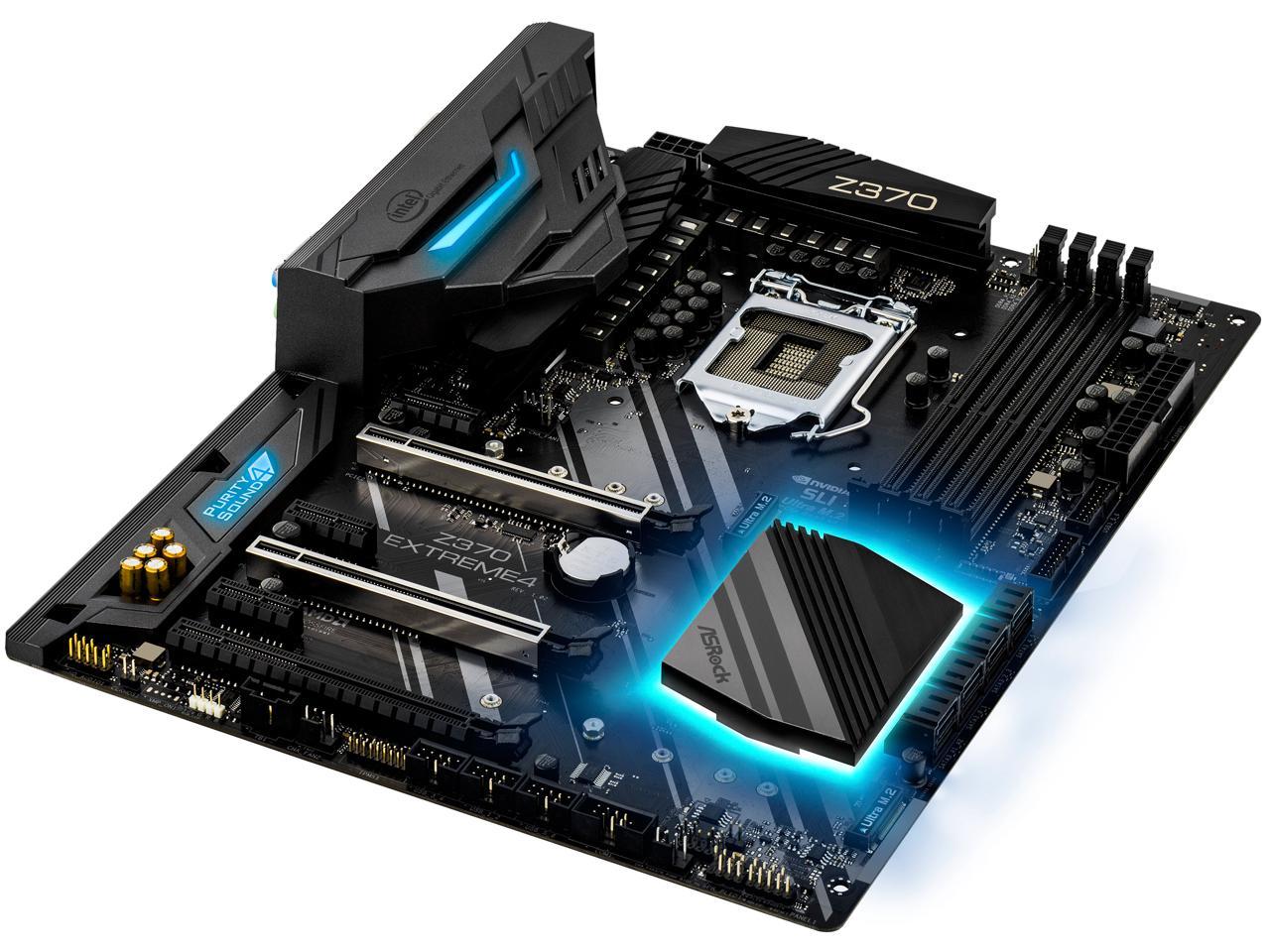 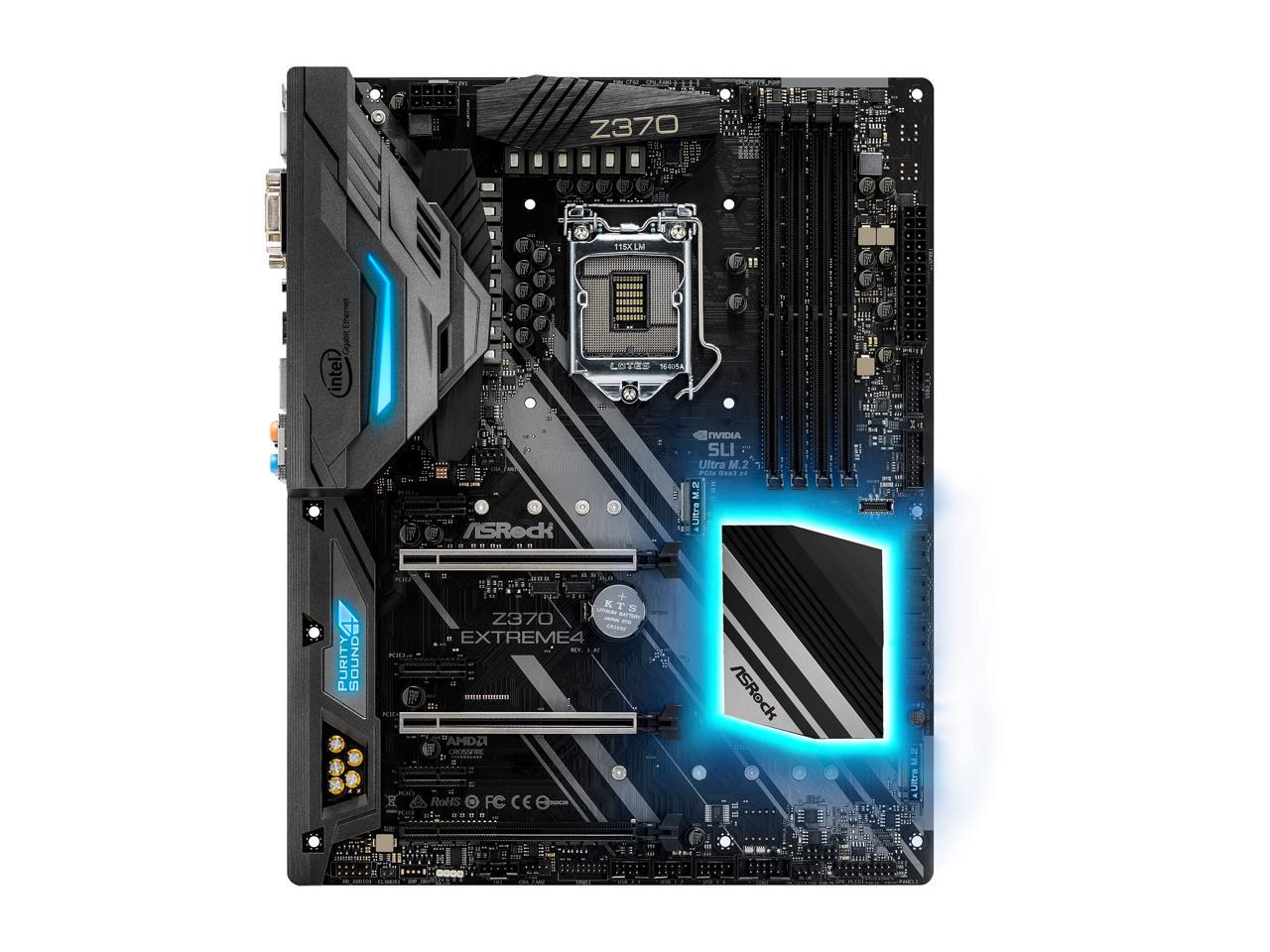 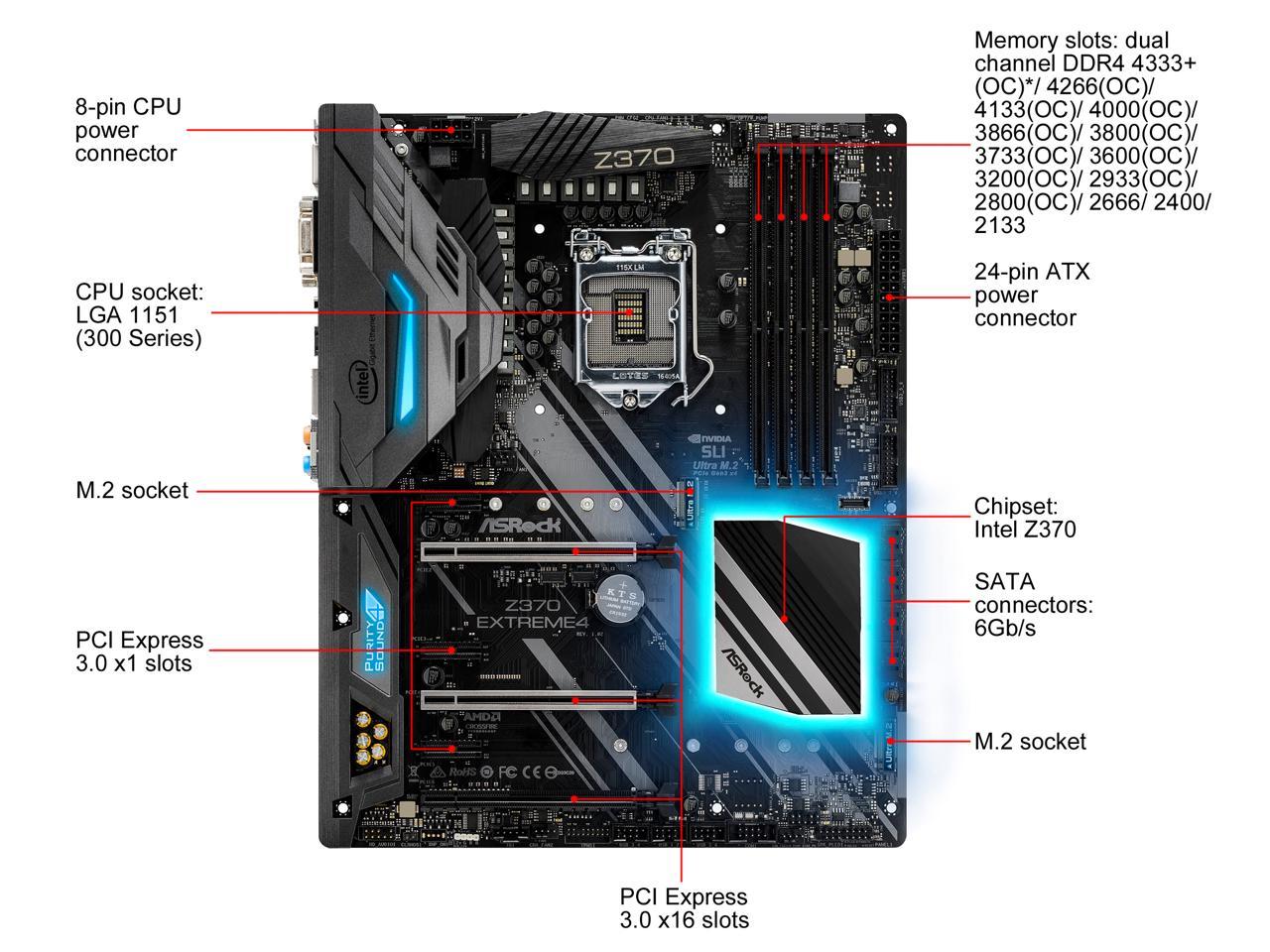 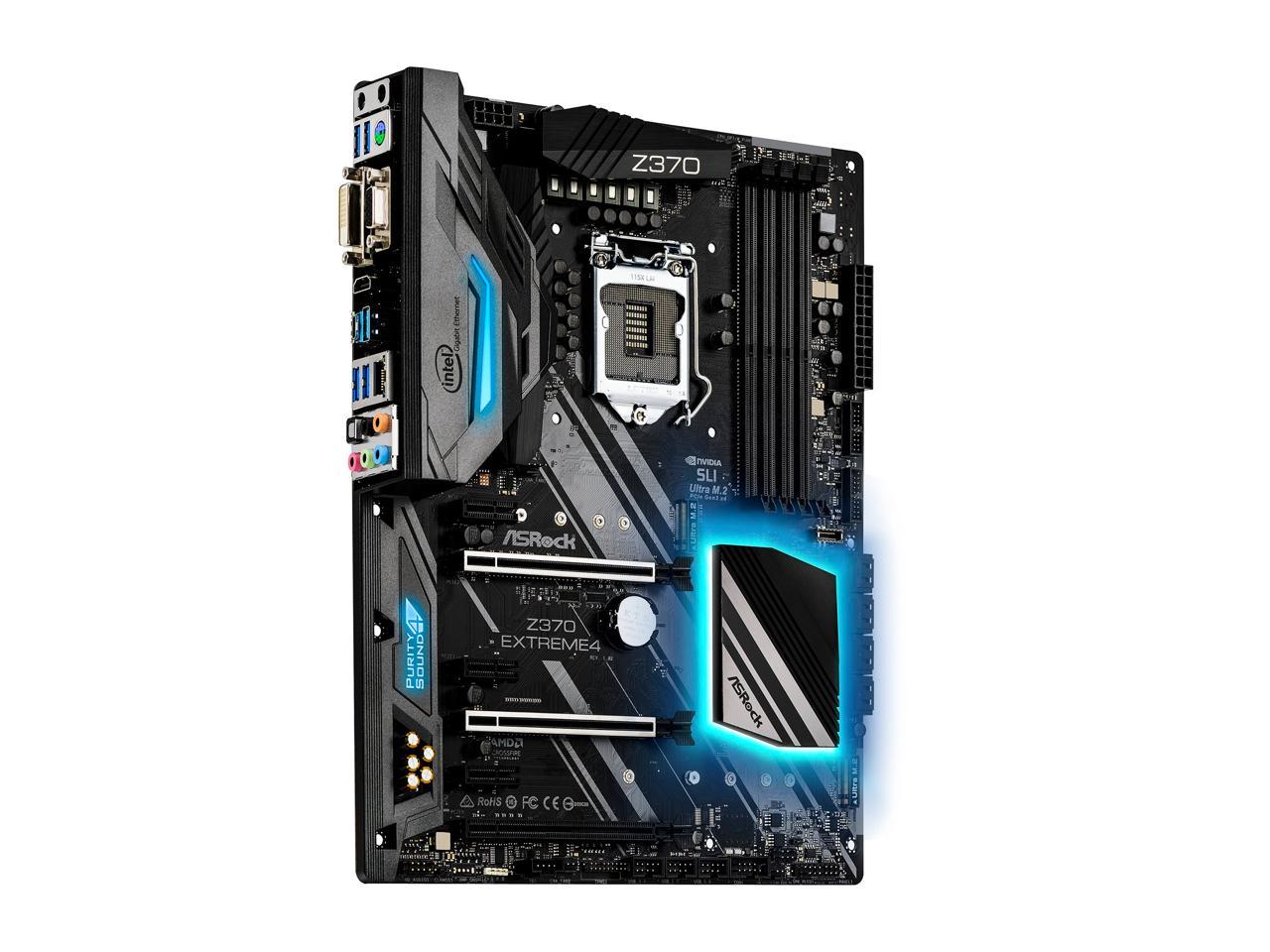 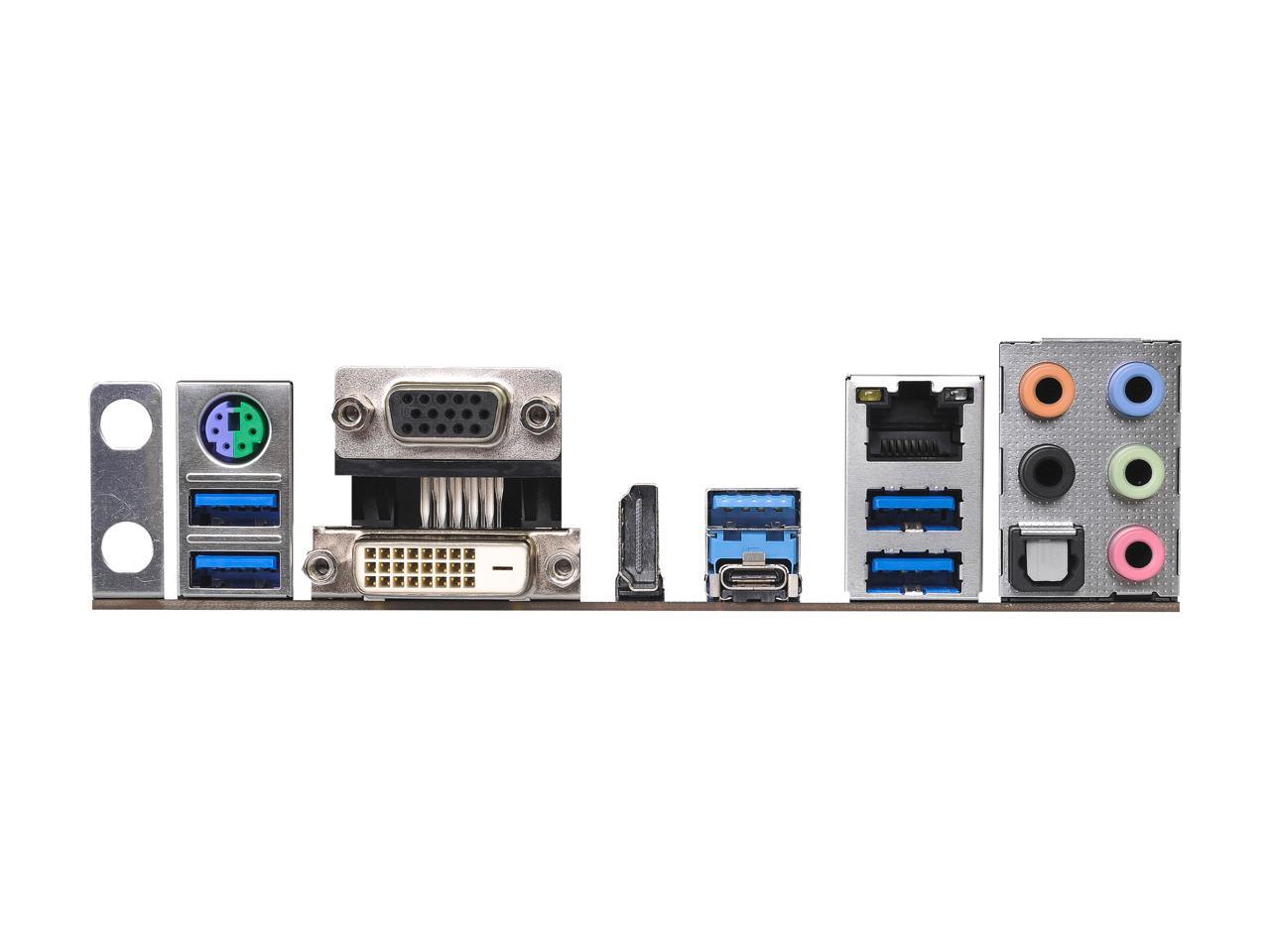 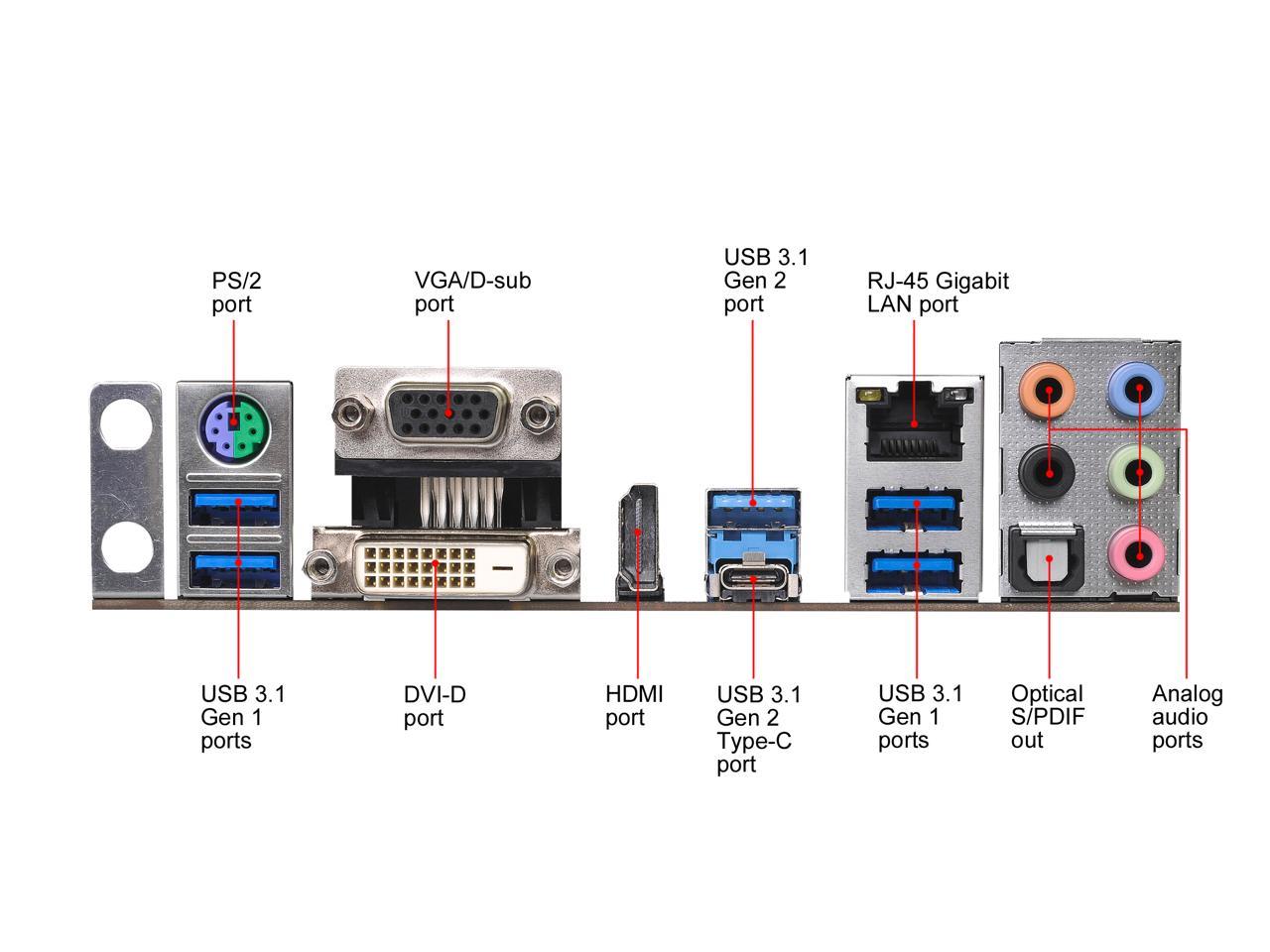 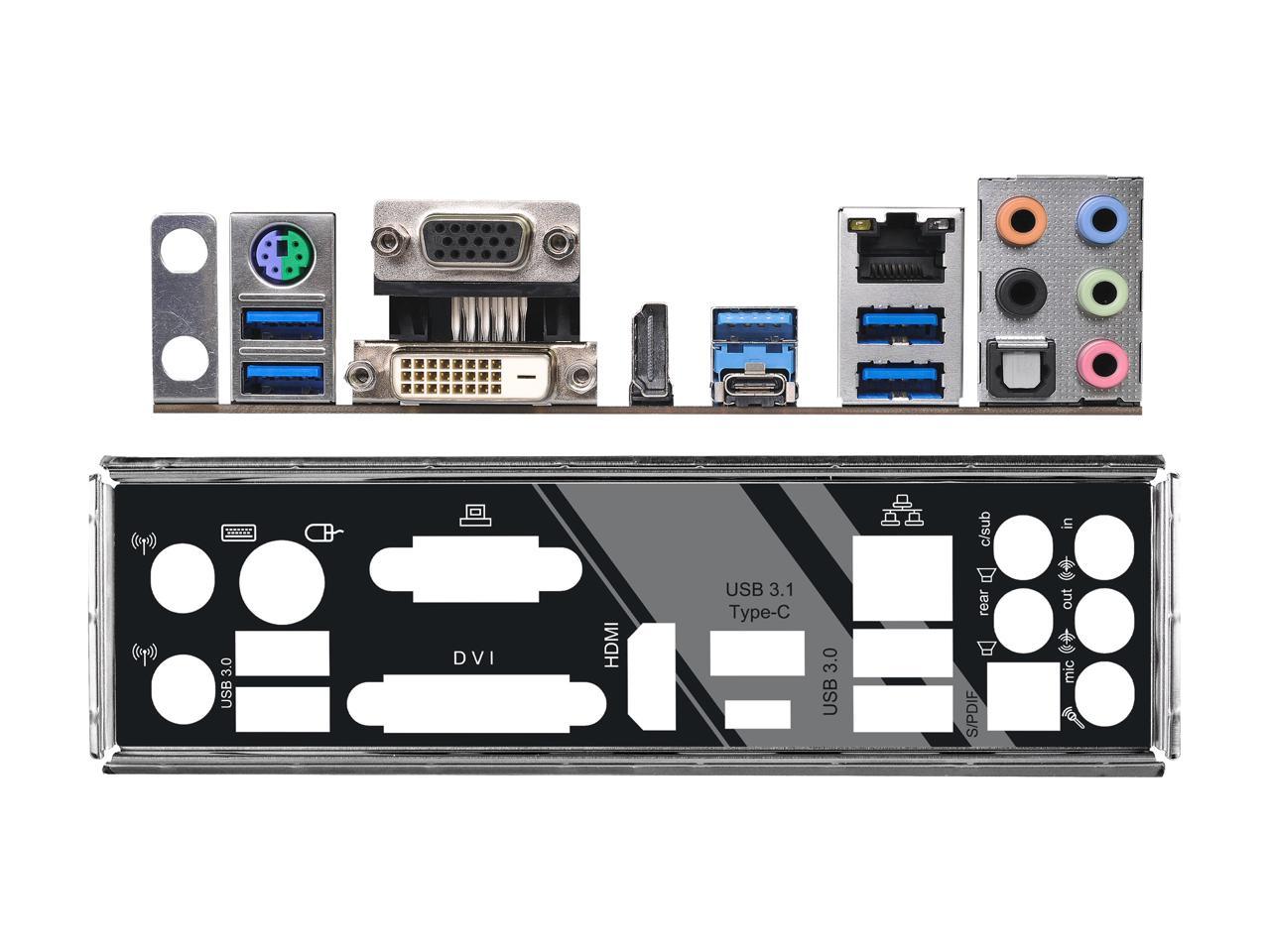 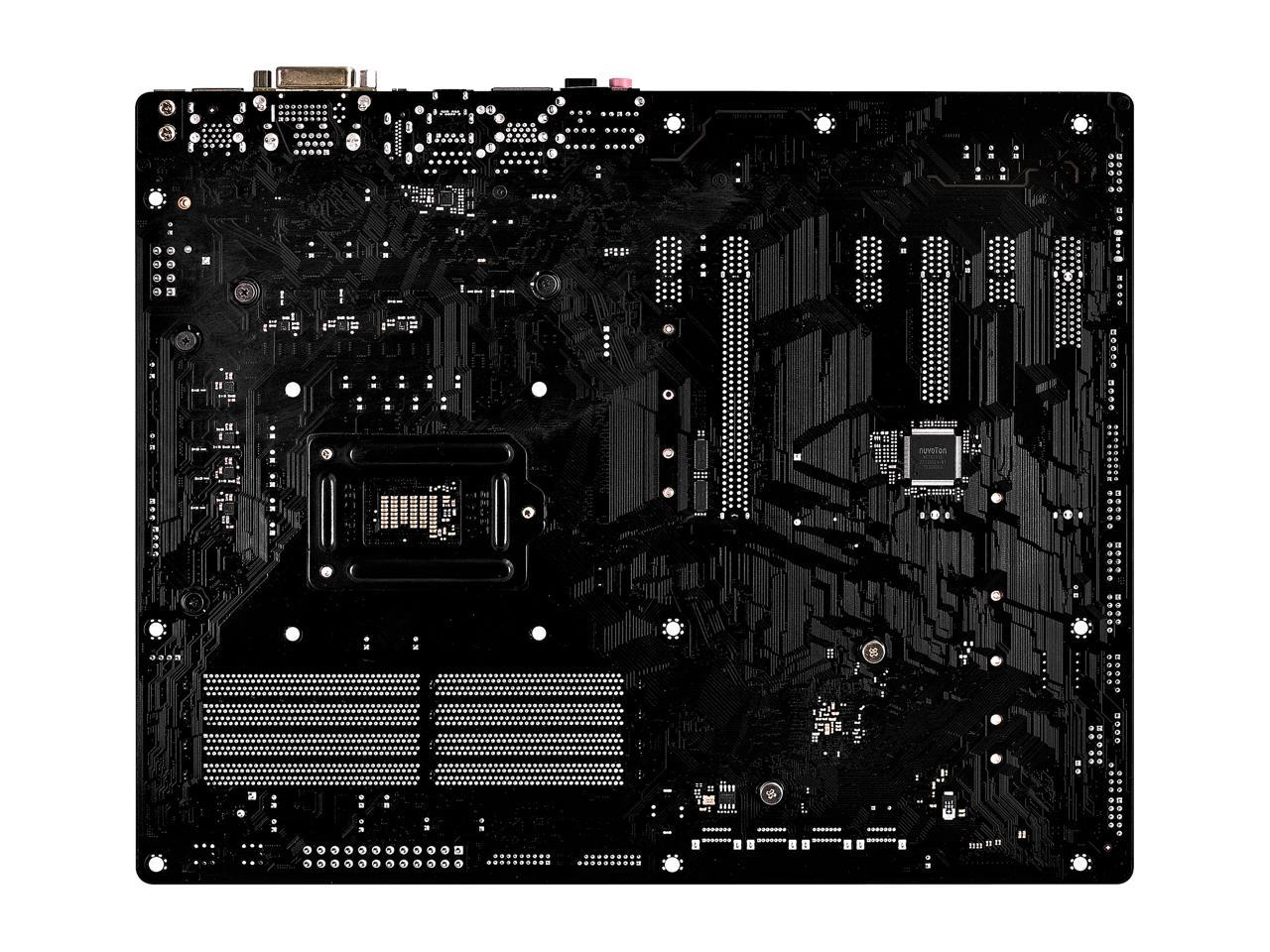 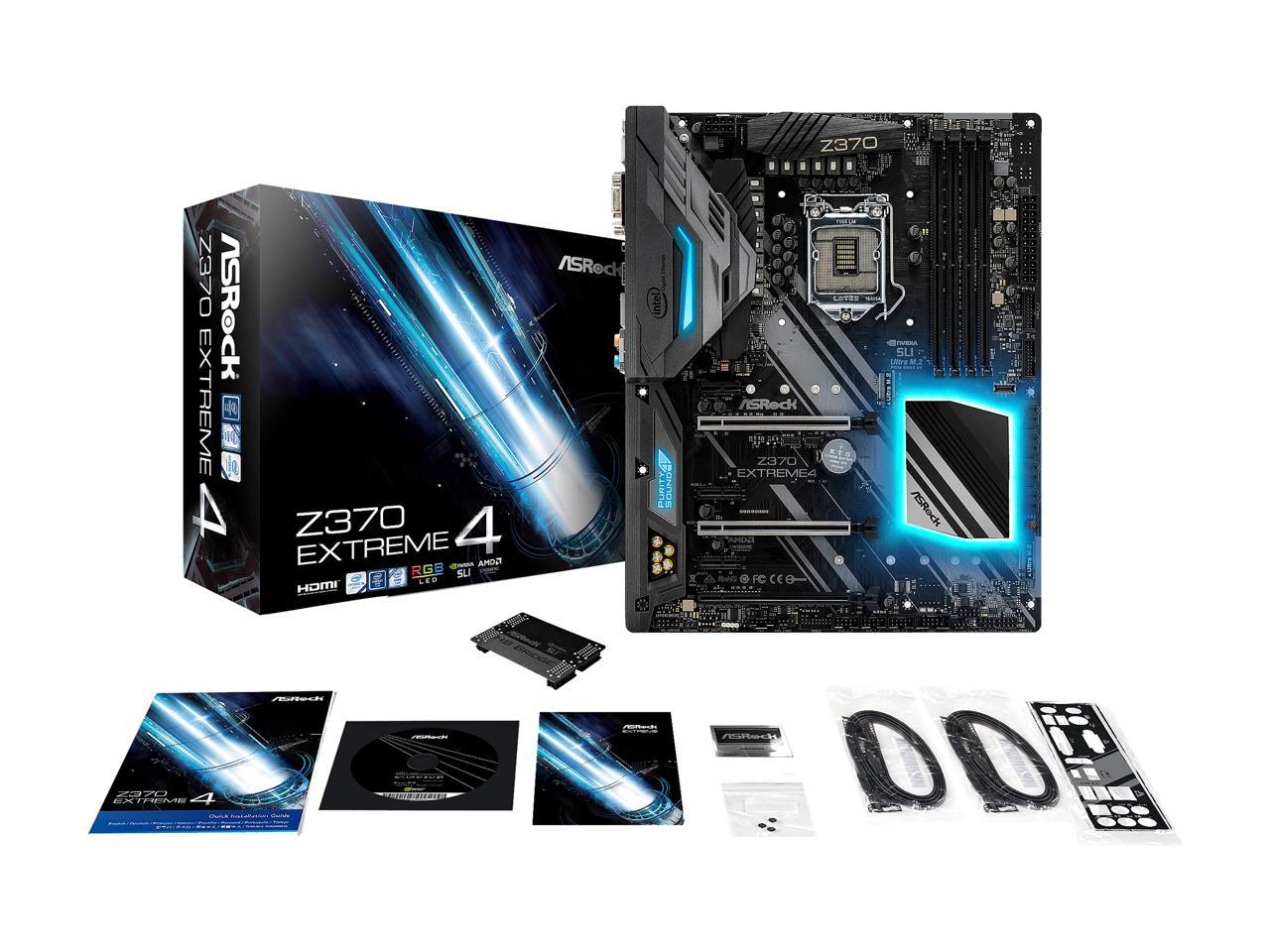 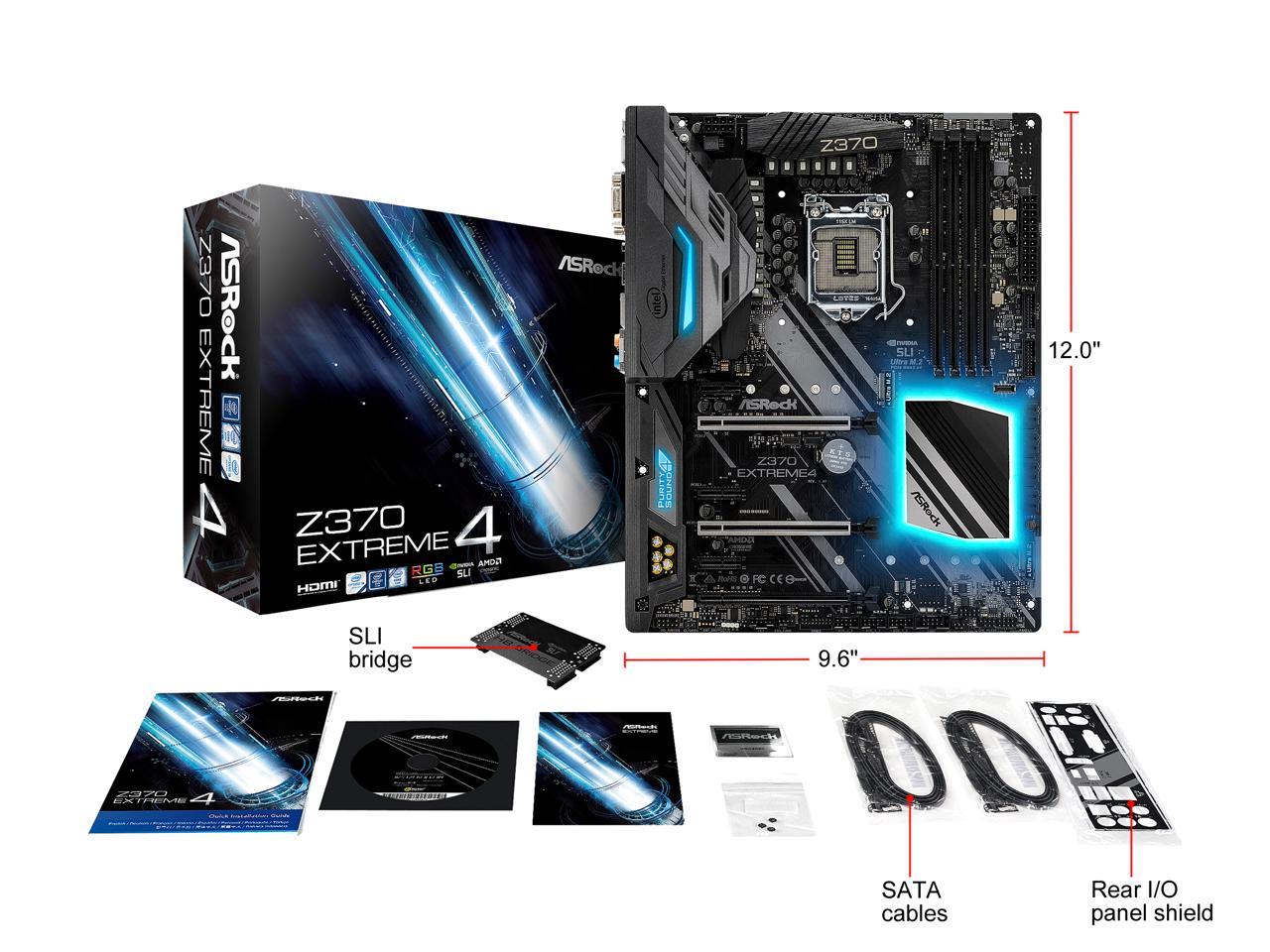 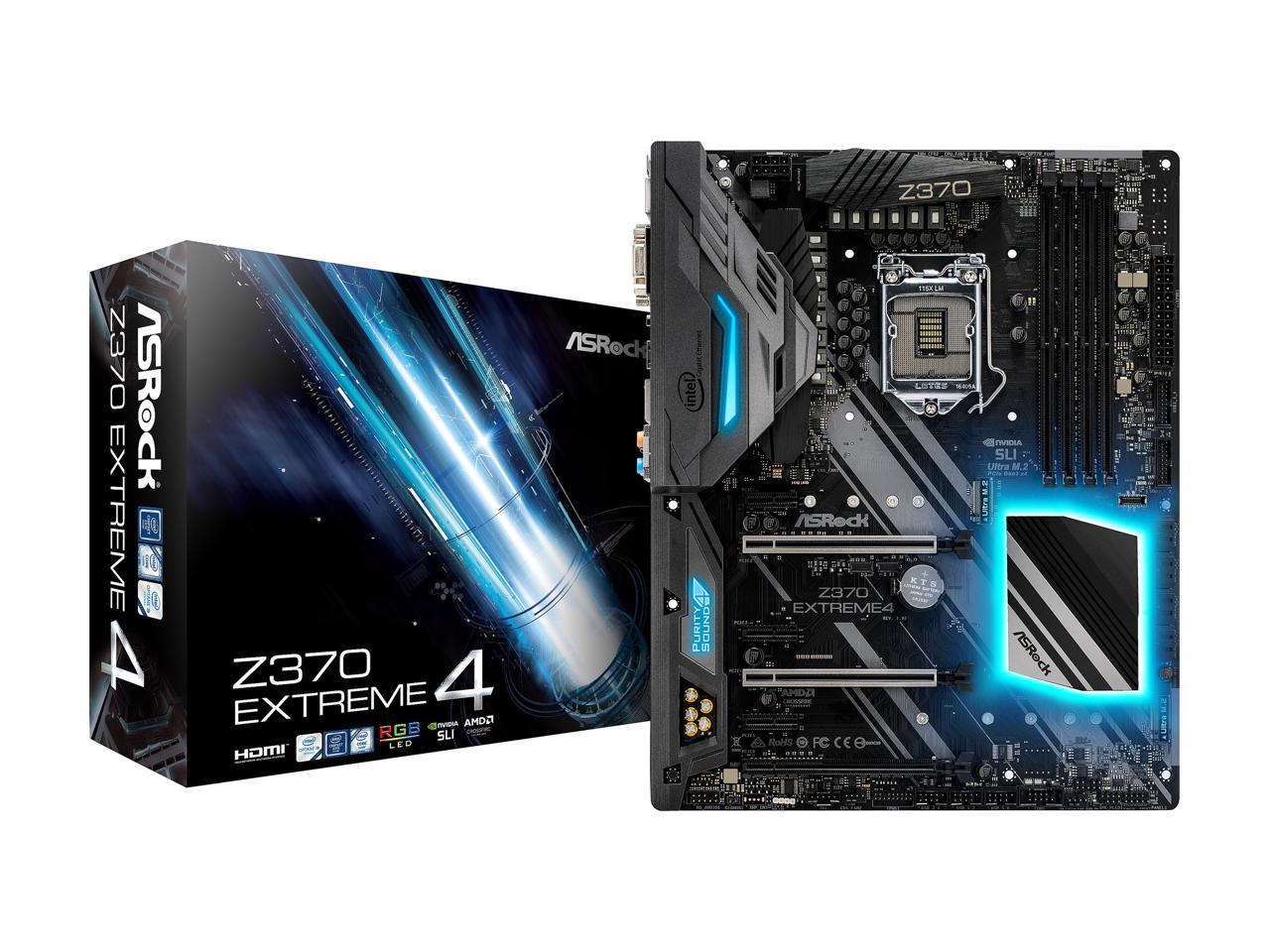 The advanced PCI-E Steel Slots packed with solid cover that prevent any signal interference with graphics cards. It also ensures the heavy graphics cards to be well-installed in the PCI-E slots safely.

A pair of onboard Type-A and Type-C USB 3.1 ports built on the rear i/o for supporting next generation USB 3.1 devices.

This header provides a maximum of 1.5A power for supporting the most popular water pumps.

Choose up to three display interfaces to connect monitors and use them simultaneously.

DTS Connect is a blanket name for a two-part system, including DTS Interactive and DTS Neo:PC, it is used on the computer platform only, in order to convert PC audio into the DTS format.

Pros: * It's been years since I've built an overclocked system. The UEFI on this board was a treat. It's intuitive and easy to use. I used very modest OC settings with a core voltage of just 1.250V, yet the overall system scores in the top 8 for all tests in the AIDA64 Extreme benchmark reference. For the FP32/64 Ray-Trace tests it was second only behind a 20 core Xeon system. I feel like I won the silicon lottery on my CPU, RAM and MB this time. I'm not competing with anyone, but getting high scores on the benchmark at voltages and temperatures where my system isn't cooking itself was my primary goal. I just wanted good performance from my investment. Mission accomplished. * Build quality of this MB is excellent

Cons: * The power LED is overly bright. With a smoked glass side panel, it's like having someone shine a laser pointer in your eye. I put a piece of black electricians tape over it and you can still see it. * Measured voltages on the board are a bit hotter than those shown through EUFI or HWINFO64. The delta gets greater the higher you push the core. (1.360V measured as 1.410V) Don't trust the software if you're going to push your system to its limit. I wouldn't attempt a serious overclock without a good multimeter.

Overall Review: * I don't think anyone uses the built-in overclock settings. There is a good reason why you shouldn't. They run way higher voltage than you need for a stable overclock. The potentially damaging built-in overclock configurations are marked in red. Don't use them. They're not optimal and you have been warned. If the settings aren't safe, they shouldn't exist as a preset convenience overclock configuration. Let the user cook their MOSFETs on their own. They don't need any help from ASRock. If you heed the warnings, this is a great board. If I had to build a second system, I'd start with this MB again.

Overall Review: -Not overclocked- 8700k -Was never able to hit rated speed with current ram kit TridentZ G-skill 3200mhz 8x2 = 16gb / despite being on supported memory list. / forced to run 2133 ram speed non xmp just to post. Tried • Unplug the ATX power. • Clear the CMOS. • Check the mainboard’s CPU contact pins are normal • inspect / Reseat the CPU & cooler • Test with 1 x memory again on those slots to verify. - When testing one ram stick in each slot / system would not post in certain slots and caused a short on one of my ram sticks damaging it. -Would not recommend. - I think the issue is a culmination of column A & B. The ram and mobo. Definitely did not win the silicon lottery here.

5 out of 5 people found this review helpful. Did you?
Manufacturer Response:
Dear Nick, Sorry for any inconvenience this may have caused you. . We will be more than happy to resolved the issue that you having on mainboard. Please contact us at http://event.asrock.com/tsd.asp We will assist you shortly. Thank you ASRock Support Tech Support Email: http://event.asrock.com/tsd.asp
Jason A.
Ownership: 1 week to 1 month
Verified Owner
Sleek and Sexy!...ASRock might have a new fanboy!4/17/2018 3:52:09 PM

Pros: -5 USB 3.0 ports and 1 USB 3.1 Type C port on the back panel plus 3 USB 2.0 headers, 2 front panel 3.0 headers and a Type 3.1 front header on the board -Plenty of room to add more storage -Very nice power phase design for this price -Bios is extremely easy to get around -No problems with XMP, but i also updated to the latest Bios before I did anything else -Overclocks my 8600K very nicely and is very stable -Plenty of fan headers for me -Good audio -Aesthetically the board is beautiful. Really love the black and gray color scheme. The RGB is very well implemented on the board to where it's not overpowering and gaudy.

Cons: Absolutely none so far

Overall Review: At $160, I don't think I could have found a better motherboard. I've built PCs for other people with ASRock boards but this is the 1st one I've bought for myself and I couldn't be any happier with my board choice. I'm a longtime Asus ROG fanboy, but to get the same features on an an Asus board that I have on this ASRock board, I would have had to spend an extra $30-$40. I would definitely recommend this motherboard to anybody looking for a sub-$200 board.

Pros: Took my 8700K up to 5200 MHz at 1.37 volts. Took my G skill Trident 3000 cl14 32gb memory to 3900 MHz cl16. I am #6 from the top in Passmark’s overall system benchmark 9536.9. All my settings are done manually so I have full control over the board. I’ve been using the Asrock Extreme6 ever since the end of the P45 line But unfortunately no more Extreme6. I had no doubt that the extreme4 would work fine even if I couldn’t push my system as much as a higher end board would do. But how much more? Maybe 100 extra MHZ on the processor and maybe a little more on memory, not worth it.

Cons: Ugly red power light on the board

Overall Review: Asrock took down there 1.40 bios only a couple days after it was released. I don’t understand why they did that because it works great on this motherboard, best out of all of them

Pros: - Stable with an 8600k, G.Skill Ripjaw V 2666MHz (not on QVL list), and an ADATA M.2 SSD. - UFEI is quite nice and easy to use. - Drivers are easy to find on the vendor website and all install without issues

Cons: - It was a tight squeeze for me to install the CPU power cable once my CPU heatsink was on since it is right by where my case fan is on one side, and my heatsink on the other - The sata ports are somewhat covered if you have a larger GPU, so its a bit tricky to install a new sata device if your GPU is already in

Overall Review: - If you haven't built a system recently, the super small screws that come with the motherboard are for the M.2 drives for when you tighten down your M.2 ssd. I was trying to use a screw from my case and it was not going well. My fault there.

Overall Review: This is probably the best Z370 motherboard you can buy below $200. Solid stability and overclocking support, a great BIOS and aesthetically pleasing too. ASRock has an absolutely solid motherboard right here.

Pros: I had no problems installing or booting into Windows Really nice looking board, very color neutral board so it will match well with most hardware if you care about aesthetics UEFI is very simple and clean looking USB Type C port 2x M.2 slots

Cons: The worst thing about this board is the bright red BIOS LED that can't be changed or turned off, it clashes with the colors of my system (black and white build) The LEDs aren't very bright and the software for them isn't very good, but you should only have to use it once to set them to off or whatever color you want. No on-board WiFi if you need that

Overall Review: I would recommend this to anybody looking for a solid motherboard with a reasonable price.

Pros: - Sensibly laid out and plenty of room make for an easy build. (My 12 year old actually did the build.) - Installed WIndows 10 on bare machine before adding GTX 1070. No problems when introducing the video card.

Cons: - Haven't run into any, but my needs are simply - put it together, turn it on, use it.