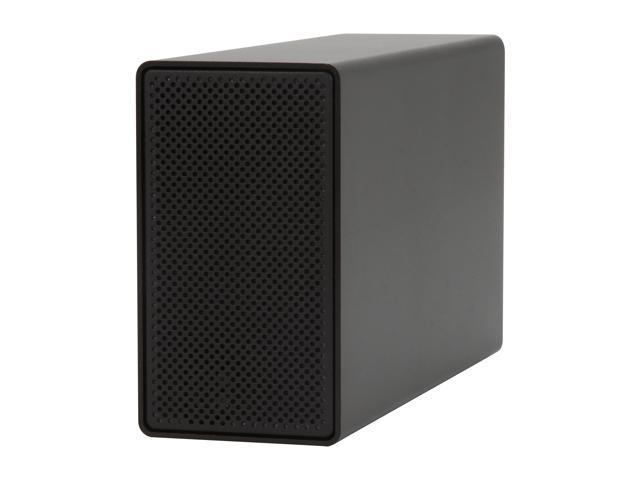 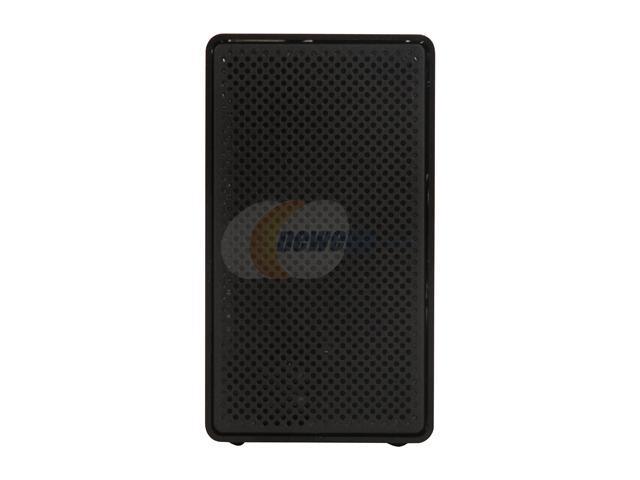 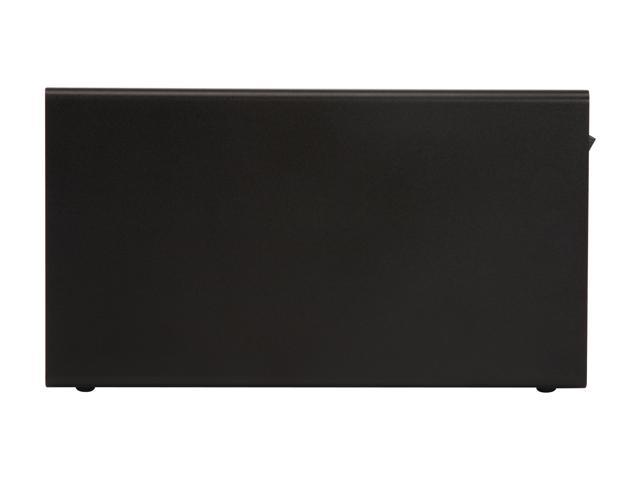 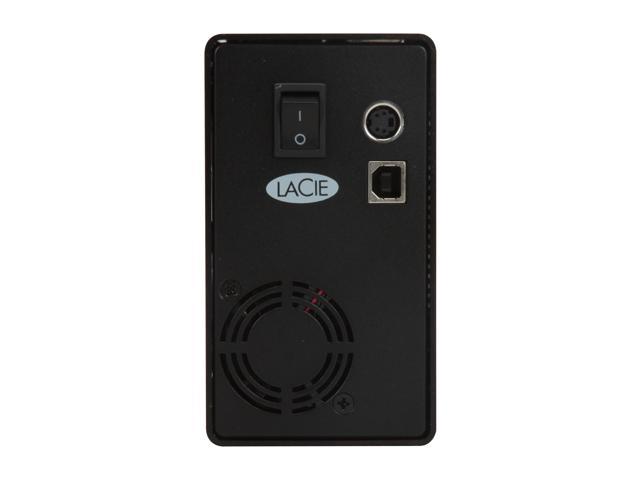 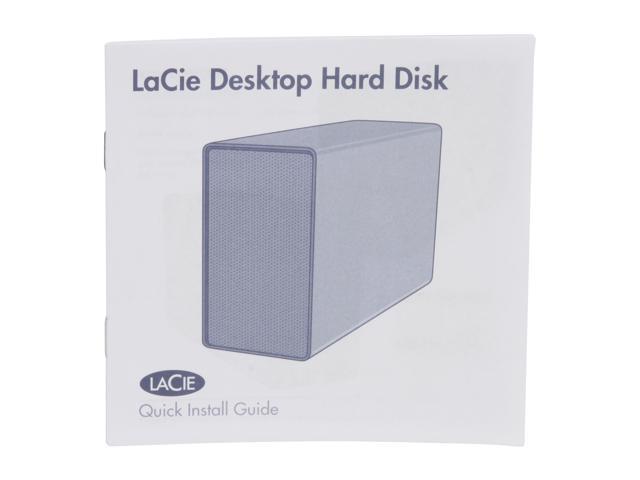 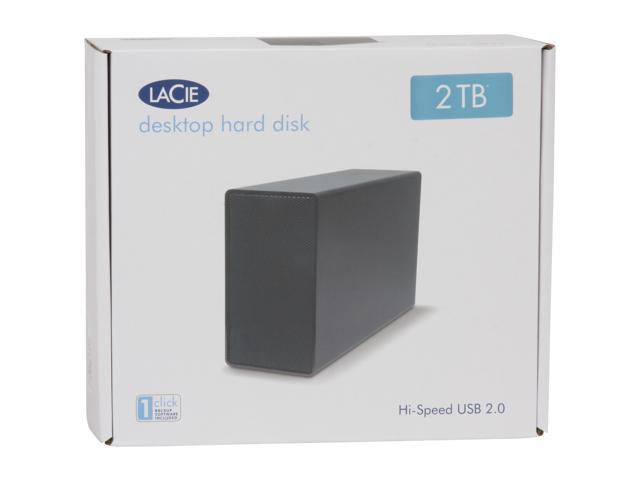 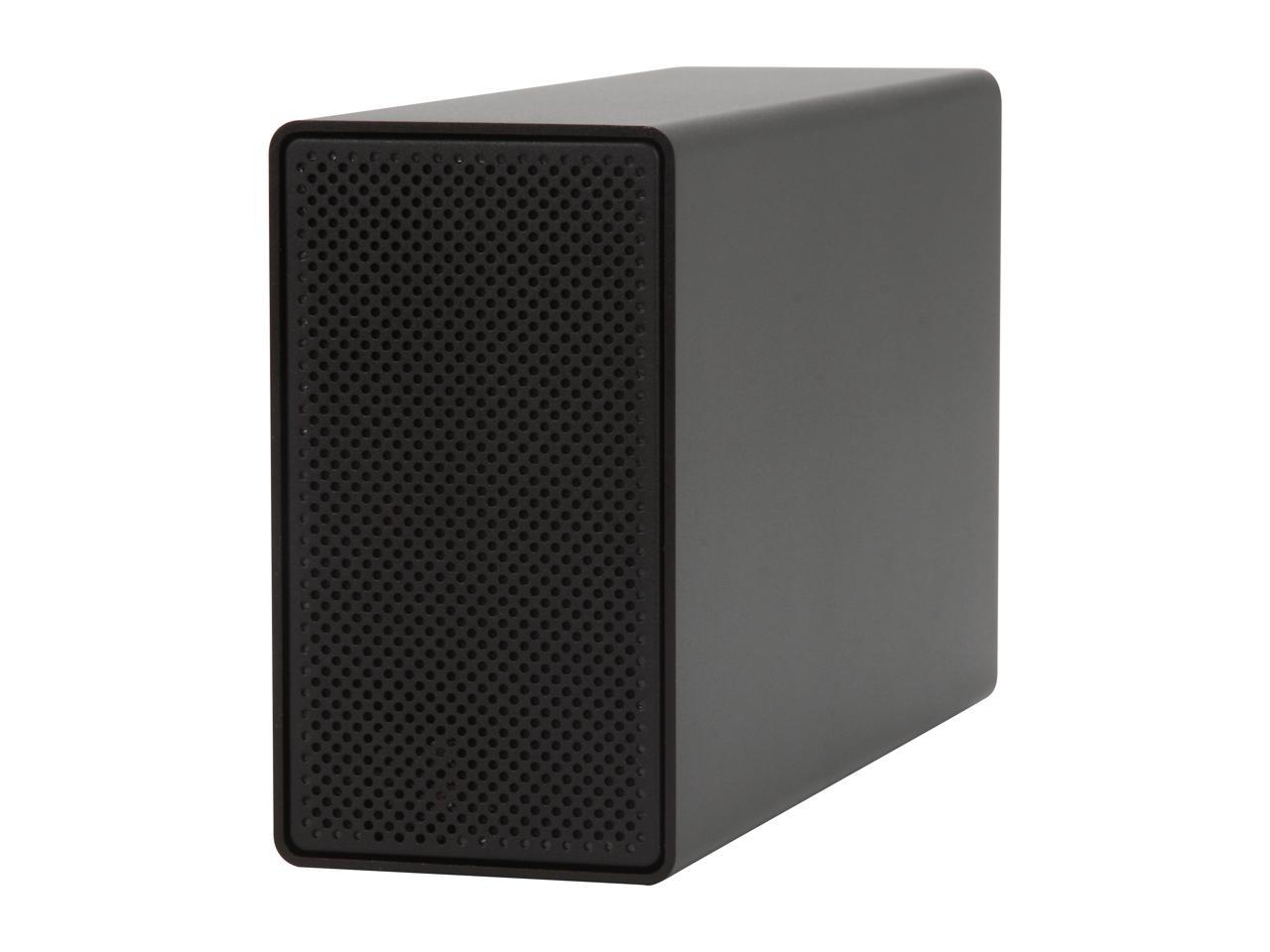 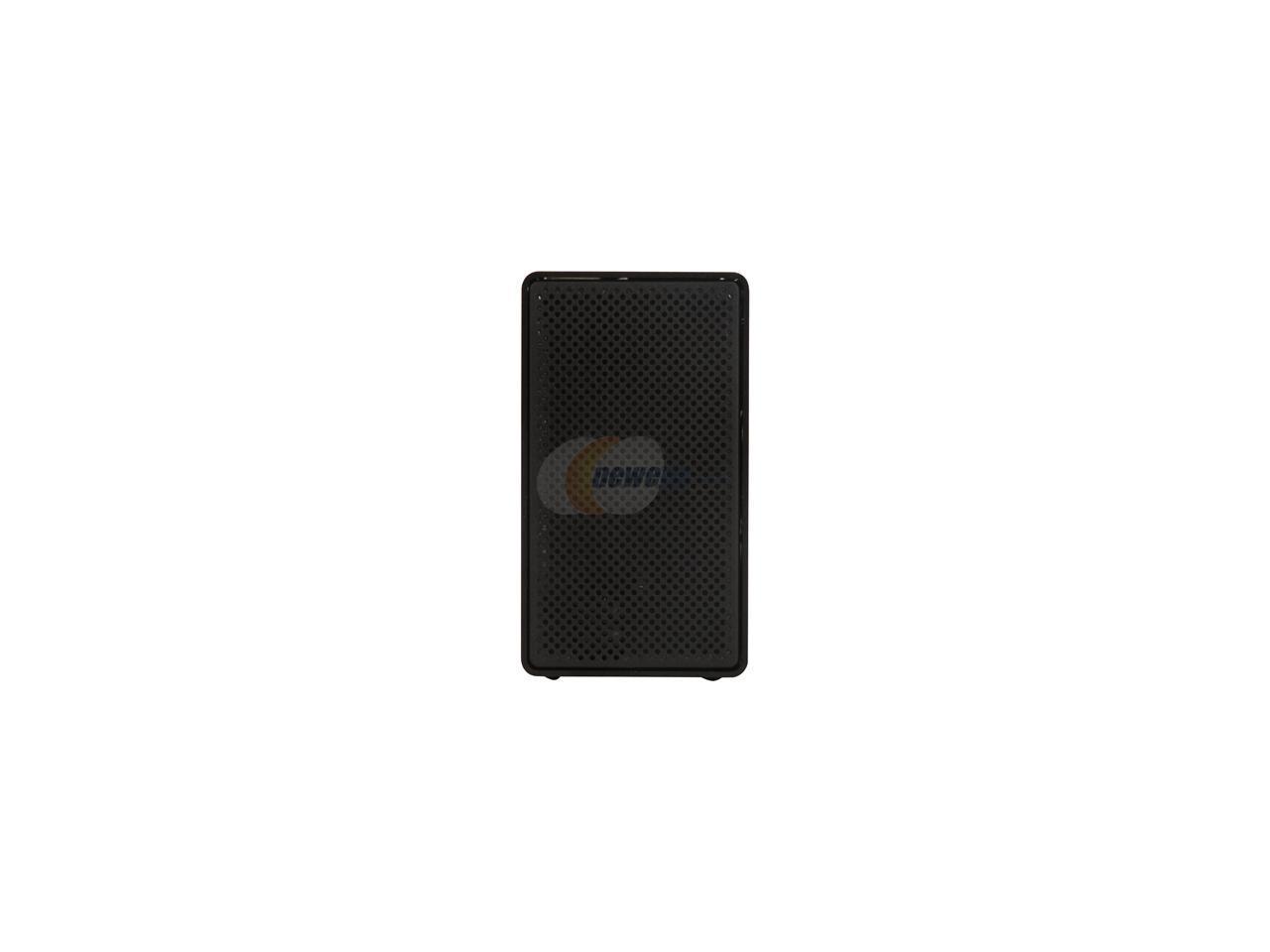 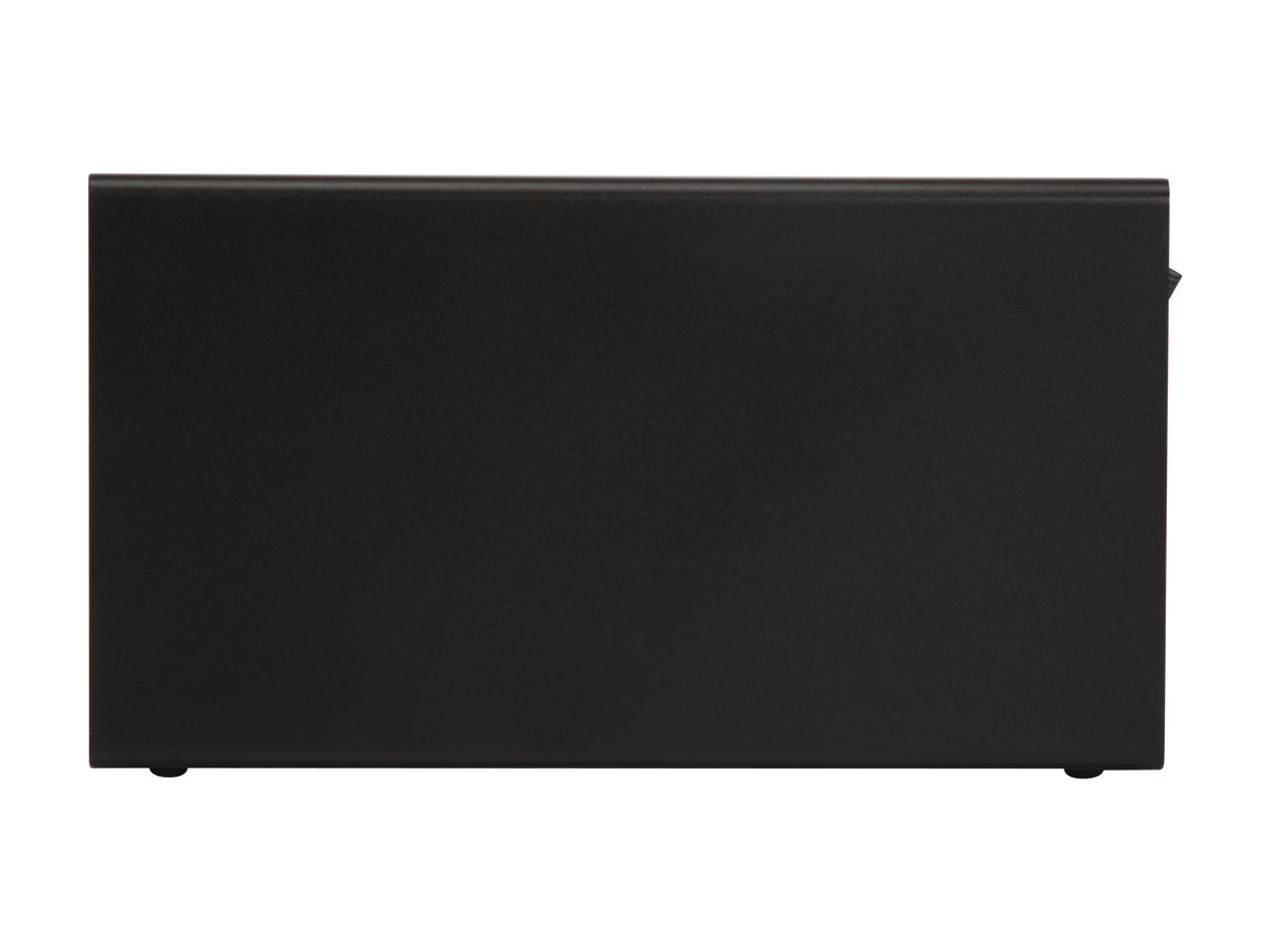 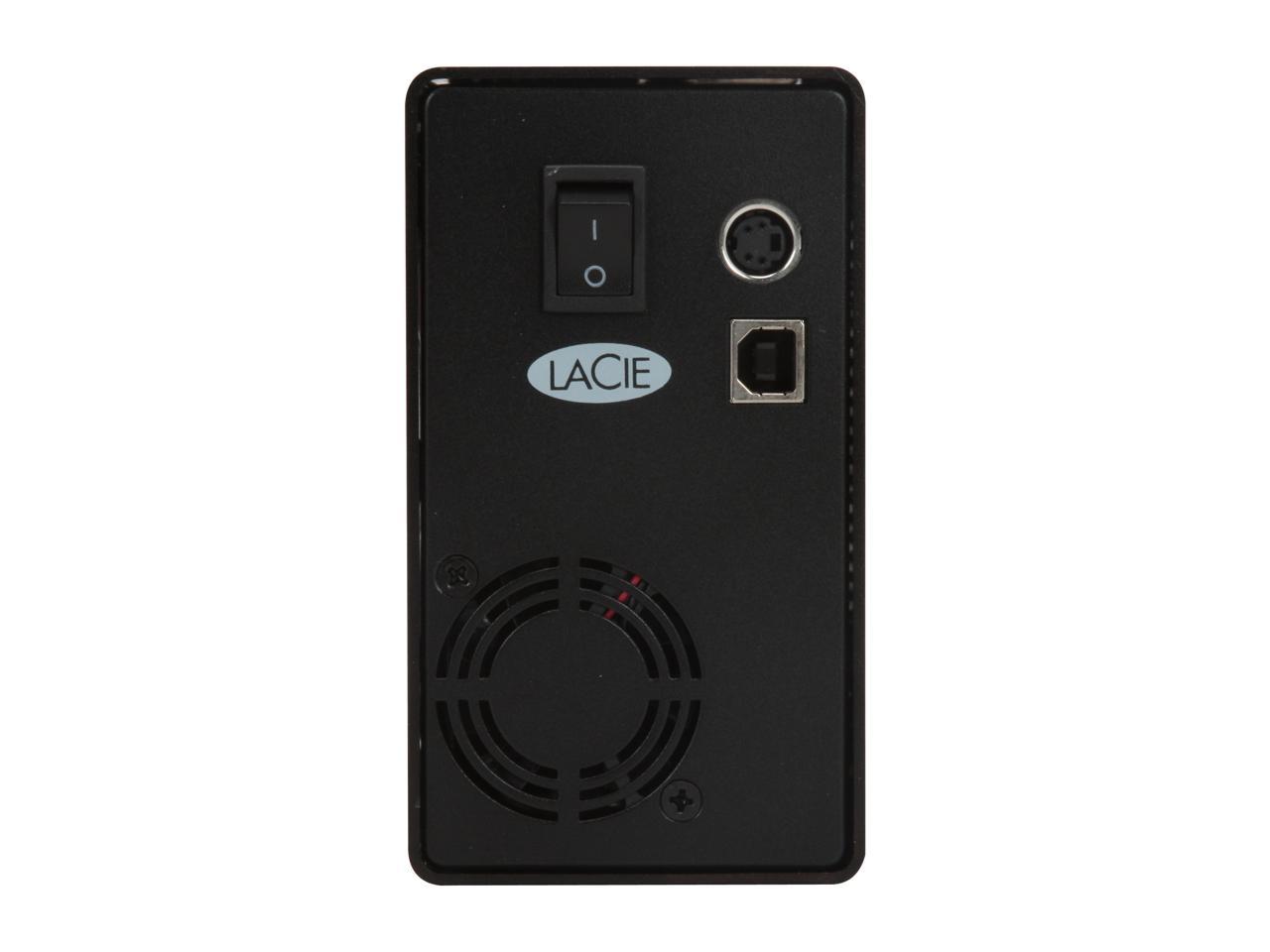 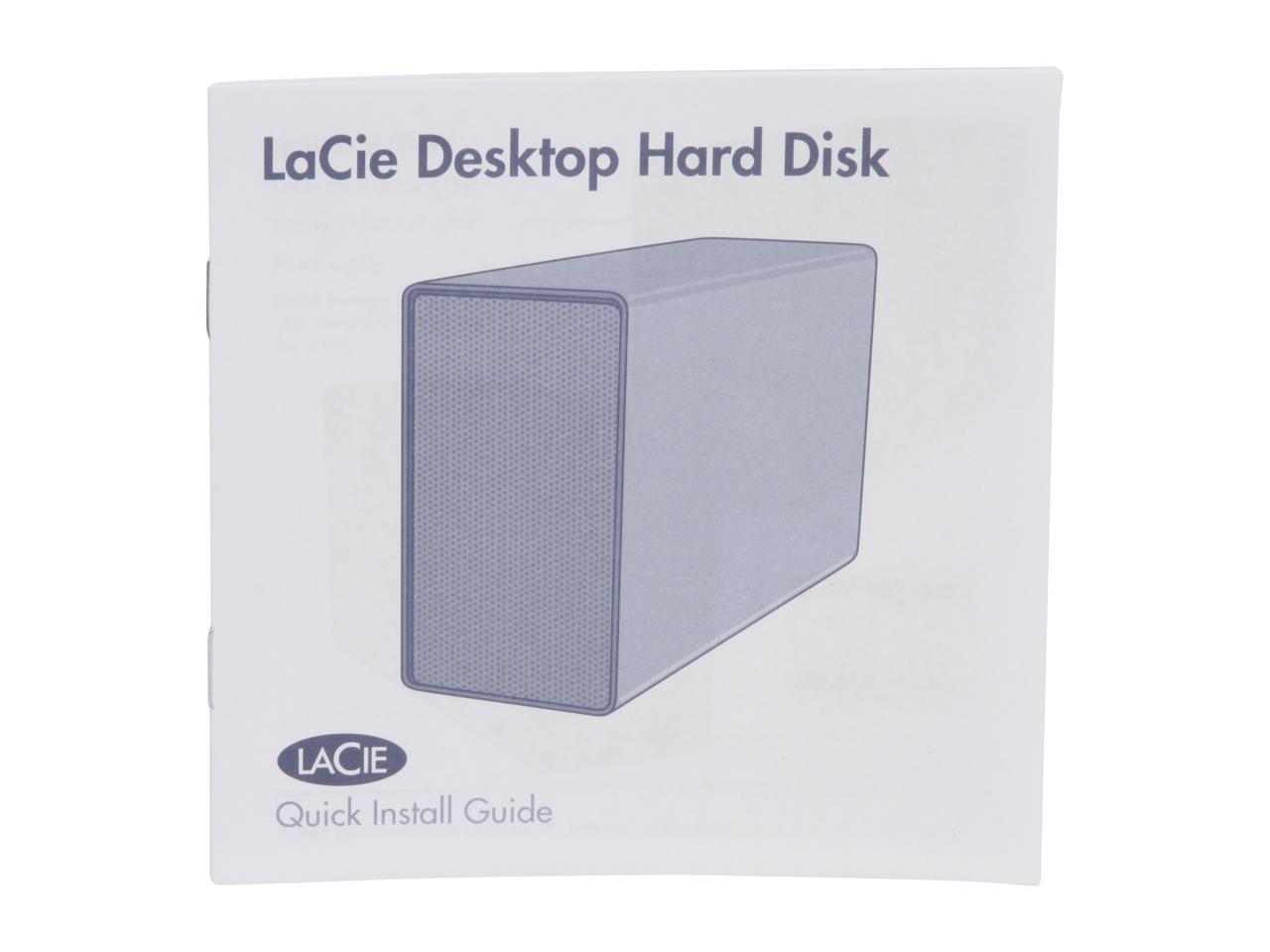 (19) Write a Review
OUT OF STOCK.
Overview
Specs
Reviews

The user-friendly LaCie Desktop Hard Disk is easy for anyone to set up and use. This high-capacity, cost-efficient storage solution comes with USB 2.0 for connecting to your PC or Mac. Plug & play, it is ready to use seconds after removing it from the box. Compact for its enormous capacity, it takes up relatively minimal desk space and blends into any work environment.

Pros: Let me say this, Its 2TB. I mean... really... that is a pro in all it's glory. Pretty darn fast too if you ask me. I would have liked to see e-sata but I knew about the lack of it when I bought it. Its right for the price. Sturdy. Nice metal case. Probably could throw the thing and it'd still work (I don't recommend this...) The warranty that comes with this thing is 1 year, plus 1 year of online backups... which is freakin' sweet. that way if ya screw the thing up, you can just retrieve your data online. Nice little perk.

Cons: Some of these people might think are cons, some might not. Here are just a few points. Its loud. And I don't mean just when the fan kicks on. It sounds like a computer all in itself. Also when the fan does kick on, its like twice as loud. Nothing I can't deal with though. Also... The hard drive itself makes some old school hard drive noises. Kinda freaky at first but ya get used to it. Although I admit, I'm working it pretty hard right now.

Overall Review: Other than what I listed, there's a few things that are neither pros or cons. The size of it is large, not huge but bigger than most external drives. This has to do with the fact that there are 2 HDDs plus a fan in there. The light just looks stupid. Not that I care, but its at the very bottom, and its not even centered. Not too bright, not to dim, just right on the plus side. USB cable that came with it, Mad small... But I have others so I wasn't concerned. Probably about a foot in length -- maybe a little longer. Great deal for the buy, I would have bought two, but I don't need much more than this (Although I say that now and next week this thing will be full). I will review it more in a few weeks since this is just my initial thoughts.

Pros: Lots of space (1.81 TB after format). I've left it running for a week solid and the case hardly gets warm and I've got it in a fairly enclosed area. It took just a couple of hours to send over 300gb to it.

Cons: Fan comes on pretty often and is a little loud but for a drive this size I can live with that. It comes formatted in a raid 0 config w/ a fat32 file system. It took all night to reformat to NTFS.

Overall Review: After reformatting to NTFS file system I've been pleased w/ this drive. I've streamed movies and music from it w/ no hicups what so ever. Gave it 4 eggs for the fat32 file system and having to spend the time to reformat.

Cons: 1. The fan is noisy. It is not ON all the time, but when it comes ON, you can hear it make a loud buzz. 2. The disks are relatively quiet, but you can hear then spin up and the case vibrates. If you keep it on a table, the rubber feet are not enough isolation, and you will hear the table buzz a bit. 3. Power consumption is 25 watts when in operation, and 2 Watts when the power supply is plugged in but the disk switch is OFF.

Overall Review: I wanted to use this as a video storage disk for my home theater, so quietness and speed were very important. The speed is good enough for streaming HDTV programs. But the fan noise is unacceptable for this application. I am going to try to find a quieter fan if possible, or unplug the fan and see how hot it gets.

Cons: Die on the 29th day from the date of purchase.

Overall Review: I only used this drive maximum of 12 hours in the span of 29 days. Turned it off when not in use, and one day the dreaded red light came on indicating "drive failure", and that was it. Lost all those media files, pictures, etc. Extreme poor product from Lacie, buyer beware.

Pros: Does what it is supposed to do. High capacity. Good price.

Cons: The discs themselves are already noisy, but the fan is very noisy. It jumps on in short intervals during operation, ca every 30-60 seconds. Comes preformatted with FAT 32.

Overall Review: Given the noise levels, this drive is suitable only for backup purposes. If you are looking for continuous use, you are better off with Acomdata's 1T "Pure" drive. Silence is bliss...

Pros: This hard drive has the best performance of any external USB hard disk I have used. It reads faster than flash media, and it is up to par with the internal hard drives on several newer model laptops that I have used.

Cons: A little heavy, but there are 2 full size hard drives in the case. I carry it around with my laptop.

Overall Review: I currently have linux installed as a diagnostic/backup OS on the first 3 partitions of the drive (/, swap, /home) and the rest of the disk formatted as NTFS for storage/sharing of music/videos. Has performed flawlessly under Windows 2003 Server/XP Professional and 2 flavors of Linux.

Pros: I own a cavalry 2TB drive and compared to that one, this one runs significantly cooler. The footprint on this one is small, but it feels sturdy and strong. I just got it, so i'm hoping the life of the drives inside have a good run.

Cons: I noticed when i first powered on the drive, i heard a few clicking sounds which seemed to come from the drives. Nothing bad so far, recognized as one 2TB drive, but just concerned me at first. I tried powering it off then on again, and no more clicking. I'll have to keep an ear out for that.

Overall Review: It has a bright blue LED on the front that doesn't bother me, but if this is for a room where the lights are out (like a movie room) then it might be distracting. Nothing a little black electrical tape couldn't fix though since the front grill is black. It also looks like you can remove the front grill and maybe even break the LED if you were so inclined.

Overall Review: Reformated to NTFS, one of the drive inside failed after two hours (clicks of startup, then red drive failure led). Did get it to reformat to 1gb, no diagnostic s/w provided to see what the problem is.