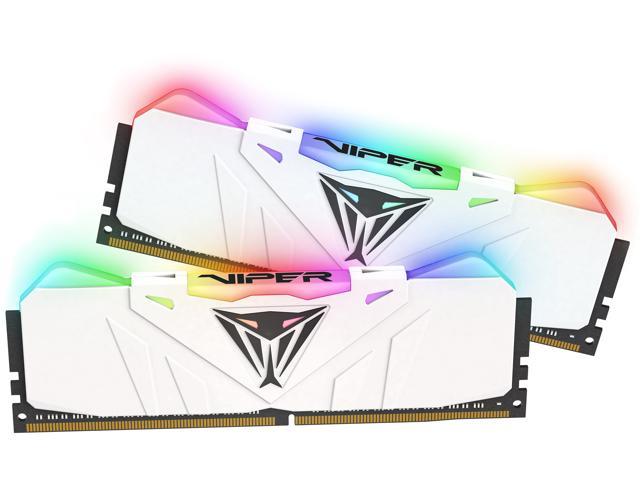 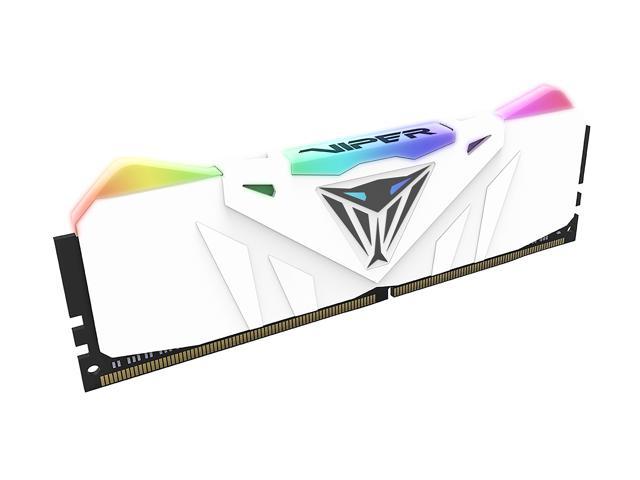 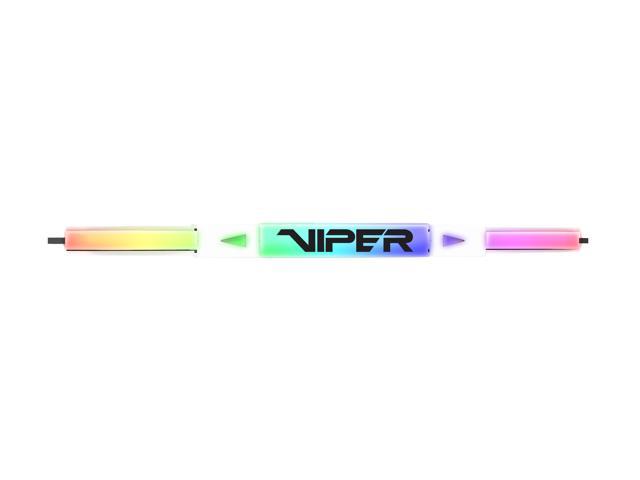 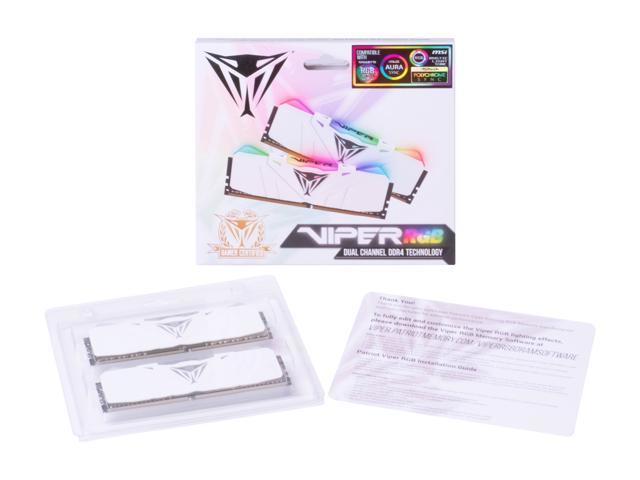 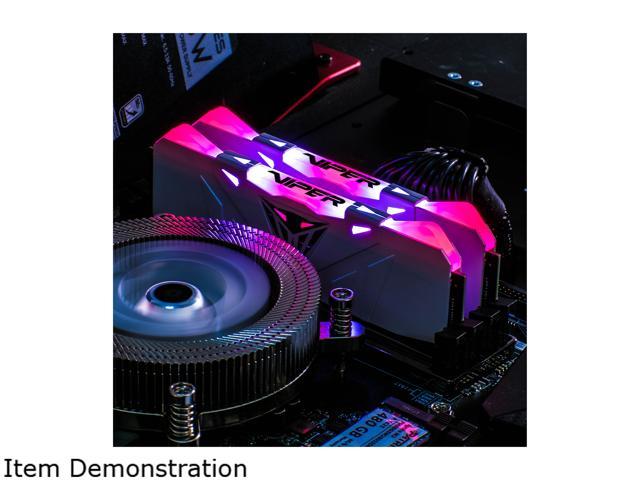 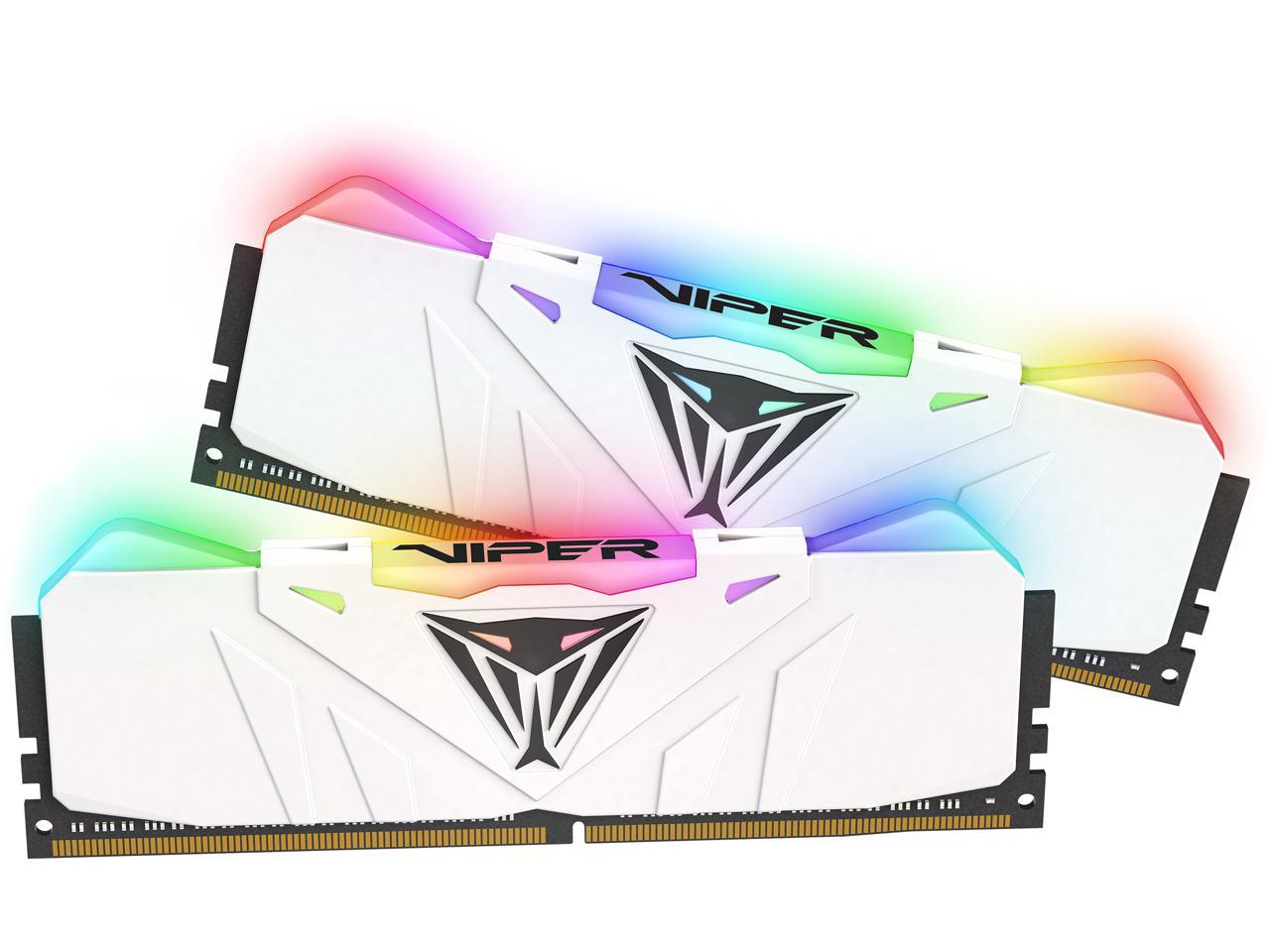 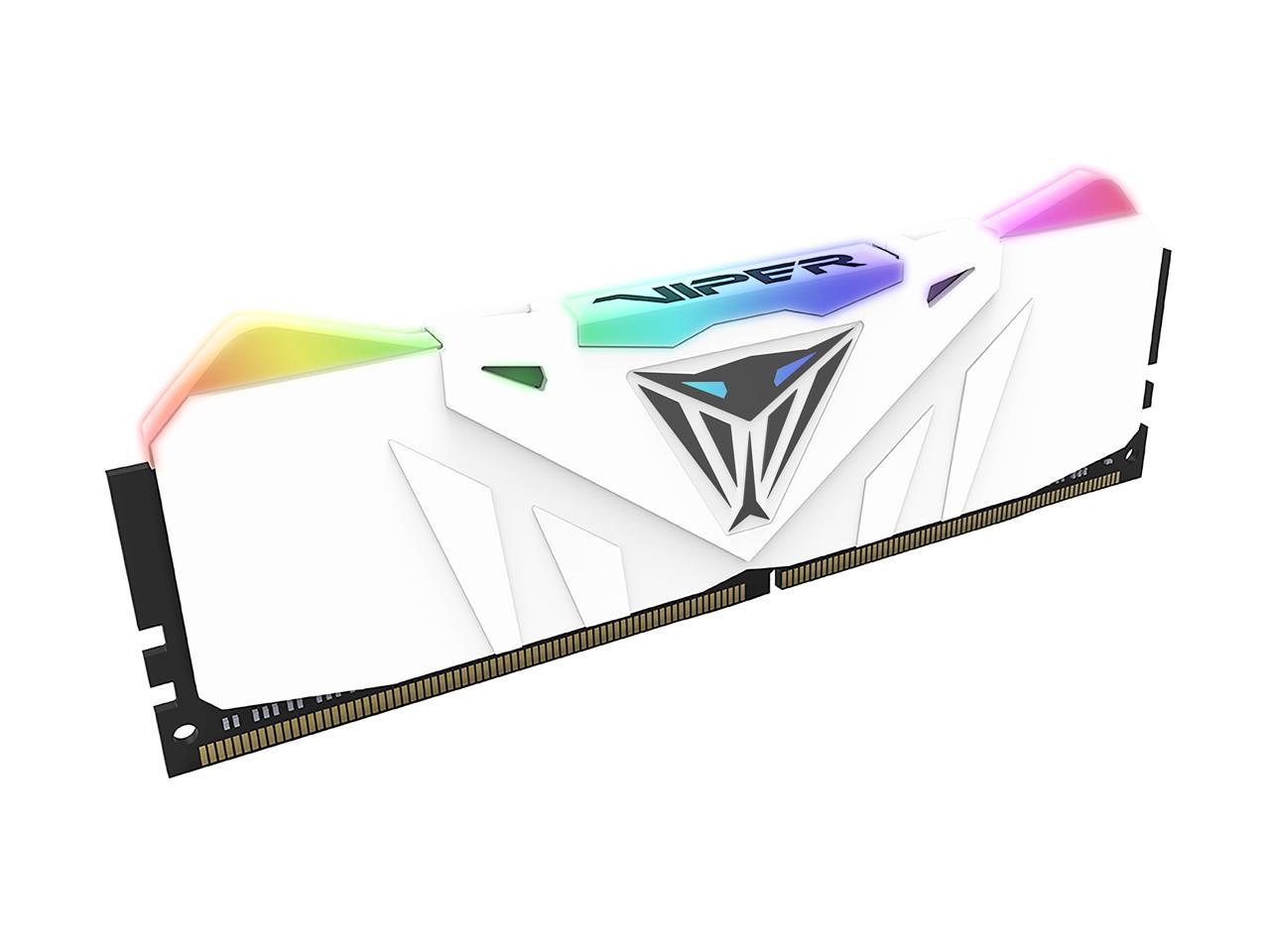 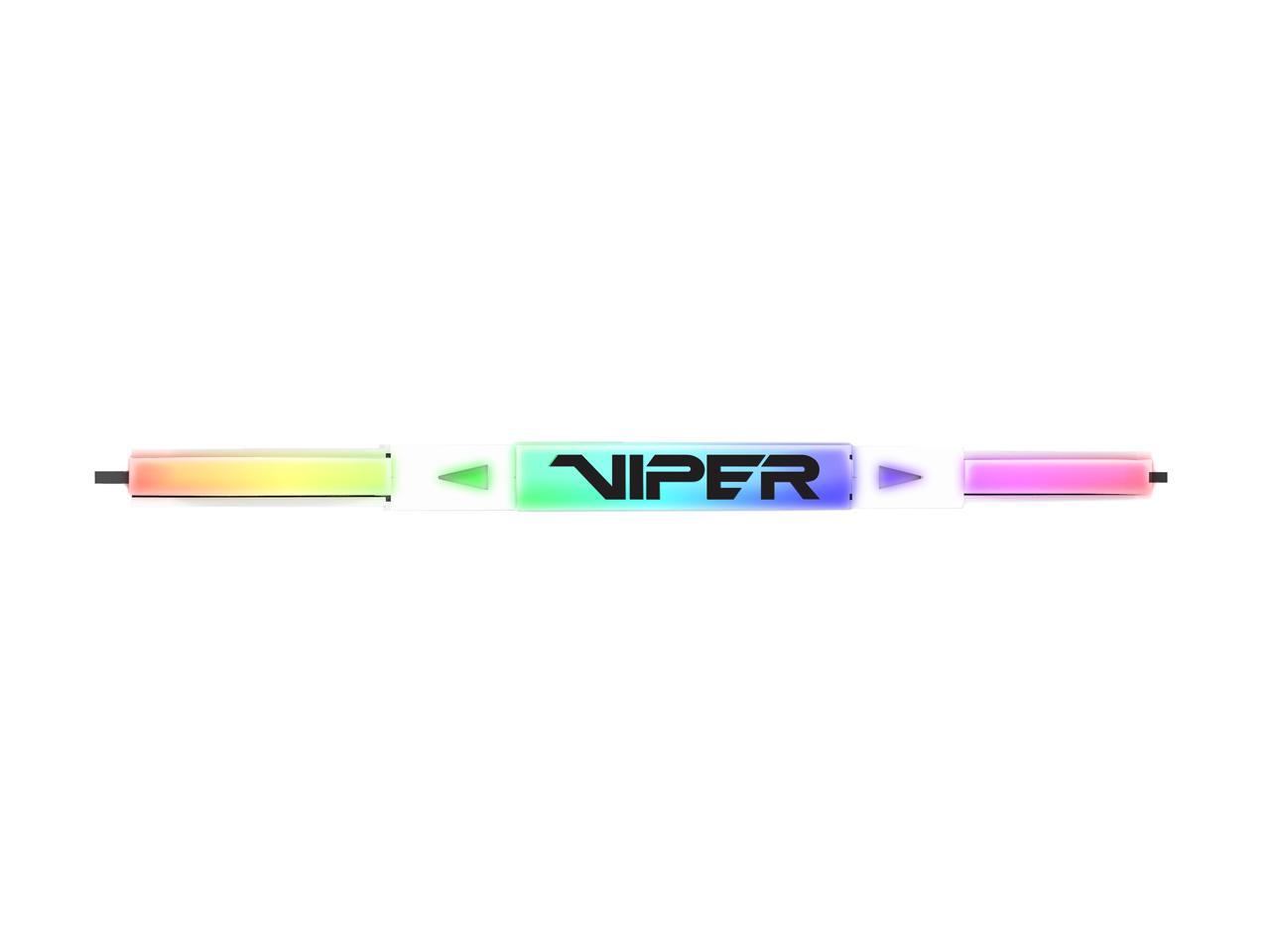 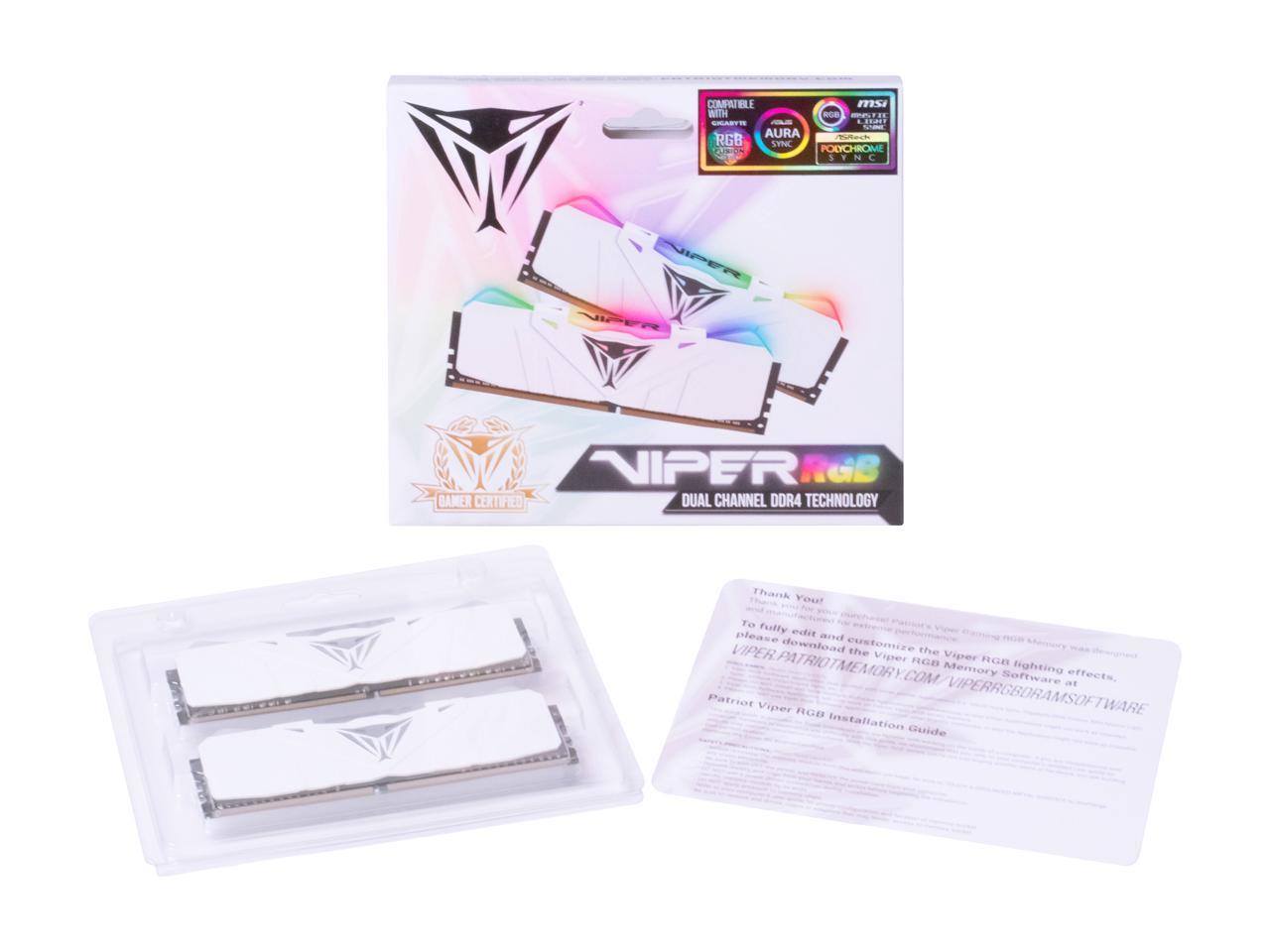 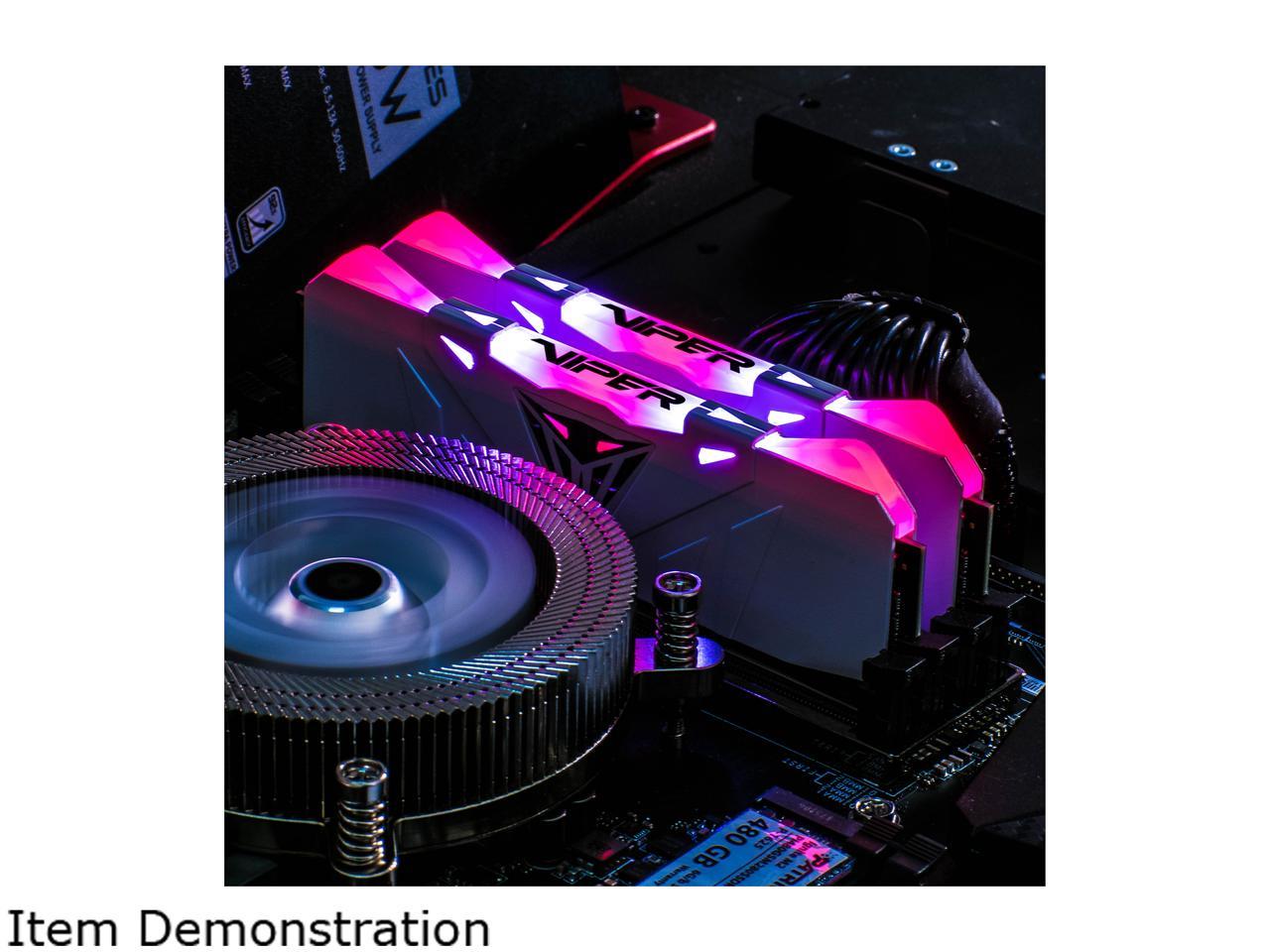 Cons: the app, it can be better, maybe when minimize, it run on the background. because if you dont have the app open the aurora effect will fall out of sync within 30 secs. it might bother some people. it did bother me a little to begin with, but then i actually like the fall out of sync better than in sync.

Pros: Works on my X570 taichi board. I can get 4000Mhz using preset. Fits under my massive Noctua NH-D15 cooler.

Cons: None unless you hate RGB

Overall Review: I bought this after looking over other kits from G.Skill and Corsair. I purchased 2 kits for 32gb of goodness and have had no problem running at XMP4133.

Pros: Runs at rated 3200mhz in my Ryzen system and RGB's look really good with my RGB cpu cooler.

Cons: - Price,...(honestly I am so pleased with this memory I could care less at this point) - Patriot,...(never in a million years would I ever have imagined giving any Patriot product a perfect review)

Overall Review: ~System Specs~ - AMD 1800X @ 3.9GHz (Processor) - Be-Quiet Pure Rock Slim (Heatsink/Fan) - Gigabyte X470 Aorus Gaming 7 Wi-fi (Motherboard) - Patriot 16GB DDR4 4133 @ 3333MHz (Memory) - Corsair HX850i (Power Supply) - Samsung 960Evo M.2 500GB (Hard Drive) - Asus GTX-760 OC @ 1353MHz (Video Card) - Custom Made (Computer Case) - No Case Fans No Additional Cooling - Acer EB490QK 48.5" 4K (Monitor) - Coboc CL-DP-HBR2-15-WH 15' (Display Port Cable) ~Note: I have a lot I need to do on cooling and etc. So with that being said my overclock speeds and etc. are very basic. I have not even attempted to overclock further then what I have listed. I am confident that I can get the ram speed higher with the cpu and motherboard that I currently have. I realize my video card is the weakest link. I been waiting on the GTX-1180s to come out. "Also most products have been purchased from Newegg." ~Special Note To Patriot: You guys have hit this one out of the park. You guys have done a exceptional job. If I did have a complaint it would be the "Viper" writing on the top. I can live with that though. I have used your products in the past on customers builds. I have never been impressed with anything you guys have made over the years. I definitely would have never used your products in my personal rig. "So with that being said you guys have definitely raised the bar!" (First one to review,...that's surprising,...maybe I will actually get a Egg Point,...doubt it but hey I can dream can't I,....) ~David S.~ "Thank you very much for the kind words,...the Ryzens do not support ram speeds @ 4133, I made the choice to go with the faster ram with future upgrades/builds in mind,..."

Pros: I have tested Both sticks of RAM several times using MEMtest86 V. 8.4 continuously utilizing all of its available tests with the DDR set to its XMP1 setting. Both sticks performed flawlessly and their temperature was lower than I expected. I have not had any issues with Windows 10, any applications including games.

Cons: One of the sticks lighting will only work if I let the system run for a while and then turn it completely off for 10 seconds or so, then turn the system back on. This will not work for a system reboot. I have to turn the system off for this to work. I have moved the sticks around to other slots. This issue stays with only the one stick. It is not slot dependent.

Overall Review: I rated this product a 5 because the RAM is functioning extremely well. I am upset a little about the lighting affect not functioning correctly.

Pros: I have installed on Z390 Gigabyte Aorus motherboard but doesnt work at 4133 mhz XMP profile It work at 3600 MHZ only, also the rgb isnt that good, poor configuration software, ther is like 5 differents light patterns only

Overall Review: for this price there is better options