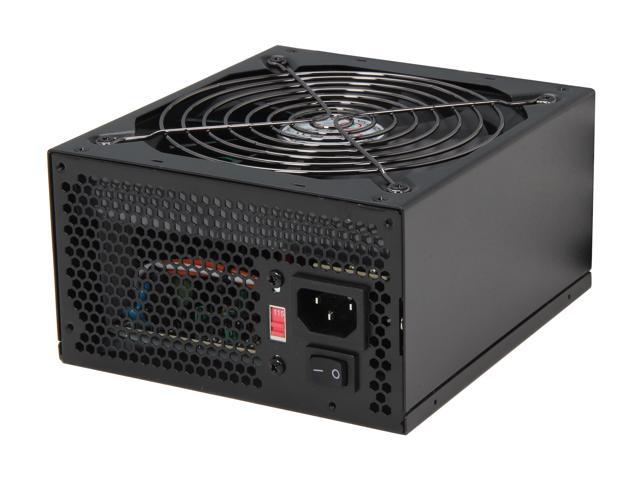 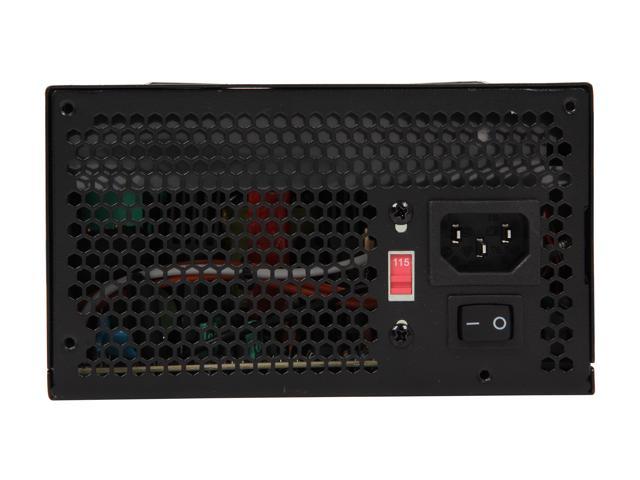 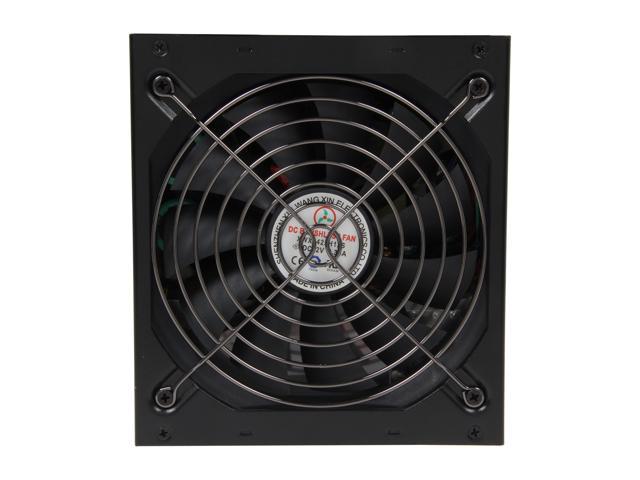 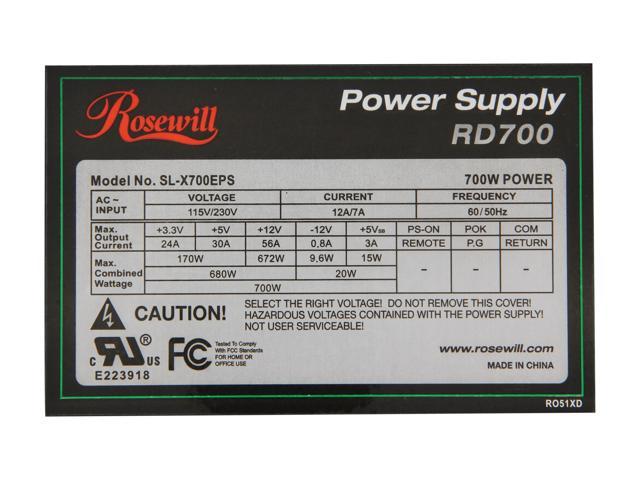 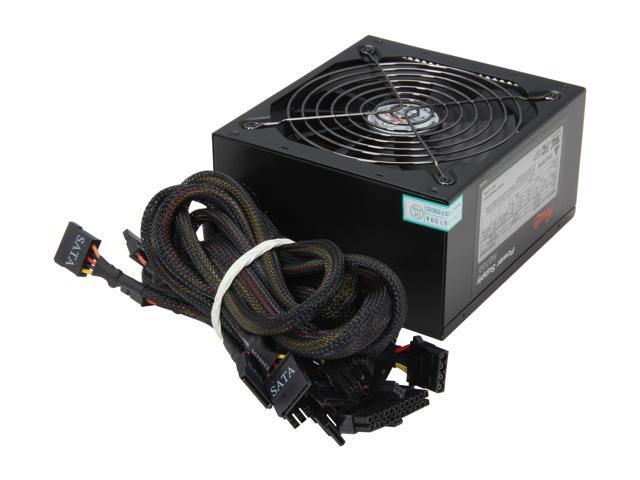 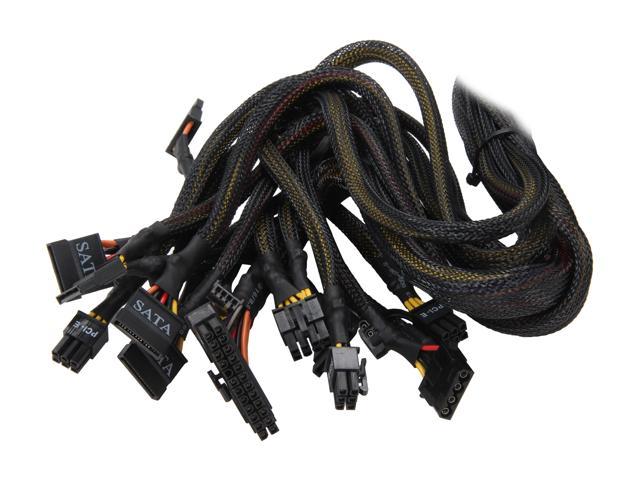 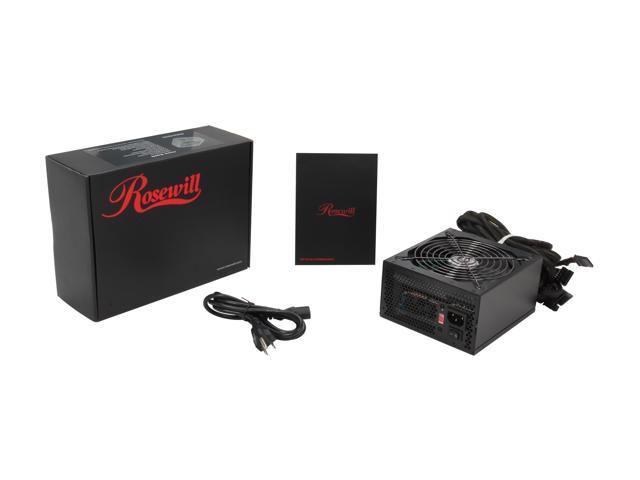 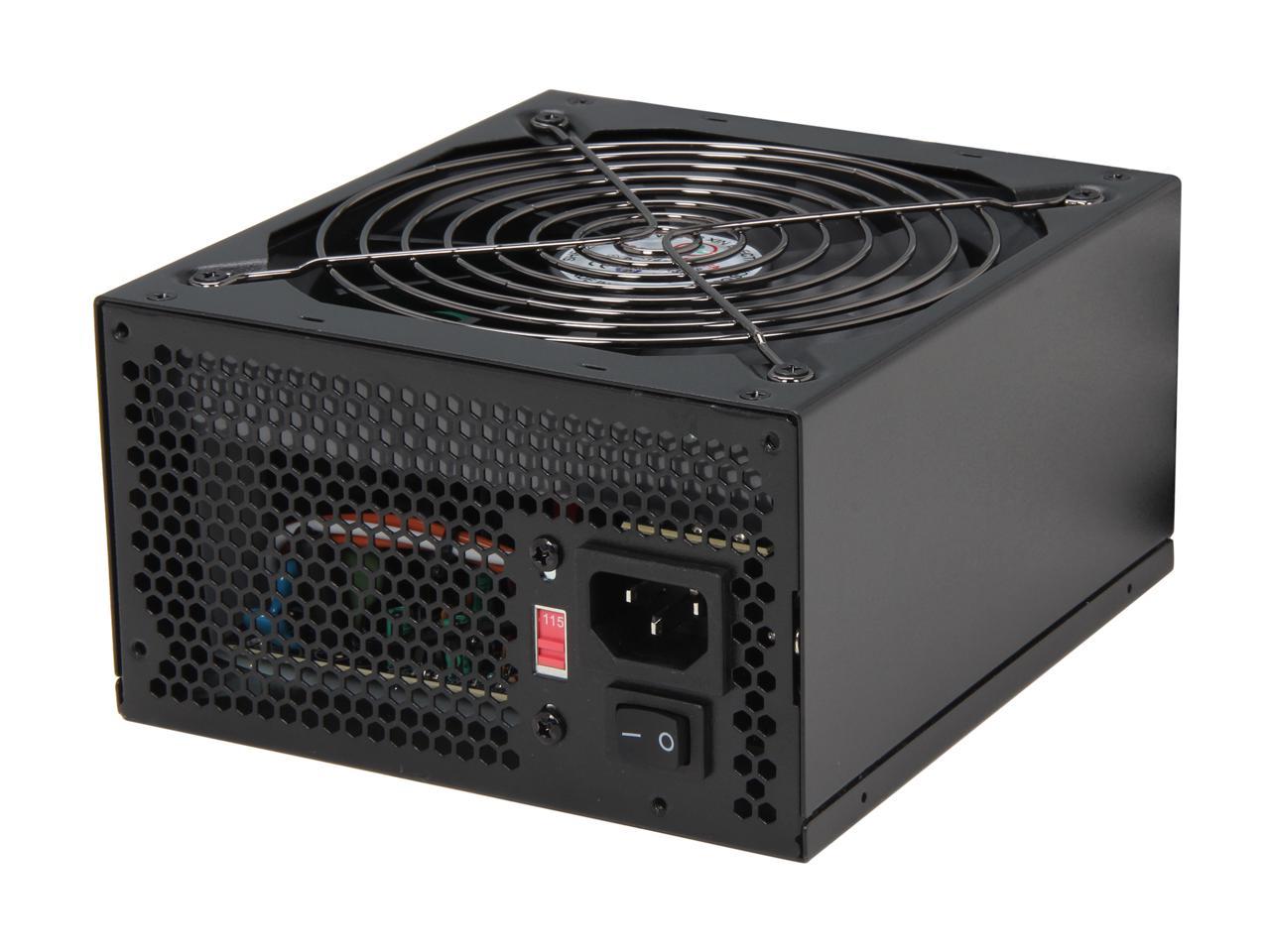 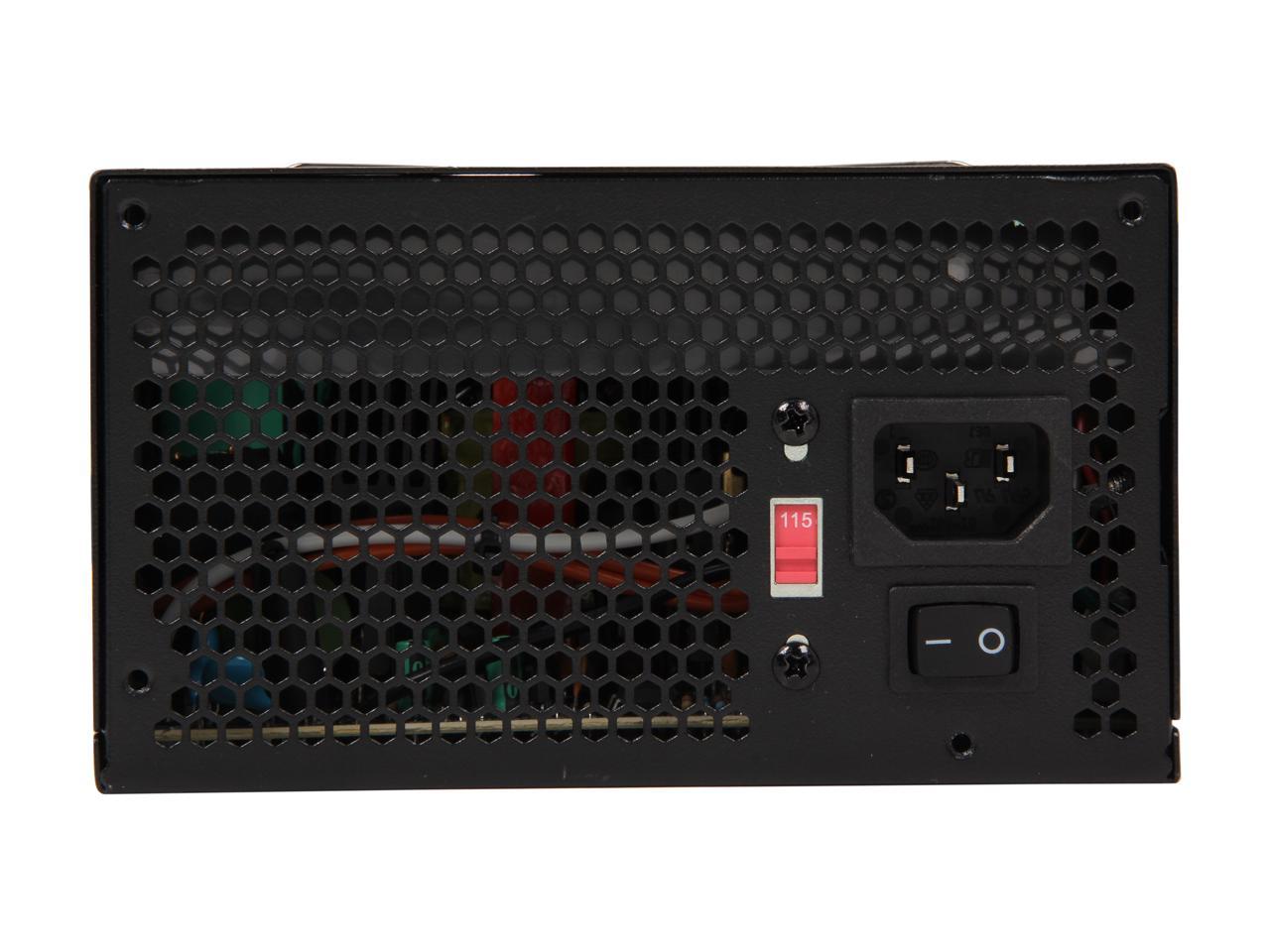 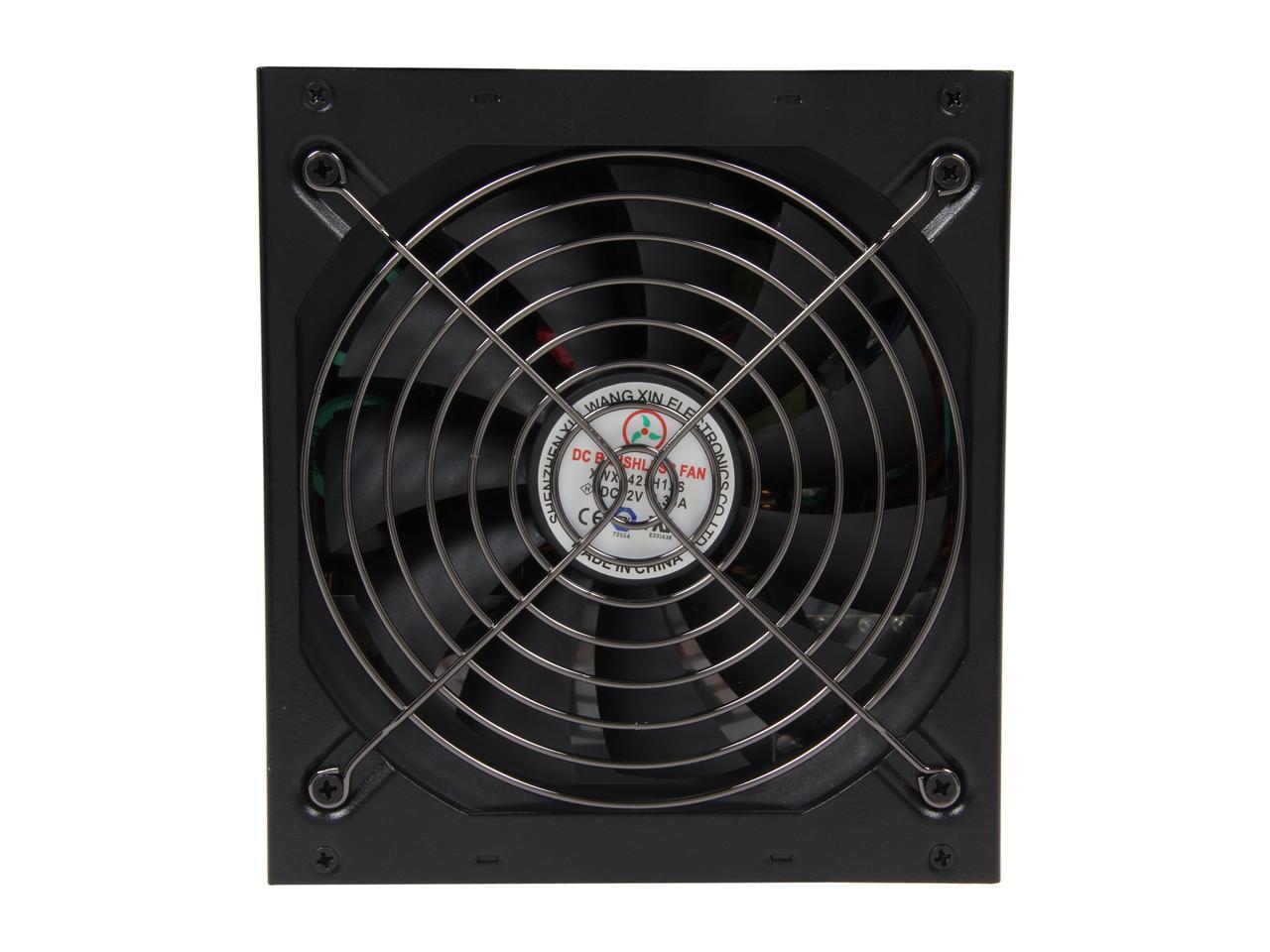 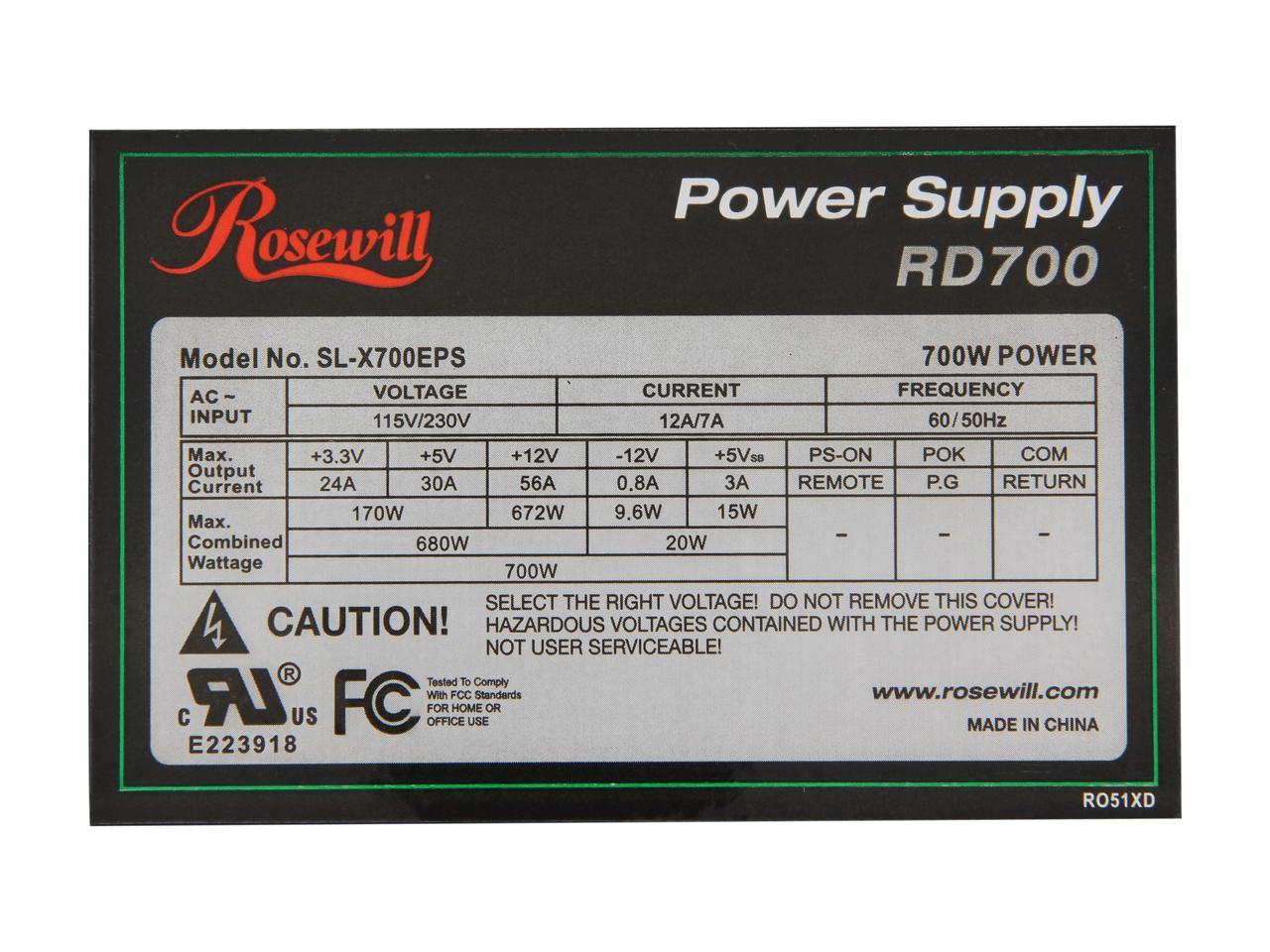 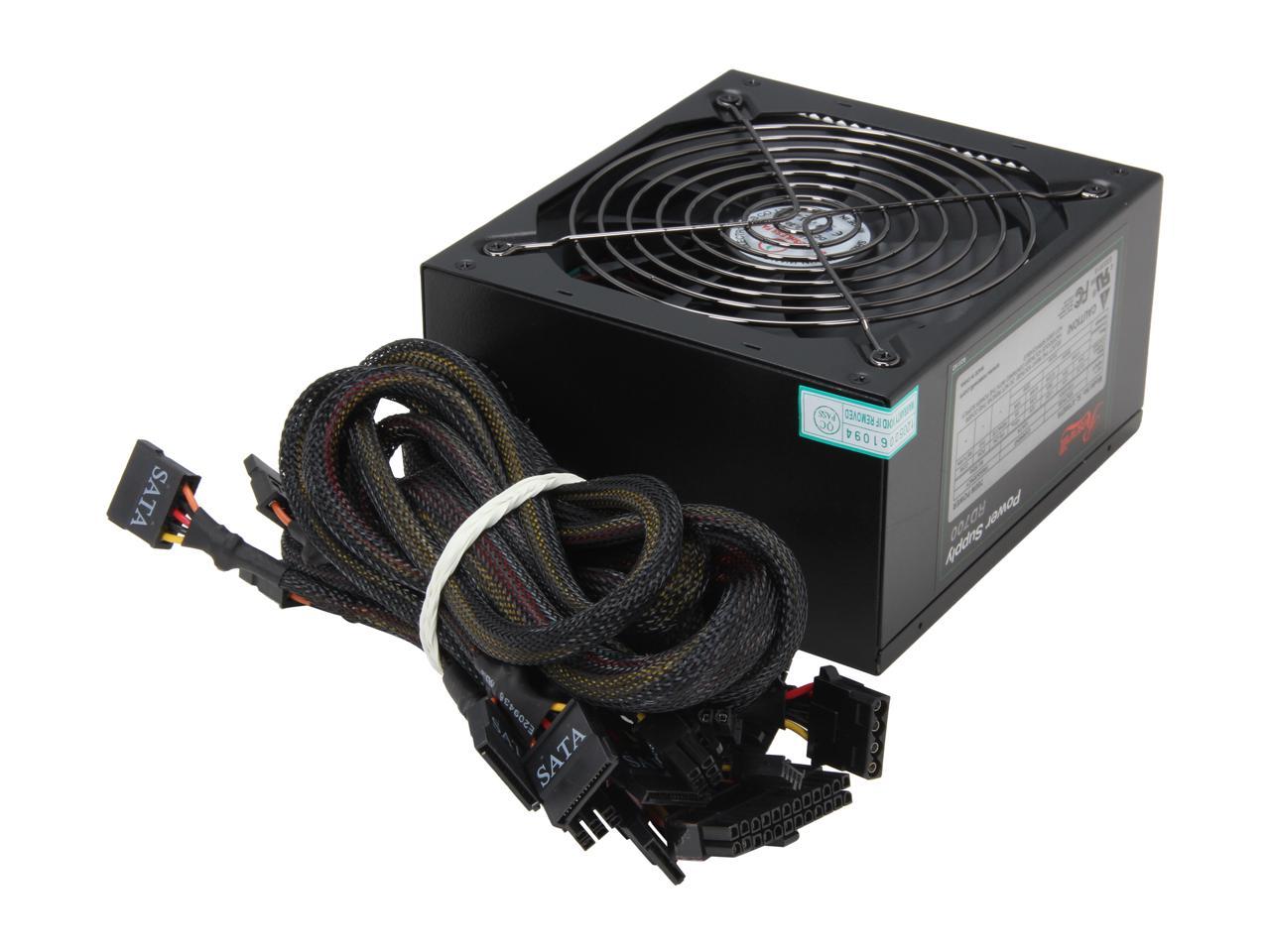 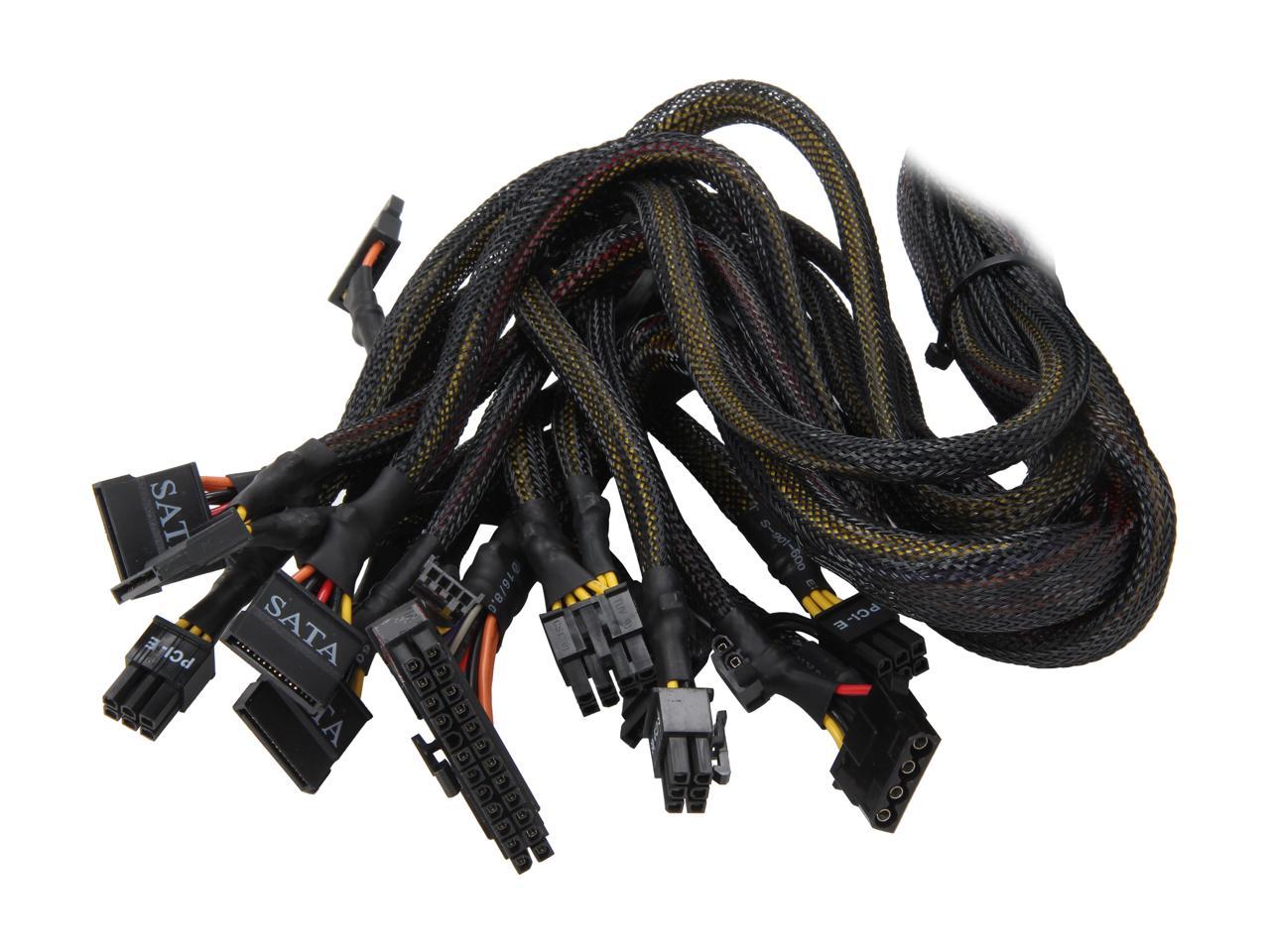 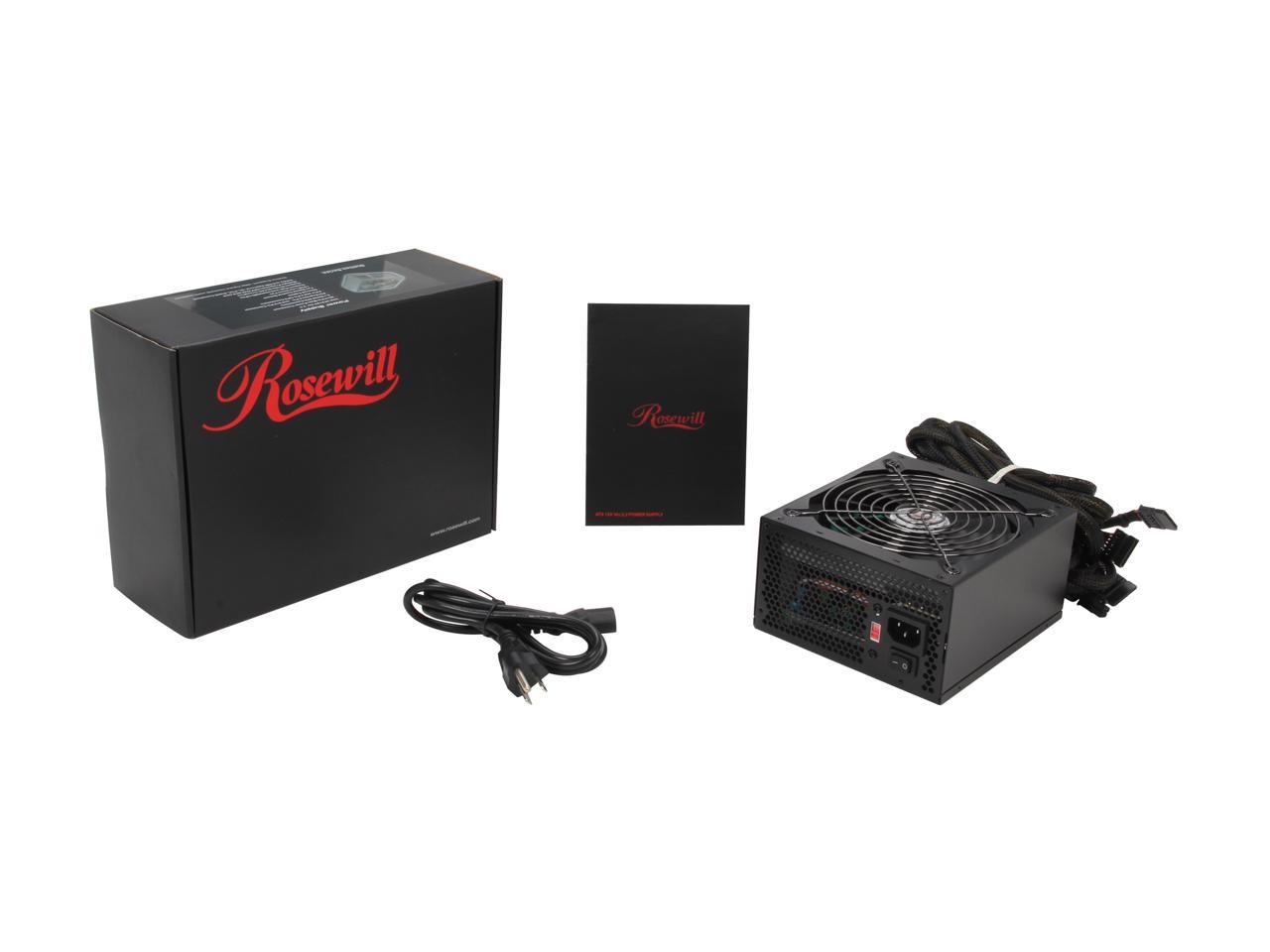 (171) Write a Review
OUT OF STOCK.
Overview
Specs
Reviews

Let the Rosewill RD700 power your Intel or AMD system with 700 Watts of power output and up to 56A  single +12V rail. Equipped with a 20+4-pin main connector, this power supply not only fits your new (24-pin) motherboard but also your old (20-pin) motherboard. The 140mm fan with smart temperature sensor creates a torrent of air without compromising acoustics. With mesh sleeving on all cables, routing and heat dissipation becomes effortless.

Learn more about the Rosewill RD700

Overall Review: Like most of the players do- I tested power supply with a “power supply tester” before put it into the system. The unit cannot be turn on the 2nd time after turn off immediately. I thought I am just like some reviewers with bad experience- receive a DOA. I was very upset, and called my bud who is a technician at Dell. He wanted me to try again. From his experience- Some testers design need wait till +5VSB reset (about 5 minutes) to re-test again. He suggested me test again after 5 minutes. I did, and just like he said- the PSU works. I repeat the test a few times every 5 minutes to make sure the unit works. Now the PSU is in my system for 2 months without any problem! If you test the PSU with tester, wait 5 minutes before you test again.

Pros: The PSU OEM is Solytech. This is a pretty decent power supply for the price. I would call it more of a 600W PSU, and I will list why. Even though it doesn't have APFC, at least it isn't half bridge. It uses double forward topology First off, this thing has beefy primary silicon, good for up to 700W, two 1000µF 200V caps on the primary (voltage doubler, so 500µF usable, good for 700W) Full input filter Huge transformer Very nice fan Well priced Good circuit protections

Cons: Inadequate heatsinks low quality capacitors Almost inadequate 12V rectifiers The heatsinks for the silicon are on the small side for a 700W unit, which is why I don't recommend using this unit at full power. Regarding the 12V rectifiers, it uses two 30A schottky rectifiers in parallel. This doesn't mean they're good for 60A total, as they are just in parallel. I'd guess together they could safely pump out about 50A, which is just below the 56A rating. It would help if they were TO-247 parts instead of TO-220. I'm saying this to be safe, as that heatsink probably gets very toasty around that amperage.

Overall Review: @ Anonymous. Don't be a moron. Just because it doesn't have PFC doesn't mean it can't handle fluctuations in the AC. That's what an input filter is for. Ever heard of that? All APFC does is correct the power factor, and make the input auto detecting. This unit has a better than average transient filter, with 4 Y caps, 2 X caps, 2 coils, 2 NTC thermistors in parallel, and 2 MOV's. This is plenty to filter spikes in the mains. And actually, I'll have to respectfully disagree about PFC reducing failure. PFC circuits are more complicated. I've seen many PSU's PFC circuit fail, usually the PFC booster coil shorts which blows the transistors, and then the fuse. If anything, it's more prone to failure. Input side failure is rare in non PFC PSU's, although more of the high quality manufacturers make APFC units. Obviously, there are plenty well made PFC units out there. Here in the US, no sort of PFC is required yet (PPFC or APFC) This would be a great budget PSU for even a high end system. Just don't expect it to last forever.

Pros: Does everything i feel it should and does it with ease, easy to install...

Pros: It works really well in my New build.I didn't buy it in Newegg but I bought it on some other site for the same price, so I just made a review here instead. It's very quiet and I overall love it.Good job Rosewill. I planning in sticking with you guys in the future.

Cons: Product started working fine, but after a short while made a loud sound, then shut down and started emitting a bad smell. After going through the warranty process, which this product was still covered under, the company then informed me some physical damage had occurred, which was not the case when it was sent off, and thus the product now was outside of the warranty. Rather than do anything about the issue the worker that was assisting me over the phone simply continued to blame me for damage that was not there when it was sent off. The unit was sent in the original packaging, exactly as it was sent to me. If the unit made it to me unscathed, I find it hard to believe that it could not make it back. Either way, rather than try to offer any kind of solution, they simply sent the unit back, effectively screwing me out of the money not only paid for the product, but the cost of shipping it to them to be replaced.

Overall Review: I will never buy from this company again, and I will advise all others to avoid it as well.

2 out of 2 people found this review helpful. Did you?
Manufacturer Response:
Dear Valued Customer, Thank you very much for purchasing this unit. We strive to provide the most reliable and highest quality products to our customers. We are sorry to hear that, please contact our support team to assist you with troubleshoot and/or warranty options. Phone: 1- 800-575-9885 Monday - Friday 8AM - 5PM PST Email: rma@rosewill.com Email2: techsupport@rosewill.com We look forward to hearing from you. Thanks, Rosewill Customer Care
Alegria L.
Ownership: 1 day to 1 week
Verified Owner
noiseless PSU works like charm10/13/2012 11:57:39 AM

Overall Review: Deffo, will get a 2nd one for another system im planning to build

Pros: Ran quietly and efficiently for time served. PC stayed powered 24/7 for the most part. No issues during successful operation.

Overall Review: Reviews were consistent with what I experienced.

1 out of 1 people found this review helpful. Did you?
Manufacturer Response:
Dear Brad, Thank you very much for purchasing this unit. We strive to provide the most reliable and highest quality products to our customers. Please contact our support team to assist you with warranty options. Phone: 1- 800-575-9885 Email: rma@rosewill.com Email2: techsupport@rosewill.com We look forward to hearing from you. Thanks, Rosewill Customer Care
John C.
Ownership: more than 1 year
Verified Owner
garbage6/21/2015 4:12:19 PM

Pros: just under 2 years usage, power supply is on its way out. constant kernel power issues, random reboots. all other hardware in system is working fine. save your money.

1 out of 1 people found this review helpful. Did you?
Manufacturer Response:
Dear Valued Customer, Thank you very much for purchasing this unit. We strive to provide the most reliable and highest quality products to our customers. We are sorry to hear that, please contact our support team to assist you with troubleshoot and/or warranty options. Phone: 1- 800-575-9885 Monday - Friday 8AM - 5PM PST Email: rma@rosewill.com Email2: techsupport@rosewill.com We look forward to hearing from you. Thanks, Rosewill Customer Care