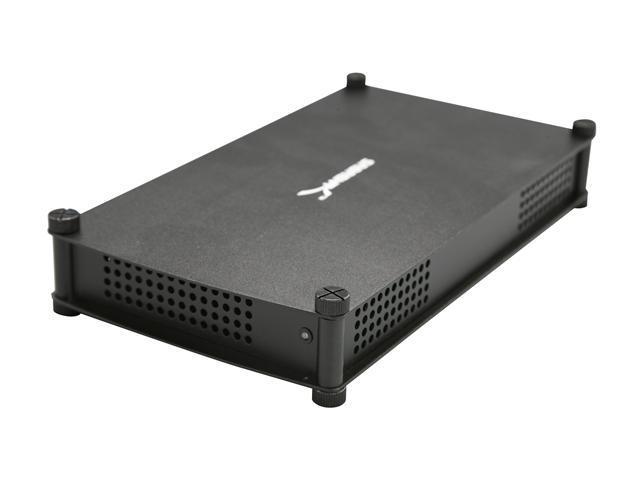 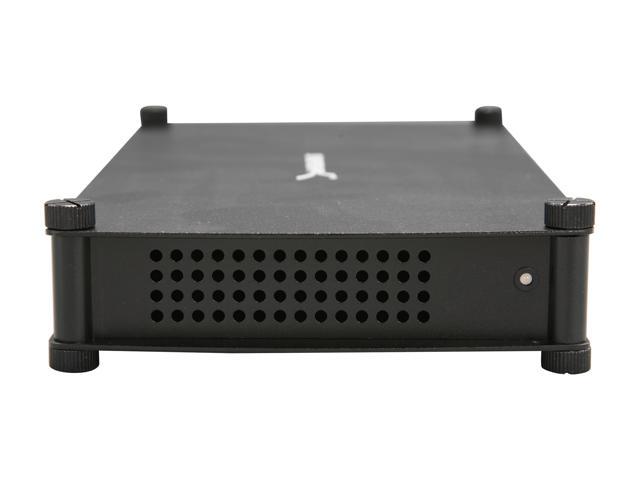 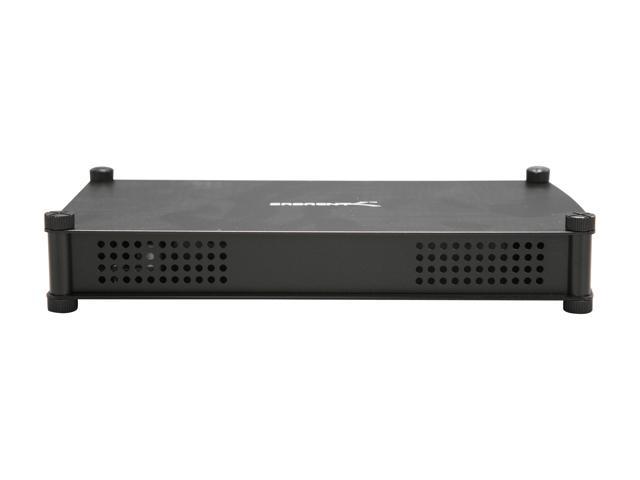 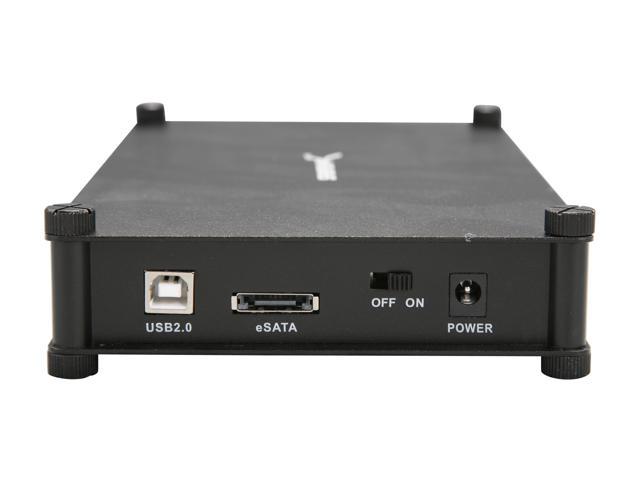 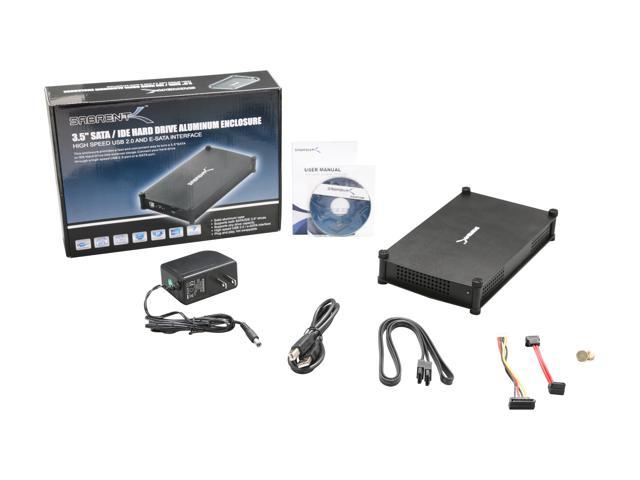 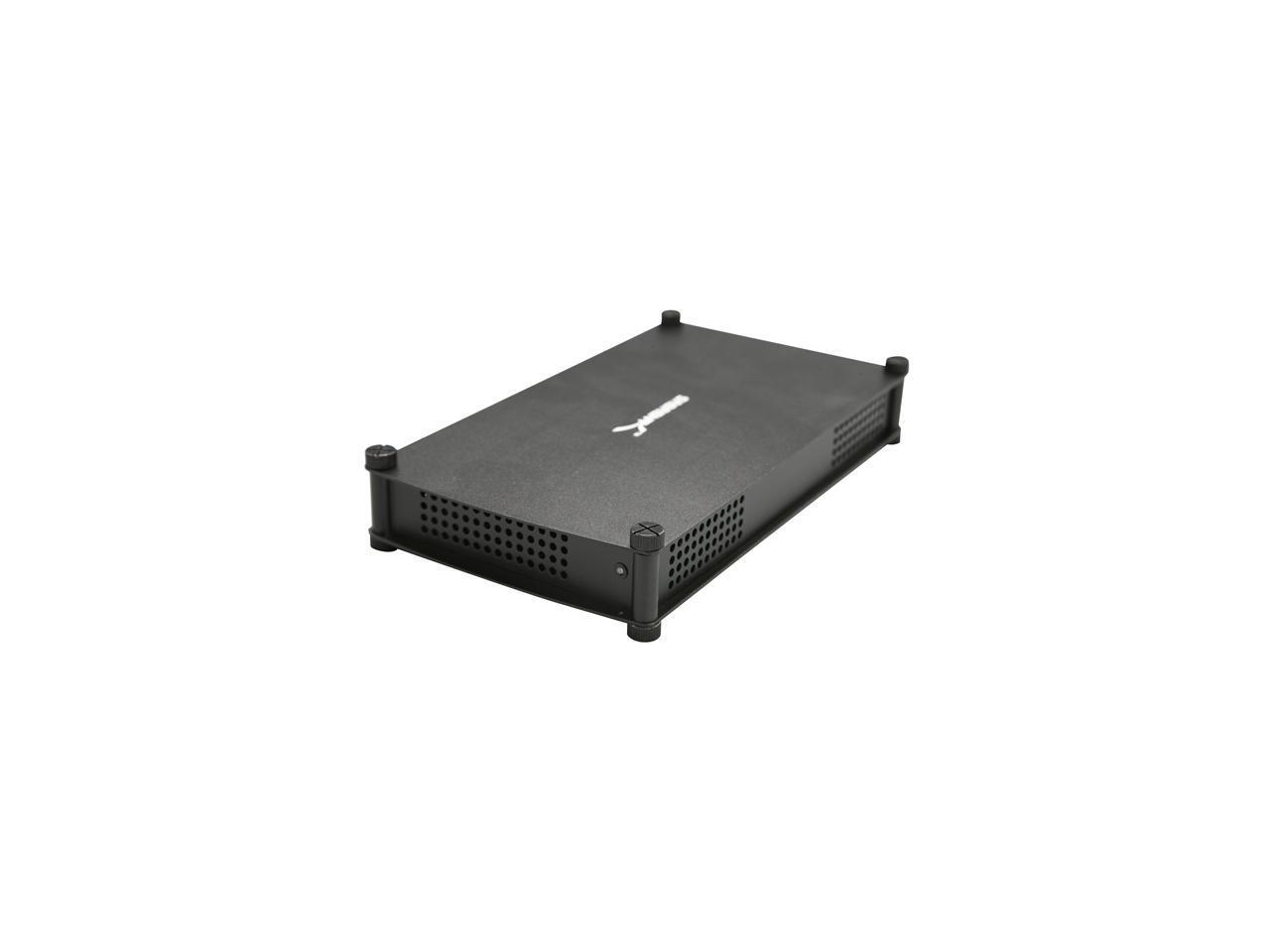 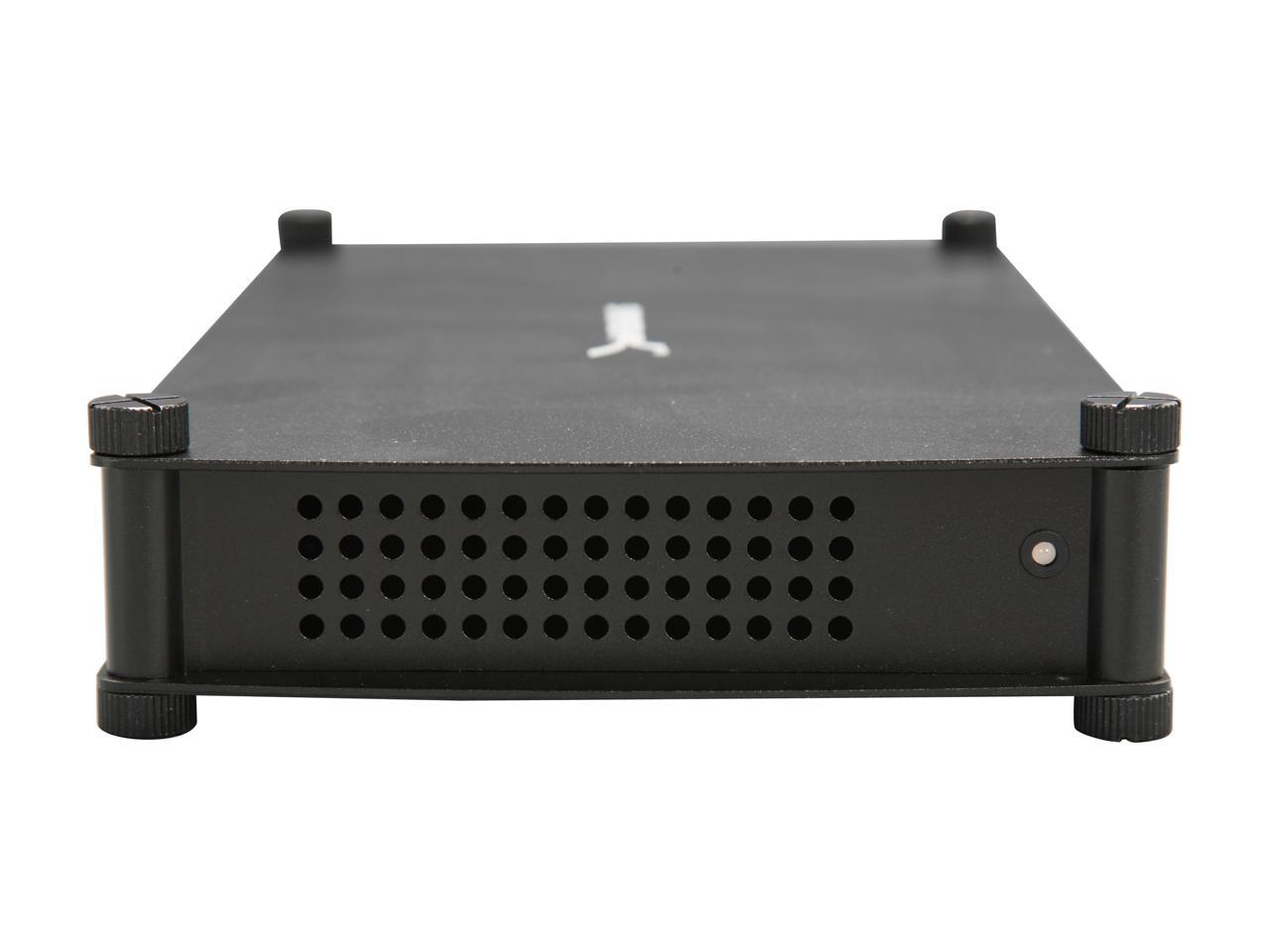 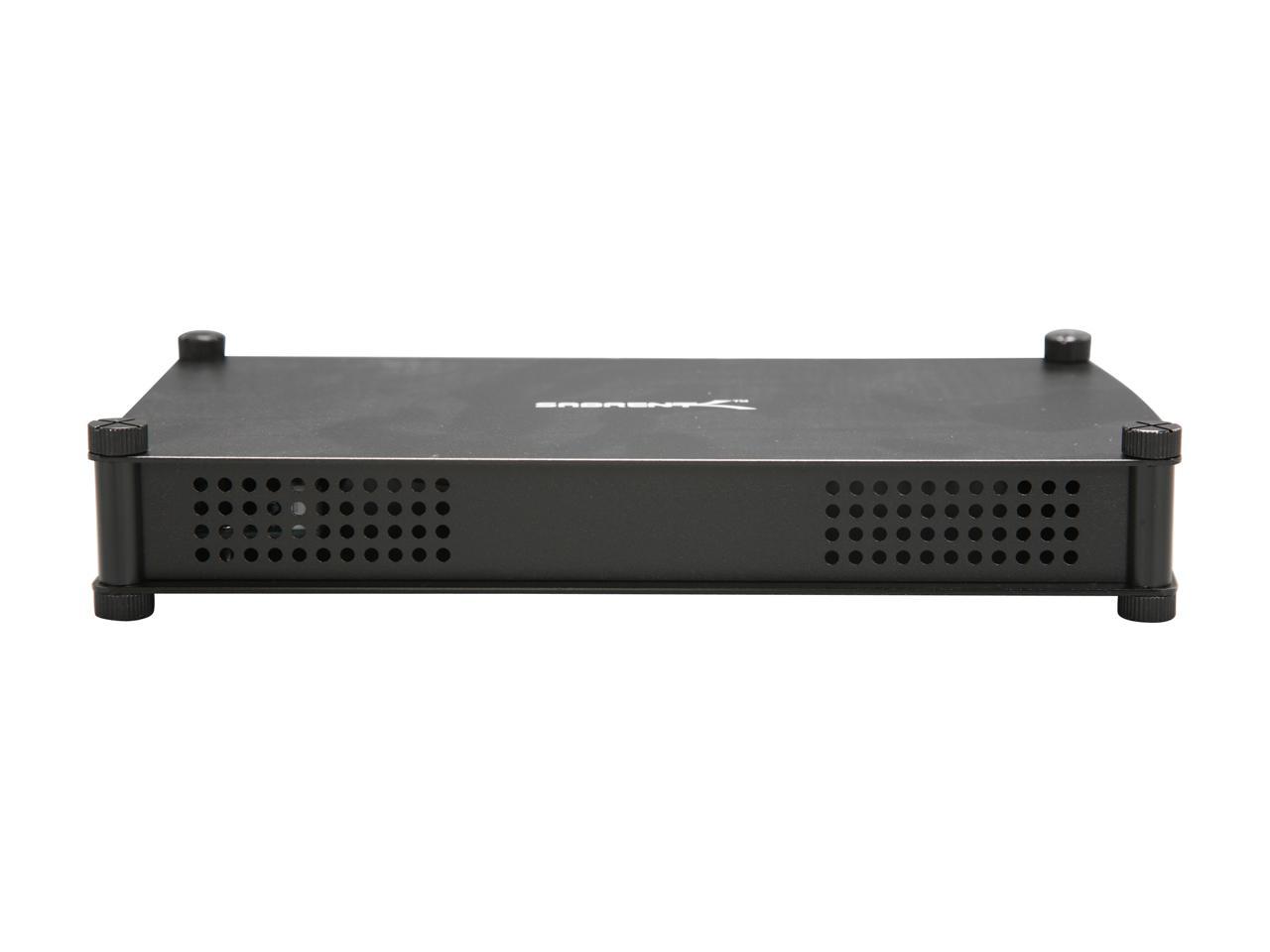 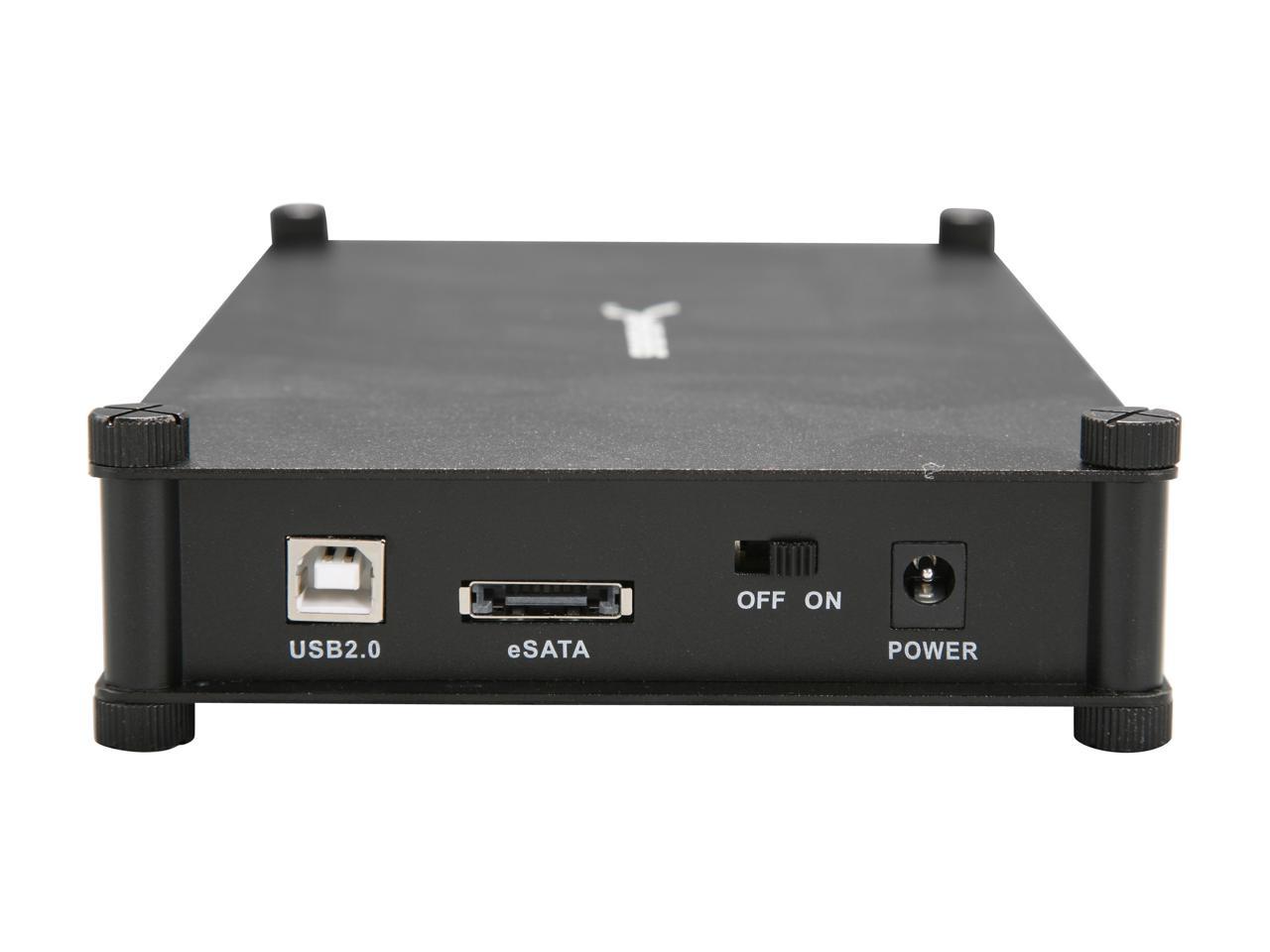 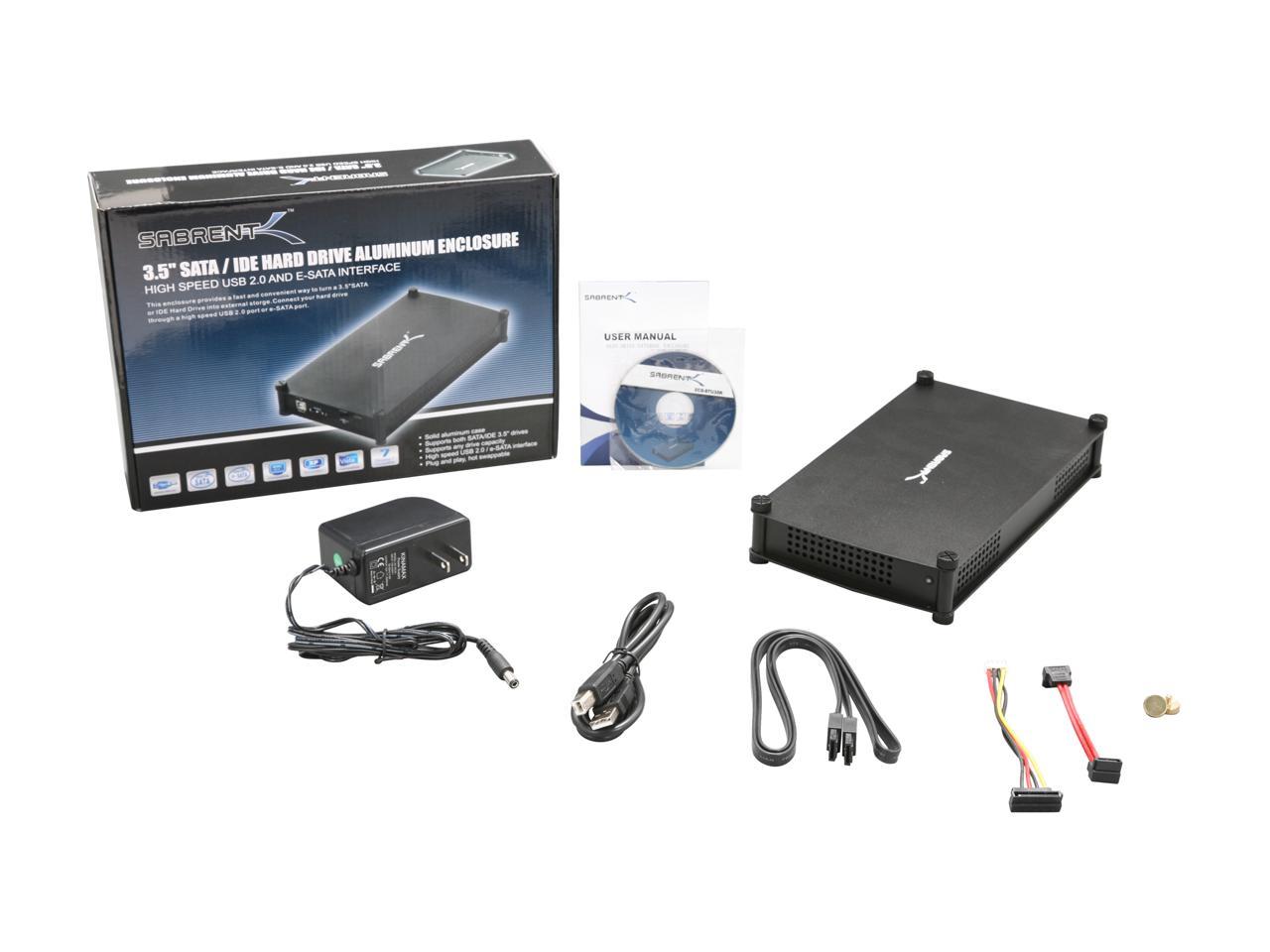 Learn more about the Sabrent ECS-STU35K

Cons: incredibly poor design. the drive runs VERY hot. the inside of the case was not meant to house the IDE cable, SATA cable, and power cables in one place... yet they crammed them in there!

Overall Review: despite the fact that this enclosure has vent holes on the SIDE of the unit, the drive's heat is released from the top of the drive directly onto a piece of hard aluminum... you'd think this would act as a heat-sink and help dissipate the heat, but it doesnt, it just cooks the drive. the inside of the enclosure is so crammed with cables that you'll have to cut some in order to permanently mount a drive. currently, i have this enclosure sitting wide open to dissipate heat and leave room for all the cables. NOT RECOMMENDED i also have a AMS Venus DS3 DS-2316SU2SBK which is running like a champ and the fan keeps it nice and cool. i have a E-POWER EP-301SA (the SATA-only varient of the AMS Venus) hooked up to my SA8300HD DVR and its one of the best cases i've ever had.

Pros: This is my fourth external enclosure and I am happy with it. I like having all connectors available (you don't have to remove IDE connectors to put SATA connectors in) and they are a good length, not too short or too long. The unused cables tuck nicely out of the way with my SATA 500GB HDD. The IDE connector has a handle on it which is a BIG plus, I've had a couple of others without handles pull apart in tight spaces. I plan on buying another one.

Cons: None worth mentioning.

Overall Review: Windows XP recognized it right away. Thumbscrews are better than regular screws, unless you carry your computer from place to place. NewEgg shipping is always one or two days early!!

Pros: it's cheap. supports both :ide and sata.

Cons: the screws don't hold the body together tight enough so sometimes is vibrates and makes noise.

Pros: Very sturdy, easy to assemble if you can hold a screw driver (included) to mount the drive (screws included) to the bottom plate. If you use a new drive, initialize and quick format it (follow the manual !!) otherwise it will not be recognized. USB cable and power supply included. Works great. This is my third and all work fine. Tested with ATA and SATA drives from 20GB to 1TB.

Cons: Some people can not hold a screw driver, follow the manual or do not know how to tighten a hand screw. Dispite some negativ statements...the drives fit easily. Can be centered with long holes.

Overall Review: This enclosure runs ATA and SATA on USB 2 and eSATA Other much more expensive enclosures can not live up to that! If I need more, I will get more of this type.

Pros: I've been using mine with both a USB boot ability and Norton Ghost 2003 for Dos. Yes, its compatible. This high level of compatibility works nicely as a backup unit. I'm using it with an "nvidia incompatible" 250 gig Maxtor Sata drive, and it is able to use that drive just fine. It also keeps the normally hot hard drive quite cool. That was an unexpected bonus. I've never had any trouble using these devices for what they're made for (backup unit).

Cons: I'm sure there are some cons, but this device did all that I asked of it, so there's no complaint whatsoever. Possibly this: Its made for a backup device--Its not made for a NAS, not made to run 24/7, not made for hard drive test equipment, not made for a coffee warmer and it won't change the catbox.

Overall Review: USB backups from dos mode are quite slow naturally. However, I'm very glad that this drive is compatible and that allows me a "hands free" backup instead of using up a lot of cd/dvd discs per each backup. The first thing I did with it is make an image backup of my Netbook. I've also spared the time to make image backups of my web server's boot drive, my desktop, and my linux box. Shortly after that, I had an "accident" with my desktop. . . so I just grabbed this dandy little thing and restored it. Sure, it took about an hour, but it was a great experience. I was at the pub while this device restored my computer. That's so much better than sitting in front of the computer waiting on a bunch of CDs for the entire evening. I'd also managed to click the wrong version of update on Linux Mint, got the new kernel and crashed the linux box. Once again, Sabrent came to the rescue and had my computer restored "hands free" without all that manual reloading. Nice!!

Pros: It worked for about 3 months with anything I tried

Cons: IT NO LONGER IS RECOGNIZED BY WINDOWS and the IDE cable that came with it was junk and broke shortly after..

Overall Review: I did write a good report of this, but now am extremely unsatisfied!!

Pros: Both SATA and IDE compatible--you can't beat the price on this one. It only takes four thumbscrews to open the enclosure and pop in the new drive. It literally took me 5 minutes to remove an IDE drive I had in it and install an SATA drive.

Cons: The SATA cables are a *little* tight (you have to bend them over), but it wasn't near as bad as some of the reviews suggest.

Overall Review: If you're installing an IDE drive, just disconnect the SATA cable from the PCB and leave it in the box. I was a little worried about this box based on a few of the reviews, but now that I have it and I'm using it, I have no complaints.

Pros: The external case does the job it intends to do. I have no problems with it. If users read the specs for this thing, you understand that the aluminum will dissipate some of the heat off the drive. As far as the room goes in it for the cables, it's do-able. This isn't a backpack!