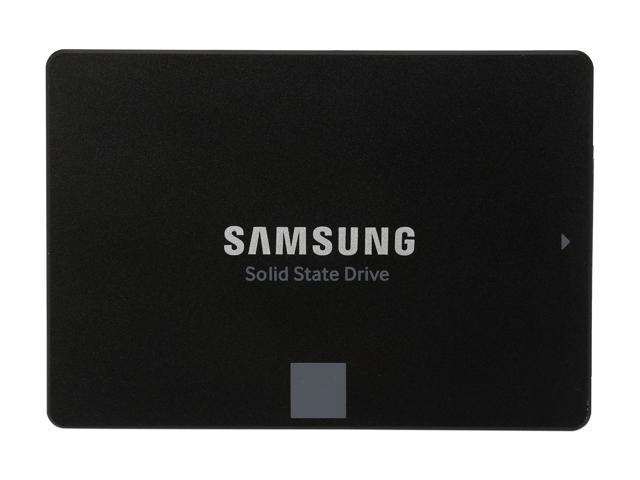 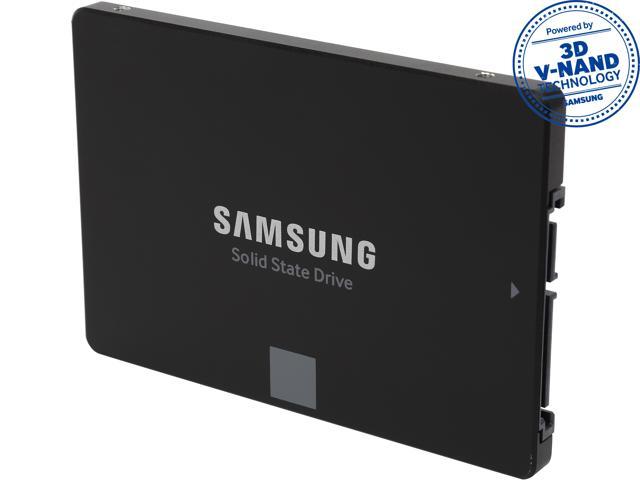 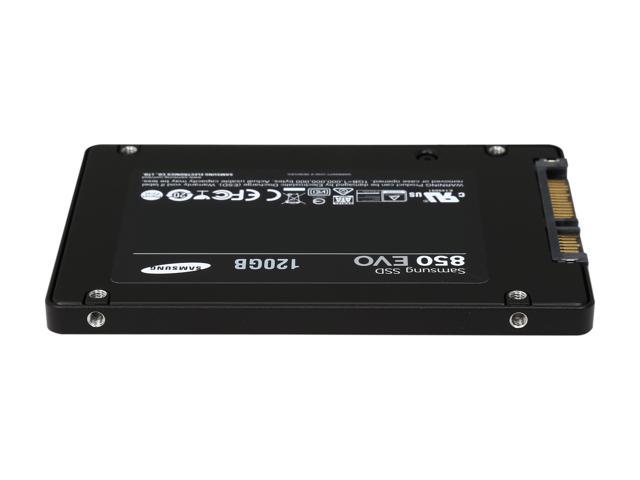 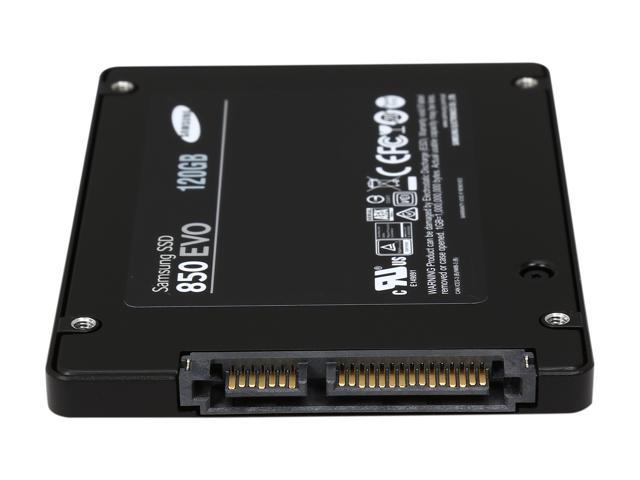 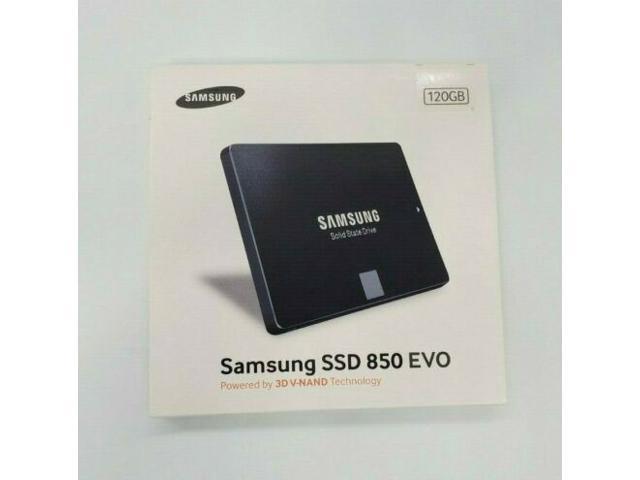 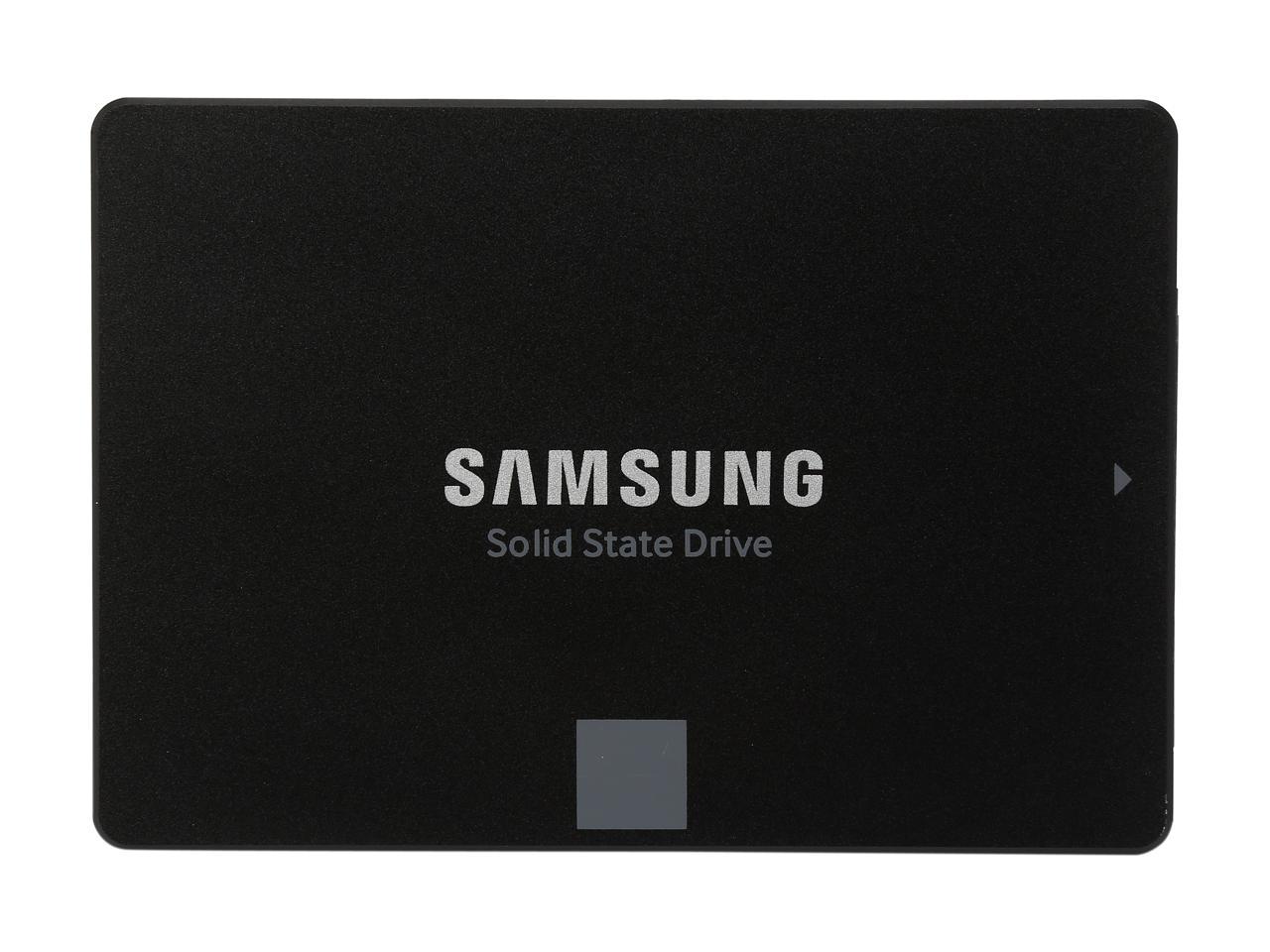 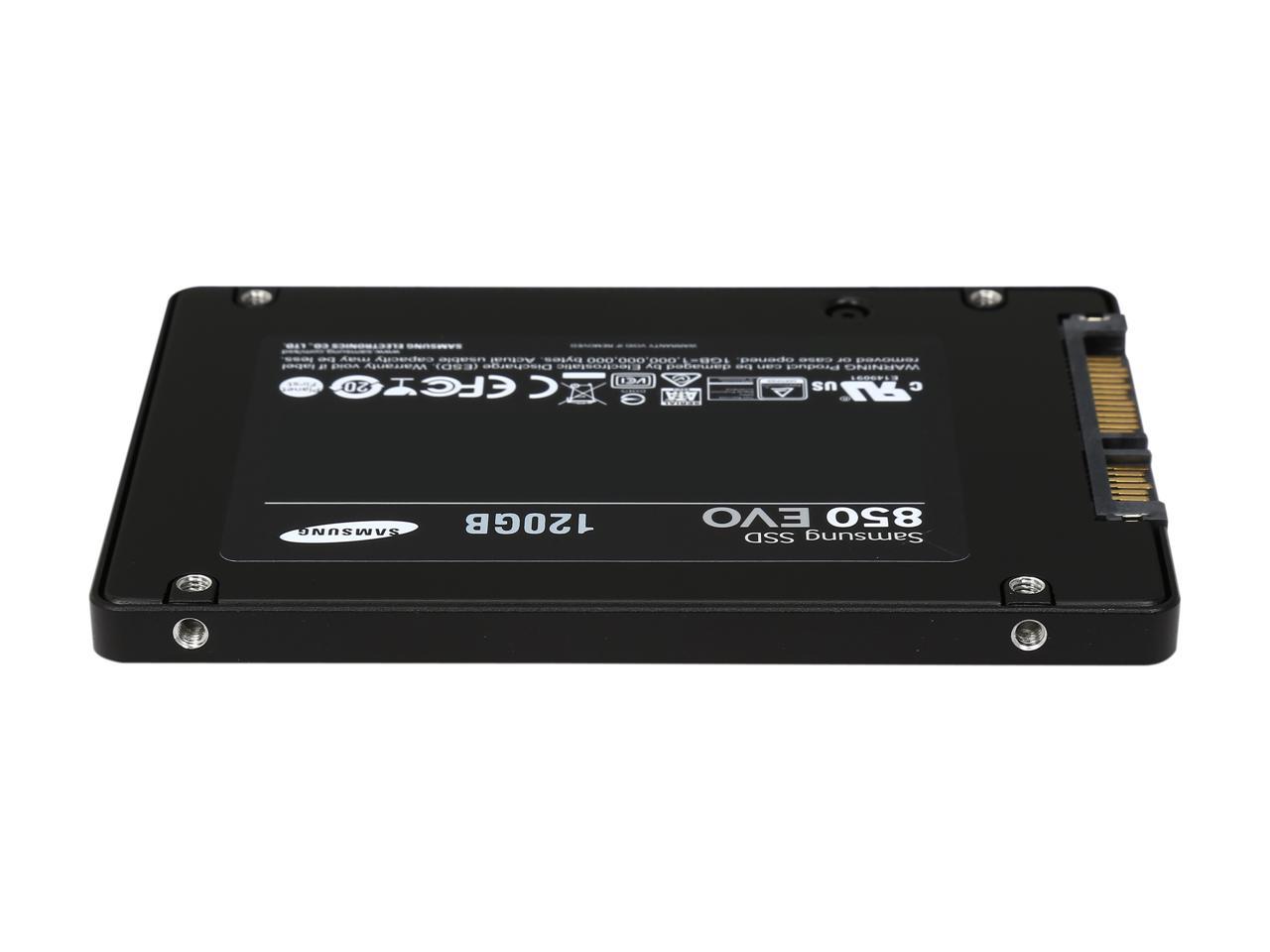 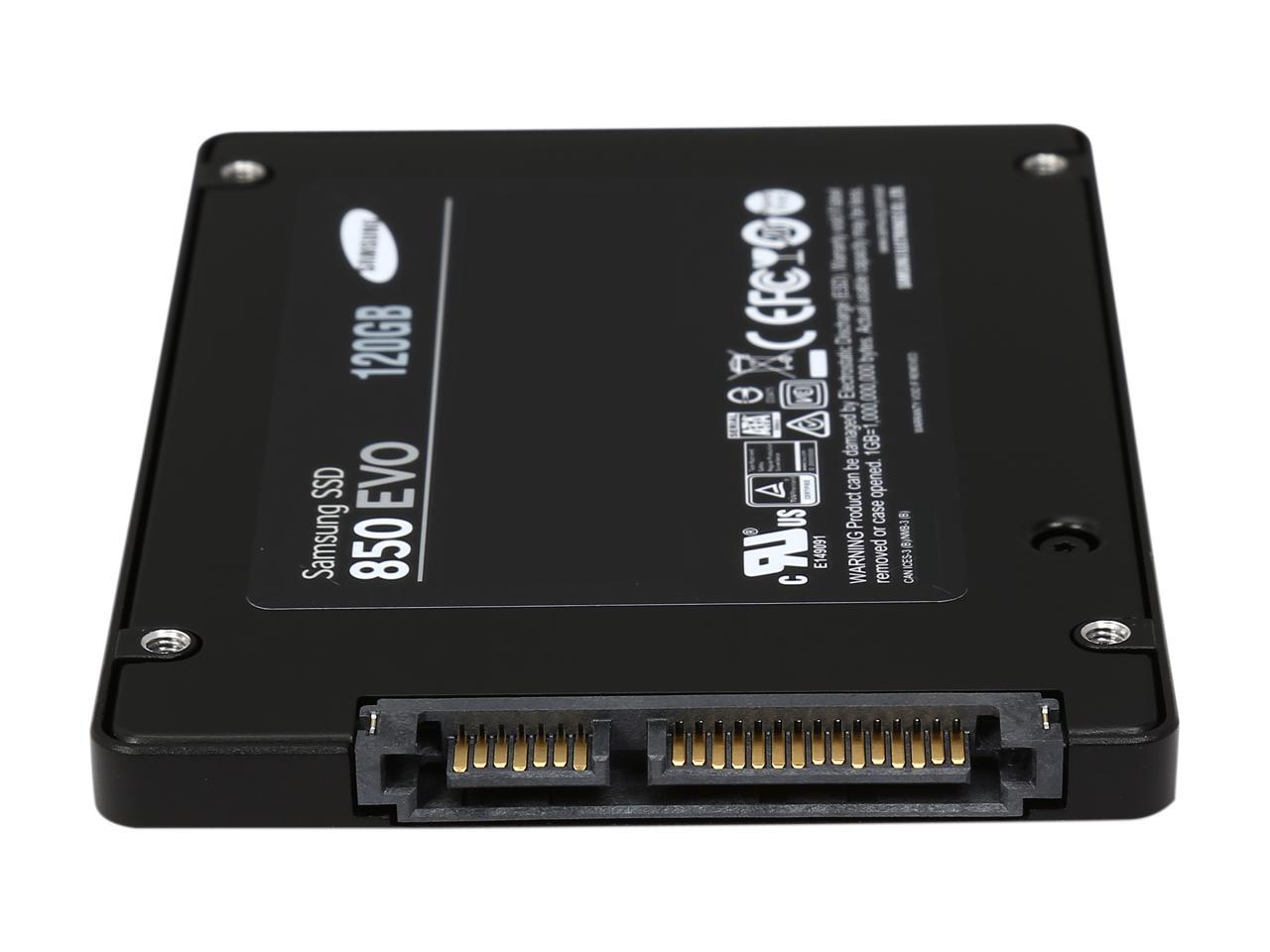 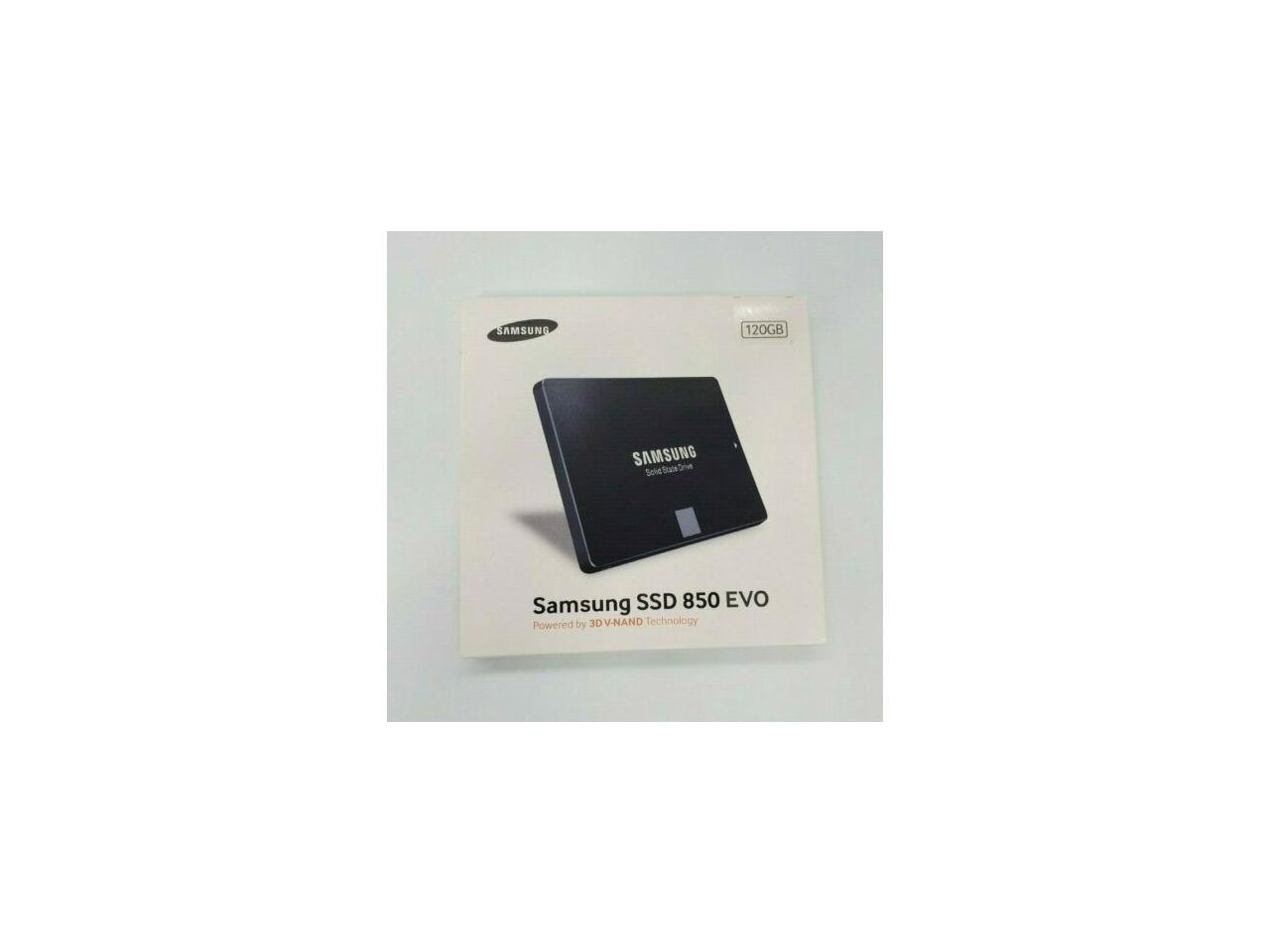 Learn more about the SAMSUNG MZ-75E120B/AM

Pros: This thing is plug and play. Scores a 7.9 in windows. Takes only 20 seconds from clicking restart to be back at the desktop! Paid $95 a piece.

Overall Review: There is no reason anyone should be using mechanical drives for their OS primary at this price point.

Pros: Snappy with loading operating systems during boot. MSI's B85M motherboard (Fast Boot) will work just fine with this SSD. V-NAND will help with performance, though this is literally the first SSD I've ever put in my builds.

Cons: Storage space. If you really need the space for more than just your operating systems and applications, get the 250GB version. You can at least store a few games in there. If you're that concerned, get a 500GB SSD (whether it's this one or another), though you'll be coughing up more dough than you really need to.

Overall Review: I have seen in the reviews that upgrading to the newest Samsung Magician (at least the firmware) for this SSD tends to render the SSD inoperable, period, so by far I wouldn't take the risk if the SSD works just fine, and that I have done. The SSD is fine without Samsung Magician, and the software is mainly optional, to begin with. Remember to make sure *not* to defragment any SSD, as you will degrade its overall performance quickly than it usually does just by itself, according to information posted online by reliable sources.

Manufacturer Response:
David D.: Thank you for purchasing the Samsung 850 EVO SSD. The included Samsung Magician Software allows you to setup, optimize, and manage your system for peak SSD performance. It also supports RAPID mode for 2x faster performance by utilizing unused PC memory (DRAM) as high-speed cache storage. Samsung Data Migration Software allows you to easily migrate all the data and applications from your existing drive to the 850 EVO. Late last year, Samsung released software updates for Windows 10 compatibility for both Samsung Magician Software and Samsung Data Migration Software: 1) Samsung Magician Software, Version 4.9.5, which is required for RAPID Mode. 2) Samsung Data Migration, Version 3.0, with the below improvements: a. Option to exclude selected files from cloning b. Cloning compatibility improvements Both updates can be found at: http://www.samsung.com/global/business/semiconductor/minisite/SSD/global/html/support/downloads.html If you have any questions, concerns, or need assistance, please contact Samsung Customer Support toll-free at 1-800-SAMSUNG and a representative will gladly help you. To reach Memory Product Support, please enter the following in order after each of the phone prompts: 1 for Consumer 6 for Memory Products 1 for SSD Support hours are from 9AM - 12AM EST (Mon-Fri) / 9AM - 9PM EST (Sat). You can also email Samsung Customer Support at: samsungmemorysupport@sea.samsung.com
Jonathan T.
Ownership: 1 week to 1 month
Verified Owner
Excellent Product4/3/2015 8:46:46 AM

Overall Review: Using as boot drive in my laptop. I got a HDD caddie to put old hard drive in optical slot. Works Great! Be sure to create restore disk or flash drive to do a fresh install with factory software. That way you can reinstall your operating system directly from drive in the future. It did not seem to work that way by simply cloning.

Overall Review: I boot up in literally 4 seconds from completely shut down to the desktop screen, I timed it. I have all my games on it and everything opens lightning fast. Although this thing on paper is the same as many other SSDs, it's actually much faster in real life tests. I recommend this to anyone seeking speed while gaming,surfing and booting up his PC. This thing breaths new life into old PCs as much as making new PCs lightning fast. I will probably buy a couple more.

Pros: Easy to install, windows recognized them instantly and now have them running in raid 0 with all my programs installed.

Overall Review: Amazing SSD drives for the price, read/write speeds are as promised and given the chance i would upgrade to a higher capacity drive but i got these on sale and they do everything i need plus some

Pros: Decided to get this for my new build and it cut boot times in half as well as loading apps almost if not instantly.

Cons: None really, I'm happy with the performance.

Pros: love this SSD. it's only the third that I've purchased. the first was the 840 EVO which has worked great. the second was a sandisk model. this new 850 EVO is awesome. with my AMD A10-5800K and 8GB of RAM I'm getting less than 10 second boot times. my 840 EVO is paired with a core i7 and 8GB ram and I have to say this new build is at least the same or faster. I'm very happy with the drive so far and I'd buy one again.

Overall Review: installing win 8.1 was a breeze. the drive is so fast. if it could be just a bit cheaper it would really be awesome.

Cons: -not really a con but my laptop wont boot from usb so it took a while to migrate windows.