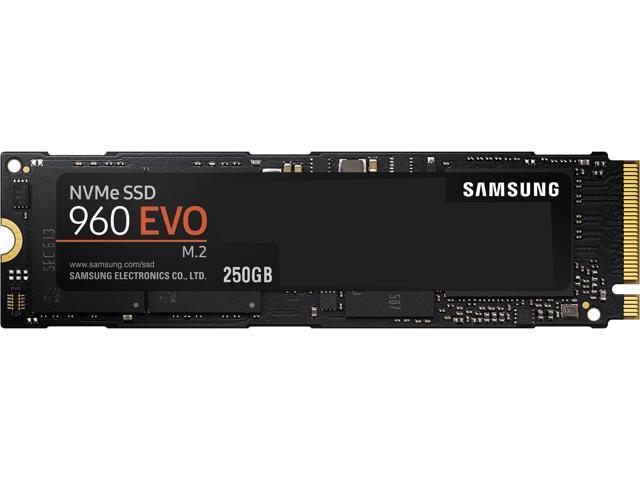 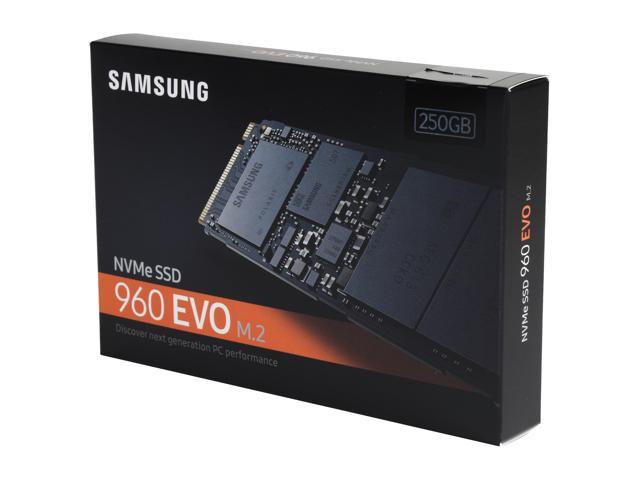 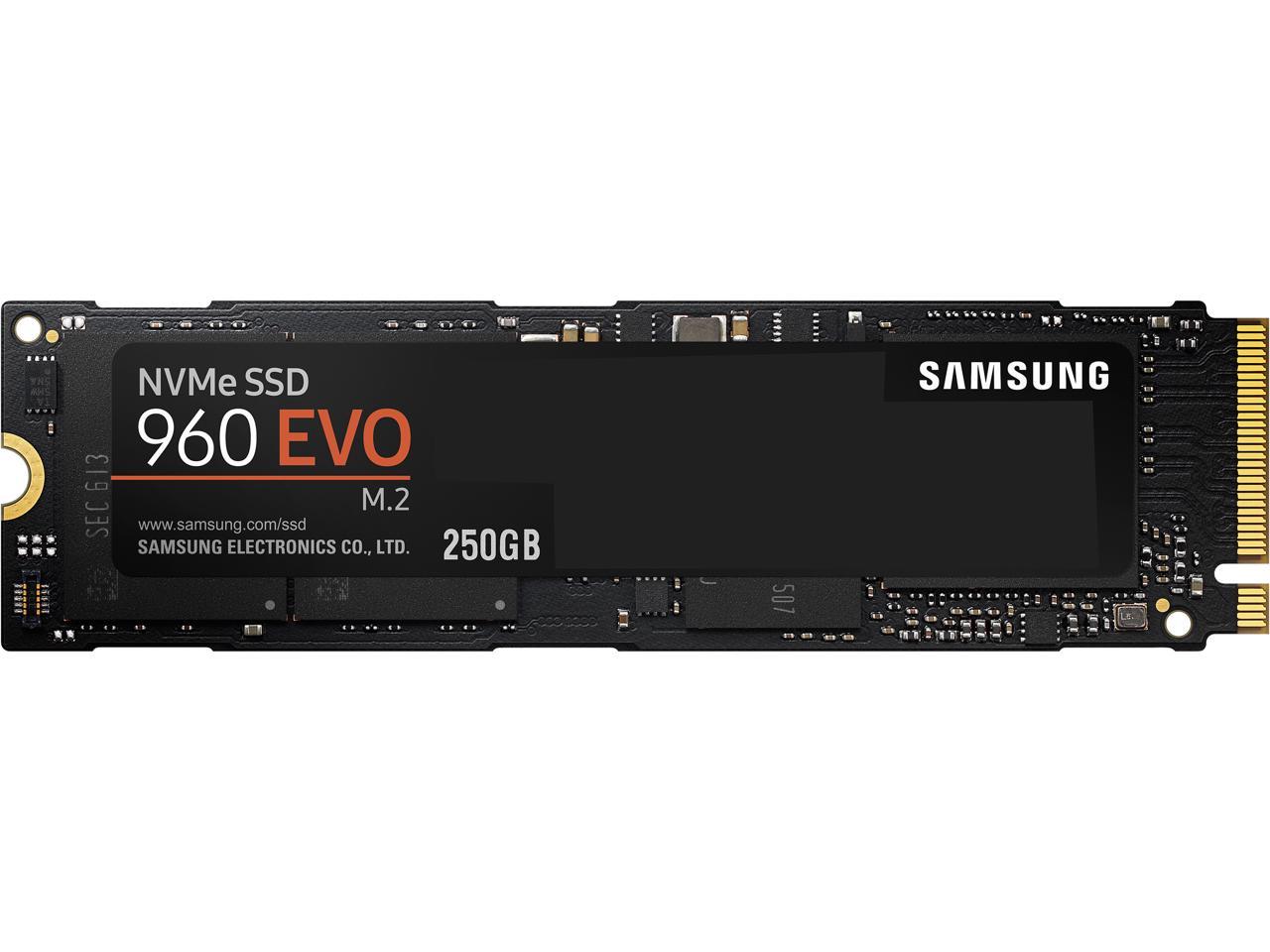 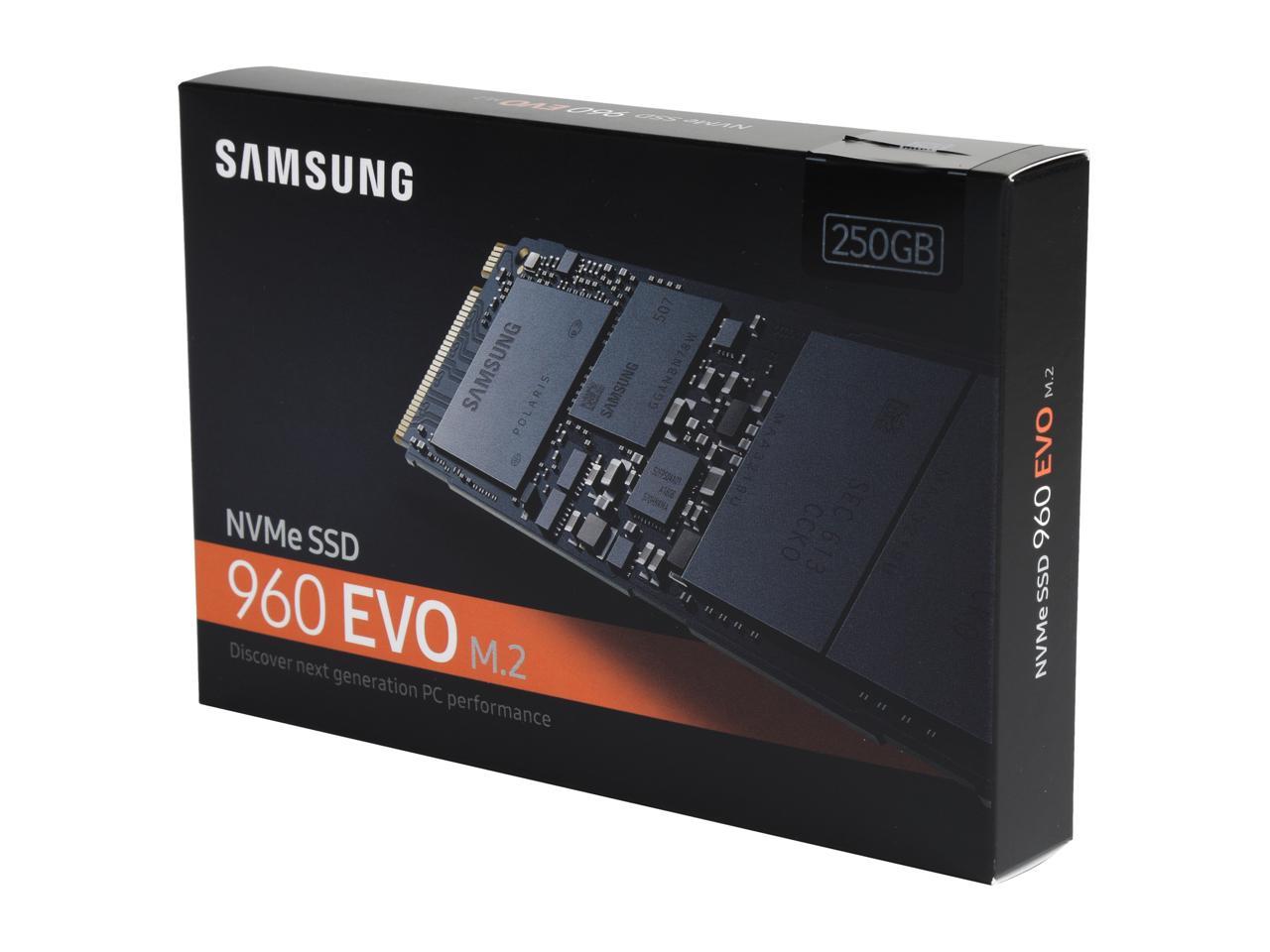 Learn more about the SAMSUNG MZ-V6E250BW

Pros: Did I mention how fast this SSD is? I installed this onto the MSI M7 to run my OS (Windows 10). I can plug the computer in, power up and be working in just shy of 20 seconds total, including the fumbling under my desk for the power cord time. I used to be able to get some food while my system boots. Now, I go hungry. Very easy installation. This was a new build, but was recognized in BIOS and I experienced zero problems or additional work.

Overall Review: I didn't know if this would be worth the price, but I've never seen load times like this before. I keep calling my wife into the room so she can see how freaking fast this is. She has been tolerant thus far. Will update if this changes.

Pros: No trouble, software was up to date as of delivery date to me and NVMe 2.0 drivers are available on Samsung's site. Everything went gravy.

Cons: Hot. Make sure you have a heatsink or airflow on the chip.

Overall Review: Had some issues installing Windows 10 on this drive. I wasn't using RUFUS but I was able to install using the DVD using the following technique: 1. Begin the install 2. At the drive format screen if you use the default format button it will throw a GPT error during install 3. Press <Shift-F10> to open a cmd prompt 4. Type: diskpart <Enter> DISKPART> list disk (list all drives) DISKPART> select disk 0 (in this example the target SSD is disk 0) DISKPART> clean (option for cleaning the selected drive disk from any previous data) DISKPART> convert gpt DISKPART> exit (exit from DiskPart) exit (exit from Command Prompt) 5. Select the 960 and install as normal

Pros: - This M.2 is literally two times faster than other, more expensive M.2 drives (Up to 3,200 MBps vs Up to 1,775 MBps for the Intel 600p) - Small and sleek, takes up almost no room in your motherboard. - I installed windows 10 in under 3 minutes and achieved a boot time of only a few seconds.

Cons: - If you plan on loading Windows unto this device, you will need to play around in the BIOS settings a little bit. Make sure that every other HDD(s) are unplugged from your MOBO before attempting to install windows. Using an MSI MOBO, I was able to pick up that a M.2 was connected by selecting Legacy+EUFI; however, do not use this setting (use UEFI only). Set the boot order to HDD and then USB or CD (BIOS picks this up the M.2 as a HDD for some reason). When the boot option comes up (press a key to choose boot option) select the USB or CD (whichever has the Windows installation file).

Overall Review: - I have always been a fan of Samsung SSDs including the 850 EVO. I was amazed at how fast this M.2 actually was and for the price I paid. If you are looking for performance, and don't mind a little trouble with installation, this will greatly increase your computer's performance.

Pros: -Working as Boot Drive on my RYZEN BOARD (x370 Taichi) with zero issues! -M.2 with potential read/write speeds of 3.2GB/s / 1.5GB/s. -Software solution to keep drive's performance up to date.

Overall Review: New build. When I installed Windows 10, the 960 EVO M.2 drive immediately showed up as available. I didn't have to go into the BIOS boot drive menu at all. I've had no issues with this SSD and I like the fact that I can keep the drive running optimally via Samsung Magician software. The only wish I had with using this M.2 SSD with my AMD RYZEN motherboard is that I wanted to use two of these at Gen3x4 in RAID 0 for my boot drive and critical programs. As far as I know, only the Intel motherboards would allow you to do this. The ASRock x370 Taichi has two m.2's but one is Gen3 x4 (32Gb/s) and the other is Gen2 x4 (20Gb/s). I would think with future revisions and new motherboards that this issue will be addressed and we could set up RAID 0 with M.2 at Gen3x4.

Pros: While the 250GB isn't as fast as the other variations of the 960, you're probably not gonna notice in real world tests. I bought it not for an OS drive but a fast caching drive for media and game production, and it's well worth the money. Gotta love the mid-tier EVO proudcts by Samsung. My 850 EVO had read speeds at 550 MB/sec max, but this is well over 3000 MB/sec. Unbelievable speed.

Cons: Honestly, there's a niche use for these drives. Gamers, don't even bother, and get a huge SATA SSD. As an OS drive, it might help speed certain things up but if you're already using a SSD, you're not really going to notice. Don't buy this just to oogle at benchmark graphs, that doesn't mean much at the end of the day.

Overall Review: Are you doing 4K video encoding? Screen capturing lossless video? Long After Effects projects? Game development with folders full of hundreds of thousands of files? Photoshop with gigantic images? Buy this drive and enjoy the high life. Also, be sure to download the official driver... doubled performance of my drive.

Pros: -Freakishly Fast. -Windows 10 boots in two seconds. -Apps all load instantly. -Did I mention that this thing is fast?

Cons: -Makes me hate every other drive ever made. -Took like two seconds to format--this anomaly can be very confusing for old school builders like me.

Overall Review: Seriously. The 960 EVO writes at 2100MB/s and reads at over 3500MB/s when the typical speed of a very fast spinning drive is 225MB/s. I now hate all of my other PCs that cannot use this drive.

Pros: Checks out at around 3400mb read and 1400 write. Replaced my Samsung 850 evo ssd and can tell a huge increase in speed. I have an6700k and msi gaming m7 mobo 16gb of 3200mhz ram. Make sure you flash bios on this board with current version which adds support for the m.2 otherwise I only had 900read. Installed Samsung magician which tells you if the card is running on pcie 3x4. Some boards in certain configurations with sata connections may decrease the pci lanes for this ssd. Overall setup was a breeze.

Cons: Not any at this time. Small screw and big hands don't work well when mounting this stick of gum.

Overall Review: With the 250 gb version I was able to install some games directly to the drive and now I have instant load times.