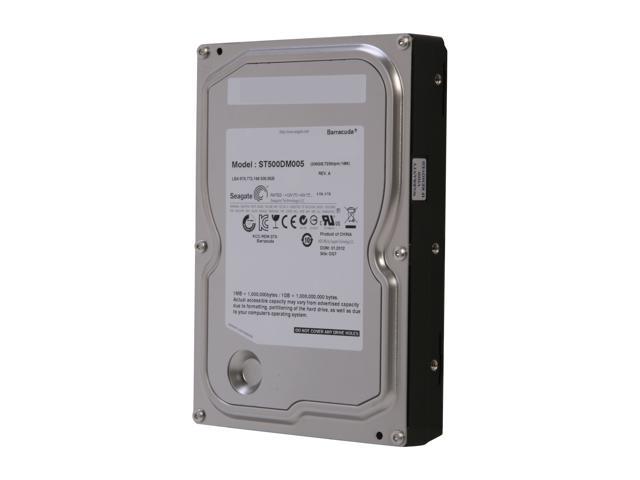 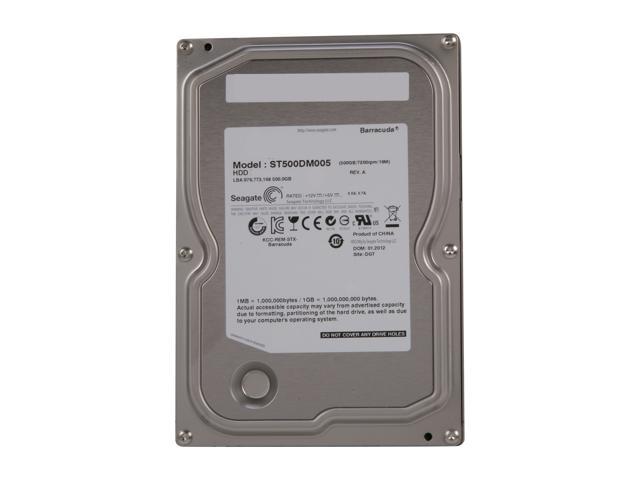 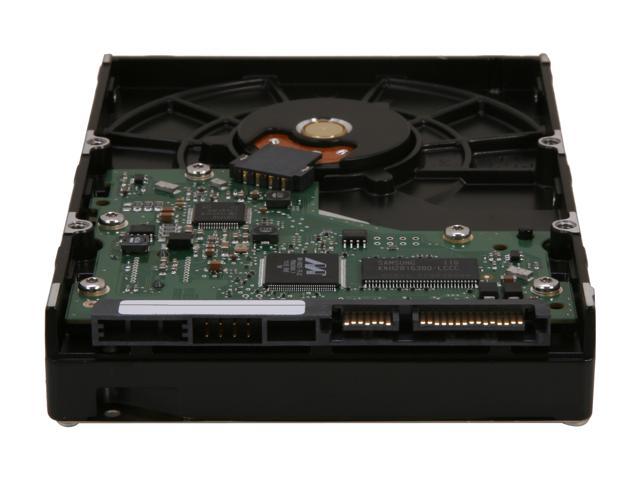 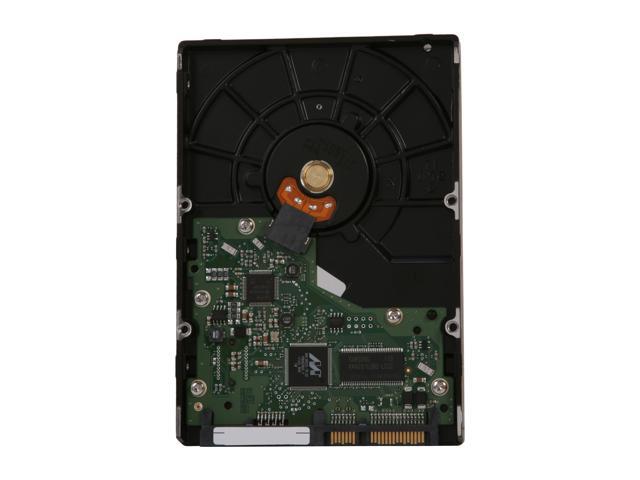 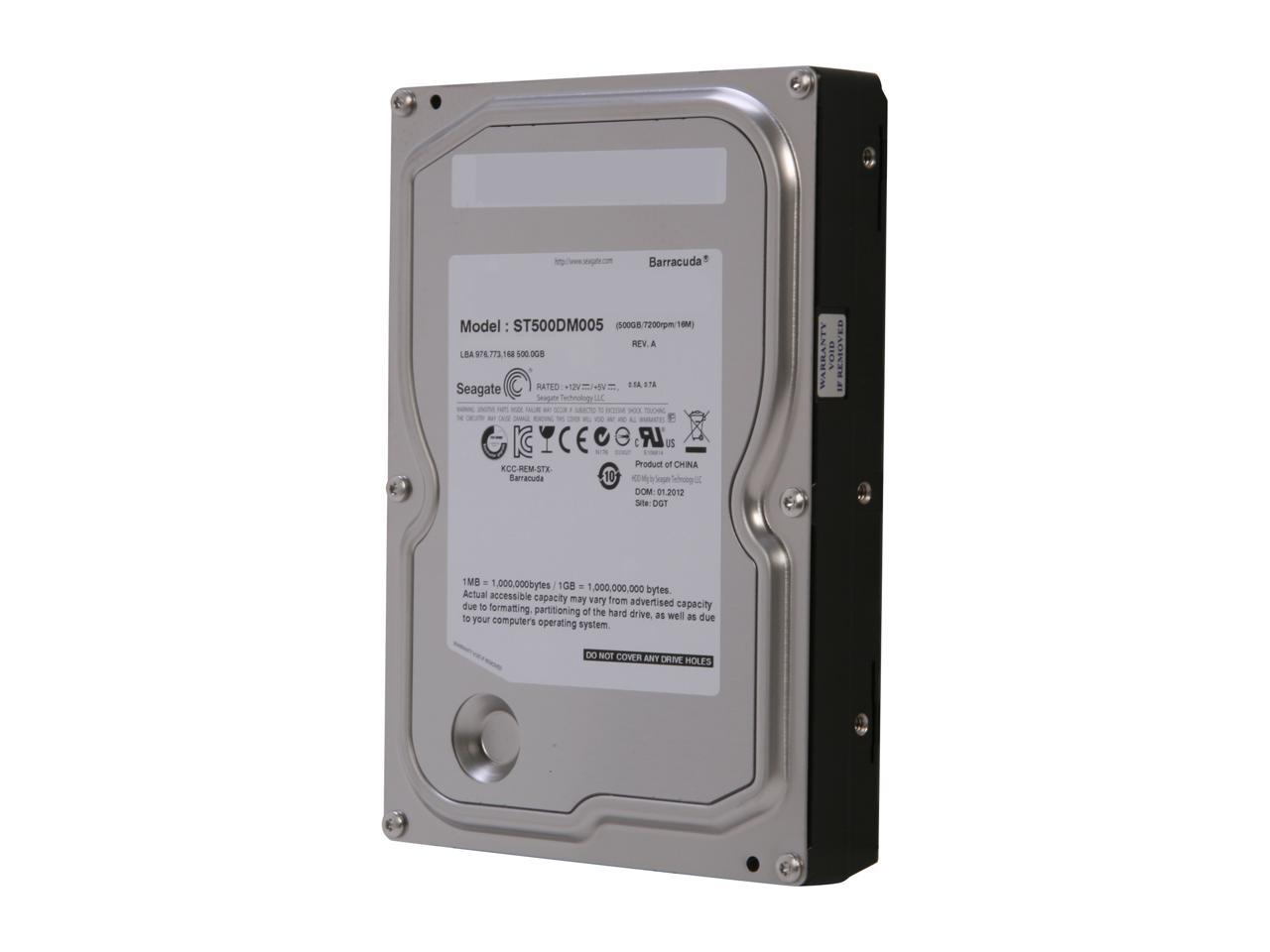 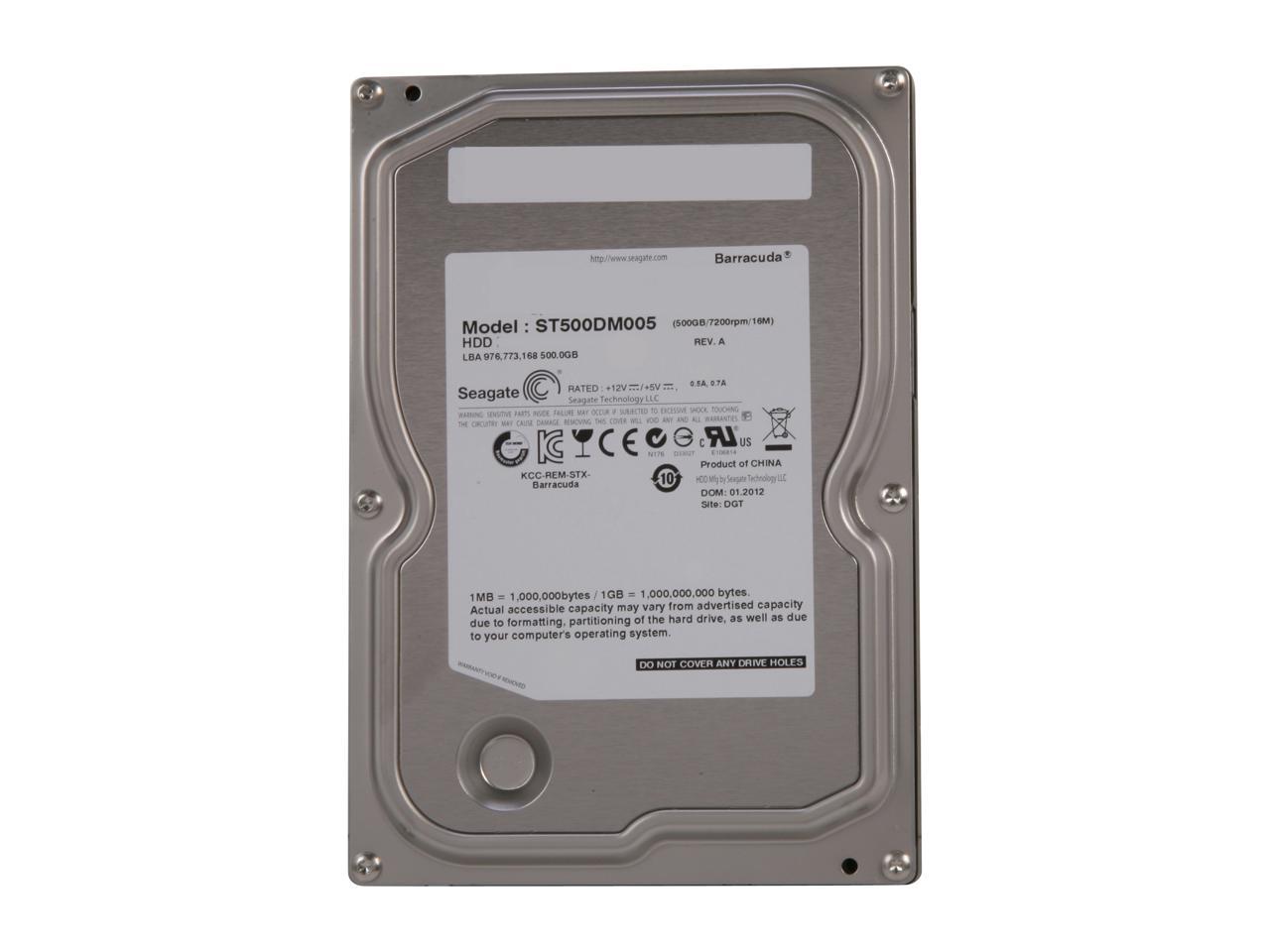 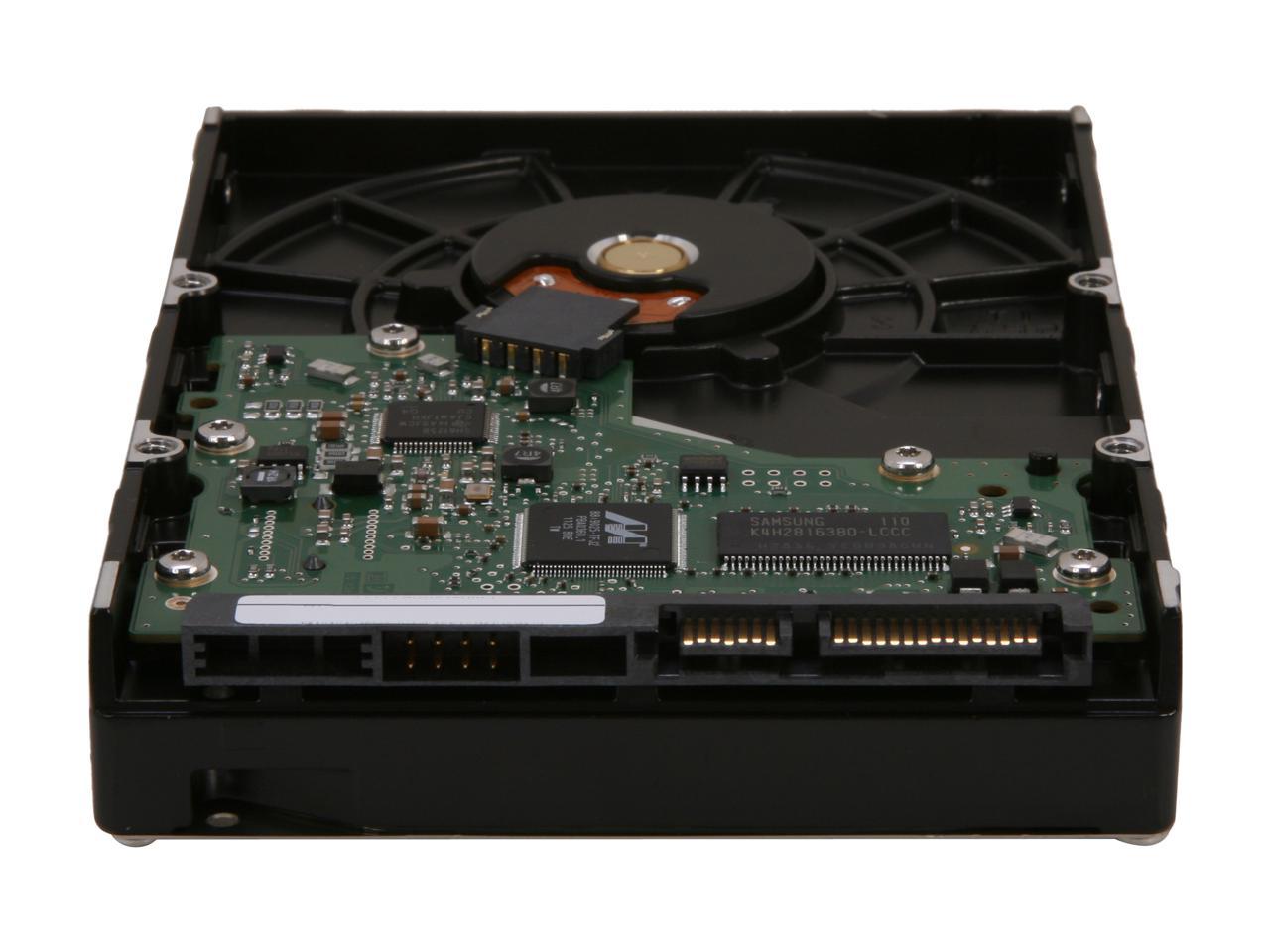 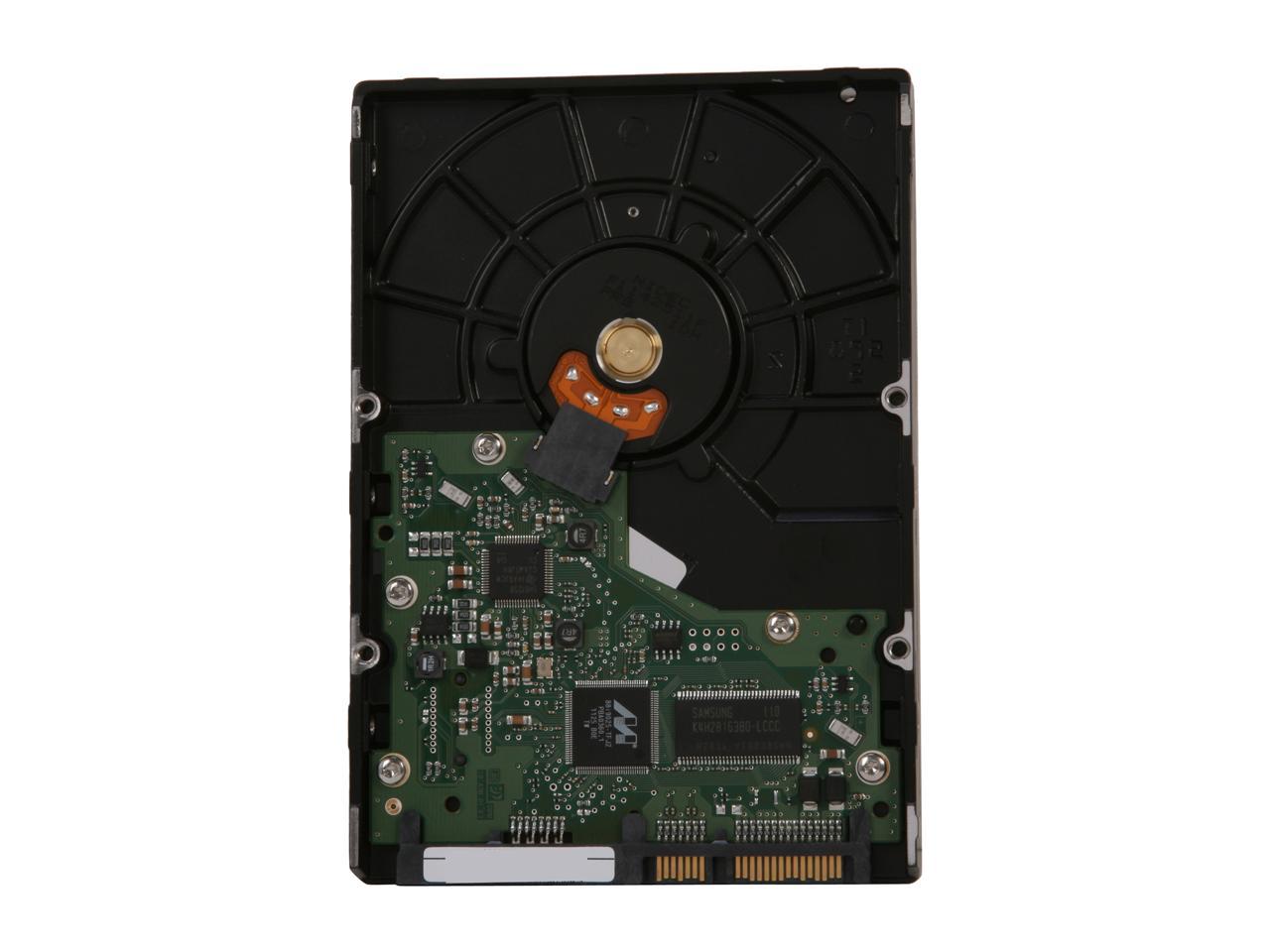 (659) Write a Review
OUT OF STOCK.
Specs
Reviews

Pros: Great drive but only 4 eggs because samsung is now a seagate product. Fortunately I purchased this before seagate acquired samsung.

Pros: Single 500GB platter, highest areal density available, runs silent and cool, average read tested higher than I expected, higher than 7200.12, which would make it fastest among 7200rpm drives. Once again, NewEgg delivered the next day (to Los Angeles).

Cons: None yet. Oh, can't hear it. Is that a con? Also, this is my first Samsung. Hope that doesn't turn out to be a con.

Overall Review: I was looking for the fastest single-platter drive, for the usual technical reasons, having been extremely pleased with the low-profile drives in the 7200.10 series. Wasn't sure if the new F3 would live up to the F1's reputation. Found some tests of F3s released a bit earlier in Europe and decided to take a chance. The Polish benchmark turned out to be the closest to what I ended up getting. My newly formatted, otherwise empty disk showed HDT readings of 256.2 MB/s burst, 13.5ms random access, 4% CPU utilization, and 121.9 MB/s average read. I tested three times and the numbers were within 1-2%, this being the best. (Sorry I can't paste a screen shot into a NewEgg review.) Looks like the F3 is indeed faster that the 7200.12 in synthetic testing. As to real world performance and longevity, we'll see. Will follow up this review if I run into any issues. Based on my first impression, though, I've already ordered a second drive.

Pros: Great drive so far ive had it for 6 months and it works!

Cons: Had two drives with bad blocks, but read on....

Overall Review: See my review from 2/20/2011 8:00:45 AM My letter to Mr. Kim, the CEO of Samsung America, was not useless. The Office of the CEO called me and I received an apology for the problems as well as the promise to send me a 25$ Amex gift card to cover any shipping expenses. The card arrived a few days later. I sent the drives with USPS and received working replacements within five business days. The drives should have not turned sour in the first place, but Samsung's response was excellent and as far as I can tell, the replacement is a brand new drive. Checked the warranty on the replacement and it expires at the same time as for the original drive, which is OK. This restored my opinion on Samsung and is worth taking the time to write an update and give applicable overall rating.

Pros: Fast, quiet, cool running. No issues at all, the BIOS picked it right up and after a quick format and restoring of an image, I was up and running within 20 minutes. When I say quiet, I mean I cannot distinguish this drive from the background noise of the CPU and case fan, even while copying gigabytes of data to it. So far everything is great, and performance is nearly as good as my WD Black drive with twice the cache. At forty four ninety nine shipped, it is hard to beat this. Just a great deal for a very good drive. Don't shy away because it is Samsung, they make a lot of good stuff, including hard drives.

Cons: I know that this drive and this series is new so the future isn't guaranteed, but all indications are that this is a well built quality drive and should hold up for a long time.

Overall Review: The F3 series is new, and their 1TB drive has been well received, and this drive is simply the 1TB drive minus one platter and with half the cache. The difference in performance between 16Mb and 32 Mb cache is minimal, and mostly serves to help power sales. In reality, you'll hardly notice the difference. I have to say that Newegg has solved their packing problem. The drive came in its own plastic bubble pack from the factory and then Newegg wrapped it in traditional bubble wrap and put it in a box filled with packing peanuts. It would have taken a fork truck to have damaged it. Glad to see they have responded to a problem and corrected it.

Pros: *138 Mb/s on pcpitstop overdrive hard drive test *29 degrees celsius at idle in my very small HTPC case (about the size of a VCR) which sits in a wooden compartment underneath my LCD TV in my entertainment center *Although it is a bare drive, it comes in a plastic encasement with 4 screws and instructions. Still need to bring your own SATA cable though.

Cons: Newegg dropped the price by $5 the day I received this hard drive

Overall Review: Partitioning your hard drive and creating a small boot partition will help you achieve the best speeds on your hard drive. I partitioned this drive into an 80 gb boot partition and the remaining 420 gb will be used as a general storage partition. By accident, I installed Windows 7 on the 420 gb partition. I tested it out, and the hard drive rated at 102 Mb/s. Putting the OS on the 80 gb partition resulted in ~30% faster (138 Mb/s) speeds. Means faster OS boot times and faster program startup times.

Cons: I had a drive failure when formatting a partition, re-creating the raid array solved it (?). I hope it was user error on my part.

Pros: You put stuff on it. It remembers the stuff, and you can get it back fast.