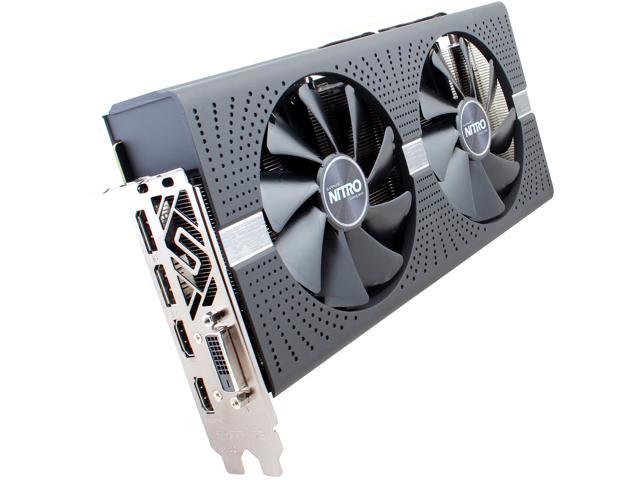 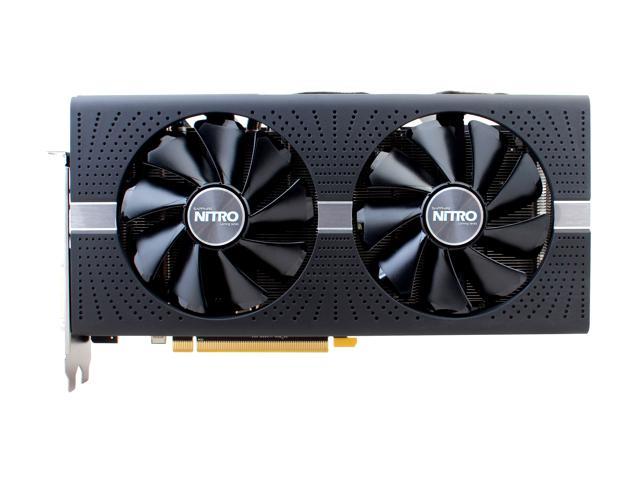 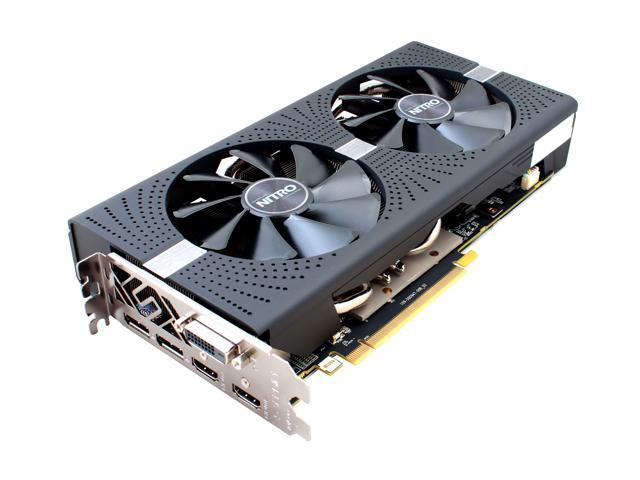 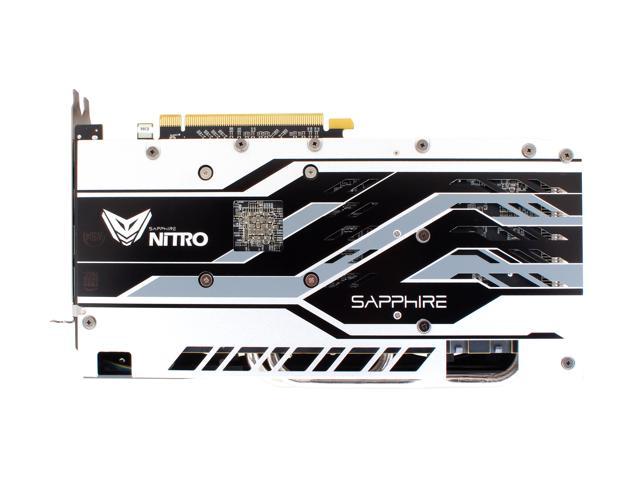 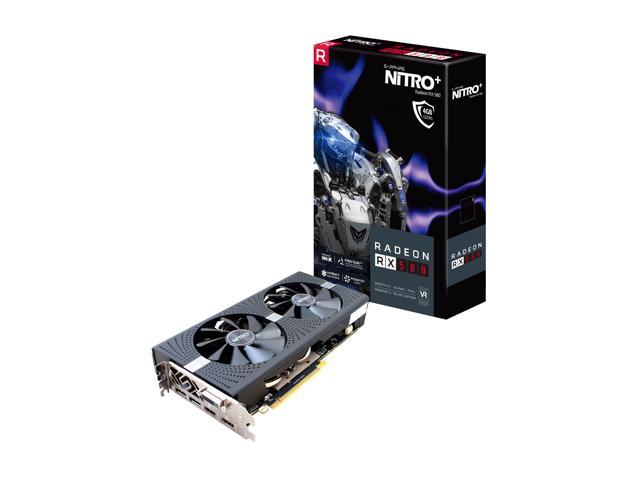 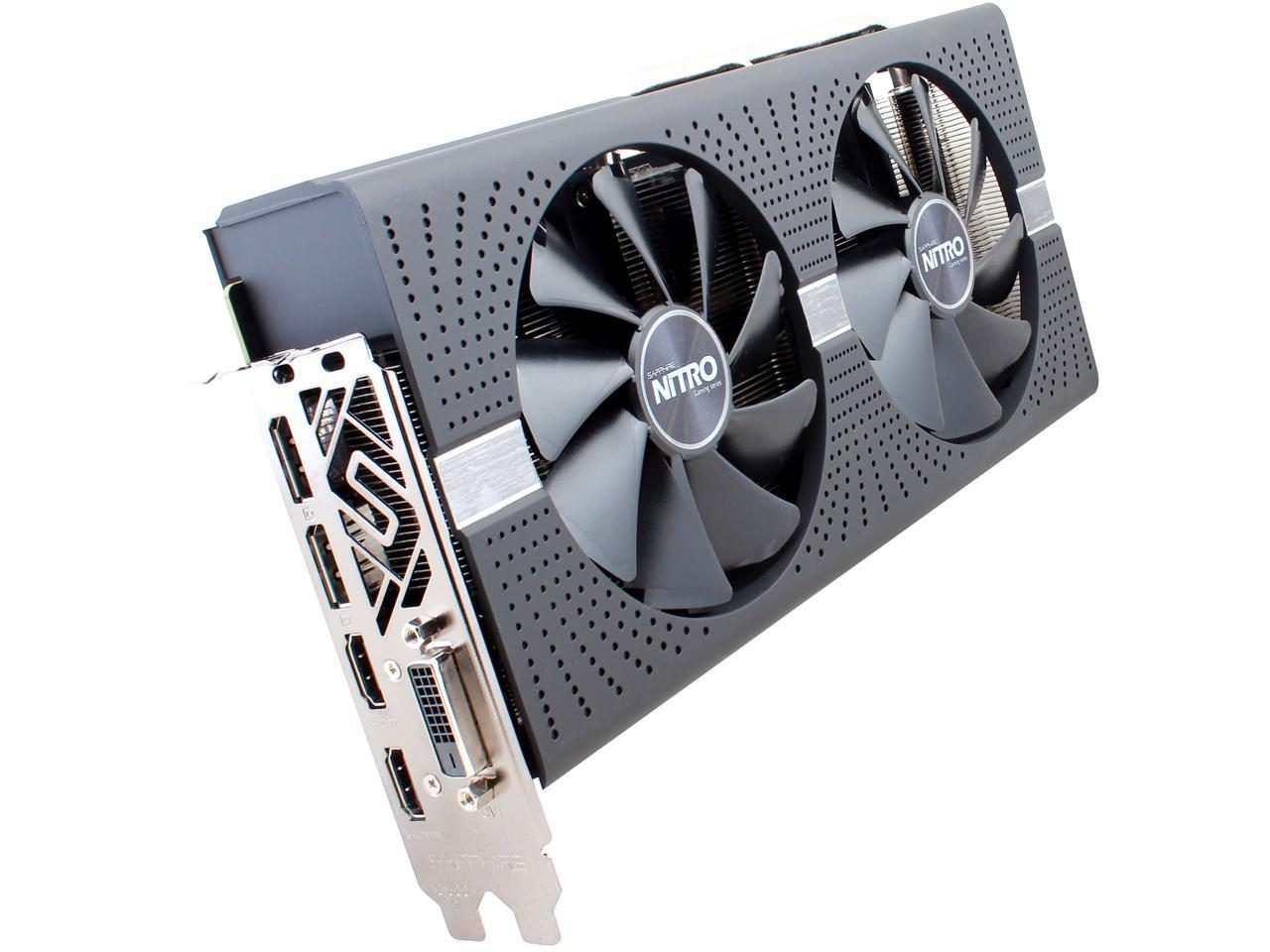 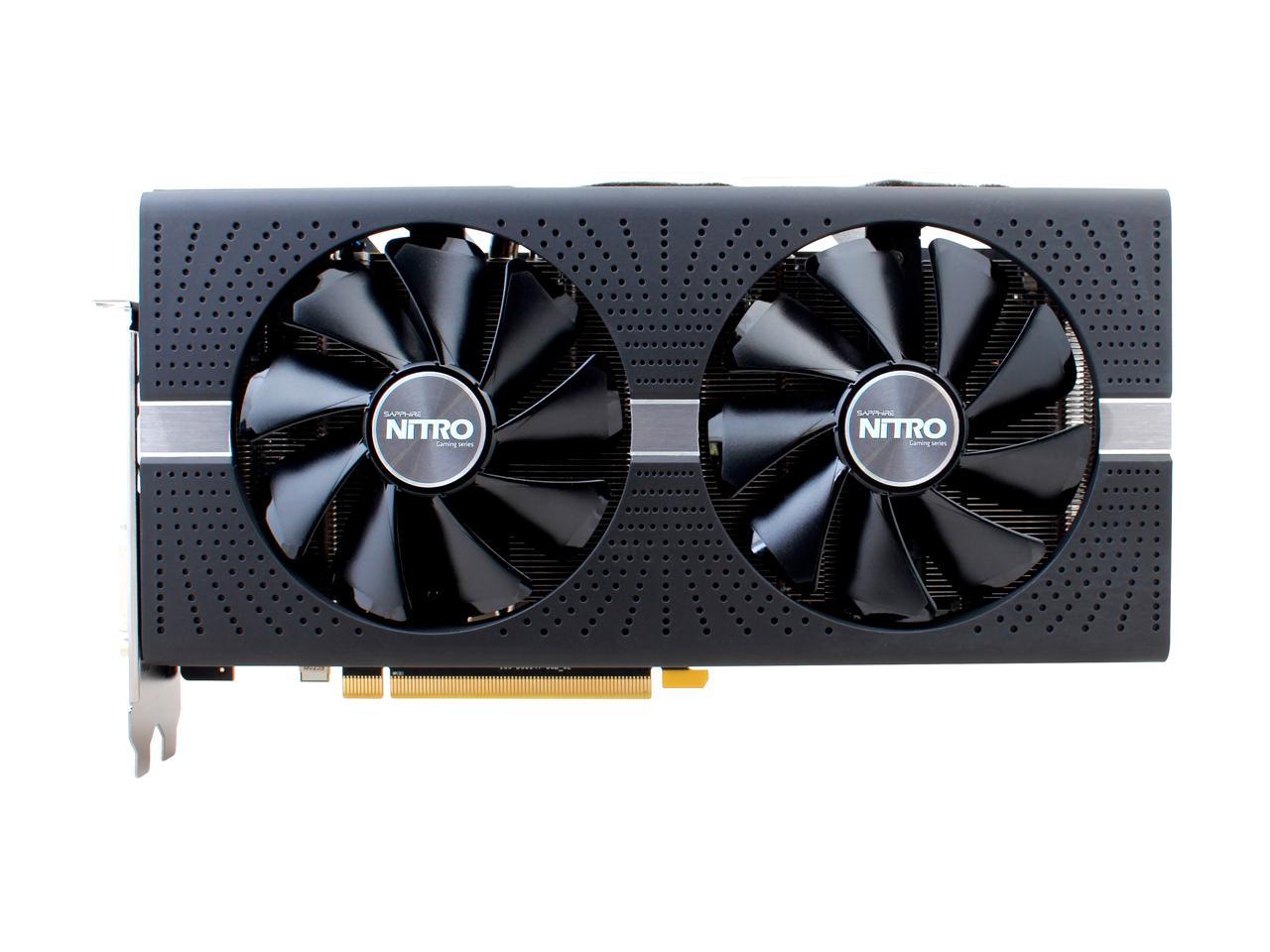 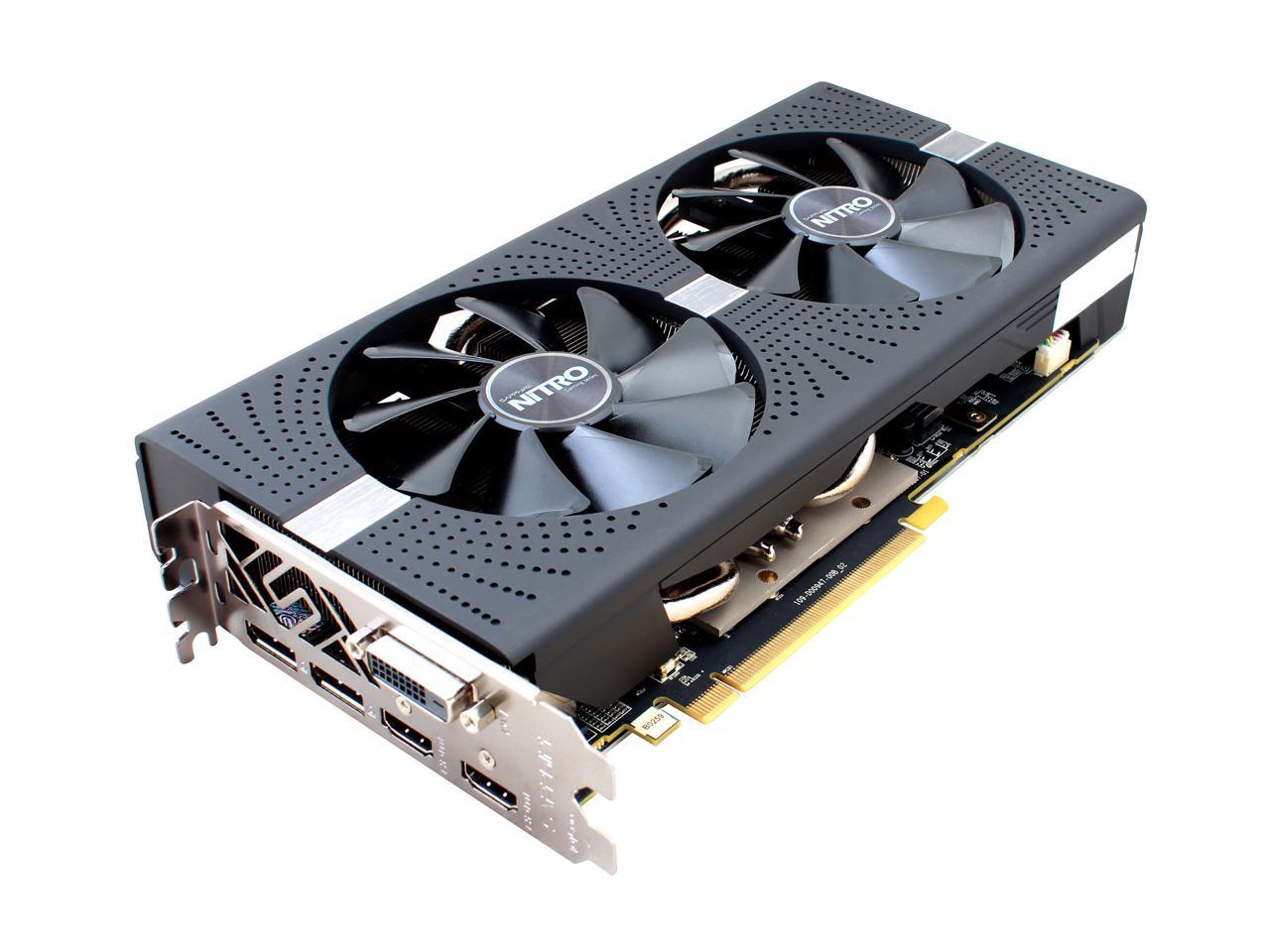 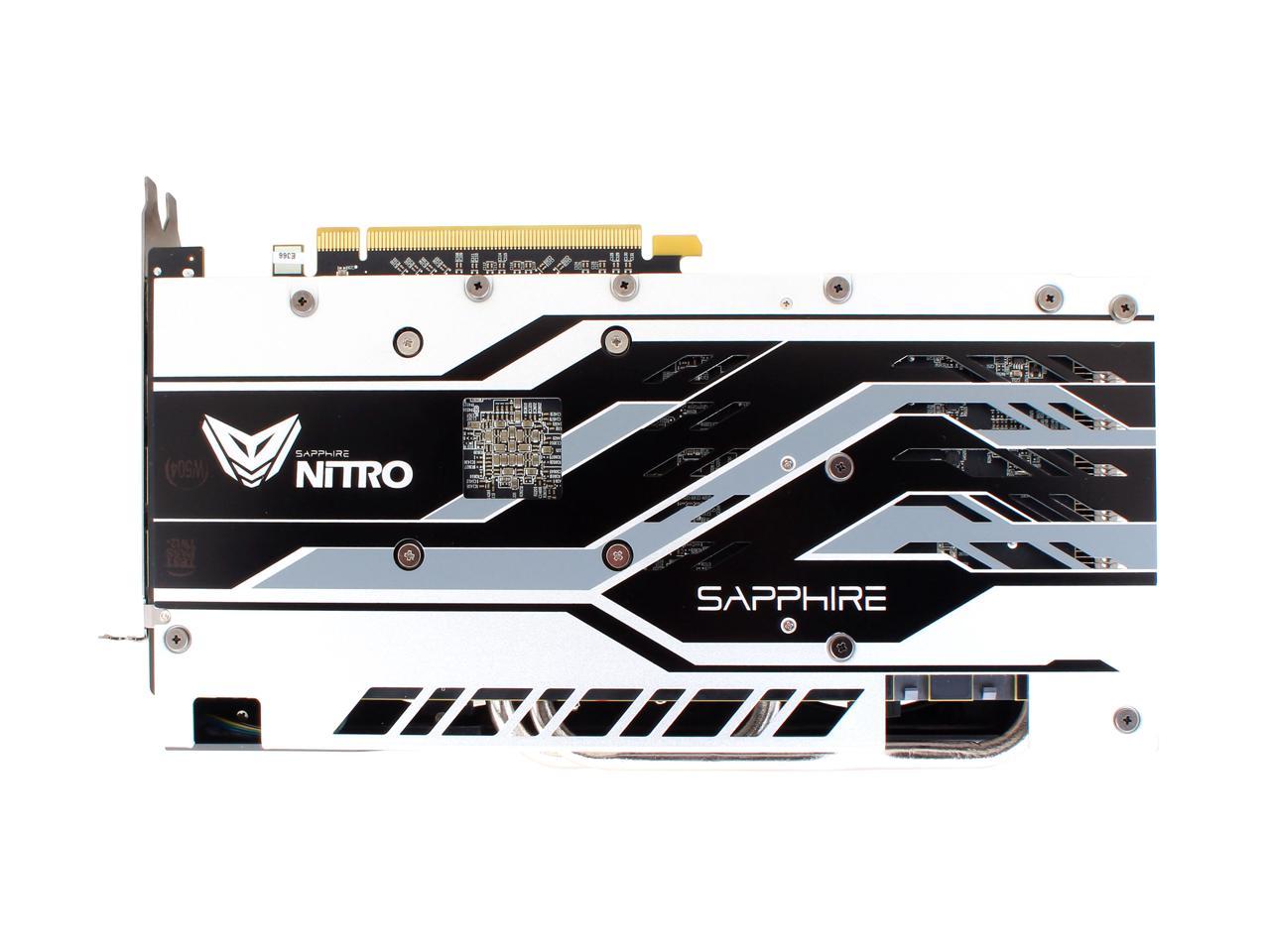 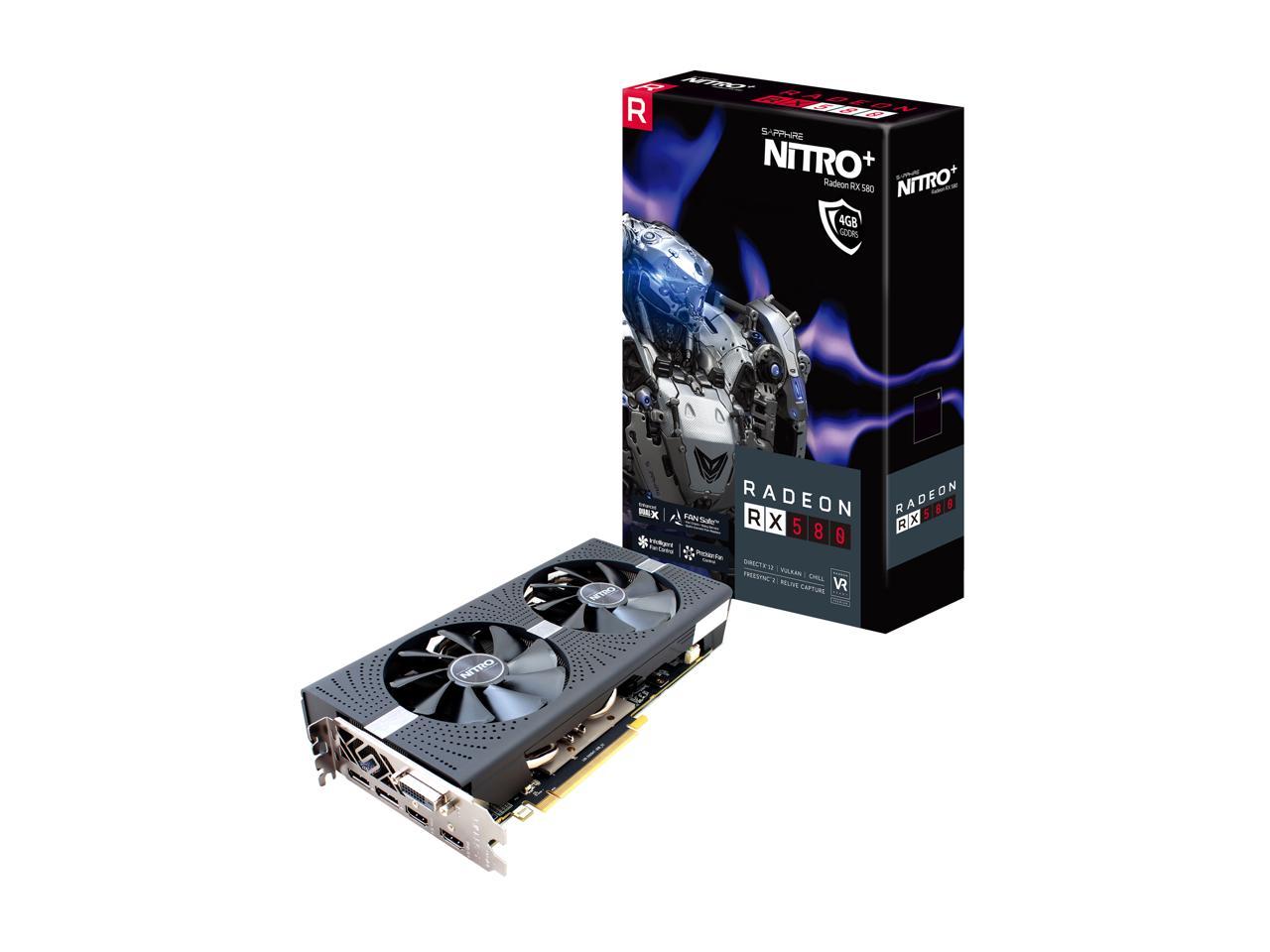 This means that the product has been opened, possibly used but is in perfect working condition with no signs of cosmetic or functional defect. Product may includes warranty, and accessories found with the original product. Product may or may not be in the original packaging. Returned items with minor packaging defects fall under this category.
See more "rx 580"
In stock.
Ships from United States.
Overview
Specs DirectX 12 and Vulkan are here! Polaris architecture assures great performance in the games of today and tomorrow thanks to the asynchronous shaders and an enhanced geometry engine. With these next-gen APIs, PC gaming has never looked and performed better!

The Beauty of HDR

Featuring a brand new display engine, the Radeon RX 580 graphics card is ready to power the new generation of HDR displays, content and the future of gaming. Modeled after the acuity of human vision, HDR vastly expands the range of colors and contrast ratios that can be shown by compatible displays. The Dual-X cooler featured in the latest SAPPHIRE NITRO+ RX 500 Series cards is an all-new design. We've doubled the fin surface area and used an efficient combination of 2x 8 mm and 2x 6 mm copper heatpipes. As a result, both the noise level and temperatures are down compared to our previous generation. With NITRO+ models, SAPPHIRE has upped the stakes with its new Fan Check system, which allows users to check the cooler’s status via SAPPHIRE TriXX 3.0 software.

To resolve a specific fan issue, SAPPHIRE’s Quick Connect System provides a quick and easy solution. If there’s a fan issue detected, the user doesn’t need to return the entire card – SAPPHIRE’s partners will send out a replacement fan directly to the customer or the retailer. Please contact your place of purchase to request a fan replacement. SAPPHIRE’s channel partner will arrange the ideal solution for you to receive your replacement fan.

On the cooling module, heatsink is stamped to the shape of the MOSFET with high thermal conductivity pad to take away the heat efficiently. On the backplate, same idea is also implemented around the back side of the MOSFET area. Precise Fan Control
Traditional fan may have up to 10% difference on fan RPM from fan to fan at the same fan duty cycle. Now with the new fan controller on the SAPPHIRE NITRO+, this tolerance is reduced to 3.2%. This improvement on the accuracy ensures the cooling and noise performance of every card is up to the standard.

The graphics card is more than just another component; it’s the beating heart of your gaming system. It should look as good as it costs. With tasteful shroud design augmented by RGB LEDs, each card is practically a piece of art.

You can even change the colours of the LED, for your own customized design. This can be controlled via software using the latest version of SAPPHIRE’s Overclocking Utility TriXX 3.0. You can choose from a set of five different modes including Fan Speed Mode, GPU Temperature Mode or the colourful rainbow mode. If you prefer, LEDs can also be turned off.

The all-aluminum backplate provides additional rigidity that guarantees nothing bends and dust stays out. It also helps cool your card by increasing heat dissipation. Black Diamond 4 Chokes
10% cooler and 25% more power efficient than a normal choke. New Mark 4 chokes with built-in heatsinks reduce the coil temperatures by other 15% over the Mark 3s.

Unlike competing technologies, there is no performance penalty, stuttering or input lag. AMD FreeSync is also fully compatible with Adaptive Sync, the new DisplayPort 1.2a standard, so you will never be limited to monitors using expensive proprietary hardware. Get Ready for VR

SAPPHIRE NITRO+ Radeon RX 580 is fully VR-ready, so you can embark on virtual adventures knowing that your experience will be smooth, wonderfully immersive and entirely stress free. Premium VR doesn't need to expensive!