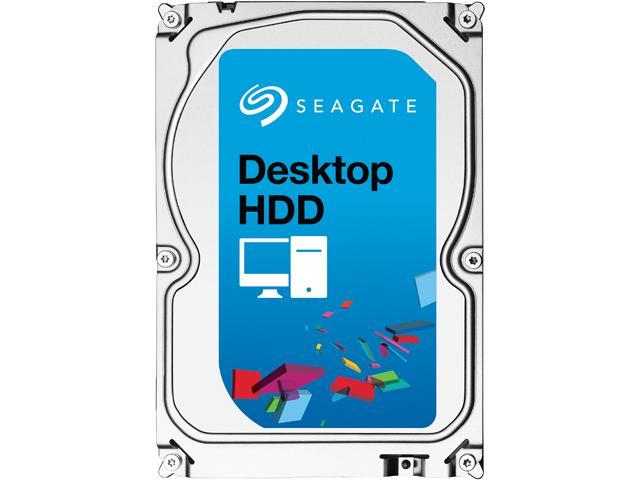 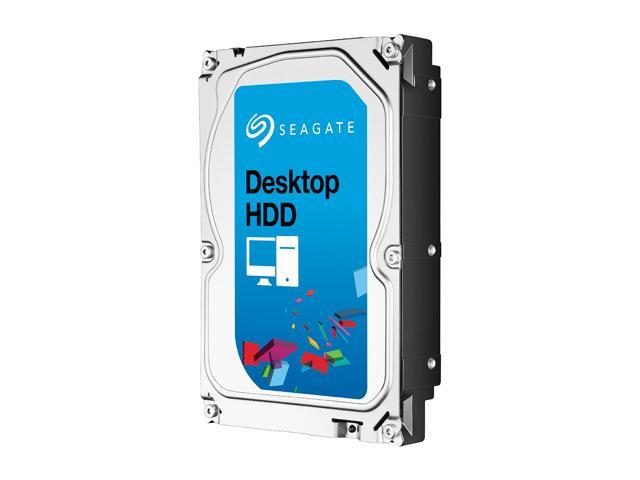 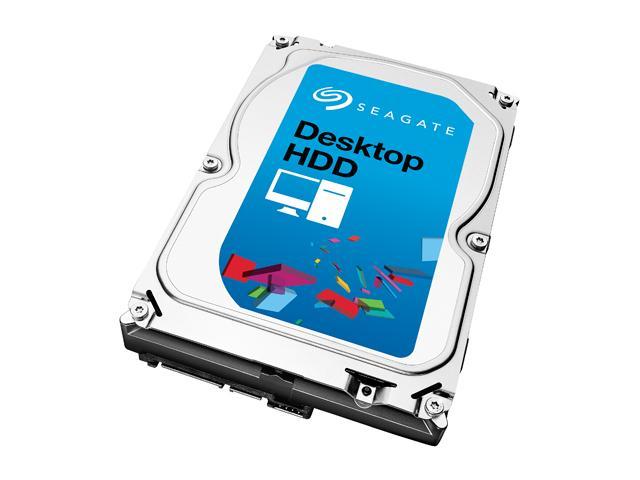 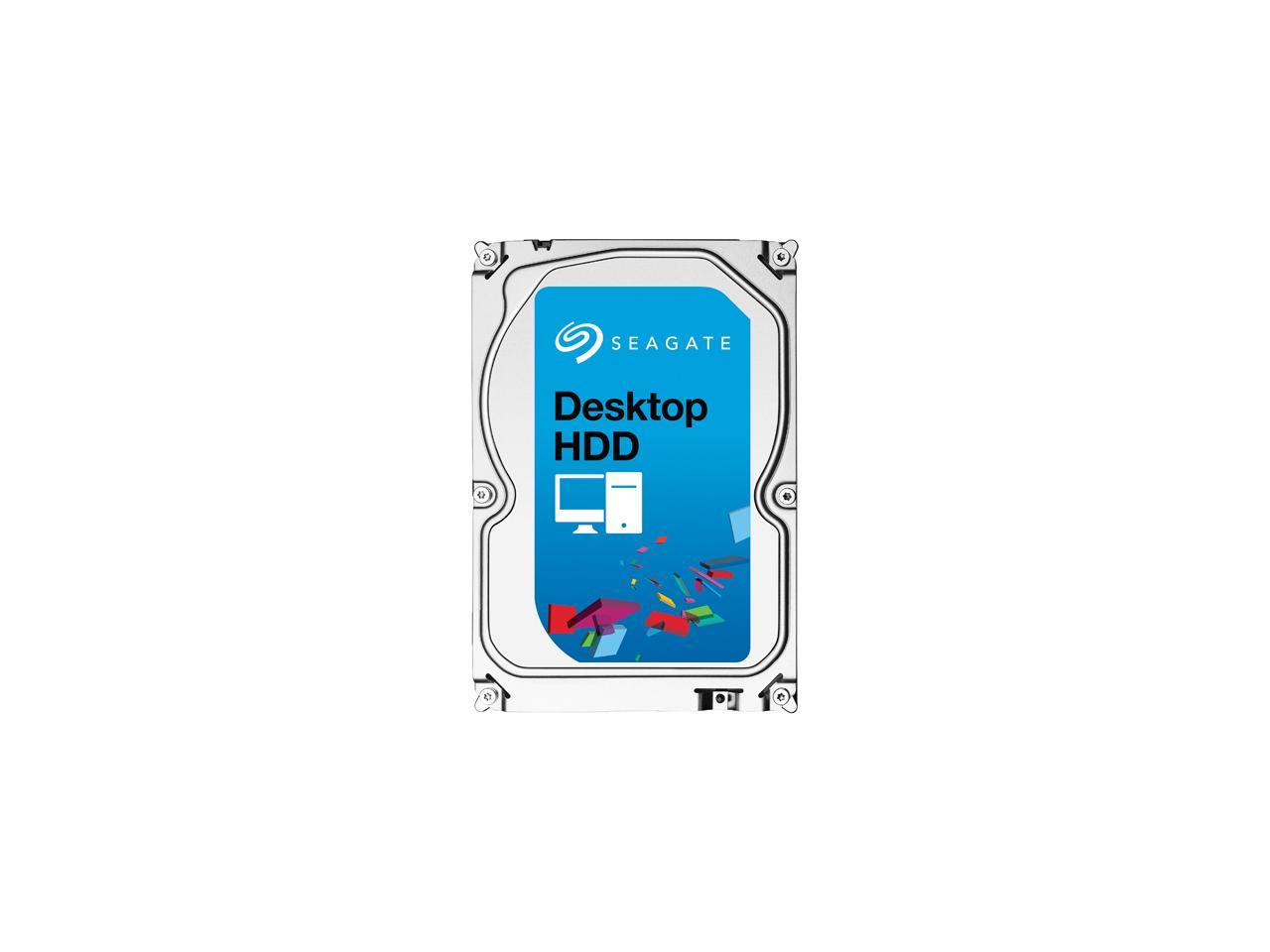 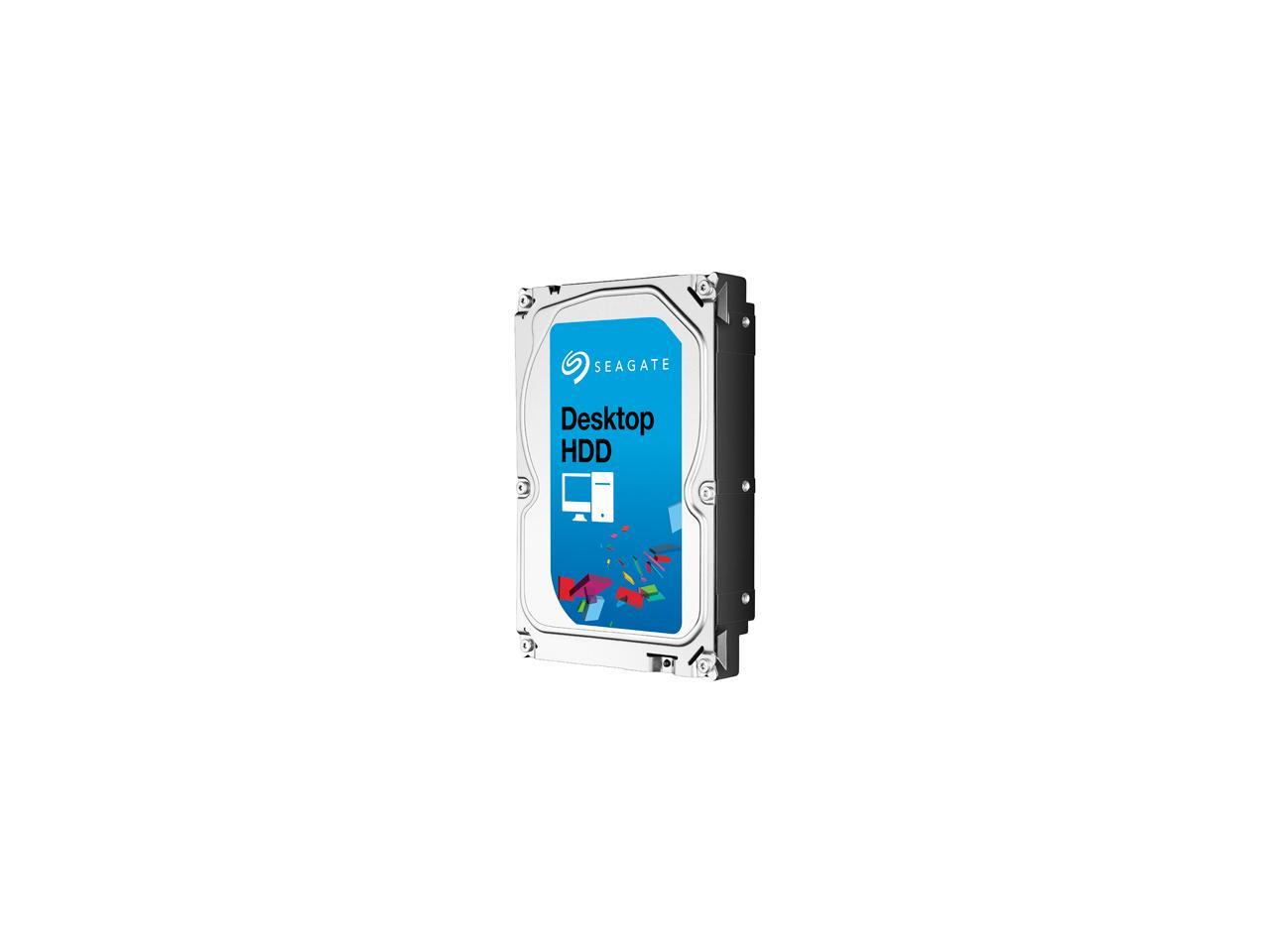 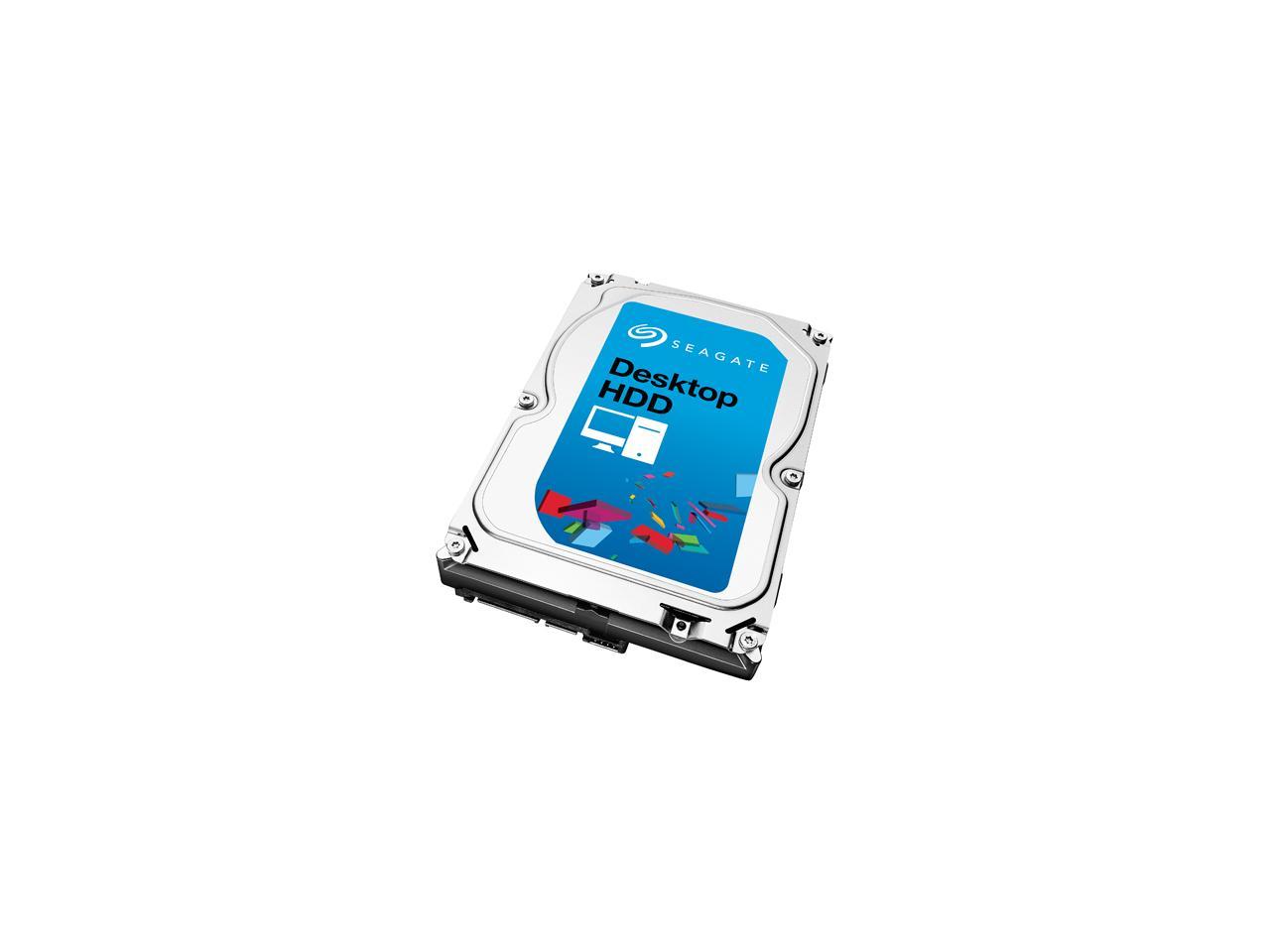 This means the product was tested and repaired as required to meet the standards of the refurbisher, which may or may not be the original manufacturer. Any exceptions to the condition of the item outside the manufacturer’s information should be provided in the listing, up to and including warranty details.
(42) Write a Review
In stock.
Ships from United States.
Most customers receive within 5-9 days.
Overview
Specs
Reviews

Learn more about the Seagate ST3750525AS

Pros: Low hours (2) and only two power on. Its Ingreat shap and passes both HDTune and crystal disk Info. Happy with it.

Cons: None it was a great buy on sale

Overall Review: I often will buy Refurb drives from Newegg. Out of 20 or 30 I've had maybe two bad ones

Overall Review: I purchased one of these, and had some free time, so I ran some tests on it. Drive shows as being a brand new drive with zero hours use. It may have been tossed into refurb because it had, say, a high seek error rate. If that matters. Or maybe it is a brand new drive that got taken out of a returned system. Who knows? This one seems new to me. In the old, old days you could change a few of the smart values in the firmware of a HD. That was some of the first HD's, I don't think that's true anymore. Some numbers have to jive. If you gave me a car with 100,000 mi on it, but zero on the odometer, then after I'm done testing it will act like an old car, I can tell. I mainly check for smart errors on the three big ones: reallocation sector count, pending sector count and offline uncorrectable. I always use a smart utility that has a lot of features, so I can see what's going on. I'm currently using parted magic. With a good smart utility and the right tests, you should see any see weak or slow sectors. If you benchmark the drive you may catch issues as well. The free version of CrystalDiskInfo doesn't have nearly enough information for me. I have one drive in the process of imminent failure right now, the data on my other advanced smart utilities all show clearly that this drive has less than half of its life left, has other errors. Free version of CrystalDiskInfo says its 100% healthy, no problems at all. This drive won't even boot most of the time. It's really worth it to purchase that good smart software, (like maybe non-free CrystalDiskInfo) it will pay for itself if you use it a lot. I stuck this drive in an old system with WindowsXP, just to see if it would recognize it. It did, but later it ran a chkdsk check on the drive, i couldn't stop it. Later, this caused the smart data to throw out some logical errors. This was enough to make the offline uncorrectable go from 0 to 1, meaning the drive failed the smart test. When I got it to a windows 8.1 machine and ran chkdsk /r /f it cleared all of this up. If you use old or buggy software or utilities on your HD, you can make logical errors on your drive, and it will fail the smart test. Of course you can correct the errors later, by running chkdsk on W7, W8 or W10 - maybe write all zeros on it first with software or dd.

Overall Review: Fast shipping. The HD looks like it was never used. I hope it's not going to fail when it's too late to return it but so far it's fine.

Cons: None so far. Installed about a week ago. Hope it lasts.

Overall Review: Would get another one but they are sold out.

Pros: As cheap as it should have been

Cons: Do not buy this unless you check everything as soon as you receive it. I waited to install and discovered DOA after the RMA period was done. I can hear the little bugger spinning in there, but it is not recognized by any software known to man

Overall Review: Is your data worth nothing to you, then buy this DOA little device.

Pros: Price was inexpensive. Said it was "Manufacturer Re-certified"

Cons: 1 Egg, deserves 0 eggs - waste of money DON'T BUY this drive, HIGH FAILURE RATE! Be sure to also read the other negative reviews. Purchased on 3/21/2015, received around the 24th or 25th, installed same day. Started noticing intermittent slowness, lack of response about a week or two before 1st failure notice on 8/8/2015. Prior to failure message, I hadn't yet thought that it was the hard drive, I thought the symptoms might have been malware or an infection. Failure notice appeared 140 days (not even a full 5 months) after the purchase date, 50 days after 90 day warranty was up.

Overall Review: I'm lucky, it has taken me a few days of trying (letting the drive sit and cool off between each retry), but I managed to back up all of my files. So fortunately my loss is limited to just the cost of the drive. I know this is refurbished, but was fooled by "Manufacture Recertified Bare Drive" in the title. Be sure you have good backups with any drive but especially this one. Newegg Warranty: Limited Warranty period (parts): 90 days Limited Warranty period (labor): 90 days Seagate's website says: The product you identified was sold as a system component. Please contact your place of purchase for service. Seagate sells many drives to direct OEM (Original Equipment Manufacturer) customers. These products are usually configured for the OEMs only, as components for their systems. You must contact your place of purchase for any warranty support on these drives.

Pros: The hard disk was very well protected and looking at the box that it came in it was a good thing. I have purchased several drives that were re-certified by the manufacturer and I have not been dissatisfied with any of them. Running a benchmark test using ATTO the read/write speed of the drive is roughly 121,189 MBs / 121,739 MBs on a SATA 6.0 controller.. This speed is pretty much average or a little above average for a mechanical drive. I used disk-check-up to test the drive further and the disk on time was listed as 1 hour. That is about how long it took me to clone the drive and install it into my computer. By all appearances the drive has never been used before or all the internal registers were reset by the manufacturer when the disk was recertified. The drive is very quiet when it is running and I actually had to touch the drive to determine that is was running. I have two 120 mm fans mounted in the front of my computer and the temperature of this drive stays at 29 degrees Celsius which I feel is well within the range of 0 to 60 degrees Celsius recommended by Seagate.

Cons: None that I can see.

Overall Review: I had a difficult time deciding to buy the drive because of the mixed reviews that were listed on NewEgg. At $25.00 the drive was a steal at this price, but if the drive was bad and you had to RMA it then you lose all of your savings. I wanted to buy two of these drives to have one as a spare. and I should have followed my instincts and gone ahead and bought two. Unfortunately I was scared off by the reviews. All things considered I am very pleased with this drive. You are getting a lot of storage space for very little investment. If you receive a drive like I received you can't go wrong buying one. I may buy several more of these as I have the money. I do not understand why this re-certified drive has such a high failure rate being reported. This is my second 750 GB re-certified and the other drive is still running fine after 229 hours. I guess it is a 50/50 chance that you are taking buying one of these.

Cons: 90-day warranty. Failed in 110 days. Cannot return it. Only used it as a backup too. It just sat there doing nothing most of the time. And that's how it died, doing nothing.

Overall Review: What a waste. Add another notch to my failed Segate belt.