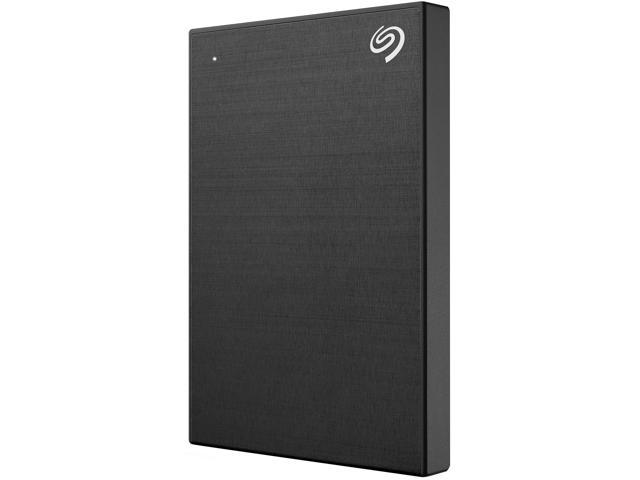 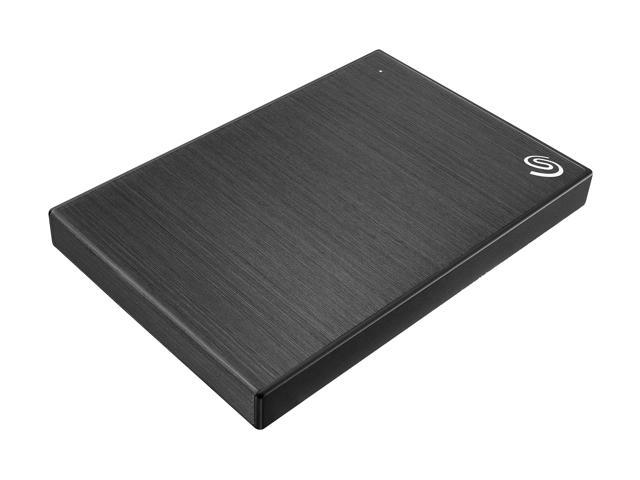 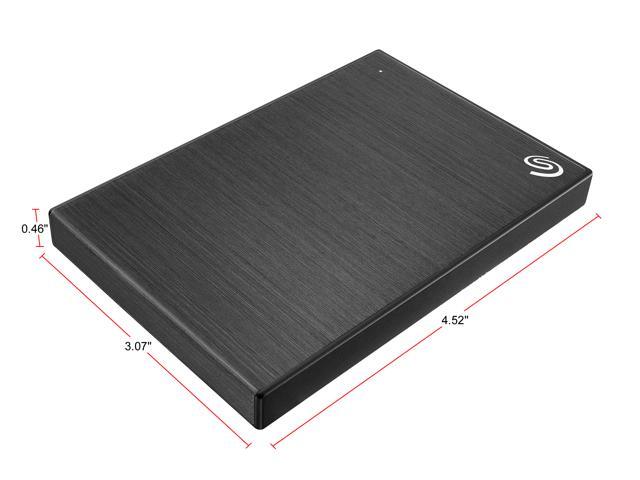 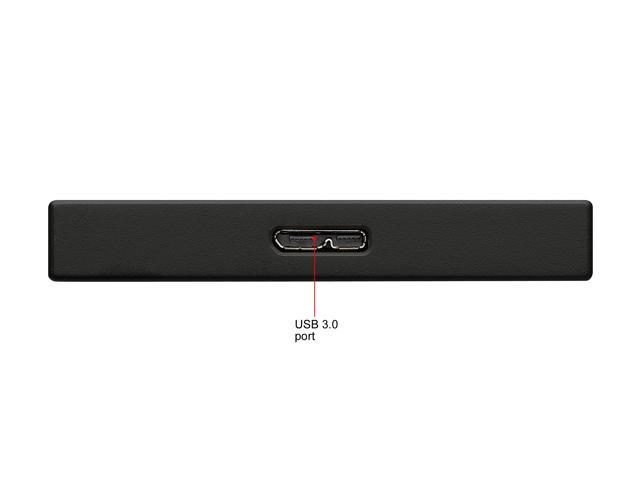 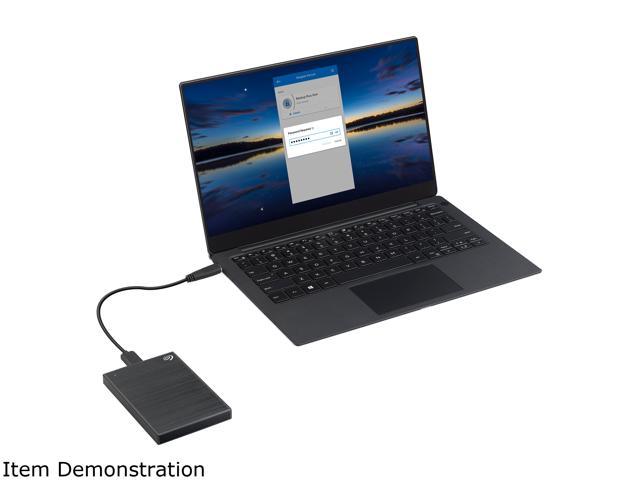 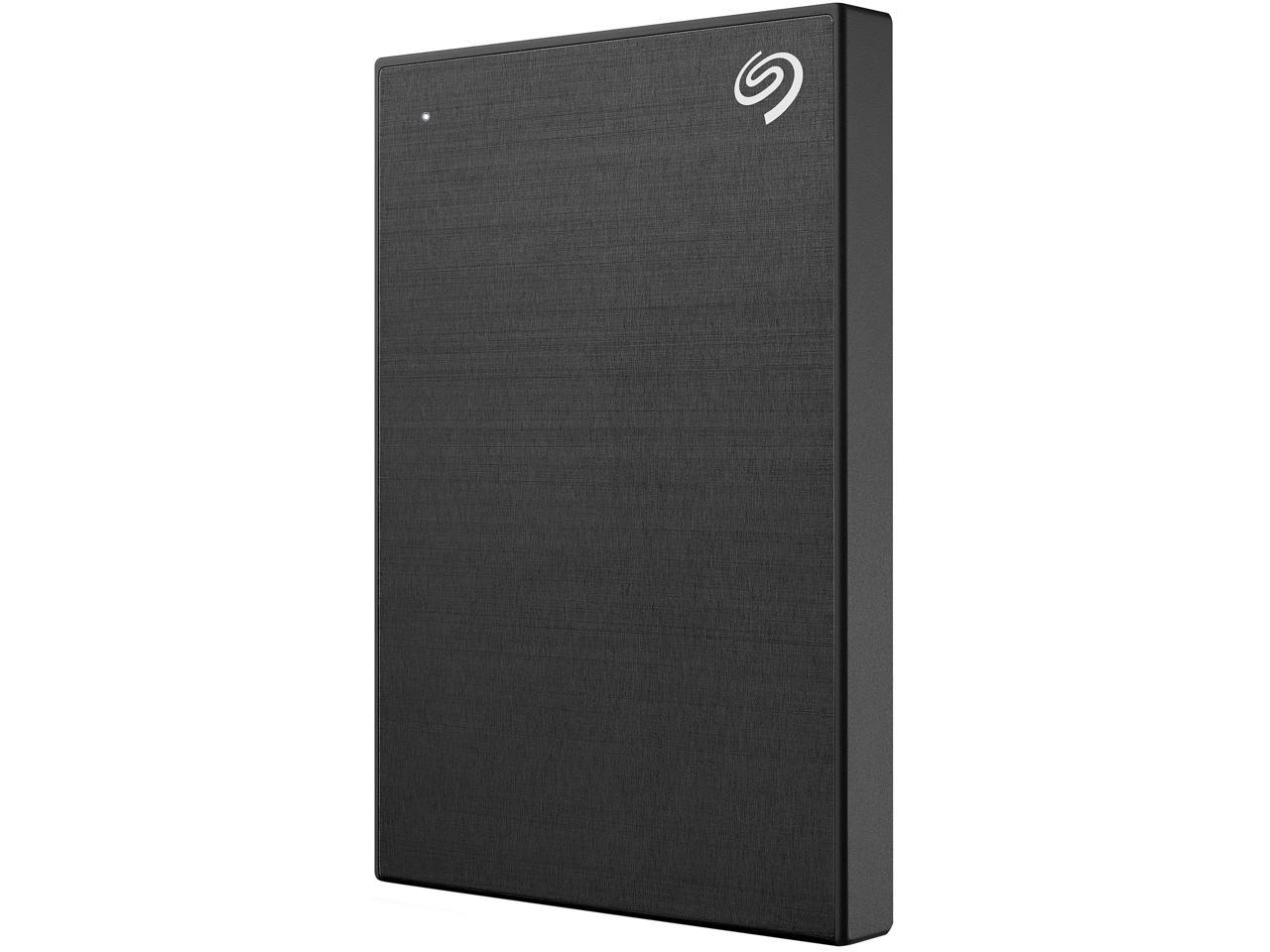 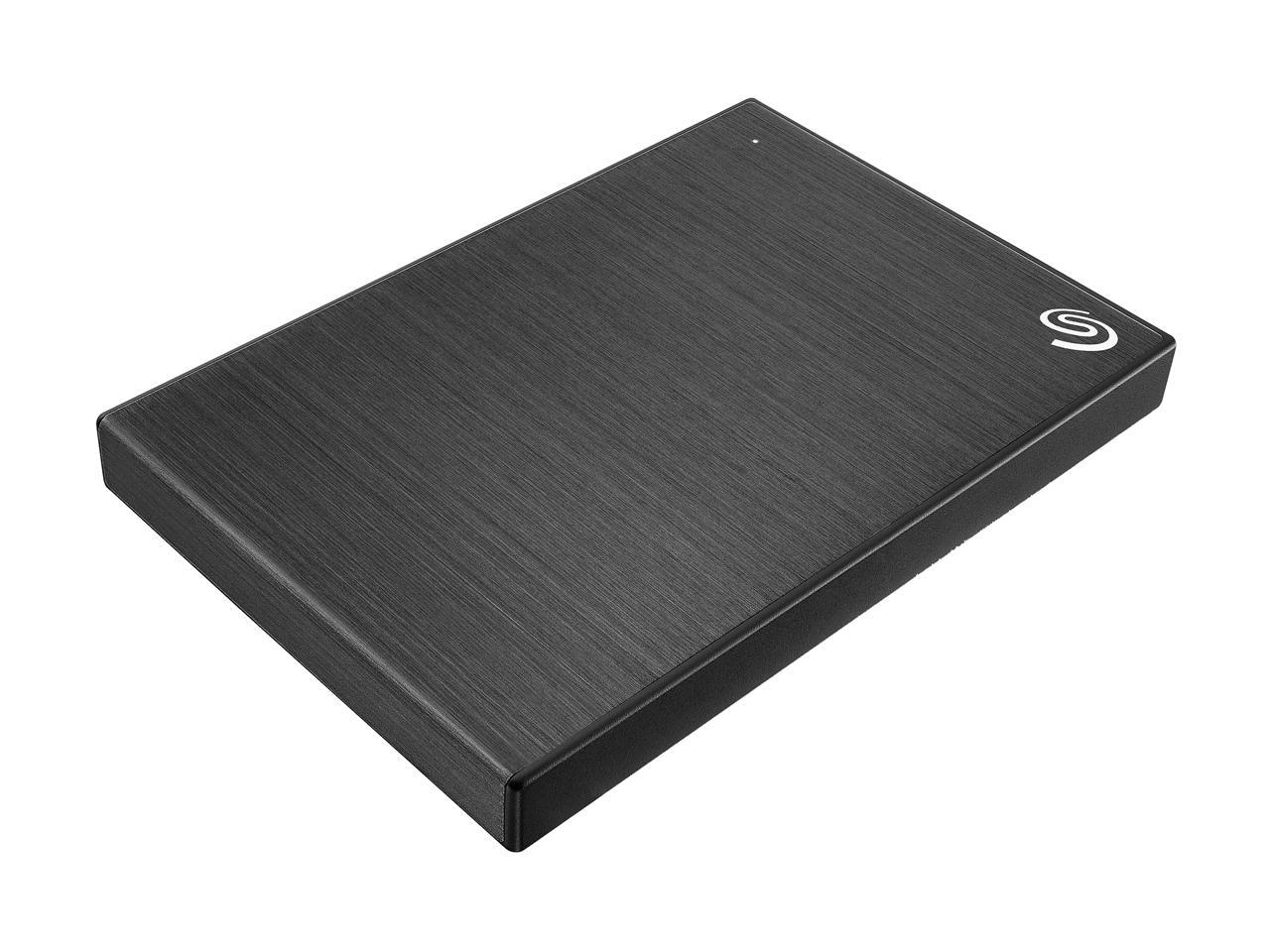 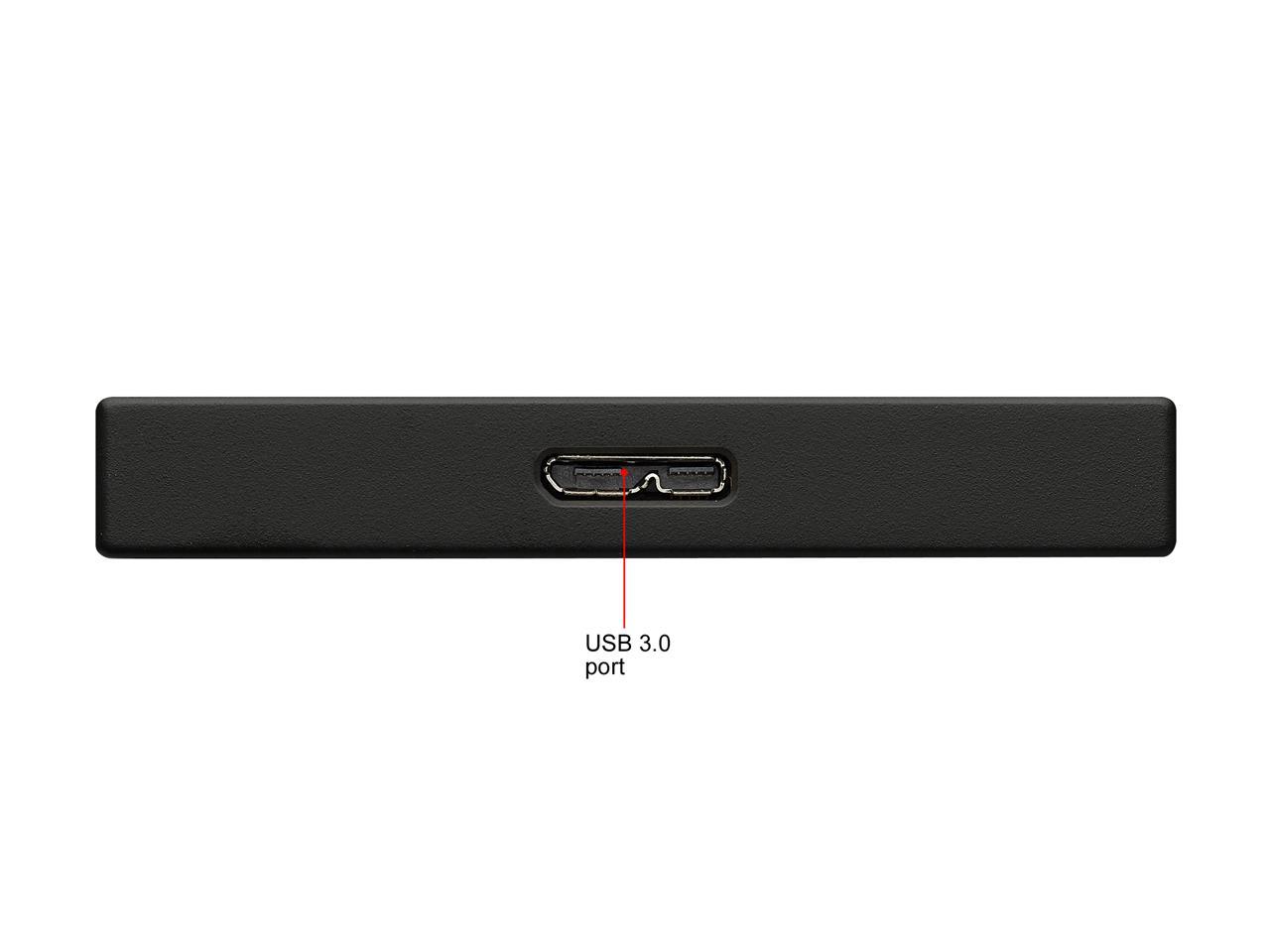 Learn more about the Seagate STHN2000400

Overall Review: Drive is not worth a penny if it fails in less than three months.

7 out of 7 people found this review helpful. Did you?
Manufacturer Response:
Hello William M, We regret to hear about your experience with the Seagate Backup Plus Portable HDD. From what we understand, your drive failed within three months of use. We’re certainly sorry you’ve encountered this circumstance, however, we’re hoping to lend a helping hand and offer some assistance which may resolve the issue. In your situation, we would suggest the following: - Try connecting the drive to another port on the computer and ensure it’s connected to a port directly (not in a hub, router, or docking station)? Even if a drive used to work in a hub, router, or docking station, problems can develop later. - You may also try using a different cable as it maybe an issue with the cable. - Verify if the drive detects within Disk Management (on PC) or Disk Utility (on Mac). - Try connecting the drive to another computer to see how it reacts. Performing these steps can rule out a problem with the drive itself. There can be situations where the problem is related to other things which can affect the drive. Please follow the troubleshooting steps in the link below: https://www.seagate.com/as/en/support/kb/usb-external-troubleshooter-003581en/ If you were not able to find a resolution with the troubleshooting steps listed above, we’d like the opportunity to carefully review your concerns and work towards a resolve for you. Please request to speak with a Seagate expert by phone or email with the link below, so we can further investigate and explore the available options: https://support2.seagate.com/?language=en-us Kind regards, Matt Seagate Support.
David K.
Ownership: 1 week to 1 month
Verified Owner
Reliable Storage6/27/2020 10:40:53 AM

Overall Review: I've bought several of these over the last few years. All good & reliable. Until there is a SSD version with similar capacity and an affordable price, this is my external drive of choice.

Pros: Small, Nice looking, well made, NO NEED FOR POWER-BLOCK, much better than anything on the market before.

Cons: Well, the only flaw - it is not a solid state. But, it will take time before we can buy one like that.

Cons: I've been warned, by those that deal with failures, that the multi-TB laptop-size drives from all manufacturers are prone to damage from mechanical shock, so beware.

Overall Review: Recommended, and Seagate is my preferred brand.

Pros: The USB powered hard drive is always a plus over the units requiring adaptors. I'm old enough to have had one of those 80gb USB-powered drives and I thought that one was great.

Cons: The only con I can come up with is the write-speed. But hell, if you want high write speed, get a model that uses and adaptor instead of the USB power.

Overall Review: Excellent. Got this for #2 son's birthday, and he STILL likes me.

Cons: The ones that did work were extremely slow. Didn't work with system running Ubuntu 20.04. Some wouldn't mount on a Windows 10 laptop.

Overall Review: I am extremely disappointed in these drives. Maybe I just got a bad set of drives, but they were all defective. I ended up returning them as defective to Newegg for a refund. I'll be going back to the WD My Book drives instead. I purchased four of these 5 TB Seagate Backup Plus Portable drives with the intention of replacing four 3 TB My Book drives that were almost 9 years old. I use these drives for an offsite backups. Two are stored offsite. Two are connected to the Linux server on which a nightly backup of the network is run. Every Monday the drives are swapped so that there is always a set offsite. This system has been in place for years. A cron job kicks off the backup every night. The Linux server is running Ubuntu 20.04.2 on a Biostar B365GTA motherboard with an 8 core i7-9700K LGA1151 processor and 32 GB of DDR4 RAM. I expected the new drives to simply be drop in replacements. I used Gparted to delete what was on the drives and create a single NTFS partition on the whole drive. For two of the drives Gparted declared errors just trying to analyze the current contents. Thinking this would be solved with a new NTFS partition I proceeded formatting the drives. The nightly backup started normally, but took a tremendously long time. After a day and a half I killed the job and started investigating. As a test I tried connecting the drives to an Acer quad core i5 Windows 10 laptop to see if they could be used there. Two of the drives wouldn't even mount. The Windows 10 disk manager could see the drive, but couldn't use it. The other two mounted, but their performance was terrible. I booted the Linux server from a USB thumb drive running the 64-bit version System Rescue CD v7.01. I did this to be able to run tests on a system that had as little as possible running on it to get better test results. I used the hdparm utility to measure the read performance. This was a typical run for a drive connected to a USB3 connector using the short USB cable that came with the drive: [root@sysrescue ~]# hdparm -tT /dev/sde1 /dev/sde1: Timing cached reads: 34828 MB in 2.00 seconds = 17446.04 MB/sec SG_IO: bad/missing sense data, sb[]: 70 00 05 00 00 00 00 0a 00 00 00 00 24 00 00 00 00 00 00 00 00 00 00 00 00 00 00 00 00 00 00 00 Timing buffered disk reads: 30 MB in 3.04 seconds = 9.87 MB/sec ⇐ BAD I don't know why the "sense data" is missing. As mentioned earlier, Windows 10 had trouble trying to mount the drives. A similar, but different problem occurred on Linux. The drives were mounted when the backup script started to run. At some point during the backup rsync started reporting that the backup drive was not connected. The drive simply disappeared. Gparted had trouble working with these drives. I have never struggled like this before.

Cons: Not able to connect to router as back up

Overall Review: just have to plug in and back up occasionally

Pros: Great form factor, cheap as dirt and at least on the 2TB, not slower than my WD blue 1TB

Cons: Small enough to go in my back pocket but don't imagine that's a good spot for it

Overall Review: I'm definitely gonna be back when I inevitably fill this thing up with tons of poorly organized junk.