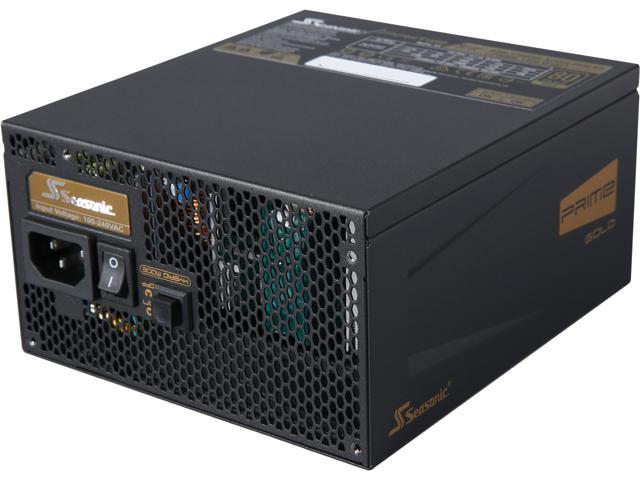 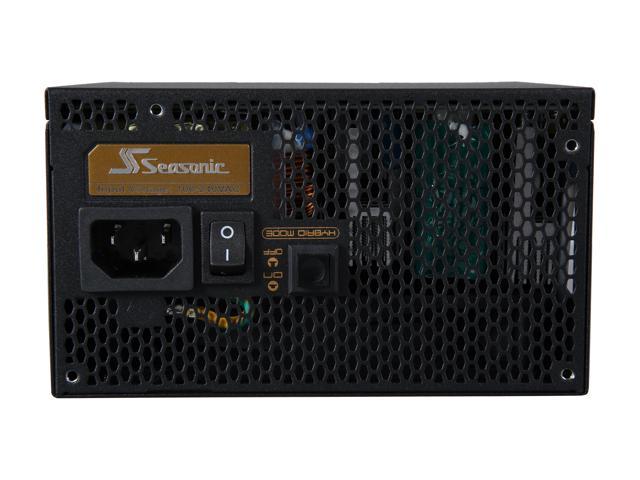 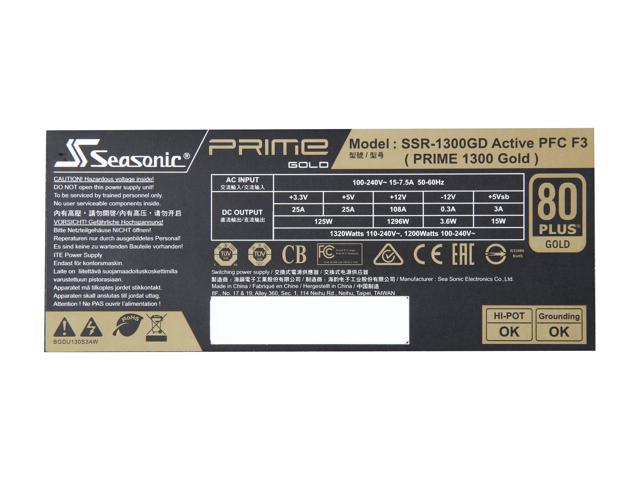 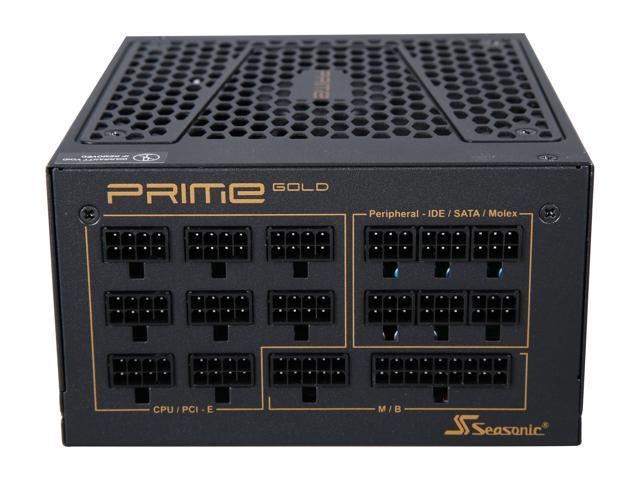 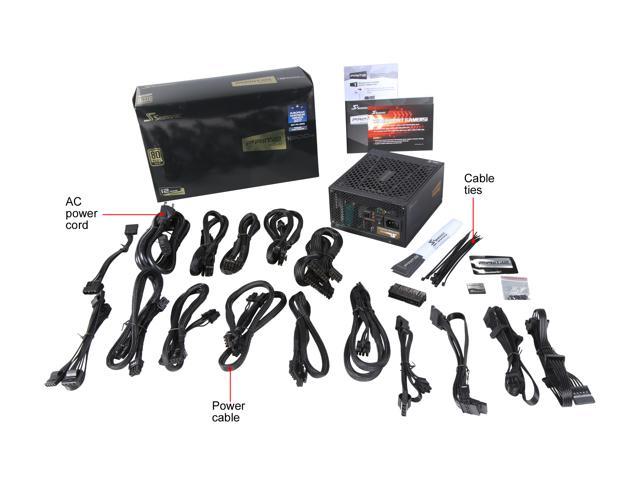 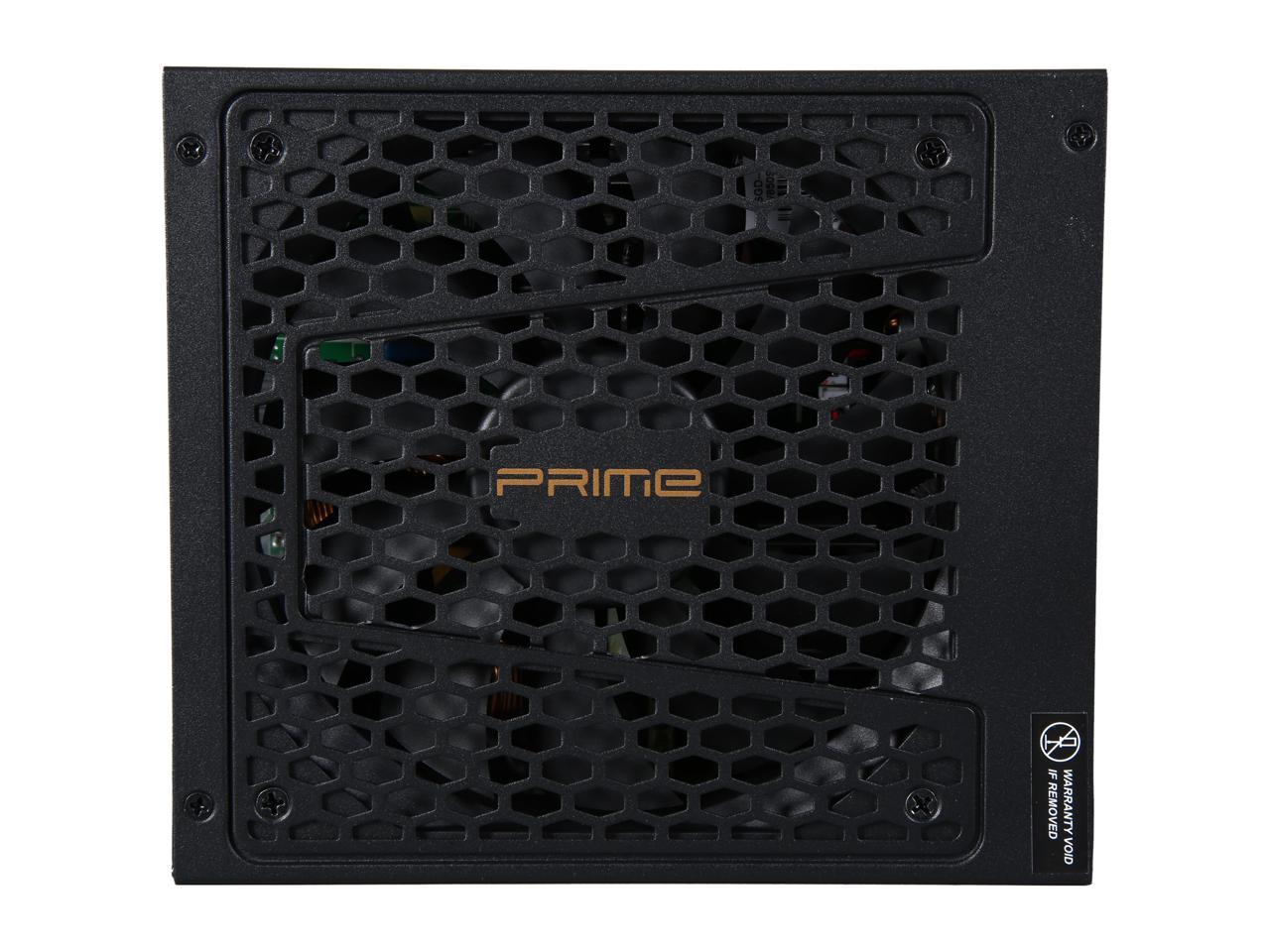 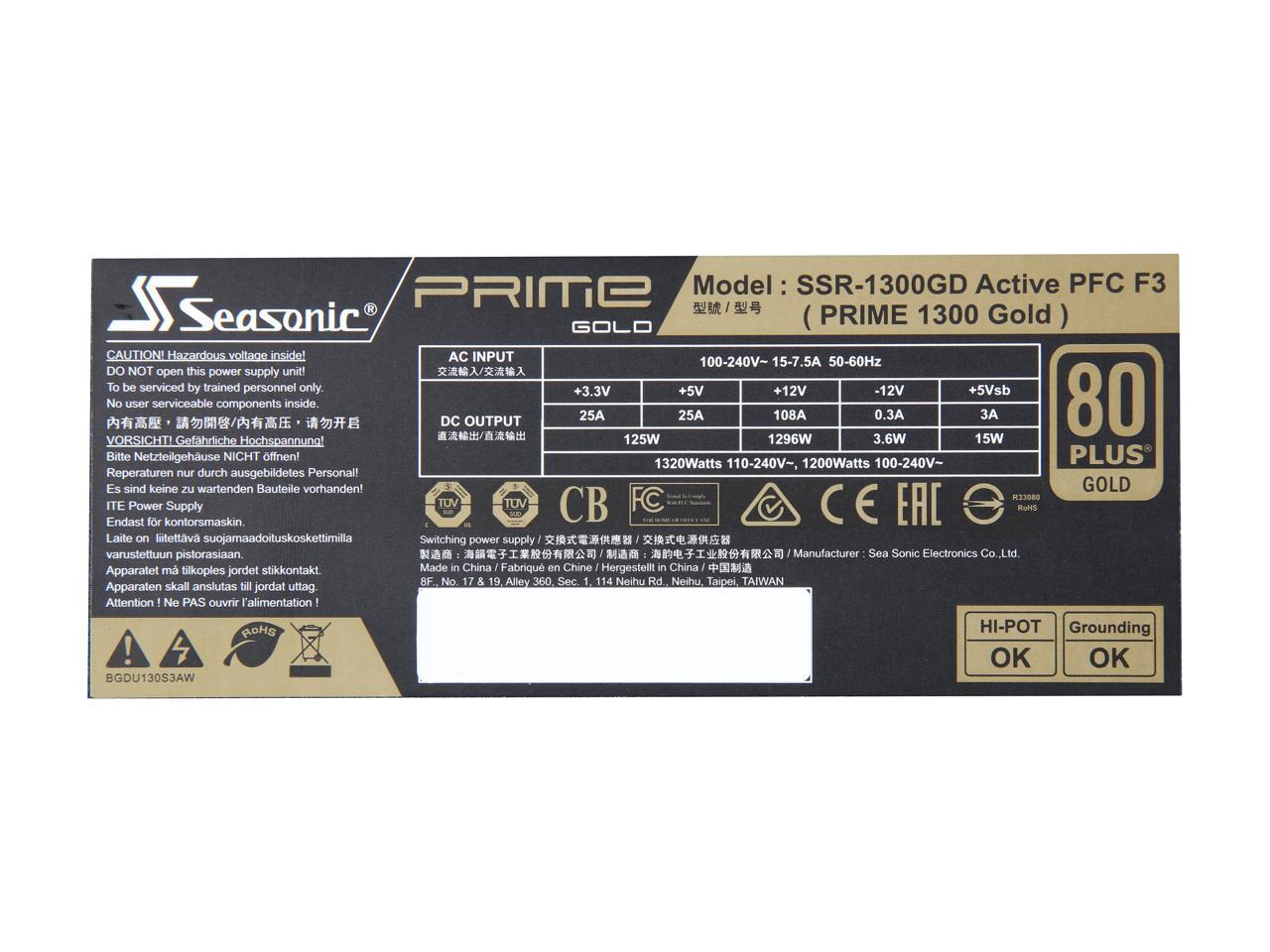 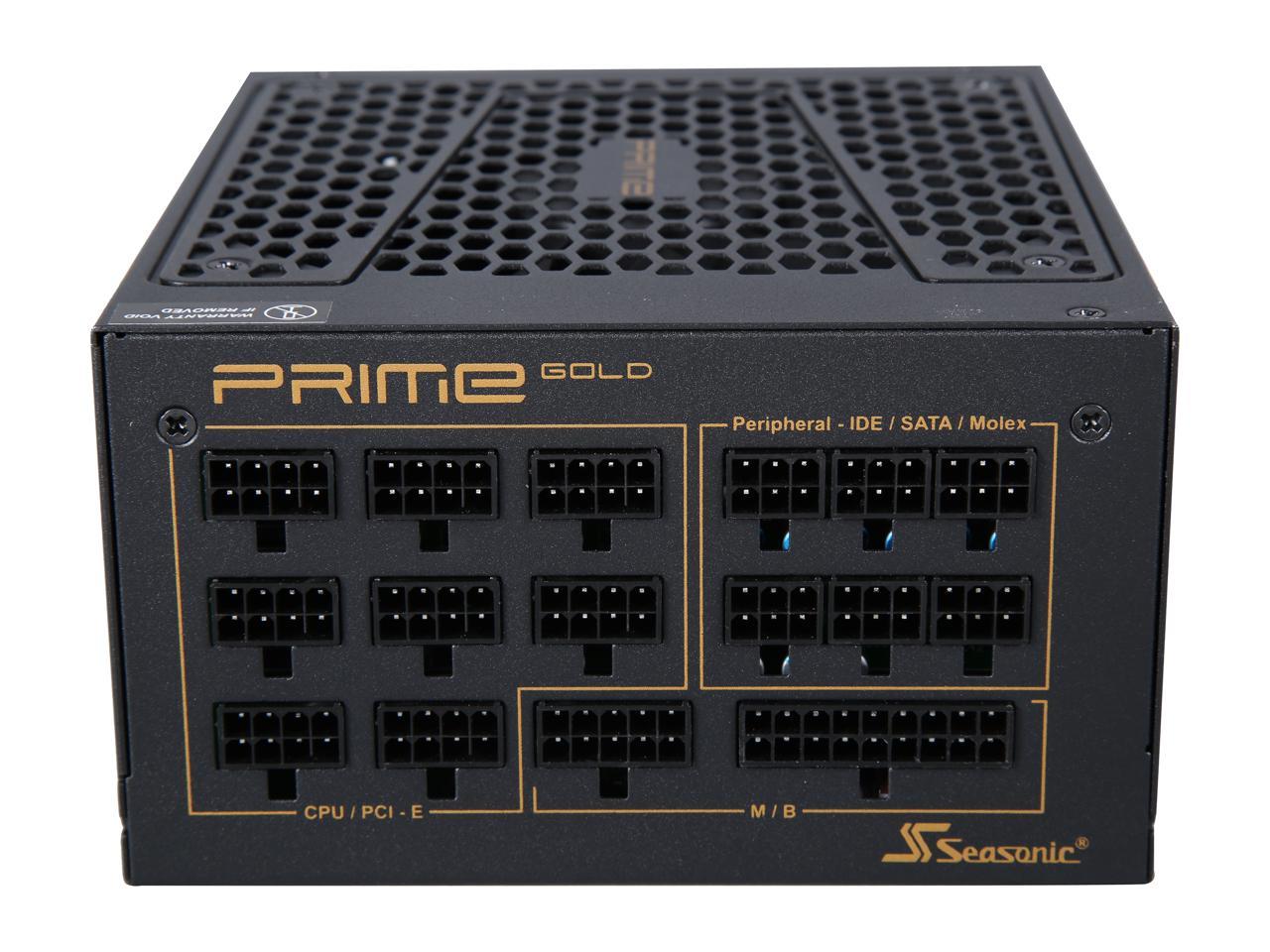 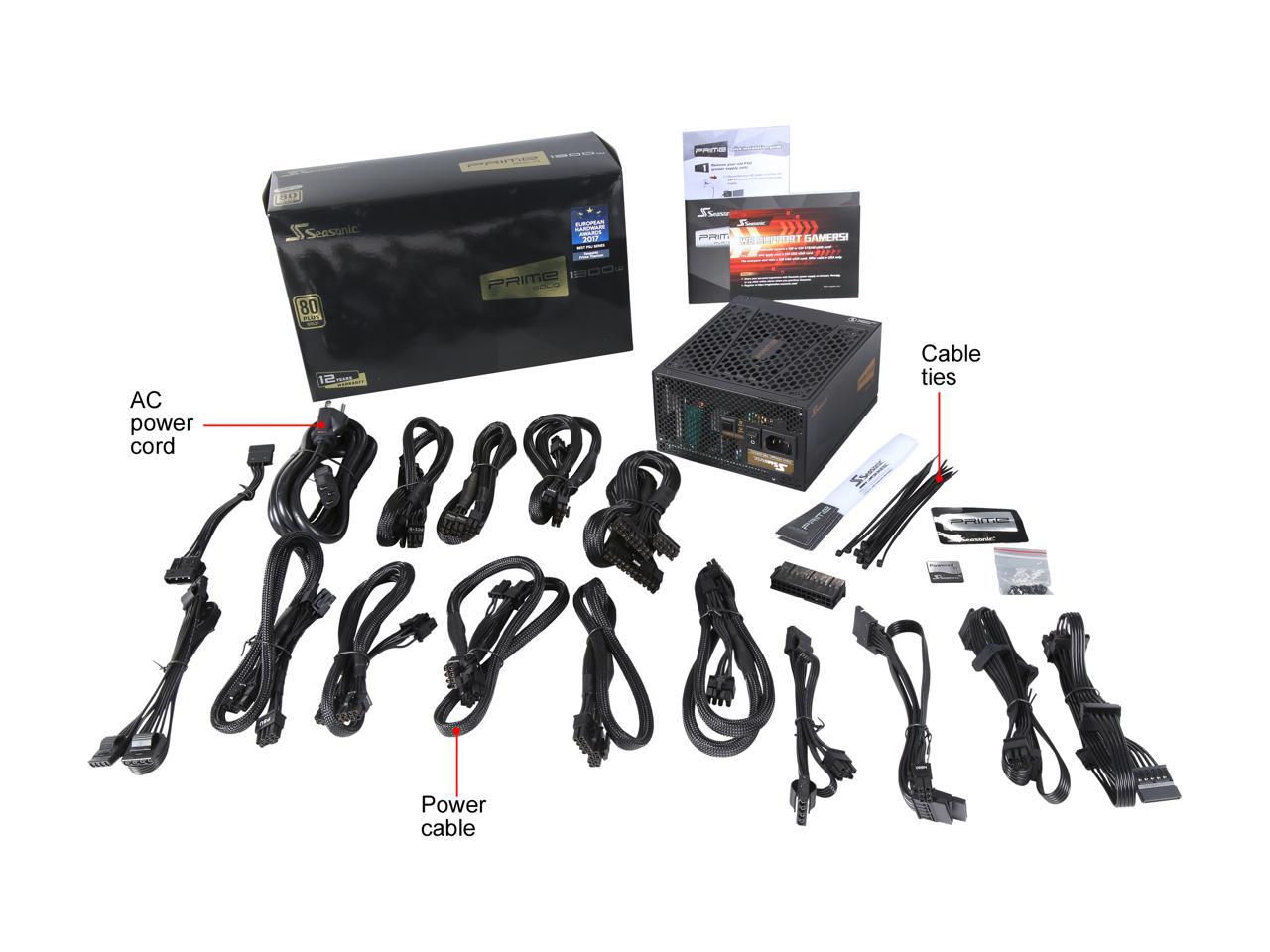 Pros: from the packaging i can tell right away that this was a premium unit. once i took the psu out, it was quite apparent that they took time building this thing and paid attention to detail. the build quality is excellent, pretty hefty but thats a given. cables were ok, standard fare, got most of the connectors i needed.

Overall Review: chatted with 1 of their agents, just so happens seasonic doesnt sell extra cables direct? they routed me to one of their vendors, weird...but at least the price was fair

Cons: By mostly silent I still hear a slight humming noise when the fan is off, but that is expected for any electrical component

Overall Review: Good so far, we will see how it lasts

Pros: Needed two of these PSUs for upcoming customer projects. You can tell by their heaviness that they are built to last. The cables fit in perfectly and are easy to manage. Hybrid mode is a cool feature to minimize noise.

Cons: This is not really a con per say, but more cables would have been nice.

Overall Review: Hoping they will last their full warranty

Pros: It is quiet, fully modular, and one of the best warranty out there

Cons: It is a bit expensive, but if you want the best, you have to pay top dollar

Overall Review: With a psu with such a high watt, I can continue to add components to my already heavy duty desktop without worrying my computer will fry

Pros: It works as intended, no sparks or clicking noise. It has gold certification, fully modular, and does not overheat.

Overall Review: Was hesitant at first due to some bad reviews, but it is working perfectly. And, it has 12-year warranty!

Pros: Well I bought this monster psu due to a misdiagnosis of a problem I was having with a gpu. I thought I need a lot more power. It's in the build now so there it stays. I suspect that my average usage will be about 6% of its capability and that if I really go to town I might hit 30% of its capability on some of the more rigorous bench marks. And from what I read I'll be using it at an inefficient total watt output, so I'll be paying more for electricity. :( On the other hand I don't need to bother with on line estimators of my psu needs because man, I can add just about anything. Double or triple gpus even. My previous Seasonic was only four weeks old and probably perfect at 850 watts. It works fine. Well that's OK, I'll give it to my son. I use the PC and stream music or video about 15 hours a day so it will get long usage more than it will get high demand usage. I've put about 100+ hours on it so far.

Cons: MEMORIZE THIS TRUTH: USE THE CABLES THAT COME WITH THE PSU, AND ONLY THOSE CABLES, EVEN IF IT IS SAME MANUFACTURER, EVEN IF THEY SAY IT'S OK It's just not worth it. Modular cables are NOT standardized. They LOOK standardized. It's like going to a gas station where none of the pumps is labeled. You assume they all dispense gas, yoyu pick the one that dispenses diesel fuel, and ruin your car. The oil and car companies figured out these issues a hundred years ago. But it is more insidious than that because it looks so *easy* just to use those nice modular cables that are already installed and zip tied in for cable management. That's an "easy" that could easily cost you a grand. The PSU OEMs HAVE NO STANDARD CABLE PROTOCOL. Bottom line is take the time to pull out the previous psu's cables even if you have to spend an hour snipping all the zip ties and putting in new ones. BECAUSE IF YOU DON'T YOU CAN BLOW UP EVERYTHING INCLUDING BOARD GPU AND PERIPHERALS. IF YOU DON'T BELIEVE ME GOOGLE IT YOURSELF. And make sure you store the cables that came with the PSU right there with the PSU and put a note in so that if you croak and some heir comes along and says "Oh look a psu" the message will be there. Unless you hate your heirs. So pass the word around on that folks, a lot of people don't know the perils of modular cables.

Overall Review: One can get, and I did get, considerably paranoid reading the negative reviews for these high wattage psus. But I went and read the negative reviews of some of the other >1000 watt psus and they were just as bad or worse. In fact the Corsair and EVGA negative reviews were hair raising, the negative reviews here are merely highly negative and full of spite. That's actually an improvement over what I saw for the EVGA and Corsair >1000 watt offerings. And all three brands are well respected on sites where people know stuff like Tom's Hardware. My seasonics have *not* been dead on arrival. The first one passed the 500 hour mark without incident and the second one is >100 hours. The house has *not* burned down. There have been no exploding capacitors. And if these terrible things come to pass, be sure I will put up pictures on youtube. So far my two units have lived up to Seasonic's excellent reputation. I just hope that lasts. I had a Thermaltake with a 10 year warranty that failed after three months, so I know why people get ticked off. It's not really the warranty we pay for when we buy higher end. We are paying in the hope that we won't have to use the warranty because of all the aggro. We want to put the psu in and forget about it. Only time will tell.

Pros: - Seasonic packs a lot of power and features

Cons: - Wihin hours of being installed , the power supply began "clicking" and my PC stopped working. It would startup and then shut-down. After some trouble shooting , I put in another power supply and sent this one back to NewEgg.

Overall Review: - At this point - I can't be negative or recommend this product. - will provide an update over the long run.

Pros: Small size, like many 600-850W PSU. Self test of the PSU is good feature to check the PSU without a motherboard.

Cons: Main cable (for motherboard) is quite hard.

Overall Review: So far so good. I'm using it only one month. Using less 50% loading (300-350W) in hybrid mode, the PSU is quite warm so I decided to switch it to normal mode.