Purchases from these Sellers are generally covered under our Newegg Marketplace Guarantee.
Sold and shipped by: Grace Comes HomeContact Seller
Ships from United States.
Price Alert
Add To Wish List 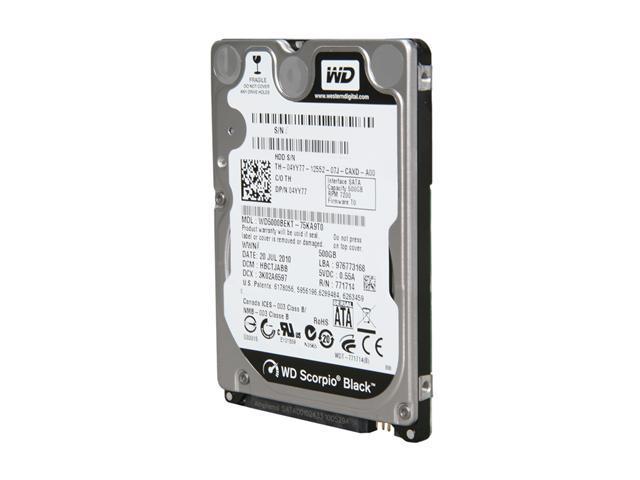 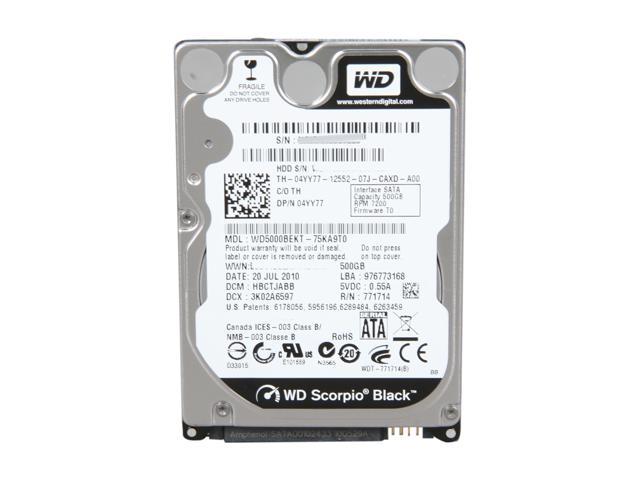 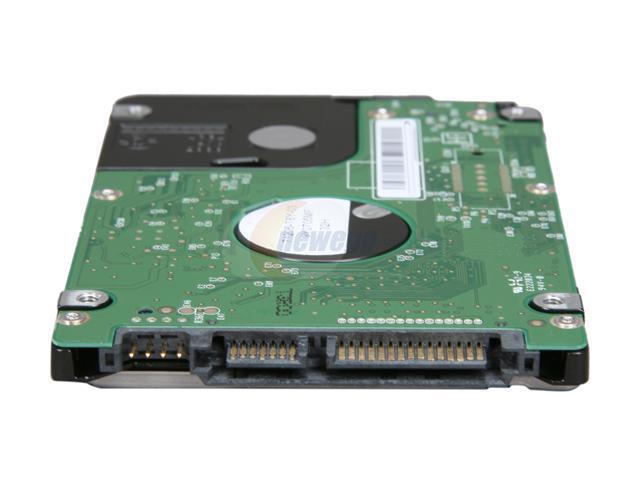 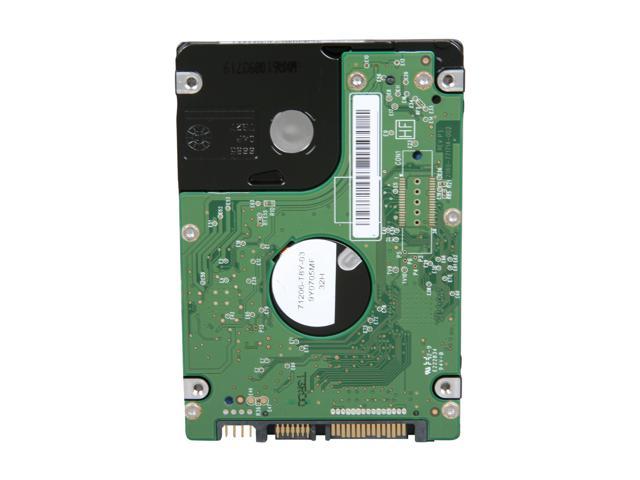 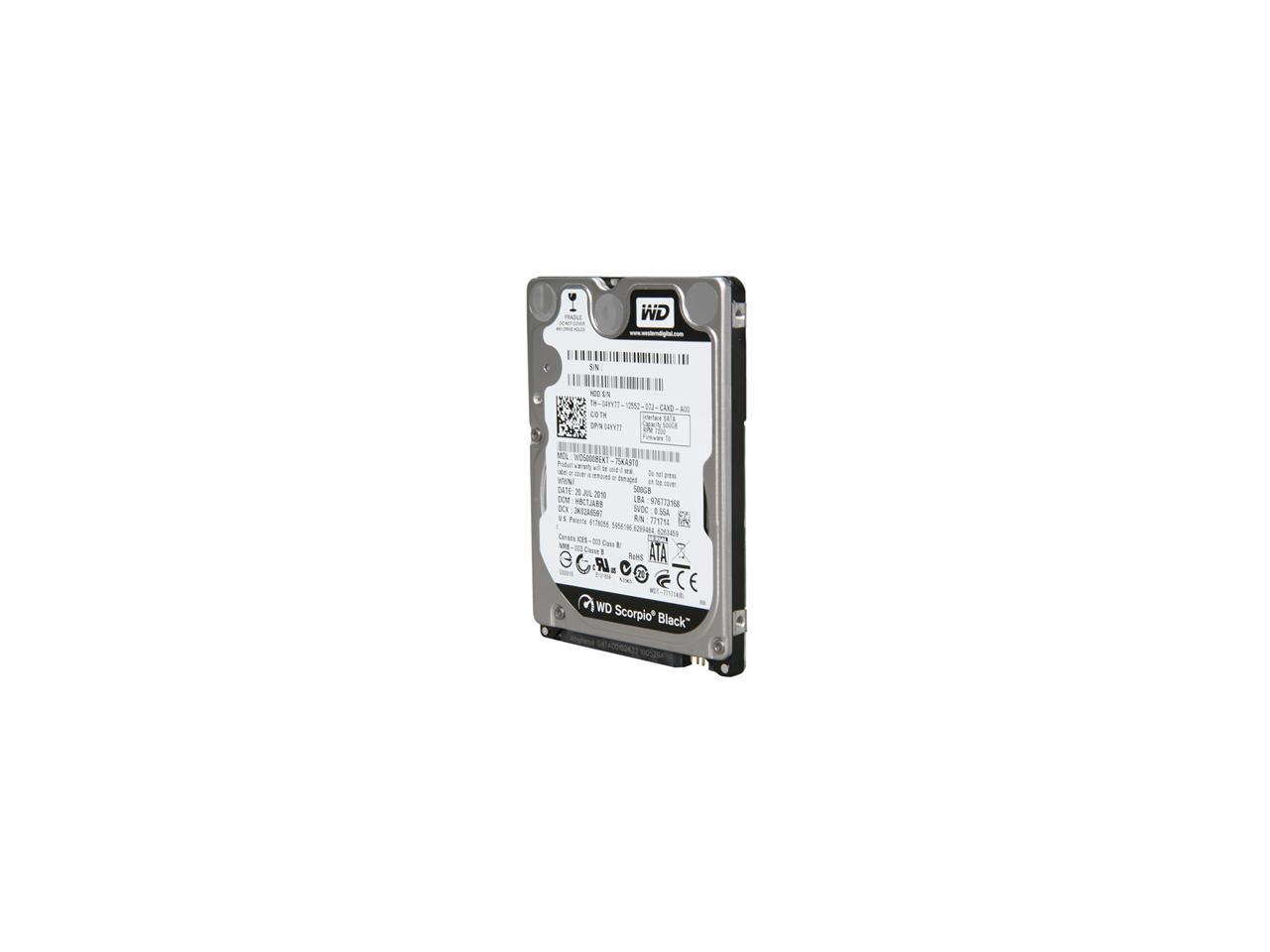 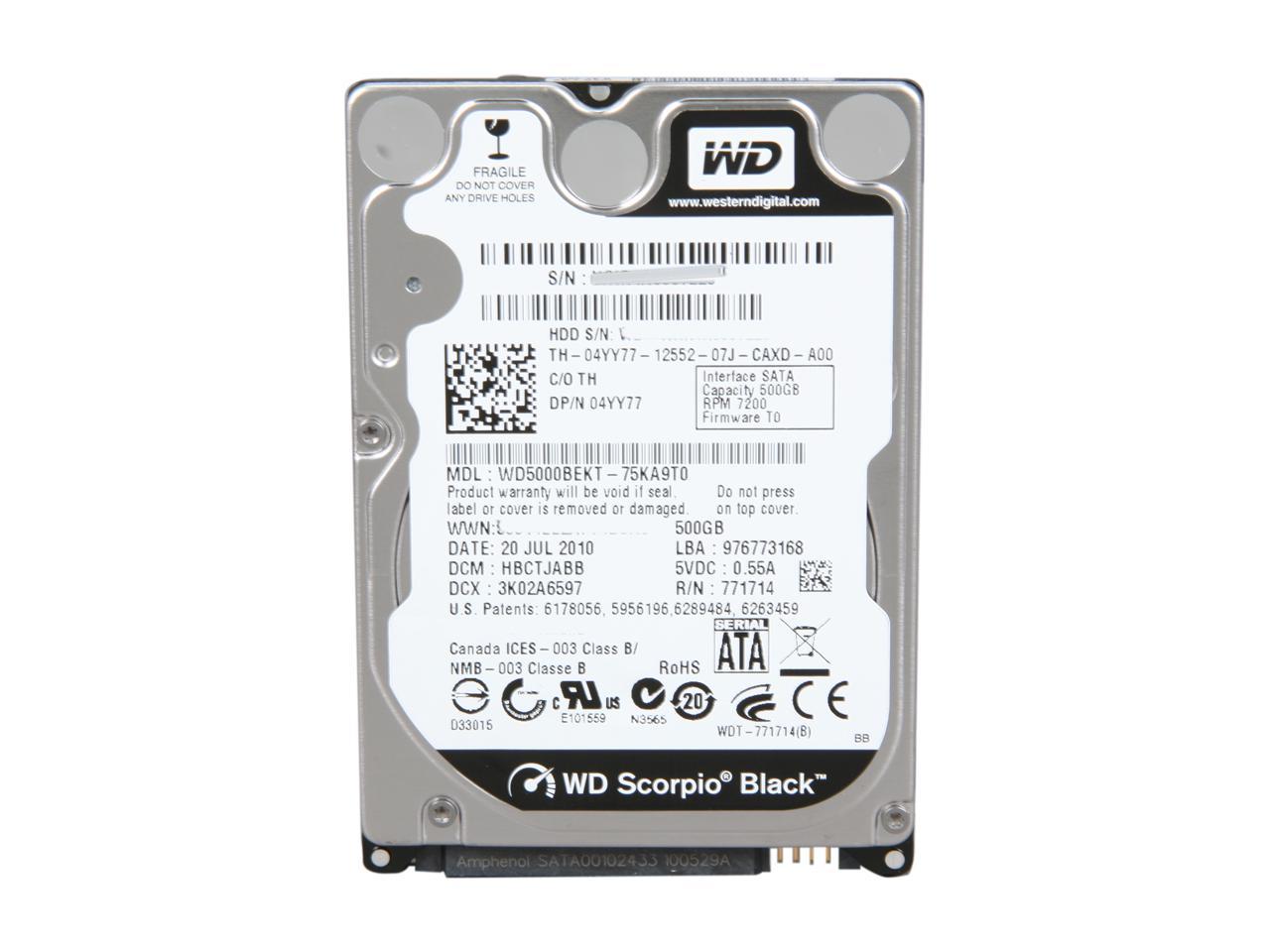 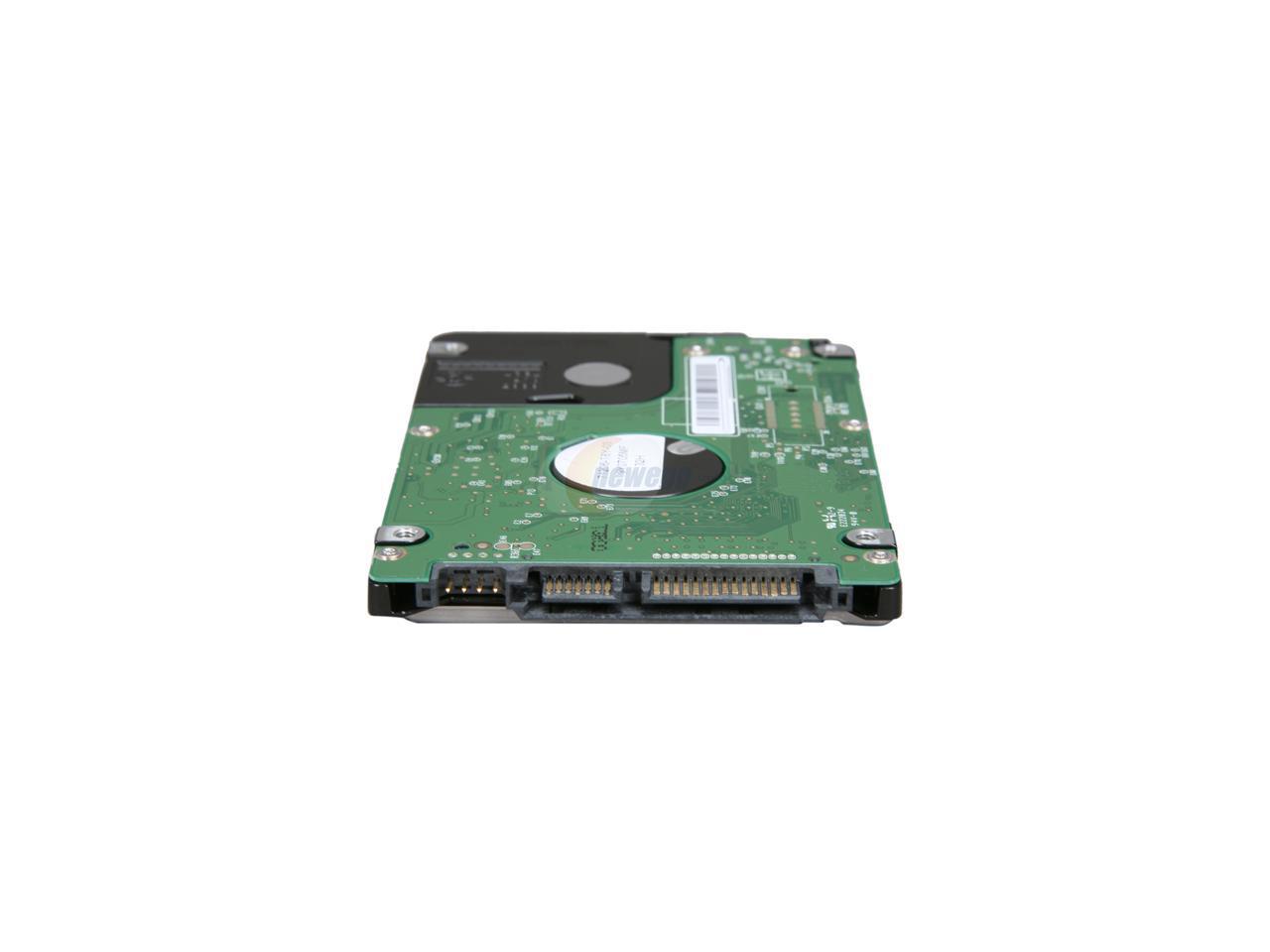 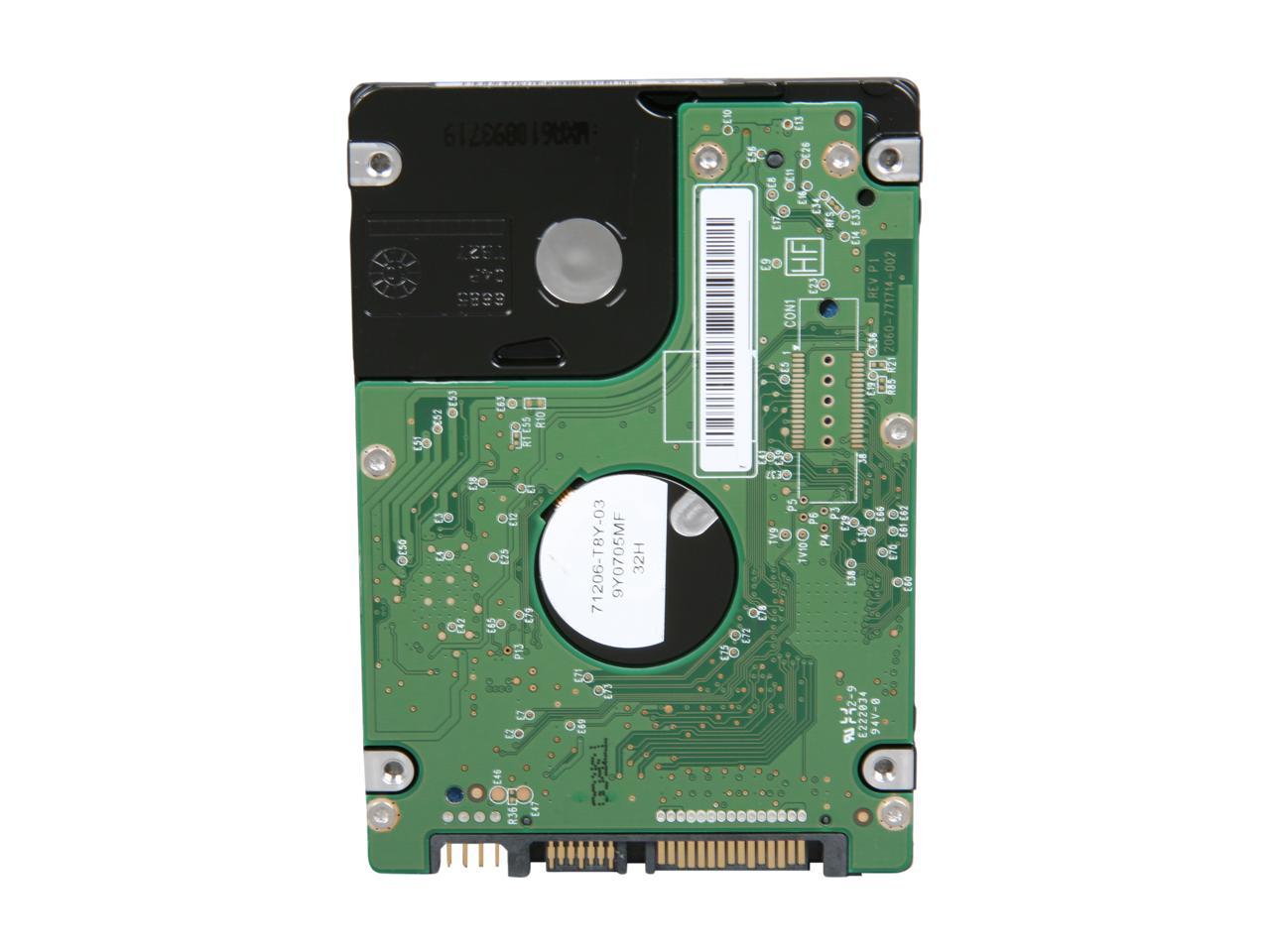 Pros: Have used it as a replacement in my ps3. Noticeably quicker install and load times. Well worth it for the space alone.

Overall Review: Be careful if your currently replacing your drive in the ps3. You NEED to update the firmware on your current drive from a thumbdrive first (auto downloads don't work) and then use the same thumbdrive when you install this. Whatever you do, do not format your old hard drive until you have it working.

Pros: Idk what people are talking about with 7200 rpm drives overheating ps3's but I just got done doing a 12hr gaming session with g@d of war 3 and my ps3 was running just fine. Anyway this drive really speeds up the load times for sure.

Pros: Much larger capacity 500GB vs the original 160GB Toshiba OEM drive from Apple. 7200RPM==spinning faster for better image processing, ie, Lightroom, Photoshop editing. WD is a trusted brand. Not that energy hungry as I anticipated.

Cons: A bit expensive, plus the drive runs with a considerable (but still tolerable) noise level, it actually reminds me my old Lenovo Thinkpad T61...

Overall Review: Experienced an issue of slow boot up. As I timed, the booting takes 75 sec VS 45sec originally. Googled, then find a solution. Press "Command" "Option" "P" "R" at the same time once you press the power button. And the problem should be resolved.

Pros: Awesome drive. Very quiet. I replaced the stock 160GB on my MacBook Pro 15" (C2D 2.4Ghz), the 3,1 model number from mid 2007. Followed the steps on iFixit and was easily able to swap the old drive and put in this new 500GB one. It runs perfect, and It's actually faster than the original 7200rpm drive that it replaced. I used to juggle around the last 10 - 15GB of space on the old drive, but now I have 300GB after giving a good amount to Windows via Bootcamp for games. Overall loving this drive, and Newegg was lightening fast on the delivery. Very impressed, as this was the first product I bought from Newegg. Two thumbs way up.

Cons: The fans seem to be running a little more often now (not at full rpm or anything), but not by much. Doesn't matter to me though, it's not like its running all the time or even most of the time, but it does run more so than it did when the old drive was in place.

Overall Review: Make sure you properly follow steps when opening up the MacBook Pro on iFixit (they're the best instructions). In the model that I have (pre-unibody aluminum model) it's a pain to get the front section of the top part of the body off. There seems to be clippers or some kind of snaps above the superdrive, and along the front of the laptop, especially right underneath the trackpad. DO NOT yank this area as there is a ribbon cable attached right in the centre to the main logic board. You have to wiggle it carefully and do it properly and very slowly. Other than that nothing much else to say. The drive is awesome, Newegg is awesome.

Pros: This is the closest you can come in a mechanical hard drive to be as quick as today's Solid State Hard Drives. Very quick, quick spool up time,seek time, and 16MB cache is excellent for a 500GB drive. One of the fastest laptop drives I ever owned and very satisfied. Rest assured that a 5 year warranty is included with this Hard Drive. Whisper quiet and doesn't run hot.

Overall Review: If you're looking to upgrade your laptop hard drive, look no further. Western Digital Scorpio BLACK line is the performance line for WD's laptop hard drives. Does what it is intended to do. Personally, I believe Western Digital manufactures the most reliable Hard Disks out there, their product is definitely on point! Can't go wrong with New Egg...they always deliver 100% and never been disappointed.

Pros: Got this to replace a WDC blue in my 11.6" Acer netbook. Tons of space and this drive is fast.

Cons: It's definitely louder than the blue drive (sounds like a little fan in idle mode) and makes the netbook feel like it has a gyroscope in it. Drains the battery only slightly faster than the other drive.

Overall Review: I'd get another one but there's only so much room in a netbook...

Pros: I bought the WD5000BEKT in October 2010 as a replacement for a failed hard drive (HD) in my Dell M1330 notebook PC from Newegg, when it was on sale for $62.99. Installation was easy and straightforward and the HD has been functioning very well since. Admittedly I have not performed any objective metered testing on it, but it is certainly faster and more capacious than the 5400rpm 320GB HD it replaced. It is also reasonably quiet and does not seem to run hotter, based on the freeware HWMonitor I use to check temperatures of my PC's GPU and hard drive. After installation, I ran Western Digital's Lifeguard diagnostics on the HD and found no bad or dead sectors. The 5-year warranty is longer than most other notebook HDs, which usually are warranteed for 3 years. Registration is easy on the WD website.

Cons: On the Notebook Review forum, several users have complained that the WD5000BEKT was noisier than expected and than several other popular HDs. However, after directed listening, the WD5000BEKT is not noisy at all to my ears.

Overall Review: A primary reason I bought the WD5000BEKT is the storage drive site StorageReview.com reviewed it in Sept 2010 and concluded it is currently the best overall notebook PC HD available, succeeding its 320GB Scorpio Black stablemate. In addition, buyer reviews on Newegg and another dealer site had notably fewer negative reports than its competitors, such as the Hitachi Travelstar 0S02858 (retail box version of the 7K500) and Seagate Momentus XT 500GB hybrid HD. The Seagate XT hybrid HD undeniably has markedly better performance than the WD5000BEKT (and all other conventional 7200rpm HDs), but its superior performance is dampened by its much higher price and a higher proportion of users reporting XT units that were DOA or failed prematurely. These reviews, together with the WD 5-year warranty and its competitive price, made the WD5000BEKT seem to be the best overall notebook PC HD; it likely will be surpassed by hybrid HDs when the latter have improved reliability and lower prices.

Pros: I've had this item installed on my PS3 now for about 6 months. Some people said that load time was faster. I don't think is was necessarily slower or faster. My goal was to have more space on my PS3 not to increase load speed. The item was easy to install but I did have to get a file from Sony for the PS3. It's free and easy to download to a thumb drive. Make sure you create the file that it tells you exactly. If you do make a mistake it wont mess anything up you will just have to create the file again. Just google changing hard drives on your PS3. Some people also noticed that their system ran cooler. Again I didn't notice this exactly but the important thing is it didn't run any hotter. I've had no problems with freezing or locking up. I have loaded several thing on and off the drive with no hickups of any kind. I hope this helps those of you looking to update your PS3s. For the price I was skeptical at first, but can say it has been nothing but clear sailing so far.

Cons: No problems up to this point.

Overall Review: Iv'e only use this item on my PS3 so I'm not sure about its pros and cons on an actual laptop.