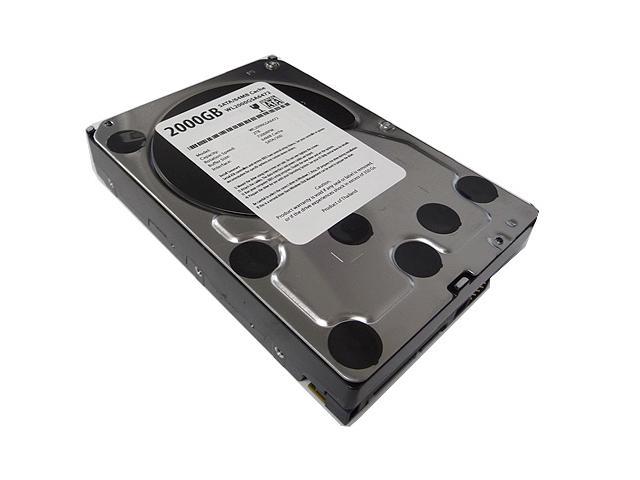 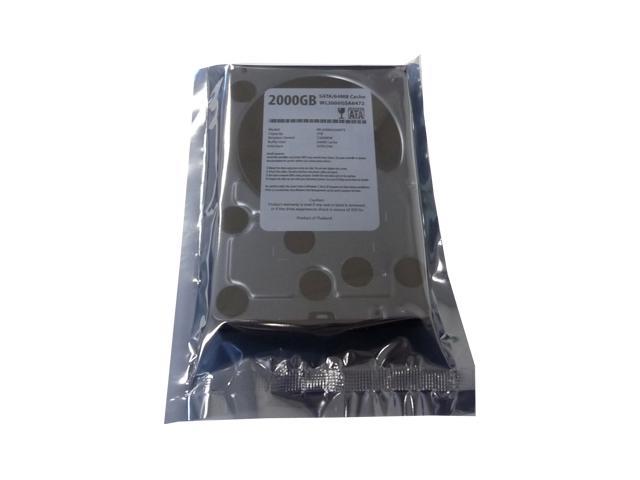 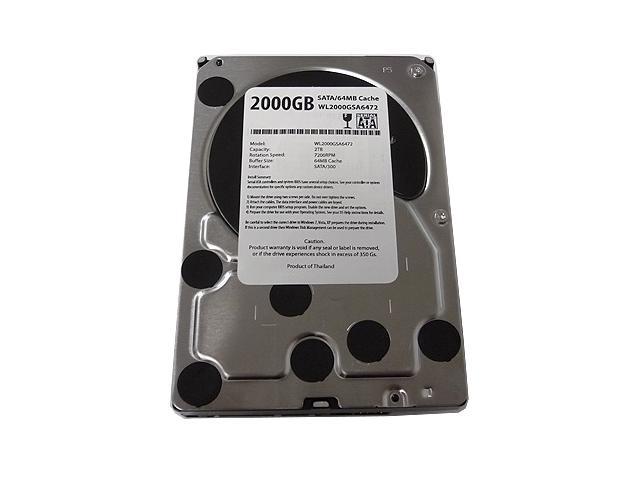 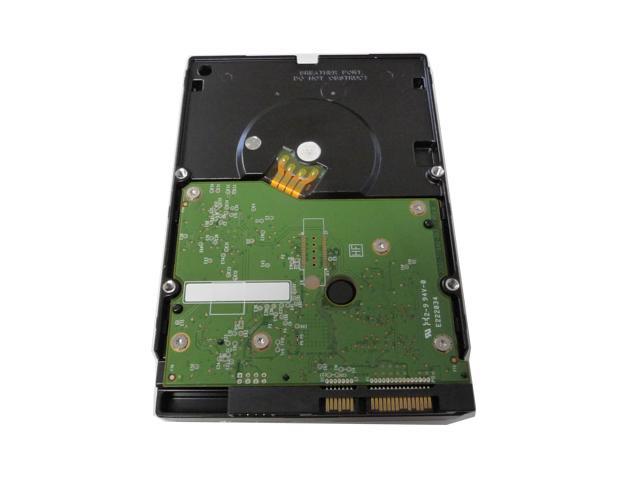 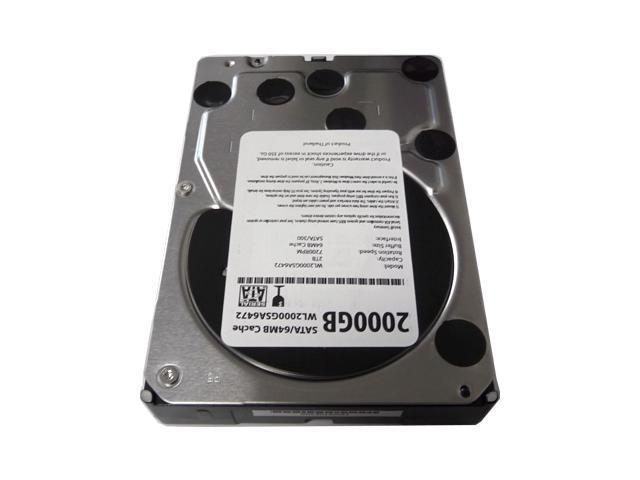 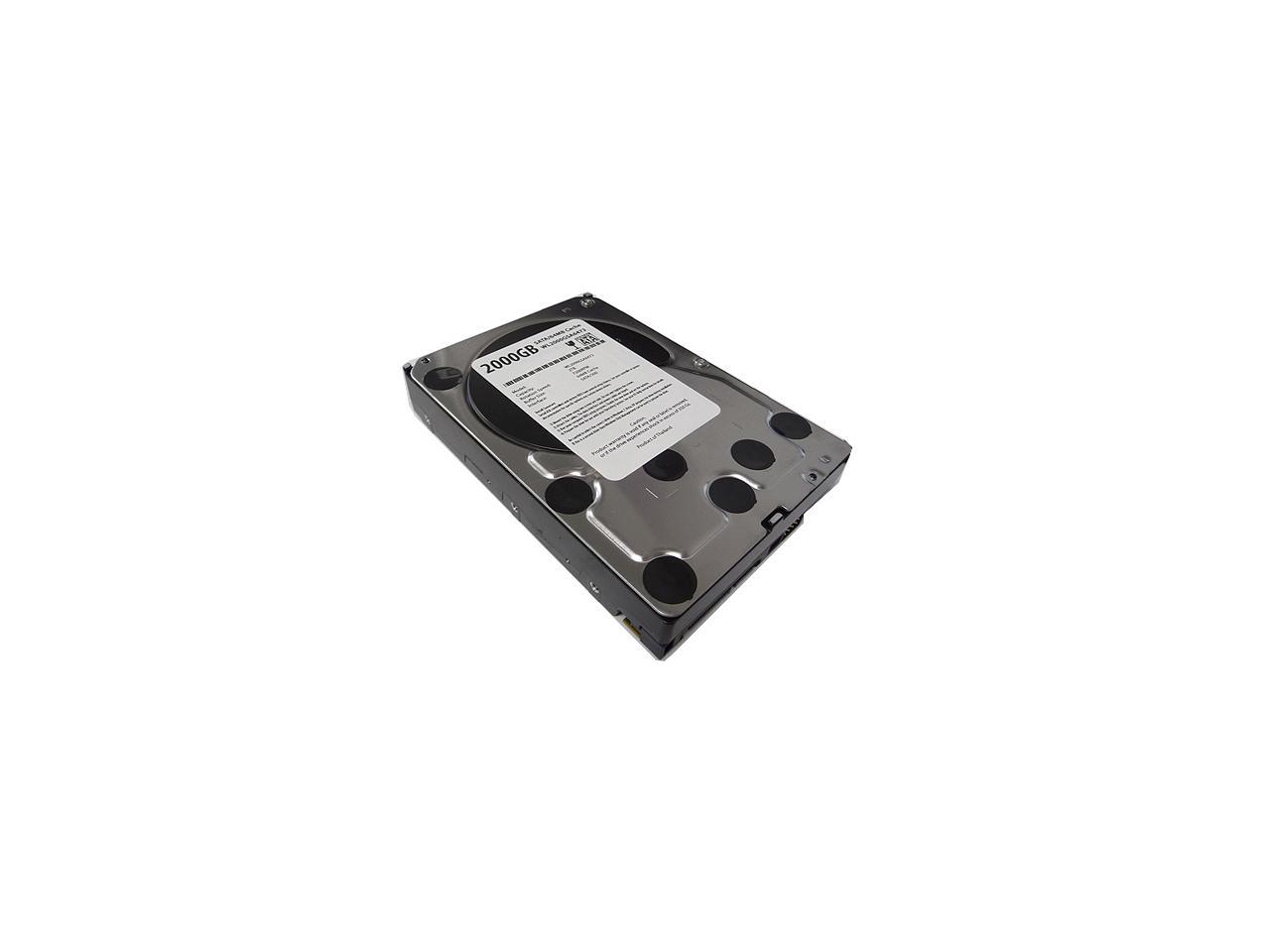 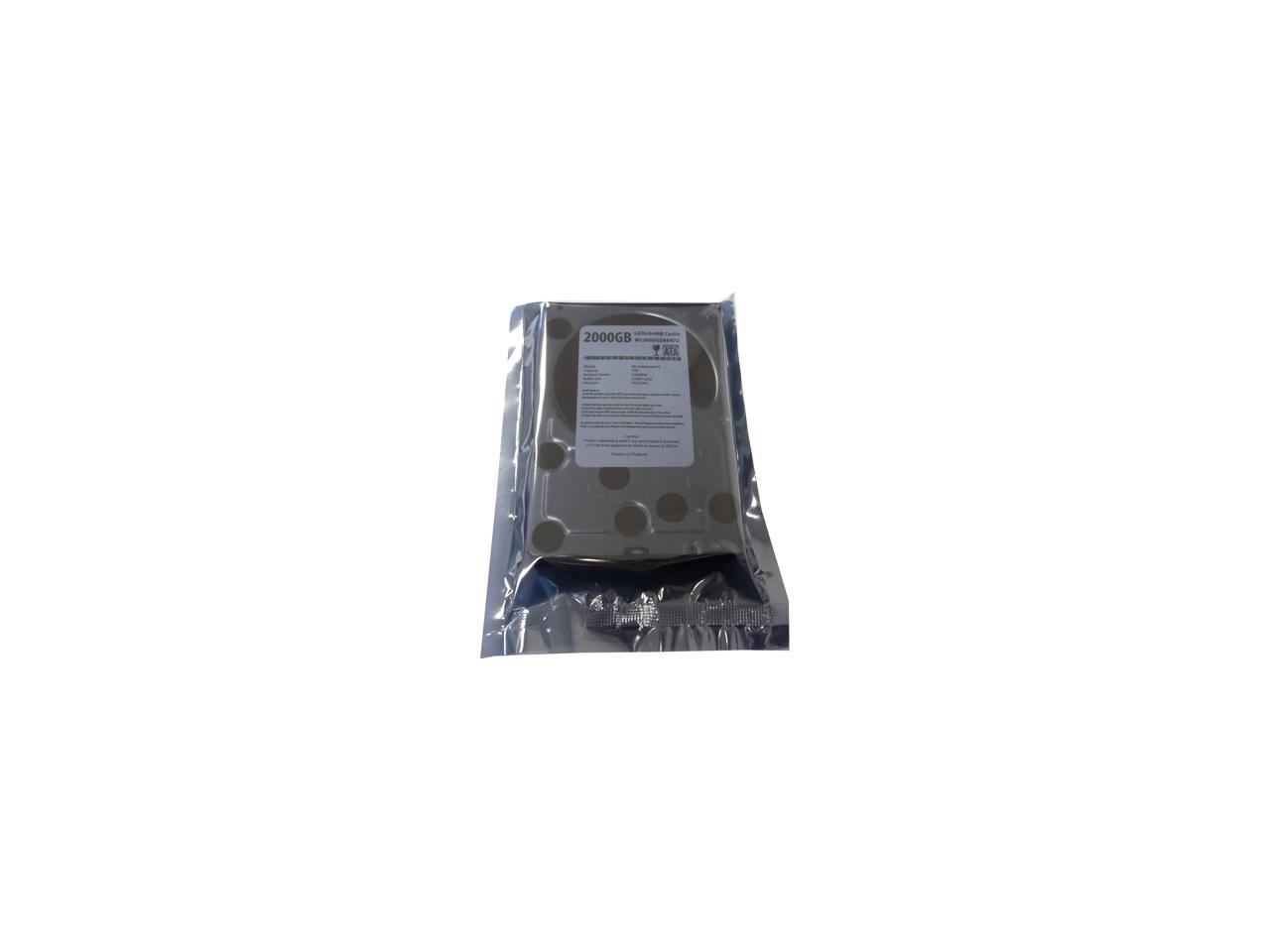 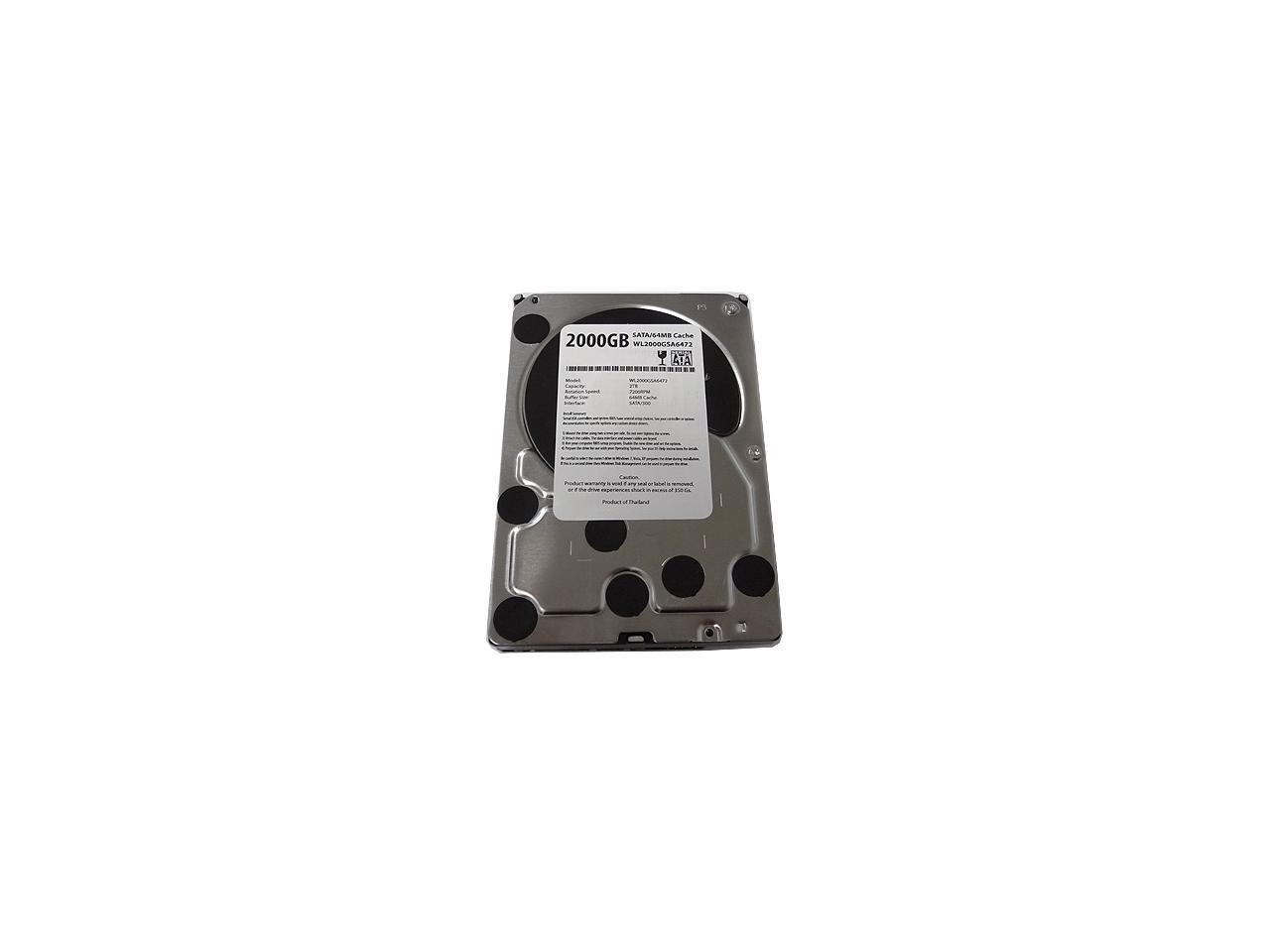 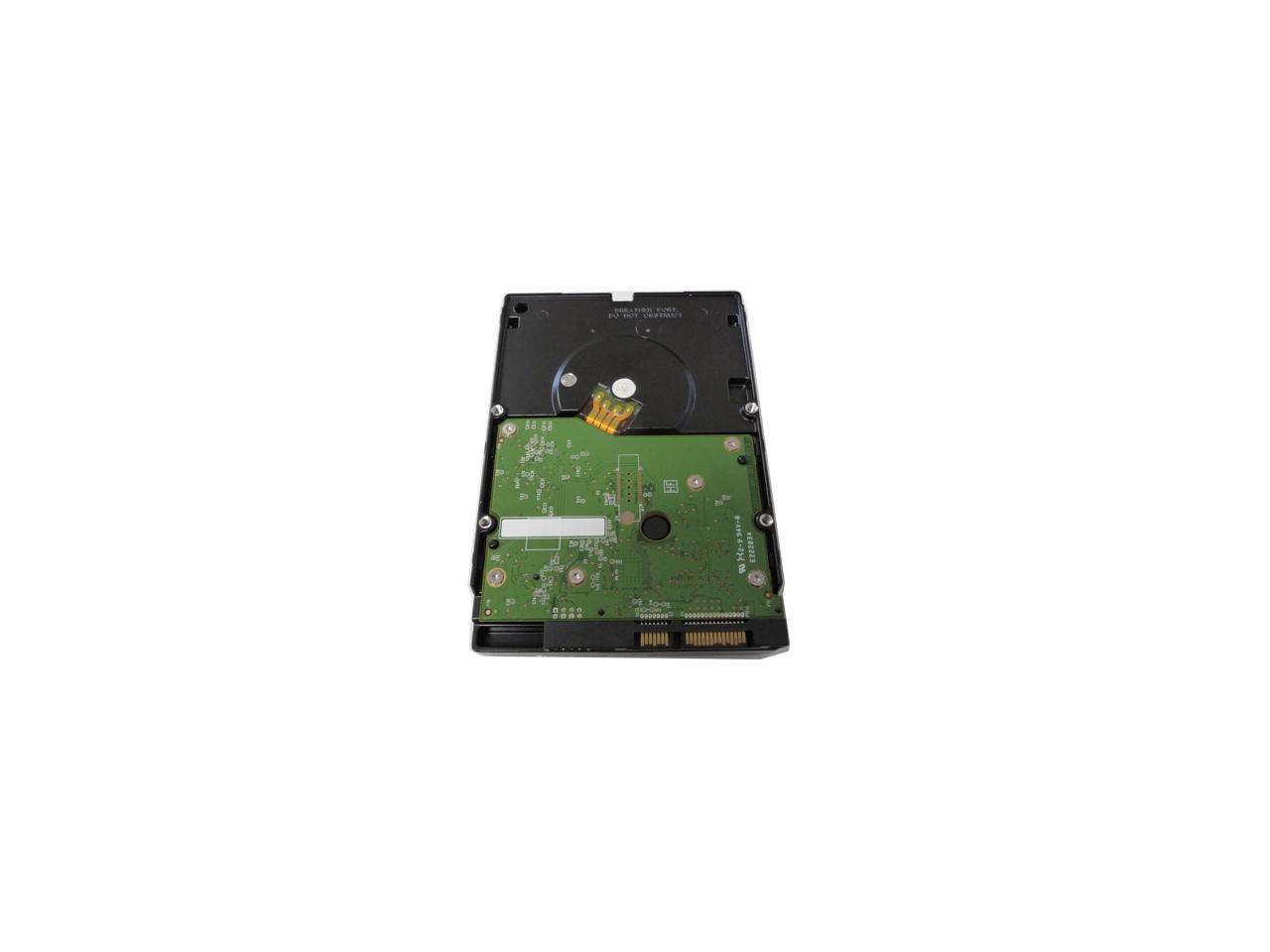 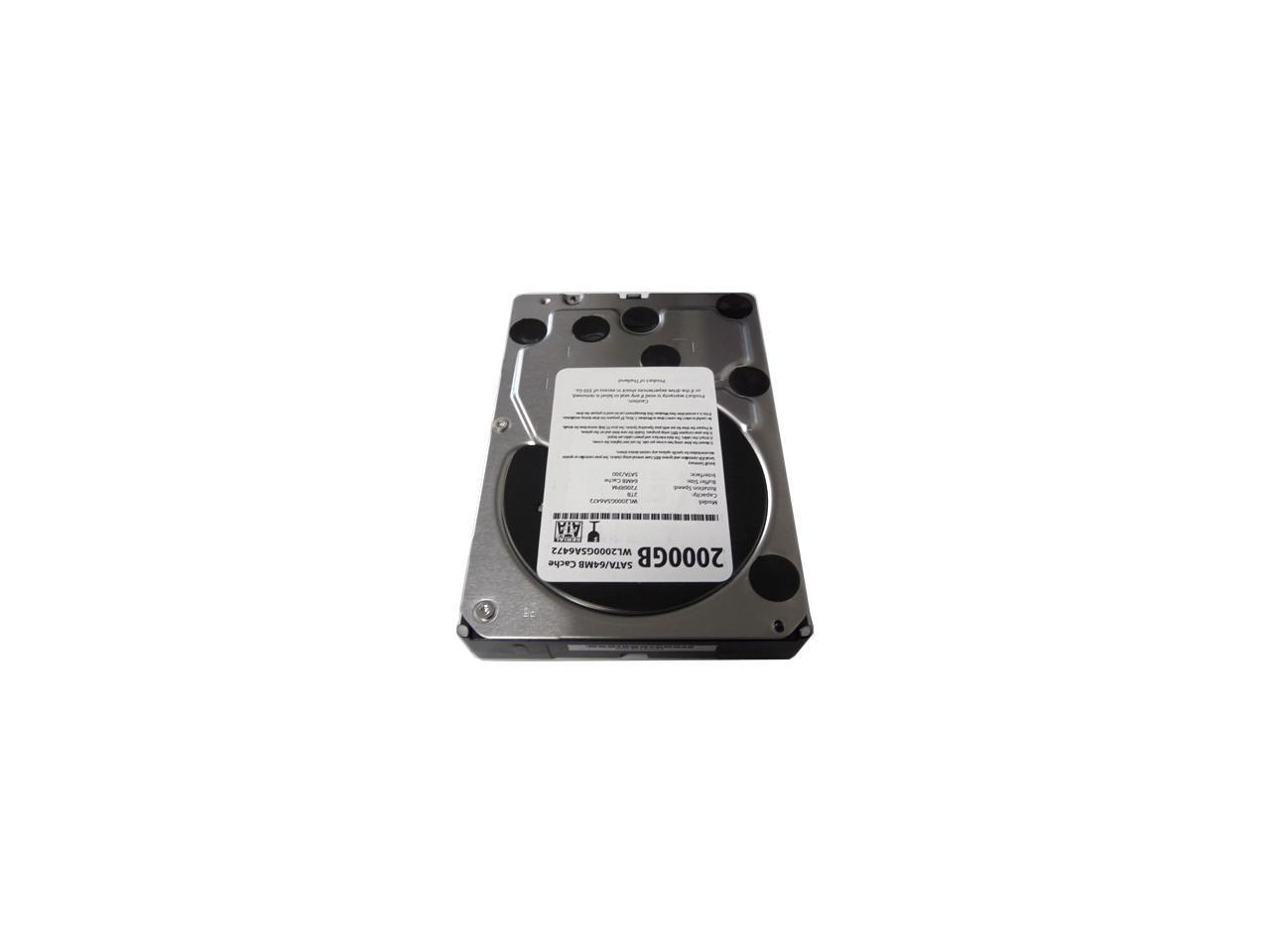 Pros: None, product I received was not what I ordered.

Cons: This drive is advertised as a 2TB 64MB 7200RPM drive, which would imply it's something fairly top of the line, regardless of brand. It's not-- it's a Western Digital GreenPower drive, 5400RPM. Heavily used drive from mid-2010 (4 1/2 years old).

Overall Review: This is probably a fine drive (it's an RE4-GP, so to call it a junk drive would be lying), but it really boils my blood when a company tries to pass off a cheaper drive as something more expensive. I really think this is deliberate-- the company takes advantage of the fact that the spindle speed is not shown on the product label. I can't imagine how many people are taken by this tactic. Any IT person worth their salt, knows that a GP / Intellipower drive is the slower, cheaper version. I also bought a 4TB "7200" RPM white-label drive from this same vendor. At least on that one, they were clever enough to install a custom firmware (to hide the drive model / specs, and to clear SMART data) making it impossible to tell what you really have. Benchmarks don't lie, however, and it's clear this drive is a WD Purple, Green, or Intellipower drive. I expect some transparency when I'm forking out $150+ dollars. They wouldn't need to hide the model number, except to deceive people into thinking they're spending $150 on a $240 drive, instead of $150 on a $160 drive. I'm sending both back for a refund and paying the extra $50 for new equipment, where I get what I'm paying for. I'm going to report my experience with this company to Tomshardware, Anandtech, and some other media outlets in hopes that they will test these & publish an article on this. When you sell on Newegg, you are exposed to a HUGE marketplace, and it is extremely unethical (and illegal) to try to pull something like this off. This isn't like burning your next door neighbor, or ripping someone off on a certain online auction company (fleabay) by selling them a slower drive. Pathetic.

Pros: Its actually a WD enterprise drive - WD2003FYPS 0 hours on it so it is actually new 64mb cache

Cons: This drive is listed as 7200rpm while it is ACTUALLY 5400rpm Reallocated sector count : 5

Overall Review: While the drive is a great product and it is only going to be in my low use home server, I'm giving the product 5 eggs / description 1 egg.

Overall Review: I ordered my first hard drive in September 2014. It arrived promptly and has worked flawlessly. My S.M.A.R.T. utility identifies it as a Hitachi HUA7230, 2.03 gig 7200 rpm drive with zero hours. I ordered the second 2 Terabyte drive in January, it arrived DOA, and after sending an email to the vender received a RMA and was credited about two weeks after initially receiving the drive. From the other reviews and the information in the product listing you can ascertain that purchasing these drives embodies a certain amount of risk. This is not a product for a mission critical application. I have recently ordered another drive from this vender because of their customer service. I don't mind swimming in this end of the value pool.

Pros: Drive was properly packed and was shipped very quickly. It was just as described, and works great.

Overall Review: Great service and a great price. Thank You!!

Pros: This HDD is rather impressive, and it's 2TB so that makes it more worth while, especially for $69.95 as the price. It also took only 2 days to arrive even though the "Expedited Shipping" option said 3-5, so I am really happy about their sense of urgency to get it to me quickly.

Cons: None right now, will update if anything goes wrong though.

Cons: One was DOA on arrival according to S.M.A.R.T.

Overall Review: I bought 5 of these and one was caught by SMART as being a bad hard drive. This is the first time I have had a DOA hard drive straight from a vendor. Makes me a little leery of them. However, their RMA process was great and in a timely manner. All the other drives seem to be working fine at this time. All of them were WD drives, and I have never had issues with WD drives. According to the ad they were supposed to be brand new, which they did look brand new. But as I said I have never gotten a bad WD hard drive new before. So it makes me wonder?

Cons: I had one fail on day one. Luckily GoHardDrive is a great reseller and mailed me a new one at no charge.

Overall Review: These are a mixed bag and you don't know what you're getting. I got 2x Seagate Constellation ES ST32000644NS. These are old drives, Sata 2, they are slow and probably more likely to fail. I didn't trust them one bit so I opted for raid 1. Same price as a new drive and likely to be more reliable. You're looking at about 100-120mb/s reads and writes with these drives.

Pros: The delivery was very quick, faster than anticipated only took a few days to get here to a rural community. The install was easy, both drives were recognized, but had to be formatted and named before they came up in the directory. Don't be dismayed if you can't see them next to your C: drive. It's an easy quick process using your windows tools. They are more quiet than the WD blue HDD I had previously installed. Both drives are Hitachi brand. I am very happy with the product. We will see about longevity.

Cons: Cables and mounting screws would be nice to have but the price is good and cables are cheap.