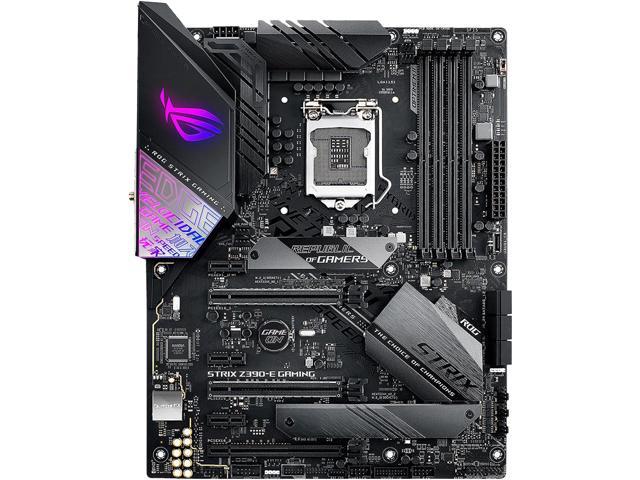 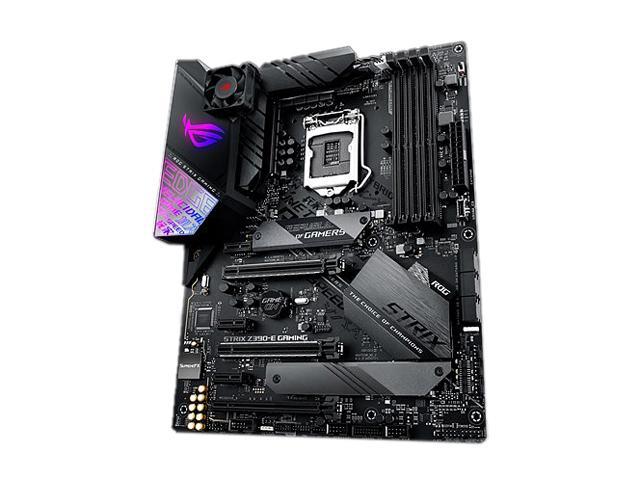 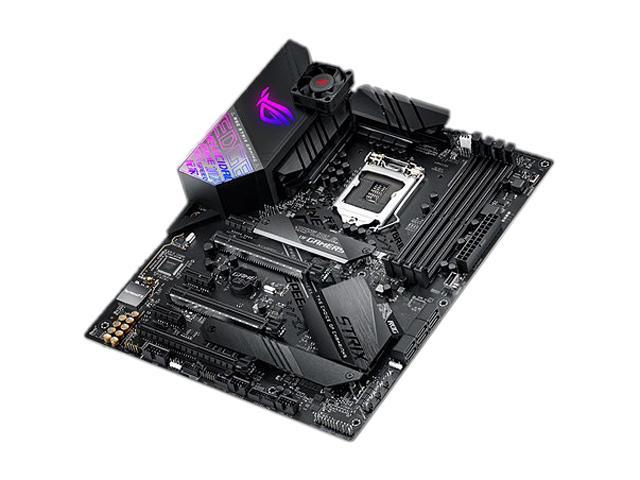 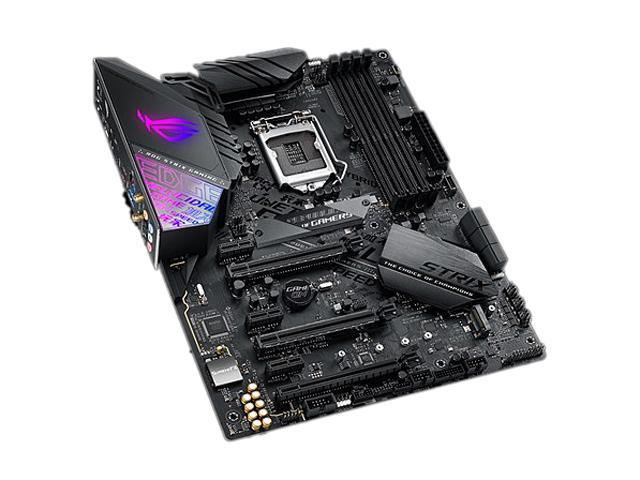 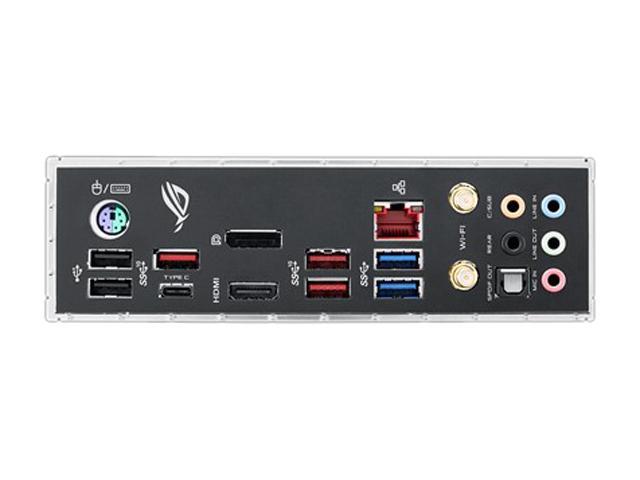 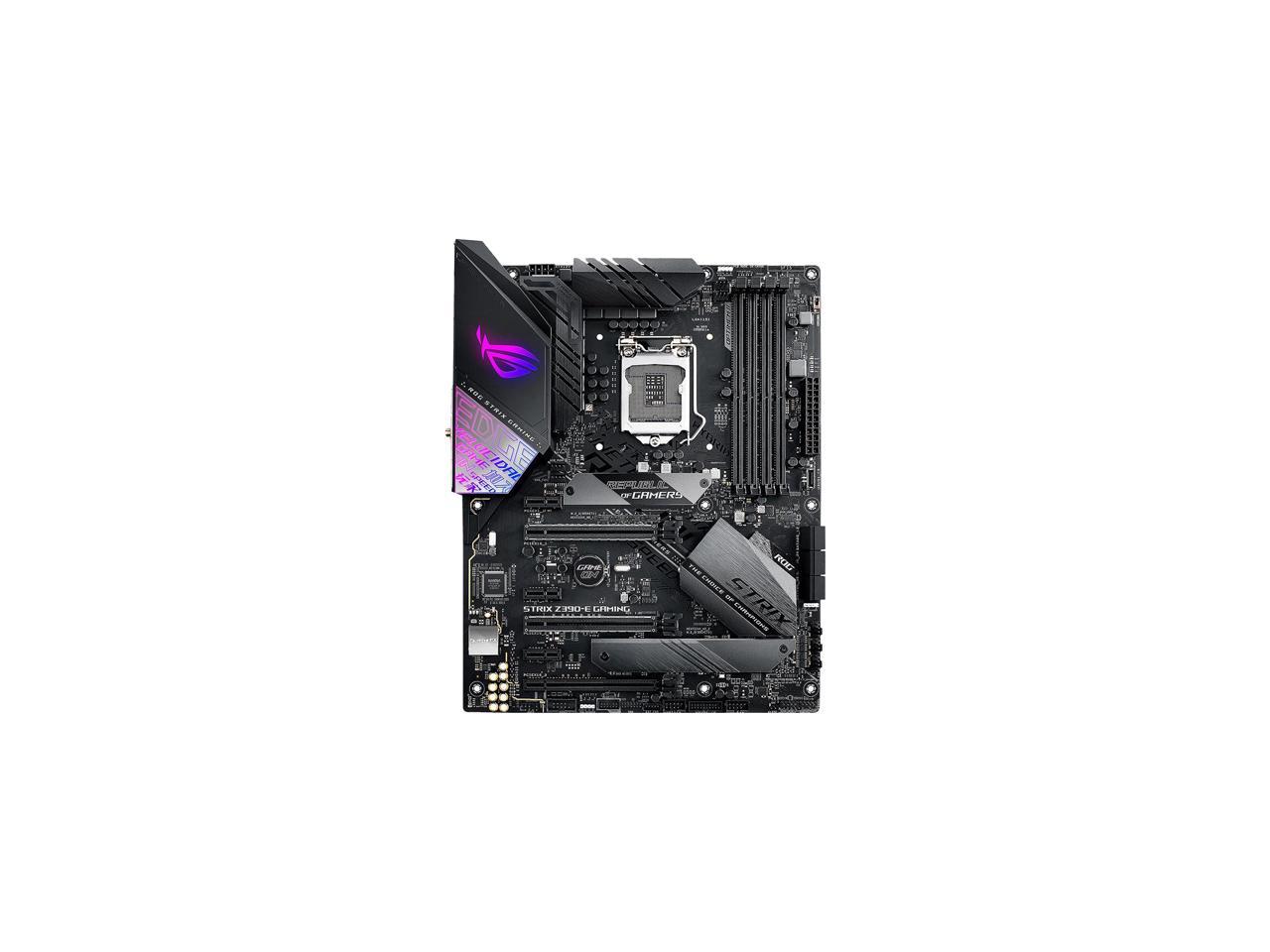 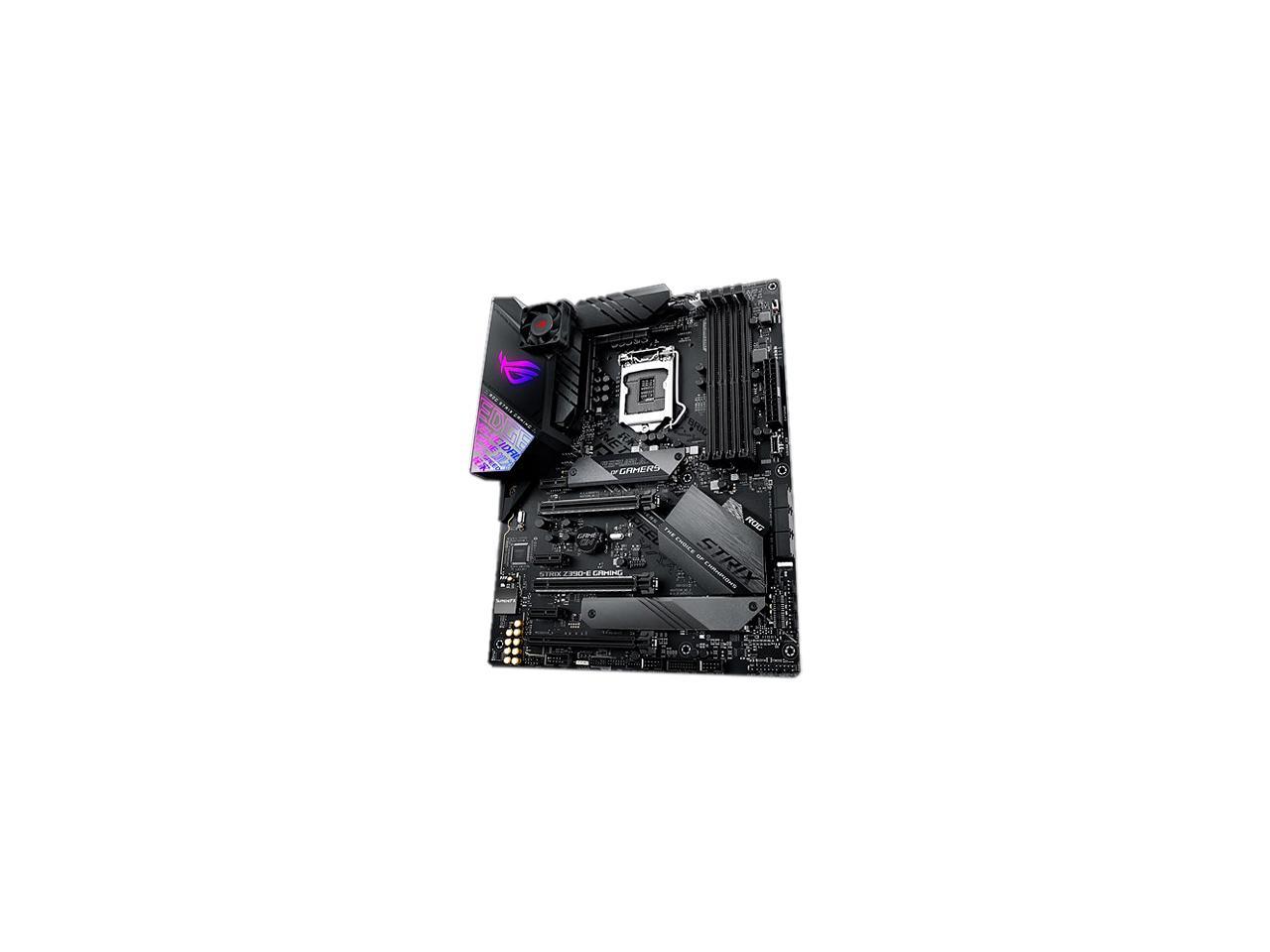 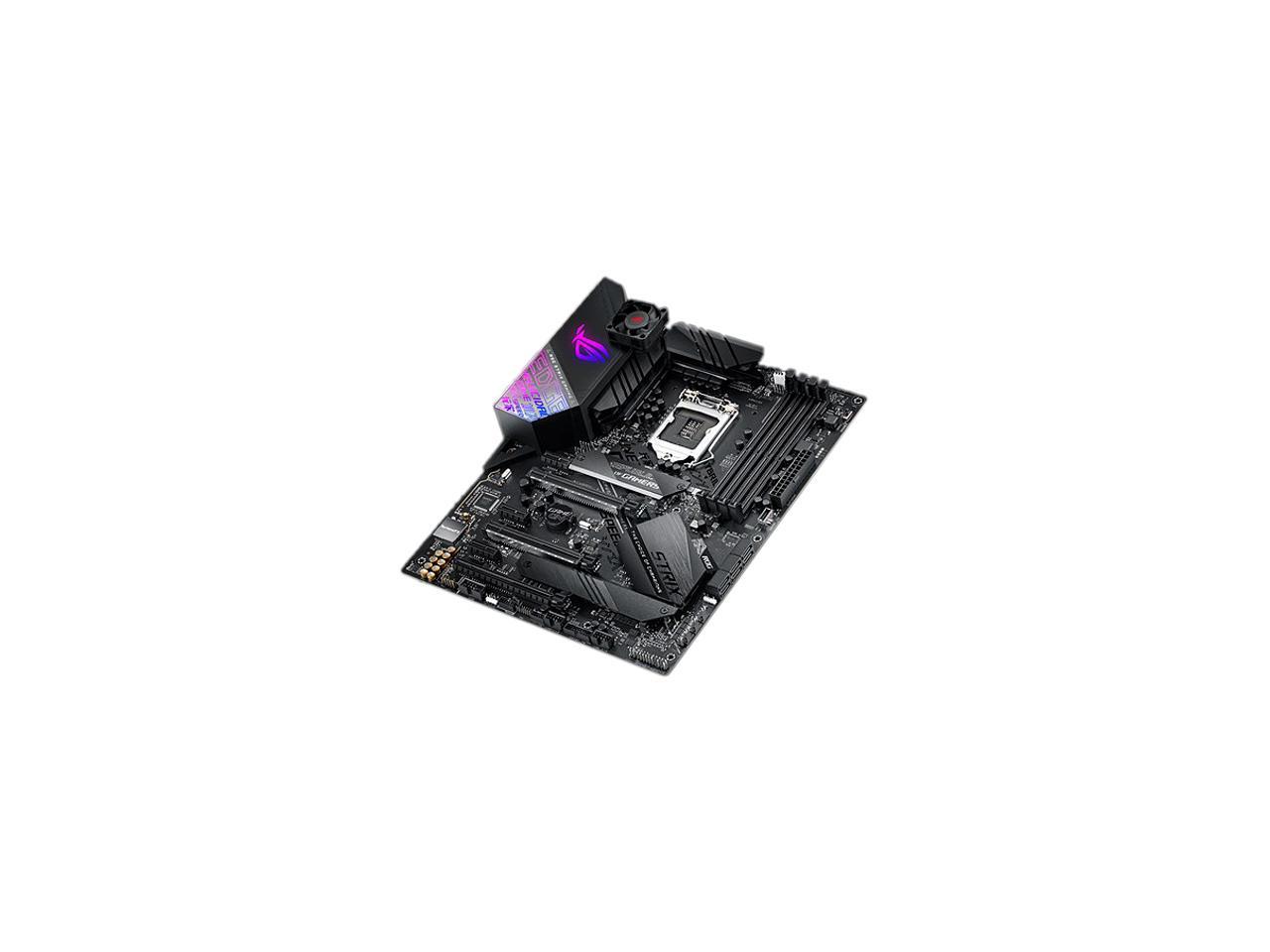 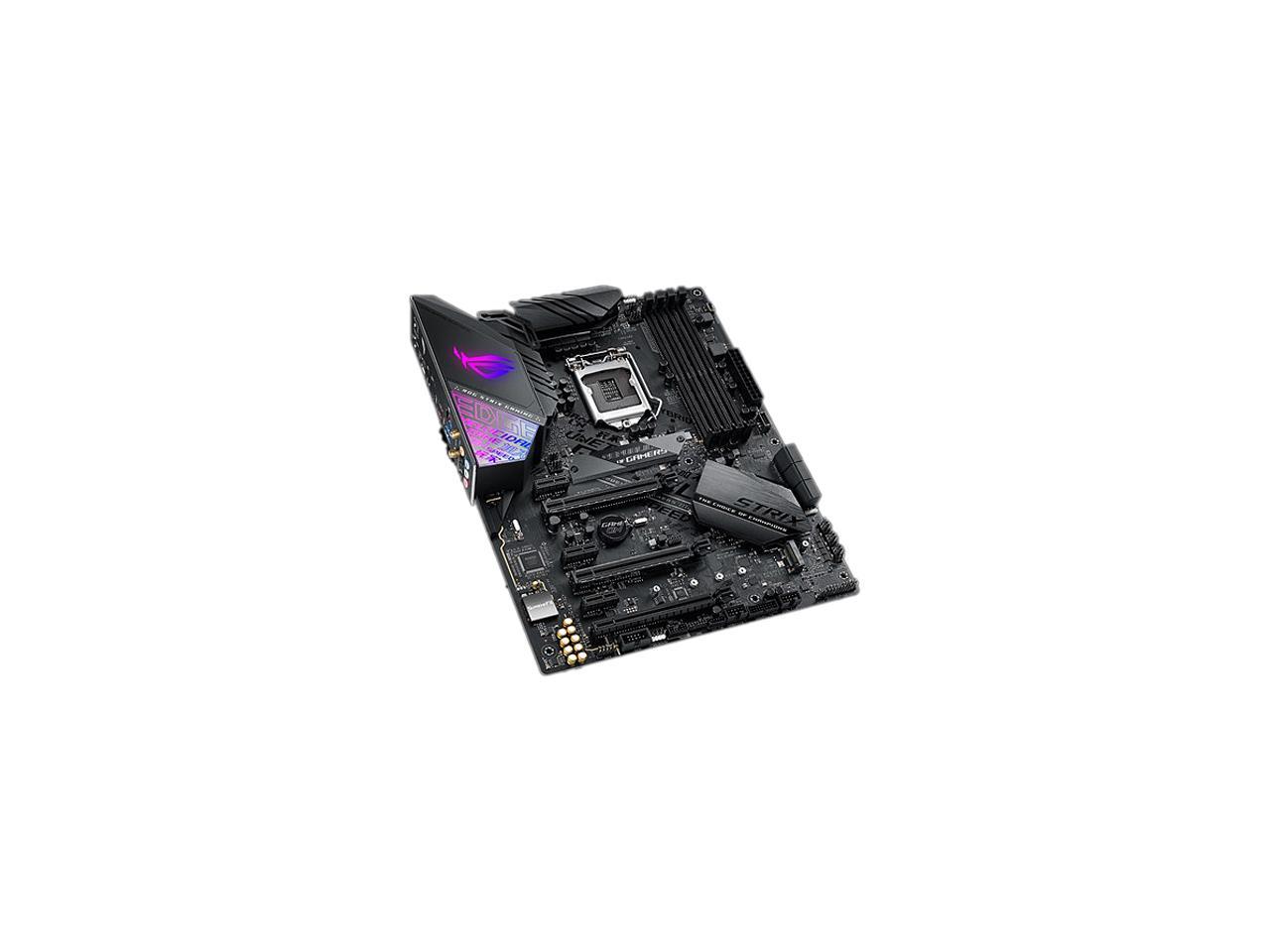 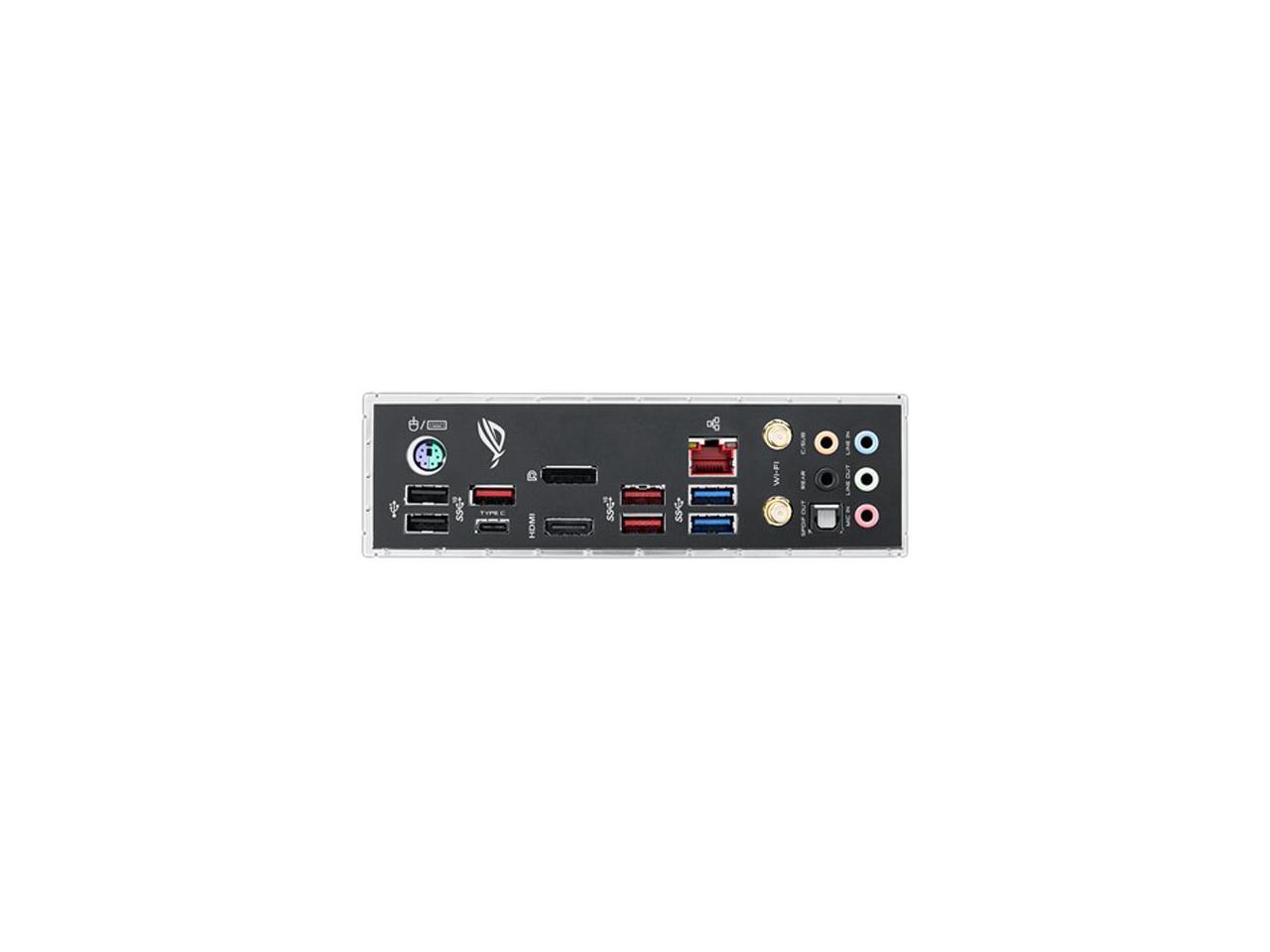 This means the product was tested and repaired as required to meet the standards of the refurbisher, which may or may not be the original manufacturer. Any exceptions to the condition of the item outside the manufacturer’s information should be provided in the listing, up to and including warranty details.
(15) Write a Review
See more "z390 motherboard"
In stock.
Ships from China.
Most customers receive within 4-22 days.
Overview
Specs
Reviews

Take command in full confidence with the ASUS ROG STRIX Z390-E GAMING Intel motherboard. It is designed for the 9th/8th Gen Intel Core processors and supports the high-end of other components. 5-Way Optimization brings intelligent AI overclocking while ASUS OptiMem II ensures stable DRAM overclocking. Cooling fans and water pumps can be easily adjusted via Fan Xbert 4 or the UEFI BIOS. And with the ASUS Aura Sync utility, it is a breeze to customize all your RGB devices, including the motherboard which has built-in RGB LEDs. The overclocking module of AI Suite's 5-Way Optimization has been revamped for the Z390 platform. With a revised back-end that has the intelligence to overclock a CPU based upon smart prediction and thermal telemetry, this new version quickly delivers overclocking results that would typically take days of manual tuning. ROG Strix Z390 Gaming series features the most comprehensive cooling options ever, configurable via Fan Xpert 4 or the UEFI BIOS. Featuring a dedicated pair of PWM/DC fan headers for CPU coolers, a dedicated PWM/DC header for self-contained water-cooling setups and a dedicated header that can supply over 3A to high-performance PWM or DC water pumps. Utilizing the S1220A codec, SupremeFX is the integrated-audio solution that's engineered to provide a flat frequency response for a neutral, detailed sound signature. And to ensure that pristine signature is perfectly preserved, the front-panel output is driven with dual op amps, delivering sonics with the scale and authority to create virtual worlds via your gaming headset. ROG Strix motherboards deliver sterling performance and superior aesthetics to outshine the competition. ASUS Aura offers full RGB lighting control with a variety of functional presets for the built-in RGB LEDs as well as strips connected to the onboard RGB header—and it can all be synced with an ever-growing portfolio of Aura-capable ASUS hardware. ROG's I/O shield is finished in sleek matte black and comes pre-mounted to make it easy to install the motherboard.

Overall Review: So far so good I’m really liking this board it does what I need and then some! you can’t go wrong when choosing ROG motherboards

Pros: Even referbished, this thing is a beast. Make shure you unlock all things for your system in the Bios. Very good Mobo.

Cons: None other than make sure all ports and connections are set. Think my Sata ports were not all open and a few were set wrong in UEFI.

Overall Review: I love it Lots of capabilities.

Overall Review: So for anyone who is having issues with this motherboard.relax. Make sure you reset the CMOS and when powering up make sure no usb devices are connected besides keyboard display/hdmi, and mouse. DO NOT HAVE ANY USB 2.0 cables or audio cables connected to Motherboards bottom slots. Have a flash-drive ready with latest motherboard update (for Asus make sure you use the rename program or update wont be read it) Boot into Bios and update. I hope this saves someone the 3 day headache I overcame. -what I did in short description- I had a usb over current boot loop issue and couldnt get into Bios. Unplugged all case( usb2.0 and audio) connectors from motherboard. I kept the usb 3/3.2 and power connectors connected. Held my screwdriver for a good 15seconds on the 2-pin CLR and FINALLY I got into bios.

Pros: Motherboard works as expected out of box with i7-8700k Came with SATA cable Looks great

Cons: VRM heatsinks had scratches in them covered up with black sharpie. Not noticeable inside build! Did not come with WiFi/Bluetooth Antenna Only came with motherboard, SATA cable, and CPU socket cover

Overall Review: I upgraded my old CPU, motherboard and cooler a while ago and gave my old parts (i7-8700k, Asus ROG Strix Z370-E, NZXT Kraken X62) to my friend. After 3 months, his computer began shutting down only while gaming, which led me to believe his cooler was faulty and either needed new thermal paste or a whole new cooler. After a few days, his PC refused to turn on completely. Every component still lit up aside from EZ LED on the board, which would give a readout of wether the RAM, CPU, VGA or BOOT device is at fault. None of those lights were lit, and one fan header mysteriously went dead too. I tried booting the PC without a CPU to see if I could get EZ LED to light up, as well as without a graphics card, RAM, or BOOT device, yet still no luck. I also tried clearing the CMOS and swapped his graphics card and RAM into my build, which worked fine. I concluded that the motherboard was dead, and I advised that he should also order a new power supply as his old one could've been the cause to killing the motherboard since the one he had previously was pretty old and unreliable. After ordering this board, we waited 14 days until it showed up in the mail. Installed his new PSU and this motherboard, and his system booted for the first time in over a month! Works great, looks great, and was a great purchase.

Pros: -The motherboard went into case perfectly. -Excellent overclocking on my i9-9900k. -The artistic design and lighting on the motherboard look fantastic.

Cons: -The antennas that came with the motherboard are not the original ASUS wi-fi antennas and they seem to perform worse than the ones that come with the board out of a new box. Can't find them on Asus's website or on any major online retailer.

Overall Review: I would recommend the product, as it's a good deal on a motherboard that practically looks new, however I would try to find an option that comes with the original antennas as the one's in the box are not very good and it seems impossible to find them online.

Manufacturer Response:
Dear Valued Customer, Thank you for bringing this to our attention and I certainly understand your frustration. Have you already contacted your Place of Purchase for an exchange? Please provide me with more details on this situation so we can take the appropriate steps to get these issues straightened out. We recommend always making purchases through qualified vendors. If you need any assistance, feel free to contact me at cl-adrian@asus.com, and I will help you to the best of my abilities. I am here to assist our customers with our products and dedicated in bringing a resolution to all issues that they may come across. Your case for reference is N2101051548-0002. Thank you for choosing ASUS! Best Regards, Adrian ASUS Customer Loyalty – US Support
Anonymous
Ownership: 1 day to 1 week
Verified Owner
Great Product had everything I needed12/4/2020 6:52:19 AM

Pros: Looks fantastic out of the box, fairly easy to install.

Cons: Advertised as a 1151 socket and using a Intel BX80684I78700K Core i7-8700K I was not able to get it to post. Assuming this is a 1151 (Series 300) socket which it does not say in the description. Tried everything to get it to post including breaking it down to a single RAM DIMM, CPU, PSU and onboard video (as well as testing with GPU). Would not even attempt to show video to post. Reinstalled my old motherboard (ASUS Tuf Gaming Plus) and everything fired back up so I know it was not a component issue.

Overall Review: Hopefully someone can clarify which socket this is supposed to use.

Manufacturer Response:
Dear Valued Customer, We certainly understand your disappointment and the inconvenience this may have caused you. What are the symptoms your system is currently exhibiting? If possible please try clearing your CMOS by removing the disk-like battery while your system is completely powered off and unplugged. If the issues persist, feel free to contact me if you have any technical or general questions. You can reach me at cl-adrian@asus.com. Your case for reference is N2012013614. Thank you for choosing ASUS! Best Regards, Adrian ASUS Customer Loyalty – US Support
Victoria G.
Ownership: 1 month to 1 year
Verified Owner
Great customer service5/7/2020 7:27:59 AM

Overall Review: TL;DR 10/10 would buy again I didn't receive all the parts for my new computer at the same time, so I had to wait to build my PC. This motherboard arrived quickly and early, so by the time I was ready to go it was beyond its 30-day return policy. Everything was easy to install but the computer kept booting to BIOS and my HDD wasn't being recognized; none of the 6 SATA ports on the MB were working. I contacted the seller and they offered me 2 choices: a refund (even though it was beyond the 30-day policy) or to troubleshoot. I really wanted this MB, so went the troubeshooting route. They actually listened to the steps I'd already taken (!! rare for tech support, in my experience), and we were able to get to the issue very quickly: CSM was disabled in BIOS. I'd never seen this setting disabled by default, and must of missed it when I was checking the BIOS settings. Now everything is working perfectly. Great experience with this seller and 100% recommend.

Pros: Like-new board for half the price. Fast shipping.

Cons: No manual/documentation, but that was expected. All are available online.

Overall Review: The board I received was in a sealed anti-static bag and looks unused. It included both heat spreaders for the M.2 sockets and two antennas for the wireless network adapter. ASUS preloads a driver management utility on the board. It can fetch the current Windows drivers for audio/networking and other hardware utilities. Or you can download all that stuff yourself from the manufacturer website.