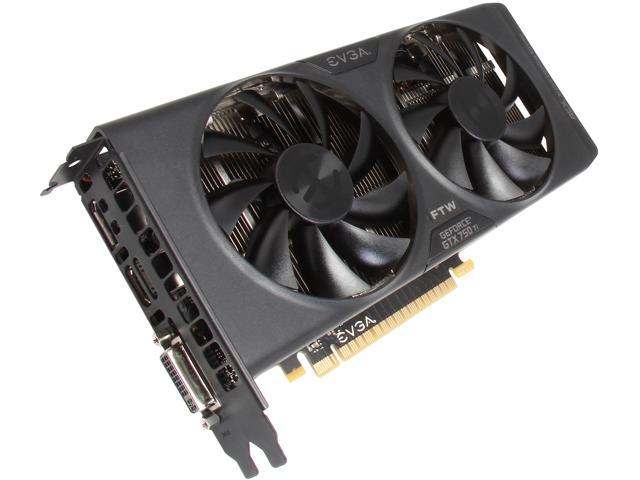 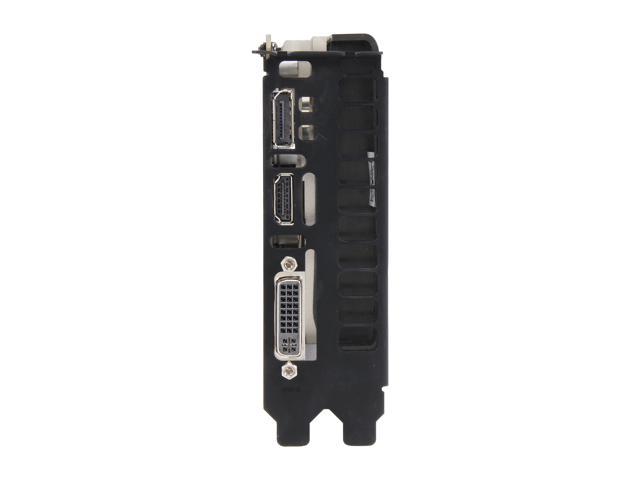 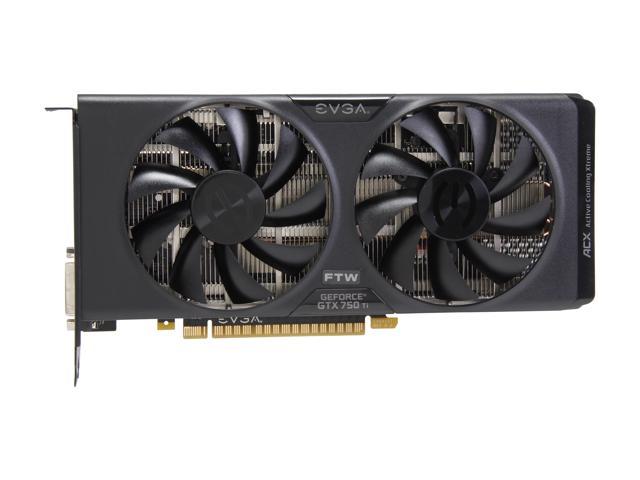 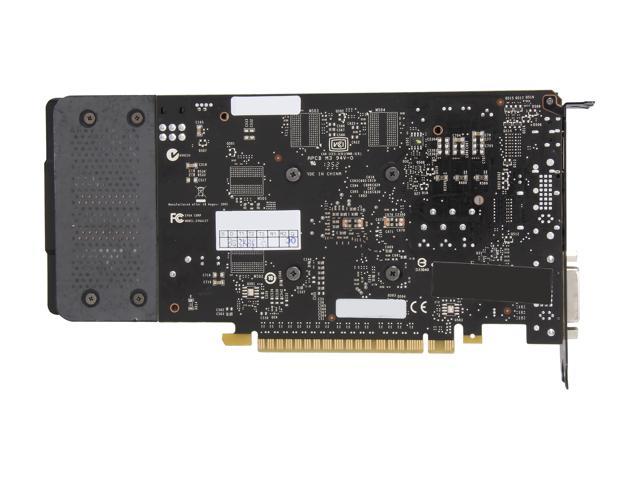 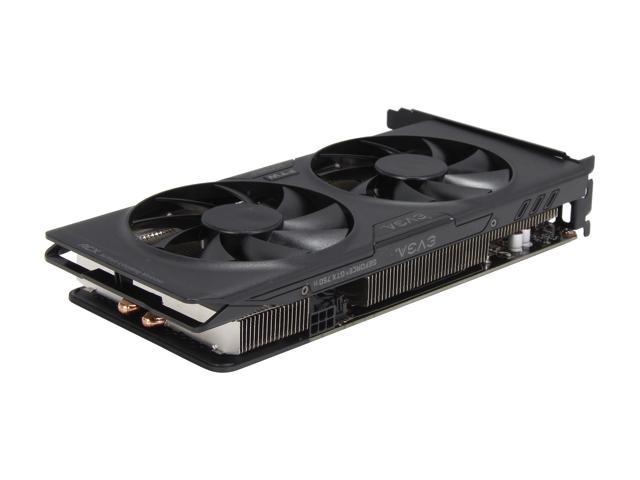 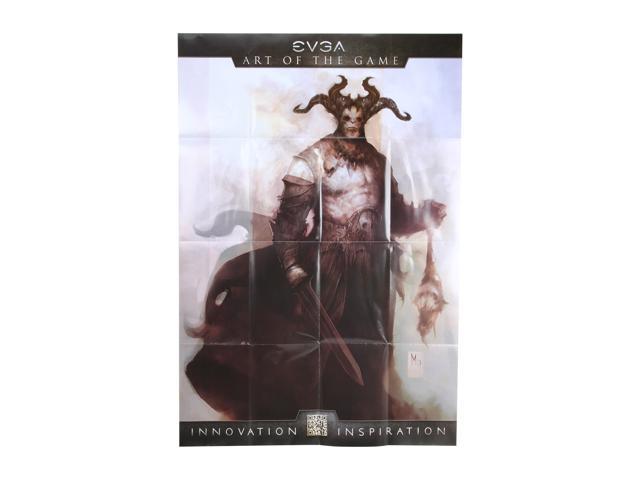 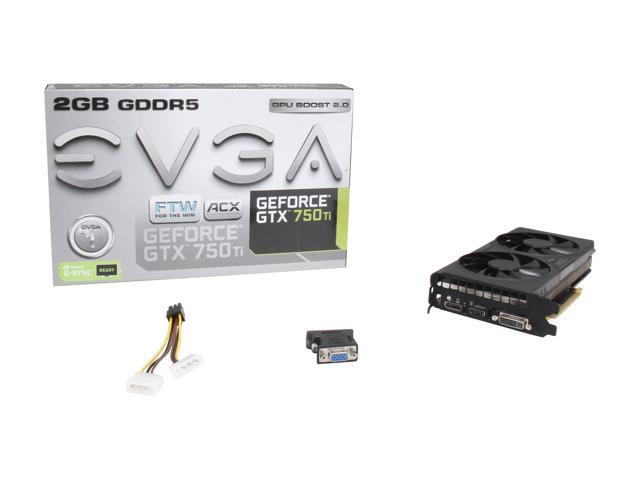 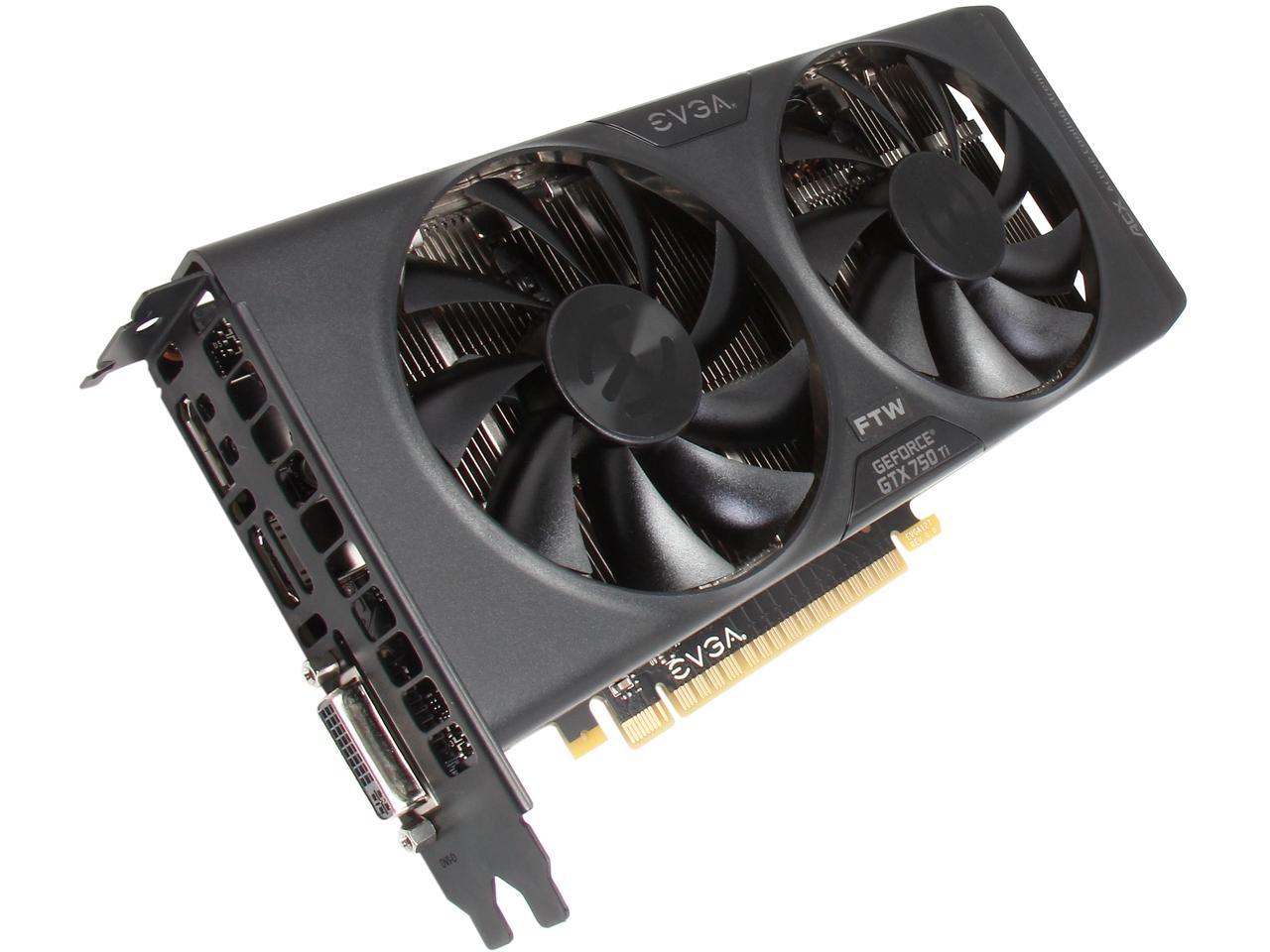 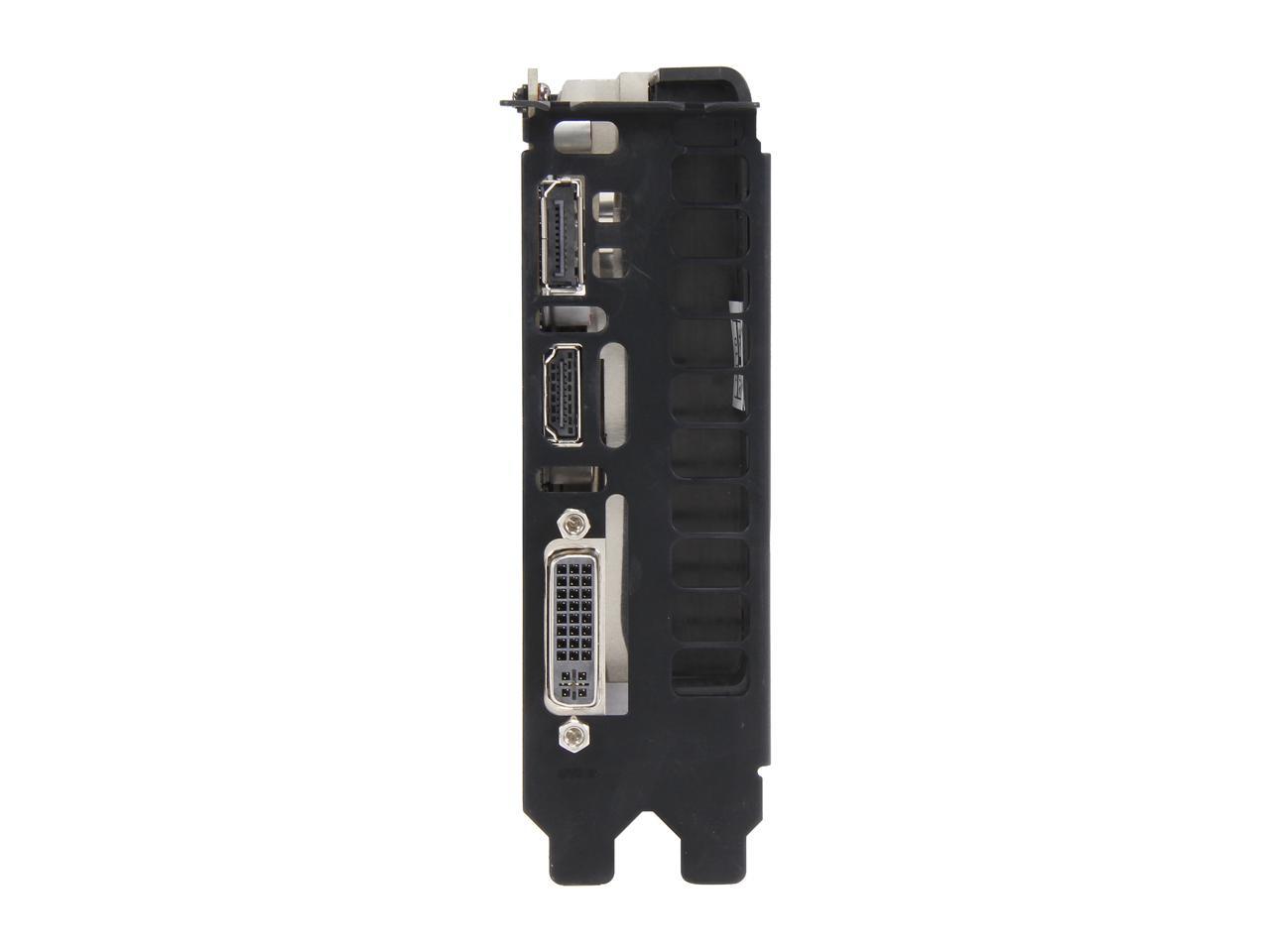 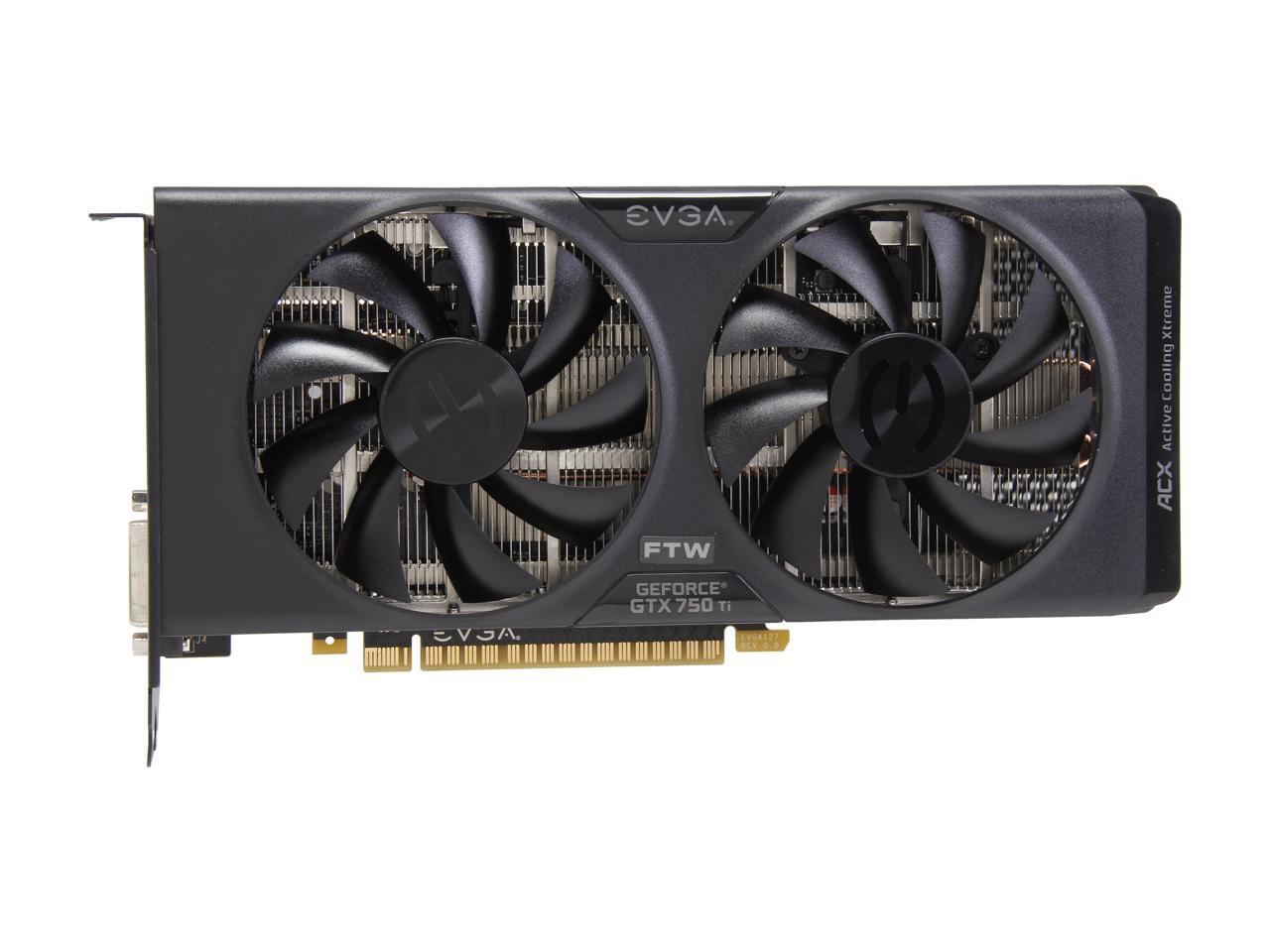 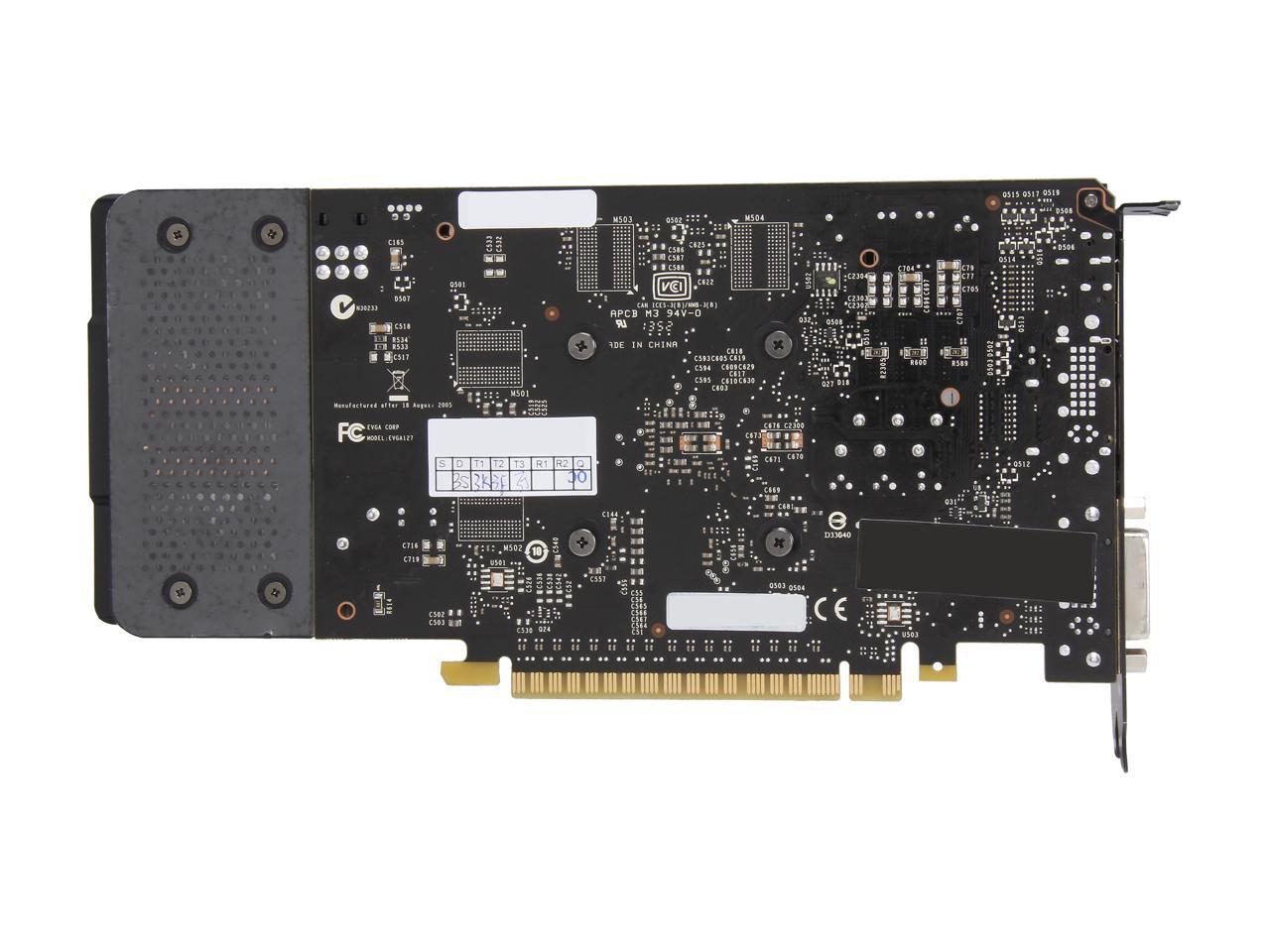 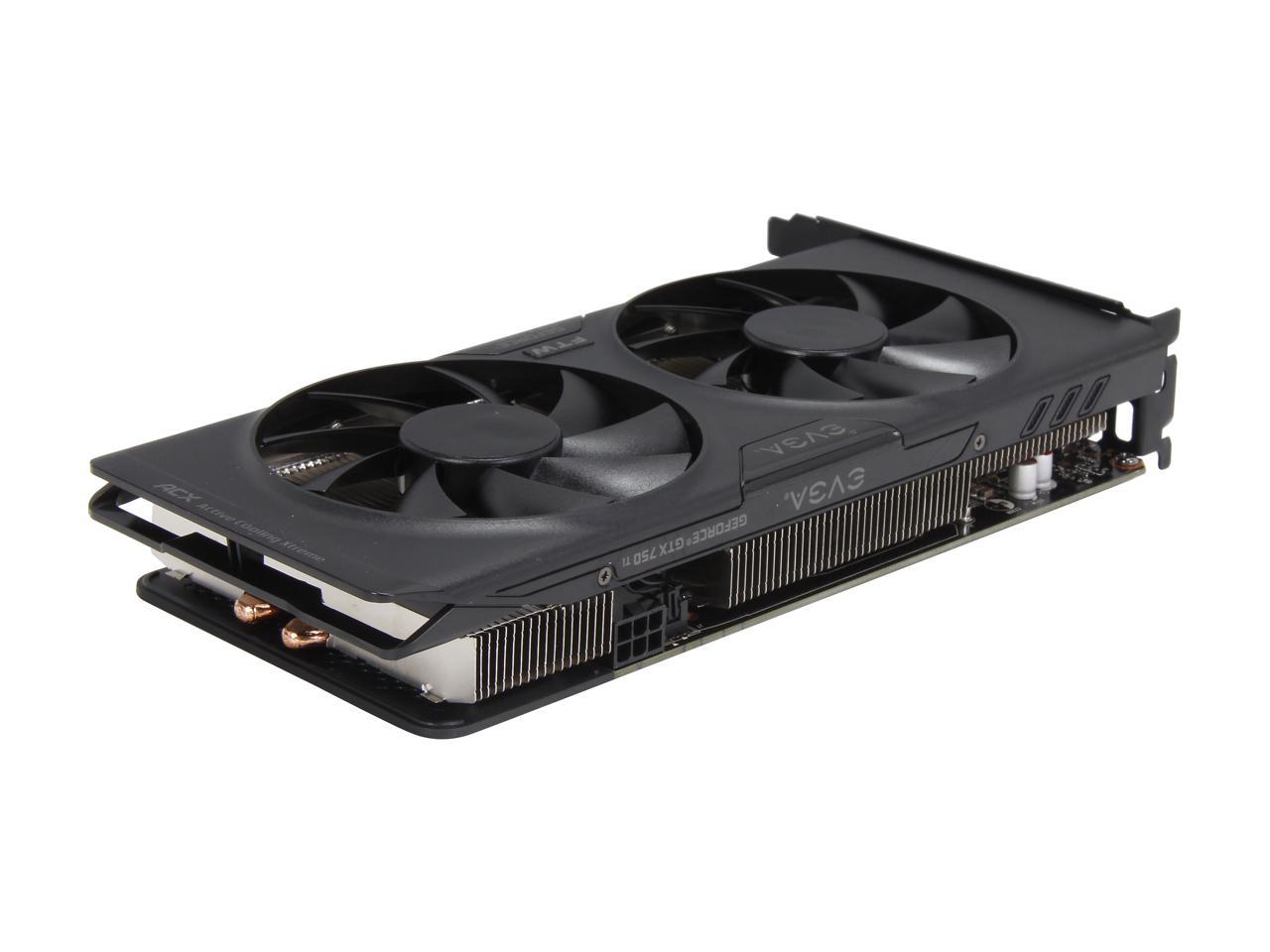 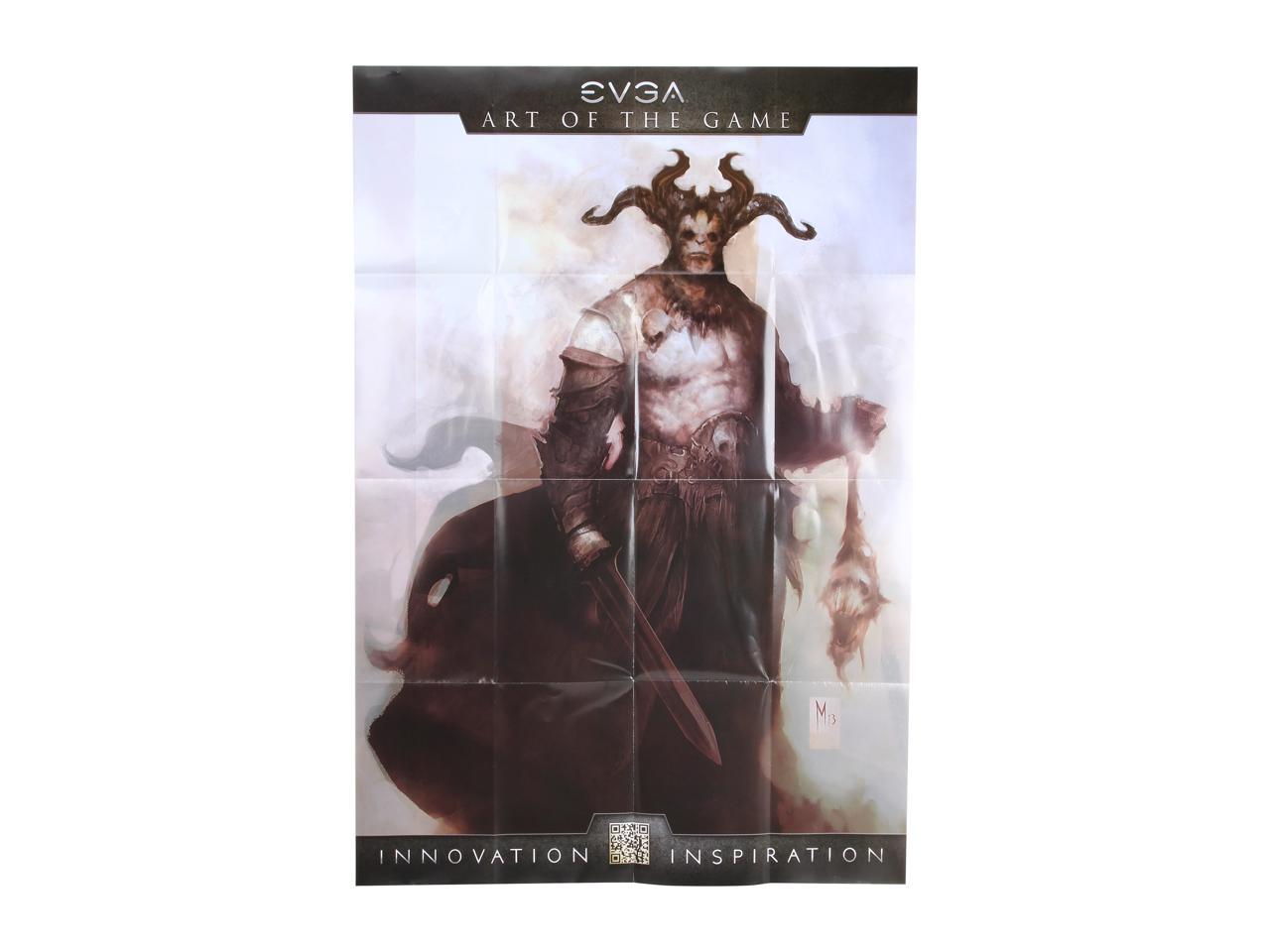 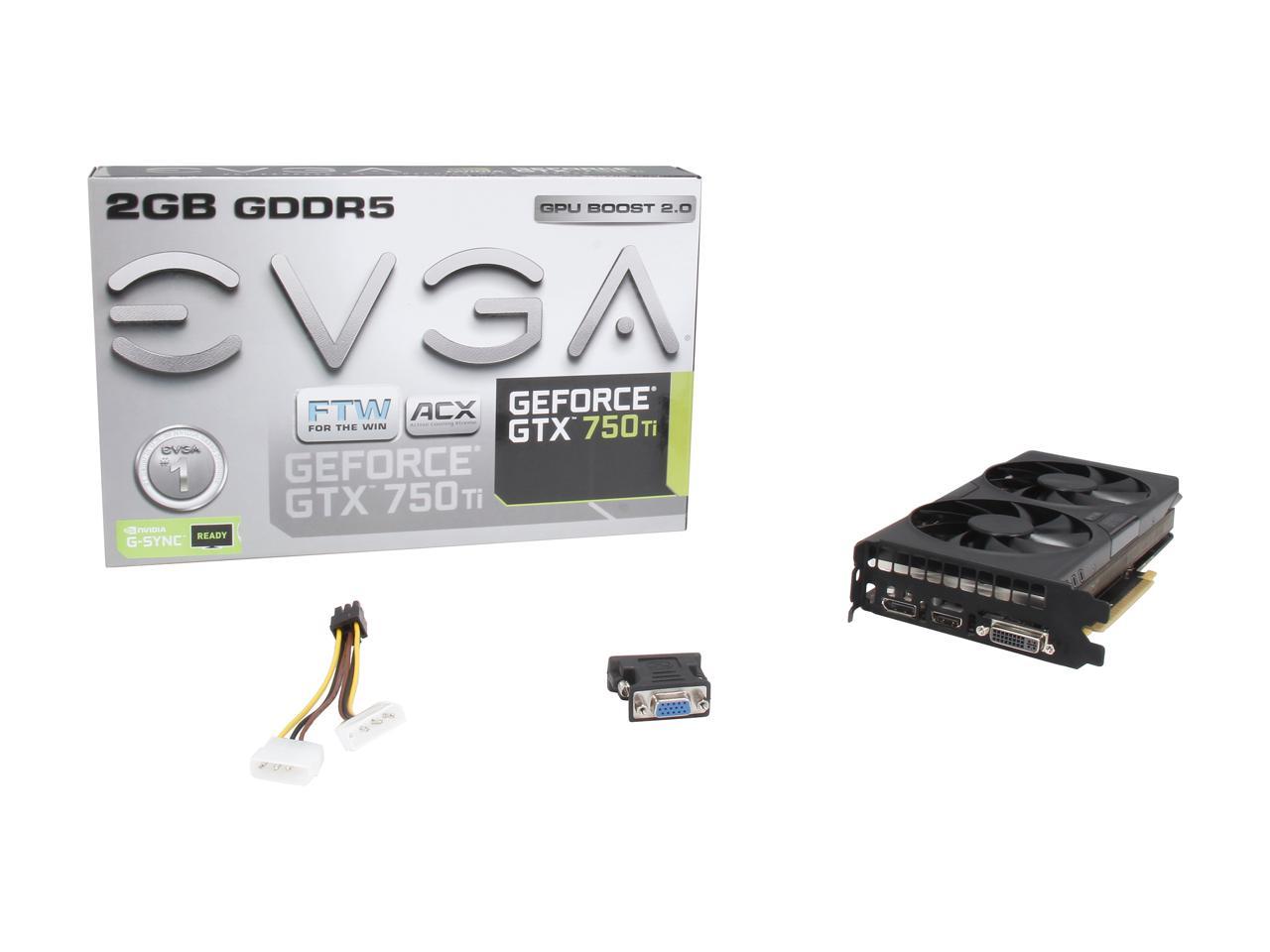 GTX 750 and GTX 750 Ti cards give you the gaming horsepower to take on today's most demanding titles in full 1080p HD. They deliver 25% more performance than previous generation cards and up to twice the power efficiency, thanks to the next-generation NVIDIA® Maxwell™ architecture. Plus, they come loaded with GeFoce GTX gaming technologies like NVIDIA GameStream™ G-SYNC™, and GeForce Experience™.

If you're looking for hyper-realistic gameplay, stunning visuals, and exceptional value, this is your graphics card. Bradley A.
Ownership: 1 month to 1 year

Cons: You can not SLI these cards.

Overall Review: Very good performance per watt. This Evga model bios can be modified very easily if you want a bit more power. Do so at your own risk though.

Pros: This card is amazing. It has low power requirements, can overclock easily, great price, and capabilities. It took me less then 5 minutes from opening package to installing, an playing some games. I also upgraded from a GTX 650, which was a half size card in length. With my full size tower, the GPU looked puny. Now with this installed it looks more symmetrical.

Cons: No SLI capabilities. With this price, I would have loved to have done an SLI configuration. This one missing feature though does not outweigh the pros.

Overall Review: This card is meant for mid range gaming, this is by all means not an enthusiast GPU. With that being said this card cannot be matched in price and capabilities in the mid range level. Overclocked, it almost reaches GTX 660 capabilities.

Pros: This gpu is combined with an i3 4160 3.6ghz + 2x4gb g.skill ares 1600mhz ram with a 1680x1050 Samsung T220HD monitor. Plays the following games on medium to high settings: Assassin's Creed 3, AC 4: Black Flag, AC: Freedom Cry, AC: Revelations, Alice: Madness Returns, Bulletstorm, Left 4 Dead 1 & 2, Rainbow Six 6: Vegas 1 & 2, GTA 4 & 5, GTA: Episodes from Liberty City, Battlefield 3 & 4, ES V: Skyrim, ES IV: Oblivion, Far Cry 3 & 4, FC 3: Blood Dragon, Fallout: New Vegas, Borderlands 2, Duke Nukem: Forever, Payday 2, Crysis 1 to 3, Mass Effect 1 to 3, Bioshock 1 & 2, Bioshock: Infinite, Thief, Tomb Raider, Metro 2033 Redux, Metro: Last Light. As you can see this impressive list of games is enabled by this particular gpu, which happens to be priced under $150. If you can pick this up and be able to ignore the hype for high end gpu's especially if you can't afford it, I think you would be better off as you would still be able to play games like the ones I listed. I feel like I came out ahead considering theres a bunch of other games that I haven't played yet like Watch Dogs and Shadow of Mordor along with many others that the gtx 750 ti is compatible for. I'm planning to stick with this gpu for the next two years as there is many released and unreleased games that I need to play when I get the chance. :)

Cons: None. This is a great gpu as long as its reasonably priced. However, if your gpu is DOA (don't worry cuz they follow up on warranties), just contact their RMA department through the EVGA customer support number.

Overall Review: I was lucky enough to get this for $129.99 back in October 2014. The price for gpus has definitely gone up since games like GTA 5 and Far Cry 3 are starting to get more optimized. If you're new to building a pc, you should definitely get this when its between $130-140 as purchasing it at a higher price wouldn't make sense as you could get a more better gpu like the gtx 660 at the $150-160 price range. Do yourself a favor and pick the right gpu in the price range that you're willing to pay for. For me, this was a gpu that was much better than my old gtx 550 ti since it lets me play the games I want. Will upgrade to a gtx 960 ti in the future when it is released.

Pros: I decided on this card because I wanted to start playing some games on PC, but not spend $300+ for a high end card which would also require a PSU upgrade.. I have the mid level overclock set up with the included software and am playing Crysis 2 on 1080p and all settings on very high and it looks amazing, it is better than anything I have seen on PS4.

Cons: None do your research and know the limitations before buying and you will not be disappointed.

Cons: Buyer has to immediately update firmware to quiet fans Not SLI-capable For some reason the firmware update didn't work on this card, possibly because the .exe was confused by my second PCI videocard I have installed. I will need to uninstall that and try again to give the firmware update a fair try before I give up. My system is noisy as it is, so the extra fan speed isn't really an issue for me anyway.

Overall Review: I needed to upgrade from my GTX-275 so I could run the hangar module Alpha in Star Citizen (SC), but I wasn't ready yet to build a whompin SC rig. I want to wait and build a rig with the best components when the final game is released, which may be a while. Upgrading my old Dell XPS-435T (i7-920 CPU, 12GB RAM) with this card lets me try the SC Alpha and Beta access features without spending a ton of money. It works great, smooth and stable with the current nvidia driver. This was a perfect solution for me, with a latest-technology card that will be relevant for years to come.

Pros: Excellent GPU performance out of the box! The price point is good for the graphics performance return. One cannot complain about that! They run cool and quiet. A 500W PSU is more than enough to power this unit and everything else in a mid tower ATX build. I believe I have now built 6 PCs with these GPUs and shipped them to clients. There have been zero complaints! They run AAA PC game titles with relative ease (to include GPU intensive titles like Star Citizen). Running up to 3 displays is not a problem either. For under $200, you cannot go wrong with a 750Ti FTW GPU :)

Cons: The only thing I can think of is lack of SLI support, but for the $$ you really cannot expect 'all that.' The lack of SLI capability does hamper 'the expandability of PCs with these built into them, as it pretty much forces the owner to upgrade to at least a 760 for SLI. As I said above, the price point denotes slightly less in expandability options.

Overall Review: I build PCs as a secondary job, and we use a lot of these 750Ti FTW cards for entry level gaming PC builds that we ship to customers. We have not had a single complaint about these GPUs, so we are VERY HAPPY with them!

Pros: Upgraded from an older EVGA GTX 550 Ti that I had purchased back in 2011-2012 and though they're in the same bloodline, the difference is night and day between the two. This card takes half of the power of the 550 Ti, yet runs at a 30% higher clock and with twice the memory (but a smaller bus) and vastly improved gaming performance (perhaps partly due to the functionality the new Nvidia drivers have for the 700 series) and runs cool -- Very cool. has reduced the heat coming off of my tower from something akin to an F22 Raptor's jet exhaust down to something more like a baby's breath. I haven't seen a downside to this purchase. Installation was super simple, too. Came with good software. Powerful, cheap, fast, cool, and energy efficient? Not much more you could ask out of a card in this price range. Absolutely excellent card.

Cons: I have not seen, felt, nor heard any problems from this card or its operation, and I've been doing my best to put it through its paces. Perhaps the one downside I could potentially see is no SLI support. Two of these cool, power efficient cards running in tandem would be worth the money to me, alas, that does not seem to be an option.

Overall Review: Some say that this card is loud. Personally, I do not hear it. Maybe I'm just used to a loud machine, but I notice no additional noise out of the ordinary. Actually, the noise is more constant and smooth compared to the noticeable and slightly noisy fan sounds of the 550 I used to have. This edition of the 750 Ti DOES require a 6-pin connector to the power supply; be aware of that before you purchase. I was ready for it and had no problem with installation. I only have PCI Express 2.0 on my motherboard, so I don't know if I'm getting full performance out of this card yet. It should perform somewhat better on a mobo with a 3.0 slot on it.

Pros: Great card for the money. The ACX cooler really does a better job than the older blower-type of cooler - I have to look at the card to make sure the fans are running - they are totally silent. Perfomance-wise, this new 750 Ti is a real winner. This replaced a GTX 550Ti that I have have had for the past 3 years. Windows Experience with the 550 Ti was 7.4: with this new 750Ti, it jumped up to 7.7. Pretty good for a "budget card" . If this 750Ti is any indication of what the new Maxwell chip can do, I would say that NVidia has a real winner here. Can't wait to see what the more powerful versions can do.