How the Maker Faire Restored My Faith in Humanity

What happened to the happy-go-lucky, carefree, everything-is-awesome kid I used to be? It’s hard to pinpoint specific experiences — I think it comes down to life. Life happened. I went to college, grew up, moved on to see what the world was actually like, and decided that it’s not what I’d expected. It’s only natural – people care more about themselves than about anything else. I get it. But it’s the little things, like pointless littering. Or overly aggressive driving. Or walking slowly down a packed street with eyes glued to a smartphone. Years of watching people be overly self-absorbed have made me become somewhat of a cynic.

Fortunately for me, I stumbled upon the Maker Faire. I had the pleasure of experiencing Maker Faire Bay Area 2014 last week. Even though the event ended over a week ago, I still find myself thinking about it. But it wasn’t just the amazing displays of creativity and ingenuity that stick with me, or even the sheer scale of the event. For me, the most amazing part of the whole experience was the community itself. 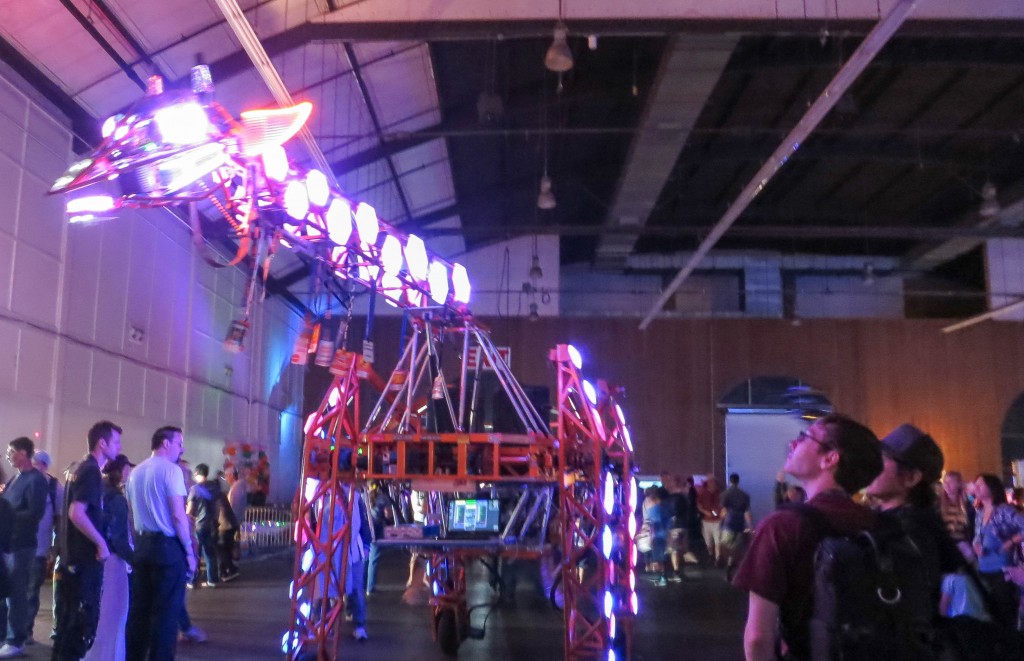 The Maker Faire is a place for people to showcase their creations and become inspired by the ingenuity of others.

For those unfamiliar with the Maker Faire, imagine a well-organized show-and-tell, at the massive scale of an expo. Walking around, you may see 3D printed pancakes, a giant remote-controlled hydraulic giraffe, or an Arduino-based robot army triggered by Kinect sensors, among countless other creations. These projects can range from curiosity-based tinkering, to creative outlets, to custom-tailored solutions – it’s all fair-game at the Maker Faire. More than a gathering of vendors, or even a group of people with a shared interest, the Maker Faire is “the Greatest Show (and Tell) on Earth.” The Maker Faire is organized by the folks at Maker Media, the publishers of the MAKE Magazine. It is a “celebration of the Maker movement,” a place for people to showcase their creations and become inspired by the ingenuity of others.

I consider myself an outsider to the whole experience, a neophyte at best. Having only recently been introduced to the community, the entire concept is still fresh to me. I knew about microcontroller boards and had a vague concept of what “DIY” projects entailed, but I had never actually participated in one of these communities before – I didn’t know what to expect. Needless to say, I learned a thing or two about the Maker community, and maybe even about people in general, that weekend. 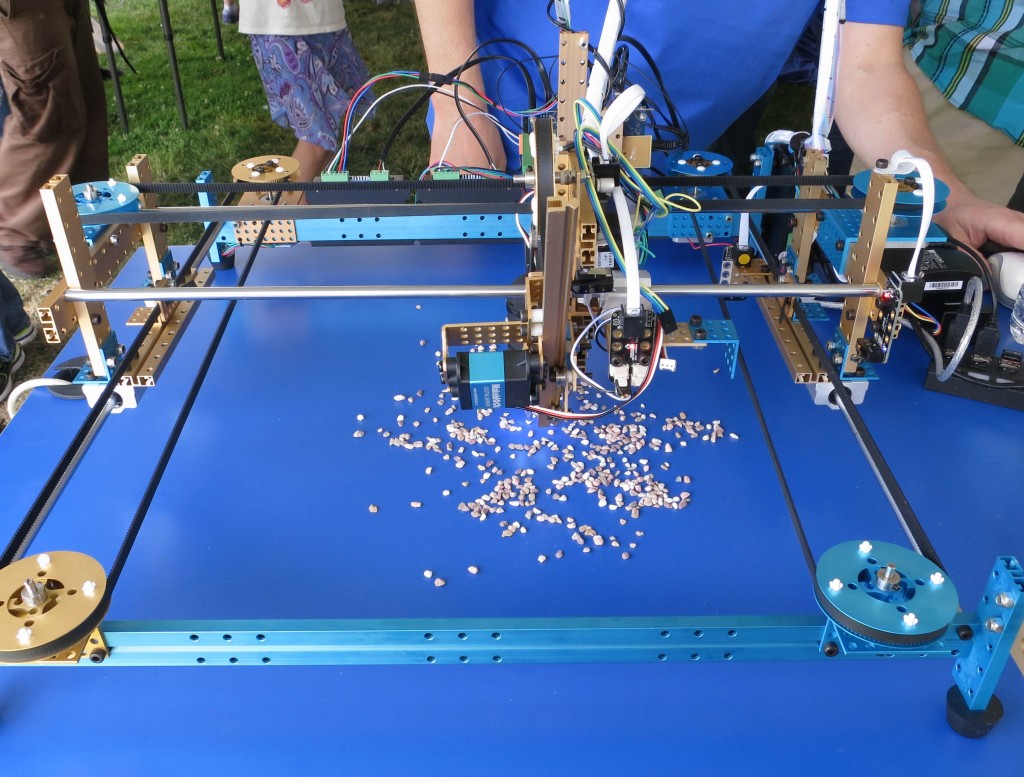 The representatives were more than willing to walk me through the project, regardless of how little I knew about the science behind the project.

First, the people are downright awesome. The dynamic I experienced in the Maker Faire was far more pleasant than what I’d expected. Instead of an endless barrage of salesmen, what I encountered were groups of people who were passionate about their work and creations. Proud to showcase what they’d made and what they were involved in, these self-called “Makers” didn’t hesitate to explain in detail what their projects were about, regardless of how much I knew (or didn’t know) about the science behind the project.

The first time I distinctly realized this was when I walked into the Intel tent and watched as a representative explained to a very curious toddler what he was doing with the Intel Galileo board. When the toddler walked up to the exhibit, the board had been acting wonky – chalk it up to loose cables. The little boy politely asked what the board was doing. As the representative started to explain apologetically what the board was supposed to be doing had it been functioning correctly, I looked around at the faces of the toddler’s parents and other onlookers. I was surprised to find that the representative’s admission of error was met with looks of kindness and understanding. It was as if they understood that as prepared as someone could be for a demonstration, sometimes the random technical issues prevail. The sympathy made me realize that the Maker Faire is about much more than an attempt to sell products to hobbyists – it is, at its heart, an event about sharing experiences and creations, and enjoying what the rest of the community has to offer. 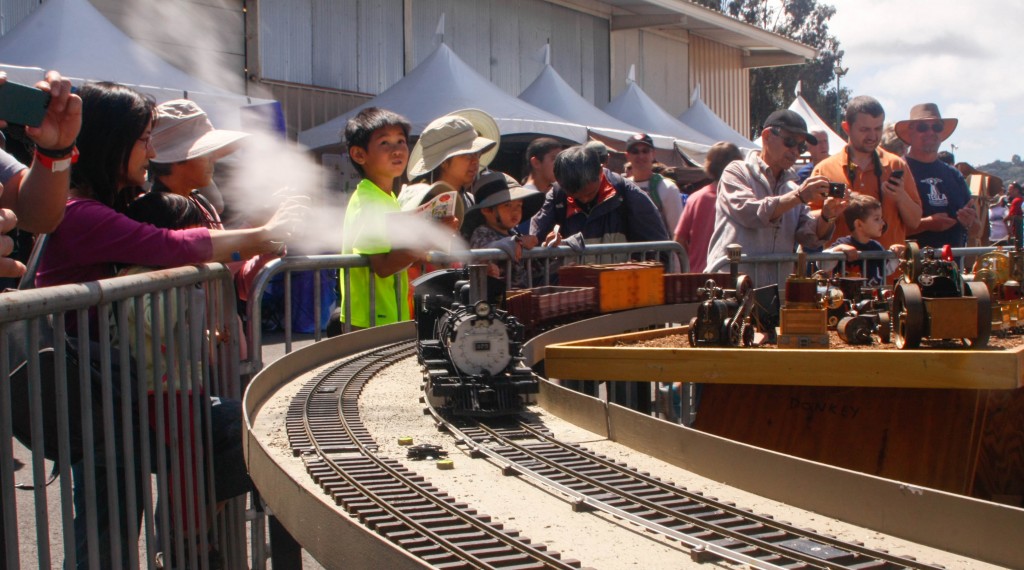 Being a Maker is about extending the childhood curiosity that each of us has within.

The second lesson that I learned is that being a Maker is about extending the childhood curiosity that each of us has within. When I first discovered the community, I saw it as a group of people who wanted to solve specific problems, and who wanted to be as hands-on with the solution as possible. While this is true for many of its members, I’ve realized that a lot of the spirit behind the community revolves around a shared sense of curiosity.

I had the pleasure of talking to a group of Makers who were displaying an assortment of cool gadgets. During our chat, I asked about how the group came to be – how did these individuals meet and decide to work together? I found that what had brought them together were a shared curiosity and a penchant for tinkering. After discovering these shared interests, they began to meet up regularly to work on projects, which eventually culminated into displaying their awesome creations at the Maker Faire. In the end, all it took was a shared passion to bring a group of strangers to work as a team.

The third thing I learned from my two days at Maker Faire was that the community doesn’t discriminate. It consists of people from all over. It doesn’t take a particular demographic or socioeconomic status for someone to be curious and to want to fiddle around with things. I watched as people from all ages and from all over the world hopped from demonstration to demonstration, engaged and amazed. I watched as parents introduced their children to the Radioshack reps so they could ask about the 3D printers that were on display. I watched as young high school students explained the science behind their environmental project to older attendees, who were amazed and appreciative of the work the high school students had done. When it came to talking about their passions, it didn’t seem to matter with whom these Makers were sharing. They were happy just to be sharing. 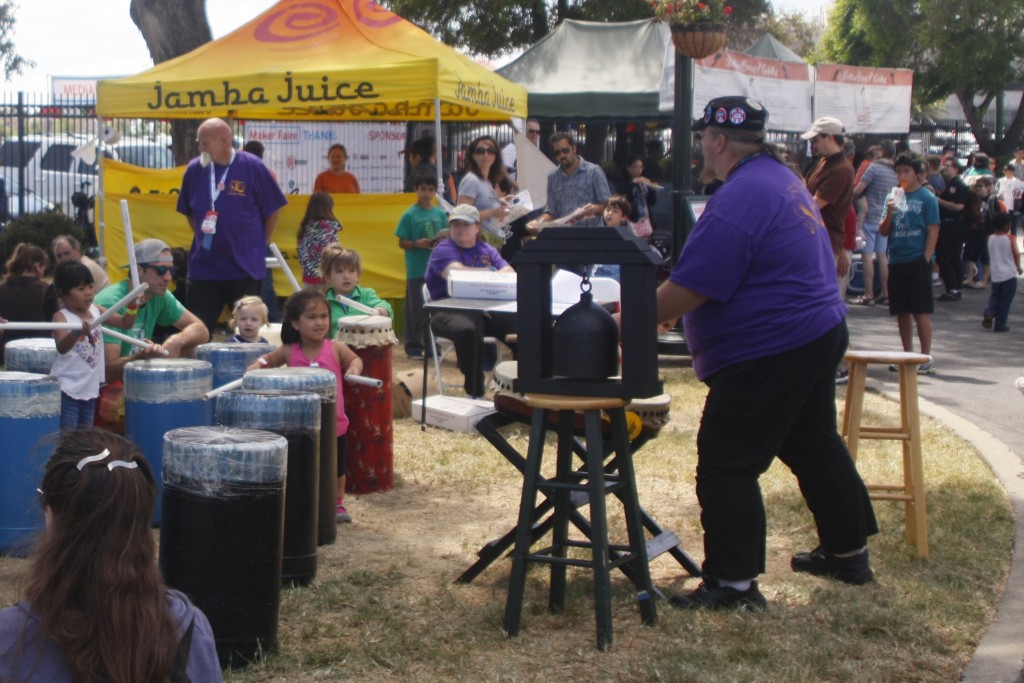 Everyone is welcome to join in on the Maker festivities.

The night before the Maker Faire, at the nearby motel where I was to be staying, I ran into a middle-aged Japanese man. In a mixture of Japanese and English, he asked me where I was from and what I was doing. Through the confusion and miscommunication, I was able to find that he had traveled to the Bay Area to attend the Maker Faire. It was unclear to me whether he was there as a vendor or an attendee, but it made me realize how far the Maker community has come.

Kudos to you, Maker community: in a world where people are becoming increasingly selfish and self-absorbed, you’ve shown me that there are still communities of people that are welcoming and understanding.