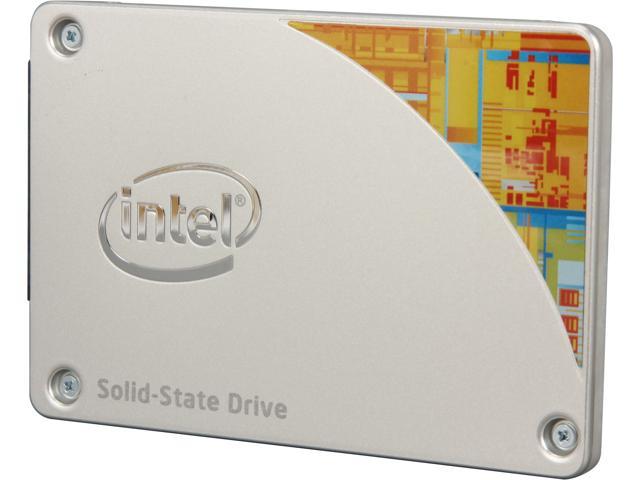 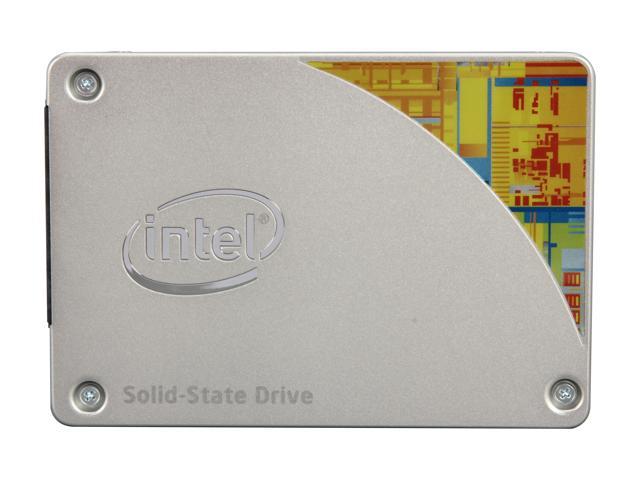 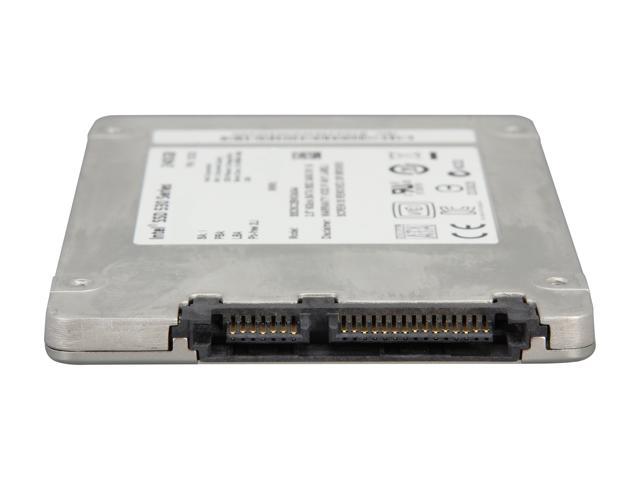 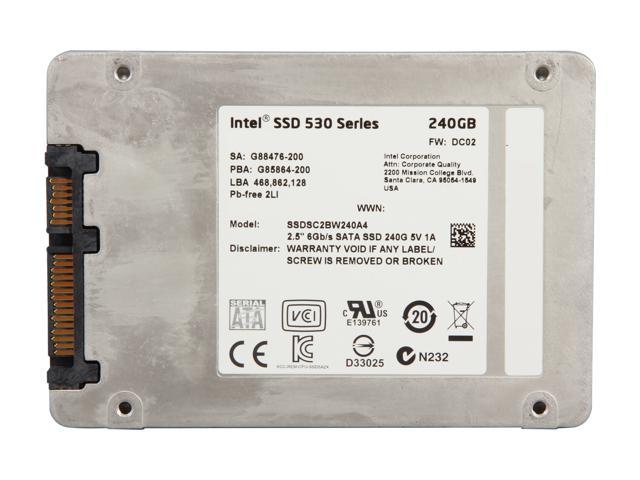 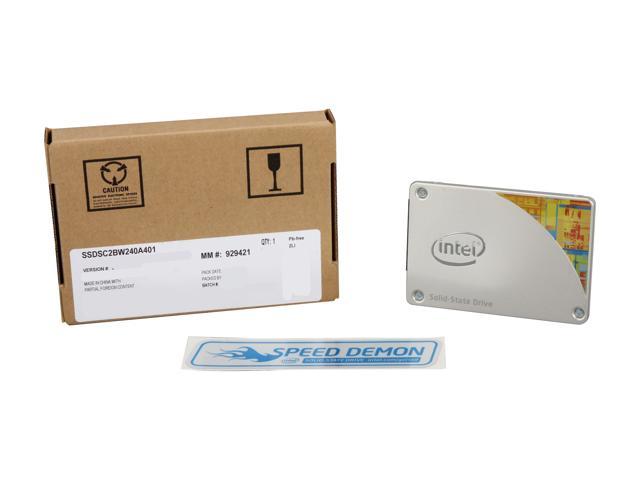 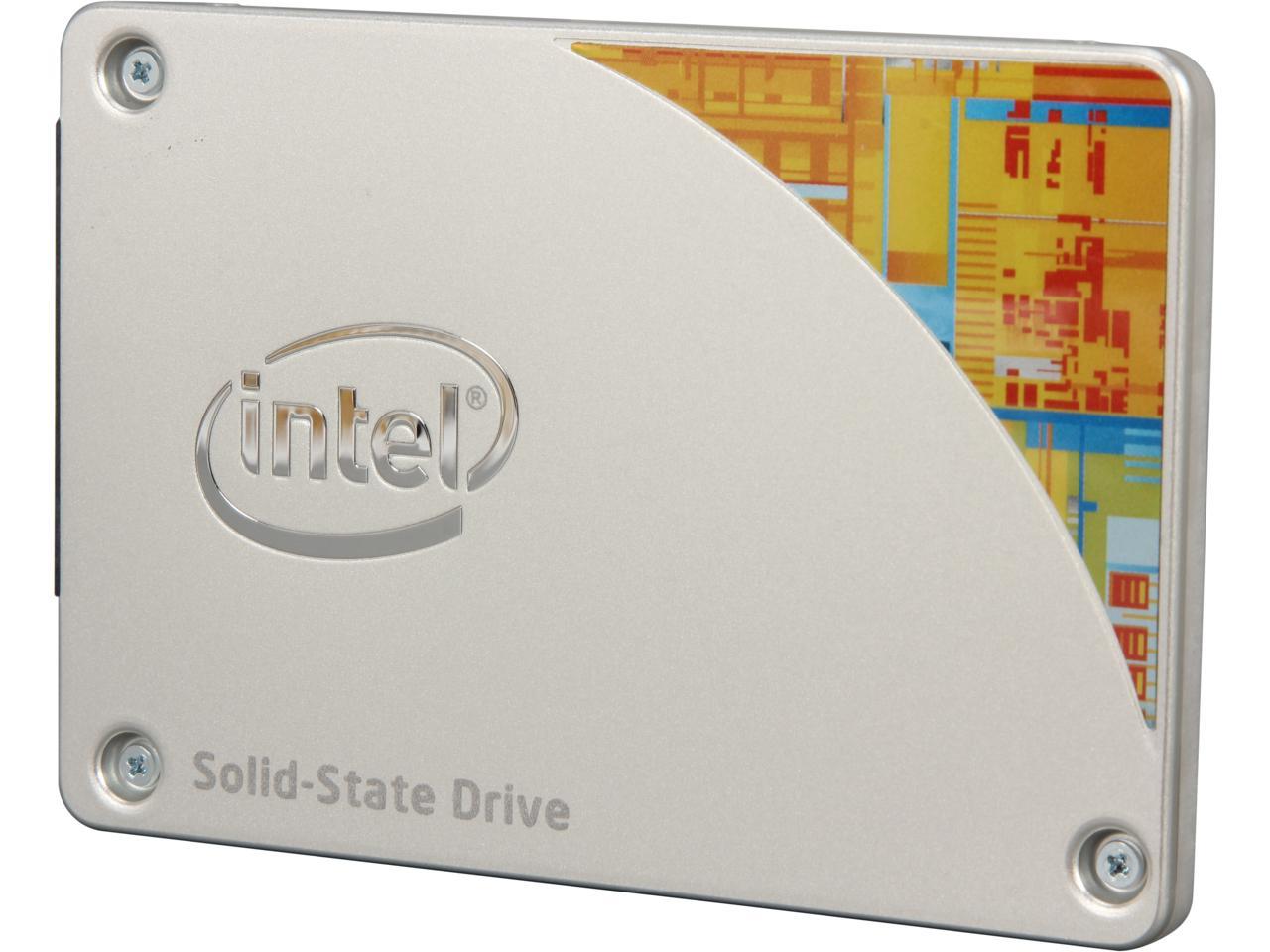 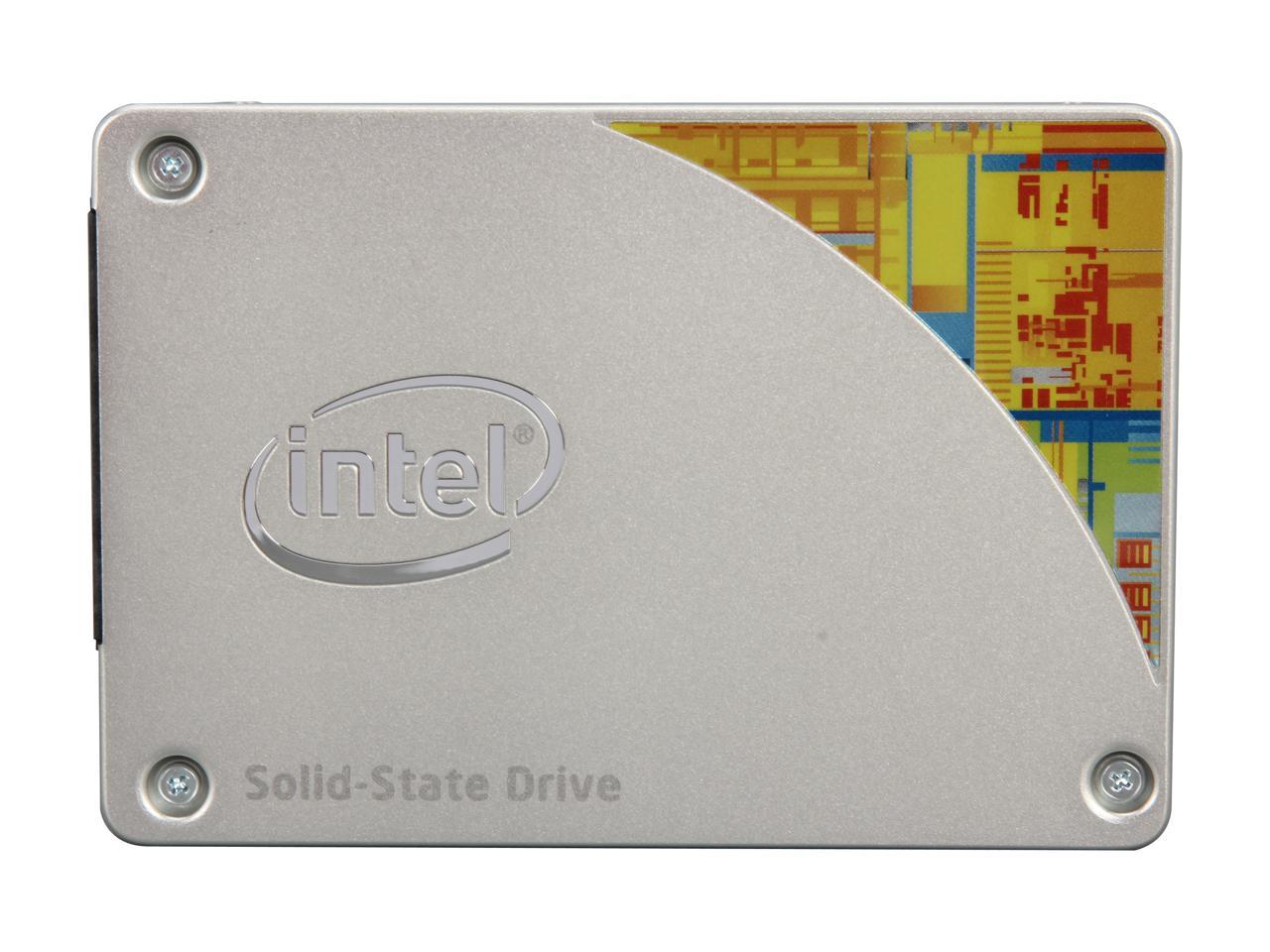 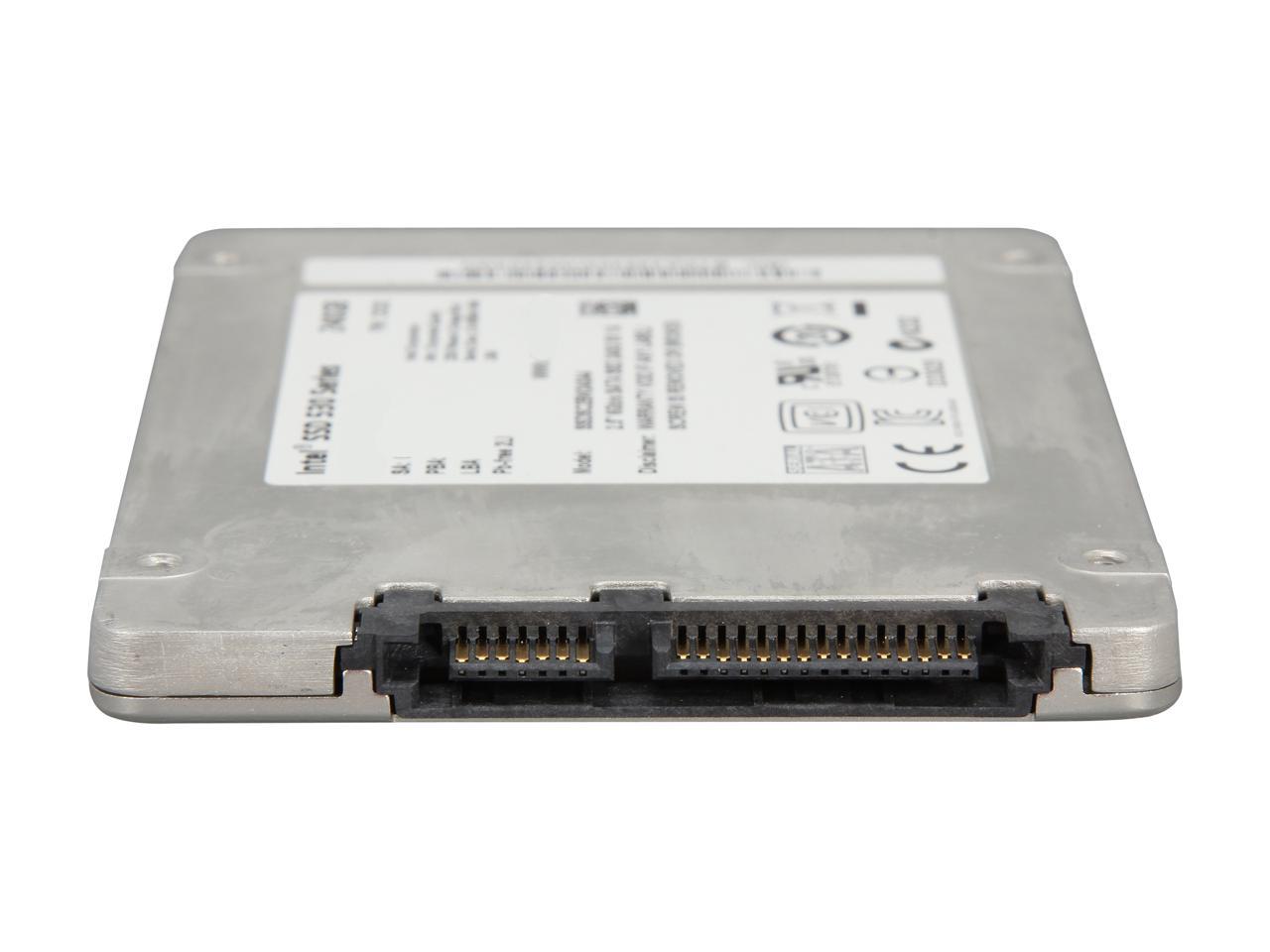 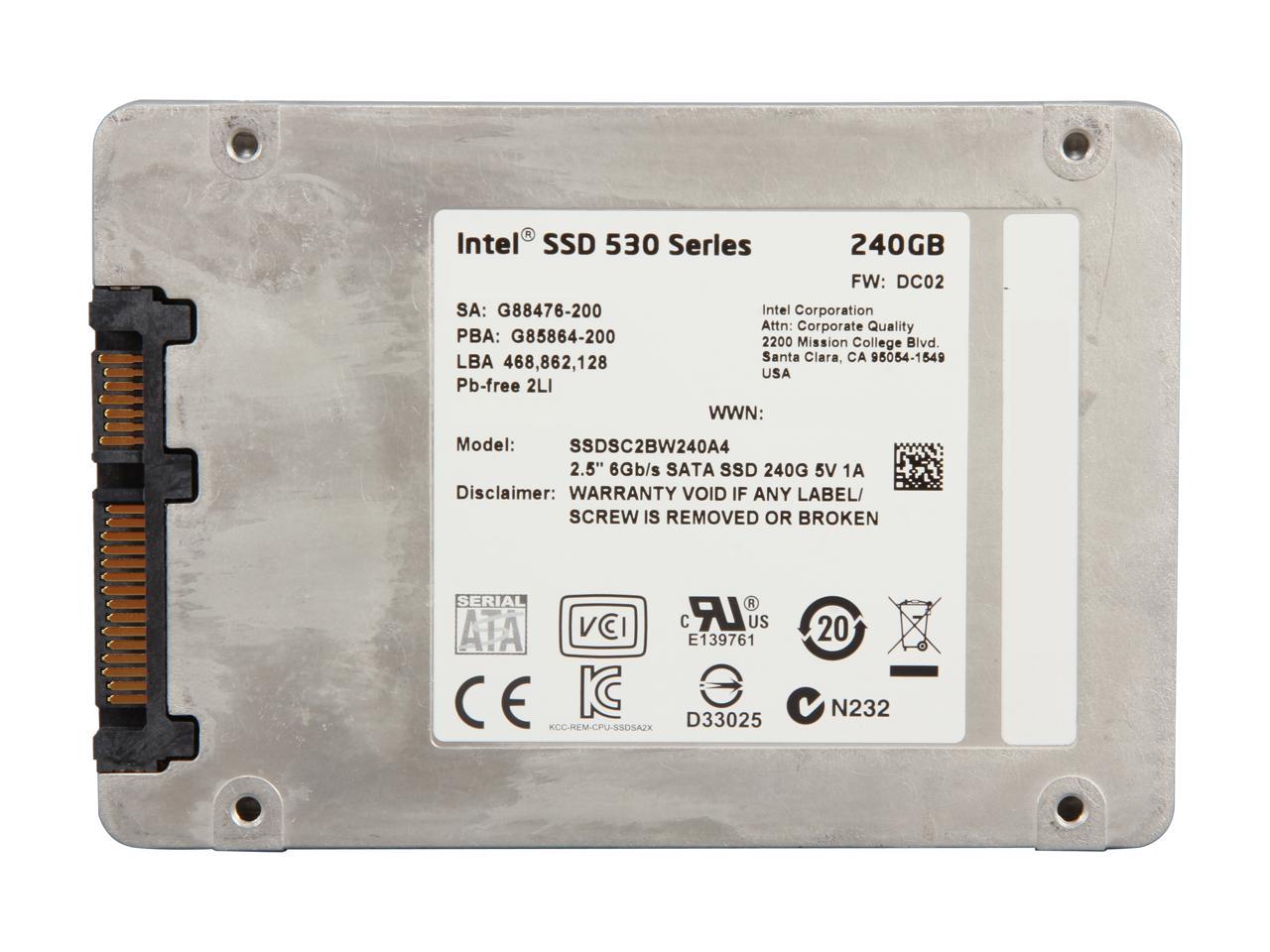 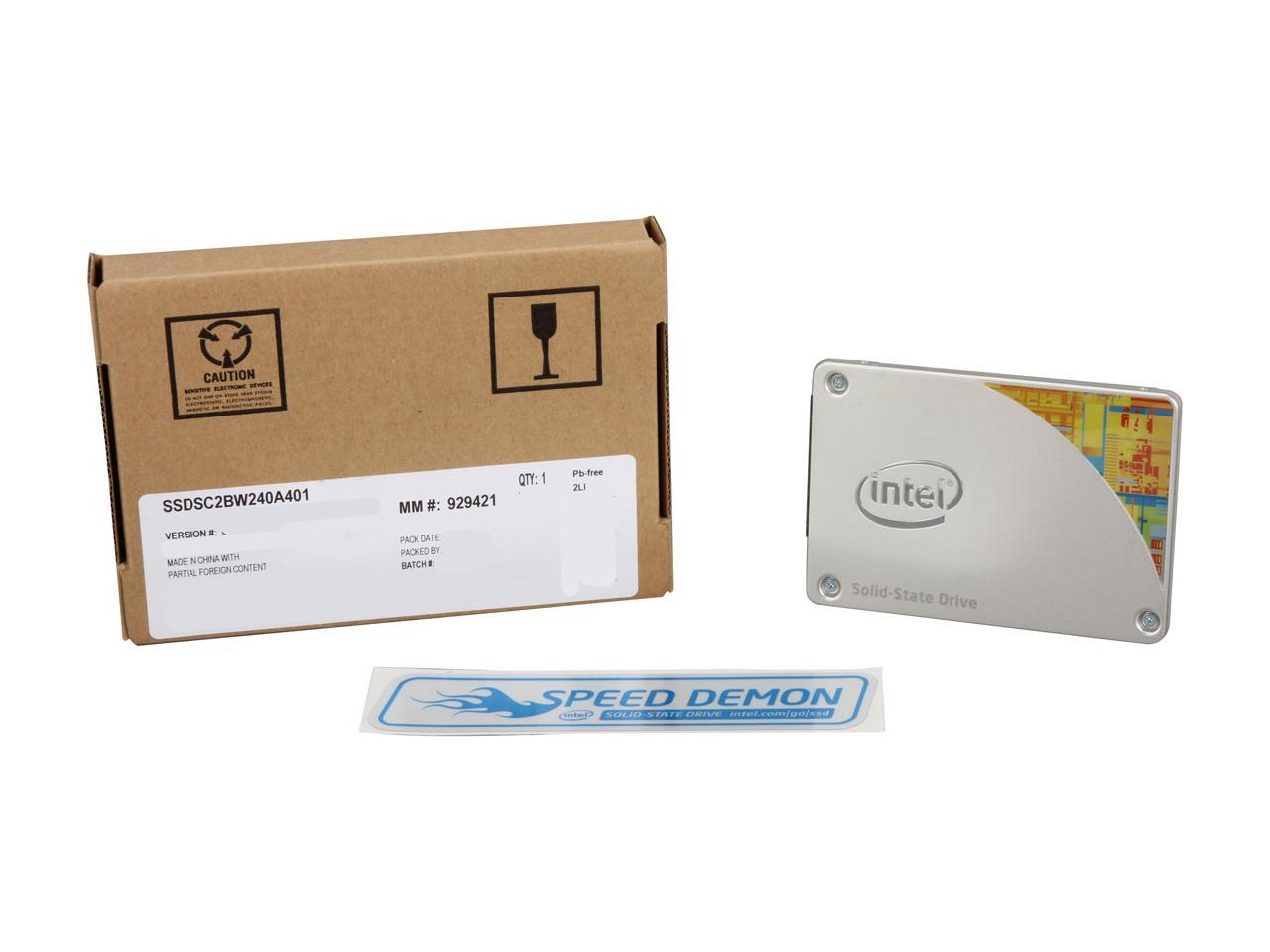 (66) Write a Review
In stock.
Ships from United States.
Most customers receive within 3-7 days.
Specs
Reviews

Learn more about the Intel SSDSC2BW240A401

Pros: The Intel 530 mSATA SSD is a fast drive. We have not had any issues with it as/of yet and are currently using it in a Gigabyte GB-BXPi3-4010 (Projector/PC). I would recommend.

Overall Review: 80GB is a bit small for most applications. We didn't have a need for a large drive so it will work fine for this use.

Cons: OEM box, so no cables, screws, instructions, adapter plate. But you knew that. Couldn't find any online reviews yet, so I bought in the blind and hoped it's as good as the 520 for less $$.

Pros: Easy installation. Makes to load OS (Win 7 home premium) literally less than in 10 seconds! Very stable, no problem what so far. What else? Well - really nice design, even though I don't really care about it ))))

Pros: This hard drive met all of my expectations. Never had a crash because of the hard drive and I am hard on my computer with several power surges and unexpected shutdowns it runs super smooth even still.

Cons: I did have to buy a separate hub for changing up from a normal hdd to a ssd.

Pros: I installed windows 7 x64 originally, but decided to upgrade to Windows 8.1 Pro. 8.1 Pro takes up less space and runs very smooth on my custom PC. This drive is extremely fast for my OS and love it!

Cons: Nothing about the drive, just necessary to get the adapter tray to fit the 3.5 drive slot.

Overall Review: * Double check your motherboard BIOS is the latest. This was a replacement for a failed boot drive on a linux/fedora19 box. The older drive (spinning rust) failed without warning. and the re-install appeared to go well. Once that was done, the disk was not recognized until the ASUS M4N78 Pro (from newegg, where else, a long time ago) was updated to v 1303. Now it's all good. Much faster boot, go figure :-)

Overall Review: A must for gaming. However make sure your system can process the data as fast as it comes in.

2 out of 2 people found this review helpful. Did you?
Anonymous
Ownership: more than 1 year
Verified Owner
Reliable SSD with good speed overall5/10/2017 9:42:36 PM

Pros: 1. Has aged really well after two years. SMART values are all pretty much optimal, passes self tests, and the Intel SSD Toolbox still shows it's expected lifespan at 99%. Of course, it helps that I over-provisioned it by 10 gigs, don't really use disk destroying software such as Windows anymore, and have taken every further step I've found to help ensure drive health. 2. Still has really fast read speeds at 450 MB/s, with 0.16 ms access time. 3. Was quite well priced at $125 back when I bought it.

Cons: 1. Was booting Windows off it for the first six months, and (despite immediately making every recommended setting change for an SSD) the write speeds fell to 250 MB/s. And that was just Windows 7, not 10 (which constantly has to write records of everything you do). They aren't kidding when they say Windows hates your SSD. Fortunately it's only further worn down to 240 MB/s in the year and a half since I switched to Linux. It still writes much faster than any HDD, and it's certainly fast enough for me...just kind of disappointing to see that much of a drop in benchmarks. 2. May be hard to find for a reasonable price now. Currently goes for $180-$220 everywhere I check, which I probably wouldn't have even paid for it two years ago. Certainly wouldn't now.

Overall Review: Went with this because it looked like the best option from the list of known compatible SSDs for my Gigabyte motherboard. Which was important to me, since I'd been burned before when the first SSD I ever bought (Samsung 840 Evo, the most popular SSD at the time) turned out to be incompatible with my previous motherboard (ASUS didn't bother to list compatible drives back then). The moral of the story is check to make sure your SSD is compatible with your motherboard if you can. I'd recommend this SSD if you can find it for a decent price. I certainly don't regret buying it-just wearing it out with a literal malware OS the first half a year.