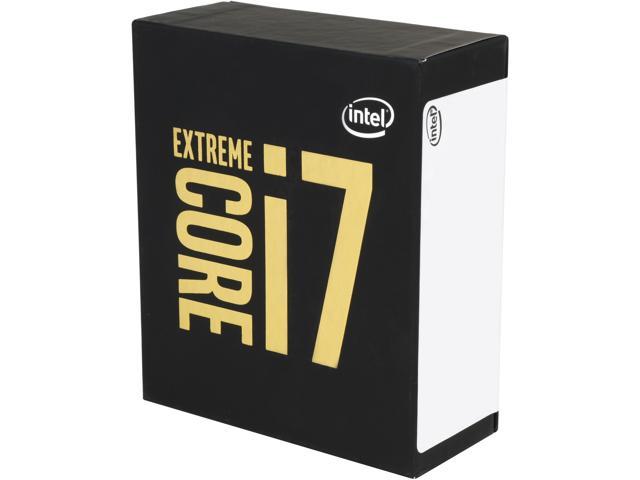 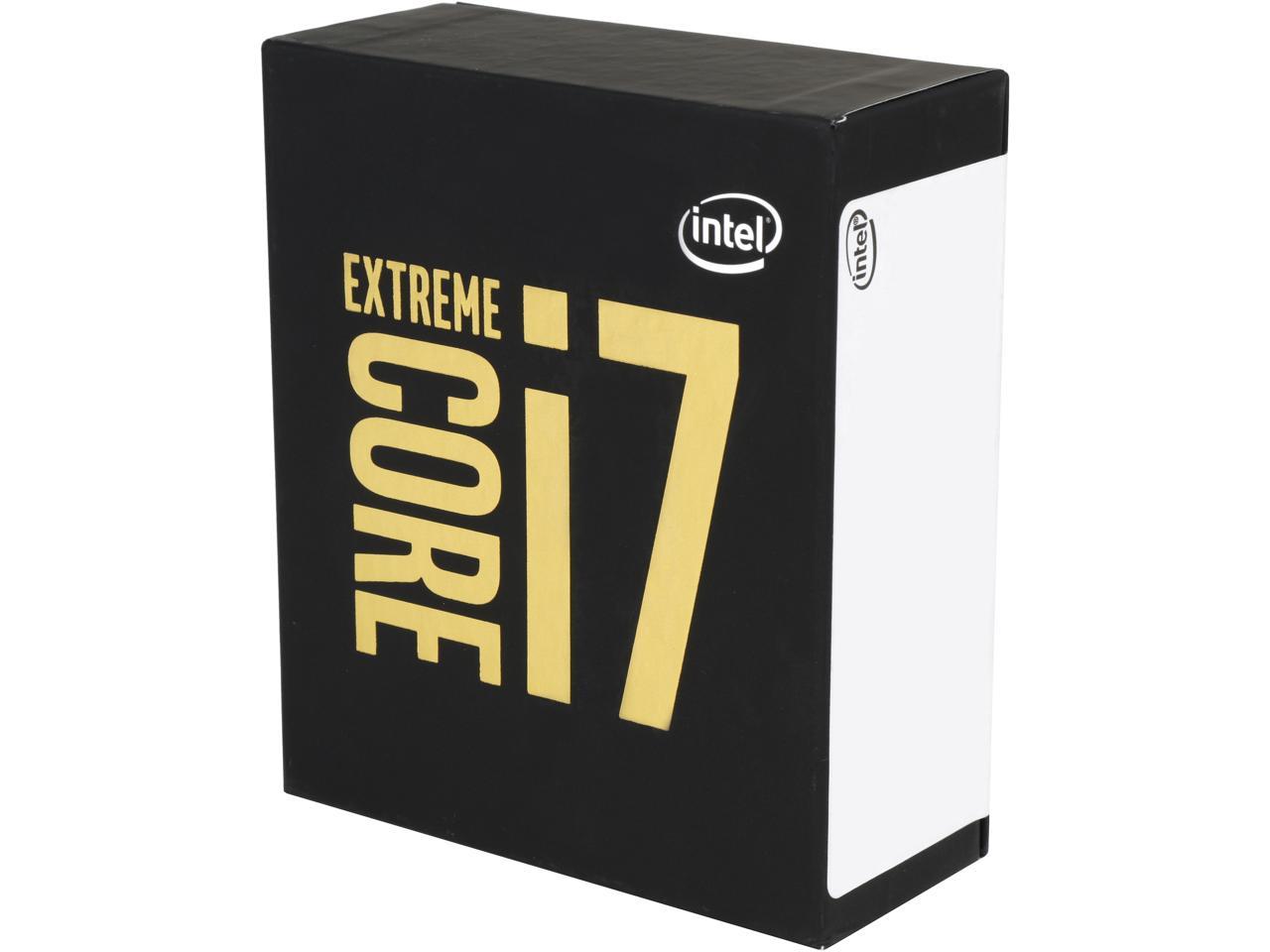 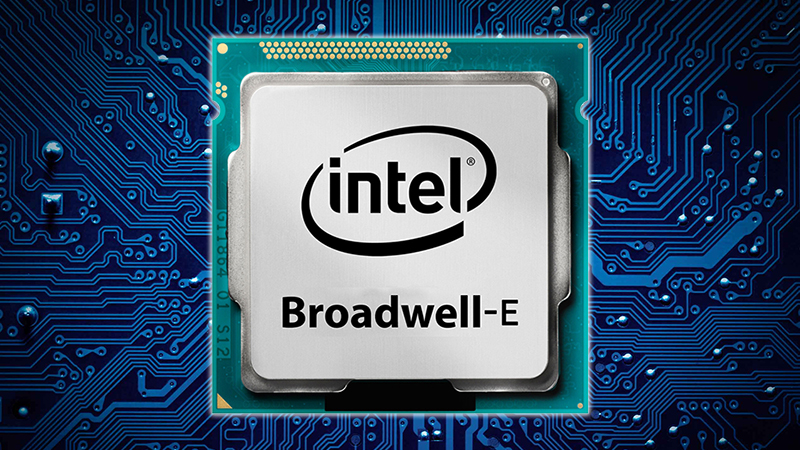 The Intel Core i7 68xx/69xx processor family is aimed at high-end desktop (HEDT) and prosumers. Based on the Broadwell-E micro architecture and manufactured with 14nm technology, the Intel Core i7-6950X features 10 Cores/20 Threads, which delivers unrivalled performance you need for the ultimate gaming, exploring virtual reality, or creating fabulous content. It comes in LGA2011-v3 socket, works with Intel X99 platform and supports quad-channel DDR4 memory and up to 40 PCIe lanes for amazing expandability. The newly introduced Intel Turbo Boost Max Technology 3.0 identifies the best performing core(s) on a processor, and pushes the frequency on those core(s) to a level higher than what can be reached using Intel Turbo Boost technology. Plus, these Broadwell-E processors are fully unlocked for easy overclocking, making it a weapon of choice for enthusiasts to break and set a record. 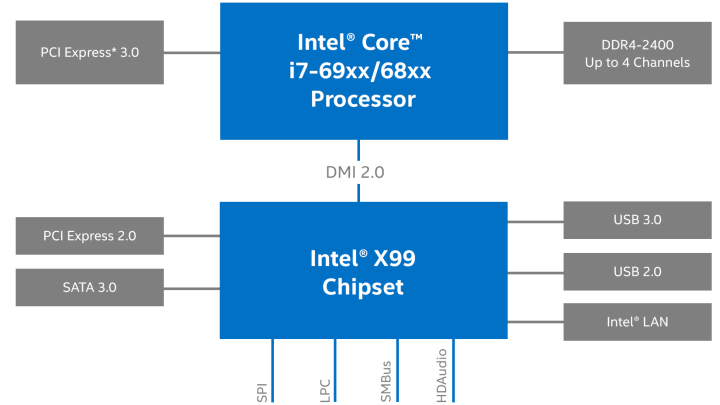 Overall Review: Don't get this for gaming. It's a high end workstation chip. If you have cash to light on fire, go ahead. It works fine for gaming. Just don't whine about the price. A 6700K will do you just fine.

Cons: - Expensive - Performance difference from 5820K is minimal - Not the greatest overclocker

Cons: - not as good of an overclocked as previous generation

Overall Review: At stock i was shocked to see idle temps of 20 and 21c. Using an H105 to cool the chip. Lower nm clearly paying off here. Put a simple 4.1 OC using an asrock x99 WS board and landed at 1.18v stable. Prune 95 small fft gets a few cores as high as 74 but others in the 60s. Solid numbers especially for a workstation build. May try 4.2, may not bother. Passmark performance test scoring just over 19,500 putting this at comparable overall processing of a 12 core $2150 v3 xeon. Find me an application this won't chew up beautifully....

Pros: - My first Intel CPU since the late 90's and honestly I'm amazed! - I use this for gaming and software development. I have on average 4 VM's running, PyCharm / PHP Storm, PgAdmin, Chrome/FF/IE Browser(s), IRC, MP3 Player, Thunderbird, and many other smaller programs running and I've yet to notice any slowness.

Cons: -Price should be close to the 5820k -Overclocking this CPU using normal voltages is impossible (4.5ghz was the max I got it stable at, temps were really high tho)

Overall Review: Overall a really good CPU, REALLY good temps at stock speeds. Definetly worth the extra money over a 6700k and z170 in my opinion. Overclocking this thing was a real hassle......... Max I got it to is 4.5ghz with 1.48v (Note that I'm using a really good water cooling system) Temps were at 82-85c at full load which is too high for me. This amount of voltage for 4.5ghz only is way too much compared to the 5820k @5ghz/1.46v I have on my workstation. If you're looking to overclock please AVOID Broadwell-E. Gaming performance is insane, really good gaming CPU that's for sure. Mostly if you're running a ton of background softwares when gaming. Had a 6700k and decided to keep it for my LAN PC instead because it was struggling a little bit. CPU Usage on my old 6700k when gaming GTA V was around 90% most of the time. With the 6800k it's around 60-65%. Definetly worth the extra money. PC specs : Intel Core i7 6800k 6 Core Broadwell-E @4.4Ghz MSI x99A Gaming Pro Carbon LGA 2011-v3 G.SKILL Ripjaws 4 Series 32GB (8x4GB) 2x EVGA GTX 980 Classified @1603/4506 (Custom Bios) OCZ Trion 150 480GB SSD WD black 1TB EVGA PS 1000w Phanteks Enthoo Luxe 6xThermaltake Riing 12 Series Blue LED BitFenix Recon Fan Controller Gelid Extreme compound (CPU and GPUs) Windows 10 Pro

Pros: I do many different PC tasks from high gaming with my Nvidia 1080, to multi-media production (multi-track audio recording/music production, video editing/rendering with Vegas Pro, video compression with the CPU intensive program Handbreak, ect). I have been using this CPU for about a year now. I purchased it in the summer of 2016. When picking out this CPU, I was moving from the outdated AMD FX 8350, and I got a major boost in performance because of that. I have 32 gigs of ram installed with this CPU and I have it in the a Corsair Graphite 760t case with the Gigabyte GA-X99-Ultra Gaming motherboard. Have not had any issues with this setup. I have been running the Cooler Master Evo 212 aftermarket cooler on it, and when I am using something like Handbrake to render video, the entire processor is used to 100% the entire time it is rendering. I usually render full HD video from a higher end production camera (1920 x 1080 60fps - 50mbps files), so sometimes Handbrake is pushing this cpu to 100% full load for a good hour or two straight. The highest temp I have ever got with this cpu using the Evo 212 cooler with Handbrake pushing for a solid 2 hours was 49c, and that was on a summer day where the ambient room temp was warmer. As of writing this review, I am currently awaiting my Corsair AIO liquid cooler, so my temps will be even lower after I install that, but they are just fine with the Evo cooler on it. But since I may start overclocking and the liquid cooler is going to be needed, I plan on replacing the cooler. So, a solid case with good airflow, an Evo 212 keeps the temp below 50c, which is way below the red flag temp. For gaming, while playing higher end titles like GTA V, I am pushing 60fps at 3440 x 1440 resolution on my ultra wide monitor with a Nvideo GTX 1080 8gig card. Never have any issues while playing any game, so this is a solid chip for gaming as well.

Cons: I guess the price would be a con at the moment? Now that Ryzen is out and has much lower price points. However, I bought this CPU well before Ryzen was released, so I don't consider that a factor.

Overall Review: I would recommend this CPU to anyone who is looking into it, however, with the new core i9 chips and now even Ryzen being out, you may want to look at all other options as well.

Pros: Much faster than my old Sandy Bridge.

Cons: Make sure your motherboard support this CPU out of the box or have an older CPU available to do a required Bios update, otherwise the computer will not pass POST and will not boot.

Overall Review: I have a bad experience with this motherboard GIGABYTE GA-X99P-SLI (rev. 1.0) , So I decided to return the parts including the CPU.