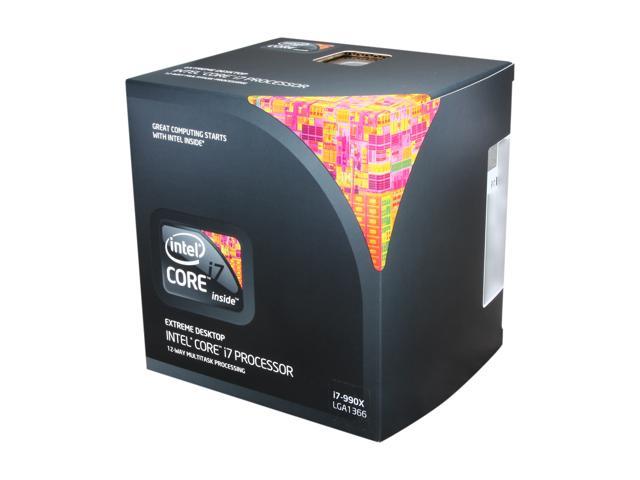 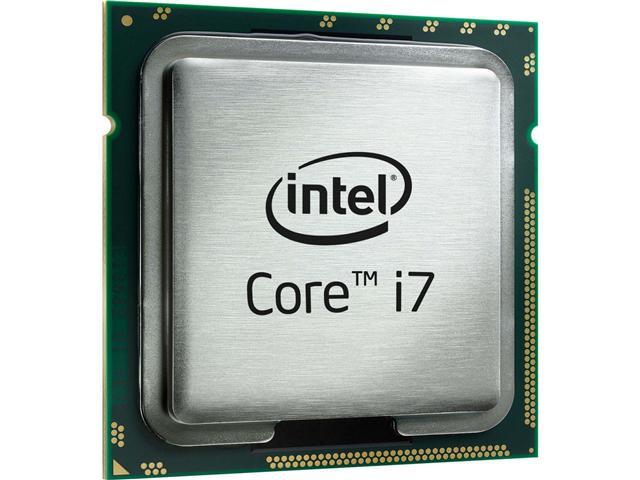 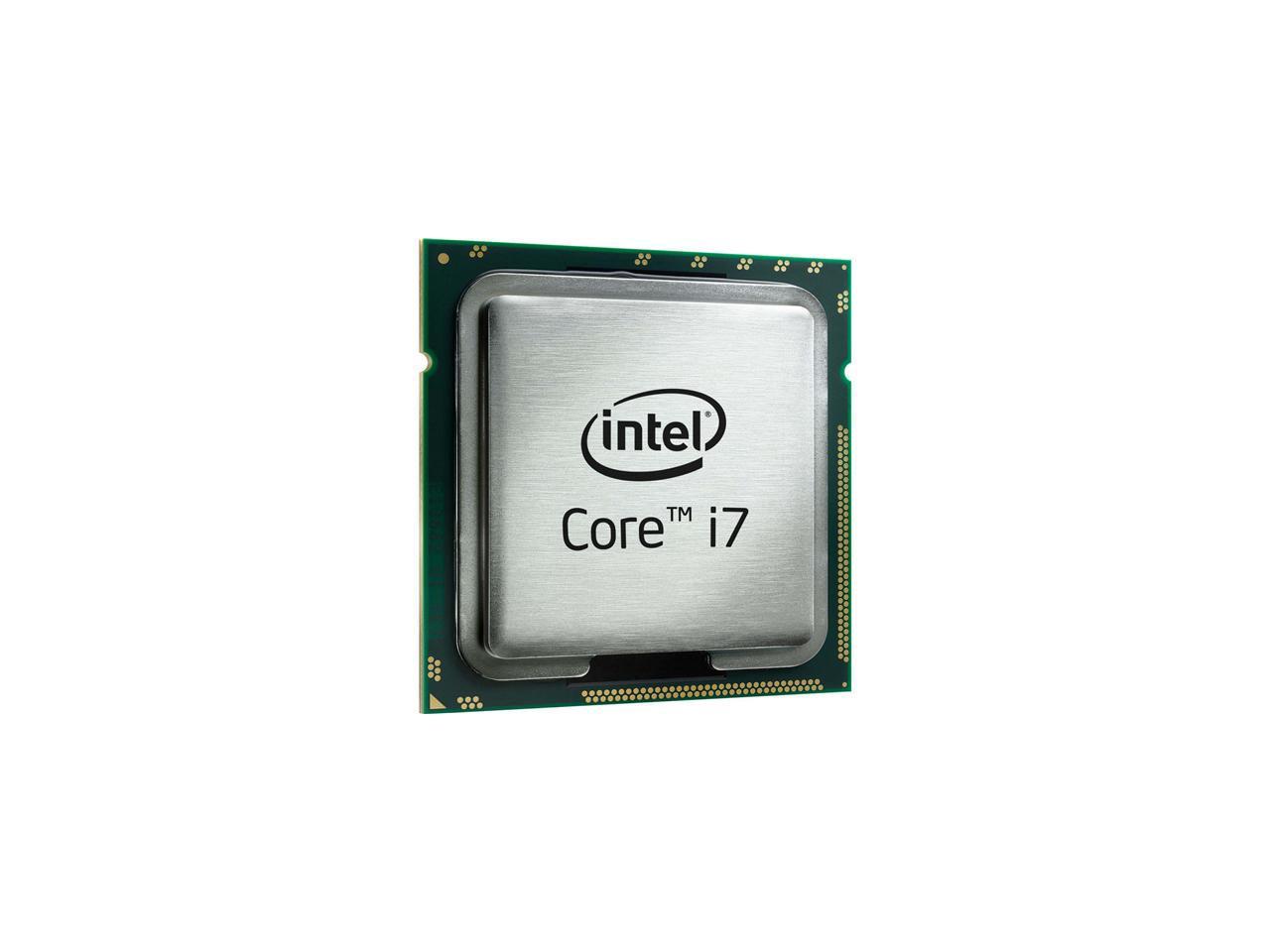 Overall Review: I cried as I hit the "finalize order" button, but soon after installing it (please handle as if you're installing a thousand dollar CPU in your computer... because you are...), I had that "red-headed stepchild who had just been given his first wrist-rocket, along with orders to go have fun and be back by dinnertime" sort of feeling. It is worth the steep price, if you require/demand/are a sucker for high-performance, application-crushing, game-winning, get-the-girl-despite-being-the-biggest-computer-nerd-this-side-of-the-internet POWER. Seriously though, most people could "manage" with any other modern, six-core Intel/AMD-based CPU... but if you want a MONSTER, this is it.

Pros: You can't go wrong with this processor. I almost bought the 980X a few weeks ago but then this one dropped by fifty bucks to the same price so I bought it instead. Mounted to an Asus Rampage III Extreme. Catch me if you can! It comes with a really nice CPU cooler; was surprised at the size and performance of it. I don't think I'll need to buy a third party fan. The CPU came with two little packets of thermal paste, but I used Arctic Silver 5 instead.

Cons: I can't think of any. What's not to love about this beast? The price is probably out of reach for most, but it'll slowly drop over time.

Overall Review: If you're considering this chip and have the means, buy it. You're crazy if you don't.

Pros: Fantastic O.C potential, Kicks tail on everything I throw at it from 3D rendering, to heavy gamming. Currently sitting at 4.7 GhZ pared with Mushkin Black Line 8-8-8-24 Triple chan. Currently keeping cool with H100 close water loop, highest its gotten was 45c. Prime 95 88c. for about 8 hours. Sure its a little dated, but I think i can still woop some tail on most chips today.

Cons: There are no cons at this moment, nor i doubt there will be.

Pros: Bought parts (see system build in Other Thoughts below) over a 2 month period, knowing this new king of the CPU hill was to ship in late Feb. 2011. I hit the buy button after seeing a blurb on En***get that said the part had shown up early on Newegg. I was surprised that the bundled CPU cooler is so nice. I may not get around to moving a Zalman off the i7-950 that this build is replacing ... the Intel cooler is that good. Not only did all 24GB of RAM post on the first boot, the first boot was a touchdown. Life is good. I've never had a bad Intel CPU... about 20 years of building systems.

Cons: With such a nice CPU cooler, and the CPU cartoon book showing application of thermal paste, you'll be surprised to find ... no thermal paste in the kit. I know, I know, Intel doesn't bundle paste with its CPUs. However, a cartoon frame in the manual (?) shows application of paste ... hitting the top of the CPU with a graphic for a projectile strike. So the whole paste thing left me momentarily puzzled until I pulled out my stash of Arctic Silver 5.

Pros: Unbelievable CPU. I previously had a i7 920 @ 2.93 w/12 mgs Corsair Vengeance. Performance is truly shattering. I have especially noticed increases in FPS with BCBF2 and other games that I play. Bottleneck for CPU is gone and my SLI 480's run freely.

Cons: Biggest Con is price. Next having the correct BIOS for chip. Many MB makers will not have the correct BIOS for this chip at this time. Fortunately Gigabyte has excellent BIOS support. They emailed me the F8K BIOS need to run the 990X and the chips runs wonderfully on my GA-58X-UD7 Rev. 1. ...Something to remember before you buy....

Overall Review: None really other than what everyone says: "Lower the price Intel."

Pros: FAST!! Worked right out of the box, I was really surprised by the factory included heatsink and fan on this processor! Intel really came thru on this one. I have been an AMD man for many years and this is only my second Intel build. I was previously running an i7 950 Bloomfield and upgraded my entire system starting with this beast of a proc. The heatsink on this thing is rather LARGE and has a cool blue lit fan and a switch on the heatsink to go from Quiet operation to Performance operation. Did I mention it is FAST!!

Cons: None that I have found so far. If you have a tight case, the heatsink may be a bit large but this was not a problem for me with the Level 10 GT Snow case. (See my review on the case for more info on that) Not really a con but, I wish that Intel would have included a higher quality case badge than just the simple black paper sticker that was included. Something more like the one with the Corsair PSU badge which is an actual metal badge would have been nice for the price of this proc.

Overall Review: I am in no way an "Intel fanboy" as this is only my second Intel proc. This thing paired with the Asus Rampage III Extreme MoBois simply amazing!! overclocking is a breeze and it blows thru eveything that I throw at it on AIR COOLING with the stock heatsink and fan!! My build: Intel Core i7 990x, Asus Rampage III Extreme Mobo, 2x Corsair Vengeance 12 GB (3x4GB) DDR3 1600 (for a total of 24GB), 2x Asus ENGTX580 DCII video cards in SLI, Corsair Pro Series Gold AX1200 PSU, 2x Seagate Barracuda Green 2TB HDD, 2x Carsair Force3 240GB SSD, 2x Lite-ON 12x blu-ray burner, Thermalake level 10 GT Snow Edition case, and 3x Dell Ultrasharp U2711 27" HDMI monitors. Everything was purchased from NewEgg. The system build was one of their package deals. Everything arrived the next day with absolutely no problems whatsoever. THANKS NE!!!

Pros: Well this is apperant to anyone that has one; but if you're one fence about the price. IT IS worth every red cent. Benchmarks bring out that this beats out sandybridge as well as any AMD CPU. 980x;990x; they are the same price whats the question? see other thoughts; BUY IT!! I AM GETTING a THIRD; yes there is that much difference

Cons: As others here have stated "something" is in fact causing a wall if you will when it comes to getting high speed ram to run at spec speeds. like Corsairs D.GT 2000 there are ways to let your RAM run at spec, but I don't know if this is a real con... the XMP sets some parameters that just must be changed then your ram will run at it's rated speed. Considering nothing else is wrong. Be careful with your voltage you do not need to bump it to run at spec

Overall Review: 980x doesn't seem to have the RAM issue in such a broad range. There is something different about the 990x I do not assume to understand the die procedure but there is something different; XMP must be fiddled with in BIOS or instead set your RAM manually. this worked for me. I did however have to go step by step; and I can only speak for ASUS and EVGA boards. vary comfortable 4.5GHz @ 2000MHz 12G Corsair D. GT. IF YOU FILL YOUR DRAM SLOTS TO 24G this just slows it down the memory controller has more to map so more take more

Pros: Top of the line 6 core 32 nm processor, the best of the best. ...for now. Multipliers are unlocked and you are free and clear to run this thing to your heart's content. Excellent processor for advanced video and photo manipulations.

Cons: PRICE; This is not worth the nearly 1000.00 dollar price tag. This product continues to be over priced, even with an unlocked multiplier...it is still not worth it, even for an avid OC'er.

Overall Review: Consider the 970 or the 980 if your looking for 6 cores and save yourself some money. I will not knock an egg off for my own stupidity in purchasing this. If you are not planning on OC'ing this thing, learn from me and consider one of the above processors over this one. SPECS Antec Lanboy air Blue/Black Intel DX58SO2 motherboard Core i7-990X w CORSAIR CWCH80 EVGA GeForce GTX 580 CORSAIR Vengeance 12GB (3x4GB)@1600 OCZ Vertex 2 Pro 160 GB PCIE (Bootable) OCZ Vertex 3 VTX3, 120GB CORSAIR HX Series 1000W PSU Windows 7 Professional 64 bit

12 out of 16 people found this review helpful. Did you?