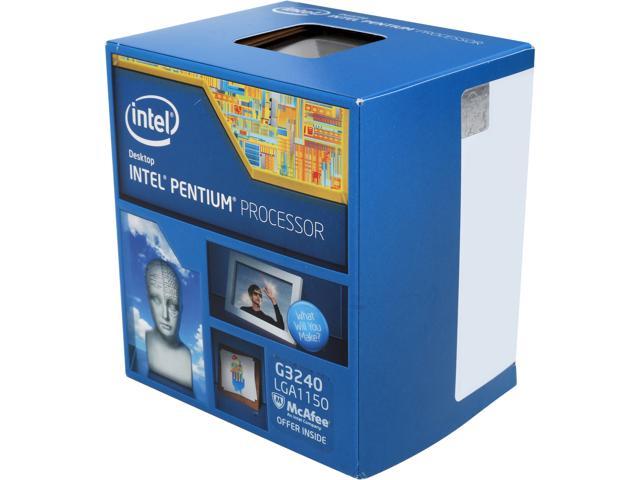 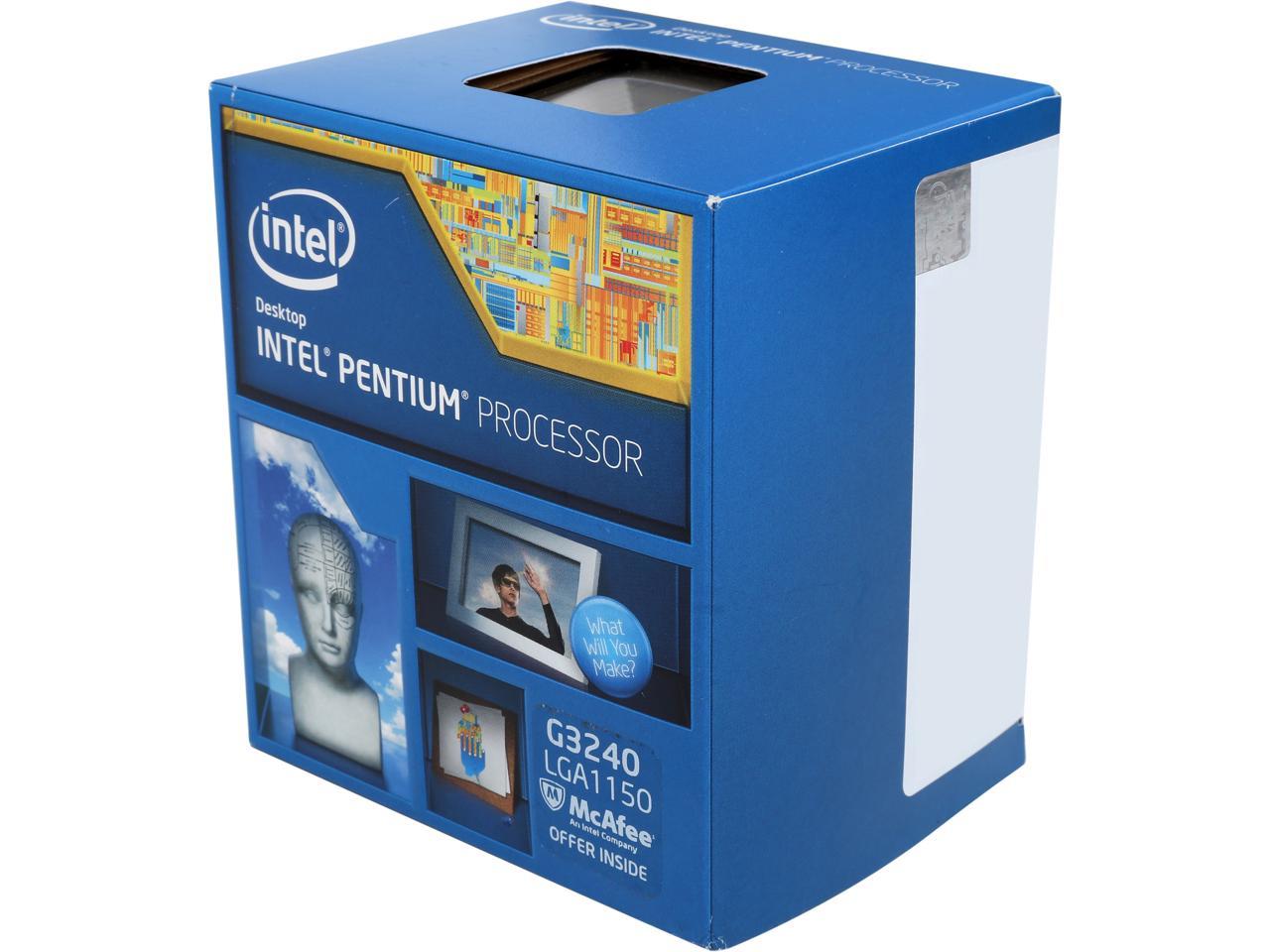 Learn more about the Pentium G3240

Overall Review: Bought this for a basic build for my 7 year old nephew who wants to play Minecraft. The cpu, is cheap, dual core and speedy enough to be paired with 7850 for some 1080p Minecraft and Youtube browsing.

Pros: 1. Runs very cool. Hovers around 38-40C when web browsing, at the desktop, and under light gaming loads, and never goes above 60C during long gaming sessions or editing HD video. I never even hear the CPU fan kick up. 2. Decently powerful. Since I heard that the Pentium series was pretty low-end, I was having doubts. To my surprise, this thing flies. It's a dual-core, so extreme multitasking might slow it down, but even so, it handles games pretty, and loads programs incredibly fast. Office, Sony Vegas, Visual Studio, GMS, all run very fast. For those doubting the Pentium series, I personally think it's an awesome sweet-spot for if you want to do SOME gaming (not super intense stuff) and have a fast system, but don't want to shell out hundreds of bucks for one of Intel's Core series chips. I measured (roughly) how it performs in games, see "Other Thoughts."

Overall Review: Game performance, paired with a Nvidia GT 720 and 8GB DDR3. A pretty entry level system. Skyrim: 25-60fps -1280x720p -No AA, 8x AF -View distance turned up about 80% of the way, except for grass -Full reflections -Medium quality shadows -'Low' Radial Blur -Medium Decal Quantity Framerates drop below 30 (22 at the lowest) when I'm in areas that are loaded with trees and grass, but otherwise it always stays above 30, and shoots up to 60 with indoor areas. Fallout 3: 30-40fps -1600x900 -2x AA, 8x AF -No shadows -Maximum view distance, except for "Items" -Full scene reflections The Sims 4: 40-60fps -1920x1080 -2x AA -All settings on High except for Visual Effects and Lighting -Turn the resolution down to 720p and you can easily max out everything except for Edge Smoothing. Minecraft: 30-60fps. -Max settings, 12 Chunk render distance. -64x texture pack. So, with the specs I mentioned in mind, this is the performance you can expect from this chip coupled with an entry-level graphics card.

Pros: Very good processor, it resembles some of the first I3s that came out. Passmark score is impressive an for an office computer it is so much better than the competition. Thermals as compared to my celeron g530 are also impressive, although the pentium consumes more power it doesn't go over 40 C with the stock cooler in a server room.

Overall Review: If you are having trouble with it is probably because you need to update your bios as this is a Haswell-E processor.

Cons: Doesn't cook my dinner or respond when I call it names.

Overall Review: Bought Processor and stuck it in a cheap motherboard, works like a champ, and gets the job done.

Pros: Quick for a value model dual core! I use it for a media center PC, so it isn't tasked with running video and photo processing or other very CPU intensive programs. It works perfectly fine for high quality HD video (paired with a Geforce GT 730, so I can't comment on the integrated Intel graphics) and even moderate gaming. It runs so cool that the boxed cheapo Intel heatsink can handle it no problem while remaining quiet!

Cons: Not a great processor for very CPU intensive tasks requiring multi-core processing (like video and photo editing, as mentioned earlier). Performance is acceptable, but you may want to consider at least a Core i3 for this kind of work. Also, it only supports up to 1333MHz DDR3, so if faster memory is installed, it will be clocked down (at least with cheaper motherboards).

Overall Review: Better than a Celeron!

Overall Review: For a speedy home/office machine, this is a good choice. Paired with ASUS H81M-K and AData DDR3 1600. No issues with setup or installation, and machine crushes Win7.

Overall Review: Running it in a HTPC with a mushkin enhanced SSD drive. Amazing the speed and quality you get for so cheap!