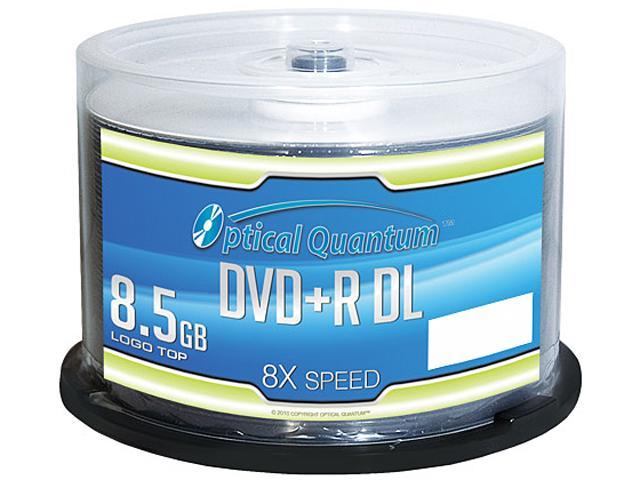 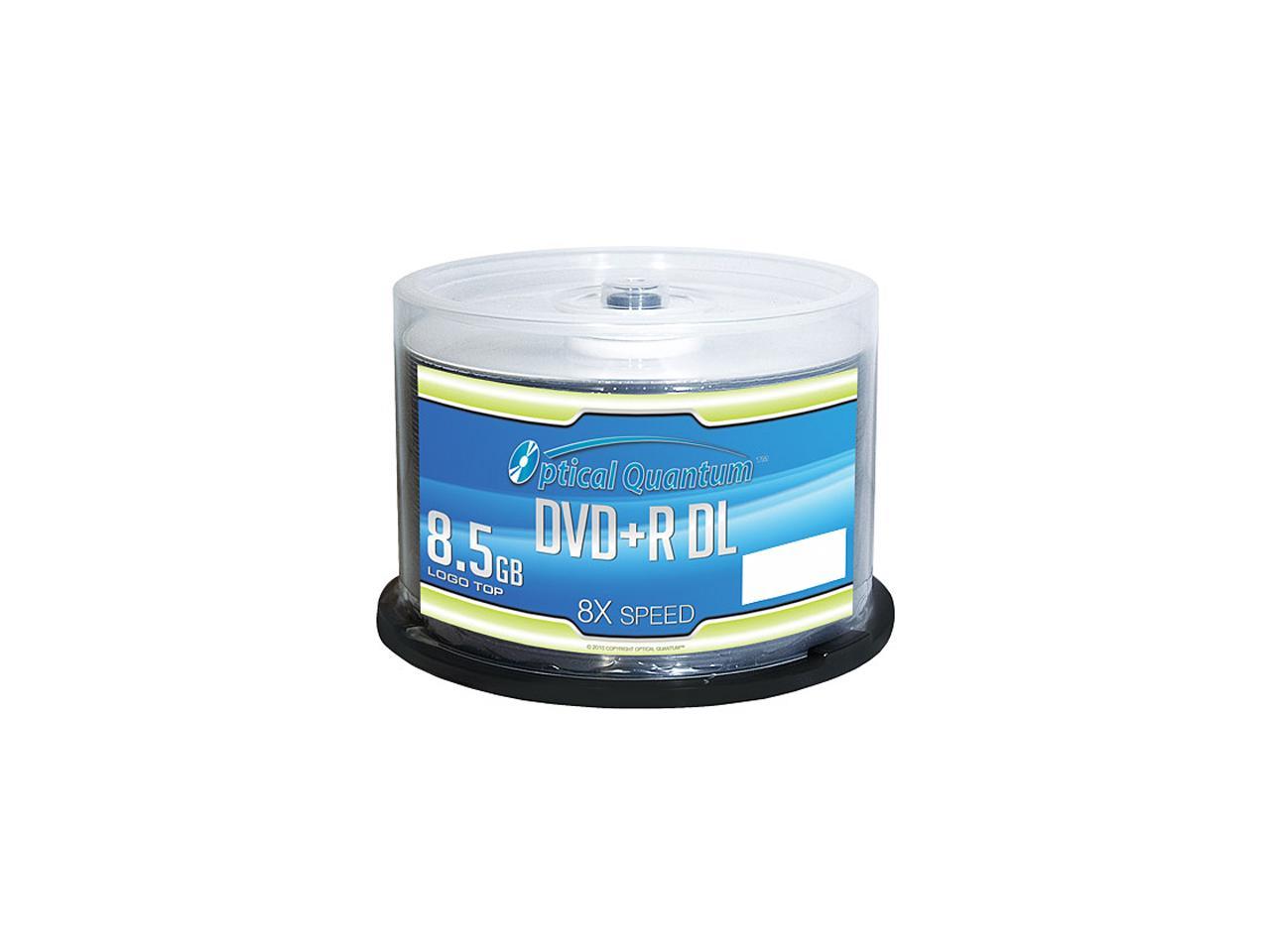 Thanks to the two AZO recording layers on a single-sided disc, the DVD+R Double Layer disc nearly doubles the storage capacity of a standard DVD disc.

Certified and supported by the industries' high speed Double Layer writers, Optical Quantum discs are approved for high speed burning at up to 8X speeds. This means you can record large amounts of data within a short time. In fact, most Hollywood movies and Video Games for consoles like Xbox are developed on 8.5GB Double Layer discs, and the Optical Quantum DVD+R DL discs are often used by professionals in these fields when making copies for internal use.

Learn more about the VinPower OQDPRDL08LT

Pros: Now that I put a new Burner in my tower everything is working as it should no more coasters. To be fair I may not be so sure of the age of my last burner but I don't think it was very old. I just thought to be fair I would wright another review to update.

Cons: Still I would have to say that the disks are a little finicky but if that work in your drive they will be a great deal.

Pros: Awesome price when on sale (got it for 16 bucks). Using an LG Super Multi DVD burner, only had 4 coasters in the entire 50 pack, and this was burning at the maximum 8x speed. That's as good as the high quality Verbatim media (I got 3 coasters out of a 50 pack with that). For something almost a third of the price, this is a good deal!

Cons: At this price, none!

Overall Review: No comment on longevity of the discs. Hopefully the dye used is good quality.

Cons: EVERYTHING!!! These are those discs you will think your burner has taken a dive into the ground. It is NOT your burner OR your burning software... it will be THESE disks.

Overall Review: I use CDBurnerXP (freeweware) and UltraISO with a Sony Optiarc (no promotion for Sony at ALL here) These disks tested at ALL speeds produced 10 good disks out of 50. You think I was P.O.'d??? You bet your sweet burner I was. I wanted to KILL something!!! In MY eye, if a product will stir such strong emotions of hatred such as these disc's did, I think I should be REFUNDED my monies AND offered TWICE the quantity of another brand of my choice. Stick with stuff that works to avoid these pitfalls as I have and go with RiData, Memorex, or TDK. You will NOT regret the money you wasted on these disks. Cost, time, money, shipping... RMA?? are you kidding me??!! You WILL eat these disc's for sure!

Pros: Very inexpensive. 50pk for $30. Wow I was really surprised by these discs. I usually buy the Verbatim or the Sony DL but I figured "what the hell" I mean $30 for 50 DL discs, can't beat that. I was very skeptical thinking well since there so cheap they must be cr%p. I was wrong. I have not had any coasters burning these and I have been burning at 8x and verifying the sectors and everything is perfect. I tried the TDK's 8x DL but had to burn them at 2x and even then I was getting coasters. One very important thing I look for is how the two layers are glued to each other. I have had old Memorex DL's that are about five years old that the layers have separated on me. Nothing is worse than going to watch a movie and seeing that the disc has fallen apart. See the Memorex, TDK and alot of brands just glue the two layers to each other but Verbatim and Sony and these Optical Quantum not just put glue between the layers but also on the sides, and that is important.

Cons: This glue on the side of the discs is extra protection to prevent the layers from separating after time. If you have a Memorex go look at the disc; hold it vertical and look at the thin side you will see where the two layers are as if two discs were slapped together, and in a sense this is what a dual layer is, now go look at one of these discs or a Verbatim and you will notice you can not see the line/break of where the two layers meet that is because there is extra glue on that the put around the whole disc so the edges of the two layers are not exposed. This makes a WORLD of difference in how long the disc will last. You can tell it's glued cause the texture at the edge is rough and bumpy where on a Memorex it's smooth on the edge and you can get your finger nail between the layers. I burn mostly AVC-HD and HD-WMV movies to these discs for playback on my PS3 and Xbox 360 the only real con is their not cheaper or free shipping. How about it NewEgg, free shipping?

Overall Review: So I am almost out of the first 50 I bought and they lasted me about two months and am back here to buy some more. Quality is important since I am putting mainly movies and the occasional game since PC games now take up a DL; and I store them, they go into my movie library. I have movies on DL's that I have burned six years ago, and it sucks to go grab a HD-WMV movie that you have had for six years pop the disc into your Xbox 360 and then it does not play and you hear a weird sound; pull out the disc and see that the layers are separating. Longevity is important and I have a feeling that these discs will have that. We shall see again six years from now. I have wondered what the true life is of a quality dual layer DVD, will I be able 20 years from now go grab a disc that is 20-26 years old and be able to play it? I hope so. Anyways buy these just as good as Verbatim and much much less costly. You're not paying for the name, your paying for the disc.

Cons: i burn discs quite often and very seldom have promblems but out of 20 of these discs so far the results are 13 fails and 7 successes - will never buy them again

Cons: Burns coasters of anything that actually requires the dual layer. As another reviewer pointed out, something goes amiss when the 2nd layer is reached. I recently used iDVD to burn a compilation of home movies to these discs. Imagine how "thrilled" I was to hear from all my family members that "half the disc won't work." .VOB files can't even be transferred back from the discs to the hard drive. Unreadable on standalone DVD player and at least 3 systems. Trash. Steer clear of these and spend a bit more on Verbatims.

Cons: These discs are a waste of money. I attempted to burn them in two different burners, one of the burners brand new, updated with the latest firmware, running ImgBurn at every possible speed and configuration. 50 out of 50 discs failed. That's a 100% failure rate. The breakdown is about a half inch before the disc even reaches the layer break. Optical Quantum essentially stole my money and NewEgg is complicit for selling what they know to be fraudulent. These are not DVD+R DL discs, they are plastic coasters painted with the label Optical Quantum on one side.

Pros: Cheap in price for a decent quantity.

Overall Review: If it were me again I would go with Memorex, as of this post they are only 5 dollars in difference and I have never had troubles out of them.