Feel 100% satisfied with your purchase -- with no restocking fees & no return shipping costs* within 30 days of delivery. Learn More
Price Alert
Add To ListFound on 37 wish lists 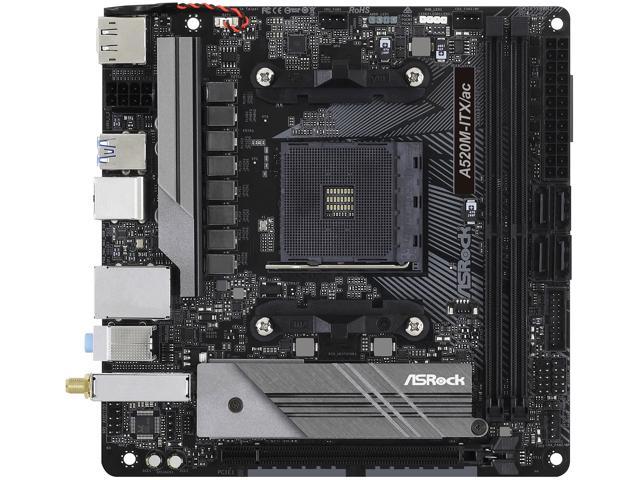 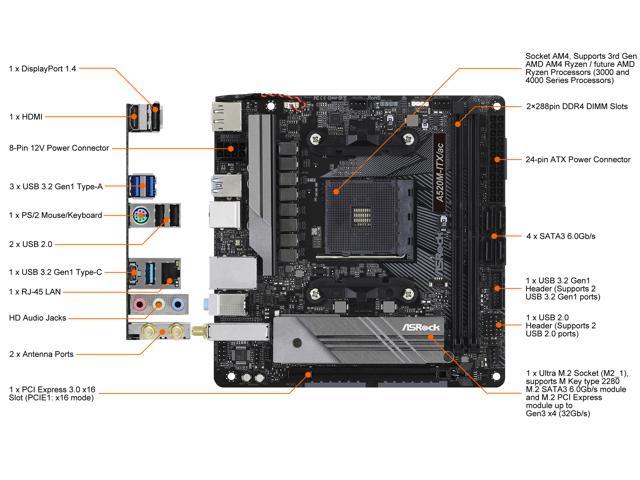 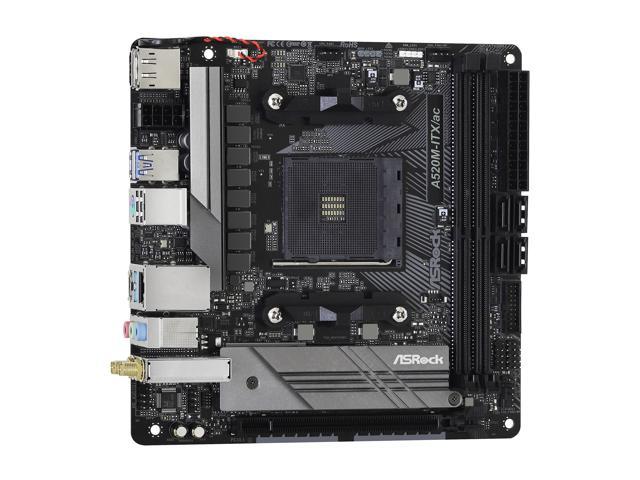 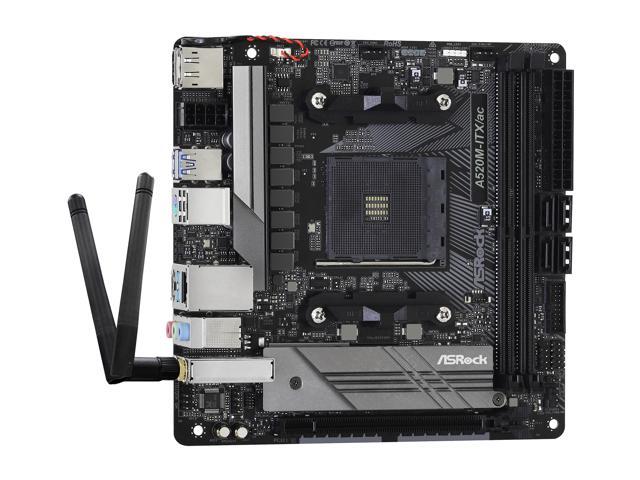 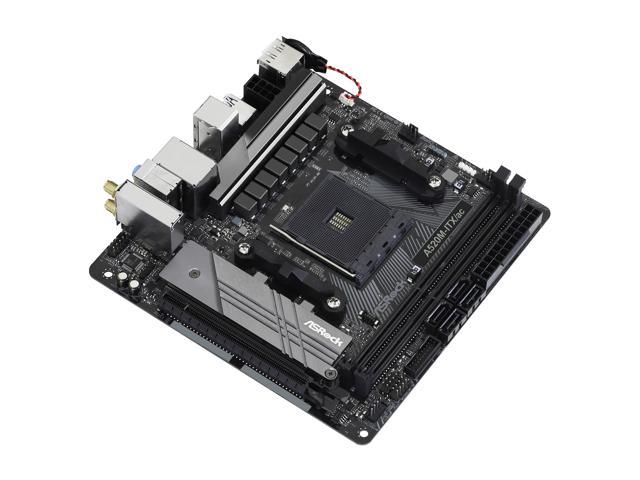 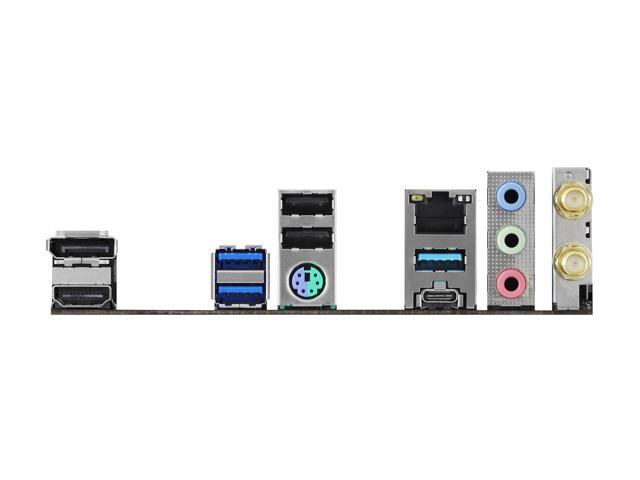 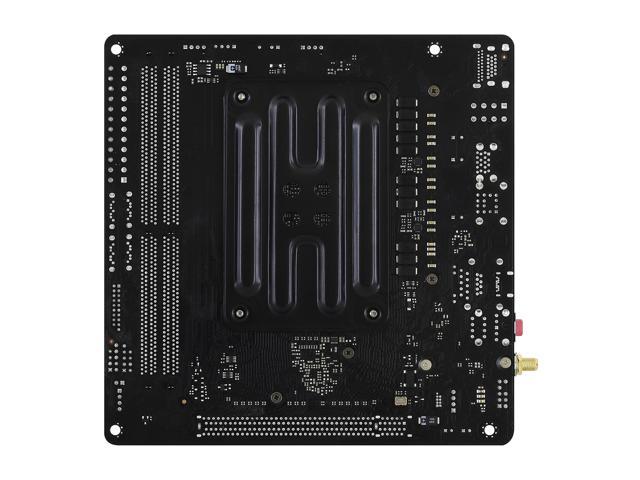 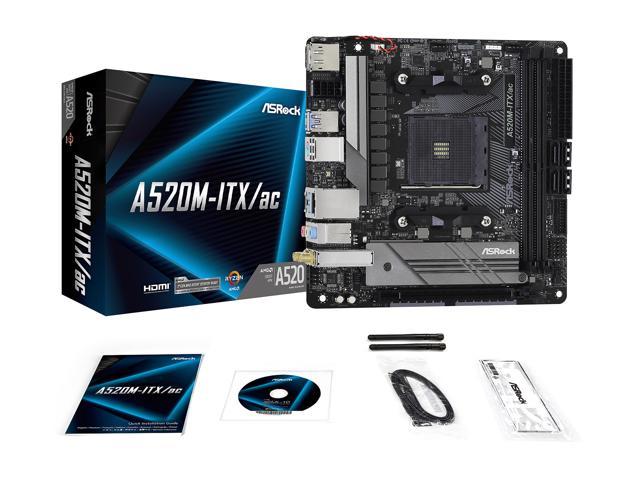 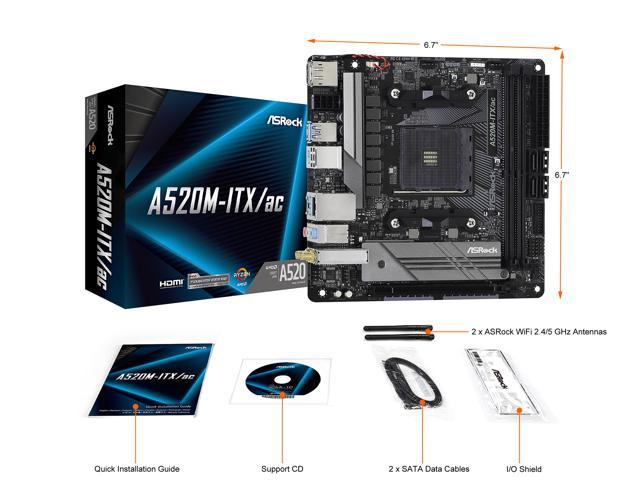 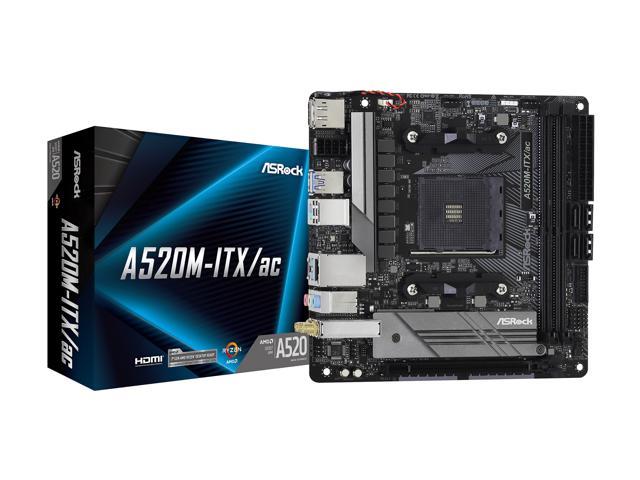 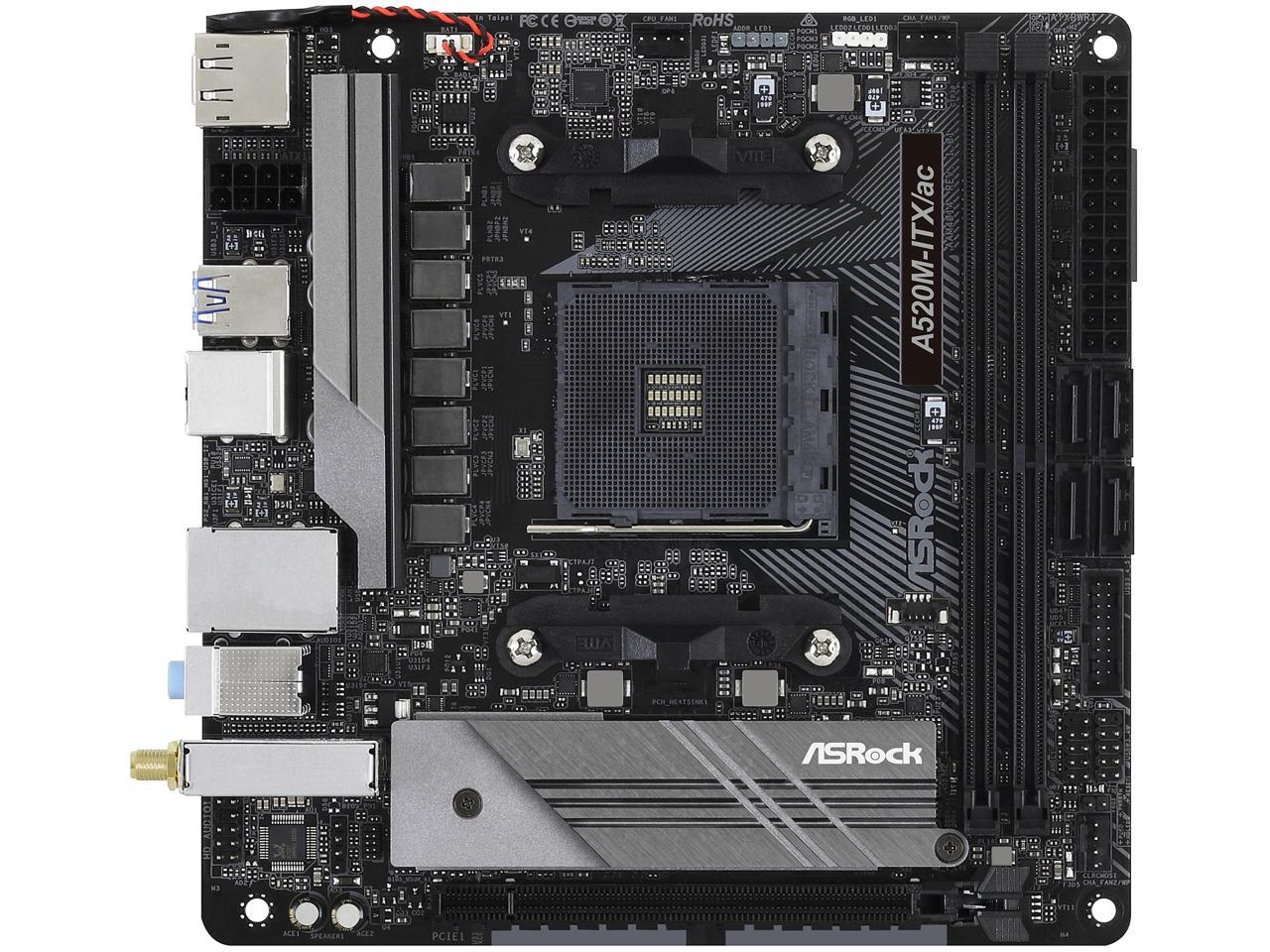 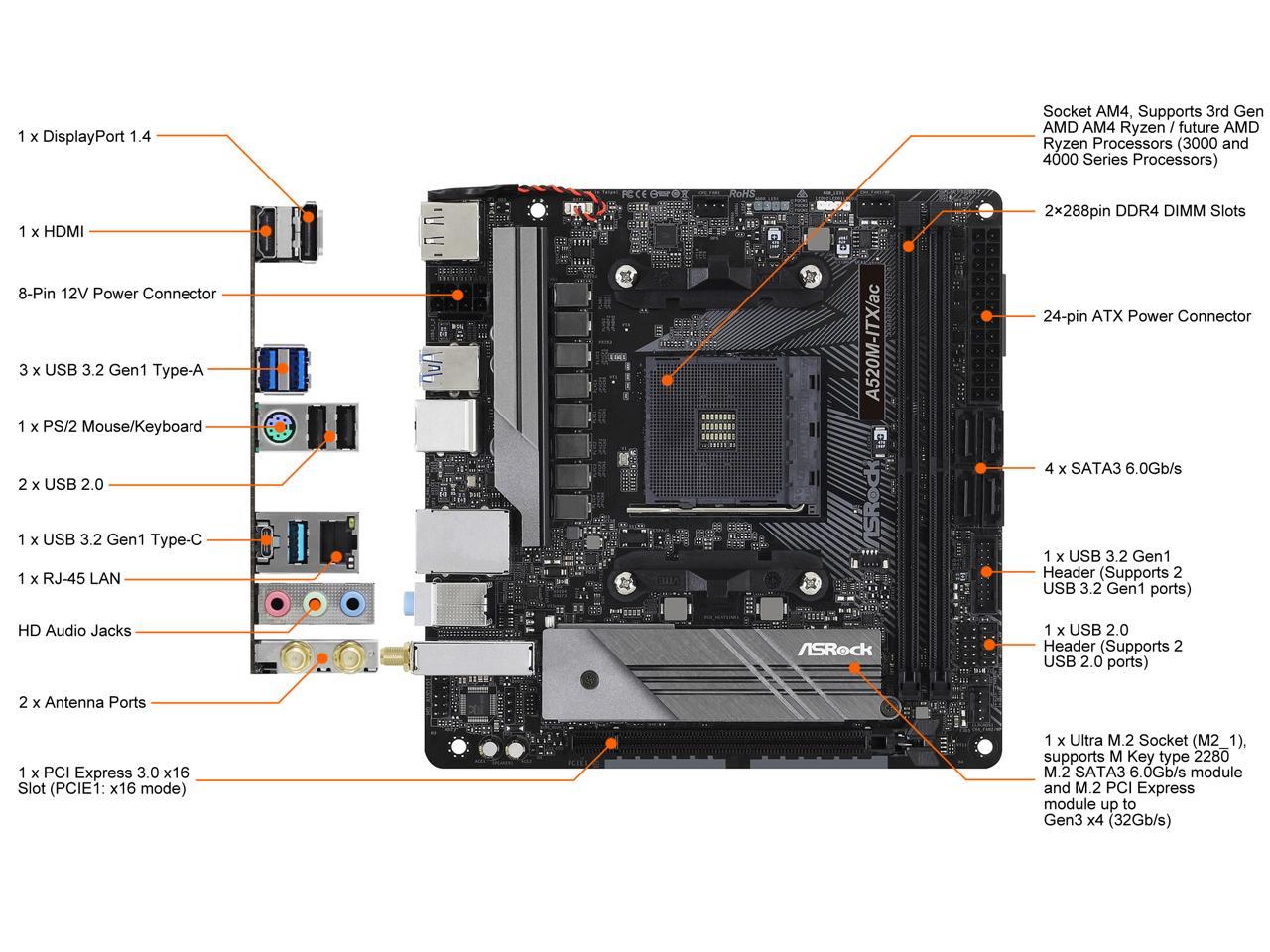 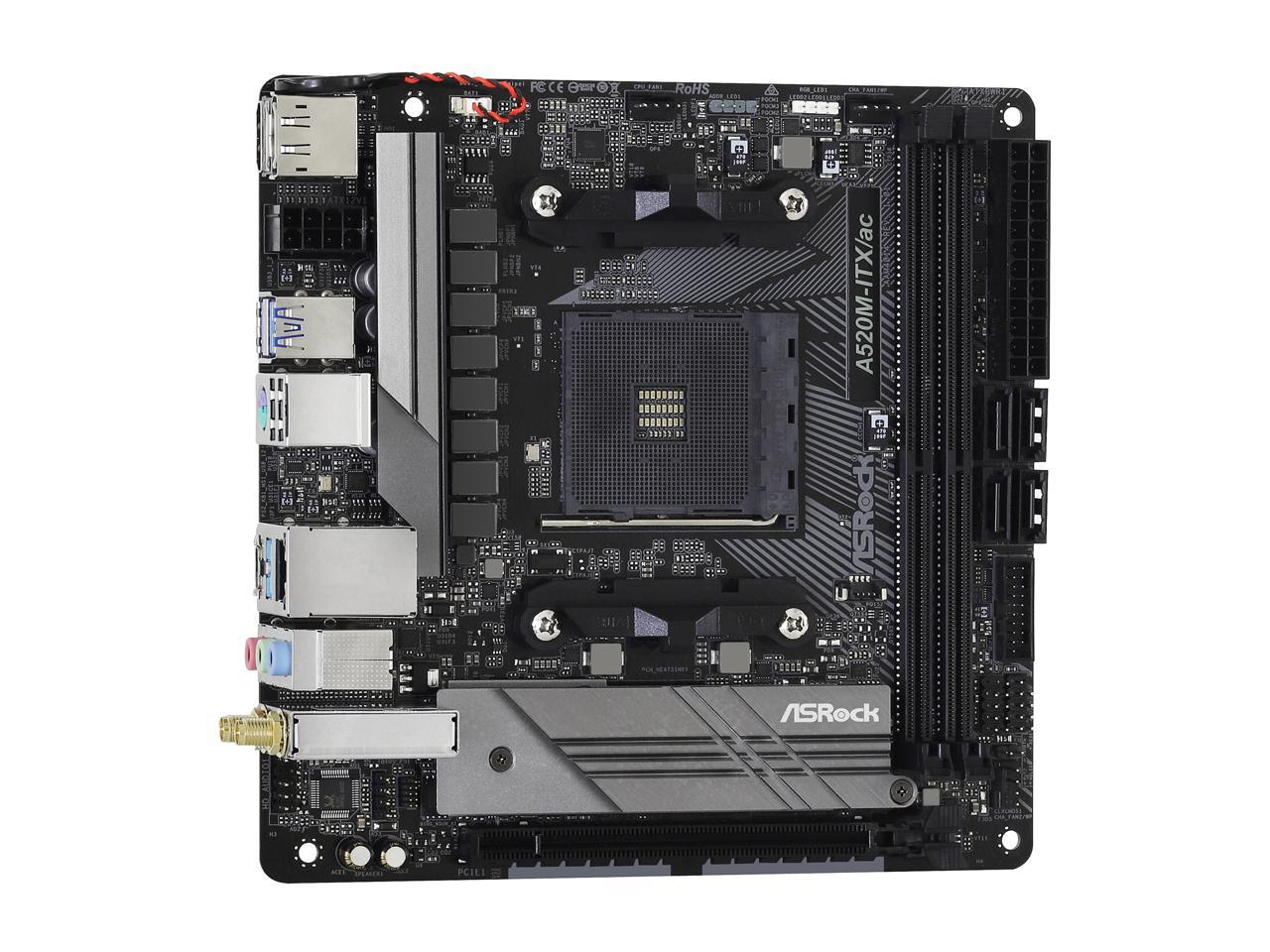 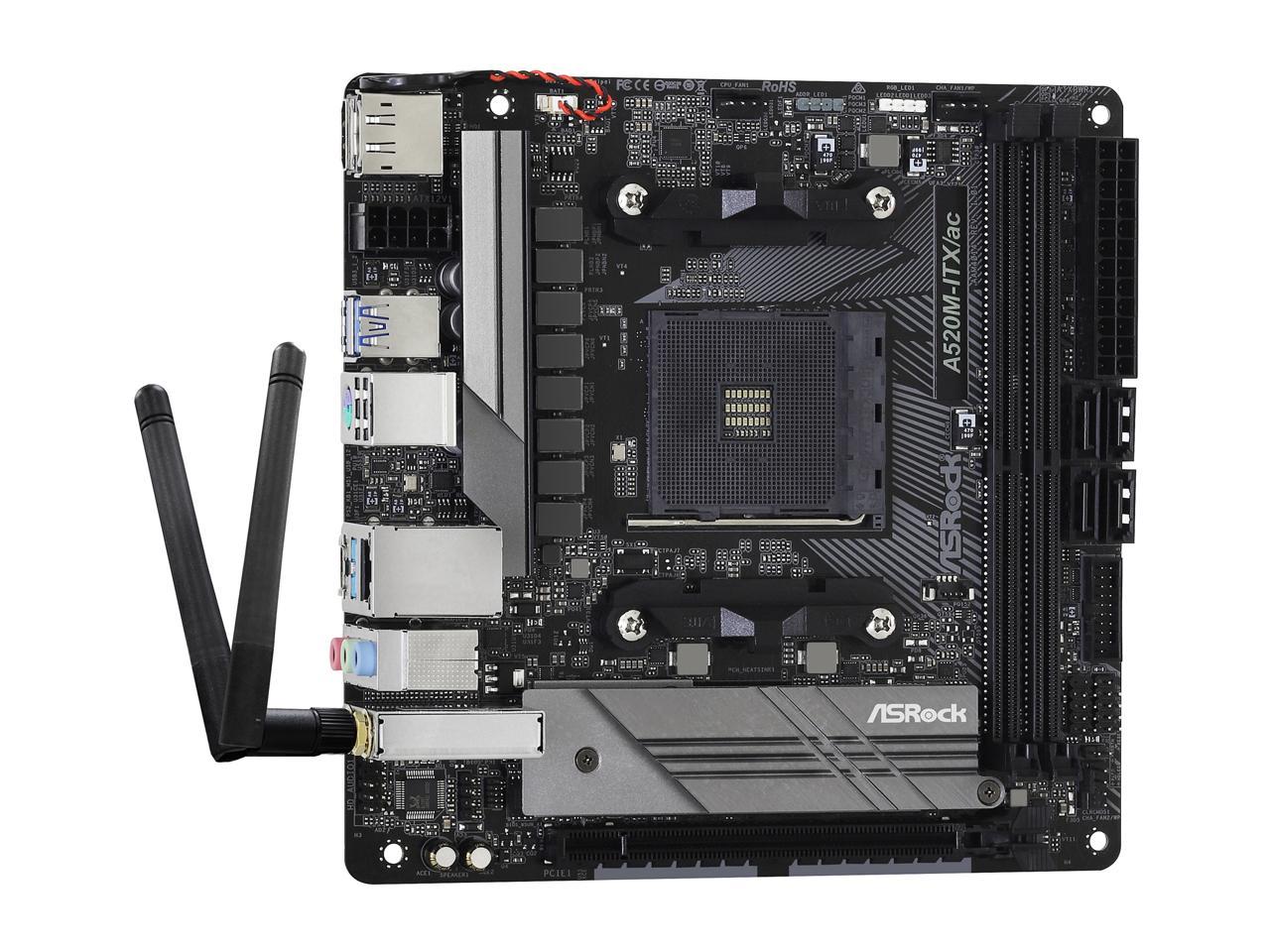 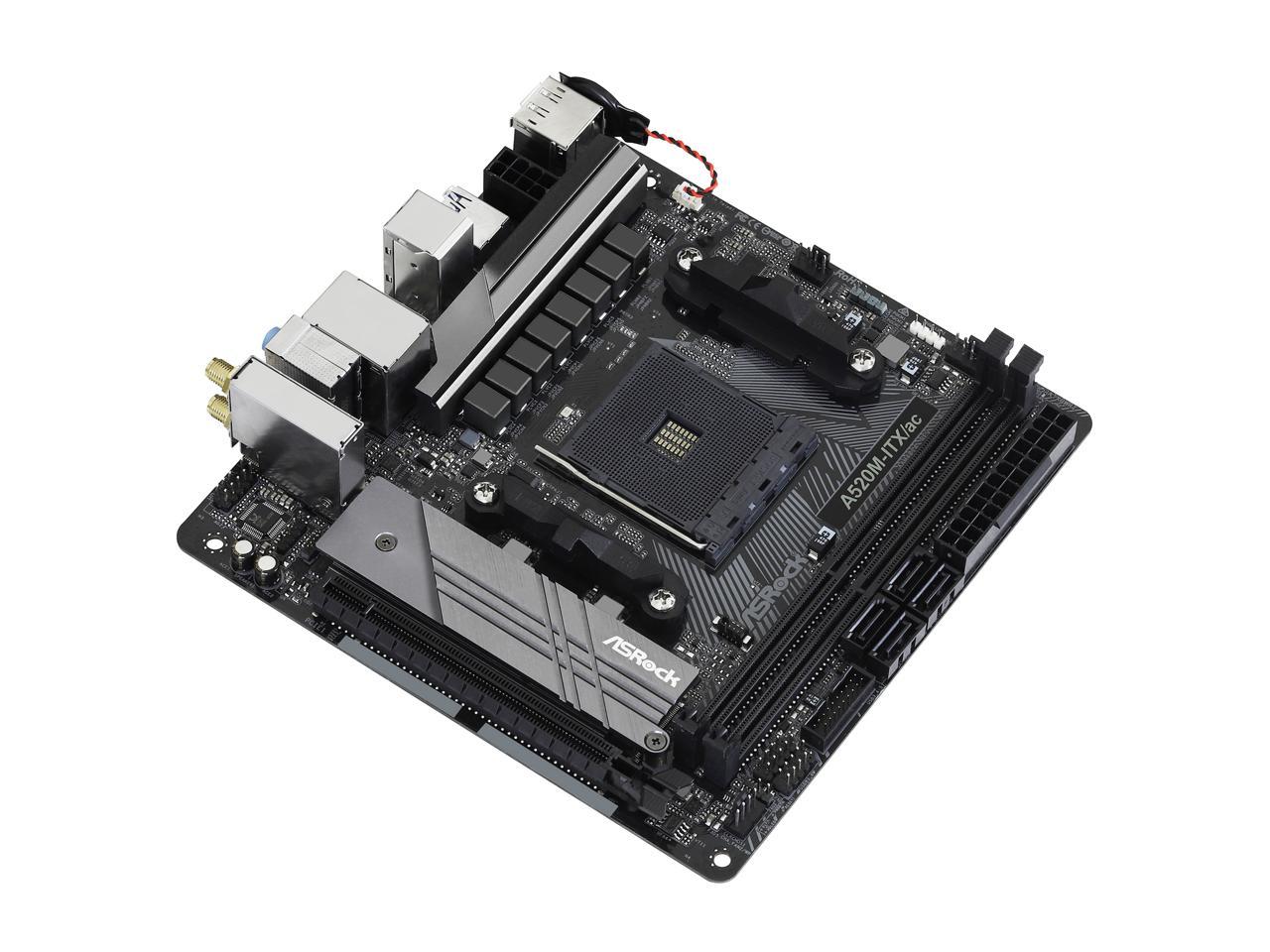 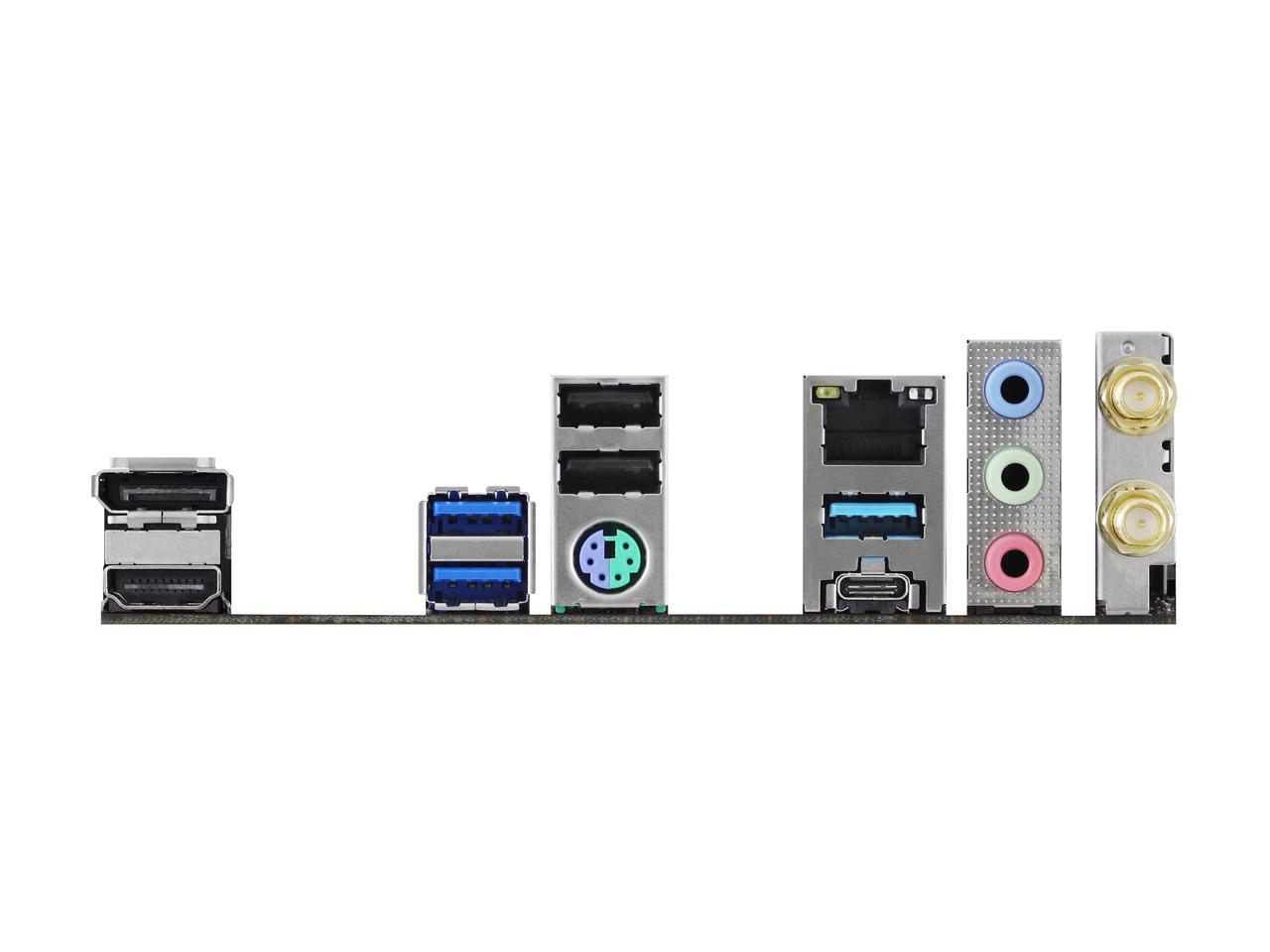 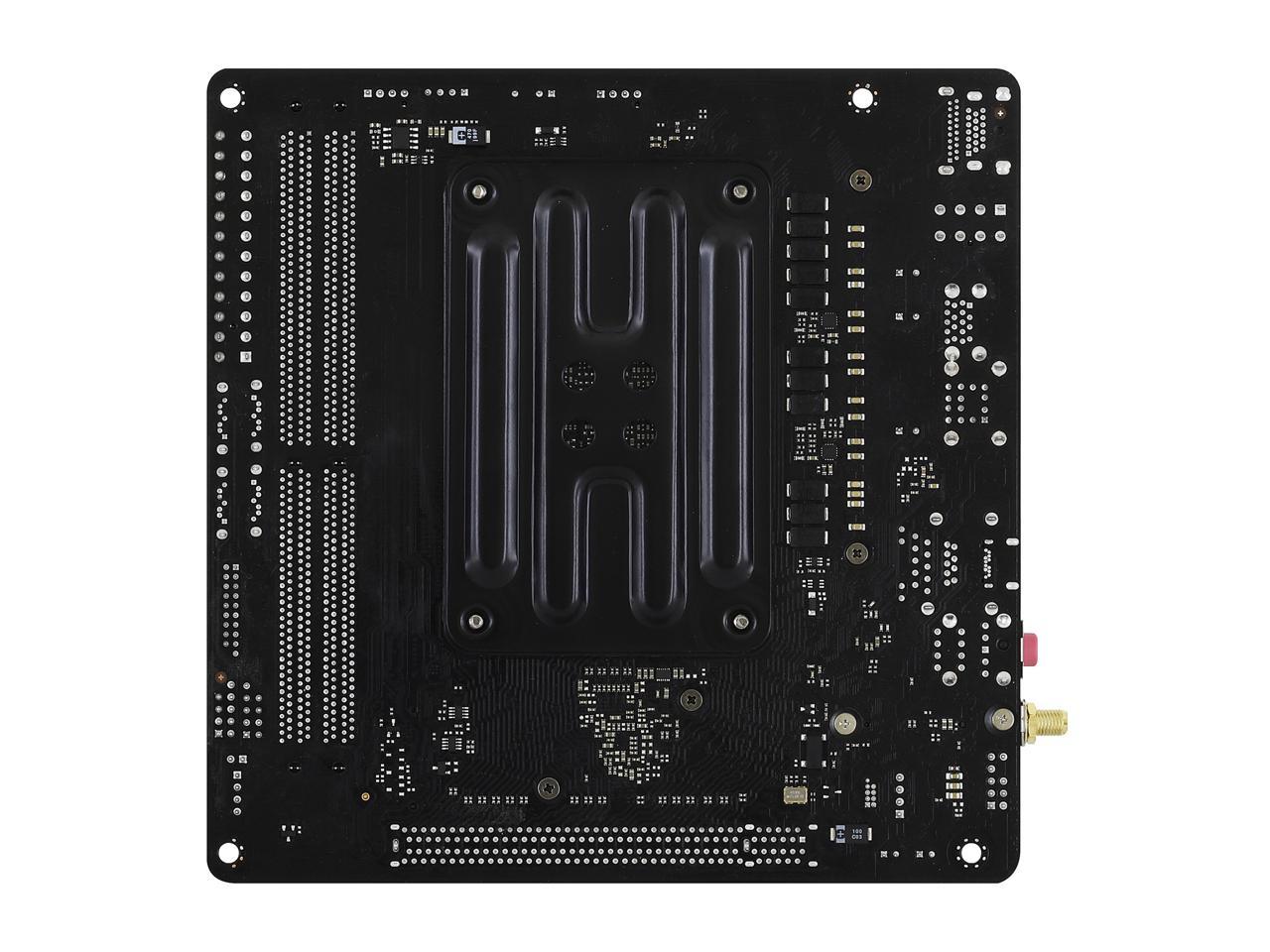 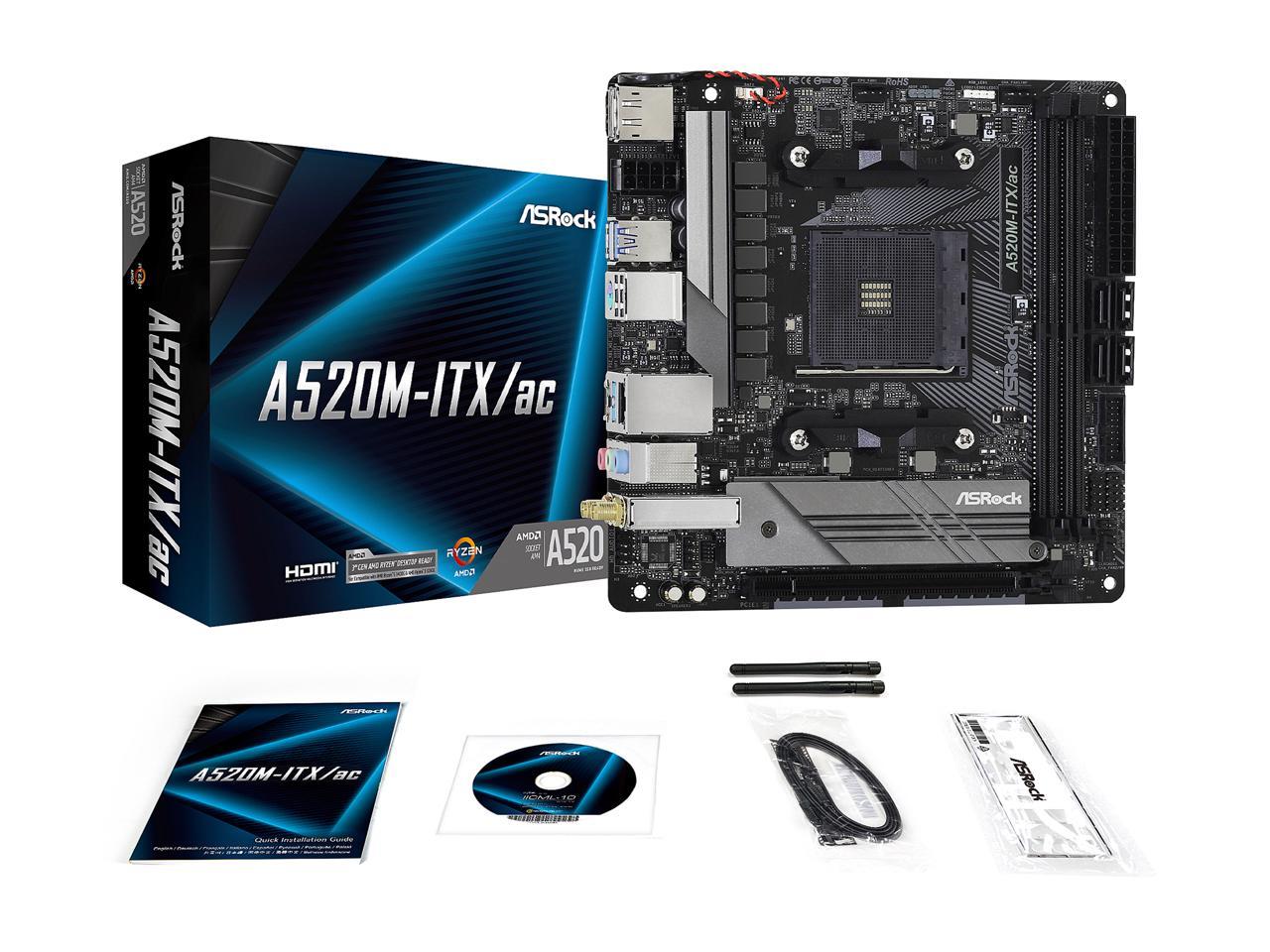 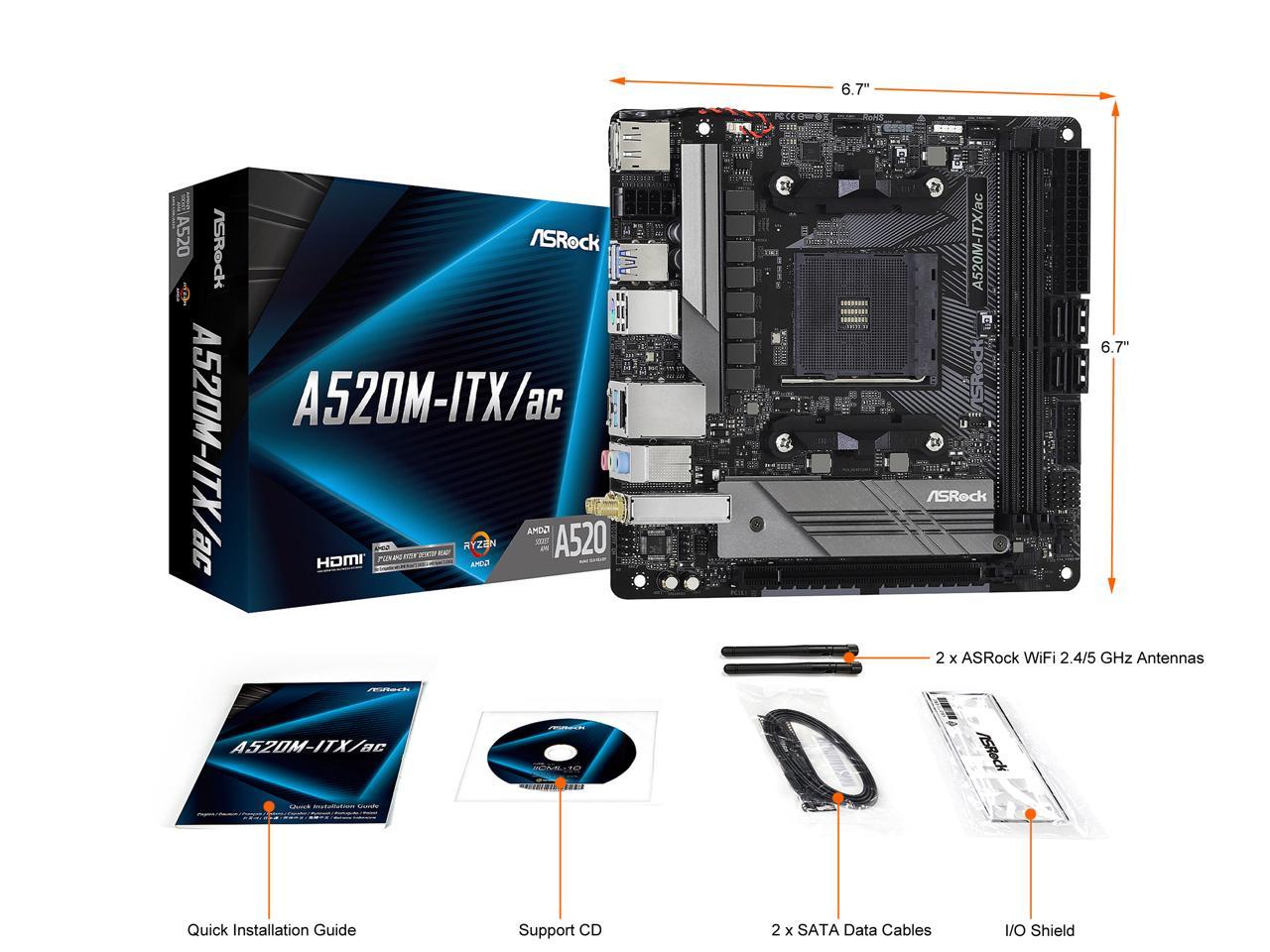 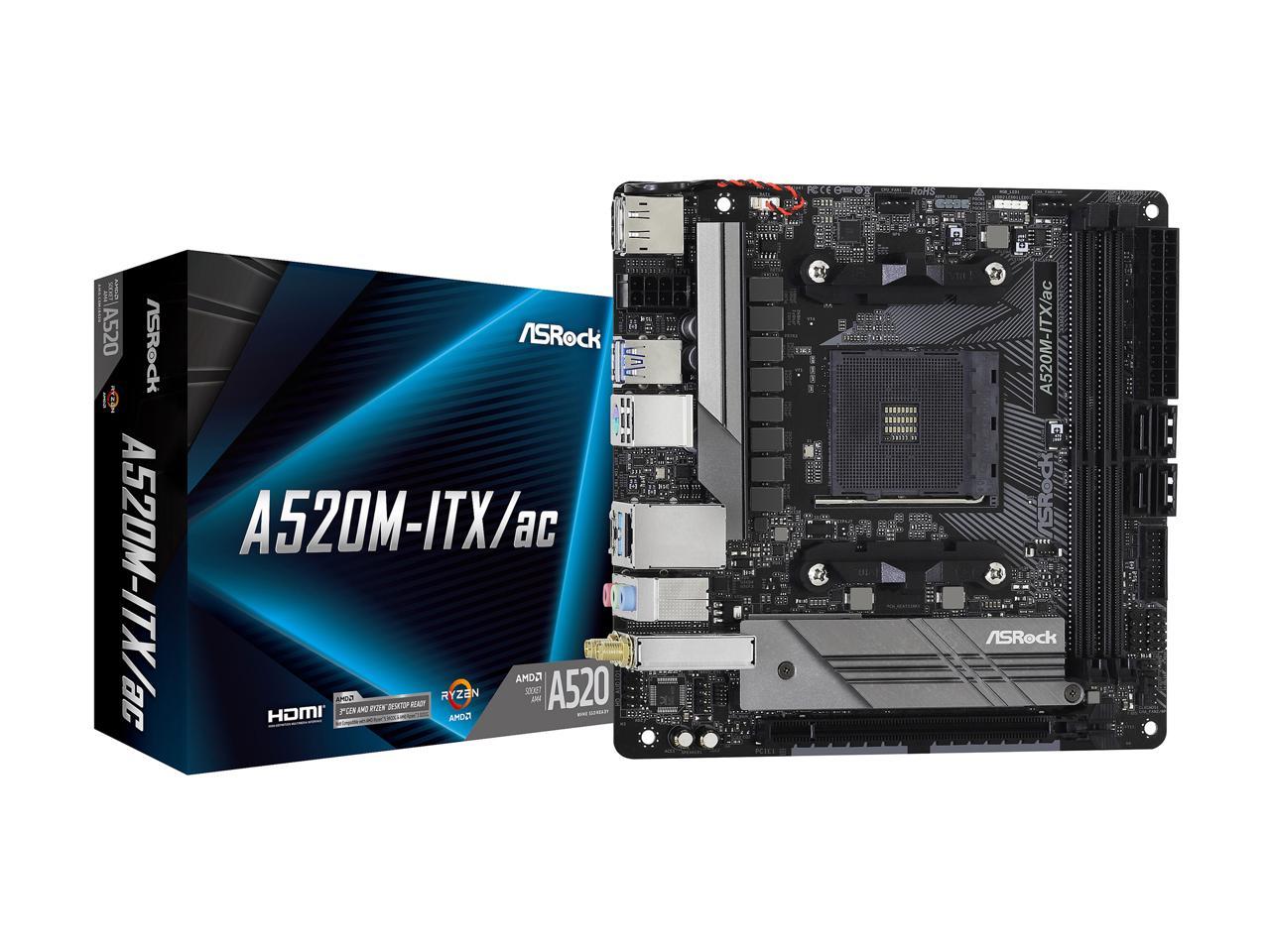 Featuring sturdy components and completely smooth power delivery to the CPU. Plus, it enhanced performance with the lowest temperature for advanced gamers.

This motherboard features onboard RGB headers and an addressable RGB header that allow motherboard to be connected to compatible LED devices such as strip, CPU fans, coolers, chassis and so on. Users may also synchronize RGB LED devices across the Polychrome RGB Sync-certified accessories to create their own unique lighting effects.

This motherboard has a pair of onboard Type-A and Type-C USB 3.2 Gen1 ports built on the rear i/o for supporting next generation USB 3.2 Gen1 devices and to deliver up to 5 Gbps data transfer rates.

Pros: Nice mini itx board with decent amount of USB ports and fast wireless. Overall a good board for sfx builds.

Cons: Says its compatible with new 5000 series Amd APUs which it is after bios upgrade. But be sure to have a 3rd gen amd chip with graphics or a graphics card to just update bios. Board came with bios version 1.0 and you need 1.8. So be aware if your looking to use the new 5000 series.

Overall Review: Overall other then the bios screw up, board works good the 520 chipset is adequate for small form factor builds if you dont need a ton of usb hubs or if you need the 3.2 hubs then steer away.

Pros: clean and simple gunmetal grey mobo budget but you still get a usb 3.0 c 3-pin drgb header is a plus

Overall Review: Had it for a month now with no issues. Made a budget ITX build so every dollar counted. Advantage over the gigabyte one is it has usb-c port (although not full speed). Could not get 3600 memory to overclovk though (only got 3200mhz working).

Matt L.
Ownership: 1 month to 1 year
Verified Owner
Board would not function properly. Initially posted and then would give garbled screen.10/28/2020 10:38:30 PM

Overall Review: Contacted AsRock and quick response with suggestions and then I responded with all the troubleshooting I had done and they ignored my next two emails. Weeks later, I have a board that does not function and no resolution. Do not recommend this board. I wish I would have headed the other poor reviews, as I have never had a problems before. I meant to mark 1 Egg, but once I marked the Eggs, it locked me in. I have never had a problem with an AsRock board prior. This is a flaw with NewEggs ratings. Please address NewEgg, as this is a one Egg board.

Pros: Simple, effortless install. Worked right out of the box for HTPC.

Cons: I bought to use with an older AMD processor. Luckily I had a 3600x laying around cause it didn't boot with my old 1300

Pros: - "Cheap", at least one of the cheapest there is for Ryzen with support for 64 GB - Mostly works, except for wifi which is crucial

Cons: - The internet will randomly stop working despite being connected to the wifi. No other device on the same network suffers from this problem. I've tried many solutions to no avail - The wifi card itself is pretty bad, it's an Intel AC3168, though it does come with most of other MITX motherboards in this price range. It is also not listed in the product description unlike others - Can't return through the return menu despite it being covered under the 30 day international return policy

Overall Review: - Spend a bit more for a motherboard with a better wifi card for peace of mind

Overall Review: Amd dropped cpu support. Complete failure. What's the point of sticking with a socket if you're still going to drop support with budget chipsets. Needs a better warning because this should not be acceptable. Video connectors don't even work with any currently released CPUs. (3200g/3400g is no go despite being 3rd gen). What a joke.

Manufacturer Response:
Dear Joshua, Thank you for purchase and review. Unfortunately, the 3200G/3400G CPUs are not supported. Please visit link below for supported CPU list. Link: https://www.asrock.com/mb/AMD/A520M-ITXac/index.us.asp#CPU If you have any technical or warranty inquiry in the future, please contact us at https://event.asrock.com/tsd.asp We will assist you shortly. Thank you ASRock Support Tech Support Email: https://event.asrock.com/tsd.asp
Anonymous
Ownership: 1 week to 1 month
Verified Owner
Works as advertised9/1/2020 11:23:19 AM