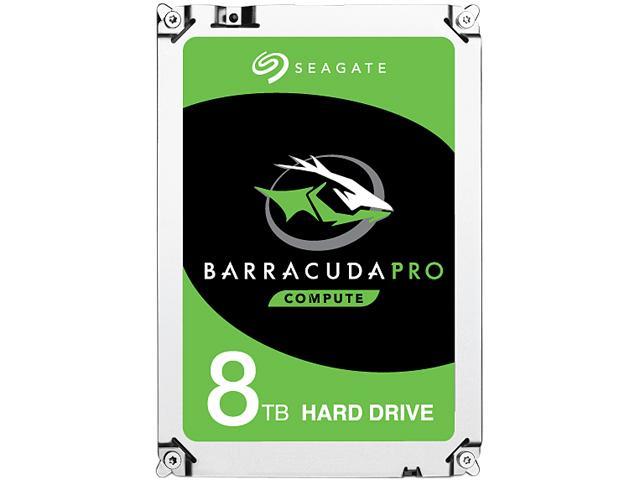 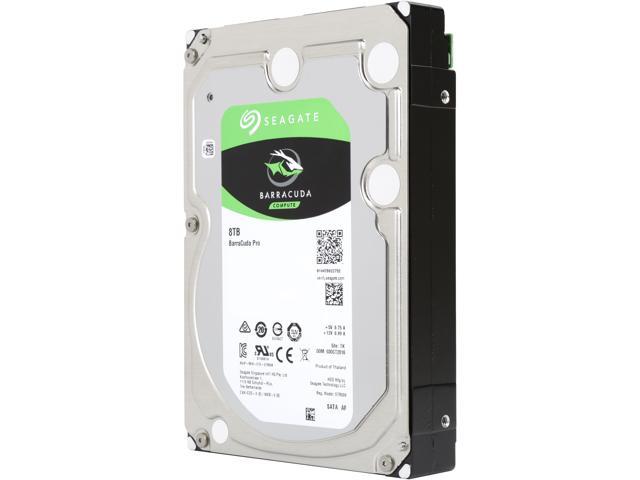 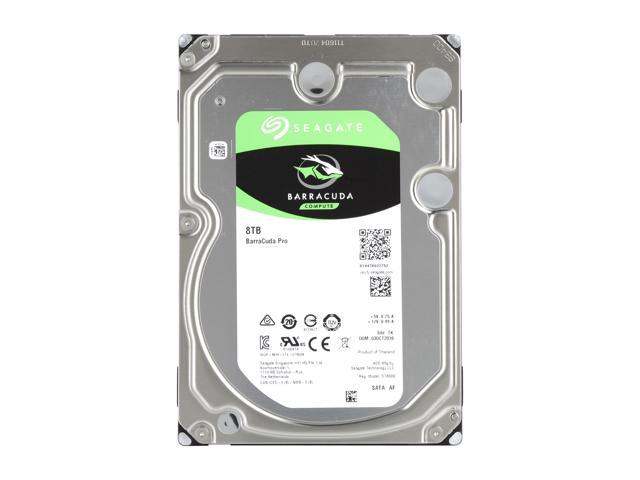 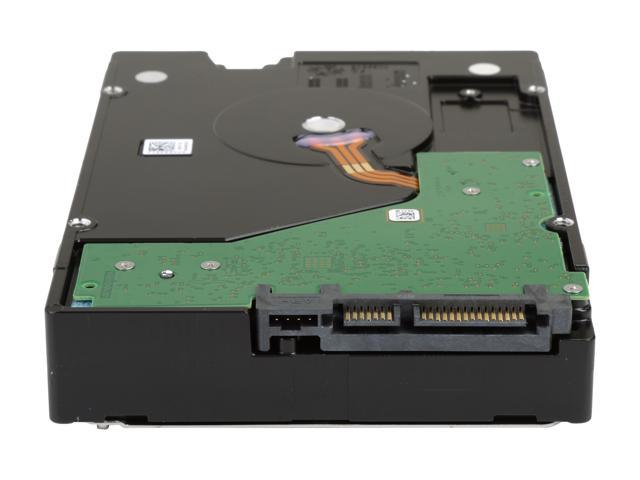 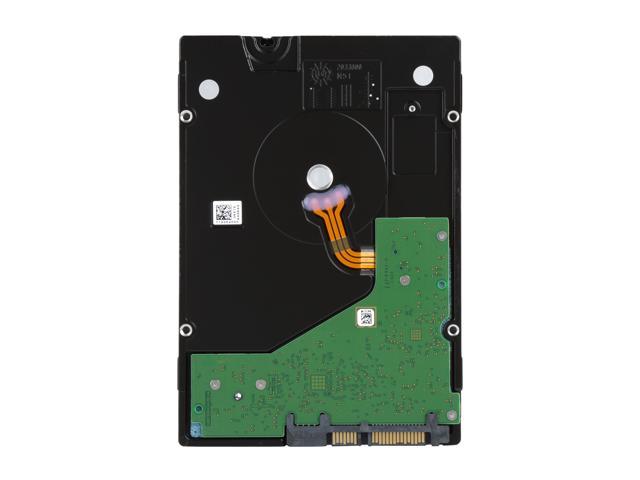 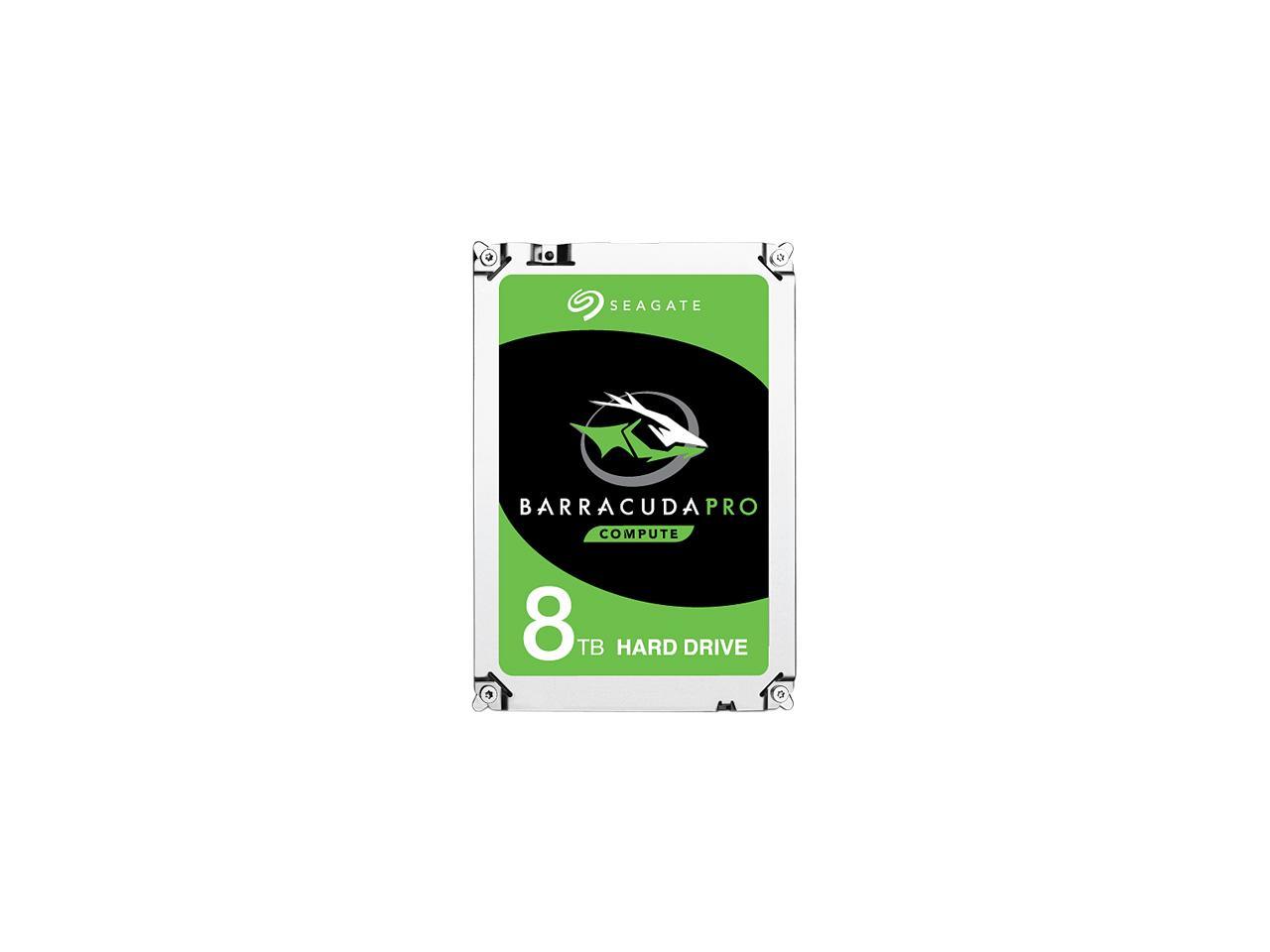 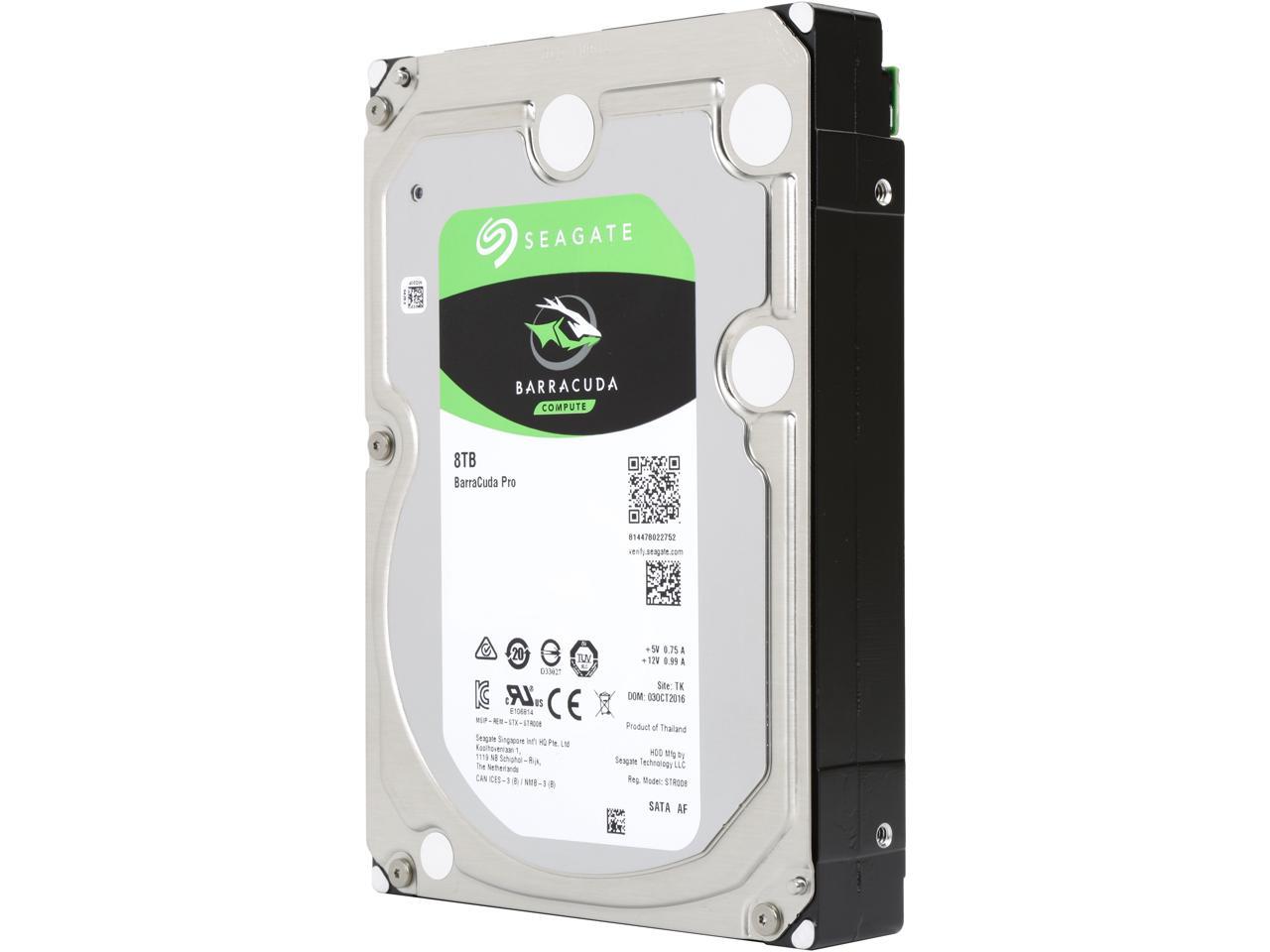 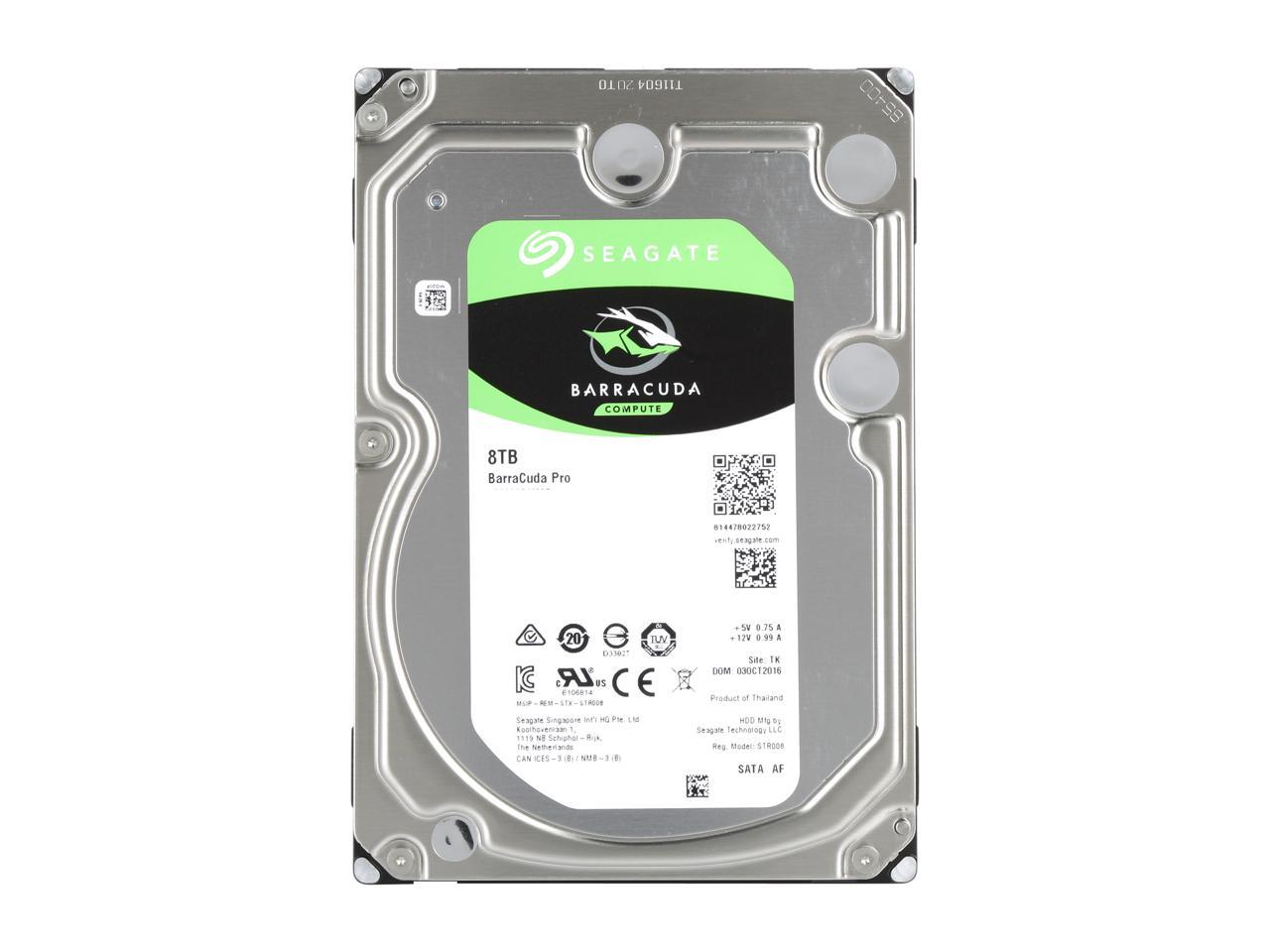 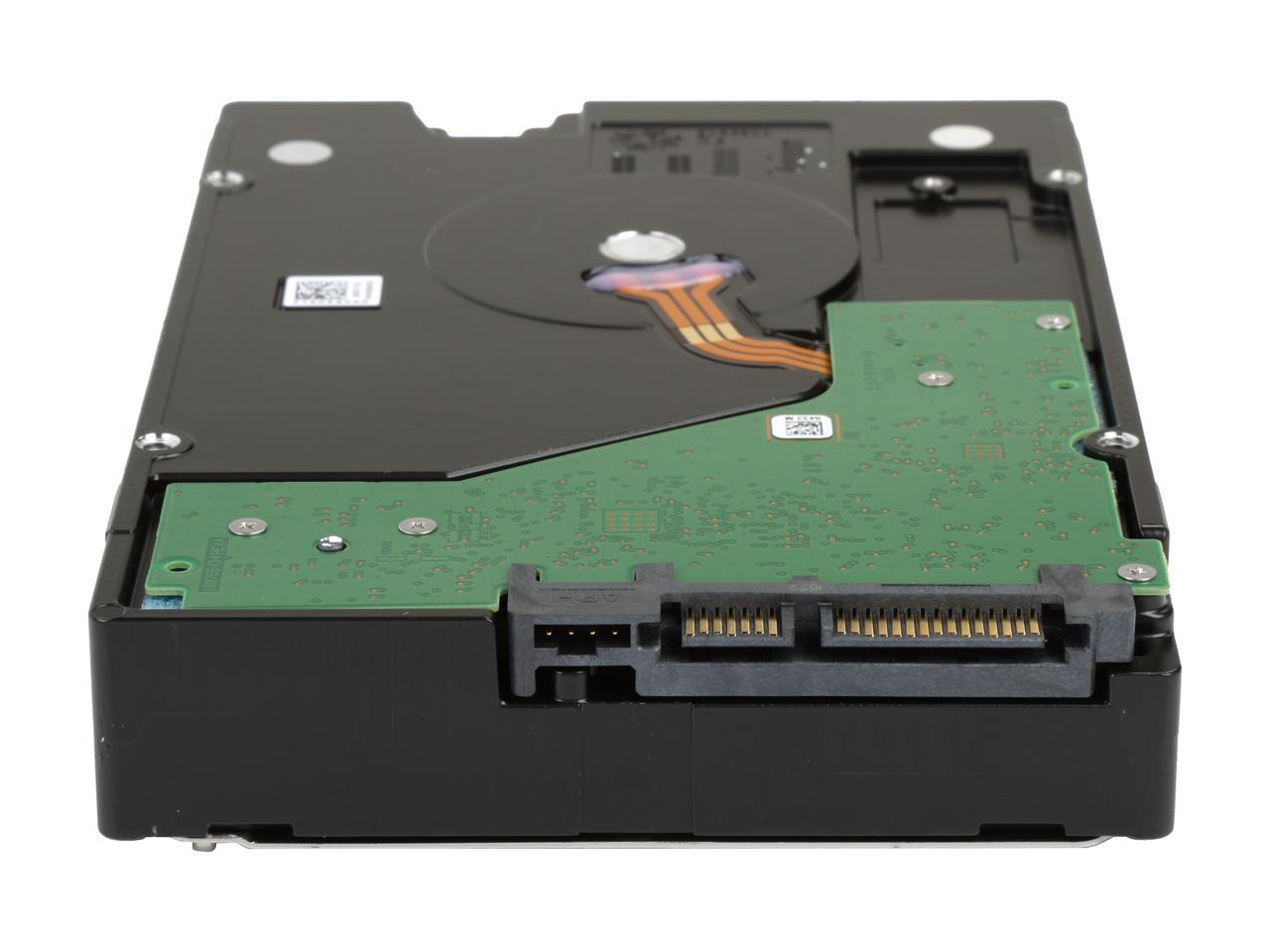 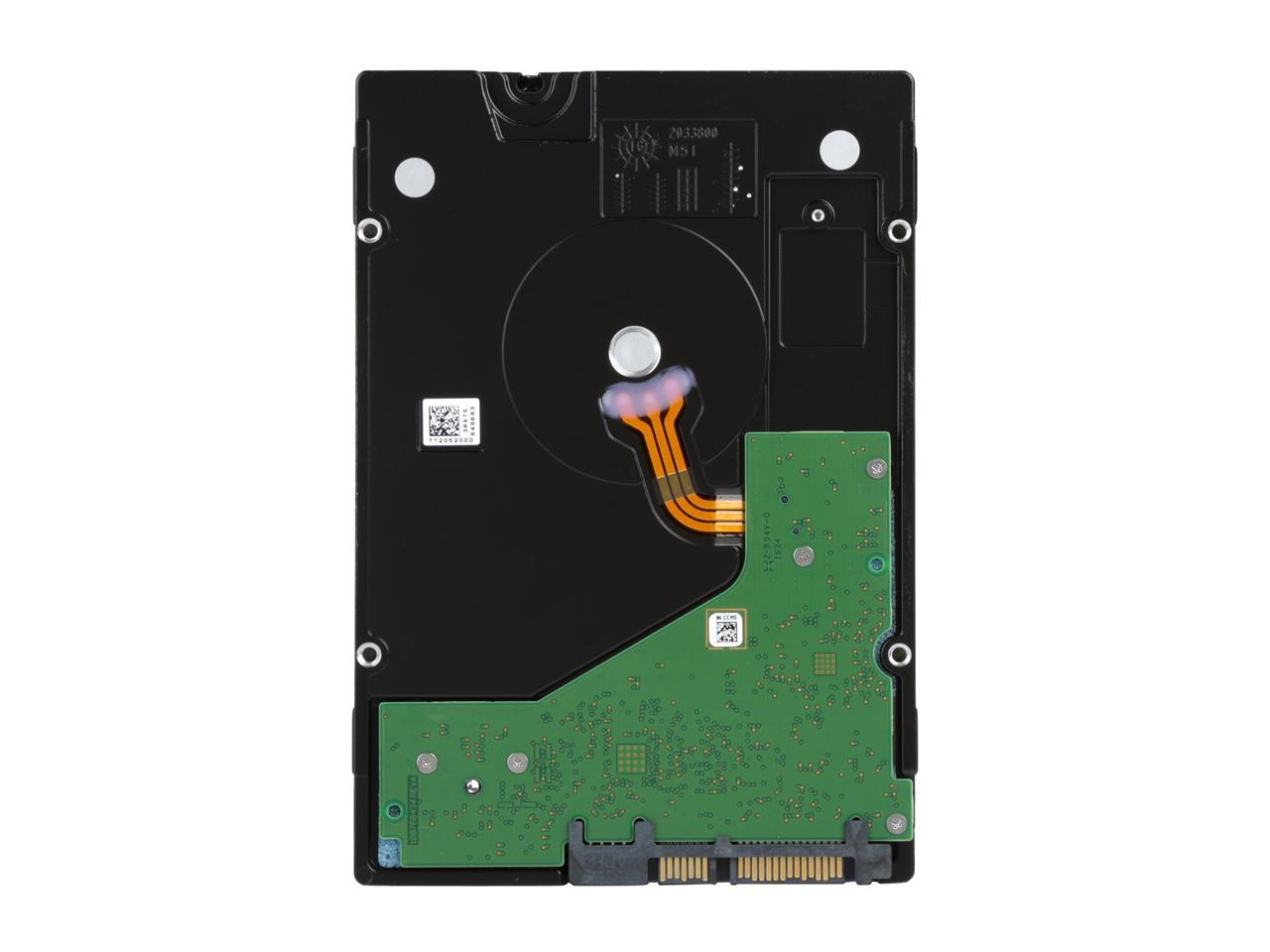 Learn more about the Seagate ST8000DM005

Pros: So far so good, only had for a couple of weeks but zero issues. I wanted a large HD that will hopefully last a long time, thus the reason I paid more to get this with the 5 year warranty. I read some reviews saying these HD's are loud - I have not noticed that really at all. If you run with an open case you'll hear it a bit, but it's nothing overly offensive - there's a lot of platters in there so there's a lot of opportunity for it to make noise, but even at it's loudest it's not bad - perhaps on-par with earlier 2000s HDs, but again with a case closed it's rarely noticeable. The other big plus is the speed, I get over 220mb read and write using drive benchmarks, it's a bigger increase than I was expecting over my old 5900rpm WD Green drives.

Cons: Only negative at all might be the price. If you're willing to risk it you can get much better deals on external HD's but they may only have a one year warranty and obviously they're slower. Most of the other competitive drives to this have 3yr warranties - those being from WD, who has an excellent rep, but I really wanted something with a 5 year warranty since I really really don't want the drive to fail - and while the warranty certainly doesn't mean it won't fail, I hope they're built better or tested better... I hope. But really there are no true negatives - the sound issue I heard about isn't an issue, at least for me.

Overall Review: Just a notice to the beginners, when I say this drive is fast - I'm talking about compared to other traditional HD's, not SSDs. This can't hold a candle to a SSD and if you're building a system, don't just buy this huge drive to run everything, be smart, spend less and say get a 4TB HD and then get a 512GB SSD and use the SSD to run your system - then put your games, music and movies, etc on the big HD. Also yes, for gamers, this is a perfect drive. SSD's rarely make much, if any, difference in games - and with a pretty quick read/write speed this is a great drive for games as random access time isn't a big deal. I've always traditionally stuck with WD since I love their return policy - but I'm hoping with this Seagate that they got their act together - or better I'm hoping I never have to find out.

Did you find this review helpful?
Anonymous
Ownership: 1 month to 1 year
Verified Owner
2 Barracuda Pros failed within less than 40 hours of uptime - AVOID SEAGATE. They have not reconciled any QC!!7/12/2017 6:31:23 AM

Pros: No pros at all. Seagate's reputation of high failure and sub-par drives hasn't changed. Don't let the rebranding fool you about Seagate reliability!!!

Cons: Seagates reputation for bad QC and high failure rate is rightfully deserved. Purchased 2 – Barracuda PRO 8TB and One Ironwolf Pro 8TB. All 3 drives have failed with less than 40 hours of uptime. One of the Barracuda Pro’s was sent in for Data Recovery which is a joke. Techs informed that platters were too damaged for recovery resulting in nearly 4TB of unrecoverable data loss. Data was being consolidated to this drive prior to backing up but with a failure rate in less than 40 hours, there was no time/chance to even perform a backup. All drives have been RMA’d. Would rather return the drives and be done with Seagate products, but unfortunately the drives are past the 30day full refund policy from NewEgg. Realize some folks have good luck with Seagate, but it’s hit or miss with the lot you’re getting. This is NOT QC but a gamble with your data. Stick with Western Digital, at least you’ll know that you’ll get 4-7 years before failure. With Seagate, you might be luck and get a few years, or in my case, a few hours before failure!!!

Overall Review: Would not recommend this product or Seagate products in general!

9 out of 18 people found this review helpful. Did you?
Manufacturer Response:
Hello Anonymous, We sincerely apologize for the problems experienced with your 2 Barracuda Pros and the Ironwolf drive, as this is not typical or expected. We understand that you have setup replacement orders for the three drives. Please contact us directly should you have any questions or concerns with the replacement drives. http://support2.seagate.com/ Best Regards, Seagate Support
Roderick S.
Ownership: 1 week to 1 month
Verified Owner
Seems OK so far, except for one maddening problem....4/19/2017 6:03:58 PM

Overall Review: I've had this disk for about two weeks now. It worked fine in my burn-in period on a test computer, so I transferred the disk to its target system and installed it. Unfortunately, something about the disk in that system is causing an annoying buzzing noise. It disappears when I hold the disk in my hand, but whenever it's in contact with the rest of the computer's case, it buzzes. The computer in question has other disks (one SSD and one other HDD), and this disk replaces another one, so it's something about this specific disk that's causing problems. I've re-seated the disk, replaced the mounting screws, etc., all to no avail. I'm concerned that this might presage a disk failure, but so far there's been no sign of that. (I've run SMART tests several times with no issues reported.)

Cons: DOA, had to RMA with Seagate. Didn't get around to installing it until > 30 days after order.

4 out of 12 people found this review helpful. Did you?
Manufacturer Response:
Hello Frank, We apologize for the problem experienced with your 8TB BarraCuda drive, as this is not typical. We understand that you have created a replacement order with us. If you should have any questions or concerns regarding the replacement drive, please let us know by contacting us directly: http://support2.seagate.com/ Best Regards, Seagate Support
Gregory V.
Ownership: 1 month to 1 year
Verified Owner
New mounting specs4/17/2017 4:22:35 PM

3 out of 23 people found this review helpful. Did you?