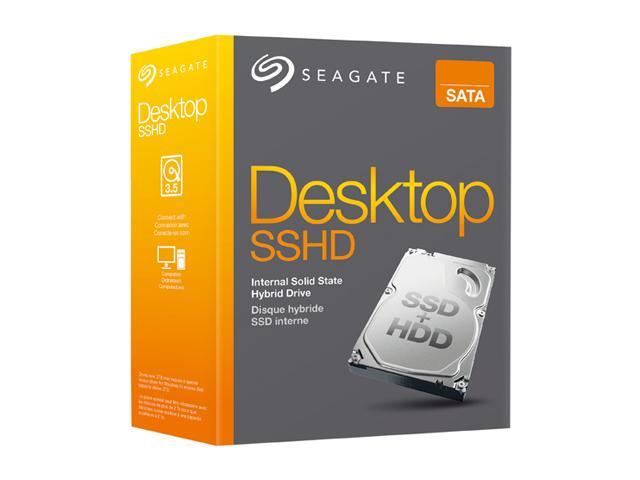 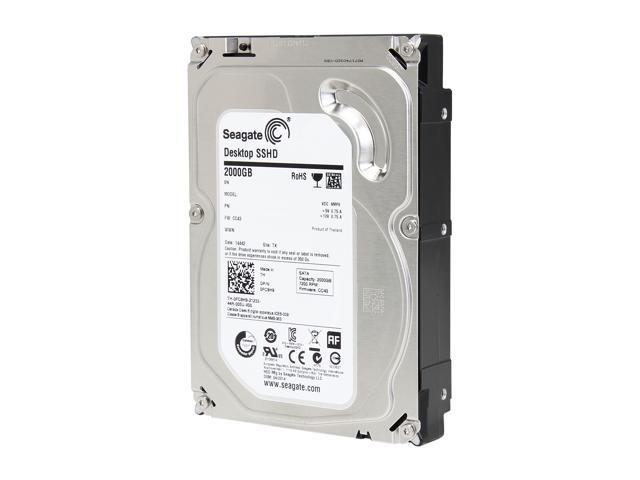 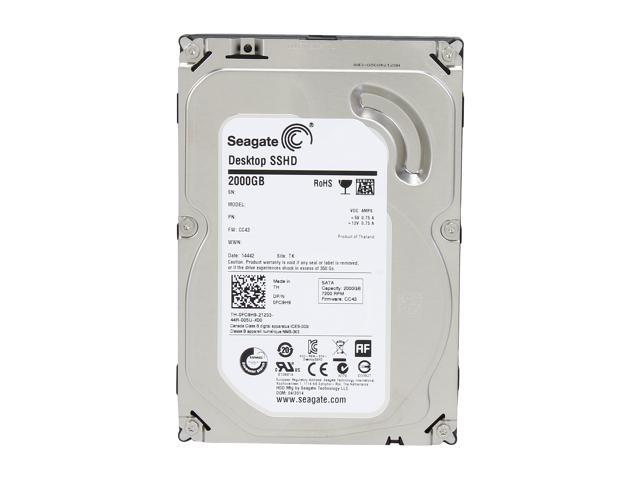 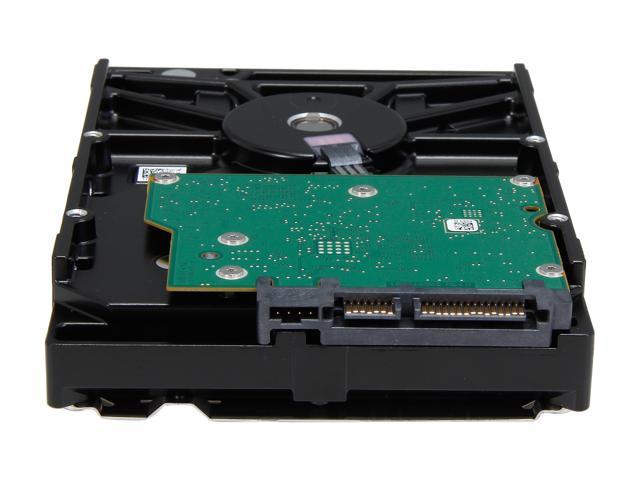 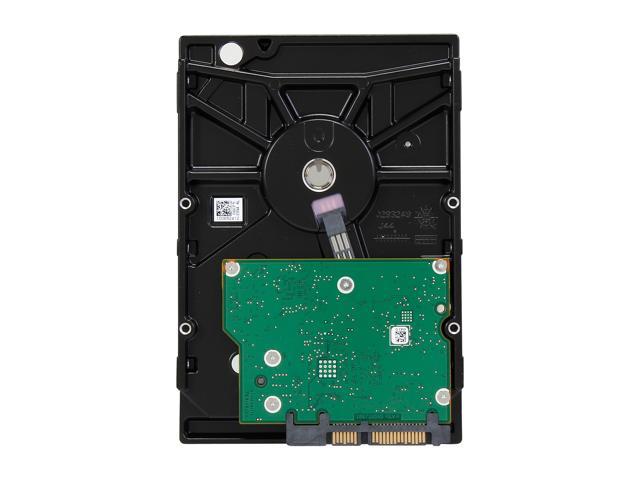 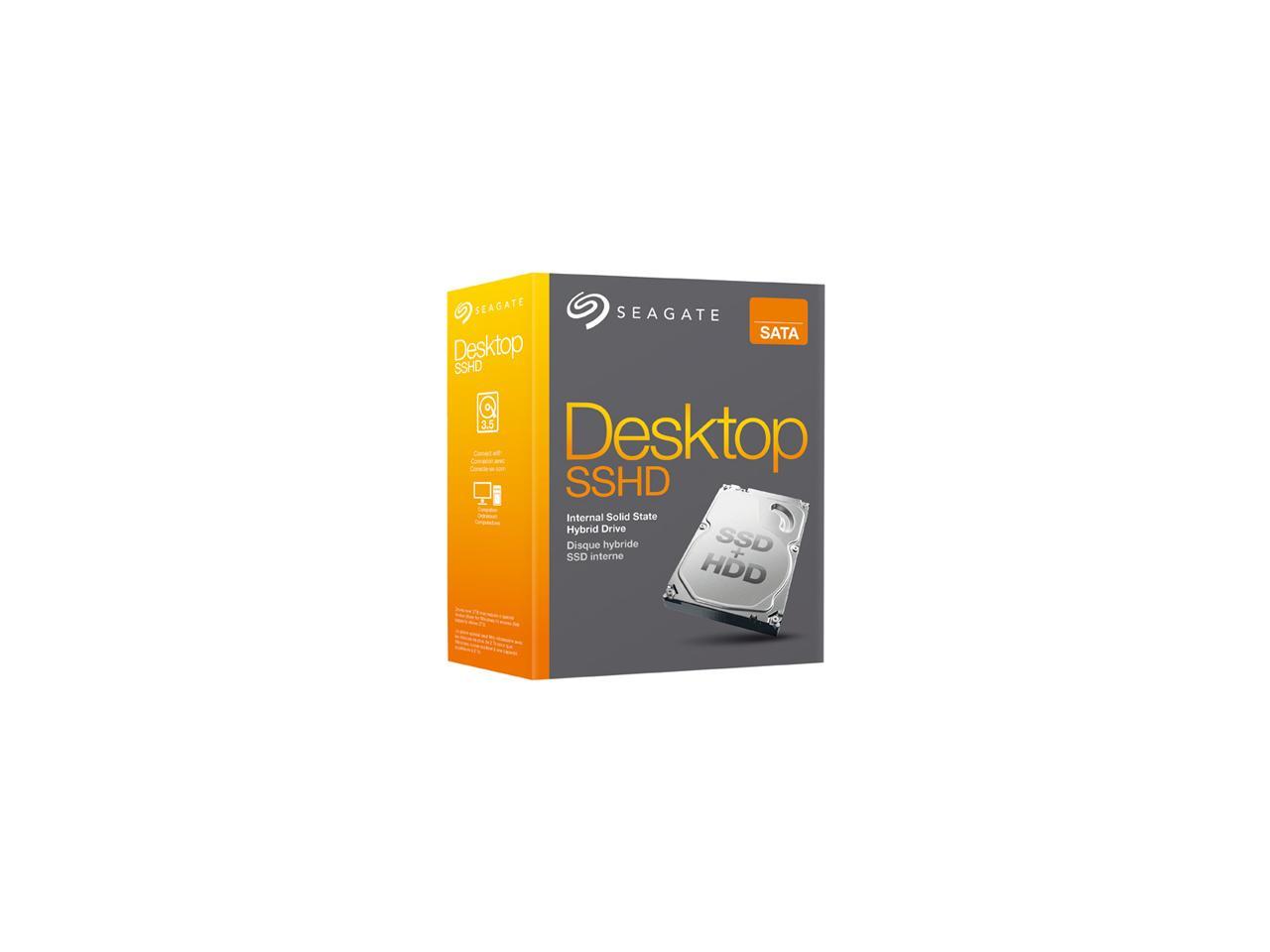 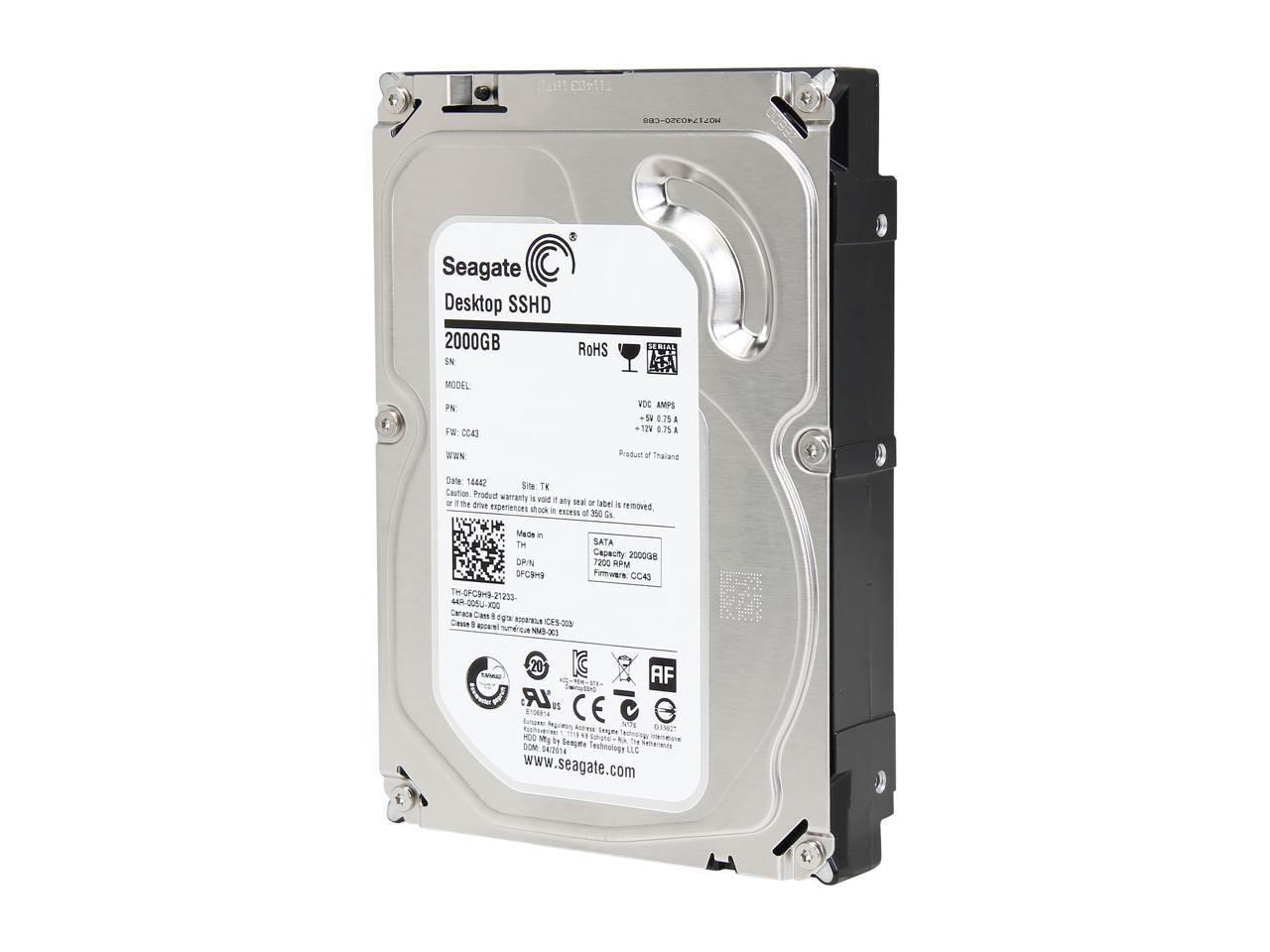 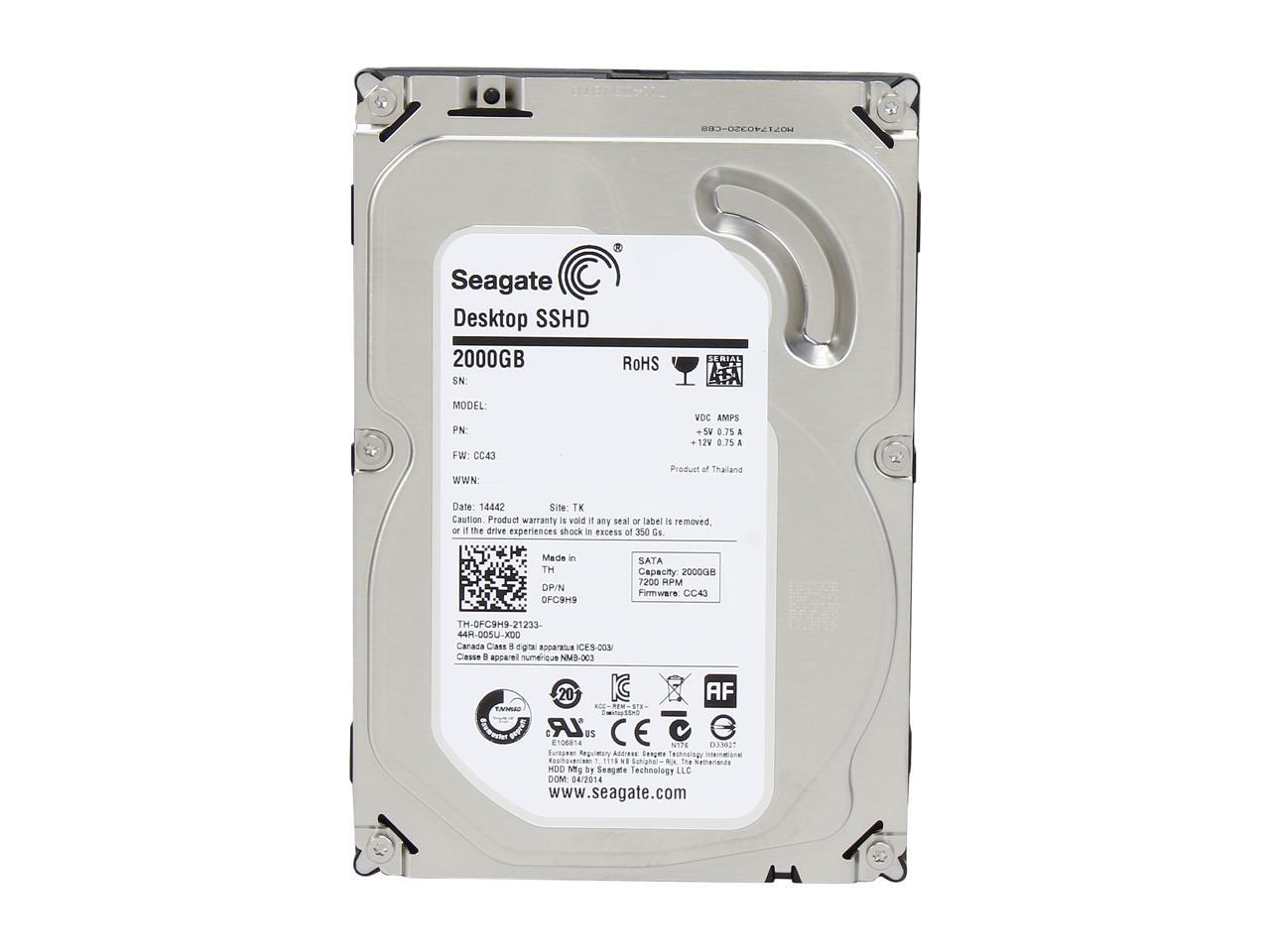 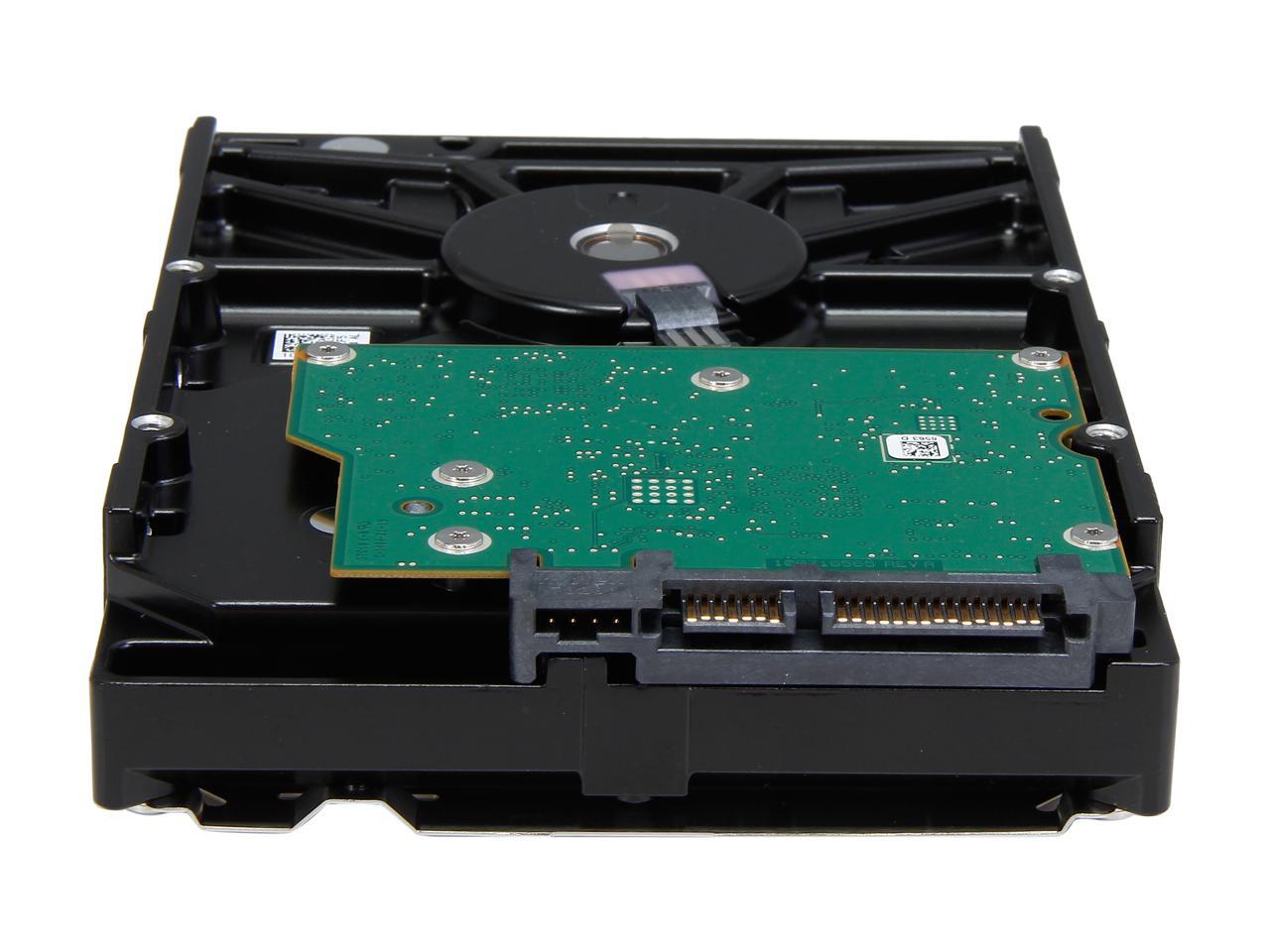 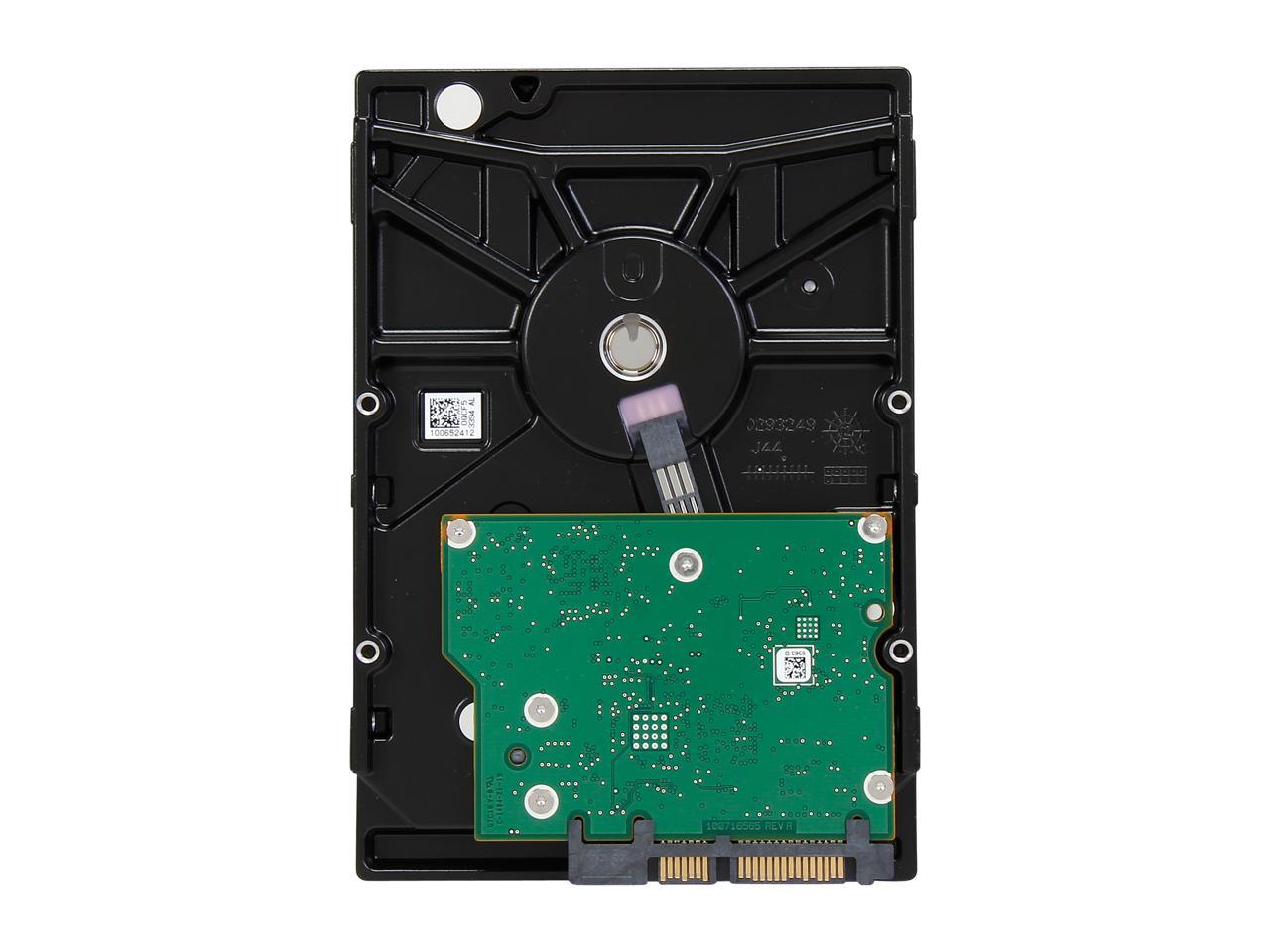 Learn more about the Seagate STCL2000400

Cons: As Jose said, this drive has a SSD cache rather than a separate partition as some are want to assume. It is managed by the drive firmware, not user controlled; so don't be looking for a separate SSD partition.

Overall Review: I bought two of these drives and striped them together to create one 8TB drive for my media server (4.5TB and counting!). To answer Adam S.'s issue though, you have to remember that MBR partition table only supports partitions up to 2TB. In order to utilize the full capacity of this drive, you need to change the drive to a GPT partition table and create the partition on that (which is as simple to do with Windows OS Disk Management in Win7 and 8). Otherwise you will be limited as Adam described.

7 out of 7 people found this review helpful. Did you?
Anonymous
Ownership: 1 week to 1 month
Verified Owner
Excellent price/performance ratio6/5/2014 8:40:07 PM

Pros: Excellent Hard drive capacity. No other desktop hard disk comes close to the performance and the price per gigabyte than Seagate's SSHD's. After a few weeks of use you will see the MLC SSD flash start to work and optimize the responsiveness of the drive. You will be filling this drive forever. Despite the larger width of the hard drive, it still snuggly fits in a standard 3.5 inch bracket. Overall: Great Capacity for a reasonable price; excellent warranty for 3 years, and relatively good speeds. This drive is excellent went used as a storage drive while using fast raptor hard drives or SSD as your bootable OS disks. This ensures your important data is safe while your single or raided fast hard drives enables fast OS response.

Cons: The only negative selling point for these hard drives is Seagate's marketing; stating that these drives perform like solid states or something comparable to that. I assure you they don't. These drives are akin to using low capacity SSD for caching when paired with a larger mechanical hard disk. This eliminates the complexity of setting that up and gives you a similar responsiveness to that setup where cached programs are accessed quickly once the SSD has learned your habits and behavior. So if you can eliminate the mindset that this is suppose to function like an SSD you'll be very happy with this drive!

Overall Review: I highly recommend this drive. Seagate has done a good job with this model ^_^

Cons: None for right now.

Overall Review: I originally got the first seagate 1TB drive that had 6GB flash which was a 2.5" so i needed to also buy the adapter to fit on my iMac. One thing i didn't like about that drive was the 5200 RPM. It was slower in some categories than my original Apple 500GB 7200 RPM drive. I just needed the extra space and hybrid drive sounded better , which is was. But when i came across this drive thats an actual 3.5" 8GB! and also 7200 RPM, i couldn't pass it up. I had the old 2.5" seagate for about a year now and that held up very good so seagate brand was the icing on the cake. As of right now i just installed it and its running amazingly faster. It will take time for the flash to kick in and no what applications i use more often than others but the bump from 5200 to 7200 was very obvious. Great purchase at a great price. Can't go wrong here. I'll update if anything should come up.

Overall Review: My 7200 RPM Western Digital drive died and a co-worker recommended this to me as an alternative to the more expensive SSD. Installed Windows 7 (since upgraded to Windows 10) and Windows XP dual boot. Installed in March, 2015 and have had no issues whatsoever. Recommended.

Cons: None I have noticed

Overall Review: Bought this to replace a WD 4GB Enterprise Drive which started having failure issues in third month. Thios drive is much quieter in write mode. I use SSDs in most of my computer for OS and storage, but use this drive primarily for backups. Definitely set this up as GPS in Disk Management in Windows 7 or 8. Easy peasy to get the full drive formatted and accessible that way.

Pros: Easy install instructions. Nice capacity and speed for the money. Noticeable efficient improvement in speed of design with SSD integrated to HDD.

Cons: Was simple and fast to install.

Pros: Much faster than a conventional HD Cheaper than an SSD Easy installation Transfer of data was seamless

Cons: Doesn't appear to be officially recognized by MacOS disk utility as a "fusion" drive. Suggests all of the data caching decisions are made by the drive with no input from MacOS. Drive doesn't contain the special Apple firmware, so the iMac fans are running in panic mode (noise is not bad).

Pros: Popped in, I've done this a million times, bam. Done. It stores stuff. That's about it. Warranty of 5 years is fantastic.

Cons: This is what really grated on me... Now, unless I'm doing something wrong, I formatted this disk as GPT/NTFS to use as my primary sample library drive for my workstation. I thought, "Hmm, I WAS going to go for a high capacity SSD on the next holiday sale, maybe I should give an SSHD a shot in the meantime?" Boy was that a bummer! The 4TB SSHD from Seagate, has near the same performance through my benchmarks, as my 7200rpm HDD (6TB Seagate). To say the least, I was disappointed. 4K random writes performed only 'slightly' better by a few MBs than the HDD. SSDs from 6+ years ago performed waaaaay better, and are no where near as expensive nowadays. Granted, that's without the generous amount of storage, but if your intention is to use this as your system drive, you may want to give this a pass.

1 out of 1 people found this review helpful. Did you?
Manufacturer Response:
Hello Jun, We wanted to note that it may take a number of reboots to notice the full performance benefit of your Desktop Gaming SSHD. This will allow the adaptive memory feature to determine the data that is accessed most frequently and put this data on the high performing NAND Flash portion of the drive. If you have additional questions or concerns, please contact our support staff and we will be happy to assist further: http://support2.seagate.com/ Best Regards, Seagate Support