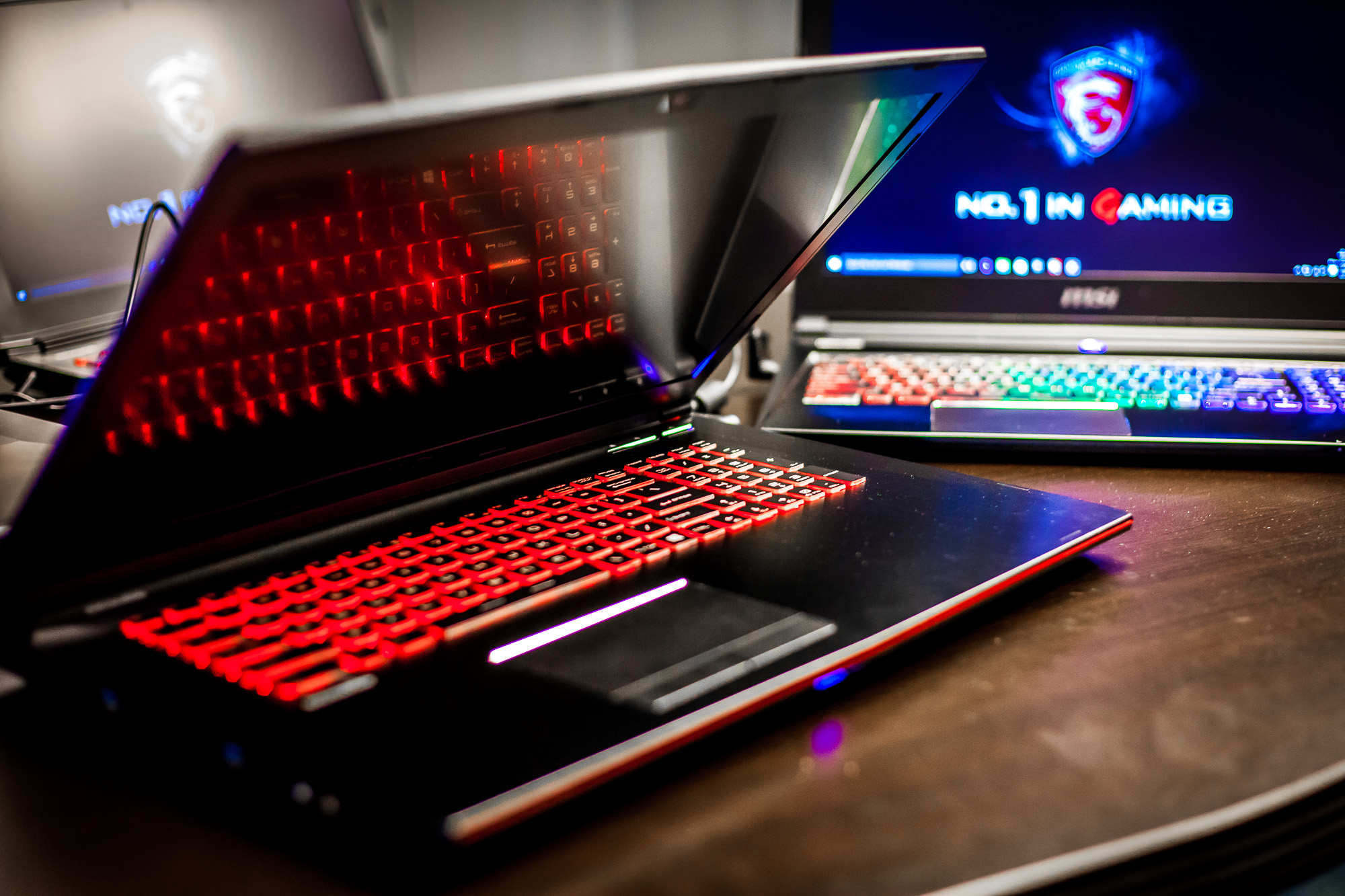 Choosing Between a Desktop and a Laptop 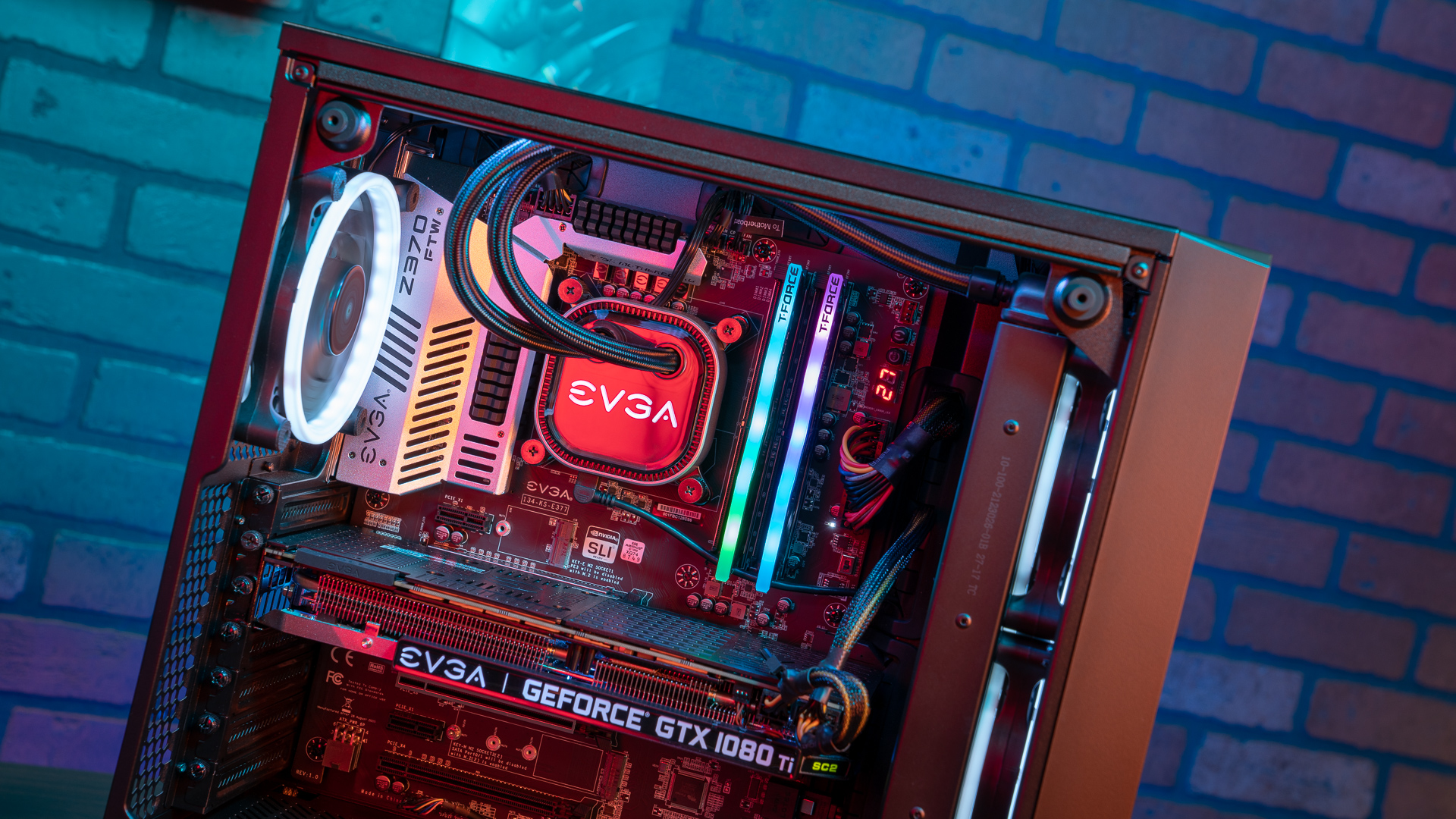 The world of computers can be an intimidating one for those who don’t know exactly what they’re looking for. There are seemingly infinite options, from ten-thousand-dollar gaming behemoths to notebooks that sell for just a few hundred dollars, and everything in between. Gaming desktops, professional workstations, high performance laptops, 2-in-1s, tablets…the list goes on and on.

There are many factors to consider, but one of the most important questions is a simple one: do you want a desktop or a laptop? It may seem like an obvious choice, but before committing to one form factor,  you need to think about how you will use your new machine.

It’s an important decision, so let’s go over some of the most important features to keep in mind when deciding what your next computer is going to look like. 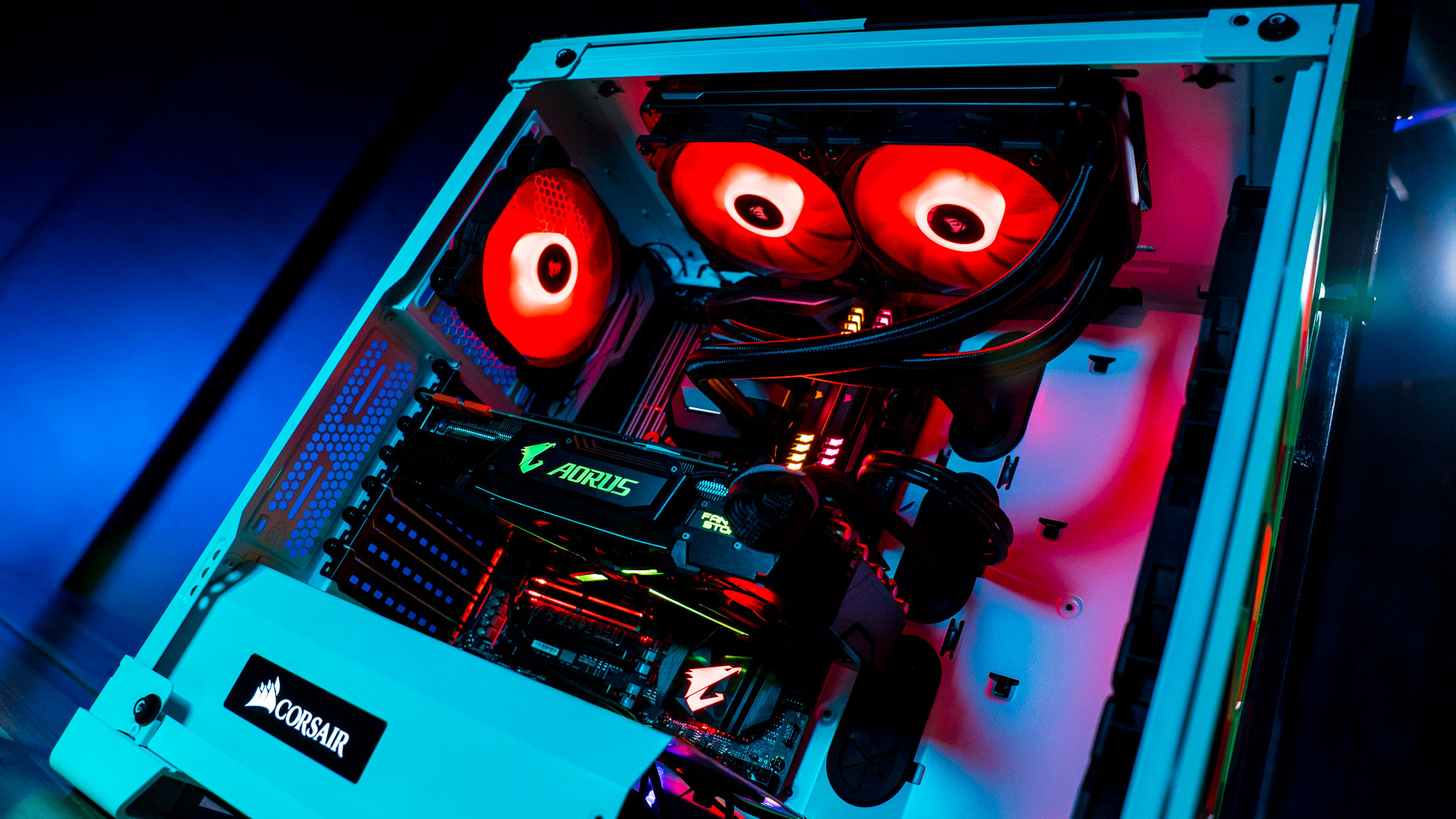 The desktop computer is king, if you’re looking for the most powerful computer money can buy. These towers are what most people think of when they think “computer,” and though there’s more crossover and variation in form factor than ever before, desktops are still the go to when it comes to pure power. These tower cases vary substantially in design, but most are essentially a large box that houses the components that make up a PC, and are attached to a display, a mouse, and a keyboard.

It’s what’s inside that tower that matters more than the shape of the tower itself. The power of your system usually varies by the processor, video card, and amount of RAM the system is using, so you can customize your build to the price point that works for you. 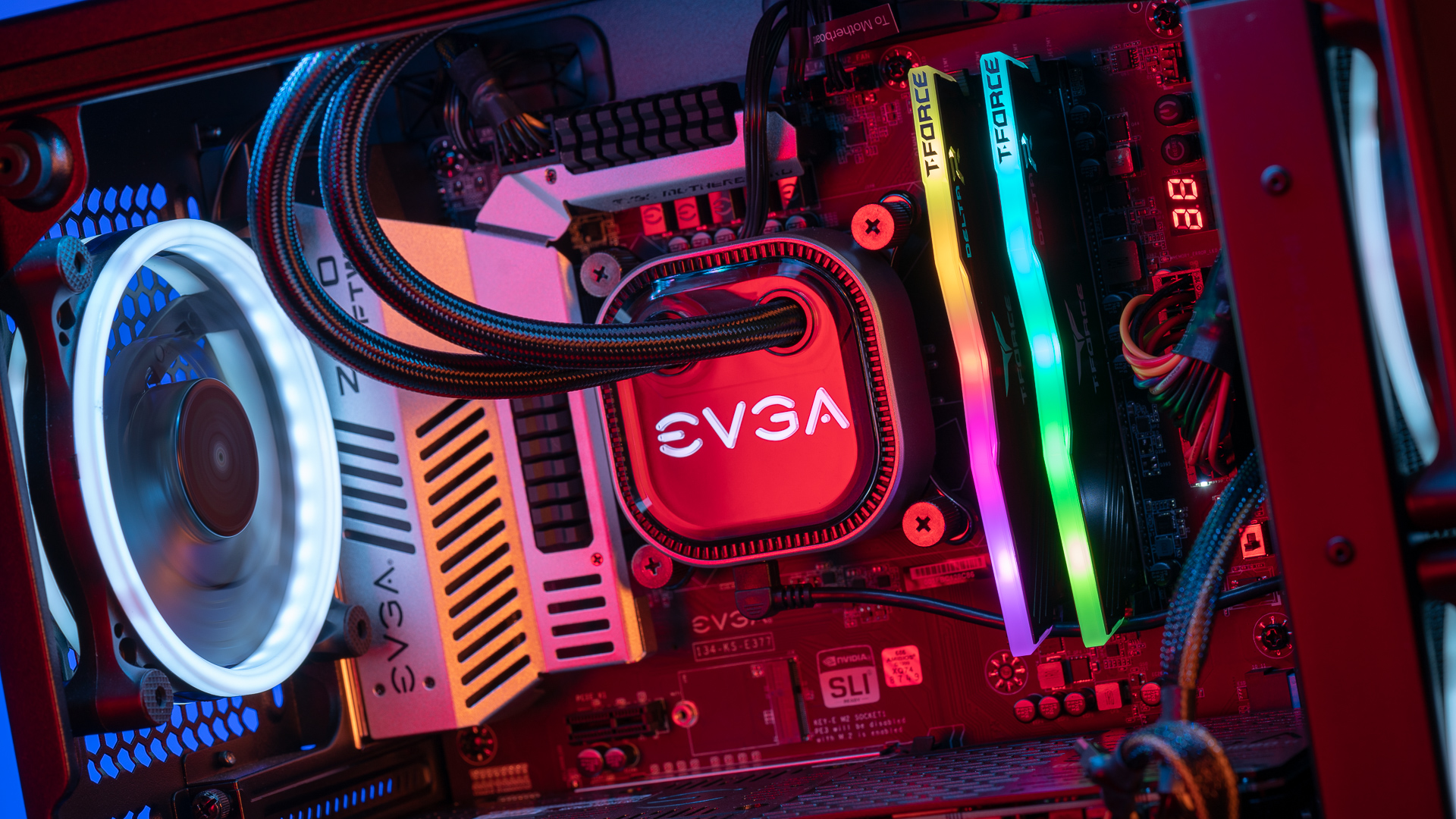 One of the biggest advantages of tower PCs is the cost-to-performance ratio. If you’re able to put a build together yourself, these benefits can be even greater, because you can decide exactly how much you want to pay for each part in your build. But even if you do buy a pre-built tower, it’s going to be substantially cheaper than a laptop with the same specifications.

The main reason for this lower price point is that there is more space to work with in a tower. Because you have more room in the case, components can be larger, and cooling them is easier. A GPU (Graphics Processing Unit) is a perfect example of this; the reason that high performance video cards are so large is that there is a great deal of care and attention paid to keeping them cool. The smaller the surface area of the card, the less room there is for fans or liquid cooling solutions. That means increased R&D costs to figure out how to effectively cool these powerful chips with less space, and that means higher costs passed on to the consumer.

This gets more complicated when you look at very small form factor PCs like the Intel NUC line, but overall, a desktop is going to be cheaper than a laptop with the same specs, because there’s more space and flexibility in the workspace.

This means you’ll have room for the most powerful components available in a desktop, which is why when people think of super high end gaming PCs, they usually think of towers like this Acer Predator Orion 9000. While you can basically spend as much as you want the higher-end you go, desktop PCs can also be some of the most affordable computers available. If you’re looking for straightforward and simple, something like this Lenovo PC 510A-15IKL can get the job done for a surprisingly small investment.

The flexibility in price is one of the most significant advantages of the desktop form factor. 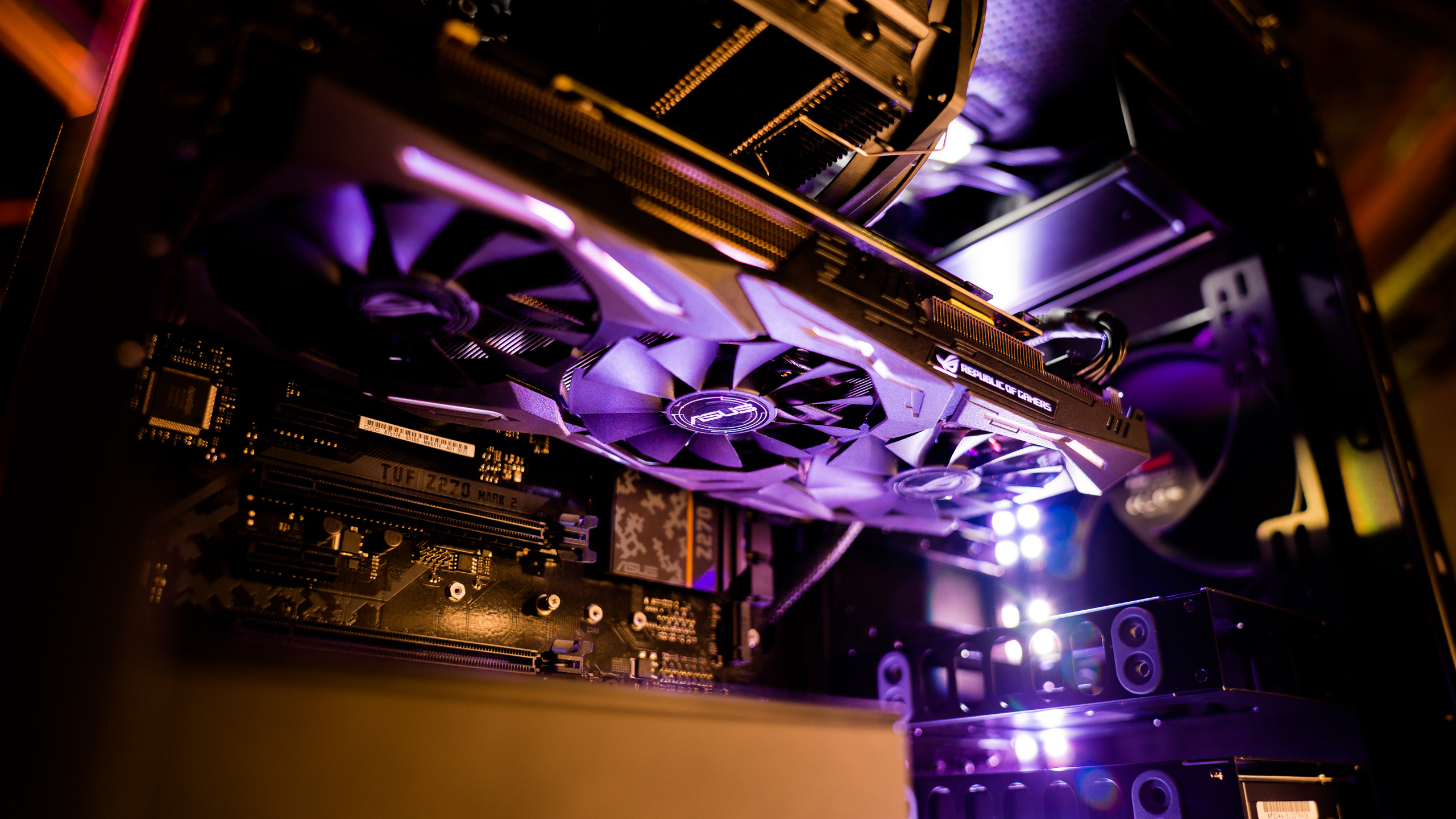 Along similar lines, the extra space allotted in a tower means upgrading your build is easier. PC components are designed to be upgraded, whereas laptops are a little trickier to tinker with.

Upgrading a CPU, GPU, or motherboard in a desktop is fairly straightforward; doing so in a laptop might not even be possible, depending on the model. For some people this won’t be an issue, but it does mean if you buy a laptop you’re going to want to make sure it’s powerful enough to keep you up and running for a few years, because replacing older components might not be an option.

One of the joys of PC ownership is being able to keep up with the newest technology, and having a flexible build is one of the best ways to do this. 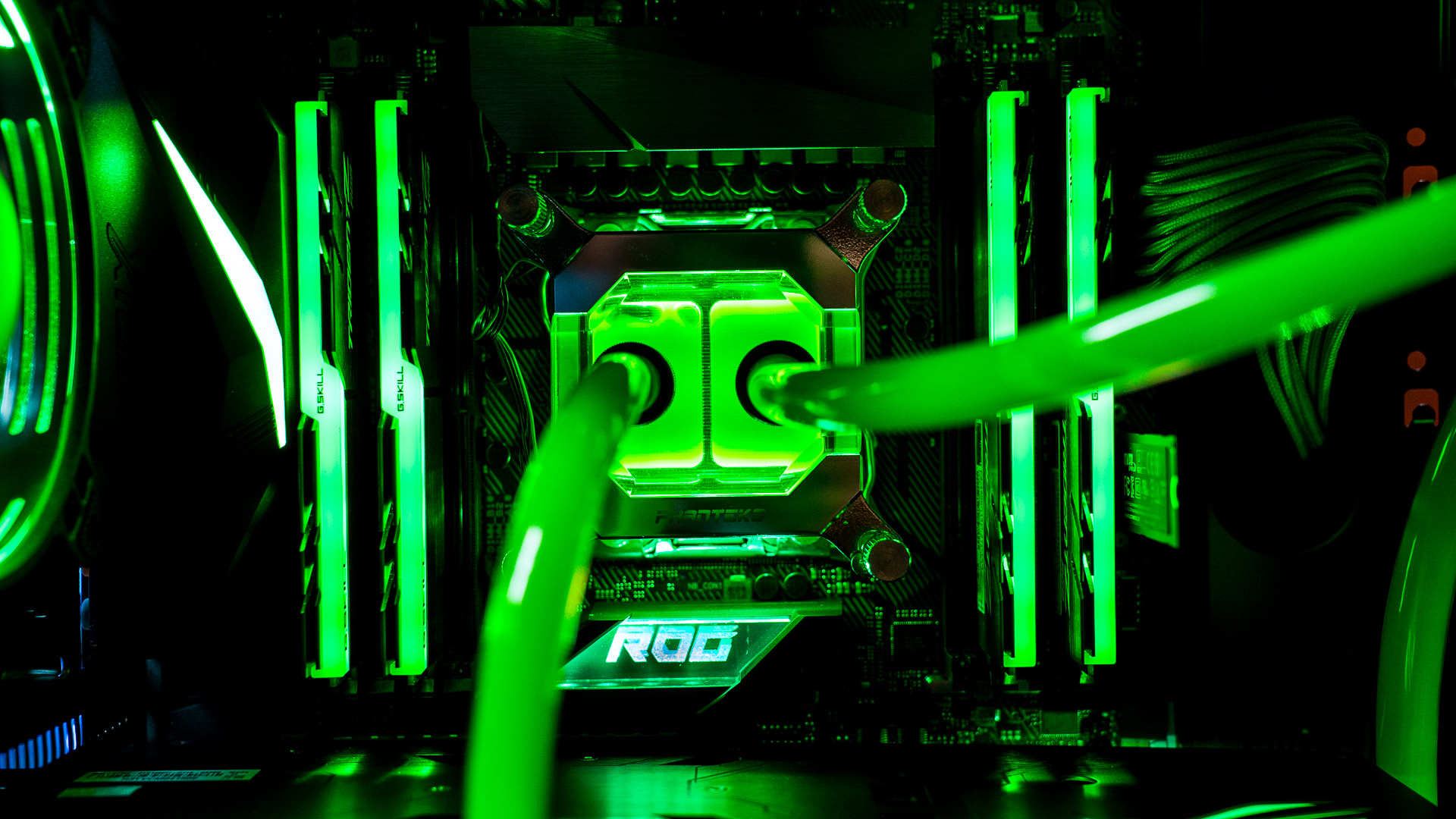 One of the coolest things about desktop PCs is the virtually limitless customization. Not only with components, but with aesthetics as well. With the advent of RGB lighting and the huge variety of cases available, you can turn your tower into something that is uniquely yours, and changing that look is as simple as changing a few settings.

Here’s an example of what you can do with a big case, some custom hard piping, and some cooling expertise

It’s going to be pretty tough to do something like that with a laptop. 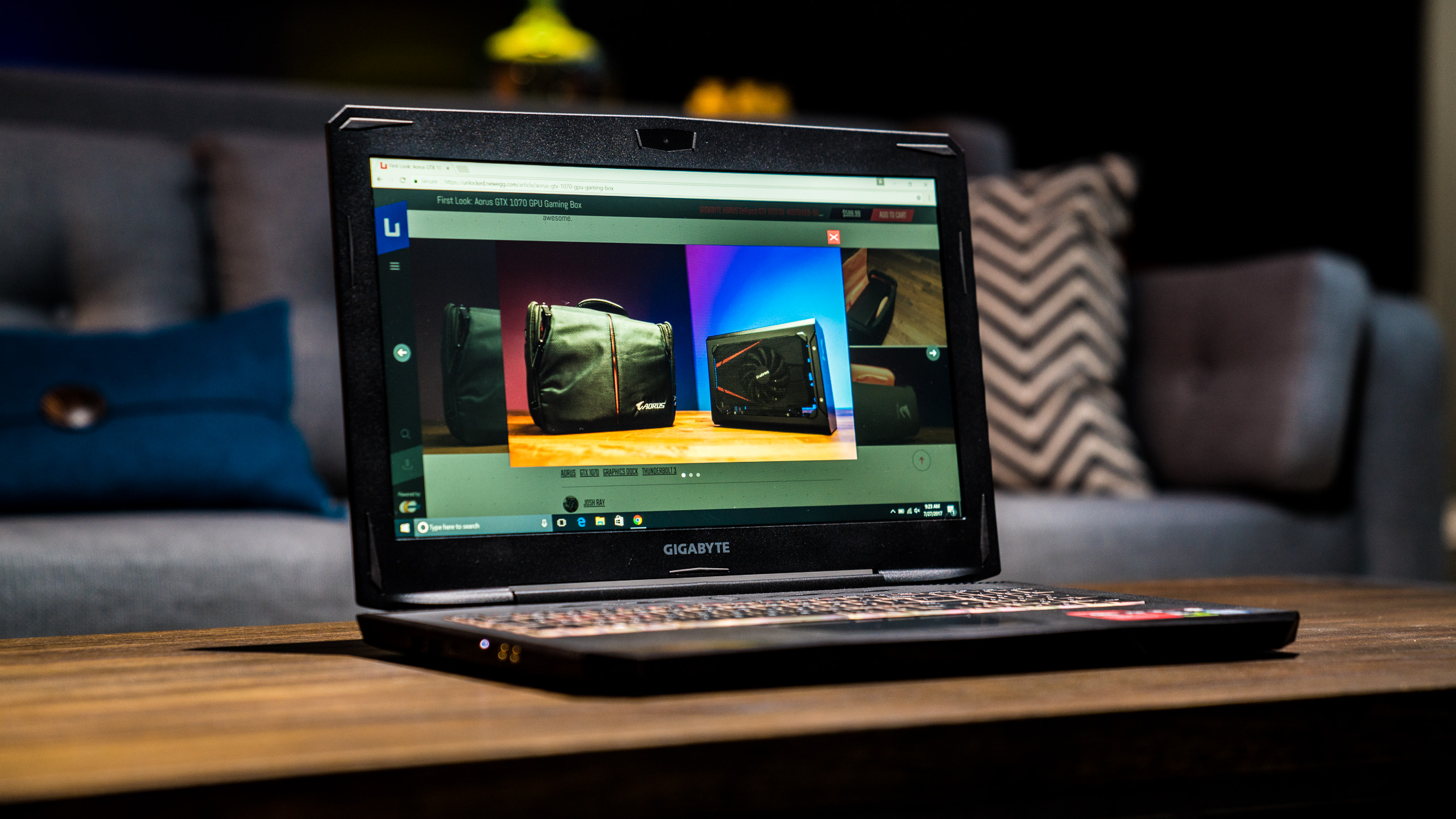 Simply put, a laptop is a powerful personal computer that is small enough to fit on your lap. They also vary dramatically in size and functionality, and can often be customized to fit your needs. Powerful gaming laptops do exist, and they are awesome, but they are also substantially more expensive that a comparable tower PC. As technology continues to shrink the difference in price-to-performance is becoming less pronounced, but it is still considerable.

However, there are a few categories where the laptop is the clear winner. And for many people, these advantages are more than enough to make up for the price difference and other limitations of the laptop form factor. 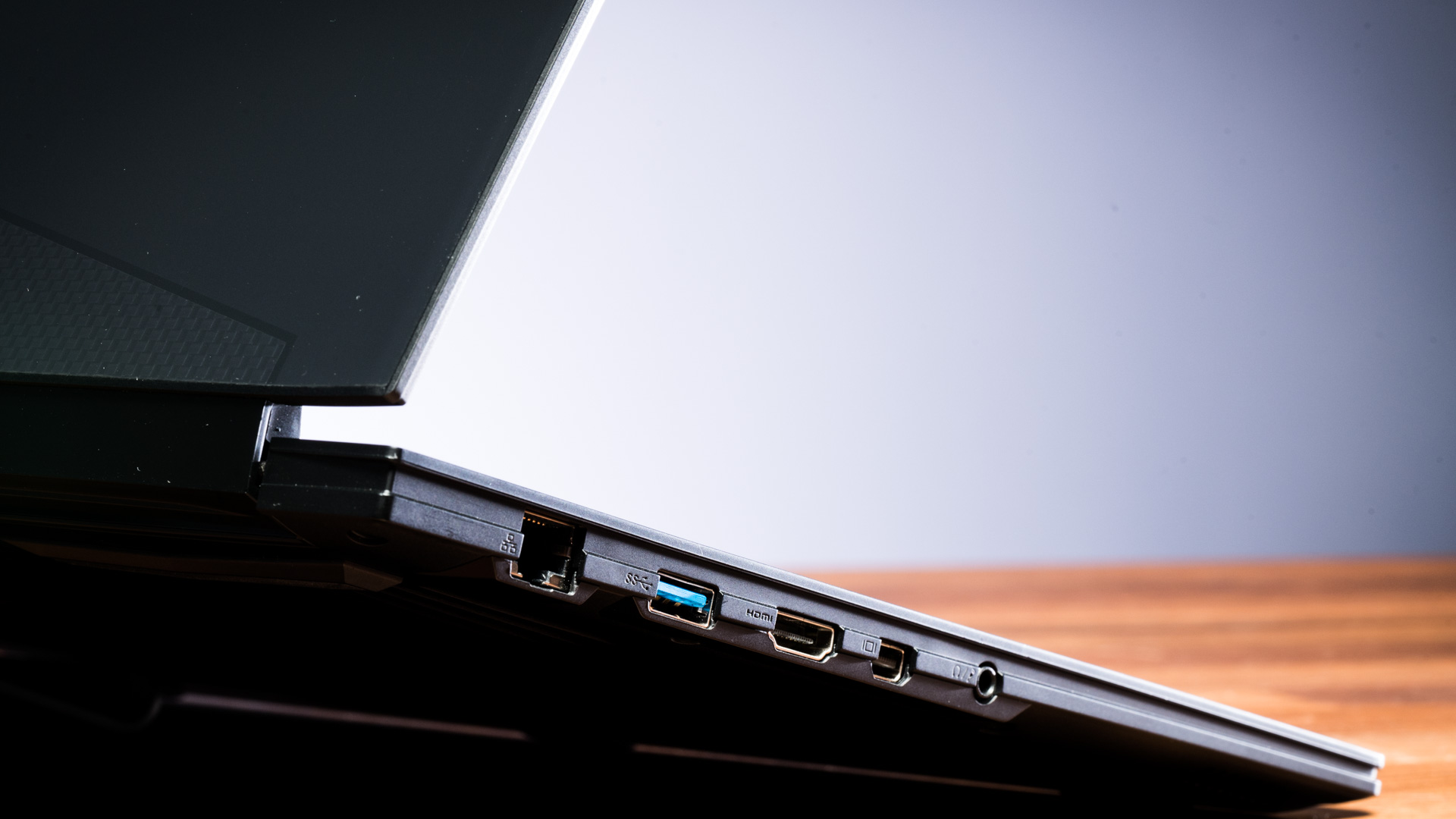 The first and most obvious advantage for laptops is in terms of size. Laptops use smaller components, which means they are substantially more compact. They also have built-in displays, keyboards, and trackpads, which means a fully self-contained computer that takes up much less space.

This can be the deciding factor for many people, especially those with desk real estate, like those in a dorm room. If space is at a premium, you might not have room for a large tower, a display, and a keyboard on your desk. A laptop will fit in the smallest of areas, and is easily folded up and put away when you aren’t using it.

For those who do want something closer to the full desktop experience, almost all laptops can provide that as well. The vast majority of portable computers have USB ports, meaning you can plug in a keyboard and mouse, and external video outputs, so you can easily plug in an external monitor and get the more classic PC experience. The difference is that an external display and controllers aren’t mandatory like they would be with a tower.

If you’re making the most of a small space, a laptop is probably the way to go. Like a tower, you can spend as much or as little as you want. If you’re looking for a simple laptop for social media and word processing you can pick up a notebook for a few hundred dollars, like this ASUS VivoBook, or you can spend thousands on a laptop that can compete with high-end gaming desktops, like this top of the line Aorus X5 v8-CL4D gaming beast.

Size is no longer a limitation to power the way it used to be, and laptops are capable of more than ever. There are also customization options beyond just internal components. You can get laptops with high refresh rate or G-Sync displays, touch screens, laptops that convert into tablets (commonly known as 2-in-1s), and a huge variety of features that allow you to get the laptop that fits your needs perfectly. 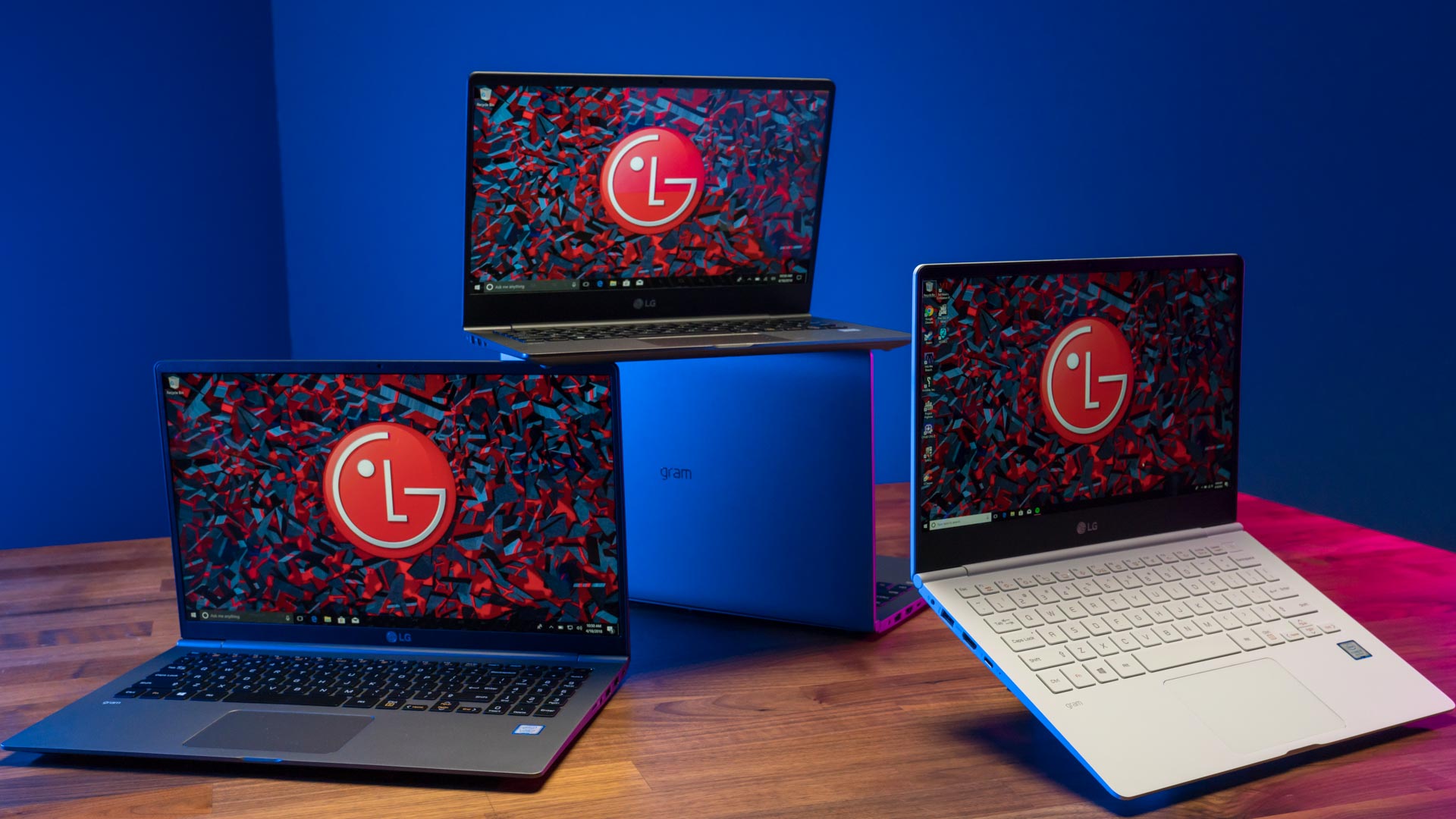 Not only are laptops smaller than desktops, they also run off of a battery, and that means you can take them anywhere. This is obviously a substantial advantage over desktops, which have to stay plugged-in to operate.

For students and professionals, this can be the deciding factor. Having a powerful PC at home is great, but it doesn’t do you any good if you’re in class trying to take notes. The advantages of having a portable computer are huge, and can’t be overstated.

If you’re a gamer, being able to take your latest obsession with you is a huge plus. If your roommate is studying or snoring too loud, just grab your laptop and some headphones and head to the library. Hate flying? No problem, just grab your gaming laptop, ignore the cramped seats, and head to digital Montana for some Far Cry 5.

And it’s not just gamers that benefit; having a laptop with you at all times is a huge deal for productivity too. Even with the explosion of phones and tablets, sometimes a full laptop is exactly what you need to get the job done.

Depending on how important portability is to you, you’ll want to do some research on batteries. Different laptops can have very different battery lifespans, and that will vary even further depending on how you use your system. A gaming laptop that has a dedicated GPU is going to eat through your batteries much faster than a notebook that’s only running Word.

A good example of a long lasting laptop is the LG Gram 15 which, according to LG, can last about 22 hours with light use. That’s plenty of time to get work done, and not having to worry about finding an outlet every few hours is a great feeling of freedom.

When it comes to choosing between a laptop or a desktop, there is no single right answer for everyone. Both have distinct advantages, and it really comes down to how you are going to use your new machine. If you’re interested in a powerful system and don’t need portability, a desktop PC will usually give you a better price-to-performance ratio. If it’s important to you to be able to be mobile, a laptop is clearly the answer, even if it’s a little less customizable.

Whether you choose a laptop or desktop to help with school or work, having the right tool can be critical to your success. Choose wisely.

Check out our complete Back to College 2018 Buying Guide 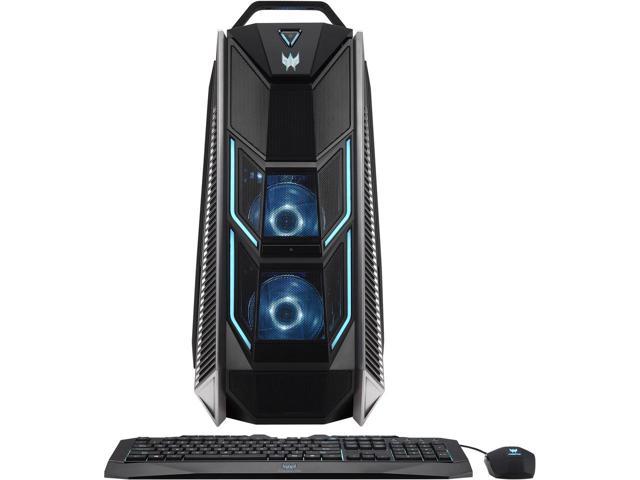 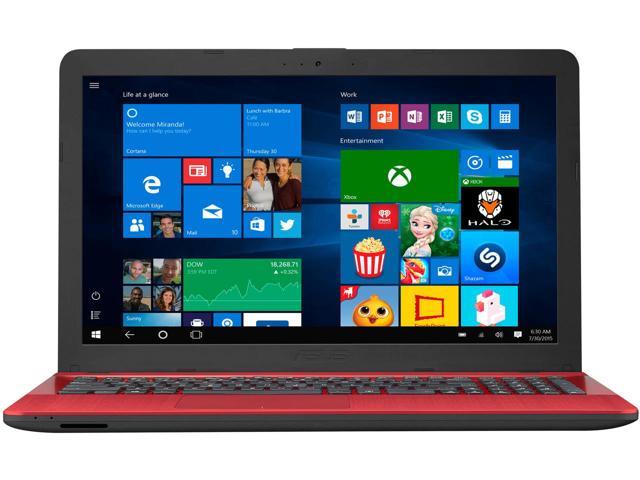 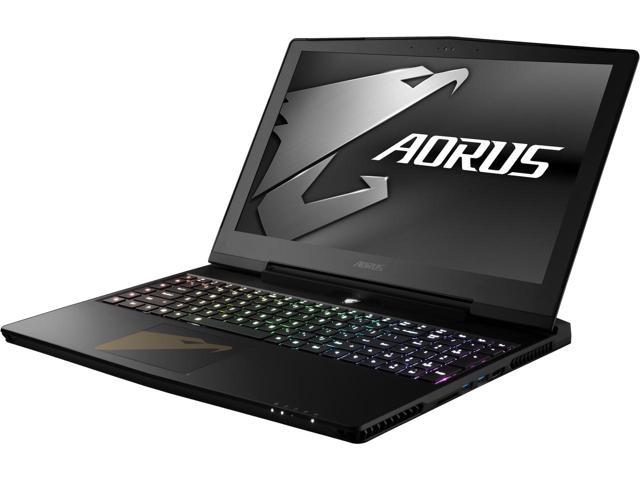 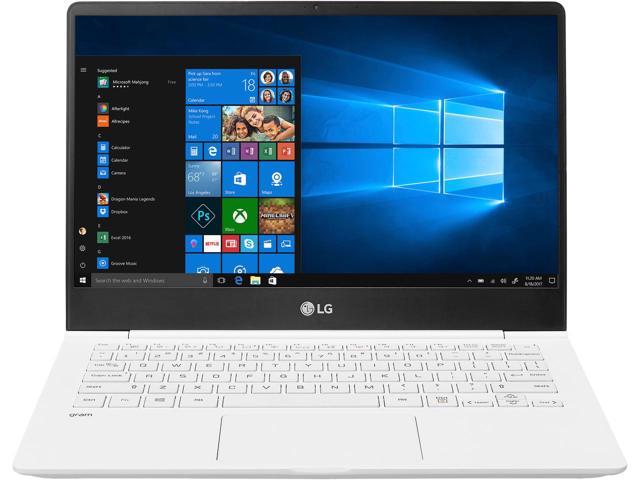 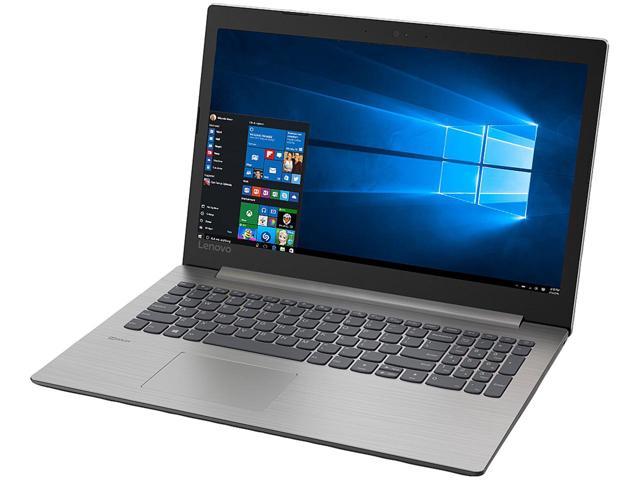 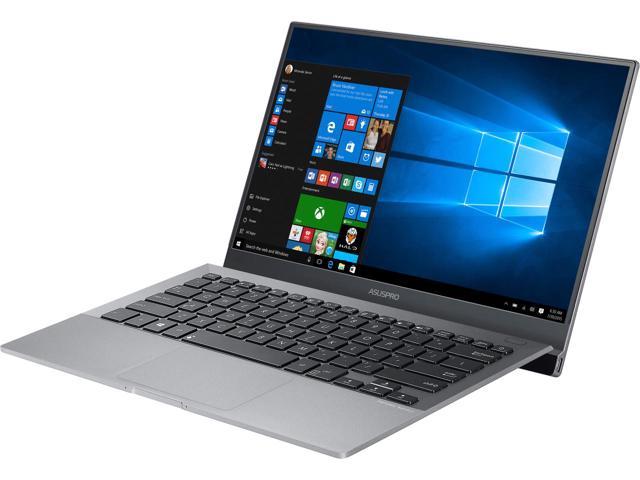 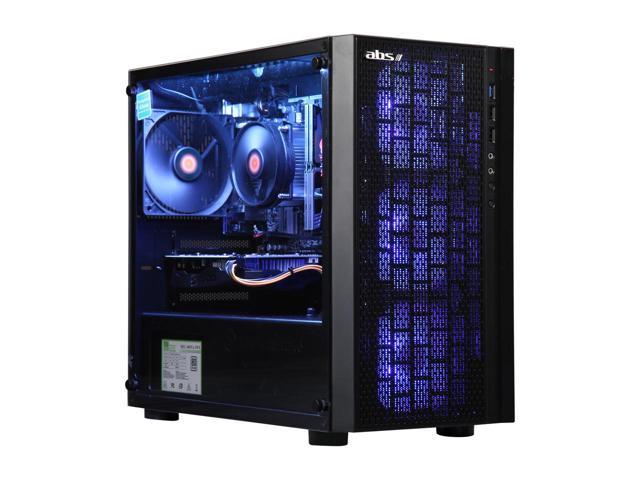 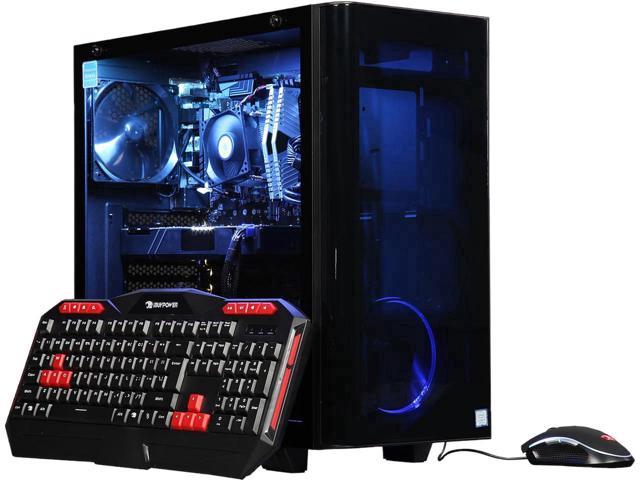 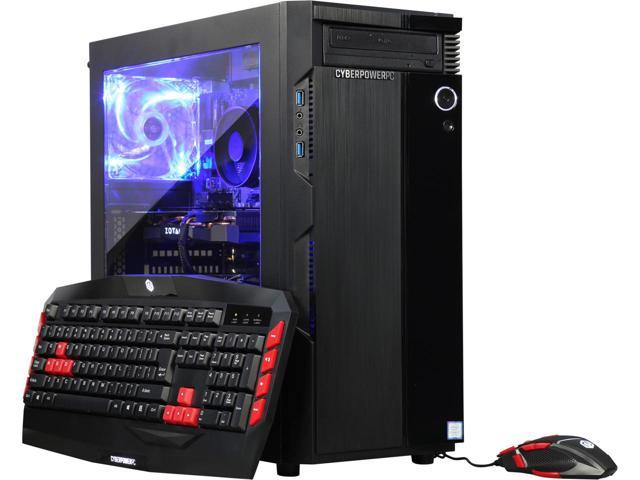