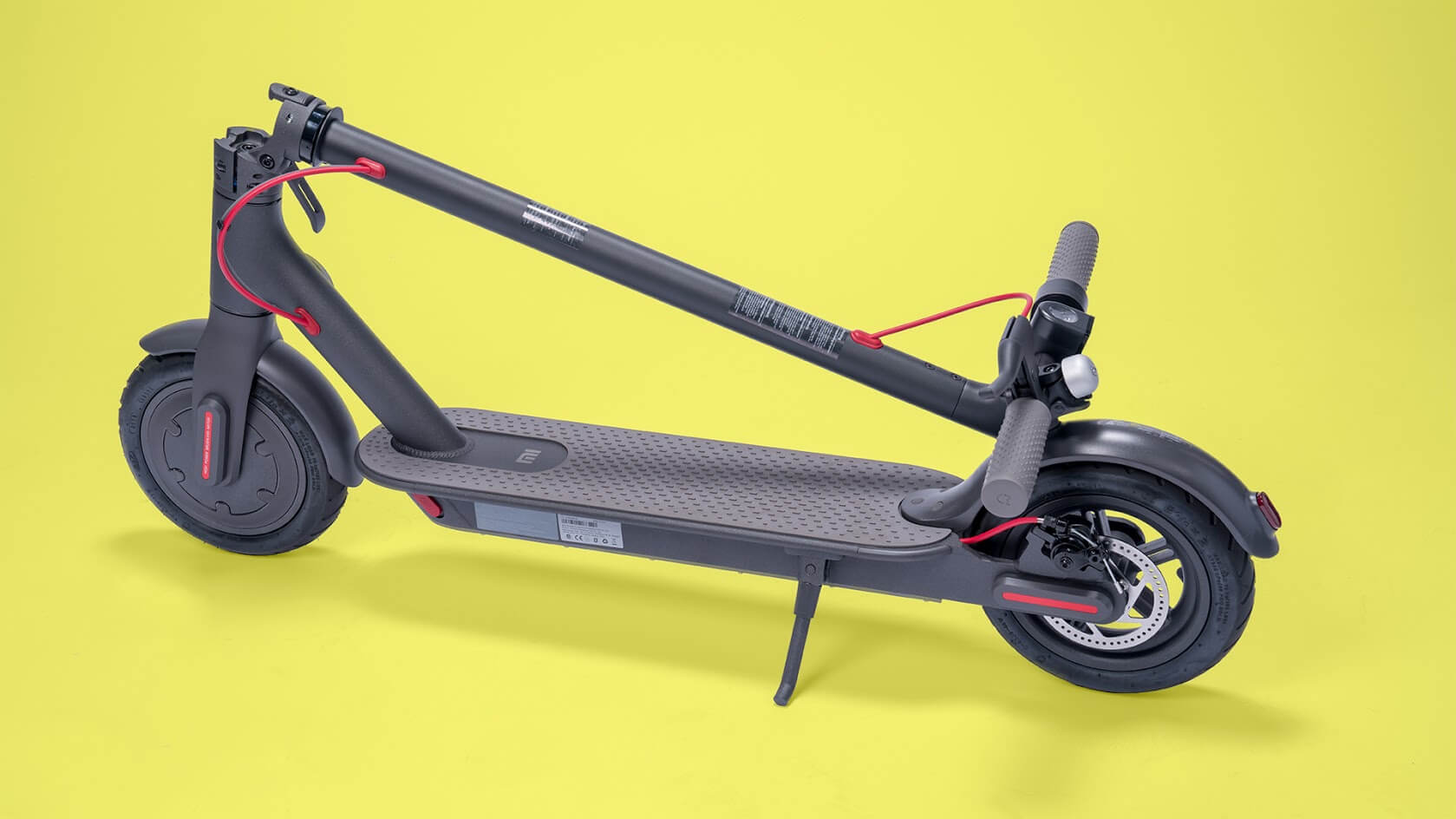 By Justin WooNovember 5, 2018No Comments 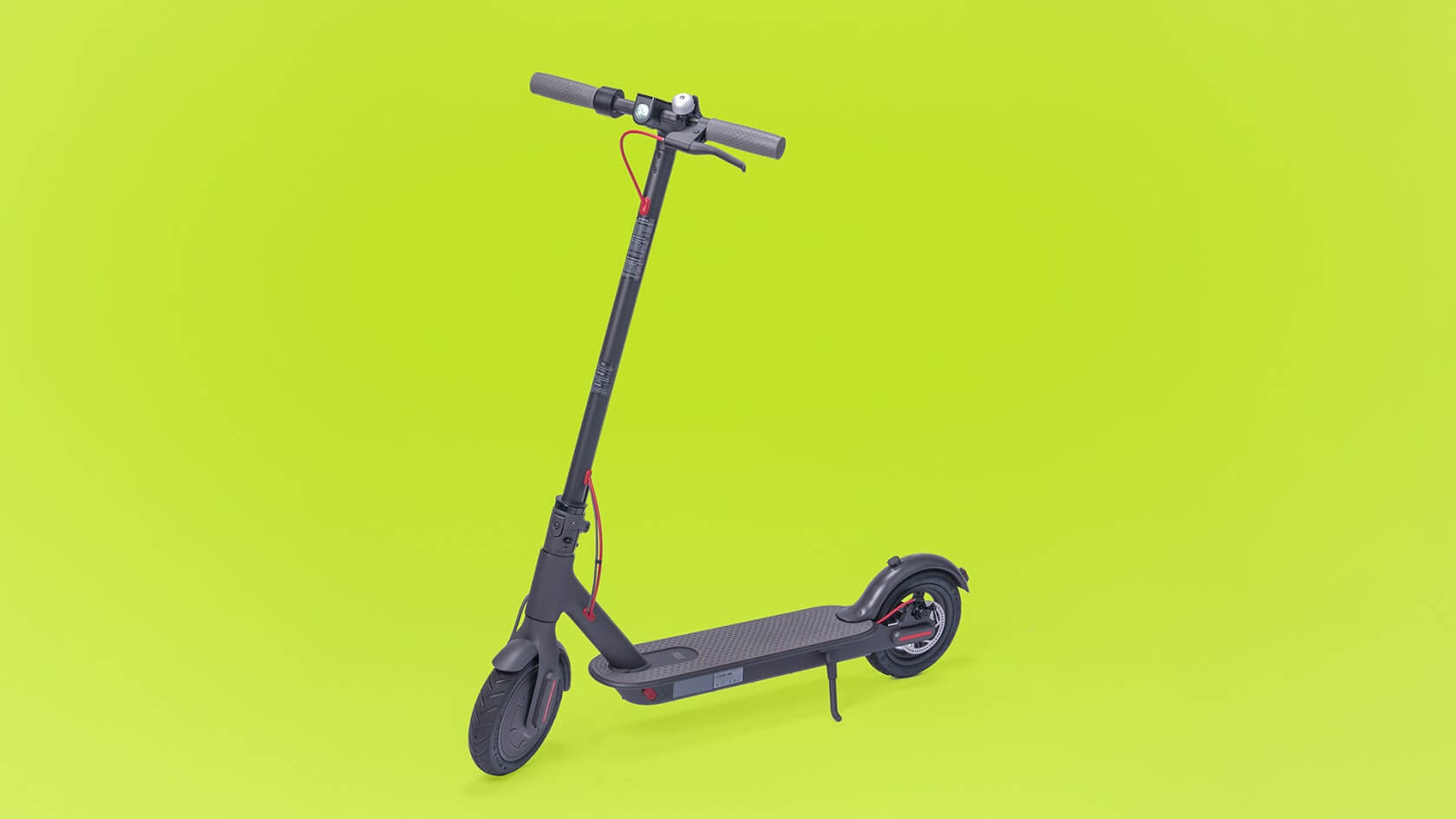 Xiaomi, the Chinese manufacturer better known for their cell phones, has released the Mi, a compact new electric scooter. At only 44 inches high and 42 inches long, it weighs in at 12.5 kg (27.5 lb) and travels along at a zippy 25km/h (15.5 mph). For comparison, that’s about the average human running speed.

To prevent human running speed from turning into human crashing speed, the Mi features front and back wheel brakes. The braking system is also regenerative, which adds life and range back into your battery. This is the sort of feature you see on vehicles from the humble Toyota Prius to epic Formula One racecars.

Xiaomi claims that this system adds to your range, which tops out at 30 km (18.6 miles) on a single, full charge. For comparison, that’s the length of the island of Manhattan (13.4 miles) and then some. But keep in mind that your range is dependent upon the kind of terrain you’re traveling over. Hills are going to sap your battery faster than flat ground. It also has a power saving mode that will add a few miles to your range. Battery life is visible via LEDs above the power button.

Speaking of New York, I’m seeing tons of delivery guys riding around electric bikes this year, and the Mi comes off as the funky hipster version. There’s a definite urban appeal, especially for folks who are sick of the subway. And much like those electric bikes, you just need to give it a push before the motor engages. 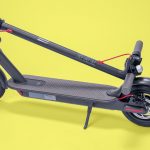 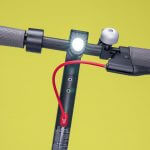 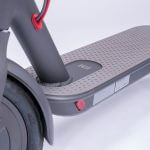 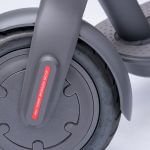 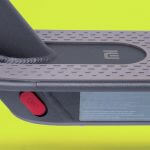 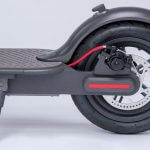 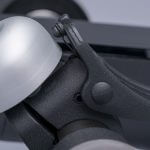 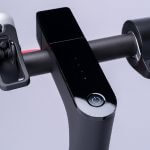 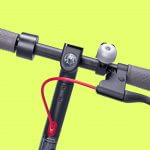 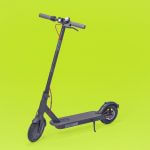 Like almost every gadget these days, the Mi can connect to your phone via Bluetooth, and has its own app. The app controls features like cruise control, energy recovery strength, and scooter locking (more on that below), as well as providing speed and mileage data.

When you lock your scooter via the app, it locks the brakes, making it harder to ride away with. Also, if the wheels move, it beeps loudly. However, this will not stop a thief from simply picking up the scooter and walking away with it. Don’t be reckless with your $499 electric scooter; use a bike lock.

The Mi also sports as single white front headlight and a red brake tail light. The brake light flashes while braking to alert pedestrians and motorists that you’re slowing down. Using the app, you can also set the tail light to “always on” for nighttime visibility.

The Mi won the coveted 2017 Red Dot “Best of the Best” award, putting it in league with luxury brands like the Hasselblad (medium format cameras) and Apple (for the Airpods) as well as funky designs from HP’s Omen line of PCs. And it looks the part, with its carbon gray (or white) and crimson stylings. It also folds up and locks in place, but since it’s 27 pounds, you probably won’t want to carry it too far. Folded up, it’ll fit conveniently into a car trunk, an elevator, or under a table in your office.

Fast and fun, the Mi scooter looks like a pretty snazzy unit. At $499, it’s definitely an upscale item, but could work great for urban professionals looking for a speedy addition to a public transit commute, or kids who think their scooters would be cooler if they came with an app.