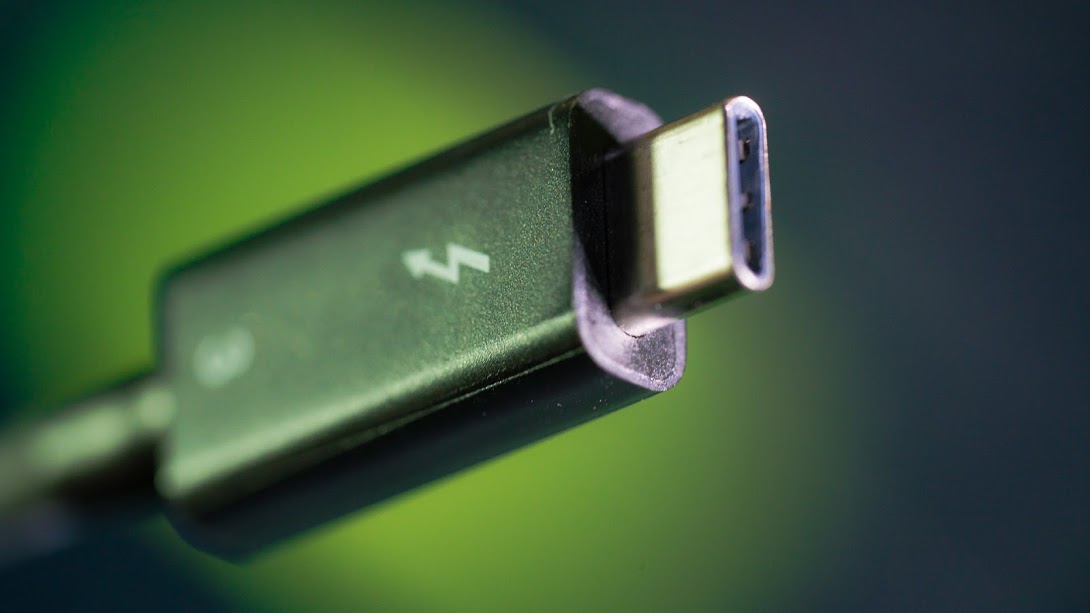 What’s so special about Thunderbolt 3?

The most important thing you need to know about Thunderbolt 3 is that it represents a tremendous leap in wired interconnectivity. With 40Gbit/s of bandwidth, the ability to deliver data, video, and power over the same cable, it will profoundly change the way users interact with devices reliant on video and data transfer.

In order to understand where Thunderbolt 3 is today, we’re going to cover the history of this unassuming little port. If you want to get straight into specs, feel free to skip the following section.

A History of Connectivity 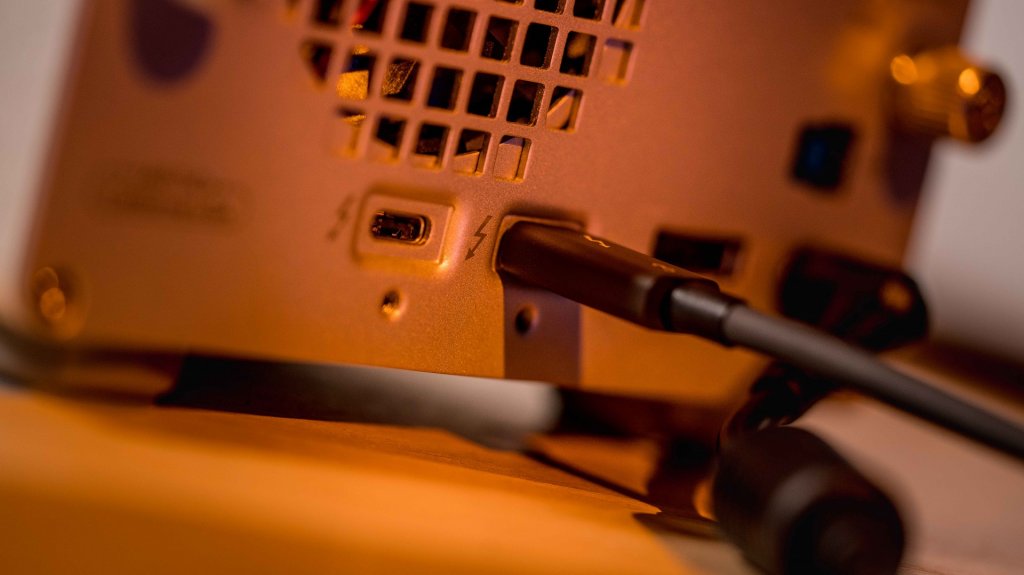 Although third generation Thunderbolt is relatively new to the market, (some of the first Thunderbolt 3 devices became available in late 2015) the basic idea wasn’t even born in this decade.

The very first iteration of what would eventually become Thunderbolt debuted in 2009. Intel demonstrated that one cable could interact with multiple downstream devices by simultaneously sending HD video to a monitor while also sending data to a hard drive.

That’s not a huge deal by today’s standards, but it was seriously impressive for the time.

Thunderbolt™ eventually became the official name for the technology, and in 2011 the first products supporting it shipped. Thunderbolt supported 10Gbit/s of bandwidth and utilized the Mini DisplayPort connector. In 2011 Apple launched new SKUs of the Macbook Pro which were the first commercially available products with Thunderbolt capability, and followed that with announcement of Thunderbolt-capable iMacs later that year. 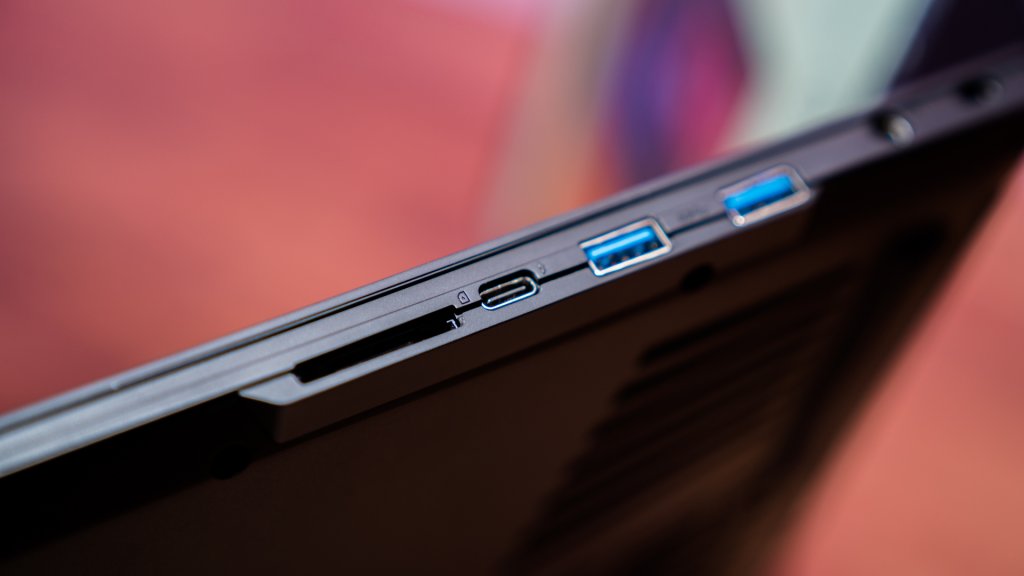 Thunderbolt™ 2 was announced in 2013, and offered 20Gbit/s (double that of its predecessor,) by optimizing and aggregating data sent over the cable’s multiple channels. A key feature of Thunderbolt 2 was always backwards compatibility, and Thunderbolt 2 used the same cables as the original Thunderbolt.

Apple was among the first companies to release products supporting the new protocol, with its 2013 Retina Macbook Pro laptops. The first PC manufacturers to bring Windows-based products to market released Thunderbolt 2 based skus that same year. 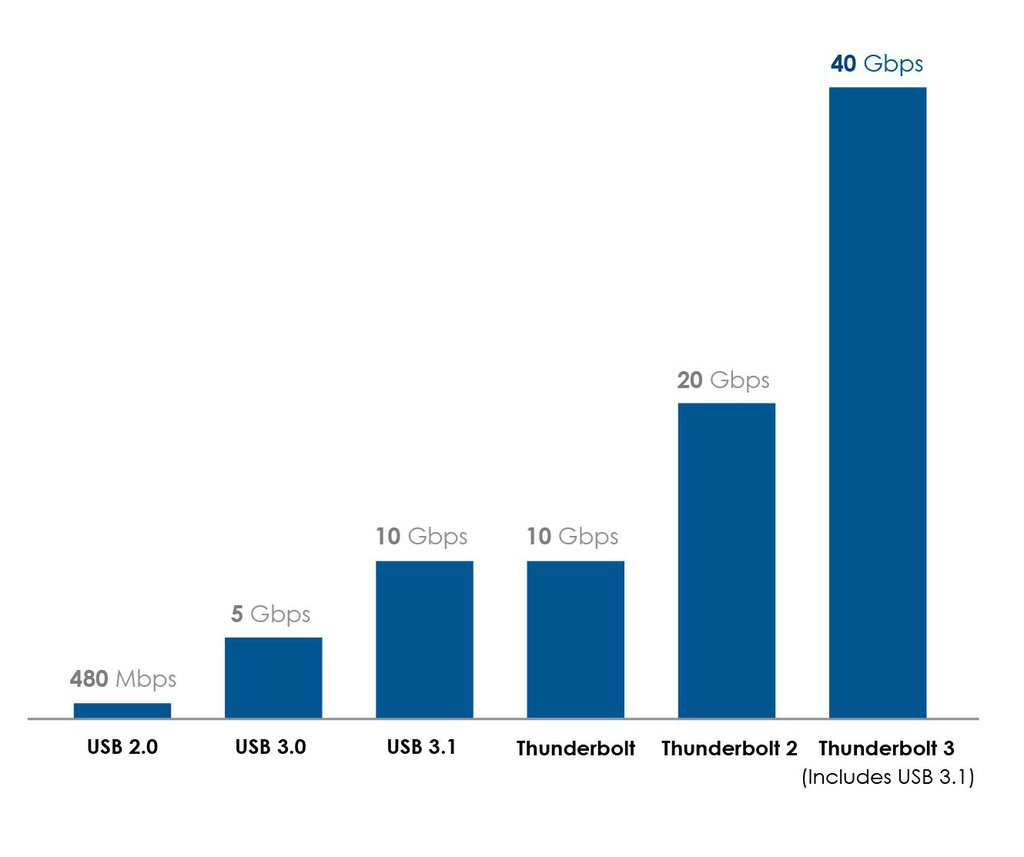 Intel announced Thunderbolt™ 3 during a keynote speech at Computex 2015. Thunderbolt 3 switched away from a Mini DislayPort connector to a USB-C type connection, and is capable of data transfer speeds of 40Gbit/s.

While historically Thunderbolt and Thunderbolt 2 had narrow adoption, Thunderbolt 3 has already become more common than its predecessors. At this point most major PC makers have launched products with Thunderbolt 3 support in form factors like desktops, AIOs, mini-PCs, and laptops, while Apple has included support in all of their current generation MacBook Pros and iMacs.

Thunderbolt 3 is a hardware interface that combines a number of different data transfer protocols and standards into a single physical interconnect for a variety of peripherals and accessories. It uses the industry standard 24-pin USB-C type connector, but is capable of much more than standard USB 3.1.

Supported standards and protocols include:

In addition, Thunderbolt 3 provides an overall data transfer speed of 40 Gbit/s via bi-directional cables, and up to 100W power to a computer, as well as 15W to additional devices over the connection. It is also capable of maintaining a daisy-chain connection of up to six different Thunderbolt devices through a single port.

This means that a Thunderbolt 3-capable computer can drive two 4K monitors at 60 Mhz. It can quickly transfer large files to an external storage device, or can connect to an external graphics (eGFX) device to play the latest games on a thin and light PC. 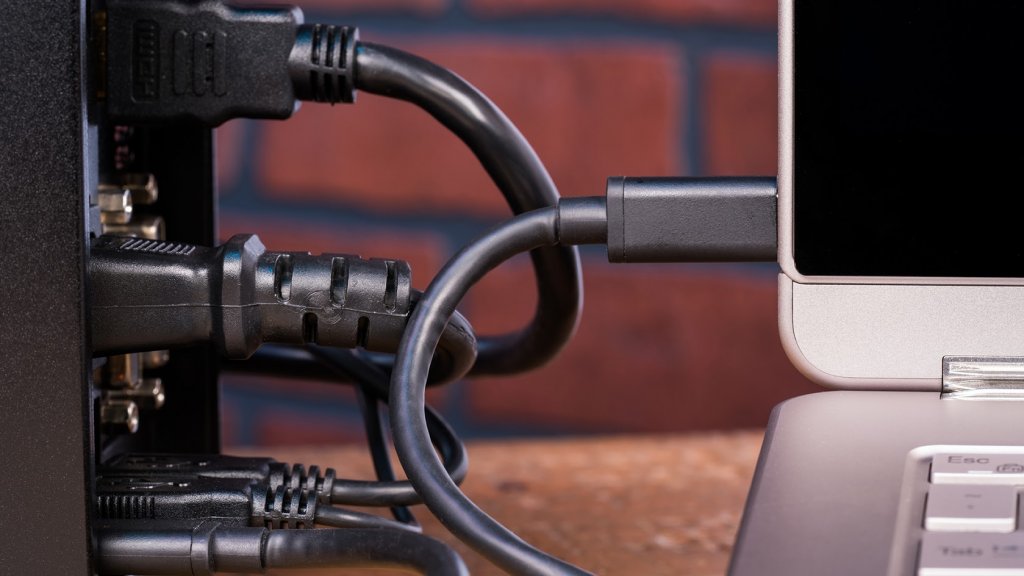 There is often confusion about the distinction between USB-C and Thunderbolt 3.

Thunderbolt 3 is what is known as an “alternate mode” of the physical USB-C cable. Alternate modes work by re-assigning a number of pins on the connectors of a cable to different functions. Essentially, a computer that is able to use the Thunderbolt 3 alternate mode “sees” the USB-C connector differently. This “seeing’ is done by a microchip known as a “controller.”

A computer can have a USB-C port, but lack a Thunderbolt 3 controller, meaning that a system could support USB 3.1, but would not support Thunderbolt 3.  However all Thunderbolt 3 ports are also USB3.1 ports due to Thunderbolt’s support of USB 3.1 so choosing PCs with Thunderbolt 3 capability insures you have the superset of features supported.

What you should know about the different Thunderbolt 3 cables

Optical cables, while not yet available for Thunderbolt 3, have been produced for both earlier generations of Thunderbolt, and are capable of being much longer that either active or passive copper cables. Depending on the manufacturer, optical Thunderbolt 2 cables could have a maximum length of up to 60m. However, optical cables are unable to transmit any sort of electrical current, which is their major disadvantage when compared to copper cables. Any connected devices would thus need their own power source. Theoretically, optical Thunderbolt 3 cables would have similar capabilities to previous generations.

Adoption and Use Cases 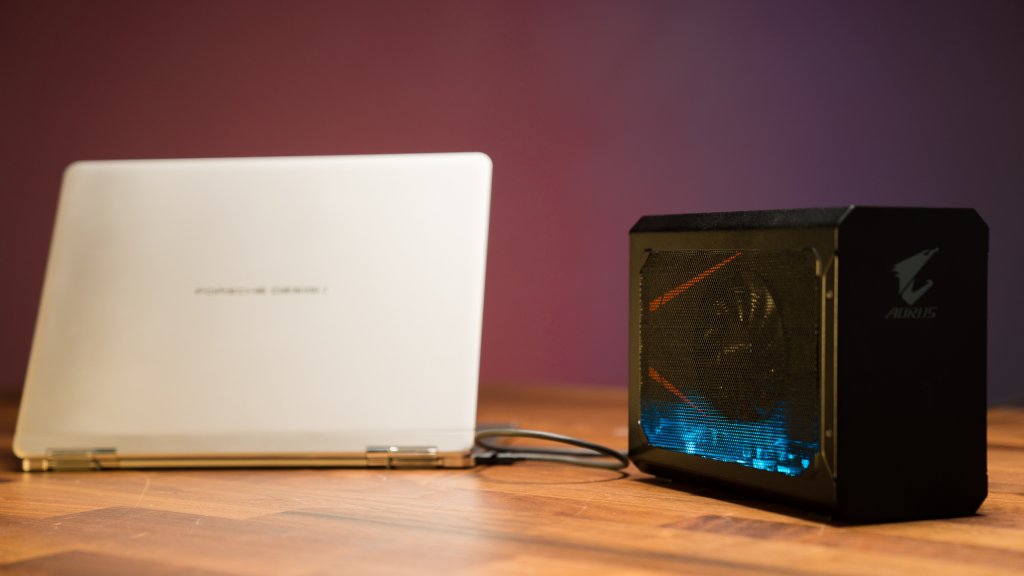 Thunderbolt 3 is the most successful version of the technology yet, and at this point nearly every player in the laptop market has produced a system with TB3 support, including (but not limited to) HP, Razer, ASUS, ACER, Lenovo, Dell, Alienware, Gigabyte, MSI, Vaio, and of course, Apple.

While there are a variety of USB-C accessories already on the market that will work in a Thunderbolt 3 port, there are Thunderbolt 3 specific devices that take advantage of all the speed and bandwidth the technology has to offer.

External storage is one of the first applications that comes to mind when thinking about Thunderbolt 3’s 40Gbit/s transfer speeds. In moments, massive amounts of data can be moved to external storage for backup and long-term retention. 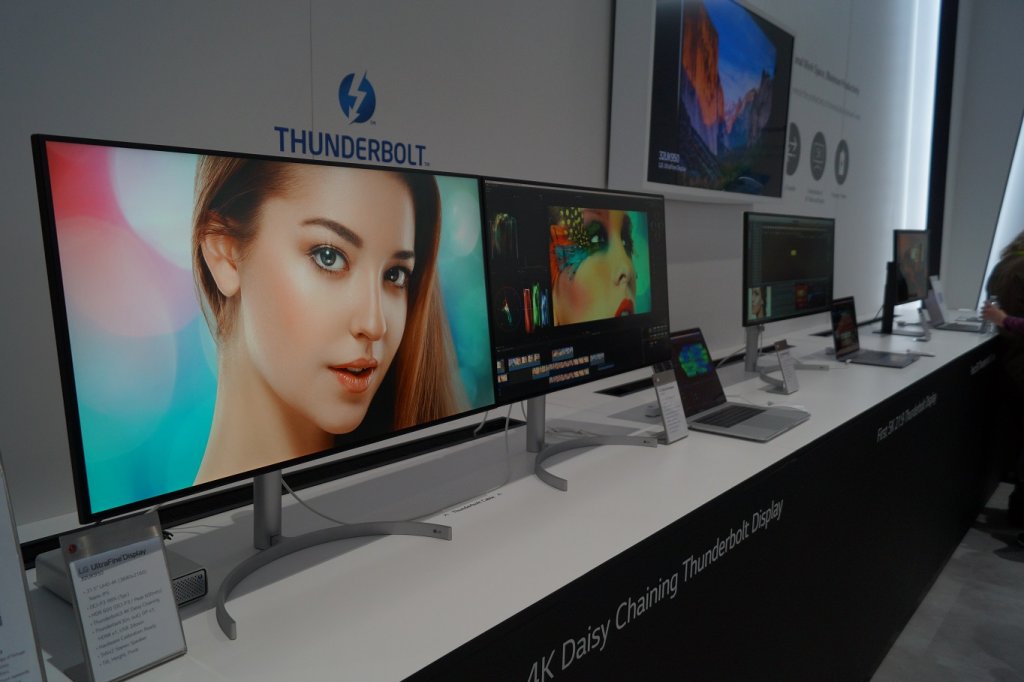 Since Thunderbolt 3 natively supports DisplayPort 1.2, there’s a small but growing number of monitors on the market that accept a direct Thunderbolt 3 connection, and can be driven at 60Mhz for one or two 4K monitors. Additionally there are a variety of dual video adapters and docks that allow a Thunderbolt port to connect to two DP or HDMI monitors.

For laptop users, Thunderbolt 3 has led to a new generation of mobile docks. Connecting the single Thunderbolt 3 cable from a dock to a compatible laptop gives the user access to all of the accessories plugged into the dock, and can provide enough power to charge the laptop, as well. Docks typically have some number of additional USB ports, an Ethernet port, a power supply, and some kind of video connection. Some have built in media card readers, and other, less common connectivity options.

Most excitingly, the massive bandwidth and integrated PCIe capability of Thunderbolt 3 has opened up a whole new frontier for laptop owners who also want a high-end gaming experience.

The emerging External Graphics (eGFX) market has given laptop gamers a variety of ways to enhance their Thunderbolt 3 laptop with the power of a desktop-grade graphics card. These enclosures are designed to fit GPUs more commonly found in gaming PCs, and through Thunderbolt 3 they can be integrated into a laptop system. Many also double as complete laptop docks, providing connectivity for gaming mice and keyboards through the same cable, and for external monitors via the video ports on the graphics card itself.

Intel’s Thunderbolt 3 is an exciting development, so expect to see it incorporated into more future hardware. We’ll have plenty of updates as support for this technology continues to increase.