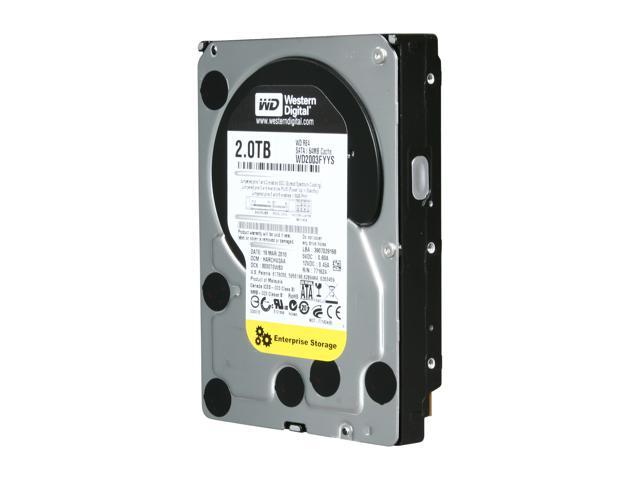 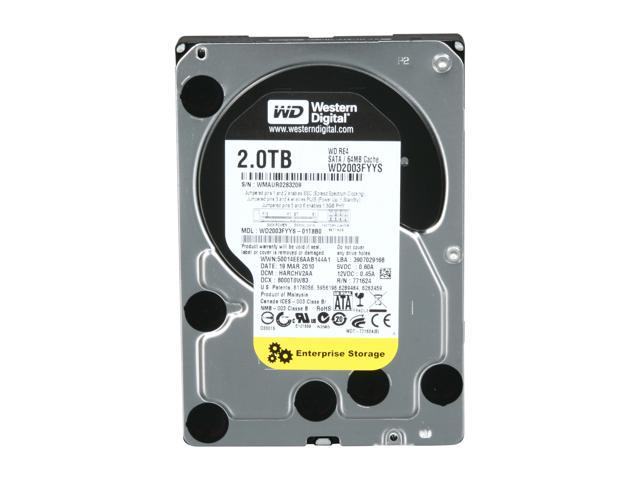 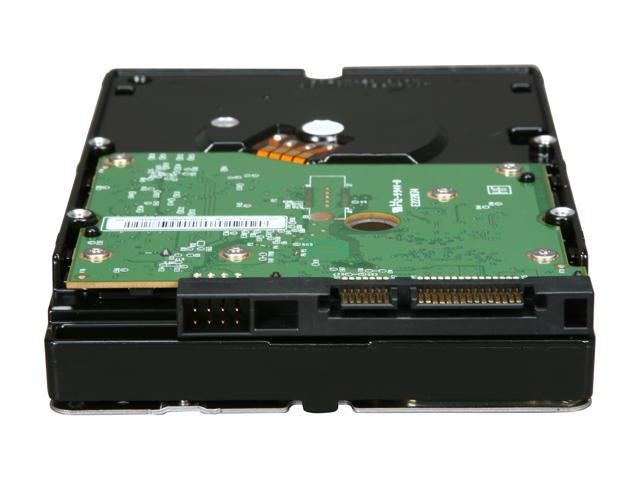 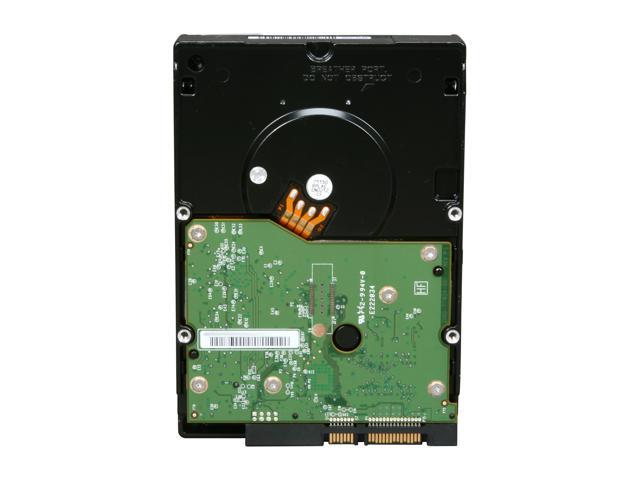 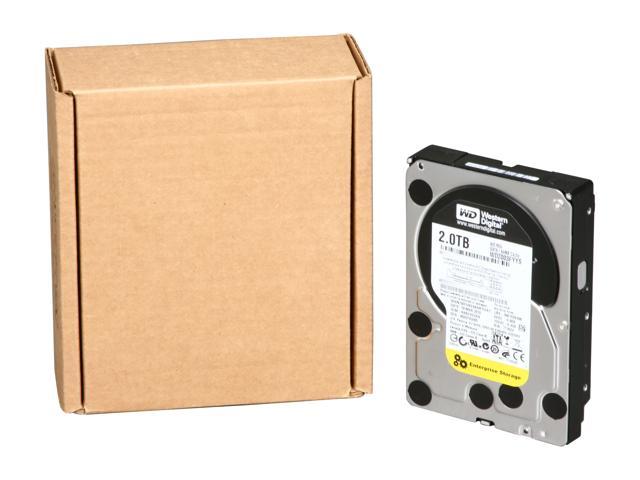 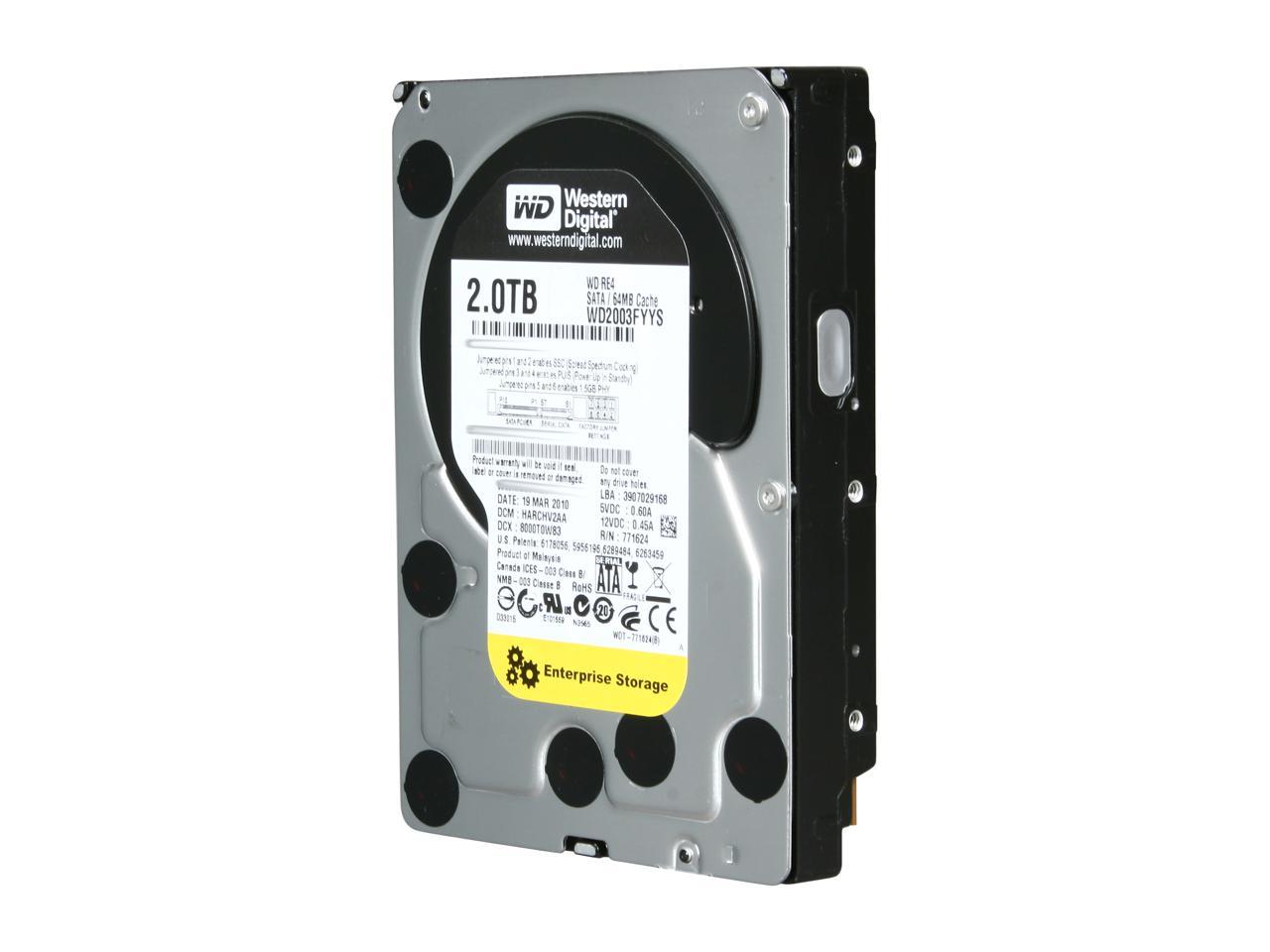 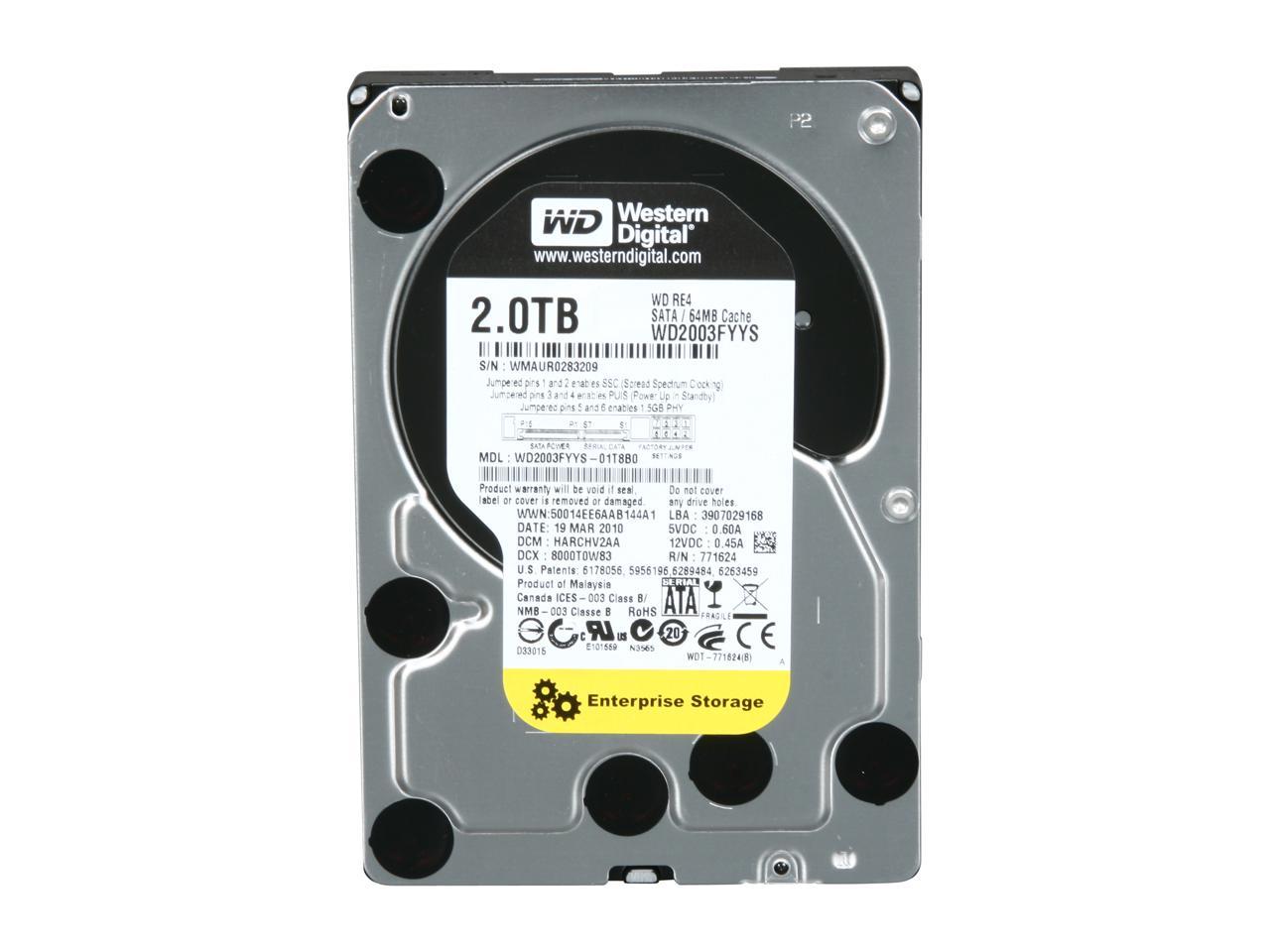 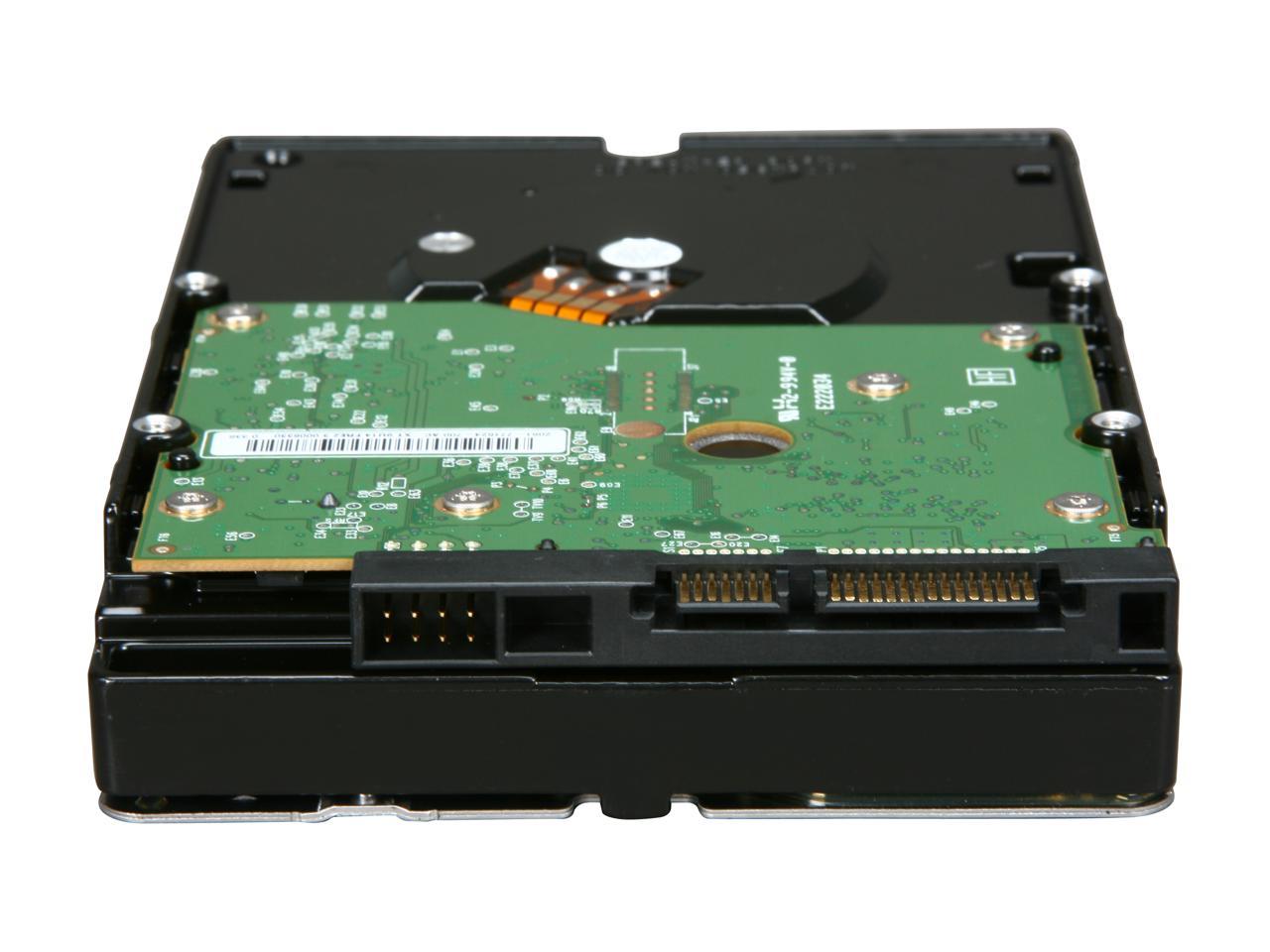 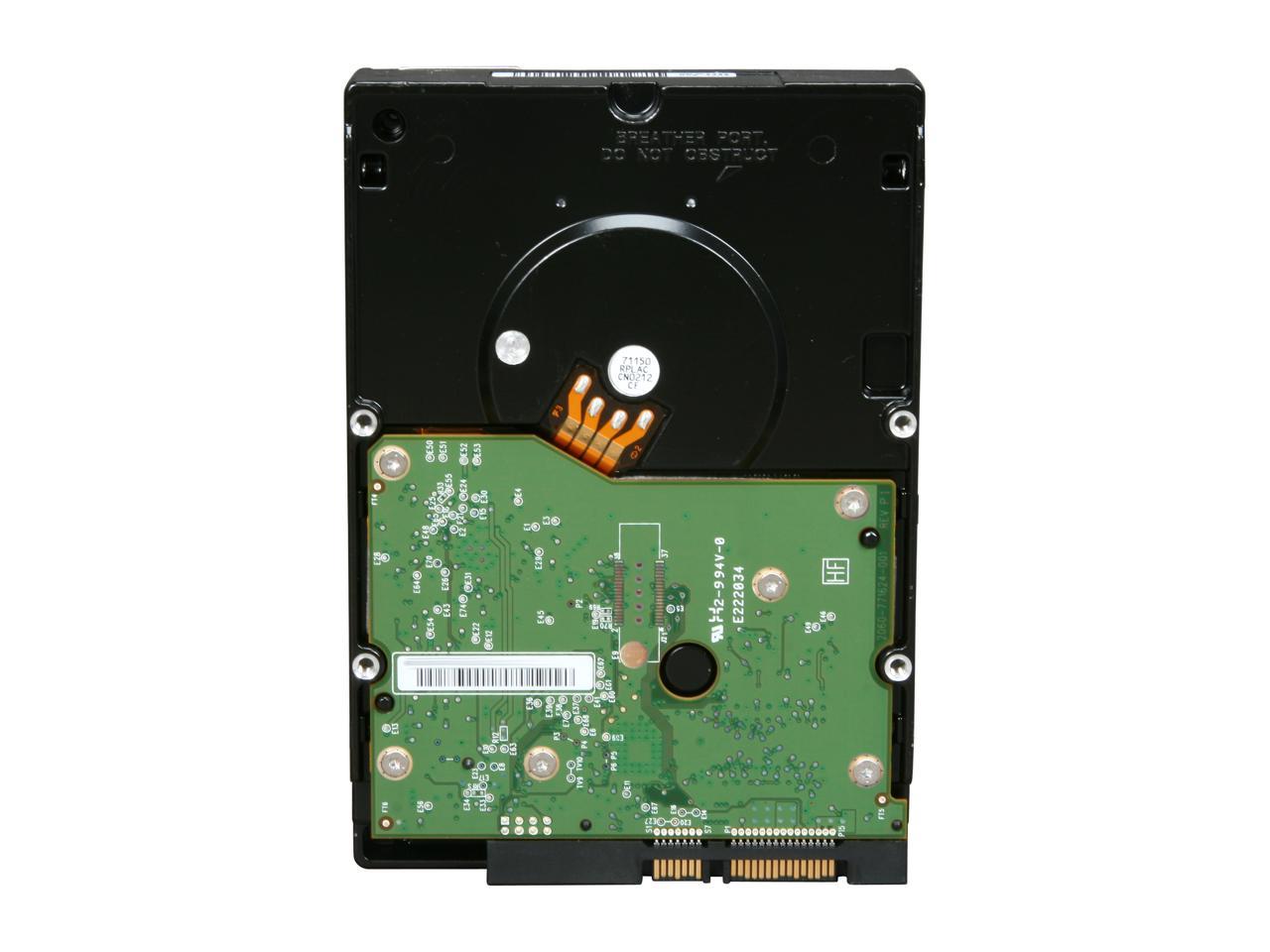 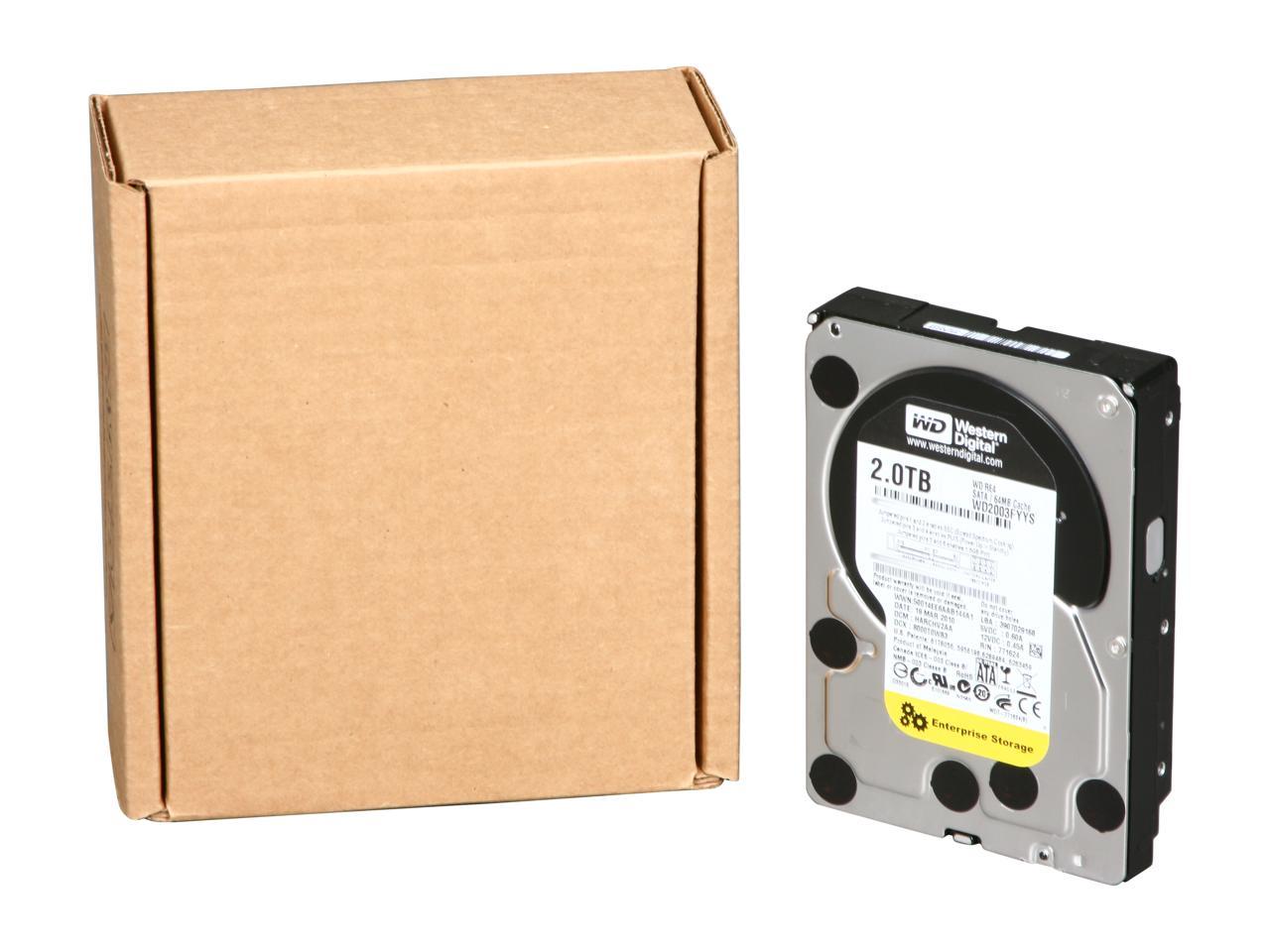 Pros: The speed and reliability of WD's Black series drives are top-notch. The 5 year warranty is the reason to buy this drive in my opinion. The performance is very good but it's not worth the price premium over stuff like their Blue series. However, that 5 year warranty is. I've owned many different WD Black drives over the years. Never had one die on me.

Cons: As with all high performance drives, it's a bit on the loud side. Nothing too bad though. Price is a little steep - you pay extra for that warranty.

Overall Review: I won't buy a HDD without a 5 year warranty anymore. Too many bad experiences with drives that only came with a 2 or 3 year warranty. Better to pay a small premium now for the warranty than to need a whole new drive in 3 years. I'm using this drive as the main storage for a simple office work rig that I just built.

Pros: 500GB of enterprise level storage. Five year warranty! Purchased this to replace a failing drive in a customer's workstation. The existing drive was a standard consumer drive with only a two year warranty (which had already expired) so to have a drive made to run 24/7 and has a five year warranty made my customer feel better

Cons: The plan was to clone from the old drive to the new one over USB2.0 using Acronis 2013. However Acronis would report I/O errors on the new drive. When I would boot the old drive, Windows 7 would recognize and format the new drive without problems. I tried booting off of a Parted Magic disk to use clonezilla, but that failed to boot. After much troubleshooting I attached the new drive directly to the SATA port on the motherboard and Acronis was able to clone without error (The only spare SATA cable I had at the time was no longer than my thumb so it was the last thing I tried) I believe there was some problem between the BIOSTAR motherboard, my USB enclosure, and the new drive. Never having this problem before I am unsure as to where the blame lies. The drive has been running fine since the install a few days ago.

Overall Review: I am wondering if the DOAs others have mentioned are due to some obscure firmware issue on these drives not playing nice with random hardware configurations. Something I was unable to try at the time of install was to use a jumper to drop the speed down to 1.5GBs.

James A.
Ownership: 1 week to 1 month

Pros: Speed is incredible on this drive. I'm extremely impressed with this drive. Twice the speed of my previous Sea**** drive. It's suppose to have a much longer lifespan than the average drive. Not loud at all when writing large files.

Overall Review: I love this drive. It makes me want to buy as many as possible. WD actually made a product that impressed me.

Pros: Decent price for the feature set and size, at the time of this review. A month in and no warranty issues.

Cons: This server is located out in the warehouse and their IT guys want nothing to do with it. Can't even run MS Windows. Just venting, nothing wrong with the drives I am rating.

Overall Review: Purchased four with the company's account but since I had direct control over purchasing and install, I posted the review. Purchased to replace 4 bad Seagate Barracuda ES.2(SATA) drives. Two failed about the same month, RAID controller said the third was showing signs of massive sector relocation, and the 4th was only in the low triple digits. Now that I think about it; as the RE4 are meant for long term 24/7 usage, a month in seems a bit premature for a review now...

Cons: not as cheap as it once was.

Cons: After the computer has been asleep for a while( more that a few minutes ), the drive is missing when it wakes up. Have to restart the system to get the drive back.

Overall Review: After my second RMA on the 1.5TB, WD upgraded me to this drive.

Pros: Before I tell you WHY cost skyrocketed and why it WILL DROP down, read introduction: This magnetic HDD is top notch and works fine whether RAID or nonRAID (RAID-optimized means its TLER setting in firmware is adjusted to play well with both consumer & professional/corporate RAIDs, but it WILL work fine in nonRAID). But cost rollercoaster has nothing todo with what some people assumed. There was mass flooding in Thailand in November2011 (?), multiple HDD makers were knocked off, of them WesternDigital was totally submerged by floodwater, approx. $800 Million lost in CNC machines and capital equipment. Guess what? Recently 2nd flooding hit Thailand. The short & skinny of it - RE4 series drives are in very high demand but supply is temporarily lagging behind due to damaged factories. Same applies to Hitachi, and magnetic head makers. Prices WILL DROP to normal by Spring 2012. These were $80 Summer 2011, now you see it's 2x higher

Cons: None. Just people who don't know how to use high-end HDD's properly

Overall Review: Price was even higher last week, $200+, thanks to Newegg it it's being corrected while some other merchants continue selling RE4 at over $200 or sell refurbs. Also see limit is now 20 units/order. Which means WD's factory in Thailand is regaining production (it wa slike 5 drives per person a few weeks ago). Whatever lazey say about Capitalism, this is one great feature of Capitaluism: If there's demand, you bet the product will be throttled back onto market, efficiently. In my country any such heavily damaged factory like one WesternDigital LOST TOTALLY in Thailand, would take forver to recover. WD took only a few months to rise up from knocked dfown situation last November. 3-4 feet under water. Did you see Thai workers SWIMMING to their workplace in boats instead of walking?

Pros: This is a correction to my post below. After having another reconditioned replacement sent by WD go bad I called WD and got the following information that may help. The RMA replacements are "reconditioned" and in my experience most likely not very thoroughly checked by WD. In my experience all the replacement drives did spin up and worked, however I was getting errors on the RAID array. After checking with HD Tune all had quite few bad sectors. Now with that said, WD will replace the faulty RMAs and will pay for shipping. You have to call to get the free shipping label. Secondary, and more importantly, you can get back the 5 year warranty if you send WD copy of your invoice. So it is correct that you will have 90 days warranty on the replacement, but if you send support e-mail with the invoice they will enter the original warranty in their records.

Cons: Bad quality control on HDs that should be the top priority for WD being Raid Edition and Enterprise grade.